‘Roll your lip back up’: What does this Russian expression mean? 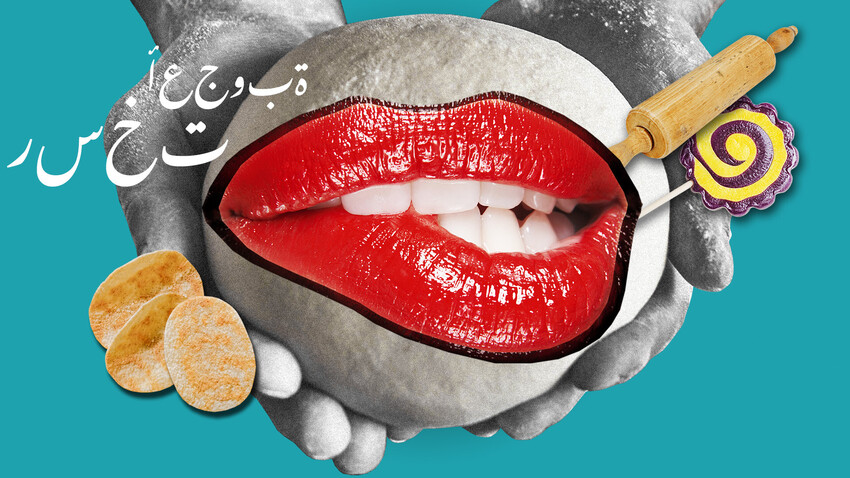 Living in the post-Soviet space, it’s not difficult to imagine the following scene: somewhere in the candy aisle of a grocery store, between the chocolate and chips, there’s a child, who’s on the verge of throwing a tantrum right there, their tantrum bordering on uncontrollable hysteria, because they can’t have both the chocolate and the chips and whatever else they can reach. Next to the child is the mother, visibly irritated by the performance and barking back: “Ишь чего захотел. Закатай губу!” (“Ish’ chego zahotel. Zakatay gubu!”). “Ish’” is a sort of exclamation in Russian, which makes the first half of the phrase into a sort of sarcastic “Well, just look at those demands!” The second part - “Zakatay gubu!” - literally means: “Roll your lip back up!”

The expression, of course, refers to the pouting child’s lower lip, which they must change back and stop the scene at once.

This literal representation of the expression may seem accurate when you’re trying to describe a situation in which someone wants something very badly, but can’t have it. However, the origins of the expression actually have little to do with childhood tantrums.

This theory was proposed by Nikolay Vashkevich. It comes down to the notion that the phrase was borrowed from an ancient Arabic idiom, roughly translated as: “to not harbor illusions” or “to not expect too much”. 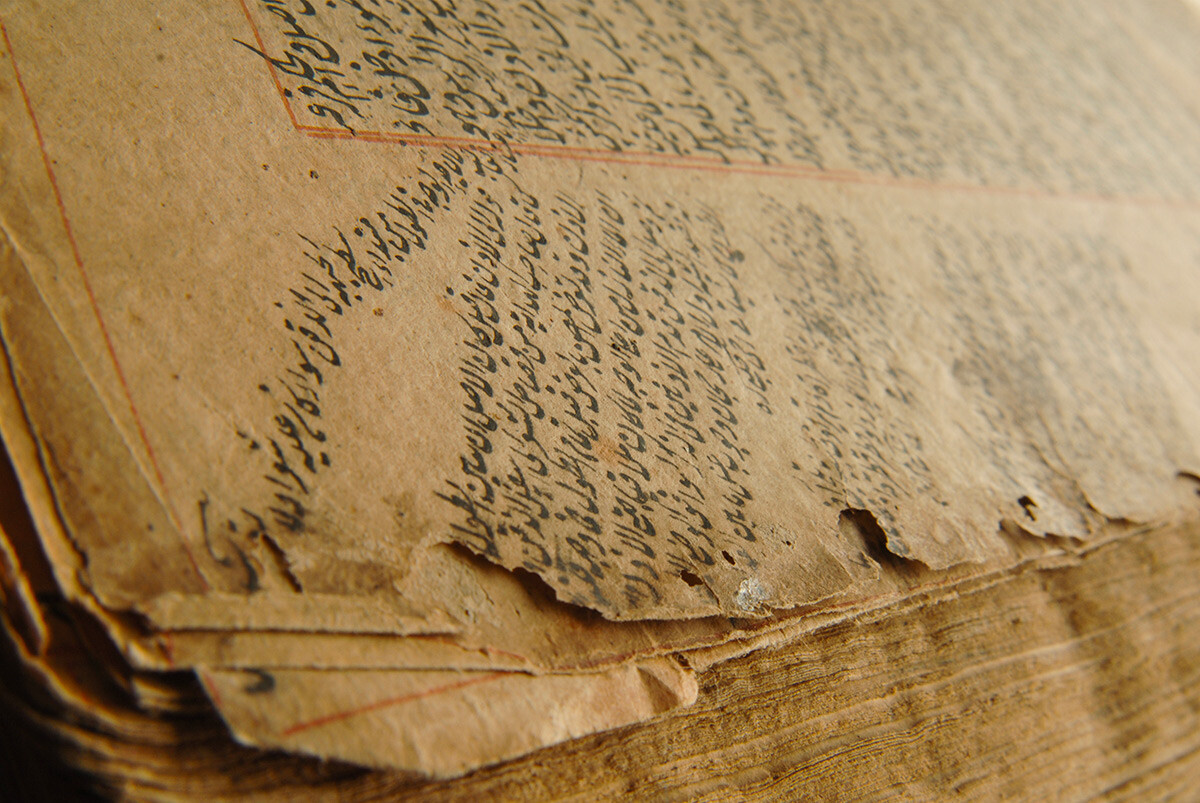 The first part of the original expression (“ أعجوبة” ) is translated as: “that, which is unpleasant”, while the second (“ رسخت”) - “to establish/actualize oneself”, but read backwards, making it mean “to lose” (Arabic writing is read right to left, but at some point, Europeans read it their way - from left to right). As a result, the phrase took on the meaning: “to establish what one wishes, but lose it” or “to want something really bad, but lose it”. This brings us closer to the more straightforward etymology of the mutated version of “to roll the lip”. But, we’re still left with the question: what do lips have to do with anything?

According to this theory, the expression appeared in the culinary world, where we find our direct relationship with the “lip”. Except it’s not the lip that we traditionally think of - but one that’s tied to Russian kalachi - baked wheat flour bagels, which date back to the medieval days of Old Rus’. The ancient-Russian “fast” food had a round shape, but had a thick “lip”, as well as a thin part - a sort of handle one used to hold it with. 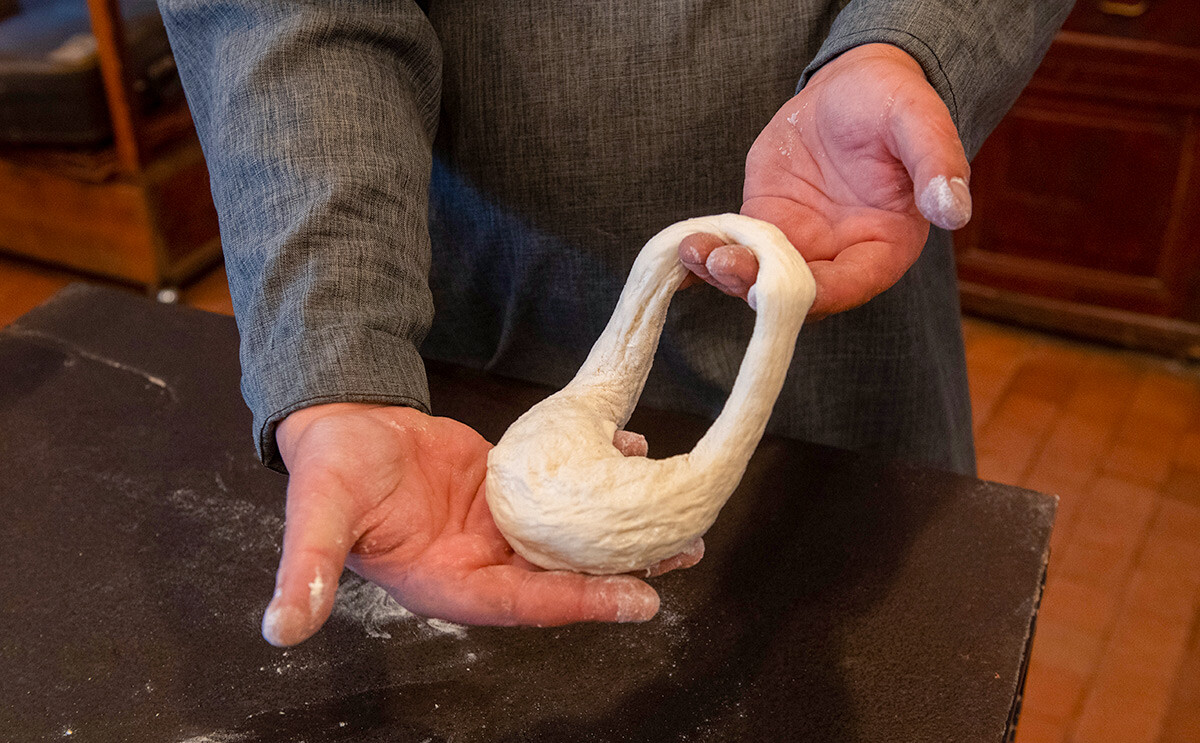 An incision would be made on the “lip”, in order for the kalach to bake through well and not burst. This incision was rolled-out (“raskatat’”) and sometimes filled with sugar, nuts, honey and so on. The “lip” was then rolled back up (“zakatat’”). However, in time, the expression began to symbolize something not easily attained. Perhaps, the key contributor to this was the idea that the kalach - a white, freshly-baked bread - was not something everyone could afford. Paired with tea, it symbolized a comfy existence.

“Raskatat’ gubu” - To roll out the lip

Throughout the ages, the Russian language has adopted numerous sayings and proverbs with a similar meaning to “roll your lip back up”. Here are just some of them: “Пустить слюну” (“Pustit’ slyunu” - “to drool”); На чужой каравай рот не разевай” (“Na chuzhoy karavay rot ne razevay” - “Don’t open your mouth at the sight of another’s loaf”), “Не разевай роток на чужой кусок” - (“Ne razevay rot na chuzhoy kusok” - very similar to the previous expression), “Губа не дура” (“Guba ne dura” - “The lip isn’t a fool”) and so on. 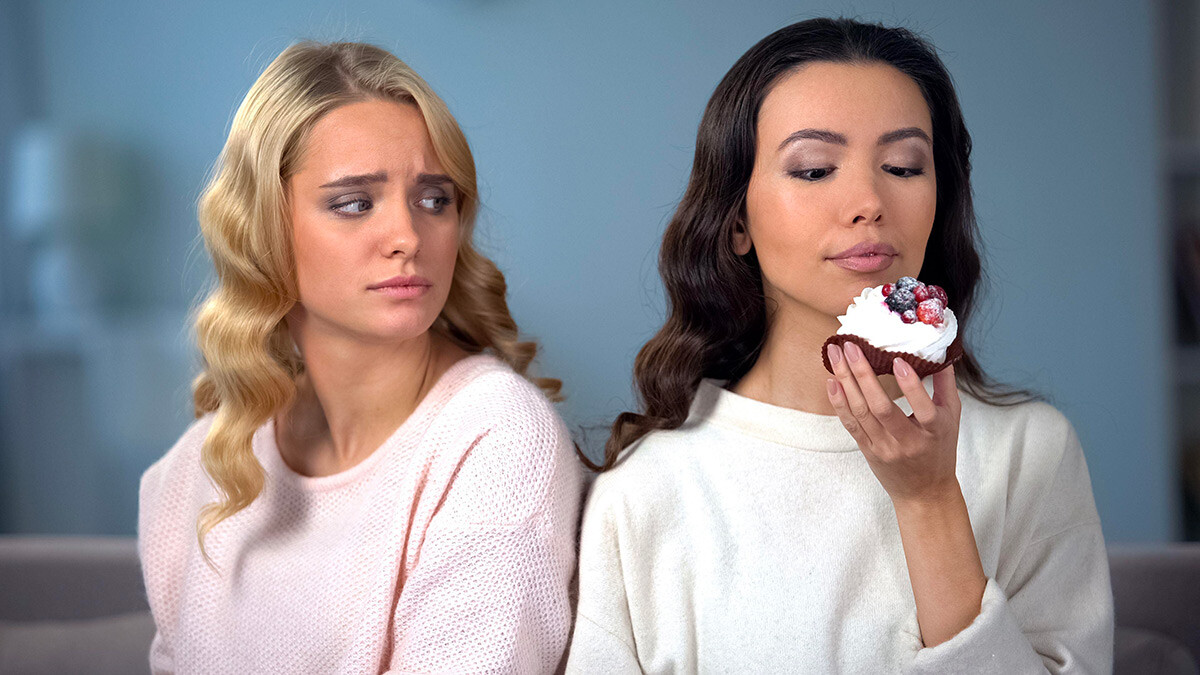 But, if the lip can be rolled back up, it must first be rolled out/down, correct? Well, there’s an expression for that, too: “Раскатать губу” (“Raskatat’ gubu” - “to roll out/down the lip”), meaning to metaphorically keep your mouth open in anticipation of receiving something good. The subtext is clear here: to ask for too much. The phrase is often used in place of a regular “no”. So, it’s not all that important if you use “raskatat’” or “zakatat” - the two are used in much the same way.