‘Moscow does not believe in tears’: What’s the meaning behind the popular phrase? 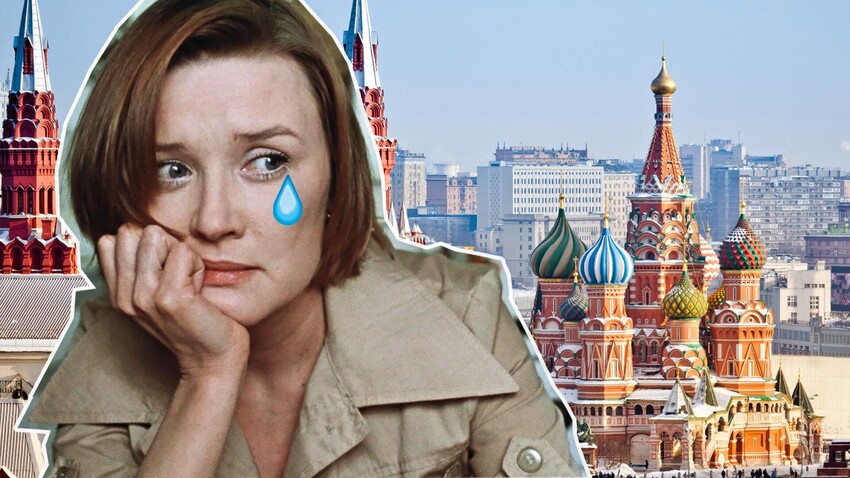 Russia Beyond (Mordolff / Getty Images, Mosfilm)
Why did Ronald Reagan rewatch the movie of the same name multiple times? And what do the Mongol-Tatar yoke and Moscow tyranny have to do with it? We explore the roots of the popular expression.

Former U.S. President Ronald Reagan “didn’t understand anything” after watching ‘Moscow Does Not Believe in Tears’ (1980) several times (eight, according to some sources) - the cult Soviet melodrama from director Vladimir Menshov. He explained then that - given the thaw between Moscow and Washington at the time and ahead of his meeting with Soviet President Mikhail Gorbachev - he finally sought to advance his understanding of the “mysterious Russian soul”. Looking back, it doesn’t look like he had much luck. 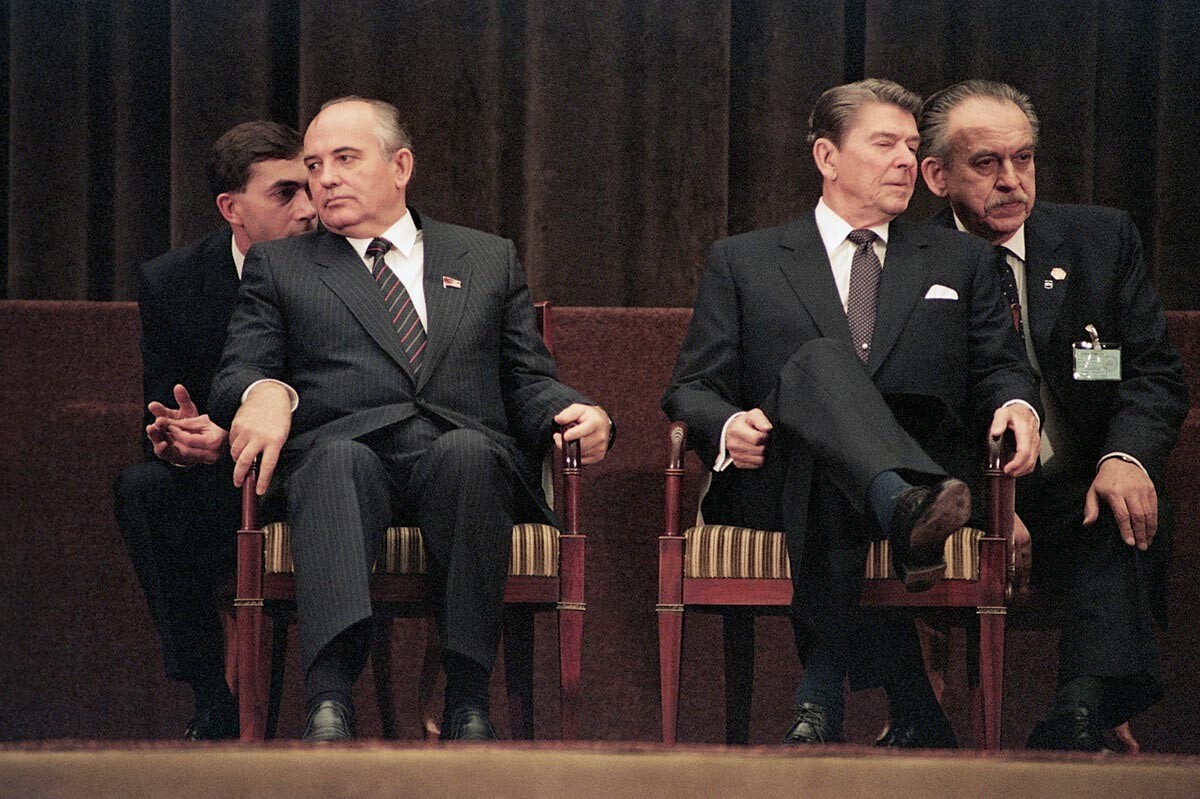 At the closing ceremony for the Geneva Summit, Soviet leader Mikhail Gorbachev and US President Ronald Reagan

The movie with the metaphorical title received an Oscar in 1981 in the ‘Foreign Language Film’ category. For several generations after, the movie became a cult classic, with the phrase becoming intimately tied to it in everyone’s minds. But what does it really mean?

Truth about the “cruel” city

According to the story, three young provincial women go to Moscow to enroll at university. They share a single dorm room, determined to attain success in the big city. In the first of the two parts of the movie, Ekaterina, the main character, follows her roommate’s advice by passing herself off as the daughter of a professor and begins a relationship with a handsome Muscovite from a middle class family. She soon becomes pregnant, but once being found out, it leads to him leaving her.

The second part of the movie, which takes place 20 years later, shows Ekaterina - who has already become a successful woman - having traversed the path from a factory weaver to the director of a large enterprise, having successfully raised her daughter on her own. But, her private life still left a lot to be desired. 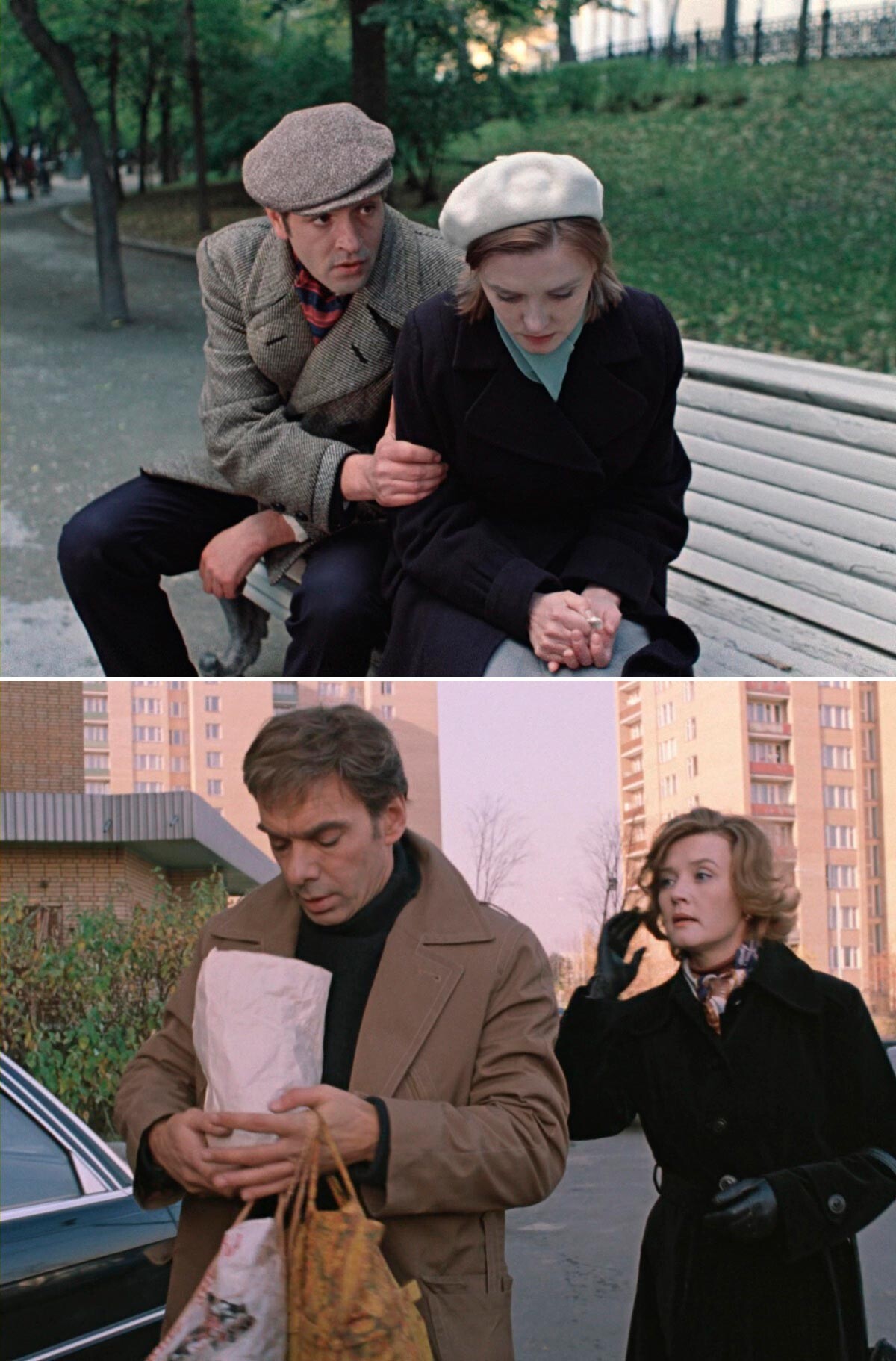 The story of the self-made woman and the Soviet middle class does end happily - in the same place it began: Ekaterina ends up meeting “the man of her dreams”.

To this day, the movie is valued for containing a great measure of truth about life in its depiction of the move to the big city and establishing oneself - the dream of many a provincial person. The methods of conquering said city themselves have not changed either.

The phrase “Moscow doesn’t believe in tears” is spoken whenever someone’s tears, complaints and problems don’t earn the person any sympathy or help. The giant megapolis became emblematic of the phrase.

Vladimir Dal, in his ‘Sayings of the Russian People’ (1989) explains that “you can’t get anyone to sympathize. Everyone is a stranger”. Even back in 1866, in Nikolay Leskov’s ‘Warrior’, the main heroine says the following:

“But, look at my tears, she says. Well, what is there to say, my friend? Tears are tears and I even feel very sorry for you. Except, Moscow does not believe in tears, as the saying goes. [Tears] won’t make you money.”

The phrase has even older origins than Leskov’s novel - by about four-five centuries.

According to one version, it appeared in the days of the ancient Russian Prince Ivan Kalita, famous for his awful tributes. It was the 13th century and Genghis Khan’s grandson Batu Khan had just obliterated Russian principalities. It was a time of in-fighting and feudal fragmentation for the Old Rus, with no central authority to speak of: separate from one another, the principal domains vied for influence and territorial control. Oppressed by the Horde, some took on their conquerors in battle, which weakened them even further; others tried to strike deals to rid themselves of the ruinous consequences of constant pillaging. 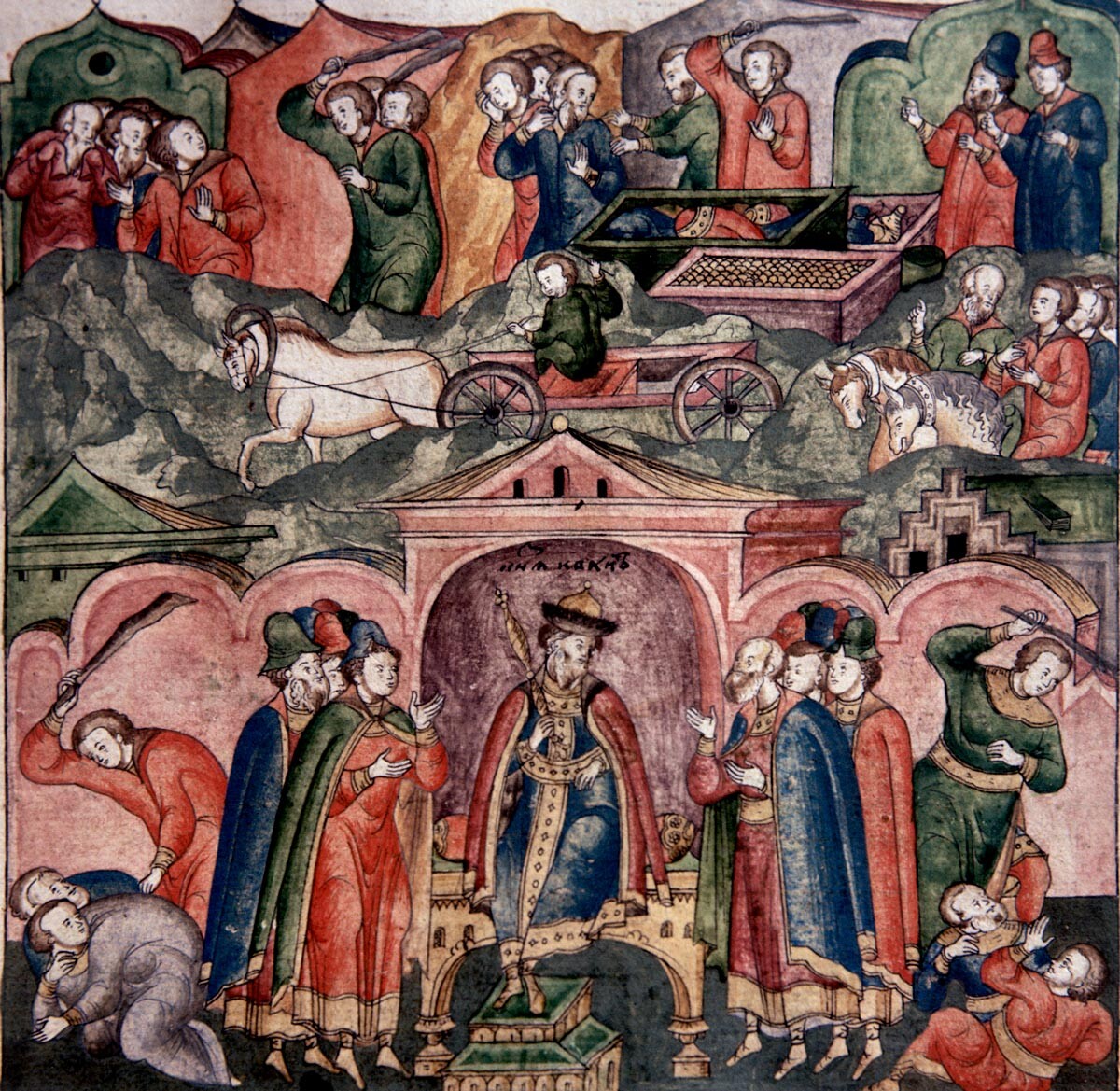 One of the proponents of talks with the Horde was Prince Ivan. Having struck a deal with the khan, he would collect as much tribute from the Russian princes as possible, in return for not inflicting punitive attacks on them. According to chroniclers, the new system of cooperation between the Rus’ and the Horde had its fair share of upsides: Tatar attacks stopped for a period of 40 years. In that time, the principalities managed to restore and strengthen, which was enough to mount a resistance and finally repel the Tatars.

However, Ivan Kalita’s tributes drove everyone to desperation. Exact figures are unknown, but historians claim they were comparable to the budget of a small state. Sometimes, in order to collect the required sum, princes had to borrow from merchants, including foreign ones. Many had not managed to repay their huge debts in their entire lifetimes, leaving the rest to their offspring. It would become known as the ‘Bessermen debt’. 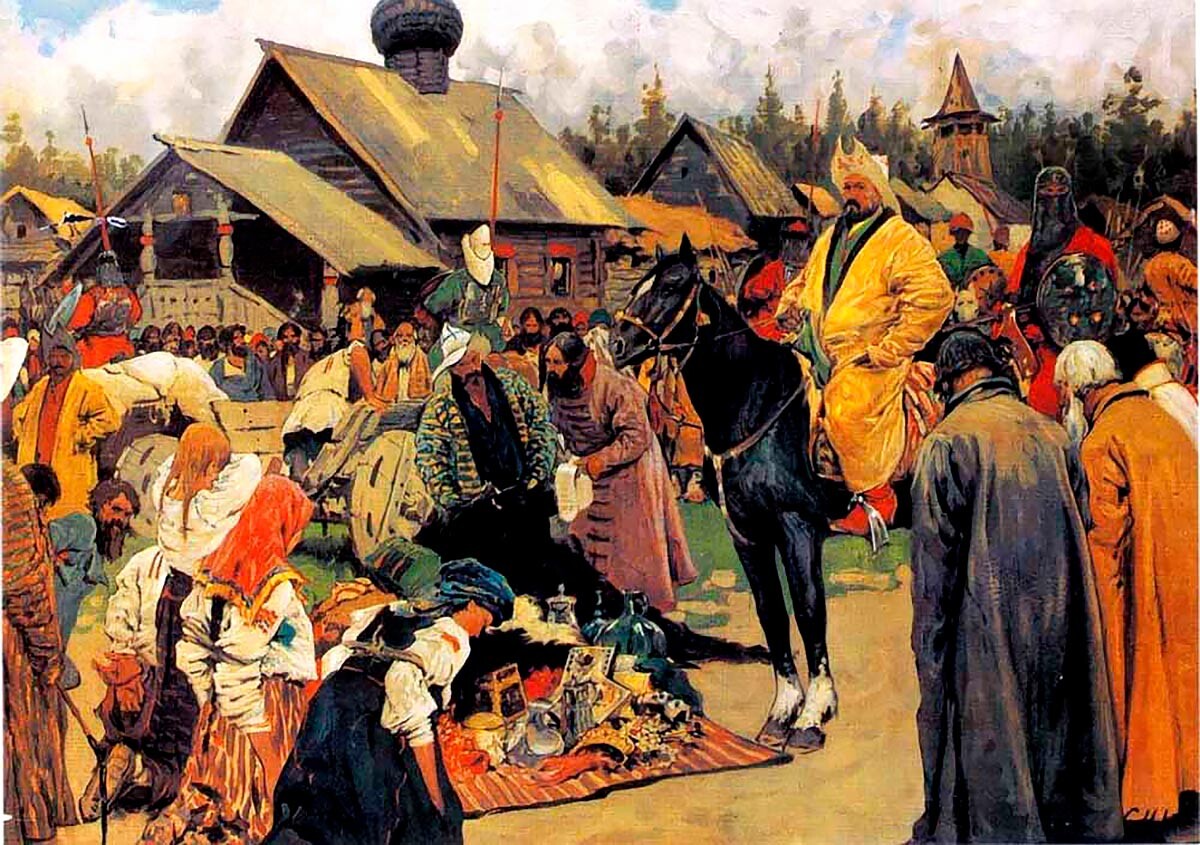 Kalita, having had this colossal leverage over the other princes, ended up extracting even more money on top of the huge payments - for Moscow’s needs, as the story went. This led to squabbles - people were in uproar at just how far the Moscow prince’s desire for money went. And so, many would descend on Moscow with tearful and impassioned pleas for Kalia to reduce the sums, but Kalita would not be deterred. Moreover, he would severely punish people for their show of discontent, often publicly. That is believed to be the actual origin of the phrase “Moscow does not believe in tears”.

Prince Ivan ruled until 1340 and ended up amassing untold wealth, which he spent on acquiring new lands. By the way, the nickname ‘Kalita’ means “fat wallet” in Old Russian.

Another version of the origin of the phrase echoes back to the later period of the Tatar-Mongol yoke - the 15th century and the time of Ivan III, also known as Ivan the Great. He earned that nickname for good reason: his main accomplishment was the ending of the Horde’s rule over Rus’ in 1480. 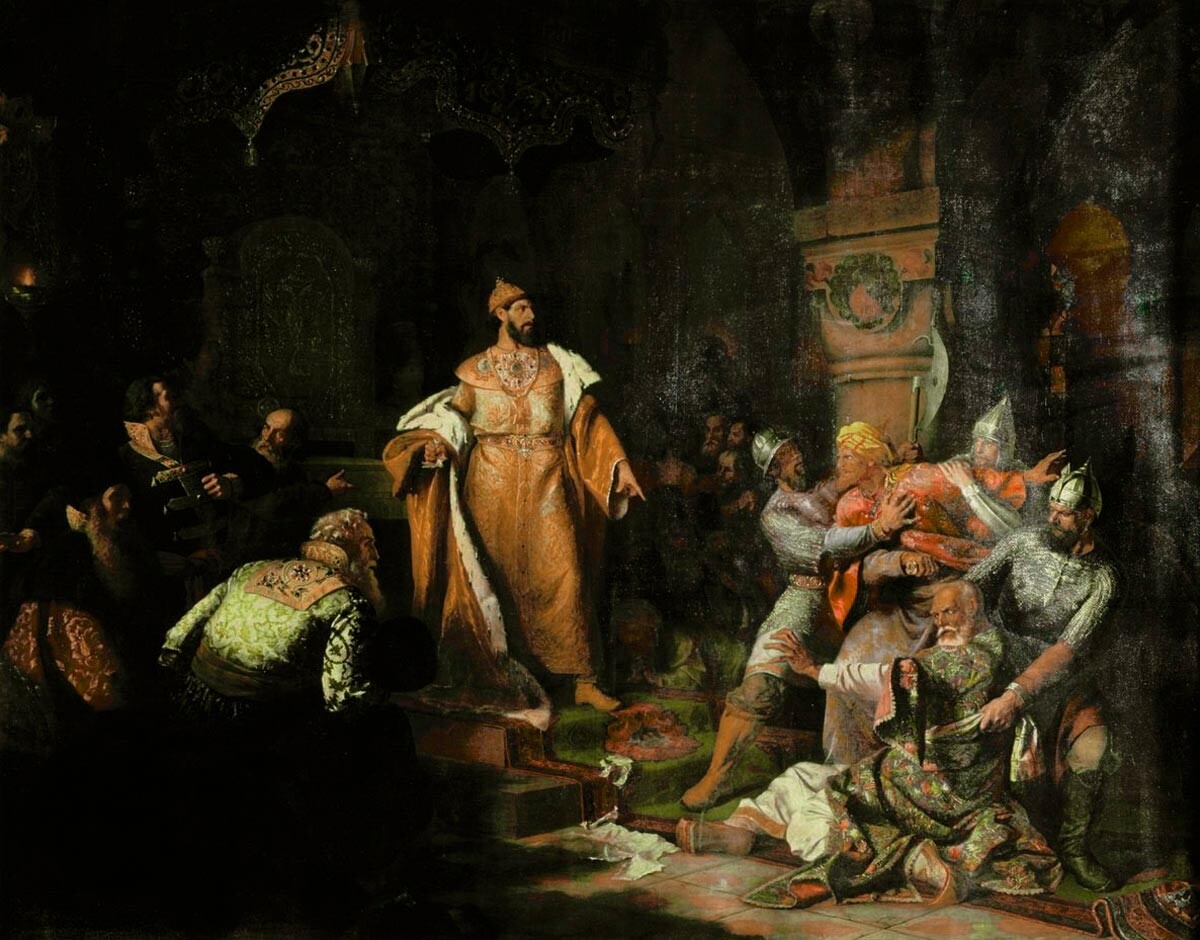 Already during Ivan the Great’s rule, the period of feudal segmentation came to an end, with Rus’ becoming a unified kingdom. Its territory had grown sixfold, becoming larger than any European state at the time. The tsar bought back ownership rights over the disparate lands, attaching them to Moscow - or ended up conquering the ones that refused. Moscow’s main territorial acquisition was the Novgorod Republic. This sparsely populated land, with its natural riches and access to the sea, lost all independence from Moscow after the conquest.

Some historians attribute the saying “Moscow does not believe in tears” to that period, although the expression was slightly longer in those days: “Moscow leads with a toe kick and Moscow does not indulge tears.” To lead with a toe kick was a method used in battle to destabilize an enemy by hitting them in such a way that they lost balance and fell backwards.