Kutuzov’s gambit: How Moscow became a trap for Napoleon 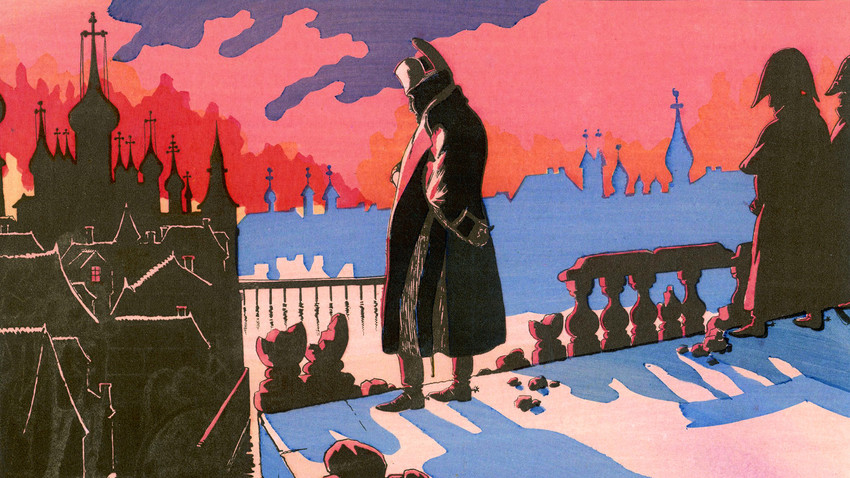 Mary Evans Picture Library/Global Look Press
The French invaded Russia’s “second capital” 205 years ago but they were not prepared for what was to come. An all too easy stroll into Moscow was followed by raging fires, partisan resistance, supply shortages, and an unforgiving winter. Napoleon’s men rapidly lost strength and morale – defeat loomed large on the horizon.

Sept. 13, 1812. The village of Fili near Moscow witnessed a tense meeting between 10 or so high-ranking Russian officials who had gathered in a wooden hut. They were debating whether to allow the enemy – Napoleon Bonaparte – to enter Moscow, the former Russian capital.

The decision was tough. Giving up the city to the French meant disgrace, but trying to defend it would have led to further suffering: The exhausted Russian army had already lost around 45,000 soldiers during the Battle of Borodino the week before. 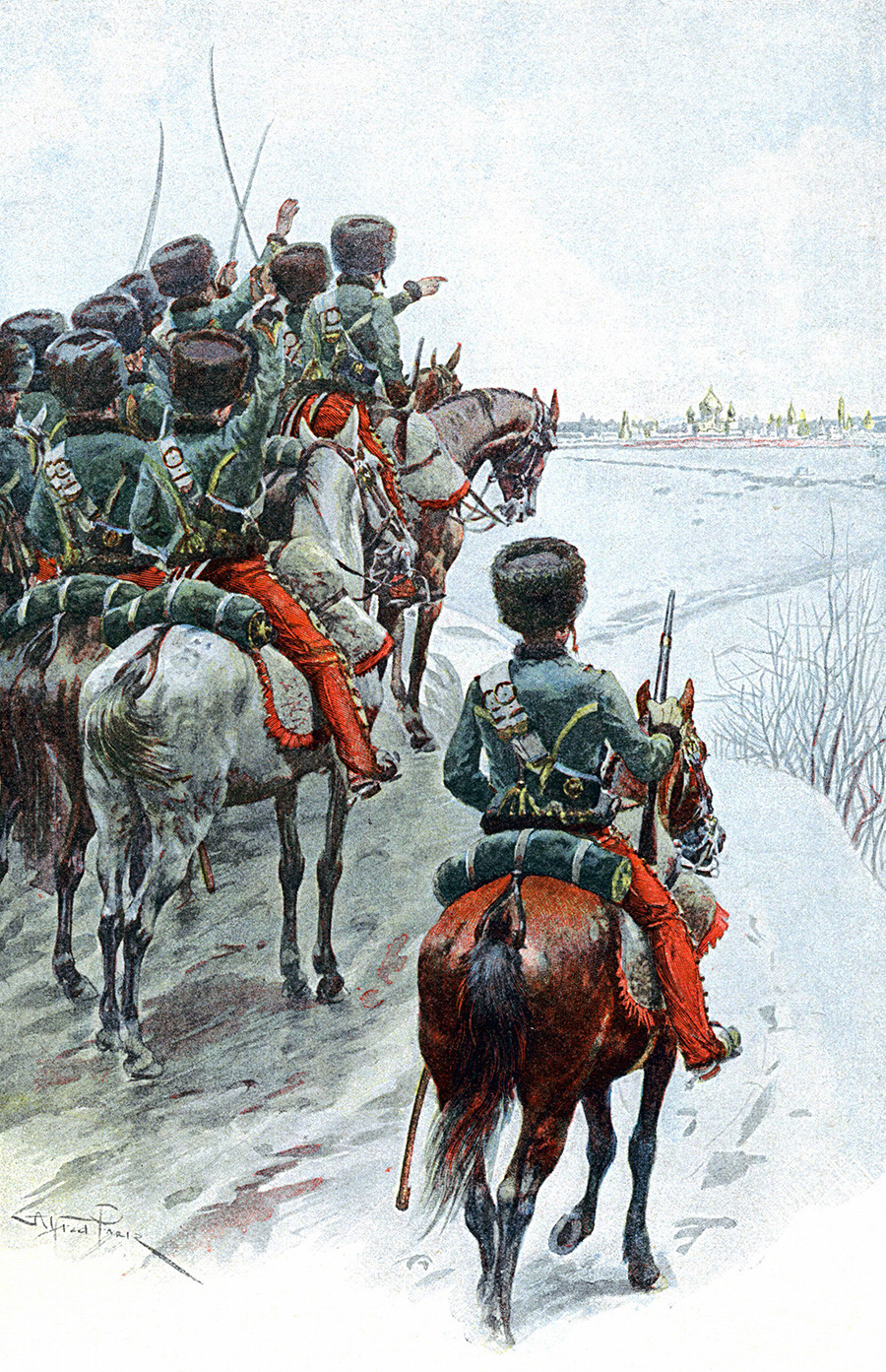 much deliberation, General Mikhail Kutuzov – Russia’s commander-in-chief – ordered a retreat. He prioritized saving his forces over hanging on to Moscow.  “Your Majesty, Napoleon entering Moscow does not mean him conquering Russia yet,” he wrote to Emperor Alexander I.

Bonaparte’s army, known as the Grand Armée, entered the city on Sept. 14 without resistance. This was the first time Moscow had been captured by a foreign enemy in 200 years (in 1612 it was invaded by the Poles). But by the time Napoleon set up camp the place was almost empty: Only around 6,000 people from Moscow’s 275,000 population remained.

No respect, only fire

Just before storming Moscow, Napoleon had waited on the outskirts expecting the Russians to surrender officially, but none came. he was informed that the city was up for grabs – hardly anyone was there. So he marched right into Emperor Alexander I’s residence in the Kremlin.

However, as the French entered the once heavily defended stronghold, fires started to rage all over the city. The exact cause of the blazes is still not known for sure,  but Napoleon blamed Moscow’s Governor-General Fyodor Rostopchin for the apparent sabotage. Some Russians historians believe the fires may have started accidentally – as people desperately fled the city.

In any case, the flames put a spanner in the works of Napoleon’s celebrations, and he was forced to leave the Kremlin and find a cooler place to set up shop. “What a horrible spectacle! What people! They are barbarous Scythians!” he reportedly shouted at French general Philippe Paul de Ségur. 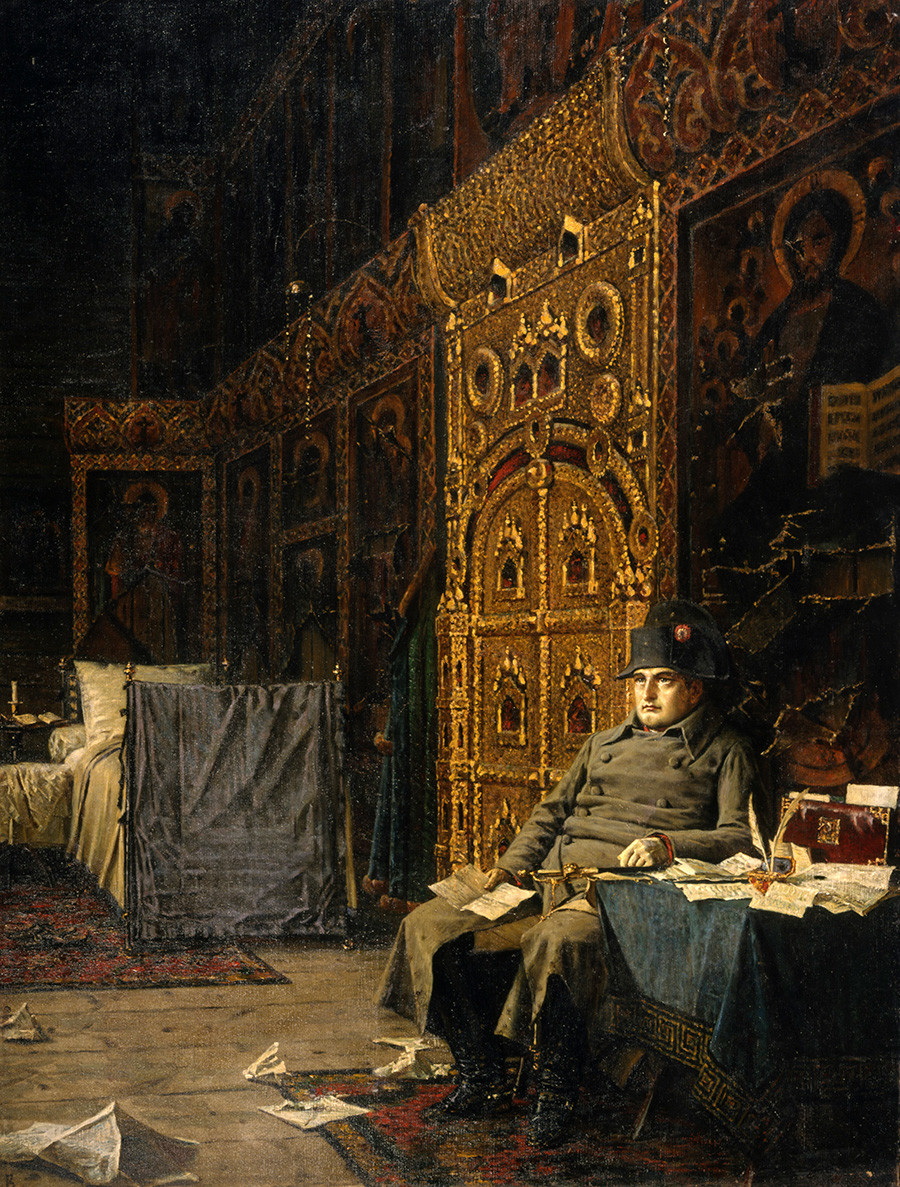 Around three-quarters of predominantly wooden Moscow was burnt to the ground – the fires lasted until Sept.18. The French leader encouraged his 100,000-strong army to roam free in the city, but things got out of control and the bored men looted and chaos ensued.

The few thousand Muscovites who had refused to leave put up a fight despite being heavily outnumbered, killing scores of French in the process.

Life for the invaders was only getting harder: Russia’s harsh winter was rapidly closing in and the army was running low on supplies. Peasants living in the agricultural areas outside the city were reluctant to supply the French with food.

In addition to that, Napoleon had to rethink his strategy and decided against mobilizing his army to capture St. Petersburg. His men simply did not have the energy to journey north, let alone a potential onslaught by Kutuzov’s forces. 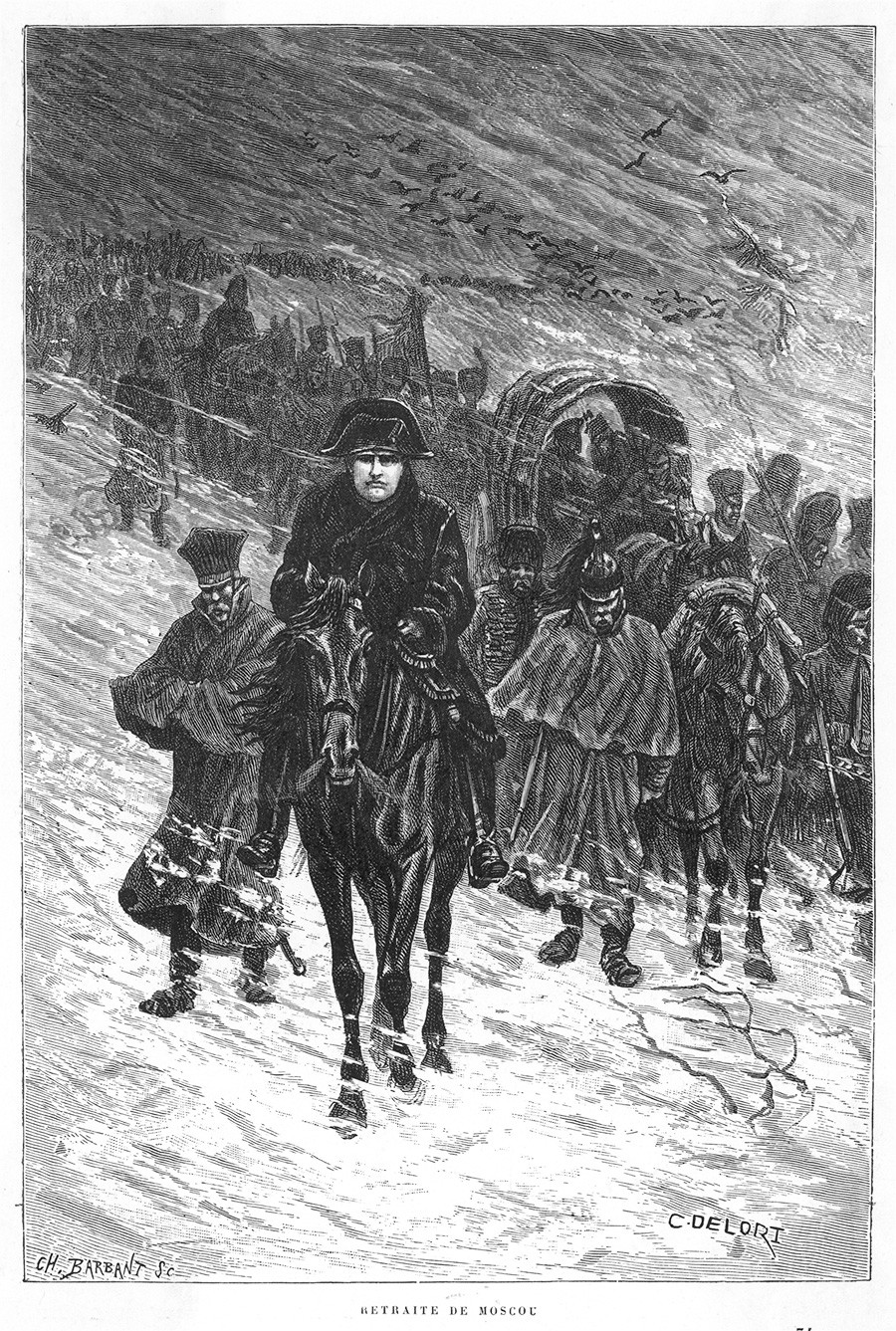 Napoleon on horseback in retreat from Moscow, 1812.

Napoleon was entering foreign territory: The prospect of defeat. While in Moscow he wrote to Alexander I no more than three times proposing peace: he wanted Russia to join the Continental Blockade against Britain. His demands were ignored.

Eventually, he had no choice but to retreat and by mid-October 1812 the French started to march west to the territory between Dnepr and Dvina rivers to set up camp for the winter.

Enraged by the situation, Napoleon ordered his engineers to blow up the Kremlin upon his departure, but they only managed to destroy one tower. Moscow’s heart may have been damaged, but it was not broken – like Russia.

As for Kutuzov’s army, it managed to cut off supplies to the Grand Armée, turning its retreat into complete hell. With little to eat and severely unprepared for the winter, Napoleon's forces drew back all the way to Paris suffering heavy losses along the way. Napoleon was just a human after all.