From Twain to Feuchtwanger: What did Western writers talk about with Russian and Soviet leaders? 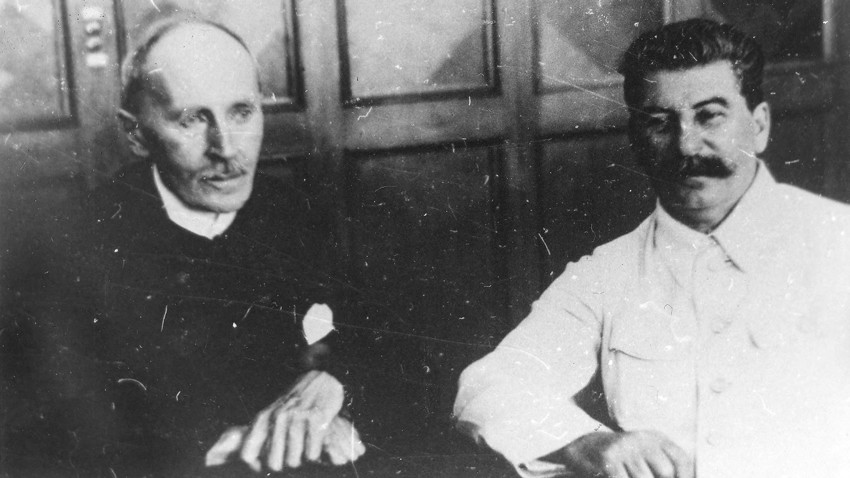 Getty Images
As much as America and Europe were appealing to Russian writers, Western authors couldn’t resist visiting the exotic ‘barbarian’ country and document everything they saw. 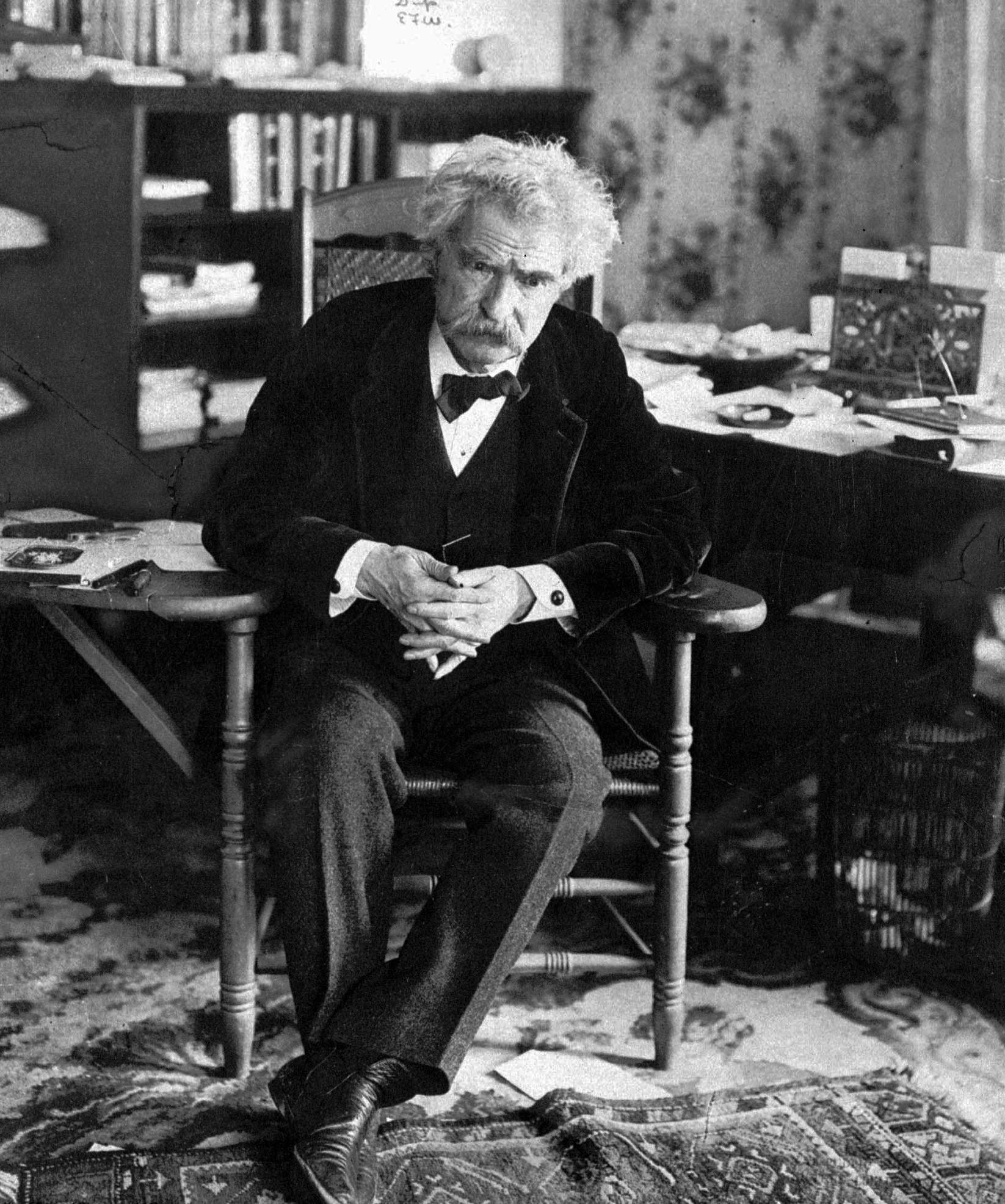 Let’s start not with political talk in the Kremlin, but rather with an ordinary American who visited Russia as part of a long voyage to Europe and the Holy Land, and who was greeted in Russia at the very highest level.

In 1866, a ship with a group of American tourists that included a young and aspiring writer, Mark Twain, visited Russia’s Black Sea of Sevastopol, Odessa, and Yalta, where they were welcomed by Tsar Alexander II and his family. In his memoir, Innocents Abroad, Twain writes that it was planned to show that “Russia’s friendship for America was so genuine as to render even her private citizens worthy of kindly .”

They didn’t talk much, but the writer describes the meeting with the Emperor in much detail, both with humor and curiosity. He was especially interested in the outfit and behavior of everyone from the royal family.

“The Emperor wore a cap, frock coat and pantaloons, all of some kind of plain white drilling—cotton or linen and sported no jewelry or any insignia whatever of rank. No costume could be less ostentatious. He is very tall and spare, and a determined-looking man, though a very pleasant-looking one nevertheless. It is easy to see that he is kind and affectionate.”

Twain was excited to see the Emperor and felt strange how this man was “chatting here under the trees like the most ordinary individual in the land.”  With irony he wrote that only if the Tsar opens his lips it could make “ships fly through the waves,” and “a countless multitude of men would spring to do his bidding.” 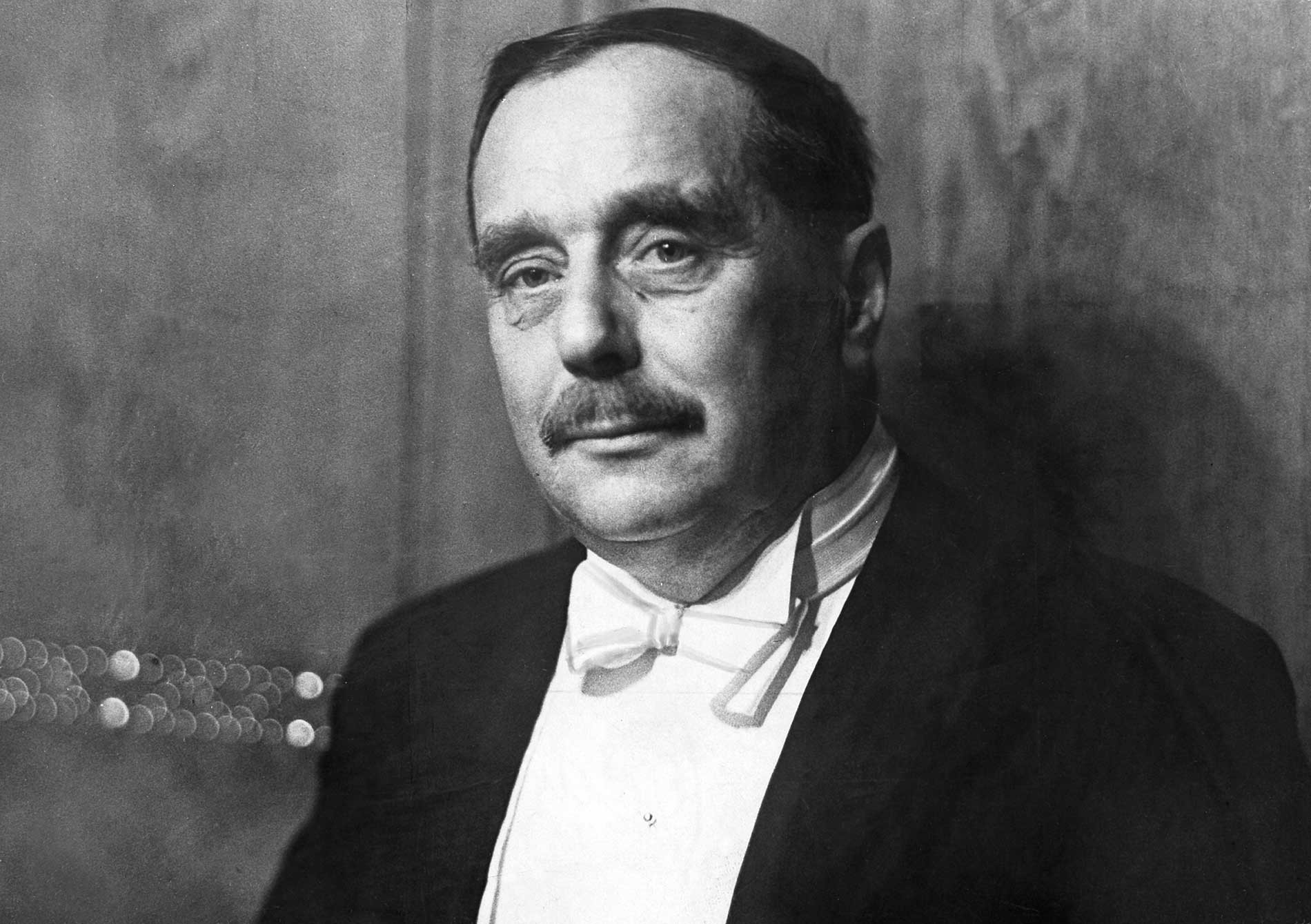 Н. G. Wells visited Russia three times. The first time was in 1914 when he spent two weeks in St. Petersburg, and the second time was in 1920, after the Revolution and during the Civil War. So, he was able to compare how the country changed after the Bolsheviks came to power, which the West was not well informed of.

Wells had a meeting with Lenin, and they discussed the future of Russia (Wells asked him what type of country he is creating), and the possibility of revolution in England.

After this visit, Wells published Russia in the Shadows, which consists of a series of articles he wrote for The Sunday Express. Wells called Lenin, “The Dreamer in the Kremlin,” but despite such a description, the revolutionary leader left a good impression on the writer.

“I had come expecting to struggle with a doctrinaire Marxist. I found nothing of the sort. In I realized that Communism could after all, in spite of Marx, be enormously creative. (…) He at least has a vision of a world changed over and planned and built afresh.”

In 1934, ten years after Lenin’s death, Wells returned to Soviet Russia and found an improvement in living conditions under Stalin's rule. He had a long interview with the leader (full version in English here), and they discussed economics, socialism, class war and many other topics. Wells came to the meeting with suspicion and prejudice expecting to see a fanatic, but then he admitted that he’s never met a more honest man such as Stalin and didn’t see anything evil in him. 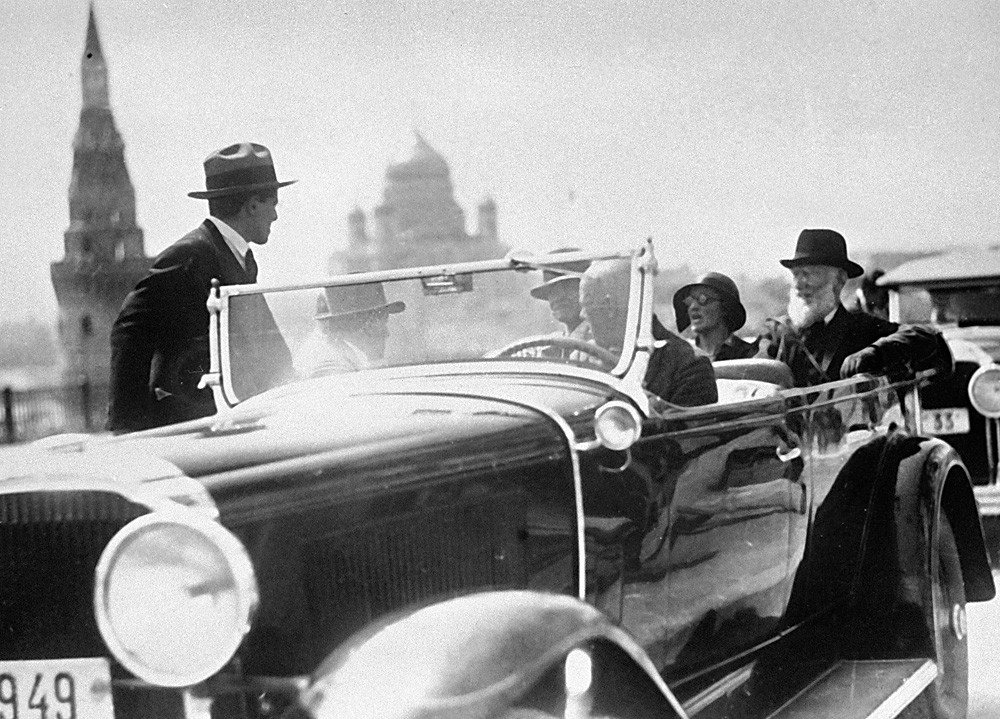 Bernard Shaw (R) being driven around Moscow in a chauffeured car.

George Bernard Shaw was one of the few in the West to welcome the 1917 Russian Revolution, which is why when he visited Soviet Russia during his world cruise in 1931 he was invited to Stalin’s Kremlin office. They chatted about three hours and Shaw remembered that Stalin played his role perfectly and hosted the guests as if they were old friends.

The details of their talk were not revealed, but following their meeting Shaw said: “I expected to see a Russian worker and I found a Georgian gentleman.” The writer was so impressed by his trip that before leaving the USSR he said: “Tomorrow I leave this land of hope and return to our Western countries – the countries of despair.”

Shaw’s visit to the Soviet Union had a strong impact on the author. Returning to Europe he was first interviewed in Berlin where he claimed that Stalin was a “giant,” while other politicians were “pigmies.” A few days later in the writer made a long speech about his trip. To dispel the myth about severe hunger in the Soviet Union he said that during his visit he “ate the most slashing dinner in his life.” 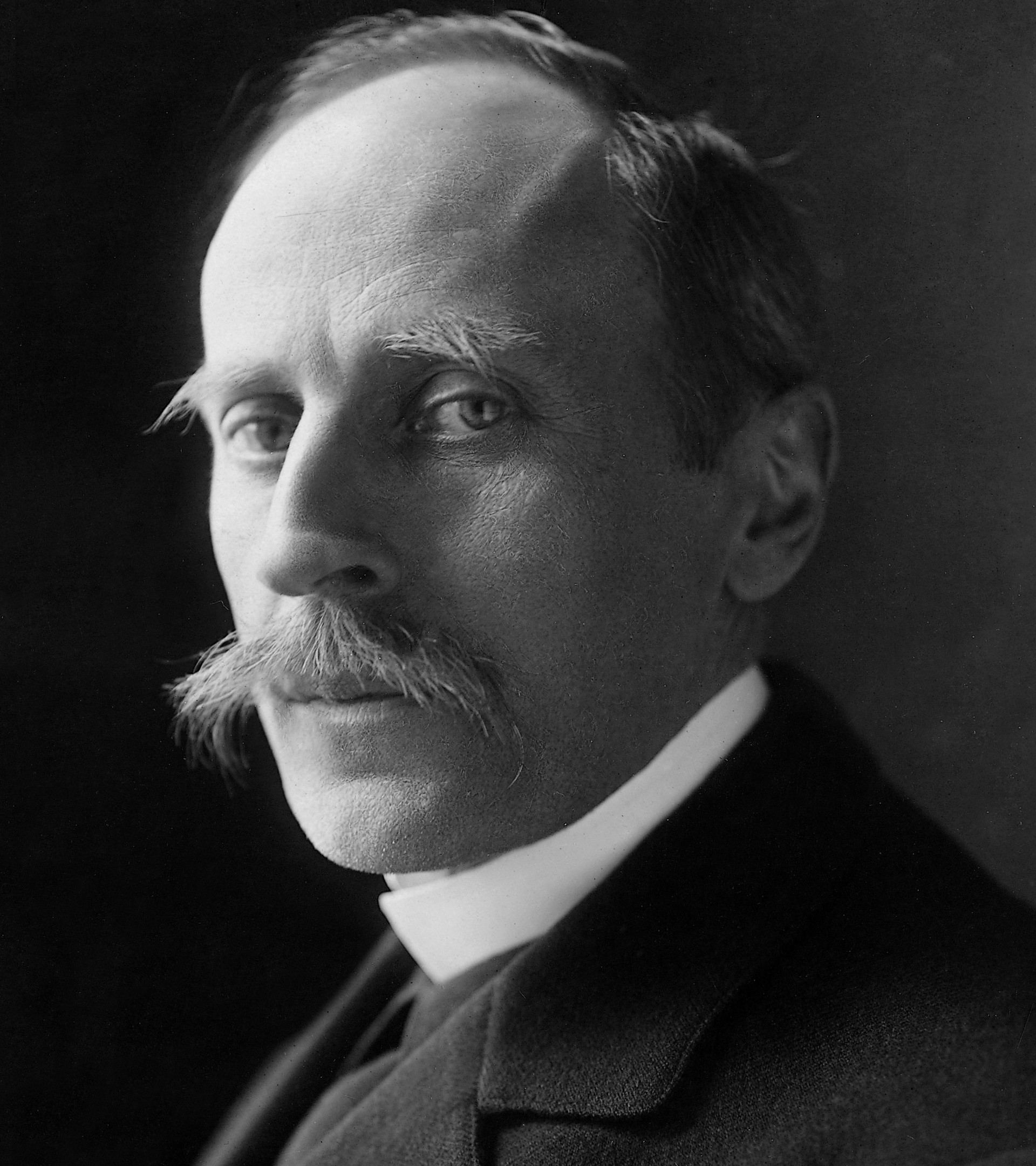 Interestingly, some of the writers we’ve mentioned already had some connection with the giant Soviet author, Maxim Gorky: Twain met him in New York, while Wells stayed at his place during a visit to Moscow and then lived with Gorky’s ex-girlfriend. French writer Rolland was invited to Moscow by Gorky in and stayed a month in his residence, which was the frequent scene of receptions that included Soviet writers, and athletes.

Stalin had to charm his visitors, and when Rolland and his wife were invited to meet the Soviet leader they ended up absolutely amazed by him. They talked about two hours, and Rolland told Stalin that he thinks the Soviet Union should explain better the motives behind their actions and because other countries have another view of the world and another ideology. The writer also asked about the judicial processes against former revolutionaries and why such proceedings against ‘terrorists’ are not public. Stalin replied in a calm manner and seemed to convince Rolland about everything he said. 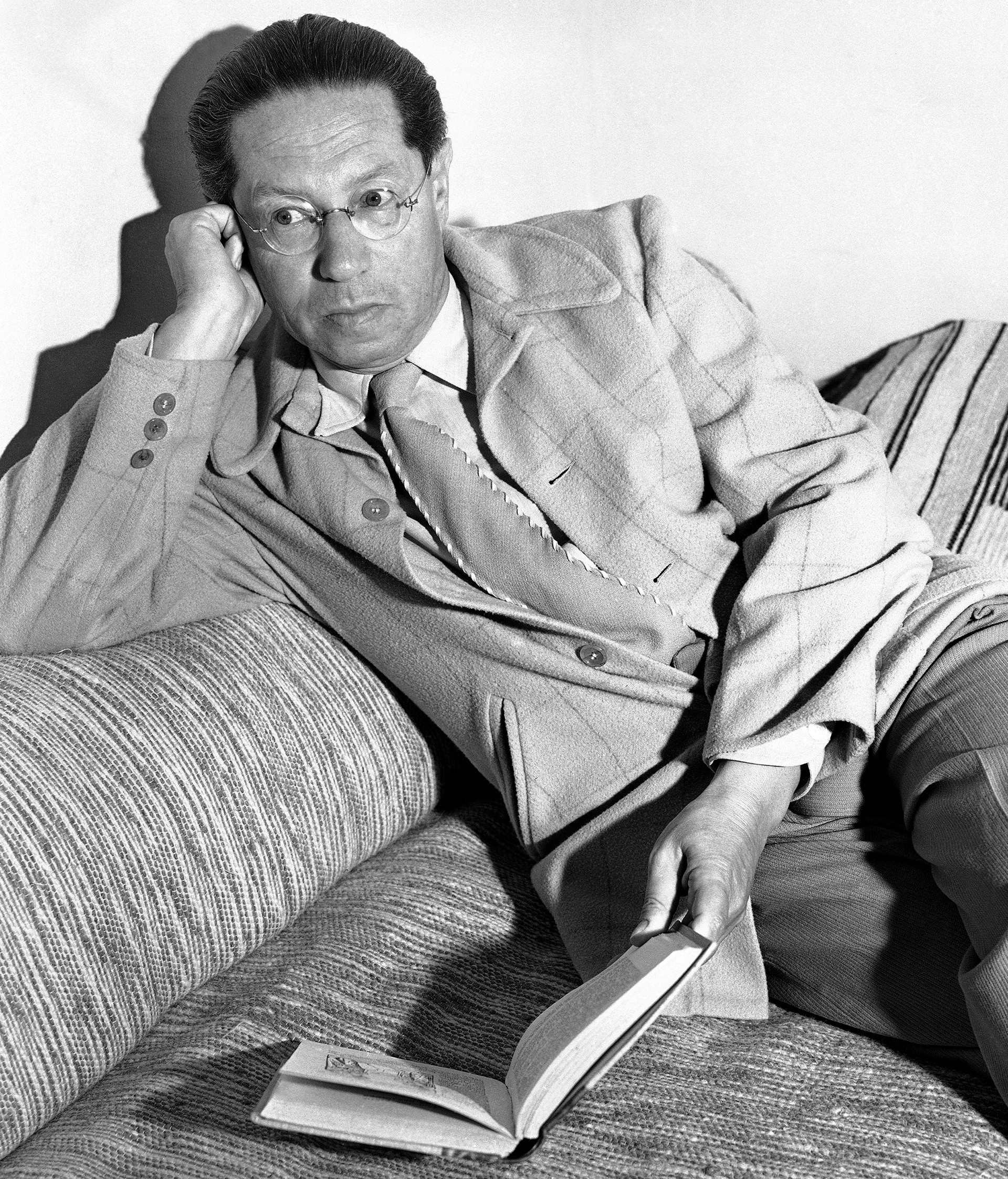 German writer Lion Feuchtwanger, as well as many other Western authors, saw the USSR as the only force that could resist Hitler. “His portraits give the impression that Stalin is big, broad, and commanding. he is, on the contrary, small and slightly built. He as it were, lost in the vast room of the Kremlin in which I found him,” Feuchtwanger wrote in Moscow 1937. My Visit Described for My Friends.

The writer admits that there were no arrangements as to what he should or shouldn’t discuss with Stalin, so he prepared for their talk, but wanted to seem spontaneous in order to avoid an official conversation.

“We spoke about the freedom of writing, about democracy, and, as I have already mentioned, about Stalin-worship. Only at the beginning of the conversation did Stalin express himself in general terms, using sundry hackneyed expressions from the Party vocabulary. Soon, he ceased to be the Party leader and became an individual, not always , but always modest, unpresuming, and deliberate."