3 famous foreign secret agents in Moscow who were unmasked

History
Yekaterina Sinelschikova
Disguises, ridiculous coincidences and utter foolishness are the essence of spy films. Yet, these things happen in real life, even with the greatest of spies. 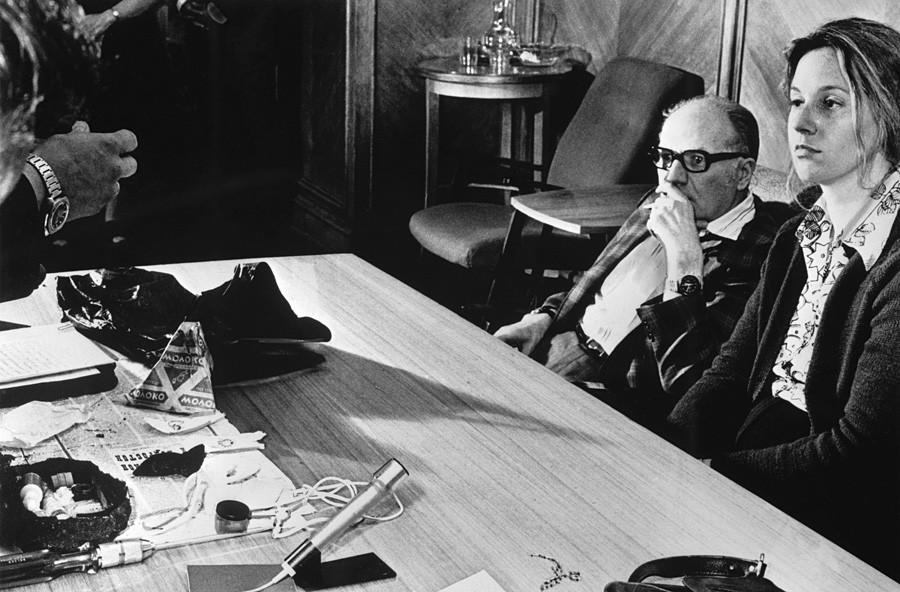 A woman dressed all in white enters a movie theater in Moscow, takes a seat near the emergency exit, and for about 10 minutes she pretends to be riveted by what is happening on the screen. Then she puts on trousers and a black jacket over her dress, and lets her hair down. Finally, she slips out of the theater.

This is a true event from operation "Setun," and the 'woman in white' is the U.S. embassy vice-consul, Martha Peterson, who is also a secret CIA agent. The year is 1977. Martha became a secret agent thanks to her first husband, who also worked for the CIA, but was killed in Vietnam.

After his death, she learned Russian and was sent to Moscow. Incidentally, she became the first female American agent in the Soviet Union. She worked closely with the CIA mole, Alexander Ogorodnik, a personal assistant to the Soviet foreign minister.

For two and a half years Ogorodnik photographed every document that fell on his desk. When he was finally caught, he allegedly swallowed a suicide pill. Martha was unaware of his capture and death.

A few hours after the 'masquerade' in the cinema, she took a bus ride, a trolley-bus ride, a subway ride and finally a taxi to meet Ogorodnik. However, she was caught red-handed at the Krasnoluzhsky Bridge carrying a hollowed-out fake rock to be used as a dead drop, a manual, spy equipment, a questionnaire, gold, cash and two vials of poison.

When she was detained, Martha fought back with karate moves and expertly cursed in Russian, although she had no chance of escape. The special operation to catch the vice consul involved more than 300 agents from various units, hiding in bushes, on the bridge and nearby. Martha was declared persona non grata and expelled from the country. They say that KGB officers gave her an ovation at the airport: so impressed they were by her work. 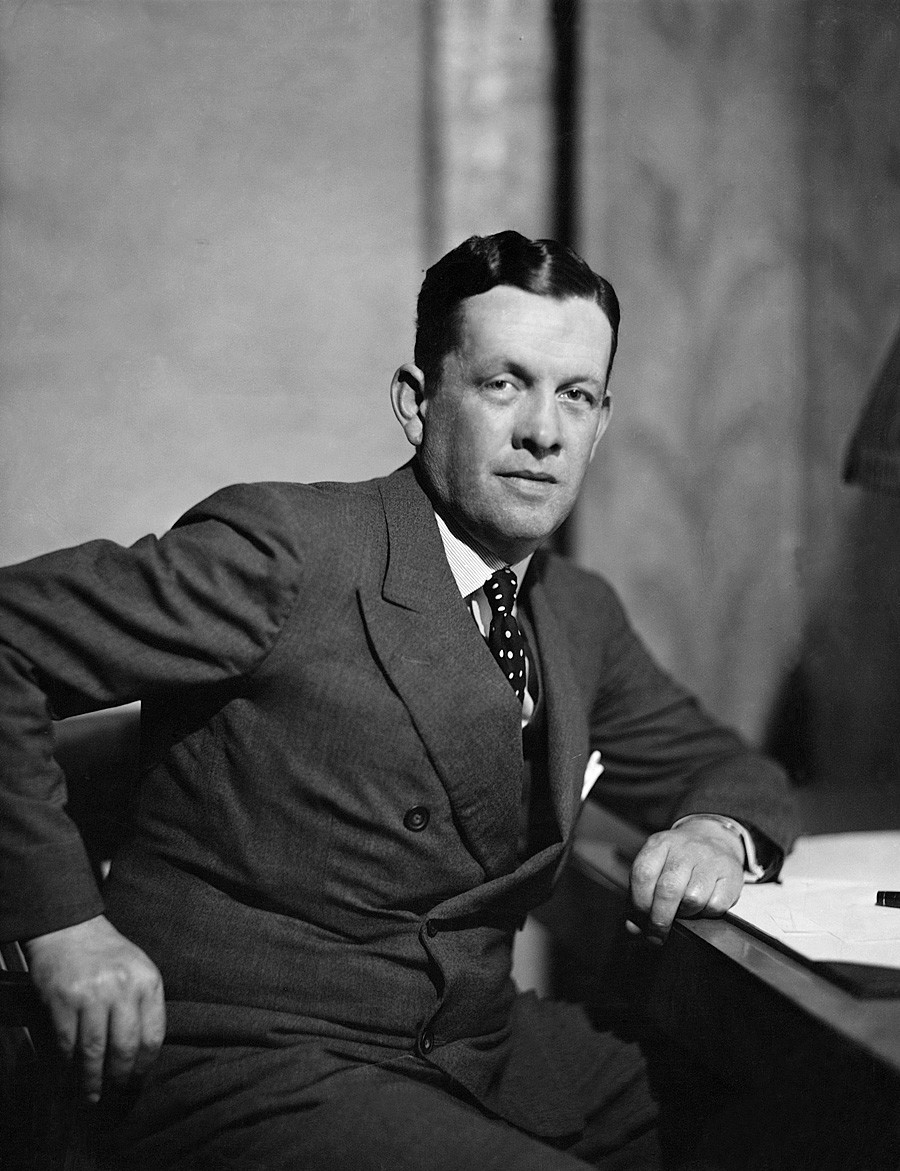 A conspiracy against the Bolsheviks, an attempt on Vladimir Lenin's life and the start of the Red Terror in Russia – at the epicenter of all these events was Bruce Lockhart, a secret agent and British diplomat. In fact, the British agent's incredible adventures in Soviet Russia began long before these historical events.

When Lockhart came to work in Moscow in 1912, he was mistaken for another. People in Moscow had heard of a famous football player with the last name Lockhart, and thought he was the diplomat. Thus, he was immediately invited to join the team of the Morozov Textile Factory.

In fact, the famous footballer was his brother, but the diplomat readily accepted the offer, and he even helped his Moscow team win the championship, although previously he had only played football in his backyard.

Lockhart's work to overthrow the Bolshevik regime began on his second posting to Moscow. He led a conspiracy of British and French diplomats against the Bolsheviks, having received 648 pounds worth of diamonds to set up a network of agents. The plan was to bribe the riflemen guarding the Kremlin, send them to meet British troops who were to land in Arkhangelsk, 1,240 kilometers from Moscow, and help them seize power.

The plot, however, was discovered because the Soviet government had many spies in the anti-Soviet underground. Lockhart was arrested and under the pretext of diplomatic immunity, he was expelled from the country. This did not stop him from having a stormy affair with Moura Budberg, "an iron woman" and a double agent, not to mention a future mistress of writer Maxim Gorky. 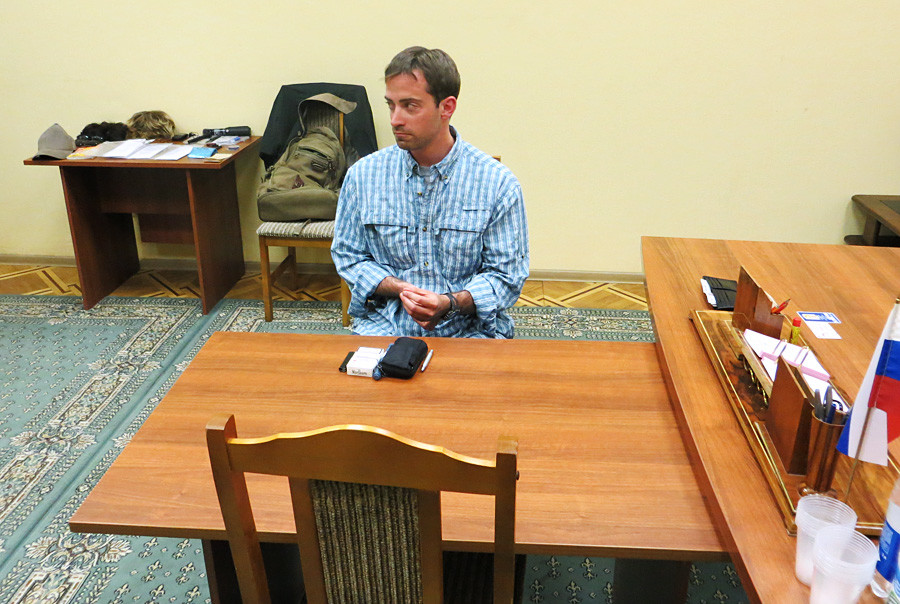 A photo taken on May 14, 2013, and released by Russia’s Federal Security Service (FSB) shows a man, identified as Ryan C. Fogle, the third secretary of the political section of Washington's embassy in Moscow

Secret work for U.S. intelligence services pays one million dollars a year, and to communicate with the CIA one needs only a gmail account, and a compass. All this came to light after the detention of American spy Ryan Fogle in 2013 in a story that looks like a ridiculous parody or an Austin Powers-inspired cosplay.

The American worked as third secretary in the U.S. embassy's political section, which collected information on Russian defense and security. The terrorist attack in Boston had happened only recently, and the U.S. apparently believed that Russia was not sufficiently sharing information about the prevention of terrorist attacks. So, the Americans decided to find a "direct channel," and tried to recruit an FSB officer involved with the fight against extremism in the North Caucasus.

Late one night Fogle set off on his assignment. Earlier, the FSB officer in question had received two calls from a 'friend.' Fogle took a very odd selection of items to the meeting: a wig, a pair of glasses, a compass, a Moscow street guide, an old telephone, a wad of cash, and an A4 letter addressed to the agent. 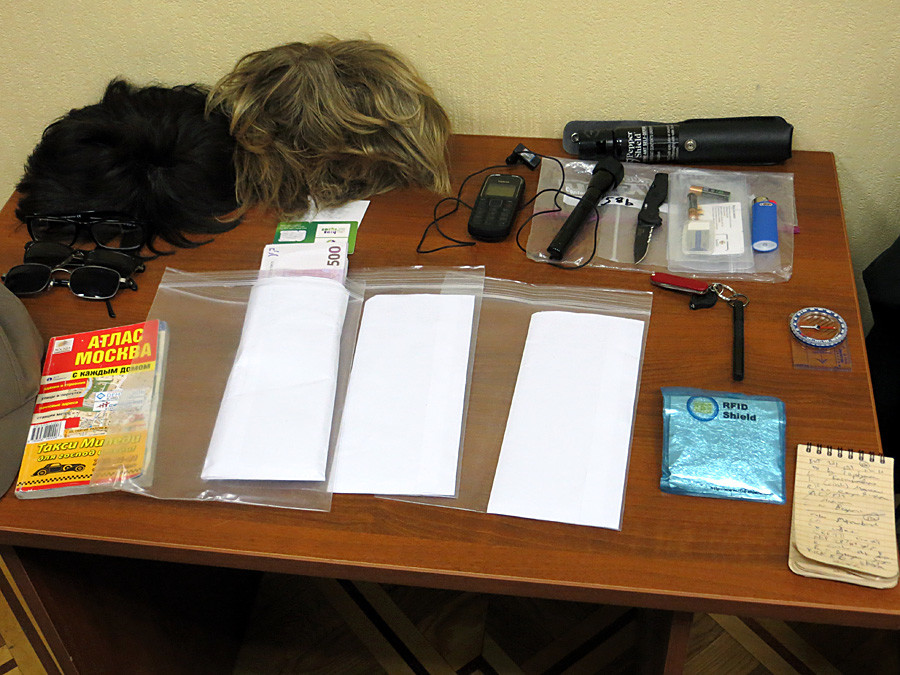 Some of the confiscated belongings of Ryan C. Fogle

The letter began with the words, "Dear friend," which became a source of many jokes after Fogle's capture, (in Russian you usually hear this salutation used ironically, or at official gatherings of elderly people). In the letter, the agent was invited to betray his country by sending the CIA messages via Gmail, using a Wi-Fi connection.

To make a long story short, after Fogle 'secretly' left the embassy in the back seat of a car he put on a wig and went to the meeting, but was soon caught.