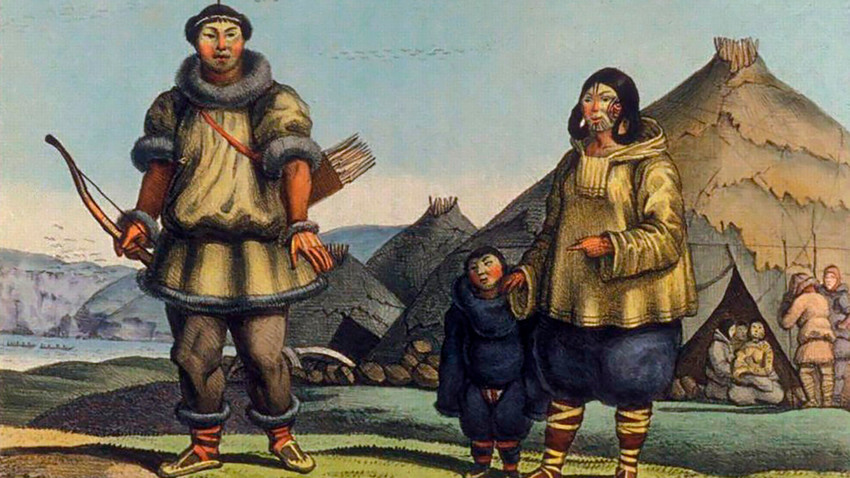 Representation of a Chukchi family by Louis Choris (1816). These people were fearless warriors and even the Russian empire could not beat this small nation

Louis Choris/Wikipedia
Imagine a military clash between an 18th century superpower and a group of reindeer herdsmen and fishermen whose weapons were made of bones... who would you back? Well, don’t jump the gun! The Russian Empire took on the Chukchi people and against all odds – lost.

There’s a region in Russia’s Far East called Chukotka on the Chukchi Peninsula, on the shores of the Chukchi Sea, where (unsurprisingly) the Chukchi people live. They speak the Chukchi language, are indigenous to the country, and enjoy a close relationship to nature – historically, they also have a reputation as fearsome warriors. Russia’s Empire found this out the hard way.

Imperial spread vs. herders and fishermen

During the 17th and 18th  the Russian Empire was fanning out eastwards towards the Pacific Ocean. Many indigenous people were enveloped by this expansion – they were often made to pledge loyalty to Russian rulers and pay yasak: A special fur toll. In return, Russia provided them with iron instruments, guns, and other useful equipment.

Most native people agreed to the terms but some rejected them. The Chukchi were one such people. They refused to pay yasakand despite only possessing basis weapons made from wood, bone, and stone were willing to take on the Empire. 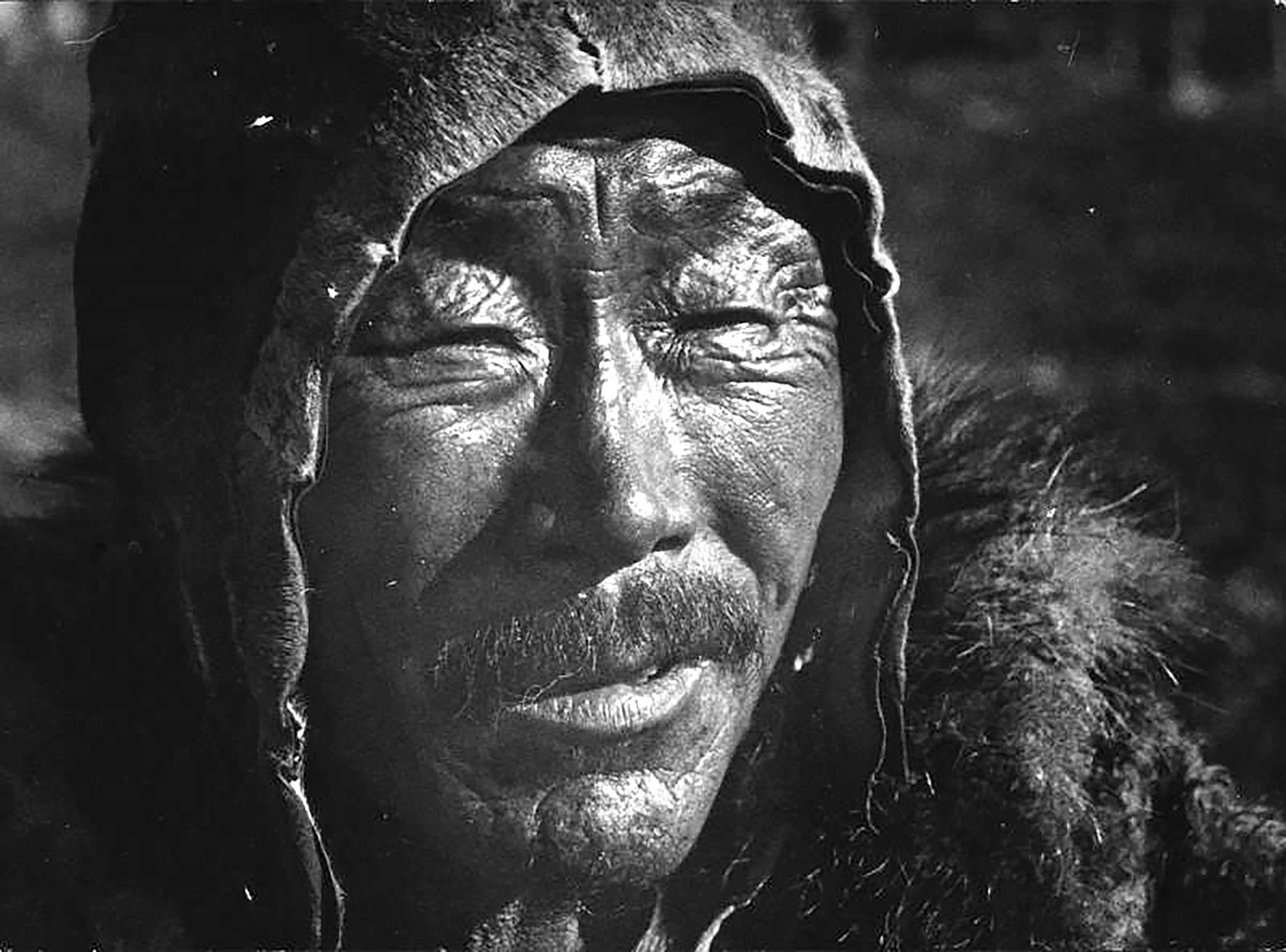 A Chukchi man. Though their traditional life is quite peaceful, they can hunt not only reindeers.

The Chukchi were a group of nomadic tribes, numbered about 9,000, and mainly consisted of reindeer herders and fishermen – on paper, they were no match for well-drilled soldiers bearing advanced weaponry.

Russia first tried to convince the Chukchi to pay yasak by sending an ambassador to their land in 1711, but he had no success. They weren’t prepared to budge – they are proud people who uphold their identity, culture, and traditions, calling themselves Luoravetlans, meaning “the only true people.”

By the early 18th century Russia had already set up several outposts in Chukotka, including the fortified Anadyrsk settlement (don’t confuse it with modern Anadyr, 6000 km east of Moscow). But they wanted more and the Empire’s patience was running out. In 1727 Empress Catherine I launched an all-out campaign to assert her reign over the Far East and its recalcitrant inhabitants. 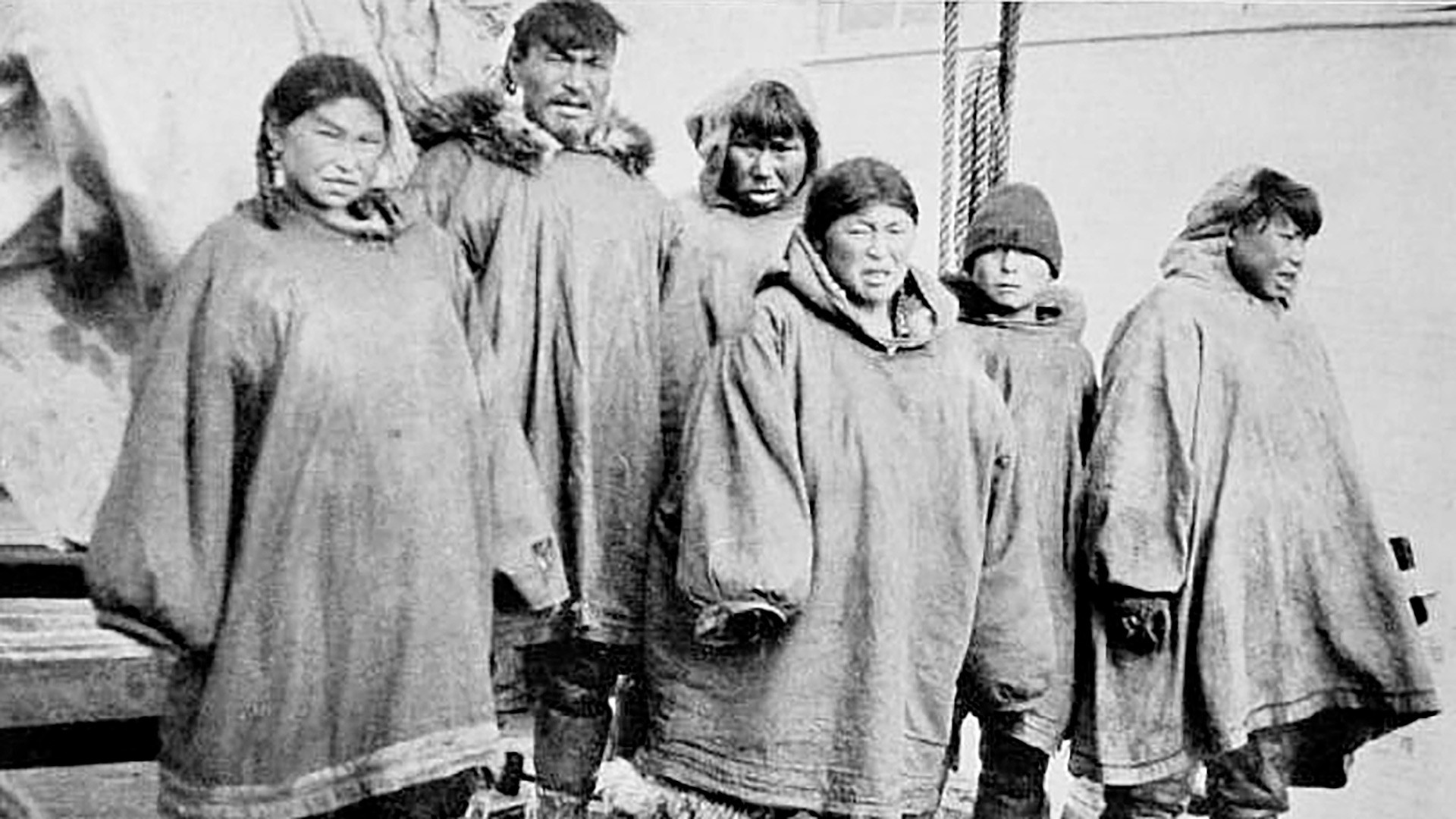 Chukchi residents of a remote Uelen village (1913). By that time the Chukchi reached peace with Russia.

very first Russian raid was a huge success: Around 450 people (Russians and their allies from loyal natives) murdered about 800 Chukchi warriors, suffering hardly any casualties in return. This was no surprise: Arrows and spears against guns and cannons are no .

It was, however, just the beginning of a long, grueling war which Russia failed to win. After the Chukchi suffered their first loss they changed their tactics by avoiding large clashes and attacking Russian villages in small groups with great success, before dispersing into the tundra. They were fighting in their own backyard – it was effectively guerilla warfare. 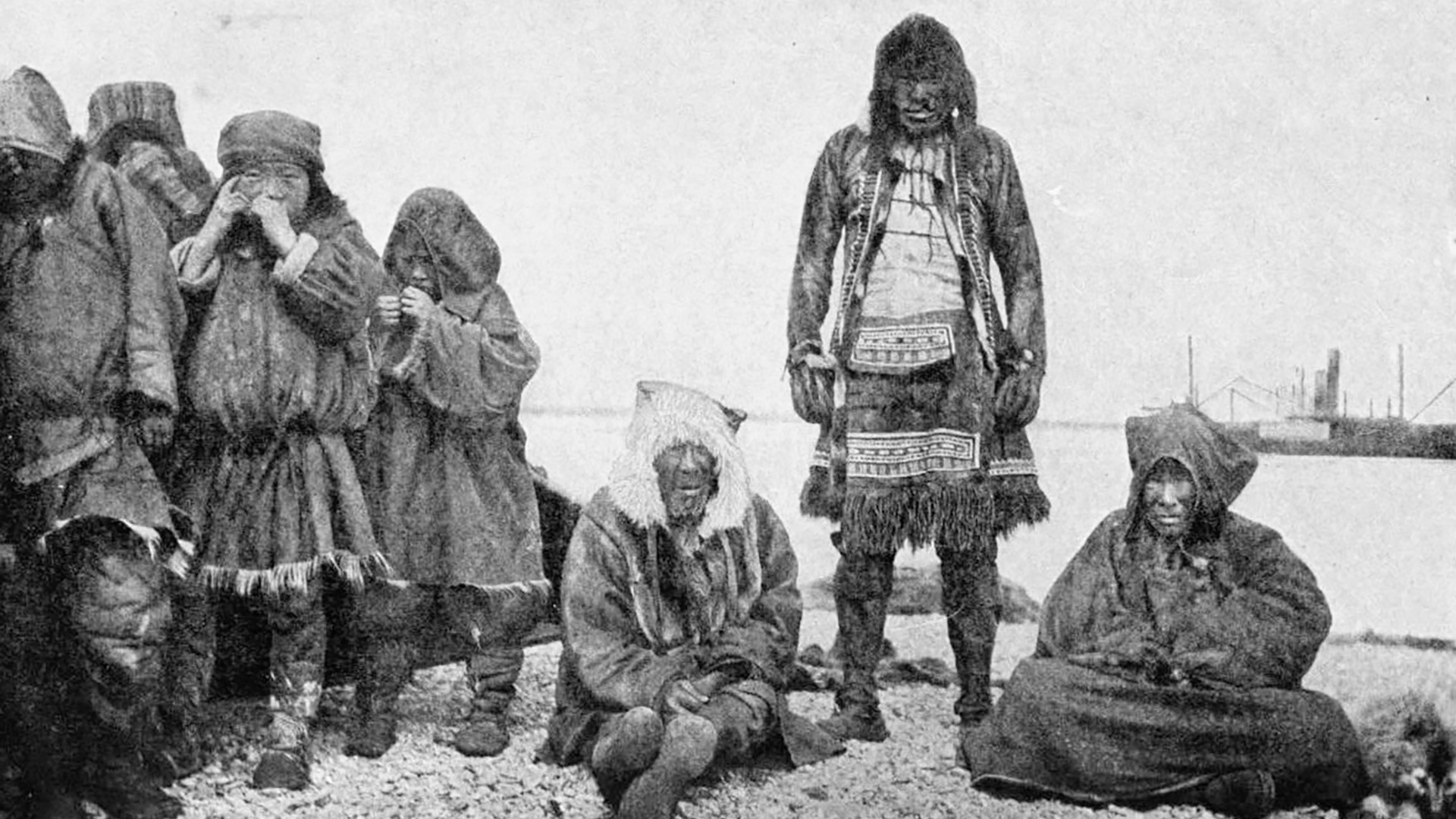 Despite all their military experience and technological dominance, the Russians couldn’t adapt to combatting the Chukchi in the wild. The natives used their knowledge of the landscape and moved fast, never staying anywhere long enough to allow the Russians to inflict damage on their camps.

In 1742 Empress Elizabeth ordered her soldiers “to eliminate all non-peaceful Chukchi.” Dmitry Pavlutsky, the local governor known for his successful battles with the Chukchi and his ruthlessness, organized a series of raids. It didn’t work out well – in 1747 his regiment was ambushed and Pavlutsky was killed. 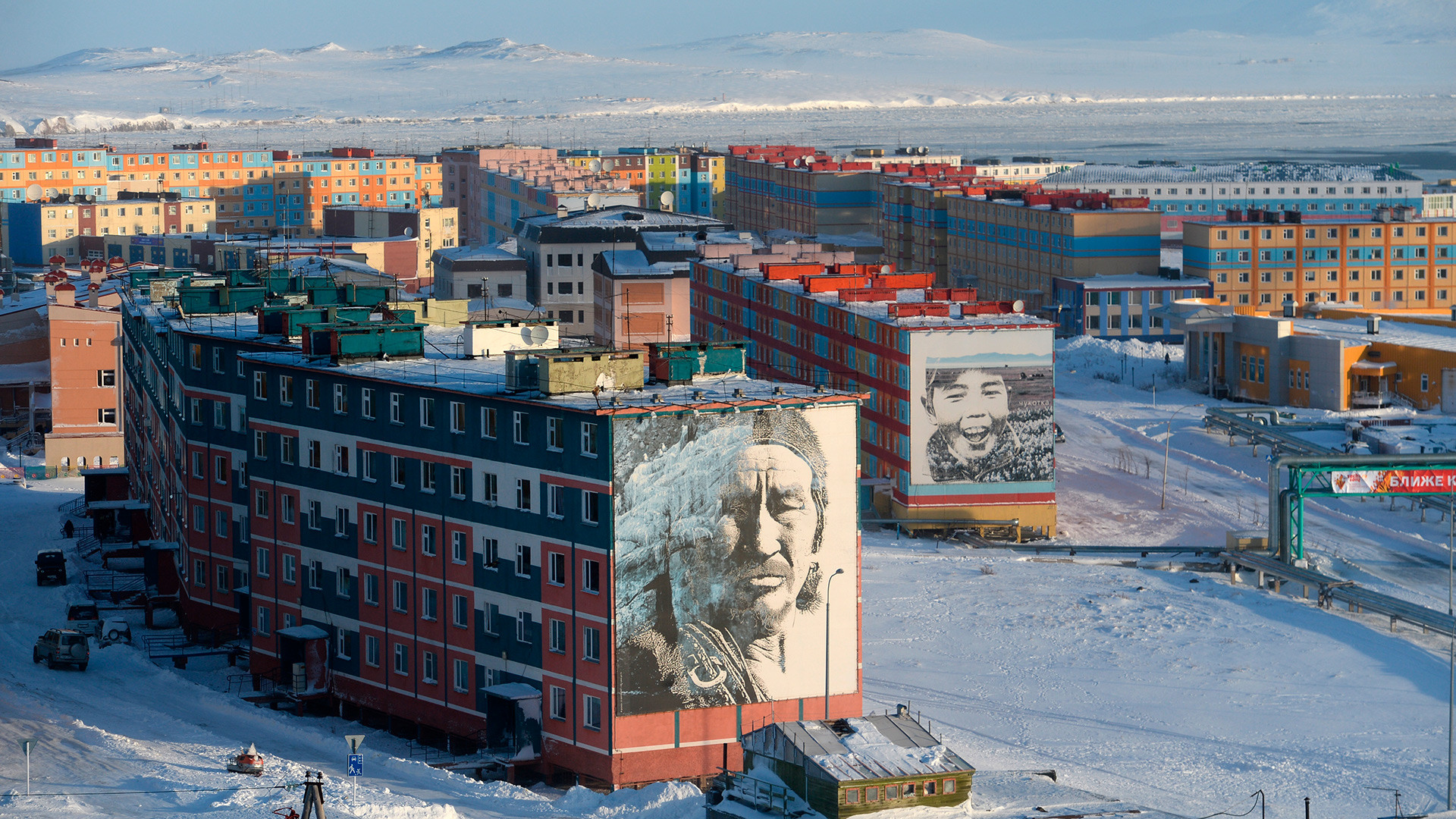 Residential buildings in modern Anadyr, the capital of Chukotka Autonomous Okrug within Russia.

In 1764 the Senate decided to halt the war as it was clearly too expensive and fruitless. The Anadyrsk settlement was burned by the Russians themselves as they retreated westwards, ending their attempts to conquer the Chukchi.

Surprisingly, the economic conquest was far more successful. Russia was soon selling a whole variety of goods to the nomads, who were impressed by what the Empire had to offer, and quickly put the turmoil of war behind them. The Chukchi and Russia became strong trading partners.

In 1779 Catherine II officially proclaimed all the Chukchi Russia’s citizens – though many of them probably knew nothing about this. The newly formed status quo satisfied everyone.