Punching a hole in the Iron Curtain: How was an American tycoon able to make deals with the USSR? 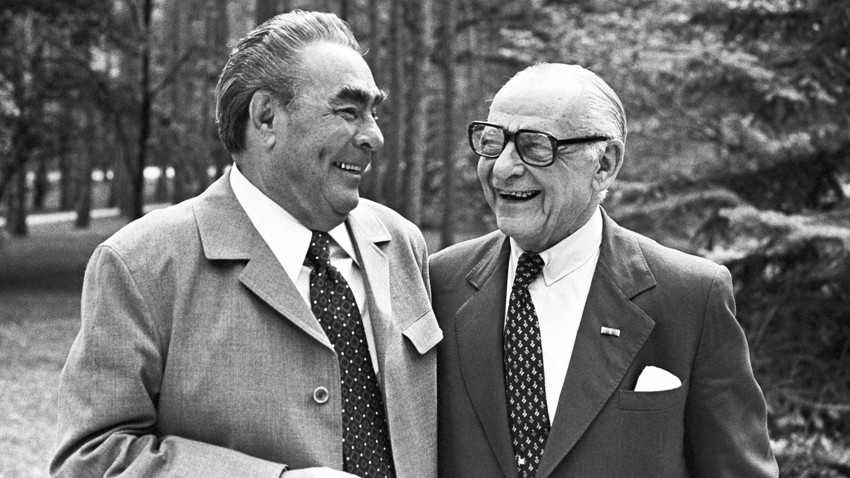 Leonid Brezhnev and Armand Hammer talk during a meeting.

Vladimir Musaelyan/TASS
Armand Hammer (1898 – 1990), the famous American businessman, was well acquainted with Soviet leaders from Lenin to Gorbachev, and despite the antagonism between the U.S. and the USSR he successfully conducted business with the socialist state for decades. It’s still disputed whether Hammer was a peace dove or a cunning Soviet spy, but one thing is for certain: the man knew how to make money despite politics.

In a memoir written many years after meeting Vladimir Lenin in 1921, Armand Hammer recalled the Bolshevik leader’s charisma: “If he had ordered me to jump out of the window I’d have probably done so.” Sounds impressive, especially from someone who was a committed capitalist, always determined to make a fortune.

Nevertheless, Hammer knew how to look beyond ideological hostilities and make himself useful to both sides, enriching himself in the process. He followed this strategy for the 70 years of the USSR’s existence, working as a negotiator, businessman philanthropist... and always profiting from it.

Though Hammer wasn’t a socialist, his father, Julius Hammer, a Jewish émigré from Odessa and a doctor and pharmacist, occupied a leading position in the Socialist Labor Party of America (SLP). Moreover, the name of his son was inspired by the “arm and hammer” symbol of the SLP. 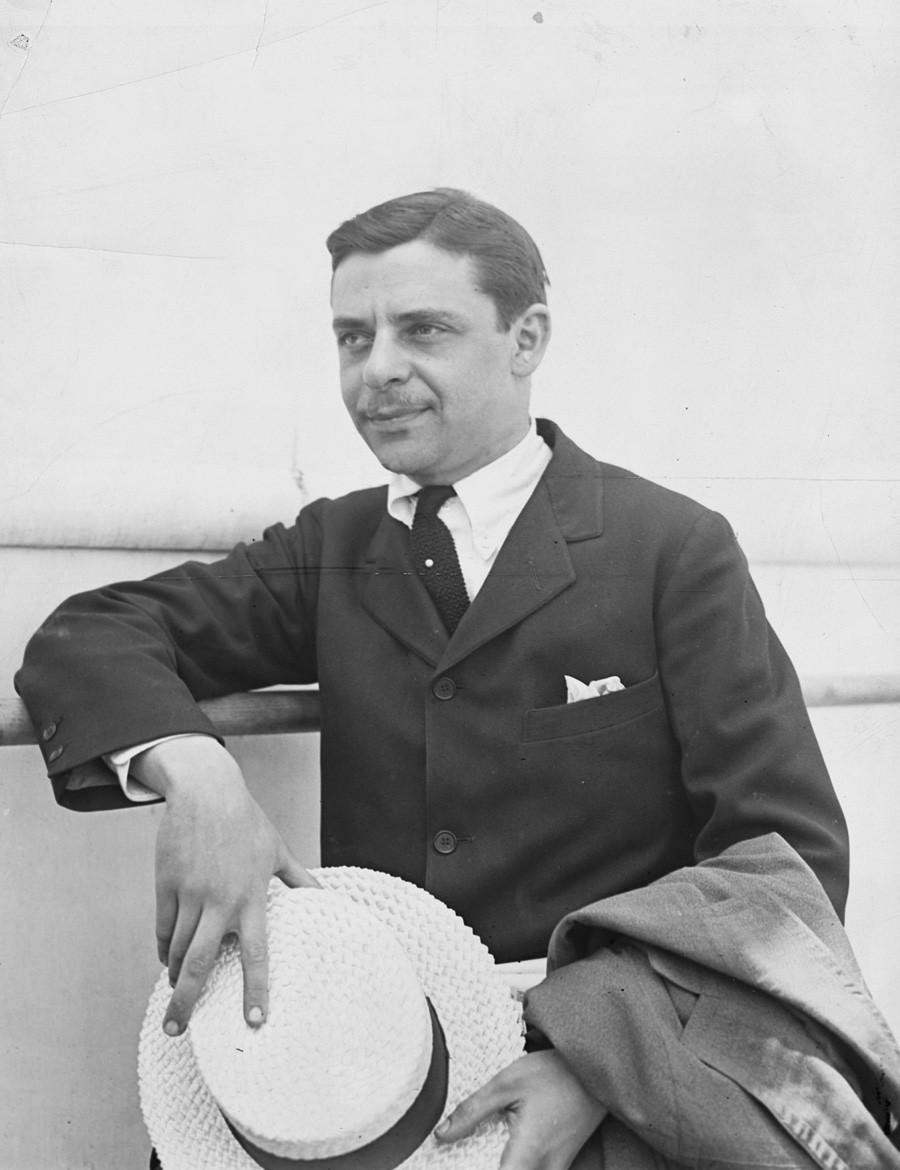 While Hammer was connected to socialism from birth, he at first devoted himself to the pharmaceutical business. During Prohibition, Hammer’s pharmacies were extremely successful, legally selling a ginger alcoholic solution that proved useful for making forbidden alcoholic drinks. Hammer was very skillful at operating on the very edge of the law, and this would always be his trademark.

To Russia with love

In 1921, the 23-year-old Hammer made his first voyage to Soviet Russia. Officially, his goal was to return money paid to purchase medicines that had been shipped to Russia during the Civil War. But after meeting Lenin (and not jumping out the window), the entrepreneur decided it was better to become the human link that connected the new socialist state and American business circles.

The Hammer family knew Ludwig Martens, Lenin’s representative in the U.S., so it was easy for Armand to make friends with the revolutionary leader. He started selling grain to Russia, which was in dire need because of the famine caused by the Civil War, and he supplied more than 1 million tons. But it was just a small part of his business with Russia.

Pencils in, Faberge out

Having secured the favor of Soviet leaders in the early 1920s, Hammer moved to the USSR for a decade and opened several ventures thanks to concession contracts. The largest venture was a factory to produce pens and pencils – an American was basically providing the USSR with writing utensils! 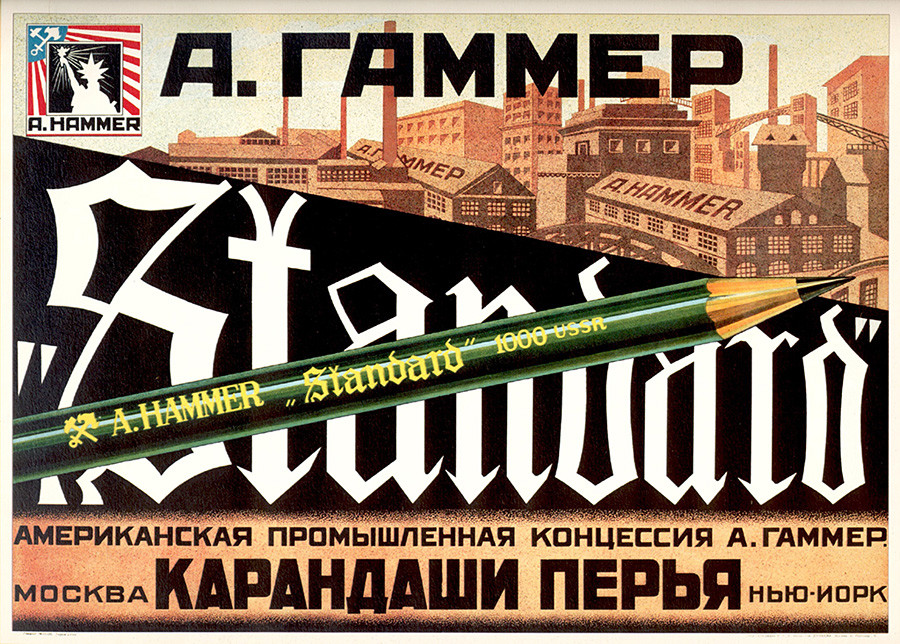 Hammer also worked as an intermediary in the USSR, representing major American firms, such as Ford Motor Company and States Rubber. The clever businessman also operated an asbestos mine in Siberia. Any business that made money was good business for Hammer.

At the same time, Hammer showed interest in art, also in a commercial way. Taking advantage of the political unrest and chaos in the 1920s, he bought many treasures at favorable prices from Russian state museums, including several Faberge eggs, and resold them at high prices in the West. There’s also a dark side to this art trade, however. In addition to genuine , Hammer reportedly sold copies and outright fakes. Later, he organized art exhibitions in Russia, and that was also quite murky.

“When he was bringing his priceless exhibitions to Moscow, art historians were completely confused. No one could tell if they were originals or fakes,” Sovershenno Sekretno magazine wrote.

When Stalin came to power, even friendly foreigners such as Hammer were no longer welcomed in the USSR. So, in the early the capitalist moved back to America, giving up most of his Soviet concessions. While he had enough to do at home, he never cut ties with the USSR, eventually re-launching his activities Stalin’s death.

He met with Nikita Khrushchev and Leonid Brezhnev, gaining the favor of the latter in the 1970s, and his first major project was to build a modern, world-class office center in the USSR, today as the International Trade Center. When helping the Soviets to get a $100 million loan from American banks, Hammer was careful to skim some off the top, asking for a transaction commission that amounted to several million U.S. dollars.

This wasn’t Hammer’s only success at that time. He also helped to build the largest nitrogen plant in the and was praised for gifting the first alleged Goya painting to the State Hermitage Museum. The painting is now widely suspected to be a fake, but back then it was good PR for the daring businessman. 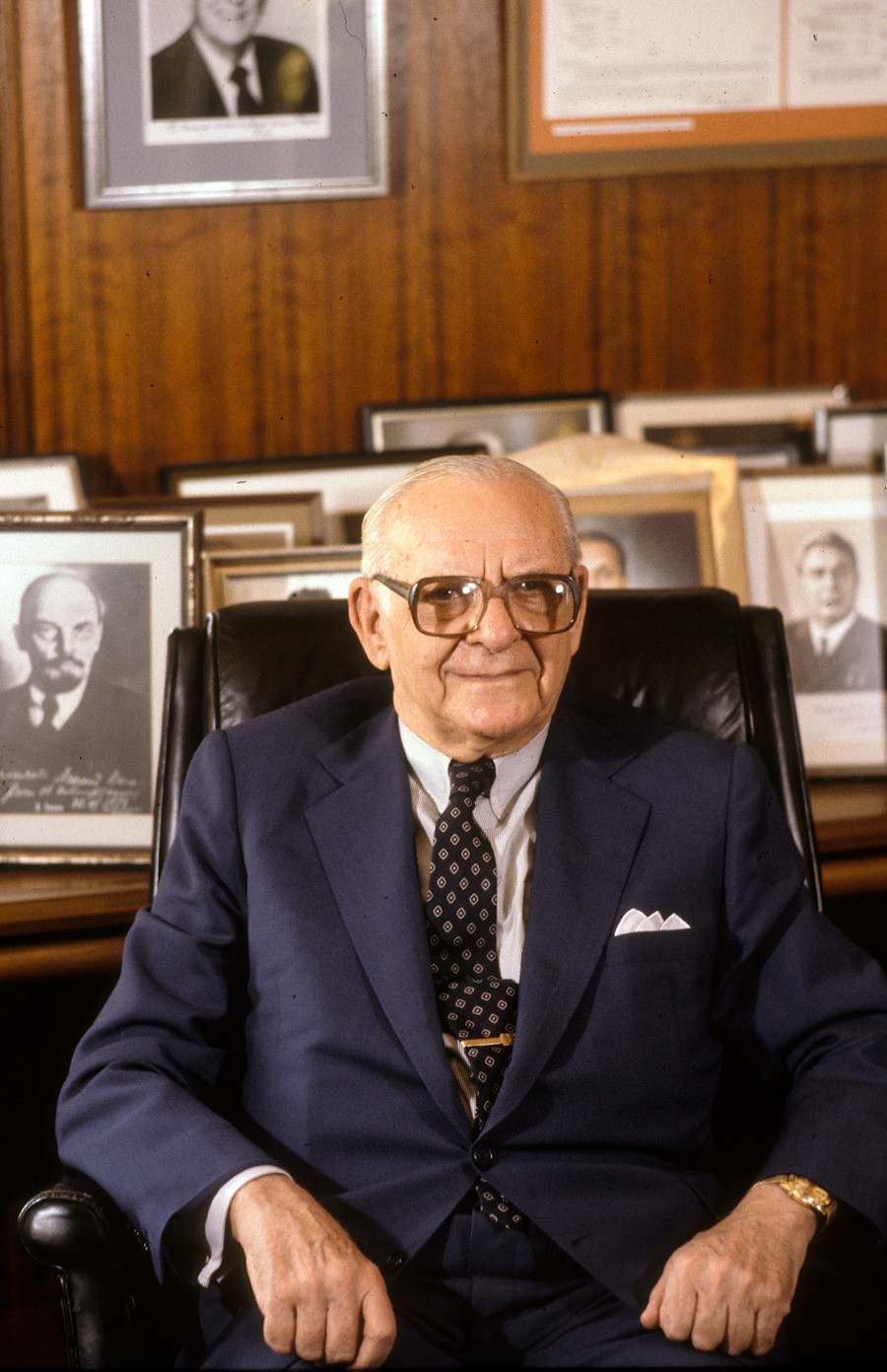 Armand Hammer in his office in Los Angeles (1980), with a portrait of Lenin on the background.

Controversial as he was, Hammer combined his business-first approach with diplomacy and charity, for example, sponsoring medical assistance for Soviet citizens injured in the Chernobyl catastrophe in 1986. He was always an important link between the U.S. and the USSR.

“I've been instrumental in trying to bring peace between East and West, and I've been thanked by presidents for what I've done in helping to bring (this) about,” Hammer used to say.

At the same time, it’s still disputed whether he was a Soviet agent. Edward Jay Epstein, author of Dossier: The Secret History of Armand Hammer, claims that Hammer surely was a spy who laundered money for Moscow and financed communist espionage operations. The Soviet security service, however, doubted it.

According to an unnamed Soviet general quoted by Kommersant newspaper, Armand was always ready to talk, but he gave was impossible to verify. “Hammer worked only for himself,” concluded the general.

If you want to know more about the history of Russian-American relations, feel free to read our article concerning the Statue of Liberty and its possible Russian roots.