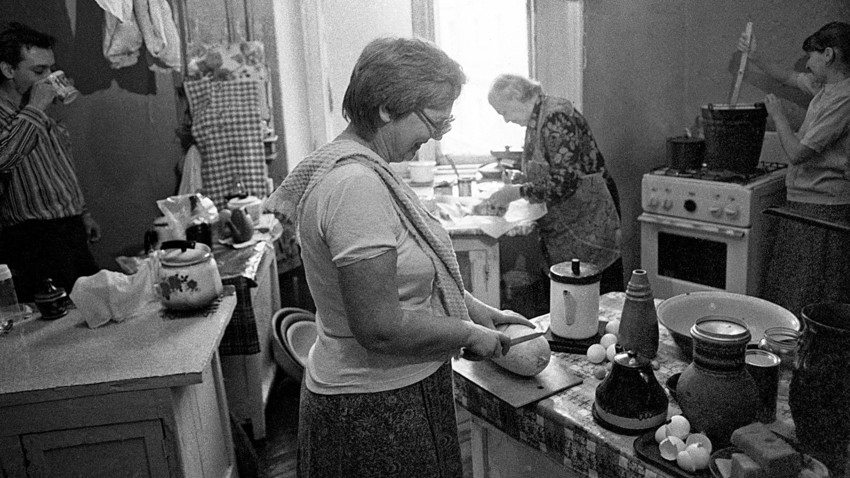 Kitchen in a communal flat in Moscow

Oleg Ivanov/TASS
You might not have known this, but dealing with the daily struggles of life in a communal flat (komunalka) in Soviet times was no walk in the park. This is our list of five unusual but useful household regulations that are based on the experiences of Soviet people from the 1920s to Perestroika.

Regulation No. 1: Oppress the Bourgeoisie 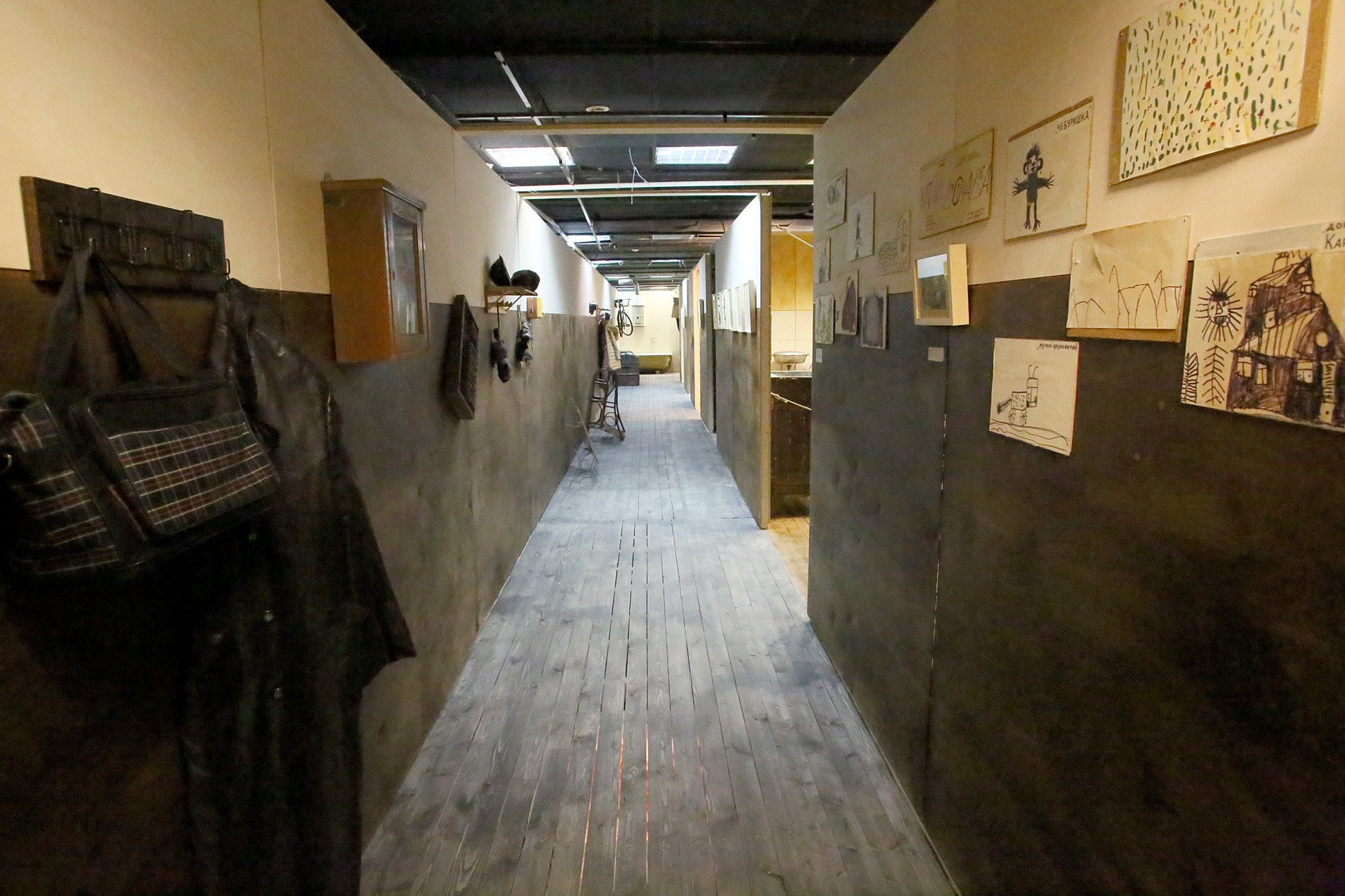 A shared space in a kommunlka

After the Revolution of 1917, the new Bolshevik government issued an order to optimize housing. Big apartments, especially in central Moscow and St. Petersburg, were converted into communal apartments. Owners had only one room for their family and belongings, sharing the rest with strangers and their families. They built endless partition walls to divide large rooms and even bathrooms. This process was brilliantly depicted in Mikhail Bulgakov’s novel, Heart of a Dog.

The Bolsheviks called on people to fight the bourgeois way of life, arguing that it was a distraction from building communism. “It was quite comfortable in our one room, but in we were taught that comfort was akin to philistinism,” author Lidiya Lebedinskaya recalled. “So, once when returning home from school, I looked around and realized that I had to immediately battle philistinism. There were still no adults at home, so I took the scissors and cut away the tulle curtains from the window. Then I took off all the paintings and portraits from the walls and threw at them knives and forks. Tying everything with a tablecloth, I took it to the trash... Just when I was trying to take down the carpet, my father returned home from work...”

Regulation No 2: Mind the line! 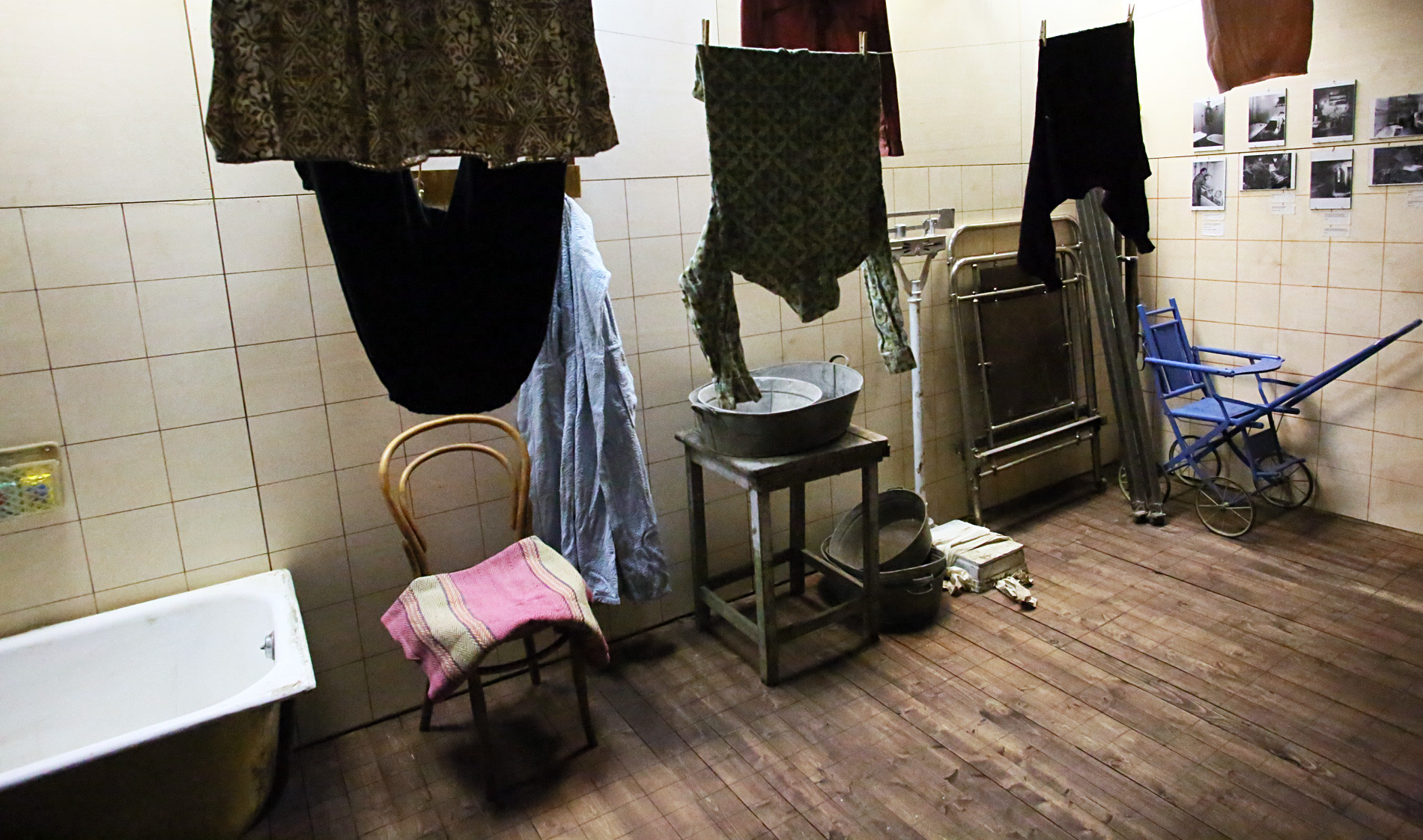 Everything in communal flats ran according to a strict schedule and rules. Each resident had only about 30 minutes each day to use the bathroom, and during this time one had to wash himself, his children, as well as his clothes. If one took too long then the neighbors would knock angrily on the door. There was even a special schedule for drying clothes, and so underwear and linen were usually hanging in the bathroom and in the kitchen.

“There was a line for the bathroom and the toilet every morning. People became agitated: 'What is he doing in there so long?' Old ladies patiently waited their turn with their grandchildren's night ,” remembers the artist I. Soya-Serko.

Regulation No 3: Be careful with your neighbors 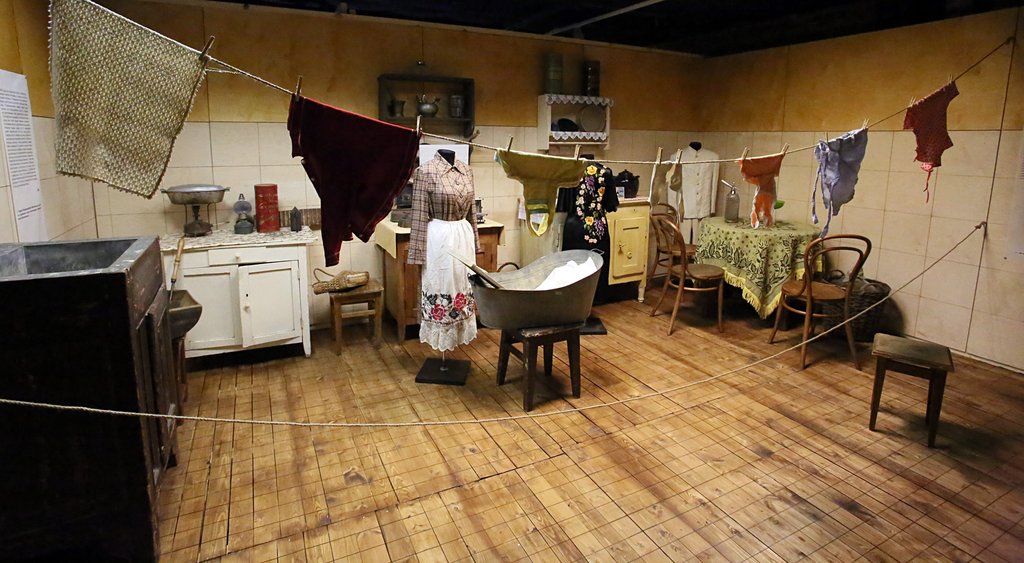 There could be up to 15 rooms in a , each home to one family. You can imagine the chaos in that kitchen! There were several stoves and tables, and you must never mix up your plates and food with those of a neighbor’s, or tempers would flare. Children made lots of noise, and there could be up to nine cats in a single apartment. 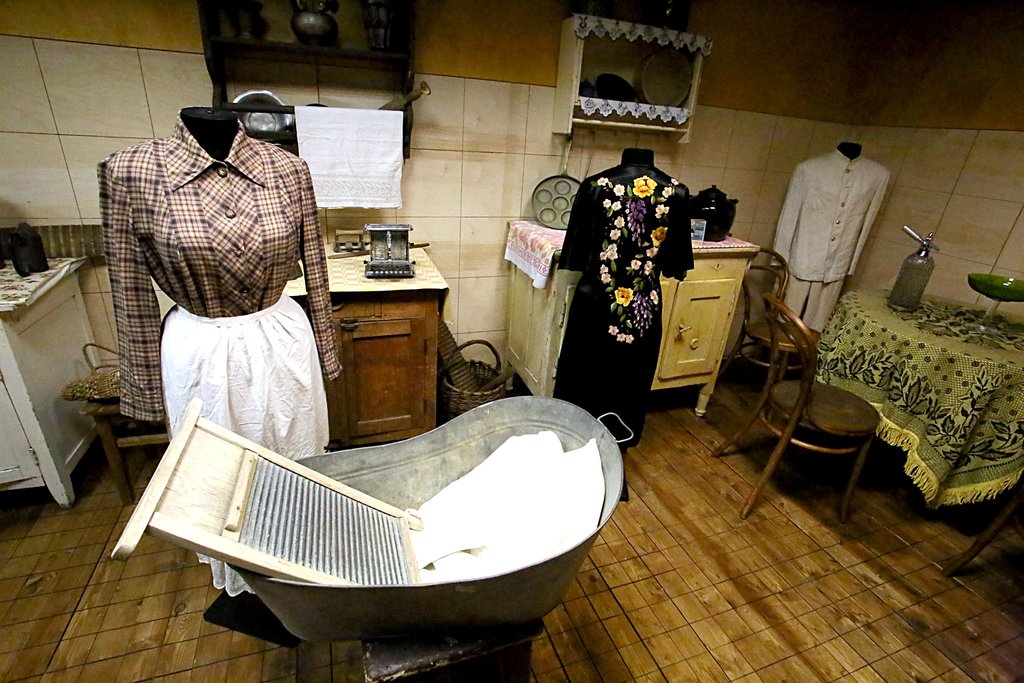 “Housewives were running down the hall with pots. Next to each table in the kitchen people cooked food for the evening and the next morning. There was an enormous din from all the voices and the hissing stoves, the constant steam rising up from the cooker, and a range of different smells permeating the hall and rooms,” Soya-Serko remembers.

Regulation No 4: Make your kitchen functional 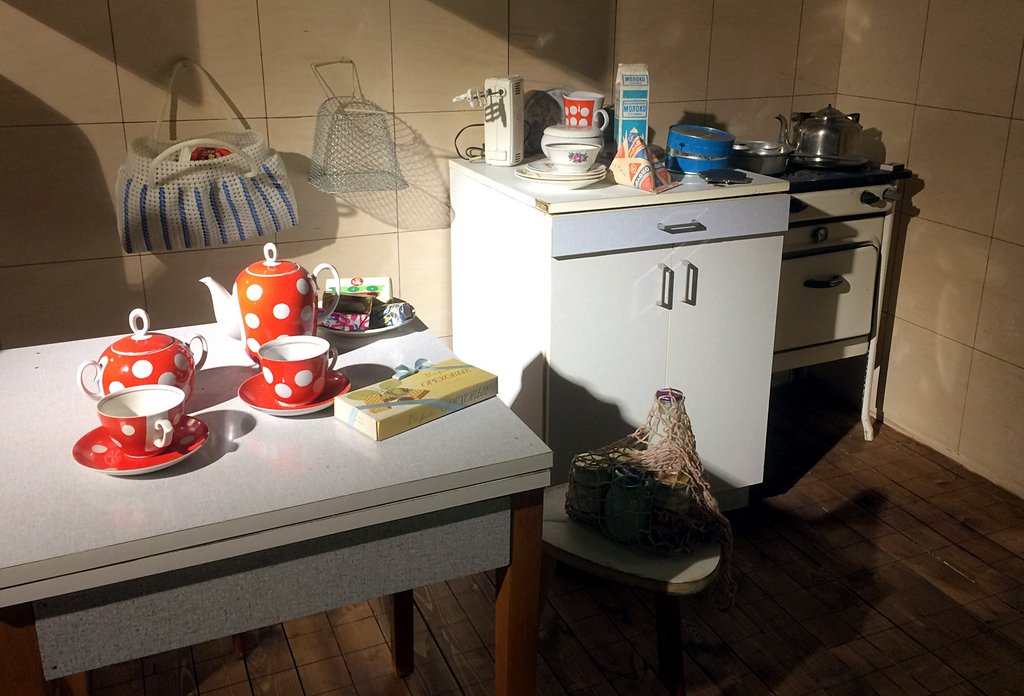 There was a popular joke in the 1970s, around the time people started to get their own apartments and were leaving the . The traditional housewife archetype “Maria Ivanovna,” entered the kitchen early in the morning when everybody was sleeping, and added laxatives to her neighbors’ pots. Only after about a week did she remember that she was now living on her own.

The new apartments were often ridiculously small, and the kitchen was usually five square meters, but people were happy because they finally had a place of their own. The new kitchens were equipped with the same furniture and home electronics, and Soviet people would keep foodstuffs and cereals in dozens of tins. If anything didn’t fit, they could always store it on the balcony.

“I wrote my in the kitchen, we welcomed guests there, chatting away into the early hours of the morning, telling jokes,” recalls Muscovite Vyacheslav Zinchenko. “Everybody's favorite holiday was New Year's, with its tangerines, Olivier salad and (jellied meat) that we kept on the balcony. Since there were many guests, we had to mix the Olivier salad in a large enamel basin. And of New Year's was not complete without the film, Ironiya Sud’bi  (‘Irony of Fate’).” 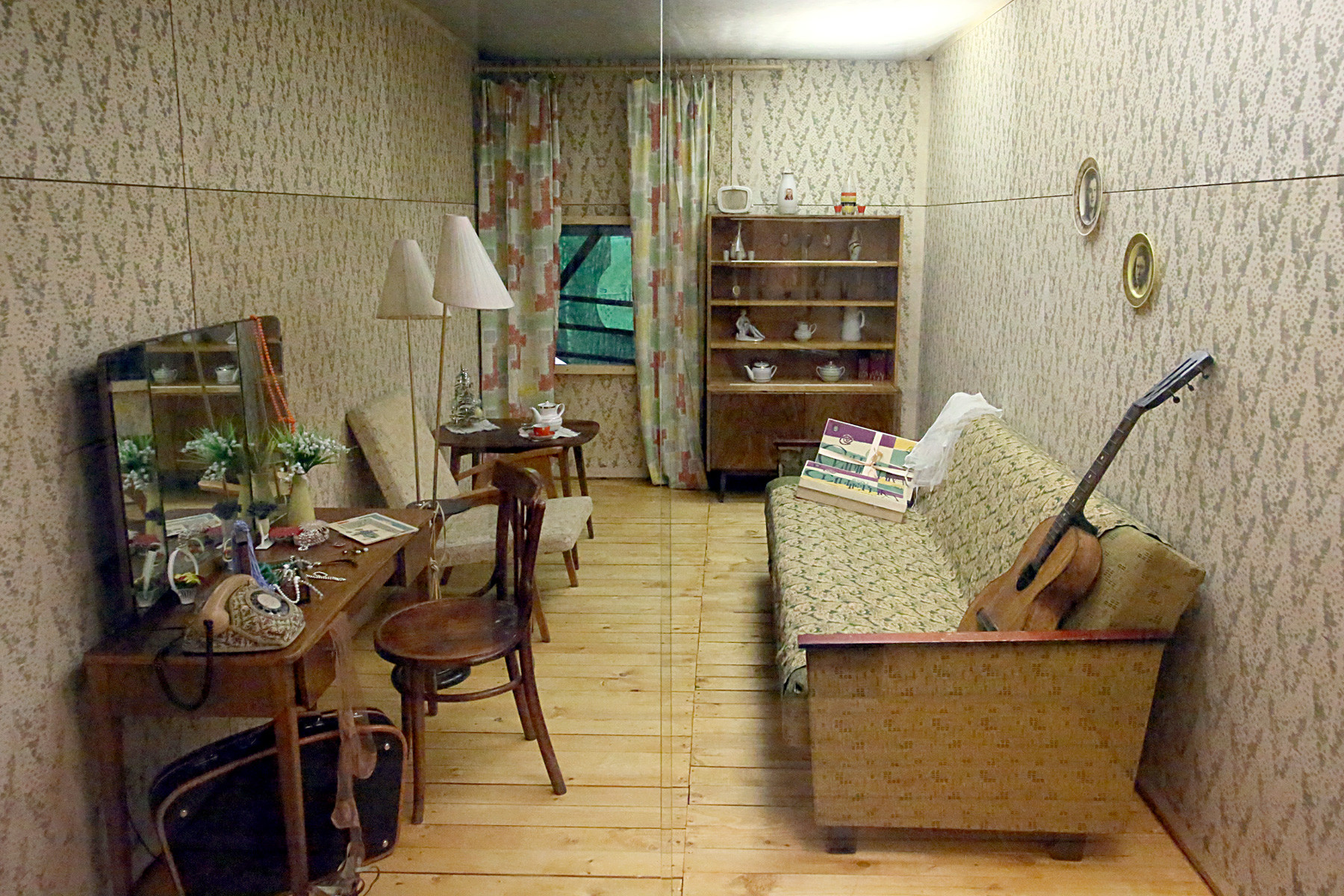 In the 1960s -1970s, people began moving from communal apartments in downtown Moscow to the far-away districts. There, the state gave them apartments in new buildings. Some districts were far not only from the city center but also from public transportation.

Here is what Muscovite Tatyana Starostina recalls: “In 1977, we received a new 3-bedroom apartment at the very end of Biryulyevskaya Street. When we arrived there, we were surprised. It was so calm, the sounds of our steps echoed through the whole quarter. There was a big empty lot behind our house and a forest could be seen in the distance... Everything was fine, except the fact that the nearest bus stop was a 15-minute walk, and the nearest metro station was a 25-30 minute ride. My first ride ended dramatically. I was late to work by an hour, broke a heal on my new black boots, which I had spent four hours at the GUM department store to buy, and finally lost all the buttons remaining on my coat.”

The exhibition, “Old apartment” (link in Russian), where you can see reconstructed interiors from the early 20th century up to the 1990s, is on display at the Museum of Moscow until April 10.