When Scali met Feklisov: The lunch that saved the world from nuclear disaster 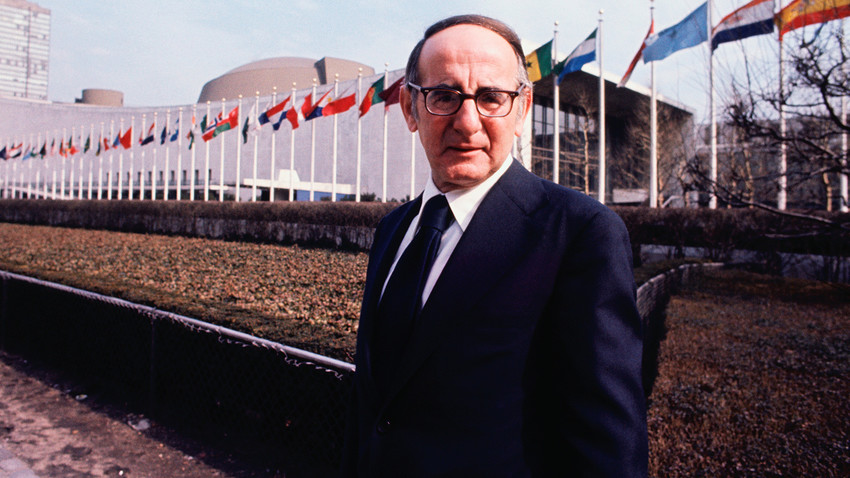 John Scali from ABC TV, a man who, along with a Soviet resident, helped to save the world in 1962.

Getty Images
The Cuban Missile Crisis, which took place in the fall of 1962, nearly led to a nuclear war between the United States and the Soviet Union. Fortunately, the two sides managed to resolve the dispute peacefully, and an American TV correspondent and a Soviet agent played a major role in averting disaster.

Difficult as it is to believe, two men in Washington who officially had nothing to do with either Cuba or Soviet missiles played an important role in the peaceful resolution of the Cuban Missile Crisis. They were an American correspondent for ABC named John A. Scali and a Soviet intelligence officer, officially employed as a counselor at the USSR embassy, named Alexander Feklisov.

Colonel-General Fyodor Ladygin writes in his memoirs: "The president's brother, Robert Kennedy, decided that a new should be found for confidential communication between the U.S. and the USSR. He asked his acquaintance, television presenter John Scali, to organize a meeting with the ambassador's counselor Feklisov".

Missiles and a pork 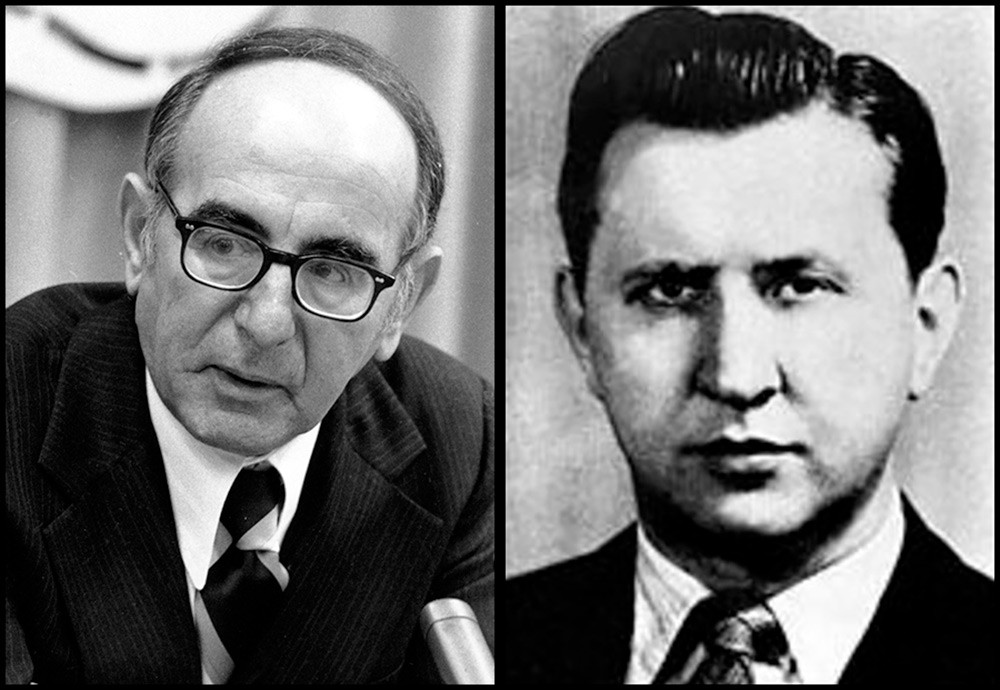 years later, however, Scali himself recalled that it was Feklisov (who worked at the embassy under the name of Aleksandr Fomin) who called him and invited him to lunch: "I'd already had lunch when he called me, but his voice was so urgent and insistent that I decided to go immediately".

The two men met at the Occidental restaurant, two blocks from the White House, and, having ordered their food, got straight to the point: War seemed about to break out. "Scali looked agitated," Feklisov recalled. "Without any preamble, he started accusing Khrushchev of a policy of aggression… I reminded him that it was his country that was trying to surround the USSR with a network of military bases and was building up anti-Soviet military blocs…" 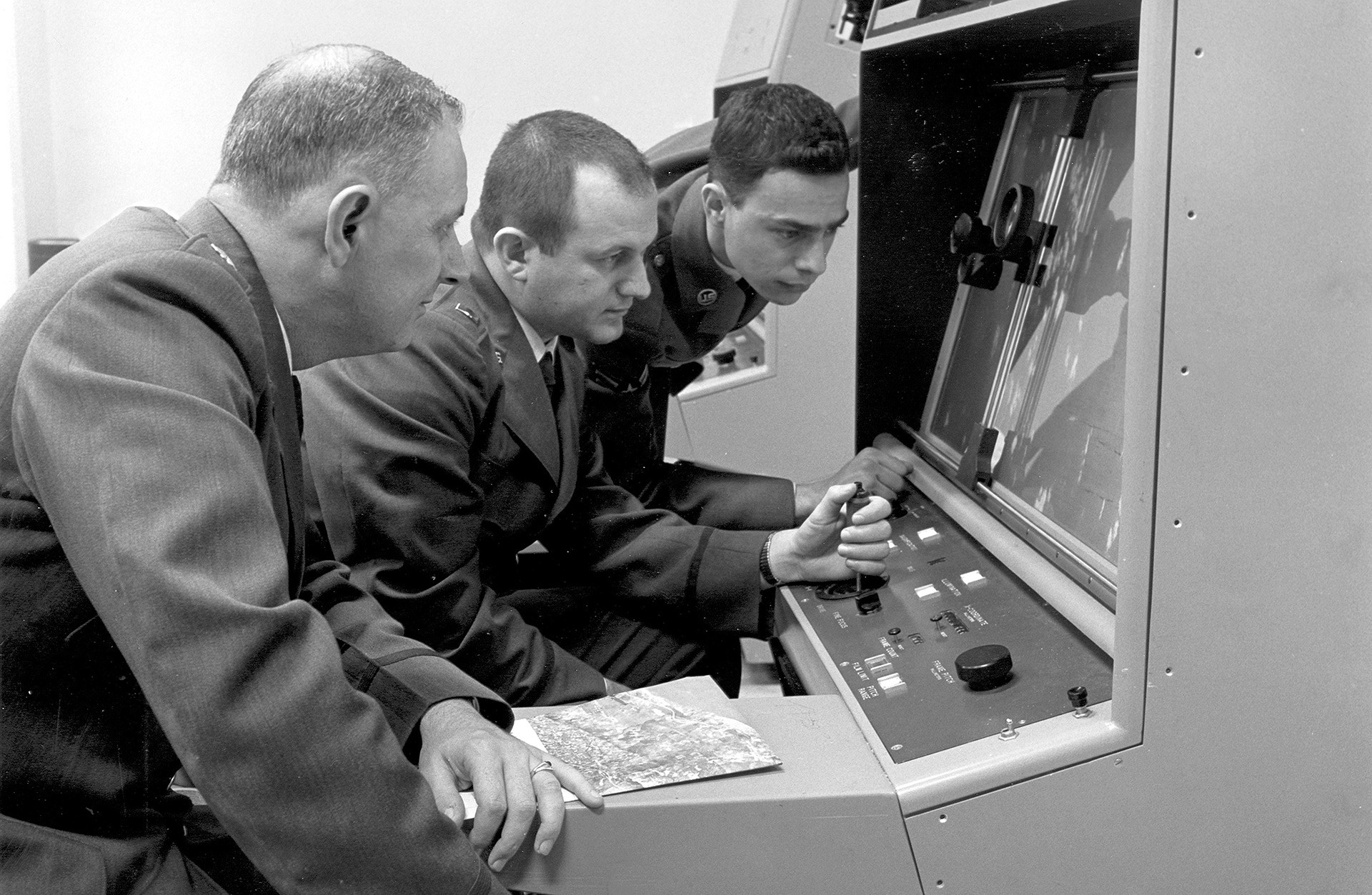 According to Scali, Feklisov suggested a solution: "He then said, 'There might be a way out; what would you think of a proposition whereby we would promise to remove our missiles under United Nations inspection?" Scali replied he didn't know but would be willing to try and find out. And given that the TV presenter was a good friend to the Kennedy brothers, he could act as a mediator.

The rest of the meal was eaten in silence. Scali recalled that Feklisov was so preoccupied that he accidentally took Scali's crab cakes and the latter ended up with the pork chop Feklisov had ordered. In order not to further aggravate an already intense international situation, Scali pretended not to notice.

Feklisov and Scali met again several times and these meetings played a crucial role in reaching a compromise. Both informed their governments directly of the conversations, bypassing official diplomatic channels. This secret informal communication allowed the leaders of the U.S. and the Soviet Union to avoid being accused of making too many concessions and appeasing the enemy 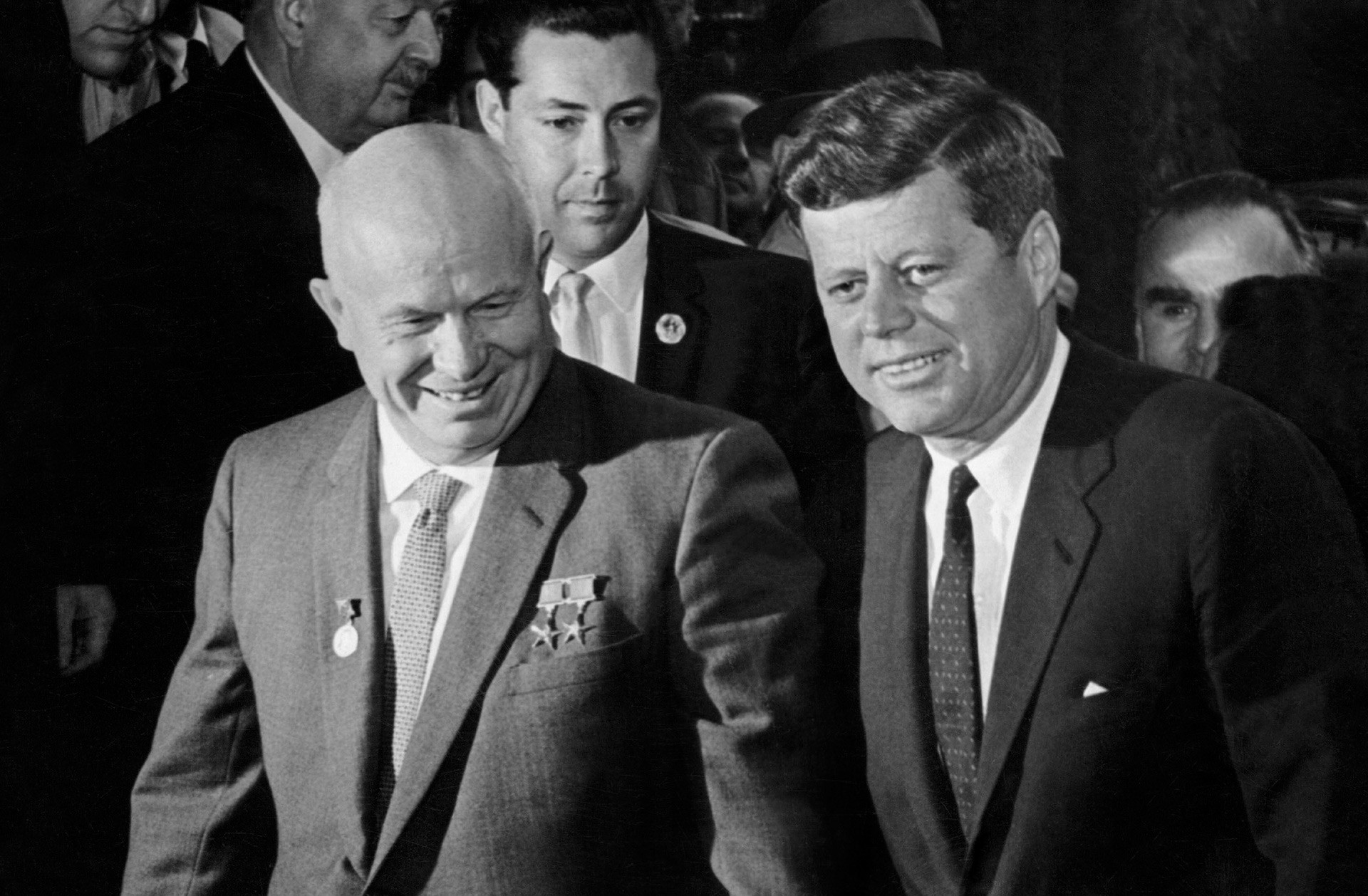 Nikita Khrushchev and John F. Kennedy - Feklisov and Scali were communicating on their behalf, in fact.

pivotal moment with Feklisov's bold statement that a nuclear strike against Cuba would lead to the USSR taking similar action against West Berlin. "You know, John, when a tidal wave of a thousand Soviet tanks goes into battle, and ground-attack planes are striking from the air, they’ll sweep away everything in their way. I think they will hardly need more than 24 hours to break the resistance of the garrisons and capture West Berlin," Feklisov recalls himself saying in his book Beyond the Ocean and on the Island. Notes of an Intelligence Officer.

It was a great risk for Feklisov himself because Khrushchev had not authorized him to talk of the possible capture of West Berlin. He had improvised, acting at his own risk and on with all responsibility on his shoulders, but it worked out in the end 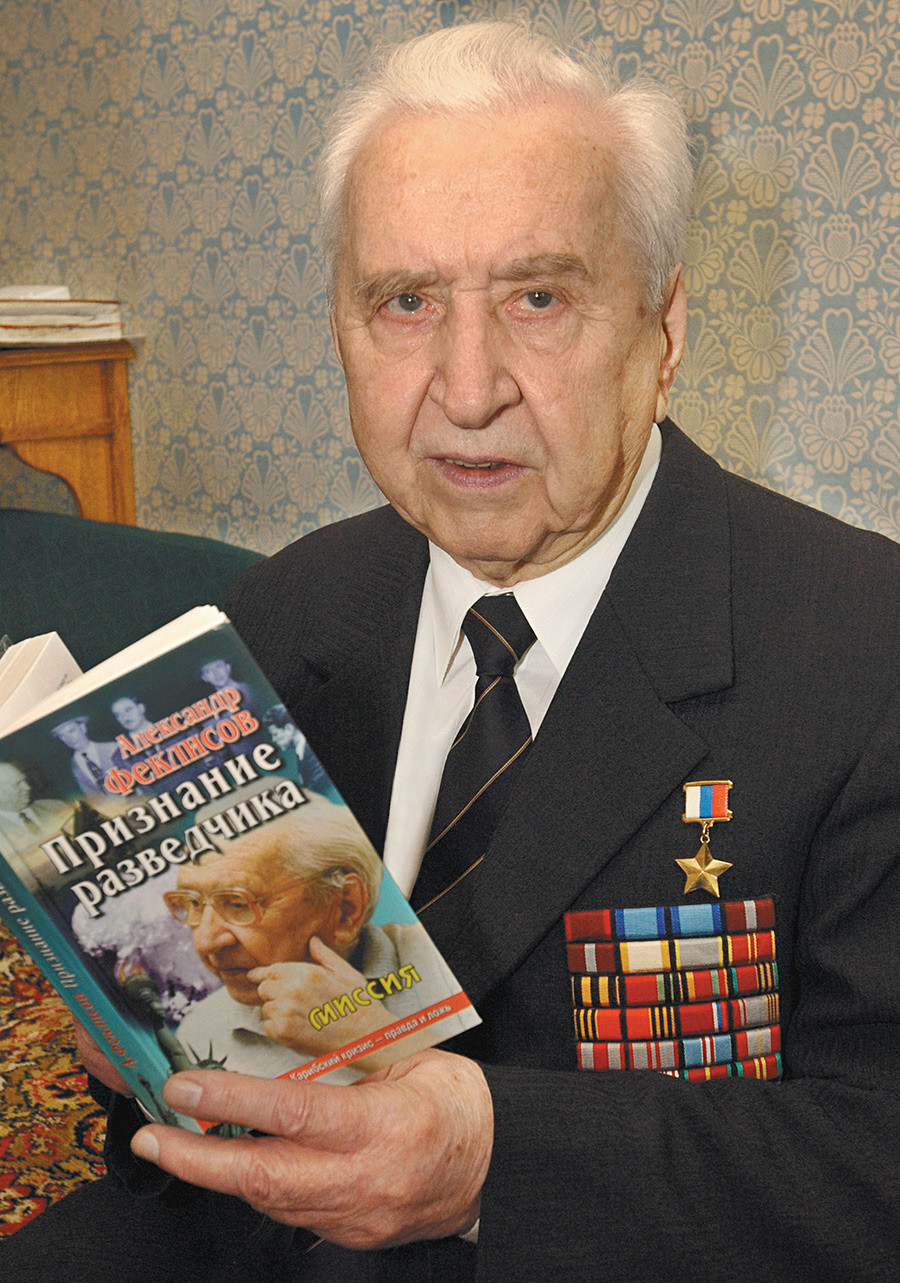 Alexander Feklisov, decades after the solution of the Cuban missile crisis, with a book of memoirs in his hands.

the American President John F. Kennedy, the specter of on West Berlin proved decisive during the talks. He proposed that the U.S. would dismantle its missiles in Turkey and leave Cuba alone, and the USSR must withdraw its nuclear weapons from Cuba.

Next came a letter from Khrushchev to Kennedy in which the Soviet leader assured the American president that it was with "respect and trust" that he understood Kennedy's promise that the U.S. and its allies would not invade Cuba and, in light of this, the USSR was withdrawing its missiles from the island: "We have just issued orders for these weapons to be dismantled and removed.”

In fact, all agreements between Kennedy and Khrushchev were verbal, but the sides took each other's word for it, and all the promises were met. 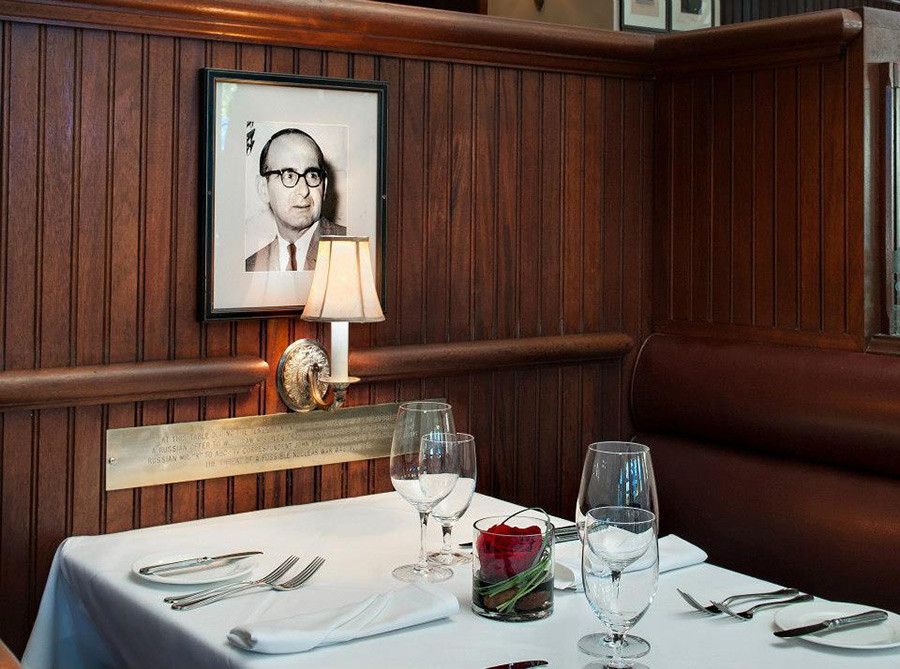 Portrait of John Scali in the Occidental restaurant, Washington DC.

John Scali died in 1995 in Washington, and Alexander Feklisov died in 2007 in Moscow. Neither became famous, but both went through their lives with the knowledge that they had helped the world avert disaster.

A plaque reading as follows still hangs in the Occidental Restaurant in Washington: "During the tense moments of the Cuban missile crisis (October 1962) a Russian offer to withdraw missiles from Cuba was passed by the mysterious Russian 'Mr. X' to ABC-TV correspondent John Scali. On the basis of this meeting the threat of a possible nuclear war was avoided.”

Want to know how did the Soviets put its missiles in Cuba in the first place? Of we have a special article on this theme!