Where was the largest monument to Stalin outside Russia? (PHOTOS) 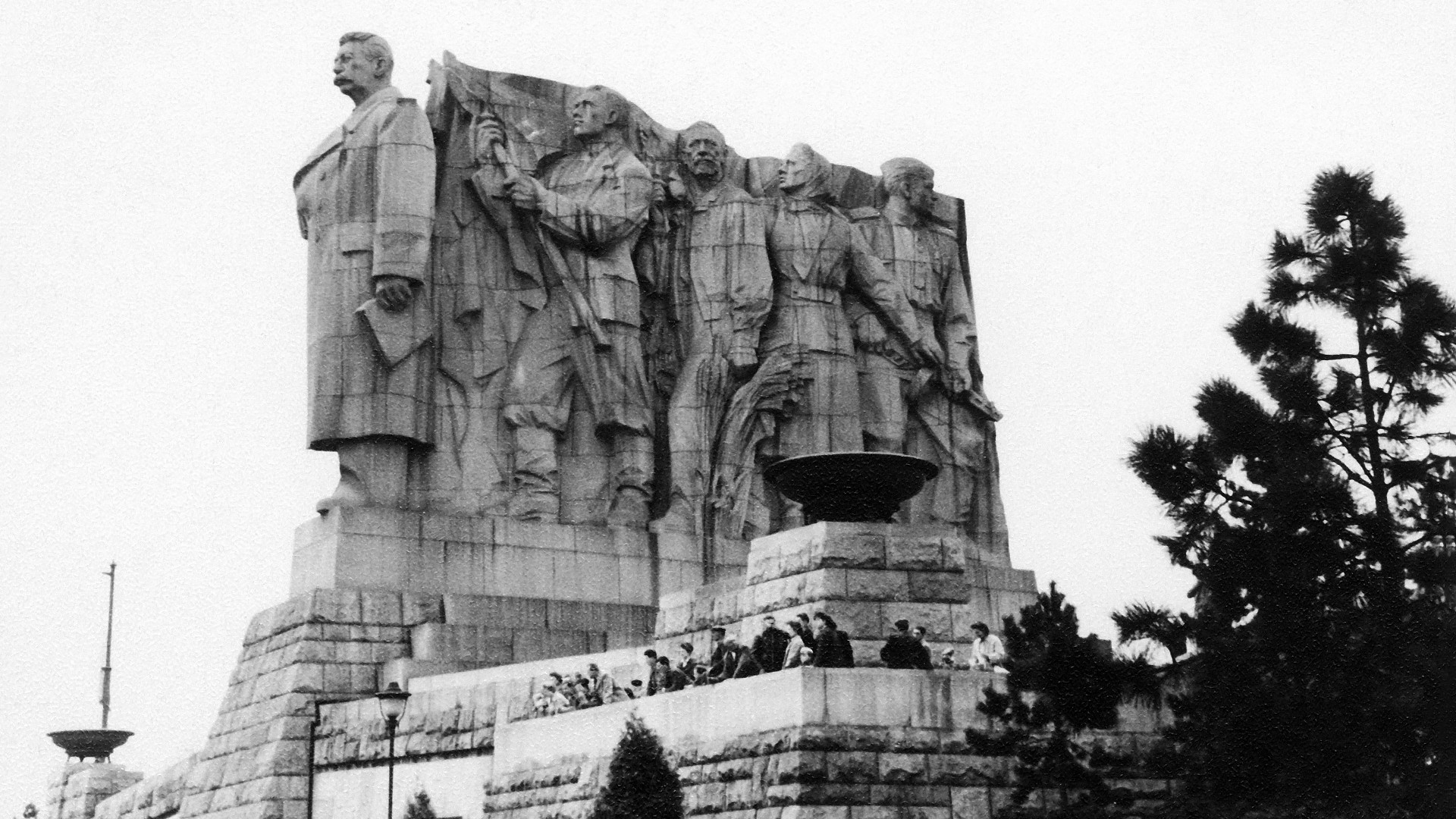 A monument to Josef Stalin in Prague, Czechoslovakia, 1956.

Y. Kovalenko/Sputnik
The largest monument to Stalin outside the Soviet Union was located in Prague. It was also the largest group statue in Europe at the time. 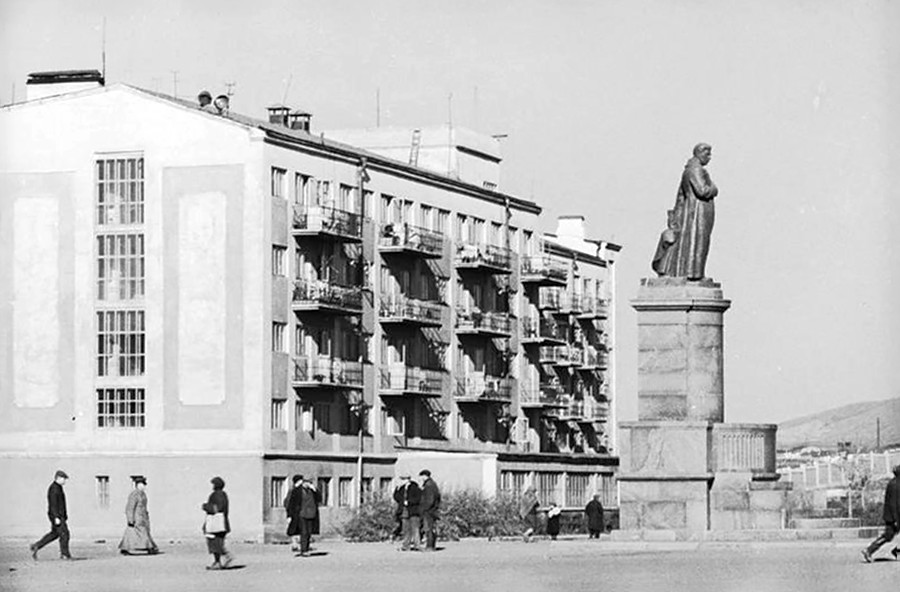 In the 1930s monuments to Stalin was an integral part of every Soviet city, town or village. Thousands of them were erected across the country and found their places at stations, parks and central squares. However, at the 20th Congress of the Communist Party in 1956 the cult of Stalin was denounced and the de-Stalinization process was initiated. After that, the Stalin monuments were doomed. In the space of just a few years, almost all of them were destroyed and erased from memory. 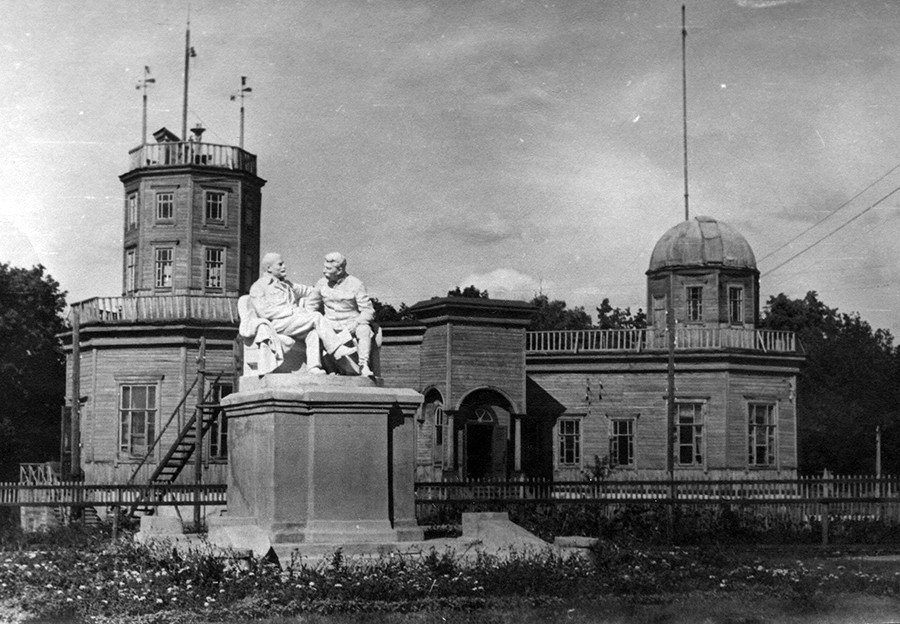 Stalin was often depicted near Lenin. Numerous copies were made of the “Lenin and Stalin in Gorki” monument, depicting the two Communist leaders sitting and talking to each other on a bench. Stalin especially loved this monument. 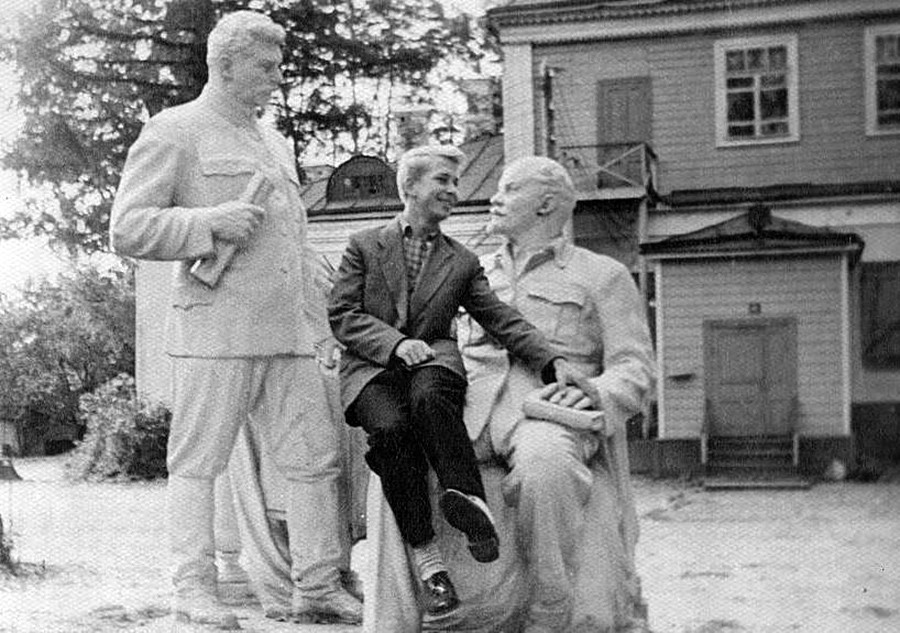 When the de-Stalinization process began, Stalin’s figure was removed from the “Lenin and Stalin in Gorki” monuments. But the end result looked odd: Lenin sitting alone in a ridiculous pose talking to empty space. So it was decided to remove Lenin as well. 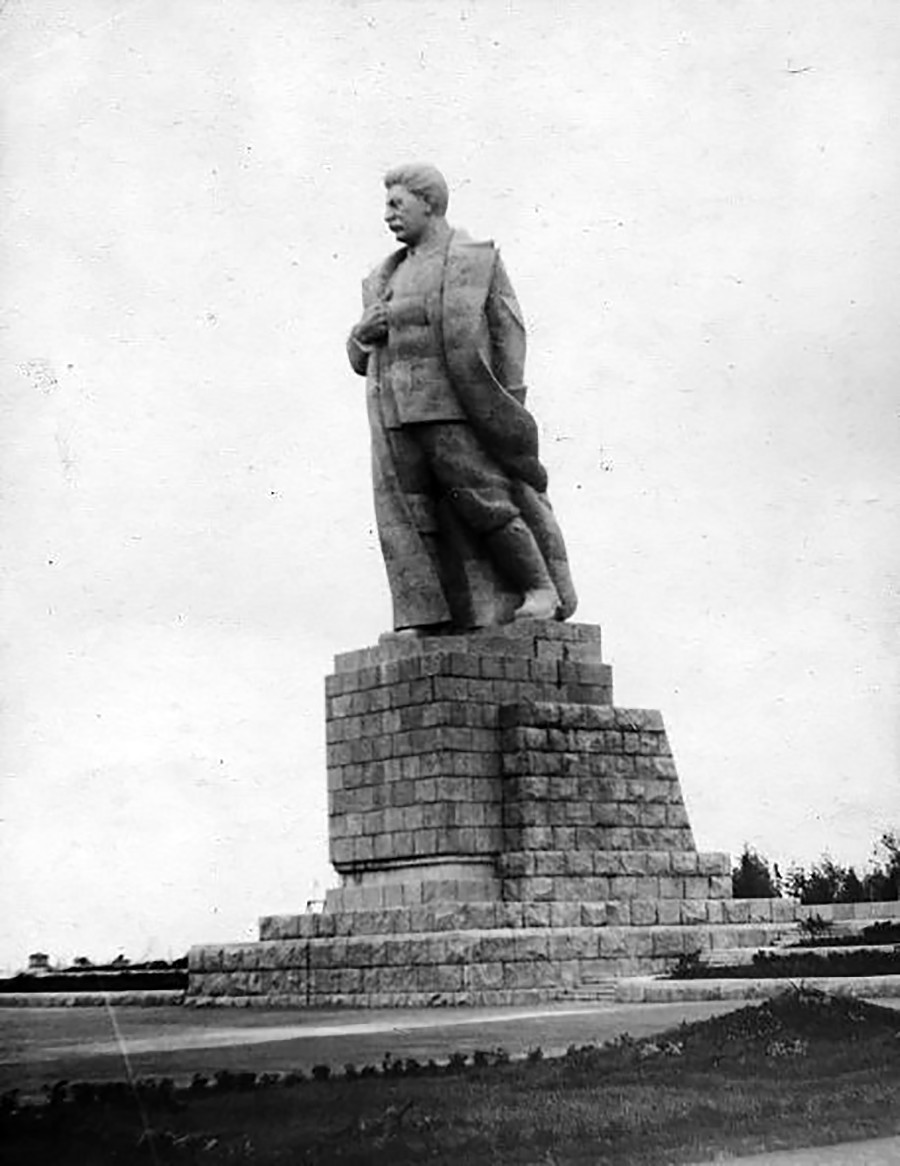 The most popular and mass-copied Stalin monument was located at the Moscow Canal. It became the model for many Stalin monuments erected across the country. 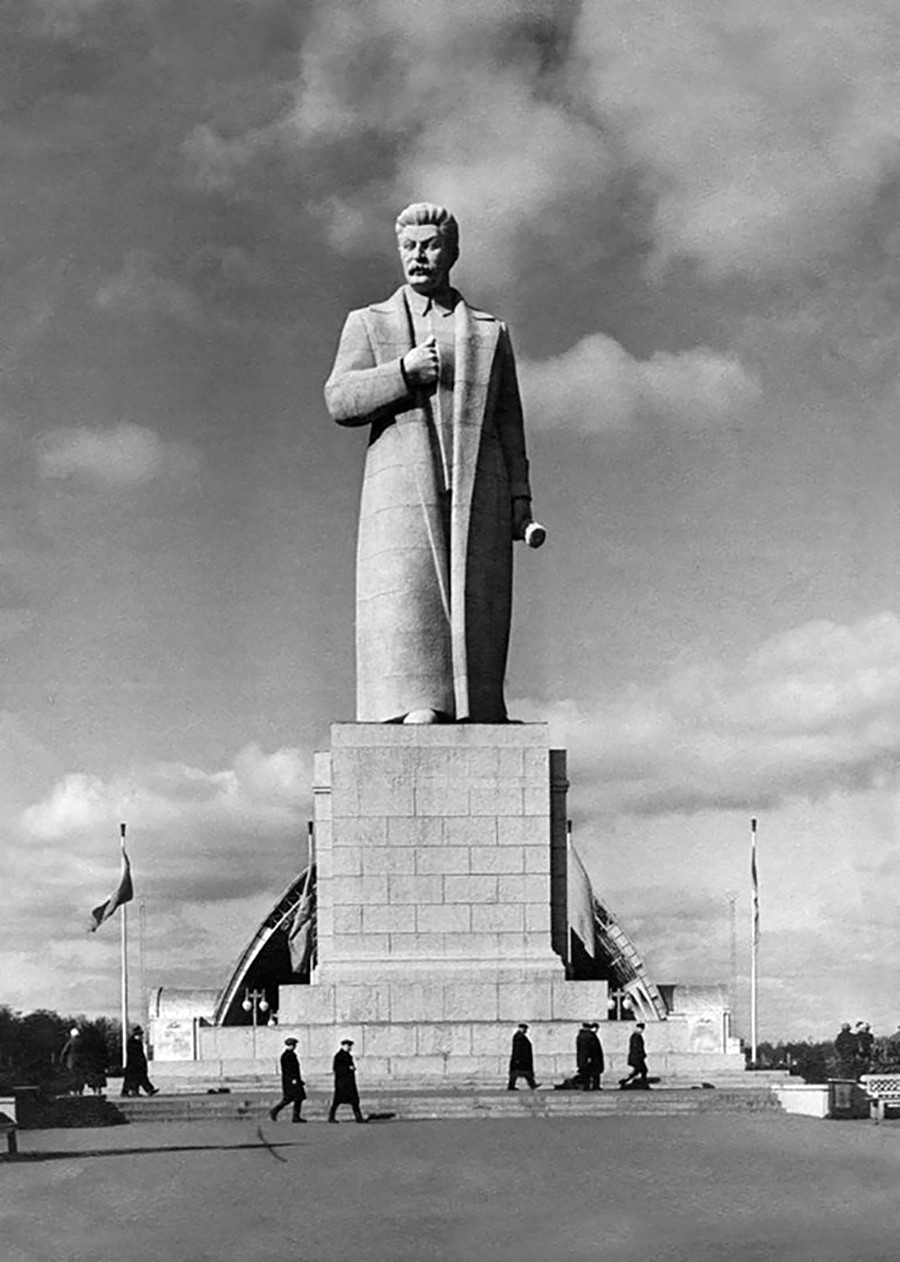 The monument to Stalin at the VDNKh trade show park in Moscow was often depicted in Soviet films. After de-Stalinization, it was cut from some of them. 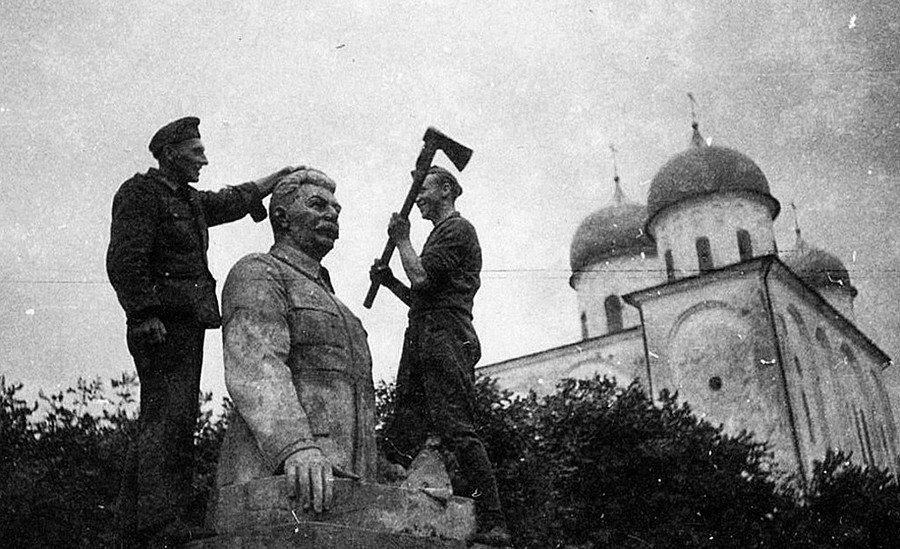 During the Great Patriotic War (1941-1945) almost all the Stalin monuments in the Nazi-occupied territories were destroyed by the Germans. They were restored when the war was over. 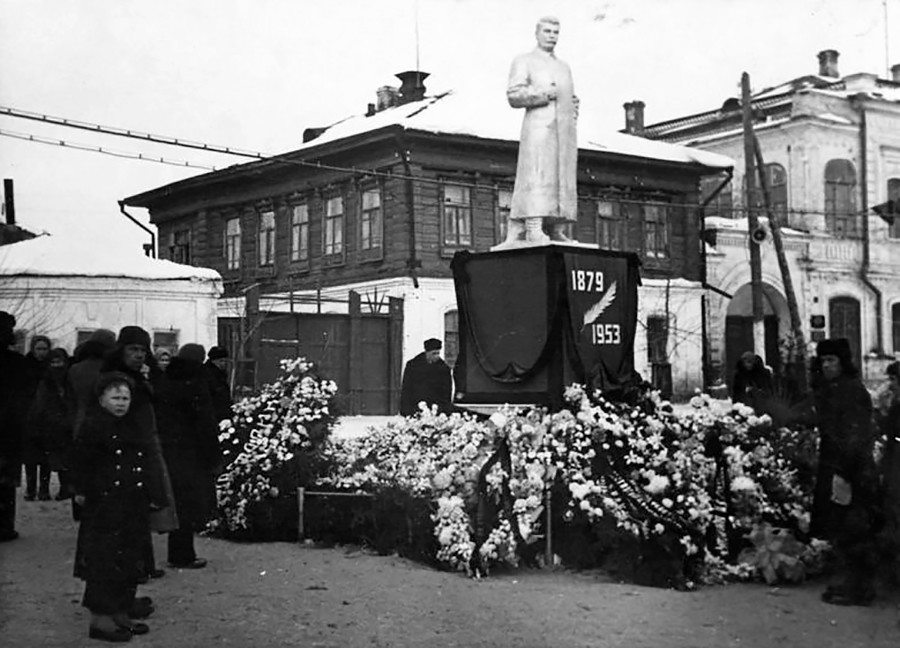 Stalin’s cult was at its peak immediately after WWII. Most of the monuments to the “Father of Nations” were erected at this time. 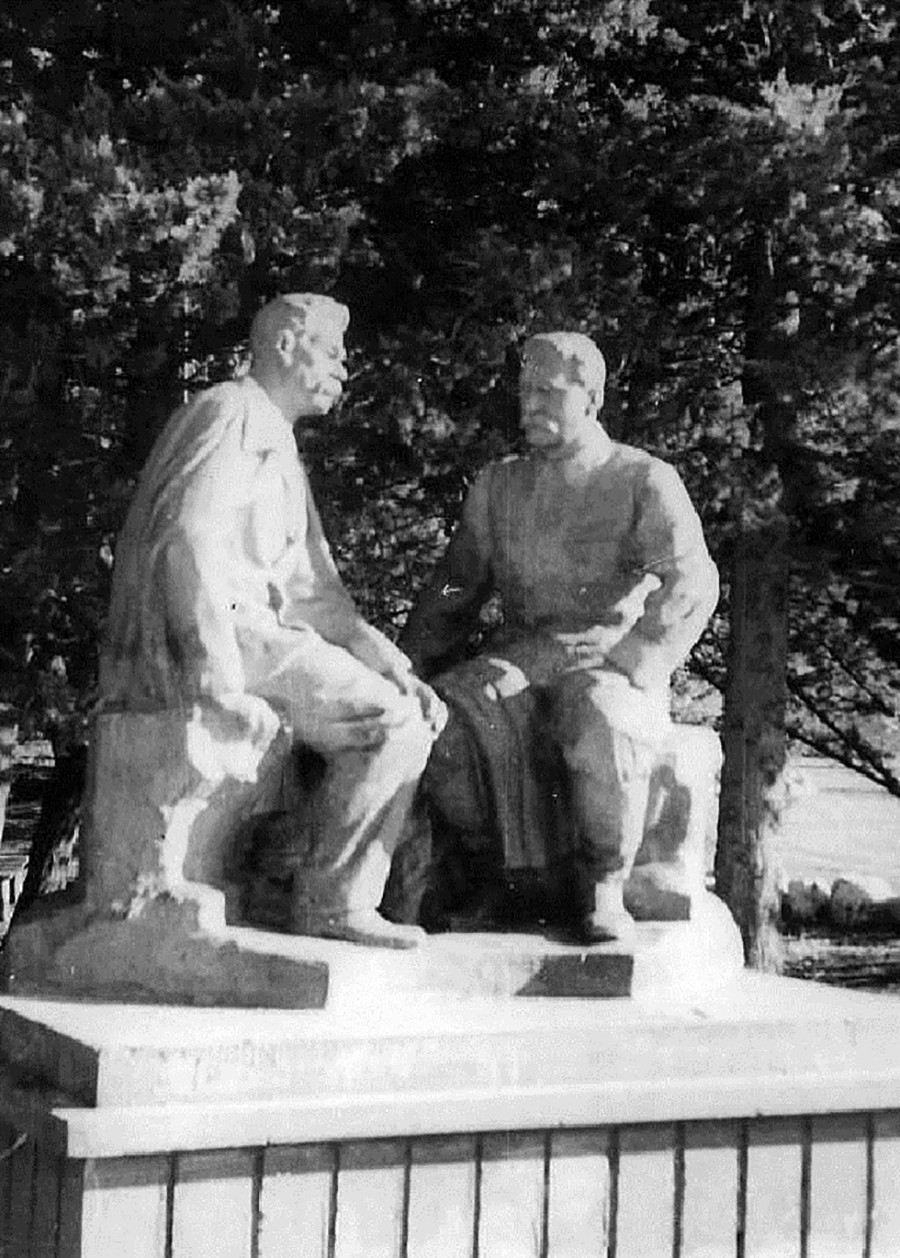 Besides Lenin, Stalin was often depicted with the Soviet writer Maxim Gorky or Marshal Kliment Voroshilov. 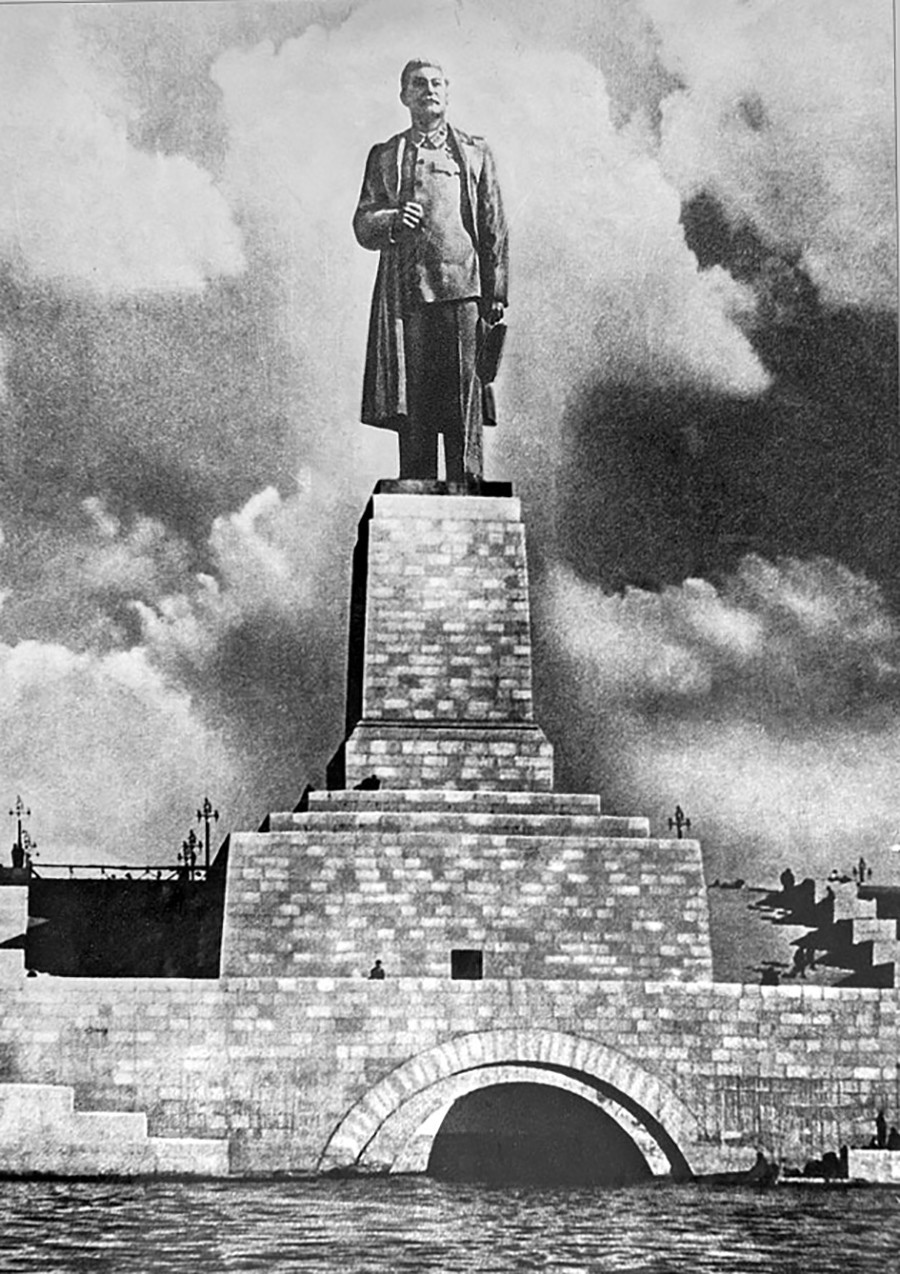 The largest monument to Stalin (24 meters high) was located in Stalingrad (Volgograd) at the entrance of the Volga-Don Canal. Dismantled in 1962, it was replaced by a 27-meter monument to Lenin, one of the world’s highest monuments today. 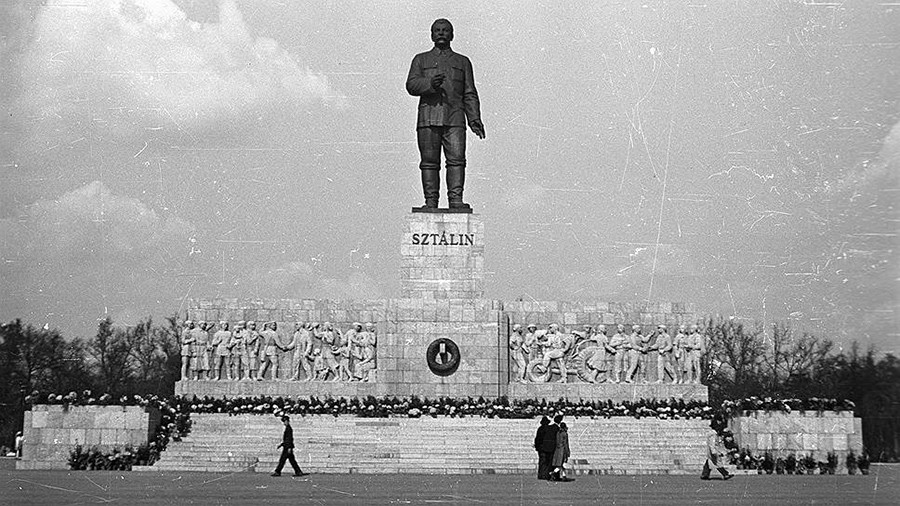 Outside the USSR, huge monuments (as well as small sculptures) to Stalin were erected in Germany, Hungary, Czechoslovakia, China and the USA. 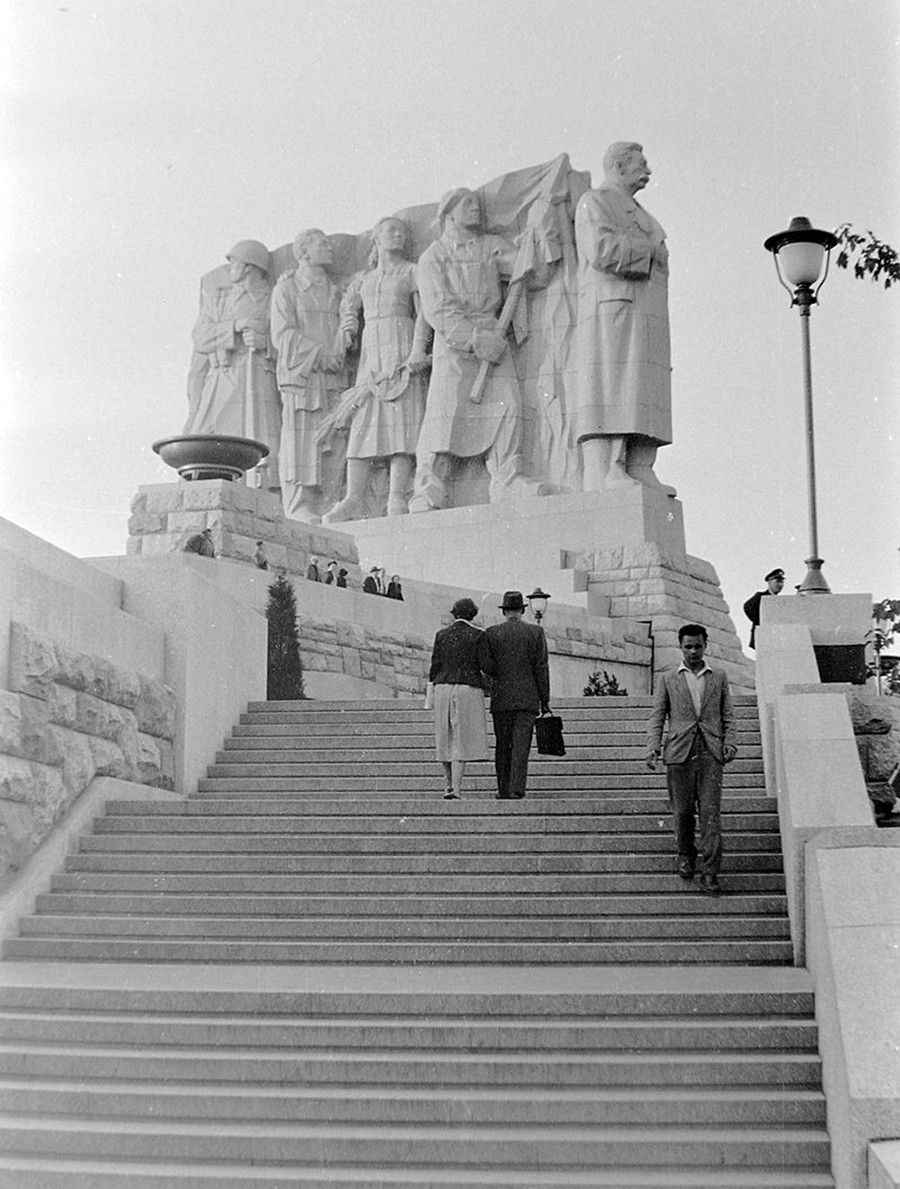 The largest monument to Stalin outside the Soviet Union was located in Prague. 15.5 meters high and 22 meters long, it was also the largest group statue in Europe. The monument existed for just seven years before being blown up in 1962. 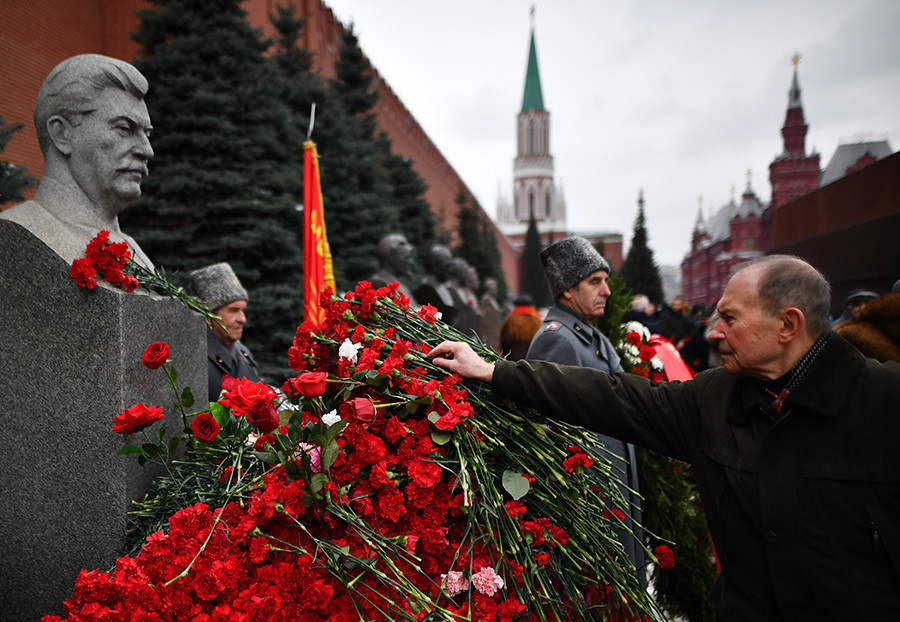 Nowadays, there are no huge monuments to Stalin left in Russia. Still, some of the old small statues and busts have been found and restored by local enthusiasts. They are mostly part of museum or private collections.

Here you can find 10 rare photos of Stalin that you’ve probably never seen before.