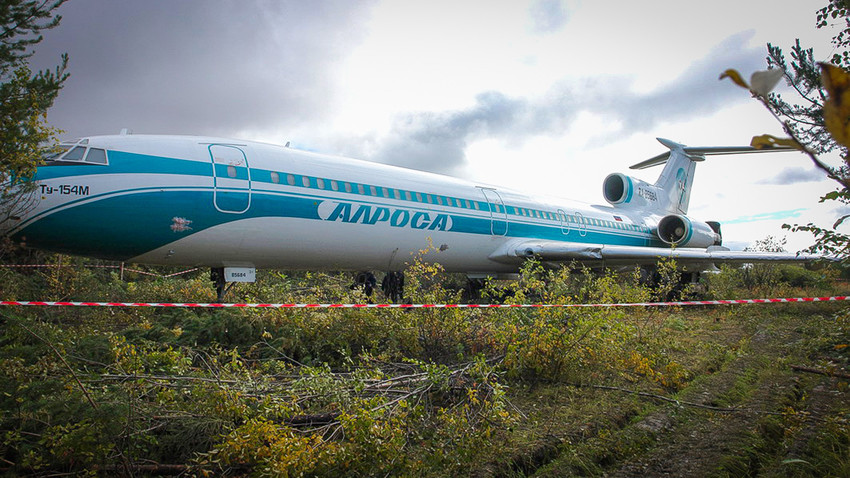 Mikhail Melnichuk/Sputnik
8 years ago the electronics of a TU-154 plane carrying 81 people suddenly packed in at an altitude of 10,600 meters. You won’t believe what happened next.

Sept. 7, 2010: It was an ordinary civilian flight on an Alrosa Airline’s TU-154. Almost all the passengers, 72 people, were flying from Yakutia to Moscow for their vacation. After the cabin crew dished out food and drinks many of the dozed off. Three and half hours later all the lights in the cabin suddenly went out.

“I wasn’t sleeping and I noticed that the plane was going down, although it was still too early to be decreasing altitude for Moscow. I looked out the window and saw a forest. But we couldn’t have returned?” remembers Andrei Kondratiev, one of the passengers. “That meant something was going on. That is when the flight attendant came. He said that there would be an emergency landing and that everyone needed to get into the brace position. My three-year-old child was sleeping on my knees. My wife was next to me. We braced.”

According to captain Evgeny Novoselov, the first thing that stopped functioning was the autopilot. Almost immediately all the devices shut down. “I had always thought that there should be a reserve artificial horizon, but all three had stopped working. It was necessary to land. But we had even lost communication. We didn’t know where the nearest airport was,” says Novoselov. 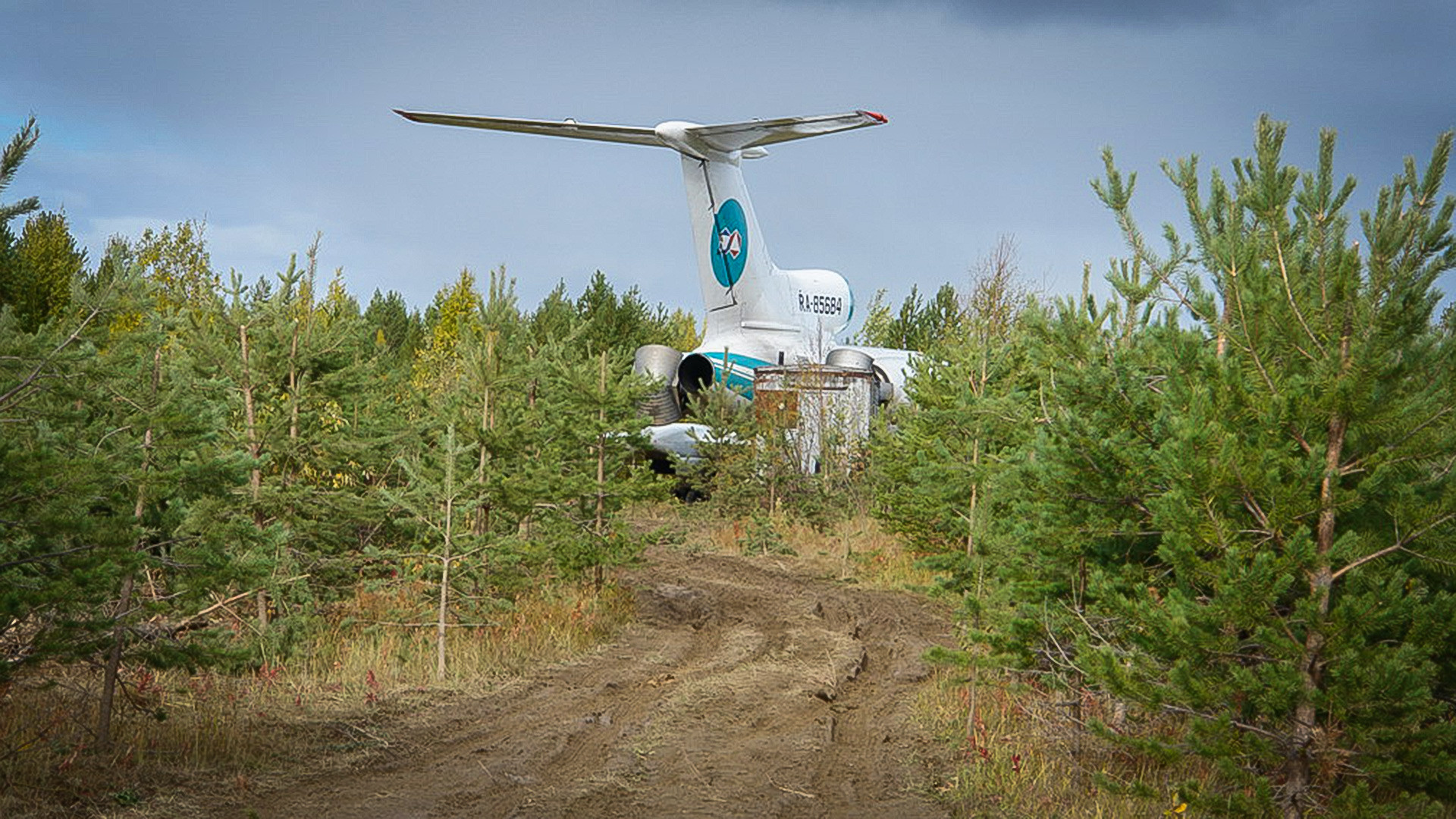 "You can do what you want, but in 30 minutes the engines will turn off".

It was cloudy that morning and the pilots could not see the ground. “There’s no electricity, the pumps are not working. You can do what you want, but in 30 minutes the engines will turn off. The only thing left to do is dive into the clouds and land blindly,” he remembers.

They were lucky. There was an opening of light in the clouds and the pilots saw a river and a forest. It’s possible to land such a plane on water but the chances of surviving are not great. Then they saw a runway.

“I thought I was hallucinating,” Novoselov admits 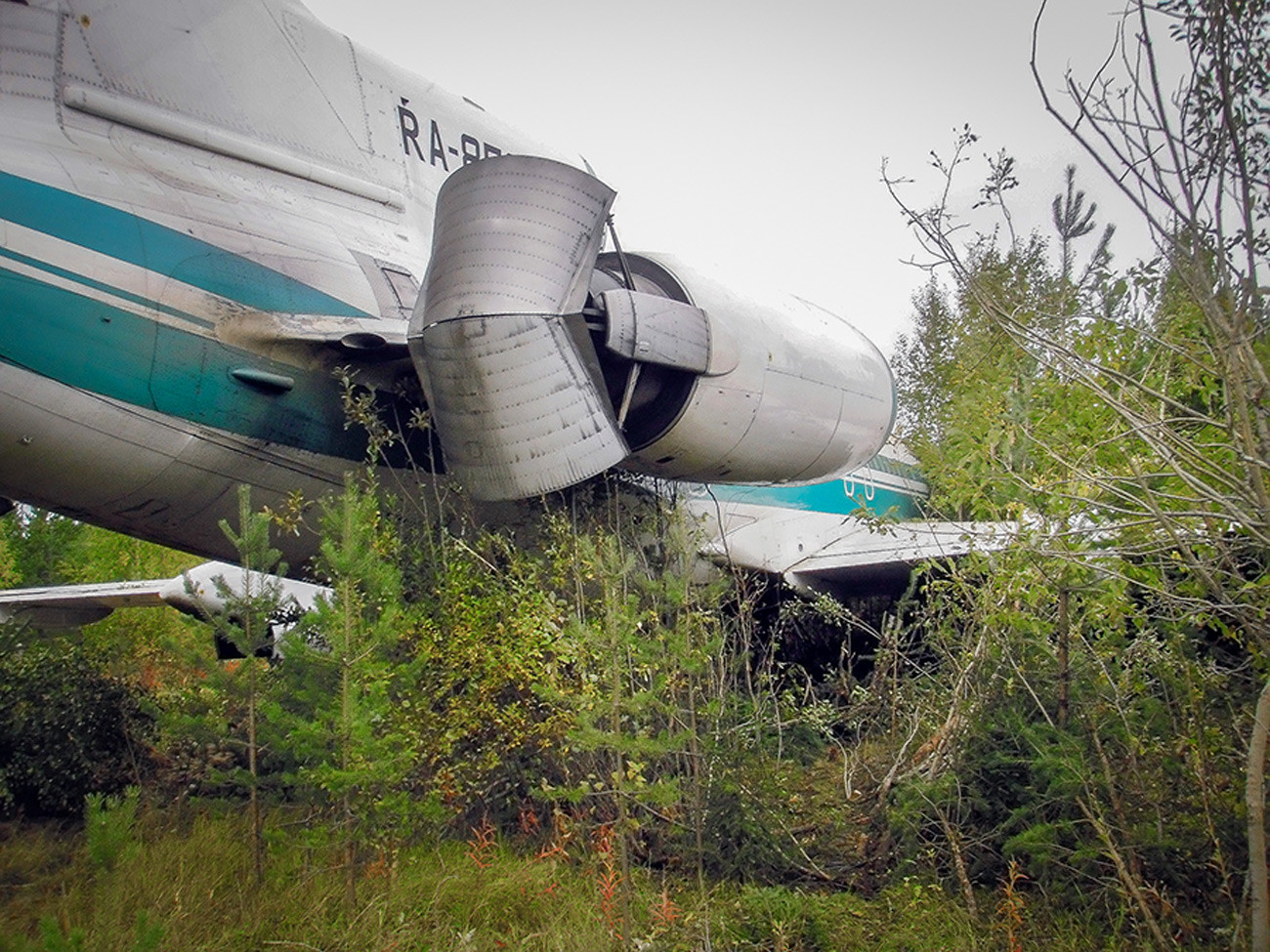 Plane slid off the runaway and for 164 meters ploughed the ground.

made three attempts to land. For the TU-154 the runway was too short and the plane was traveling too fast due to the broken down flaps and slats. The plane slid off the runaway and for 164 meters the ground. “I saw how the wing was cutting down the trees, how wood chips were flying everywhere. There was panic in the cabin. The taiga was wet, there was steam and everyone thought the plane was on fire,” explains Kondratiev. “Everyone was crying. The first thing we all thought of back then was why was this happening to us?”

A single person in the forest

No one out of the 81 people aboard was injured. Soon firemen and doctors appeared on the scene. People slid down the inflatable chutes and could not believe they were alive

“rescue” runway belonged to an airport in the Izhma settlement. The airport had originally served the local airlines but in the 1990s it was used as a helicopter platform. Out of all the 126 people who worked there only one employee remained – Sergei Sotnikov. Every day for 12 years he would walk five kilometers to the airport and perform maintenance work on the abandoned runway. No one had told him to do it and when asked why he did, he responded:

“Me? I just didn’t allow anyone to ride on the runway. Most people rode horses here. Manure falls, dries up, the helicopter creates wind, everything flies into your eyes. This isn’t good… Or a log falls down, it lies around. People throw bottles… I cleaned it for myself. So that it would be nice.” 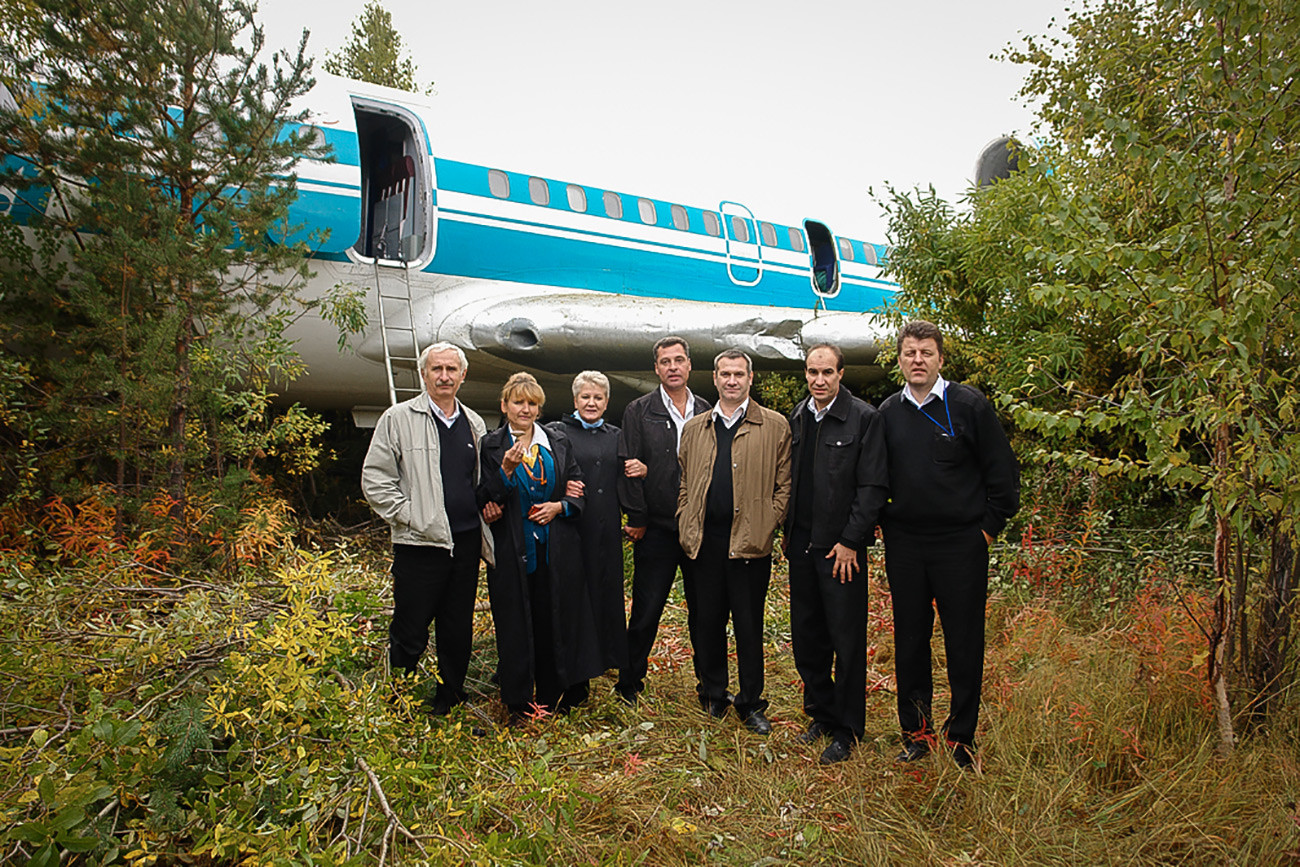 A crew of the system failure Tupolev-154 passenger liner.

For this he would cut down the trees growing next to the runway and would not allow anyone to leave cars, wood, and other objects on it. If had not done it, in 2010 the plane would not have been able to land here.

A commission determined that the cause of the accident was the thermal speedup of the engine, a phenomenon that leads to a short circuit and the shutdown of all onboard electronics.

After the the airline planned to write off the plane. It was seriously damaged and a tractor had to be used to drag it back to the runway. But the plane managed to take off from Izhma by itself.

Then it was repaired and in 2011 the airline from Yakutia returned the plane to the fleet, so the Soviet TU-154 that flew in the 1970s is still making flights between Yakutia and Moscow.