Russia's best jokes about the Romanovs 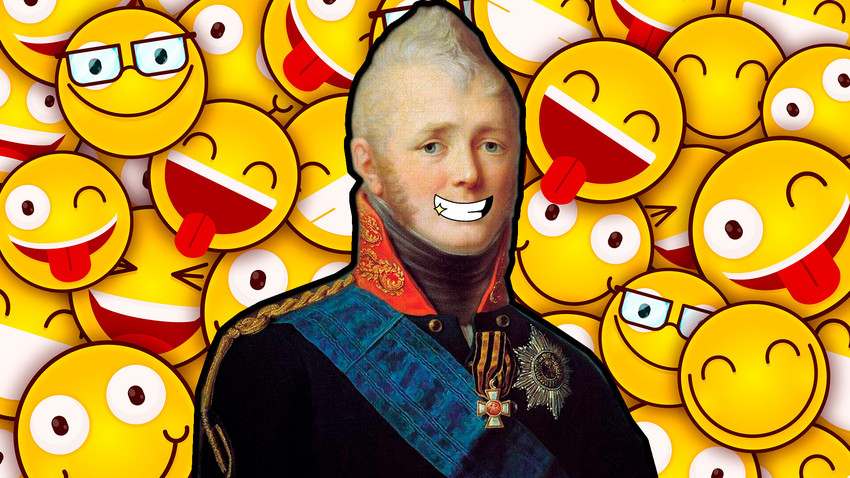 If you are an Emperor it doesn't mean that you can't have fun. In a specific way.

State Russian Museum; Freepik
The Romanov dynasty ruled Russia for 300 years; people used to fear and adore their emperors – but that didn't stop them telling stories (respectful or rude) about them.

When it comes to historical anecdotes, it’s always hard to distinguish between truth and fiction. The genre is too specific, mixing fact with conjecture, what actually happened with what could have happened. Nevertheless, these jokes and short stories always reflect the public image of historical figures and give a good impression of what the people thought of their rulers.

So welcome to the world of the Romanovs – glorious or pitiful, cunning or straightforward – as seen by their Russian contemporaries. 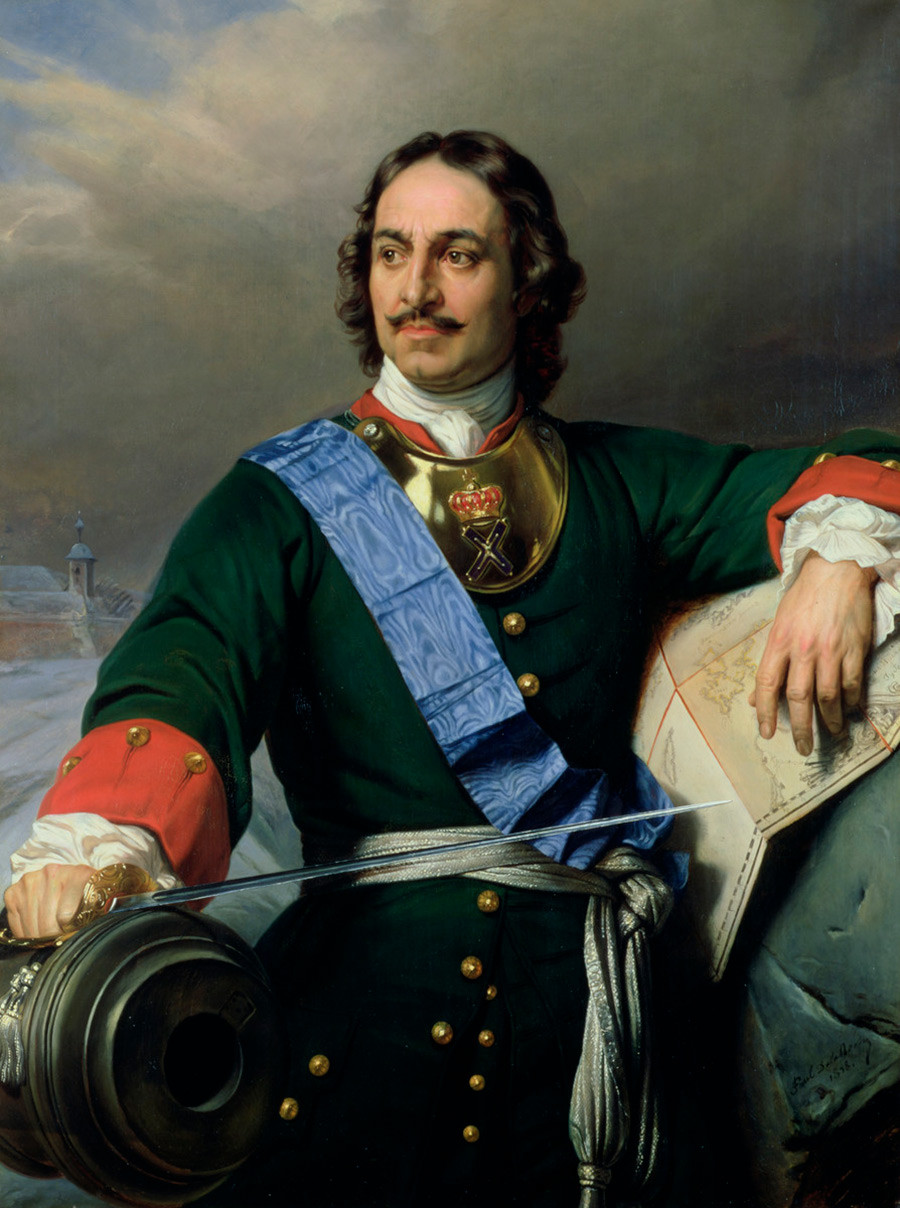 Peter the Great, who built St. Petersburg, defeated Sweden and turned Russia into a powerful European empire, was believed to be tough, ruthless and clever. Stories say that he, a man of many talents, used to walk around the city dressed in ordinary clothes to better know how his subjects lived. One anecdote goes as follows:

Once, Peter the Great was traveling the city incognito, went into a (a Russian bar) and was drinking beer with a soldier, who had pawned his sword. He told Peter, whom he considered an ordinary drinking pal: “So what, I’m gonna put a wooden stick into the sheath, no one will notice… and then I’ll redeem it”
Next day, there is a military parade, Peter (as an emperor), notices the soldier, stops by him and orders: “Strike me with your sword!” The soldier, pale with fear, is shaking. The emperor repeats: “Strike! Or I’ll hang you!” So the soldier grabs the wooden sword hilt, screams: “God in Heaven, make a miracle, turn the weapon into a stick!” and strikes out – of the stick breaks, leaving the emperor unhurt. Everyone is shocked, the priest is praying: God saved the emperor!
Peter chuckles, whispers to the soldier: “You’re a smart bastard, aren’t you?” and sends him to navigational school – after five days in jail “for the dirty sheath”. 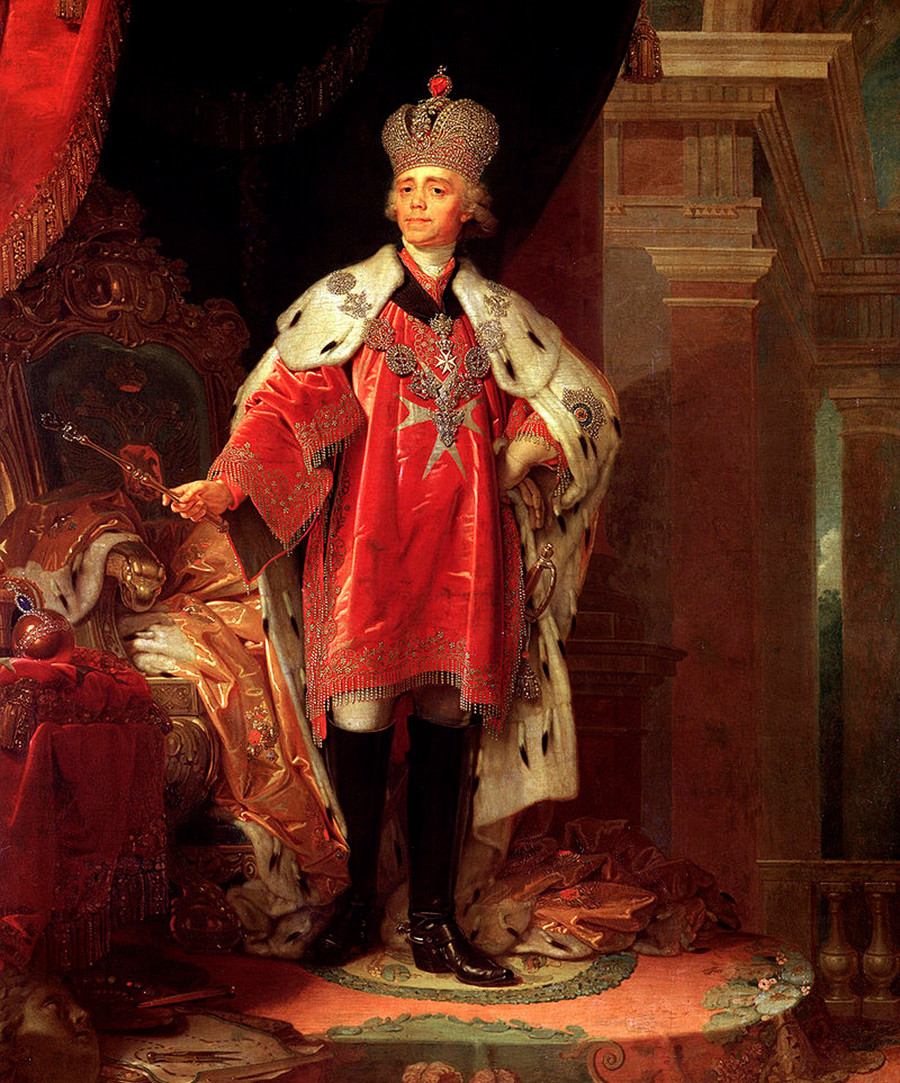 This emperor was believed to be a fan of German-style discipline, very strict. A cruel anecdote proves it:

A cavalry squadron stops at a Russian village. It turns out that there is no hay to feed horses in the village – except at one merchant’s house but he is only ready to sell it at a very high price. The squadron captain, ordered to expropriate hay, grumbles “That merchant deserves the rope!” Soldiers take his order too literally and hang the merchant. The captain reports the sad accident. Soon, Paul I publishes a decree: first, for a stupid order, he reduces the captain to a lowly rank. But a second decree raises him to the rank of major, as “he established so excellent discipline that even the most stupid of his orders are fulfilled immediately” 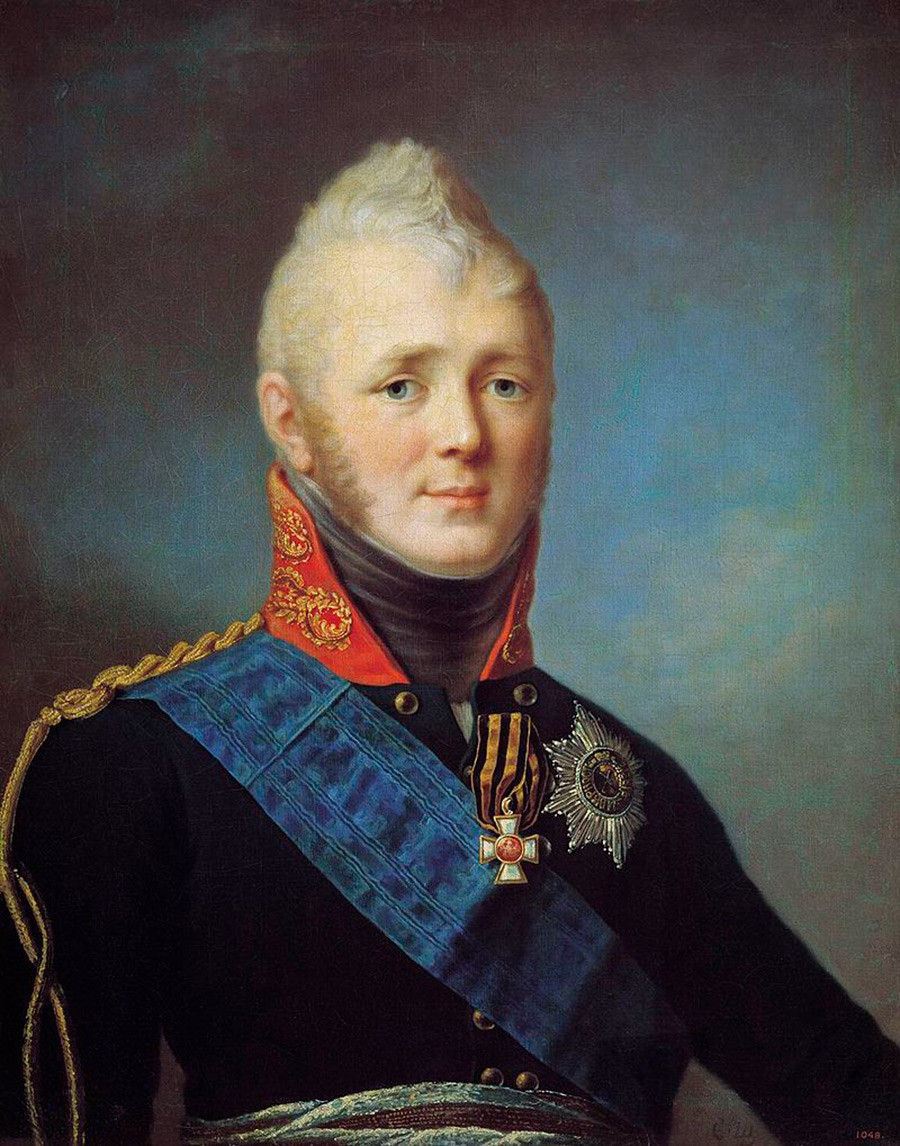 Paul’s son, Alexander became a real European star after defeating Napoleon in 1812. There’s a story connected with that:

Right before declaring war in 1812, Napoleon sent his ambassador to Russia, Count de Caulaincourt, a letter stating: “France is peaceful as never before, it won’t increase the number of its troops”. Caulaincourt went to Alexander in order to convince him of that.
By that time, the emperor already knew that Napoleon was preparing for war. So he answered the diplomat: “Monsieur Ambassador, it contradicts every piece of information I have but if you say you believe it, I’ll change my mind, as I believe you.”
Embarrassed, Caulaincourt had nothing to say – he just stood up, bowed and left the room. 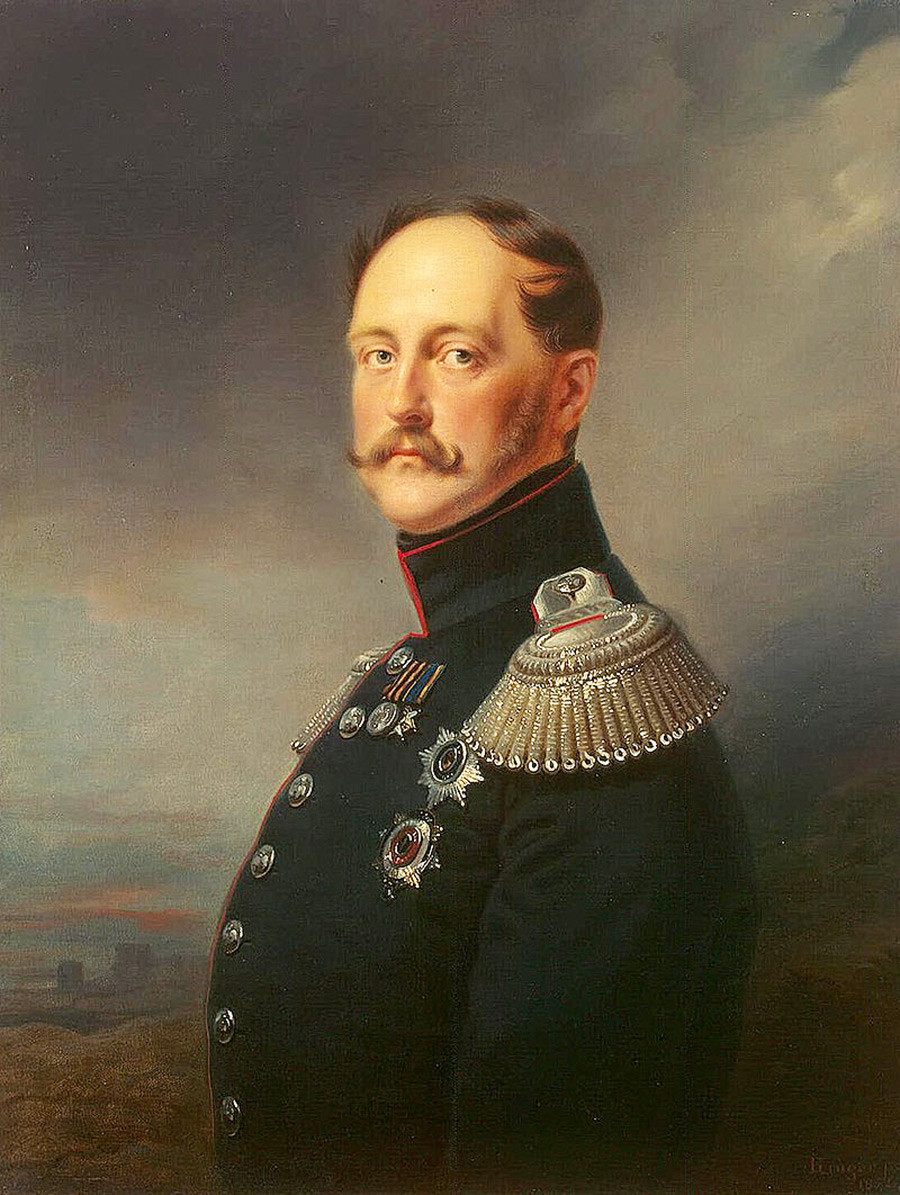 Nicholas was a severe man, ruling his empire with an iron fist. The poet Alexander Pushkin even said about him “He has a lot of a warrant and only a little of Peter the Great inside his soul”. Nevertheless, sometimes Nicholas could be really witty:

Once some pageboys were playing inside the throne room, thinking no one was there. All of a sudden, Nicholas appeared and grabbed one, who had just sat on his throne, by the ear. Horrified, the boy expected severe punishment but the emperor just smiled: “Hey, boy, believe me, sitting in this chair is much less fun than you think”.

A soldier got drunk and was swearing in a , right next to a portrait of Nicholas. When told: “Stop it, that's the emperor’s face there!” he just shouted: “To hell with the emperor! I spit on him!” After that, he fell asleep and was detained. When Nicholas I heard the story, he said: “Tell the soldier: I spit on him too. And let him go. And stop hanging my portraits in .”
(There is a version of this anecdote that attributes the joke to Alexander III).

Enraged with the corruption spreading around Russia, Nicholas I once told his heir: “Sometimes I think there are only two people in the empire who don’t steal. You and me!” 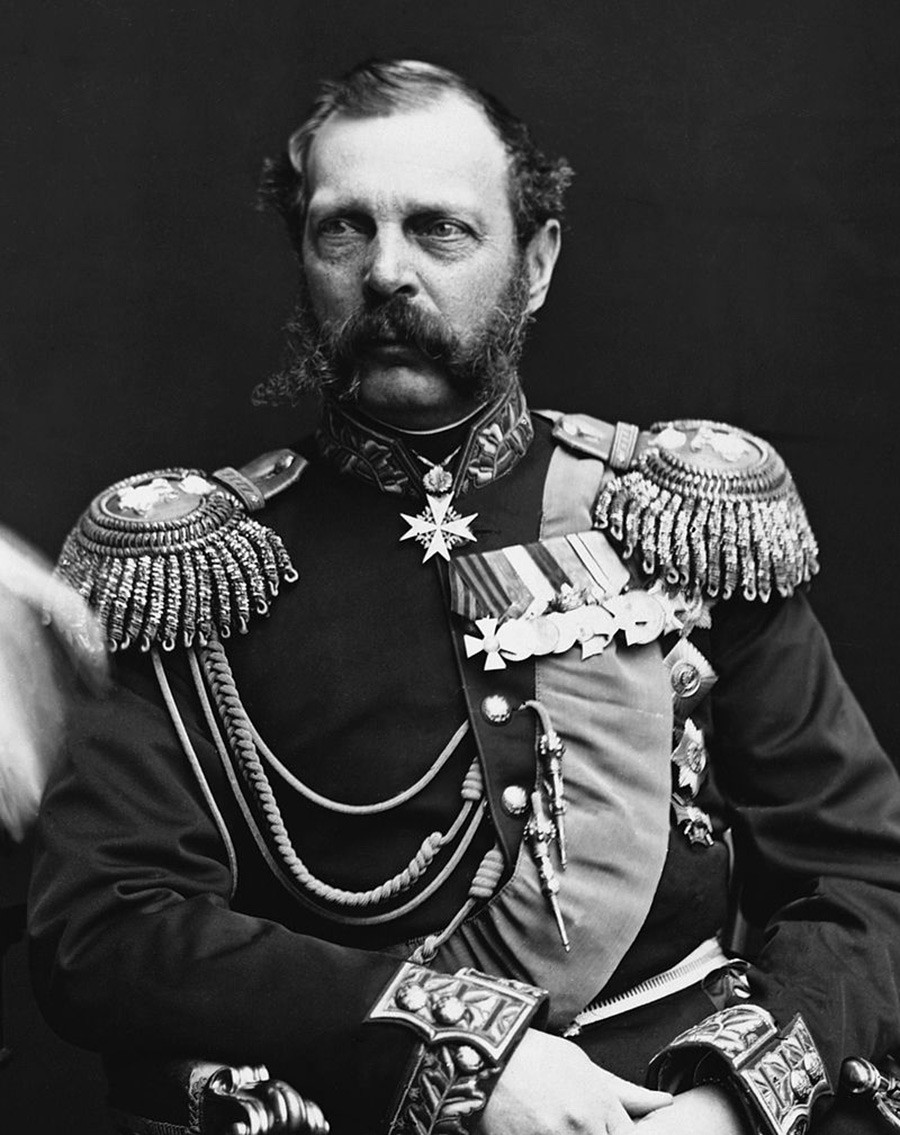 This emperor, renowned for abolishing serfdom, is reported to have said: “It is not difficult to rule Russia, but it is absolutely useless.” His humor was quite pessimistic, generally.

During a visit to a small Russian town, Alexander II decided to go to a church where an important service was being held. The building was crowded and the local police chief rushed ahead of the emperor, pushing through the crowd to clear the way for His Majesty. “With respect! With reverence!” – the policeman shouted, punching everyone with his fists. The emperor, hearing the police chief’s words, laughed and said that now he had some understanding of how reverence and respect are taught in Russia. 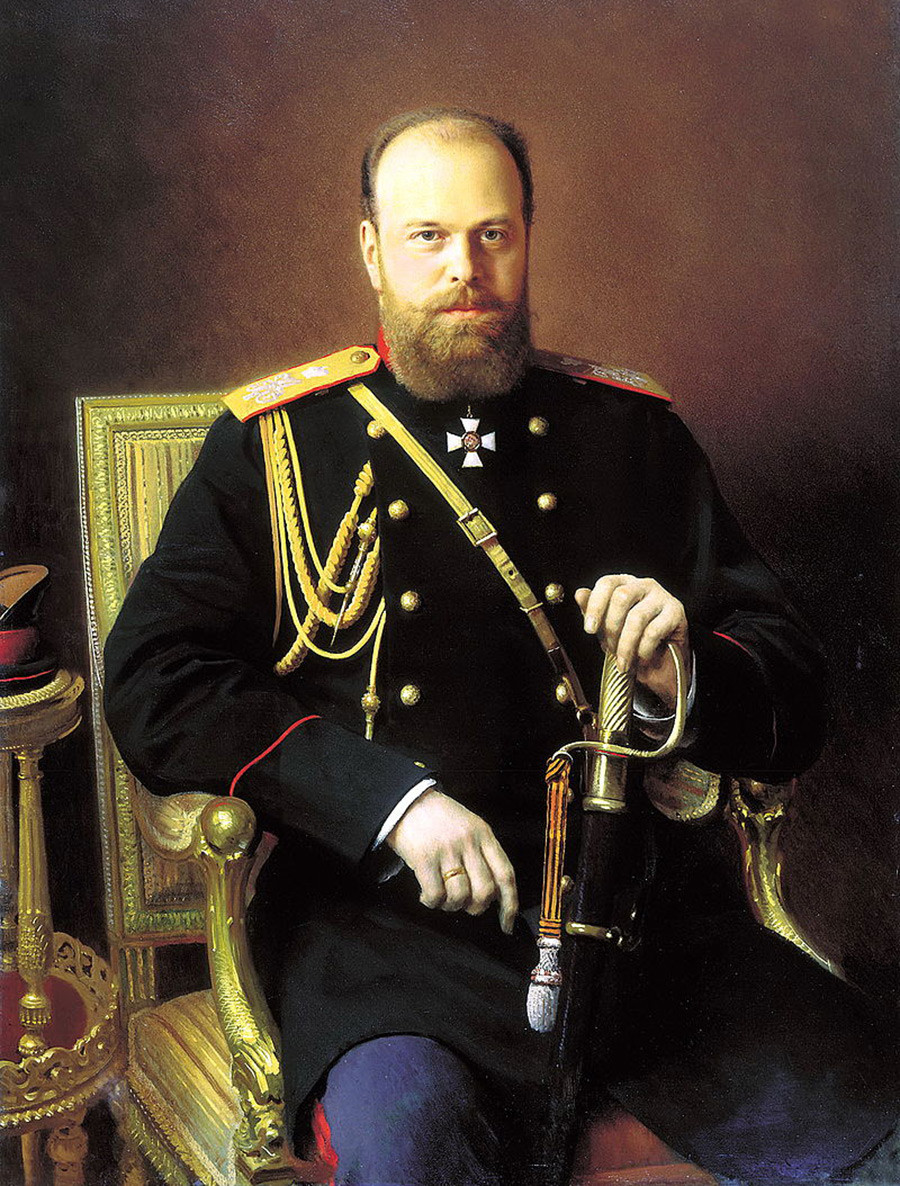 Alexander III was often referred to as a real Russian man – an athletic giant with a huge beard. Nevertheless, as many of the late Romanovs, he had little ethnic Russian blood running through his veins (it's a fact – we have a special piece on it):

Once Alexander III privately asked a historian about his origins:
- Who was the father of Paul I? [Paul’s mother Catherine the Great had had bad relations with her husband so it was widely rumored that Paul’s father might have been one of her favorites]
- I can’t hide it from you, Your Majesty… There are rumors that your great-great-grandfather was Count Saltykov.
- Thank God! I hope it’s true! In this case, I have a bit of Russian blood in me!

The end of Romanovs wasn't funny, as you may remember. Read our article on the last day of Nicholas II and his family.