How did Russia’s ‘fleet of lunatics’ almost start a war with Great Britain? 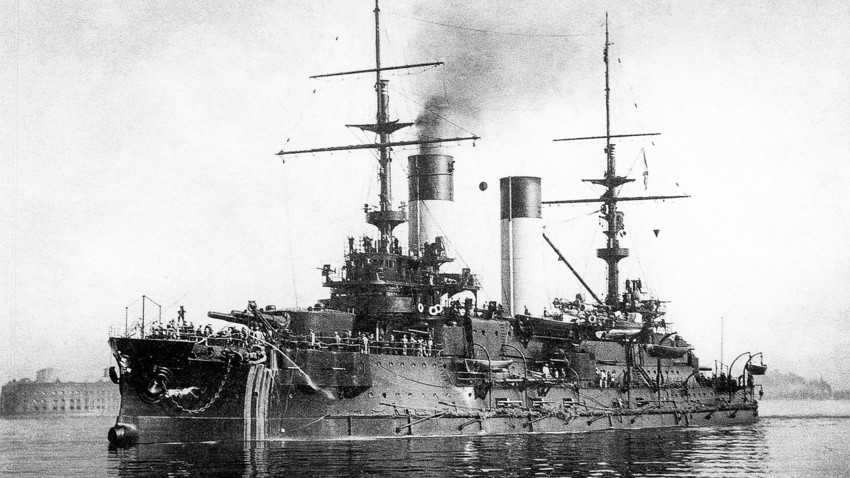 Russian and Soviet Navy Photo archive
A major blunder by Russian sailors put their country on the brink of war with the British Empire in 1904. This in turn could have led to the two countries never becoming allies, and the outcome of World War I might have been very different.

One Russian fleet during the Russo-Japanese War can certainly be named “fleet of the doomed” because its fate was to be almost obliterated at the Battle of Tsushima. Moreover, on their way to this unfortunate clash, the squadron almost started a war with Great Britain.

On Oct. 2, 1904, the Second Pacific Squadron left Russia’s Baltic ports and headed to the Far East. Over 30 warships were sent to fight for the honor and interests of the Russian Empire.

Before they reached their destination, however, Russian sailors caused the so-called Dogger Bank incident, which almost resulted in Great Britain declaring war on Russia.

The Russian fleet had to go a long way around Europe to reach Asia. Before the departure, commanding officers were warned that Japanese submarines and warships, also disguised as merchant ships, might attack at any moment during the voyage. 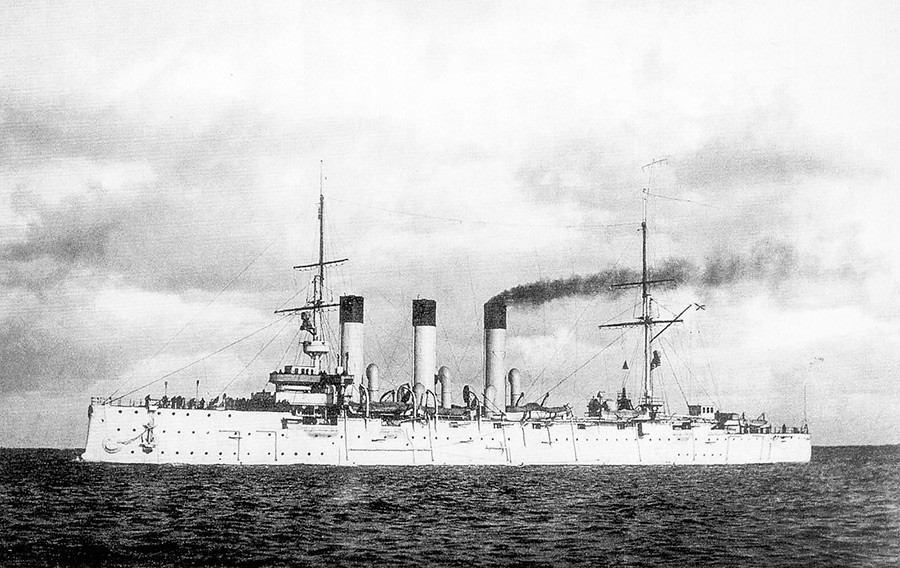 From the very beginning, the crews were in a state of combat readiness, and in each passing the Russian sailors saw a potential enemy. “All the time, officers were searching for barely visible lights on the and any sign of suspicious ships,” recalled Vladimir Kostenko, an officer on Oryol, a battleship.

This nerve-wracking wait for an attack infected not only the but also the entire crew. “Sailors used any excuse to talk to officers about the topic, which gripped the entire ship,” Kostenko wrote.

When the fleet passed Denmark one ship reported that two Japanese balloons were spotted. While this information wasn’t confirmed, the level of anxiety had significantly increased.

The tension that consumed the crews finally found an unexpected release, the consequences of which terrified the sailors themselves. 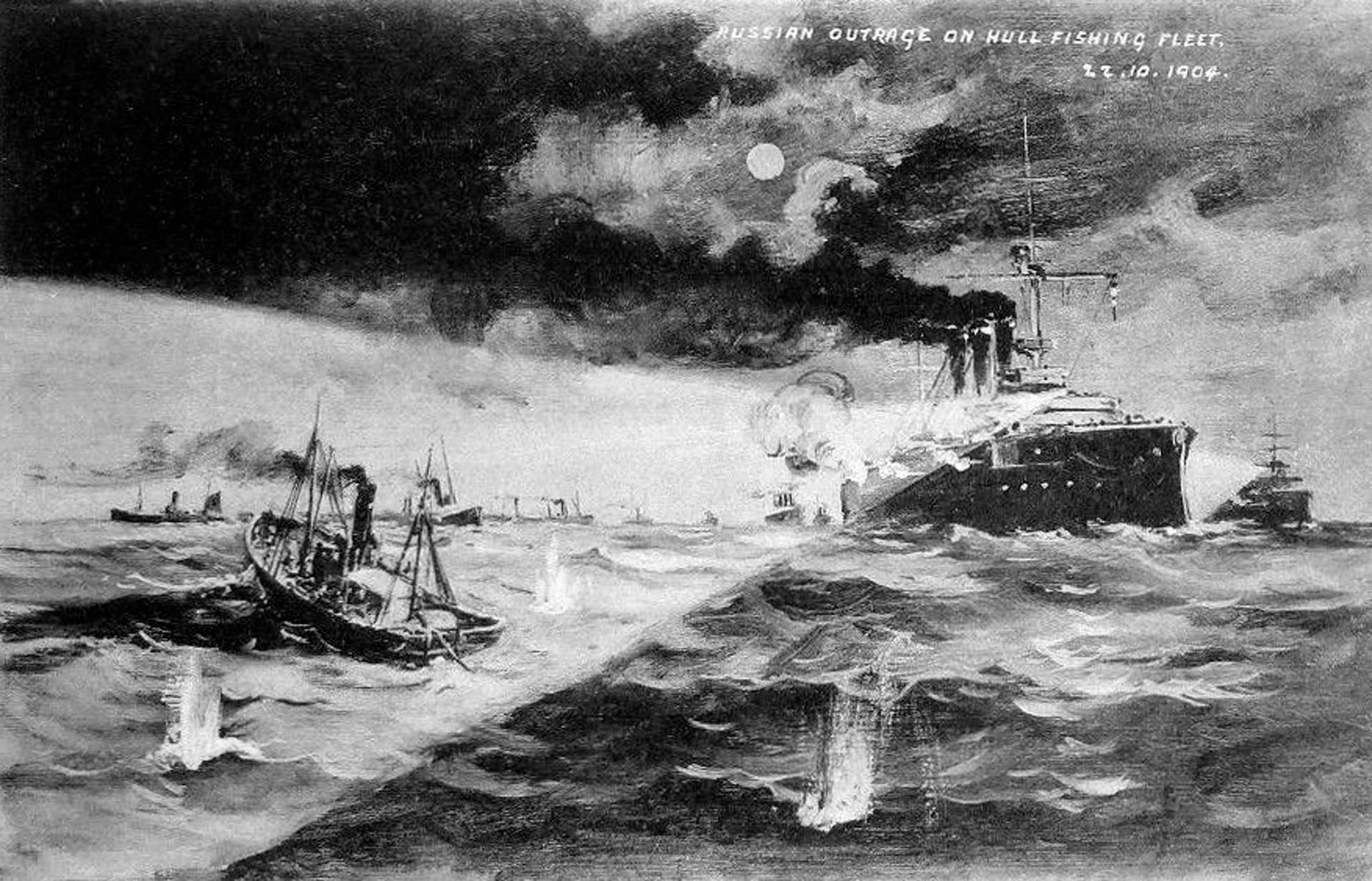 During the foggy night of Oct. 21, the squadron entered the Dogger Bank area off the English coast where there was a group of unknown vessels, which the Russians mistook for Japanese torpedo boats. The Imperial ships opened frantic fire.

Chaos engulfed the warships. In the complete darkness spotlights randomly darted in all directions. Beside firing large cannons, machine gun fire was also unleashed, as if the enemy was trying to board the Russian vessels, which was not true at all.

“We were baptized by fire for the first time, but we didn’t know who we were fighting against,” Kostenko wrote 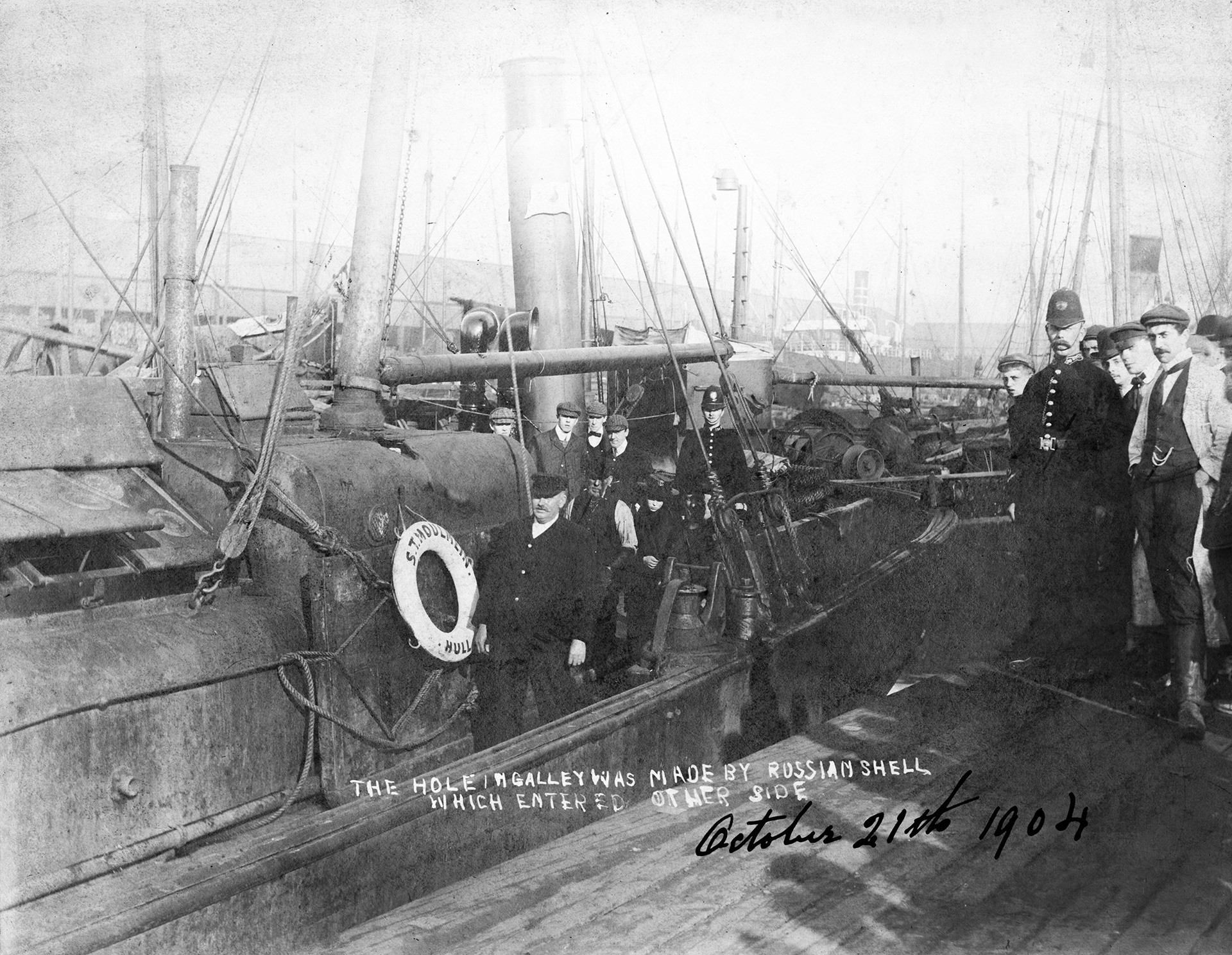 The hole made in the Hull steam trawler St Moulmein by a Russian shell.

Russians soon realized their mistake. The ‘Japanese torpedo boats’ were British fishing trawlers. As a result of the ‘battle,’ one trawler sank and five were damaged, with two fishermen dead and six wounded.

Russian forces also suffered losses. The future symbol of the Russian Revolution, the Aurora, was hit by friendly fire, lethally wounding a priest on board.

British society was outraged by the incident, and the local press ridiculed the Russians as “pirates” and “a fleet of lunatics,” demanding the heads of those officers who were responsible. 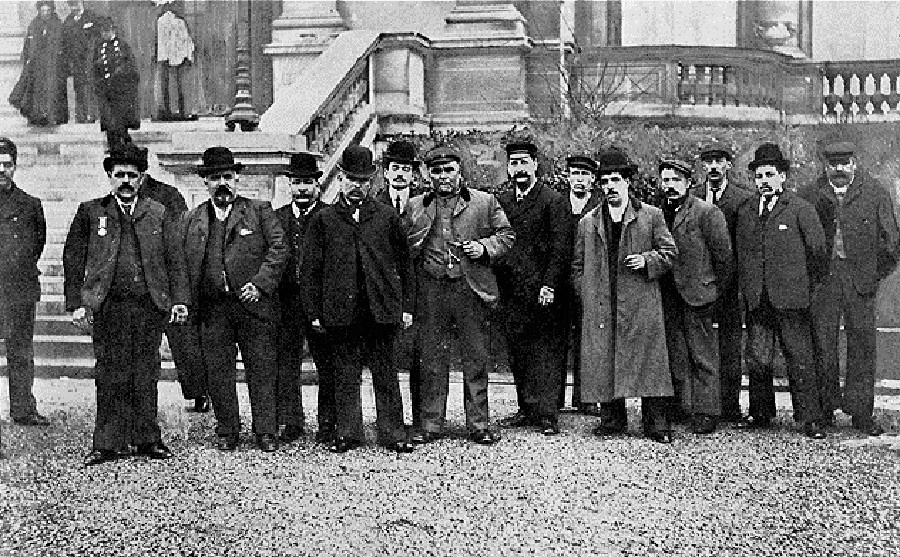 British fishermen in Paris to testify before the Commission.

"It is almost inconceivable that any men calling themselves seamen, frightened they might be, could spend twenty minutes bombarding a fleet of fishing boats without discovering the nature of their target," the Times wrote.

Nearly 30 ships of the Home Fleet were ordered to prepare for war, while another naval unit led by the cruiser, HMS Lancaster, went after the Russian ships in the Spanish port of Vigo, and then closely followed them until the Canary Islands.

“We were forced to silently tolerate this insulting ‘convoy,’ and the sailors were lashing while watching this defiant English behavior,” Kostenko wrote.

Relations between the two countries reached their lowest point in the previous 20 years.

To avoid war, Russia and Great Britain came to the negotiating table, and an independent international commission was established to investigate the incident. 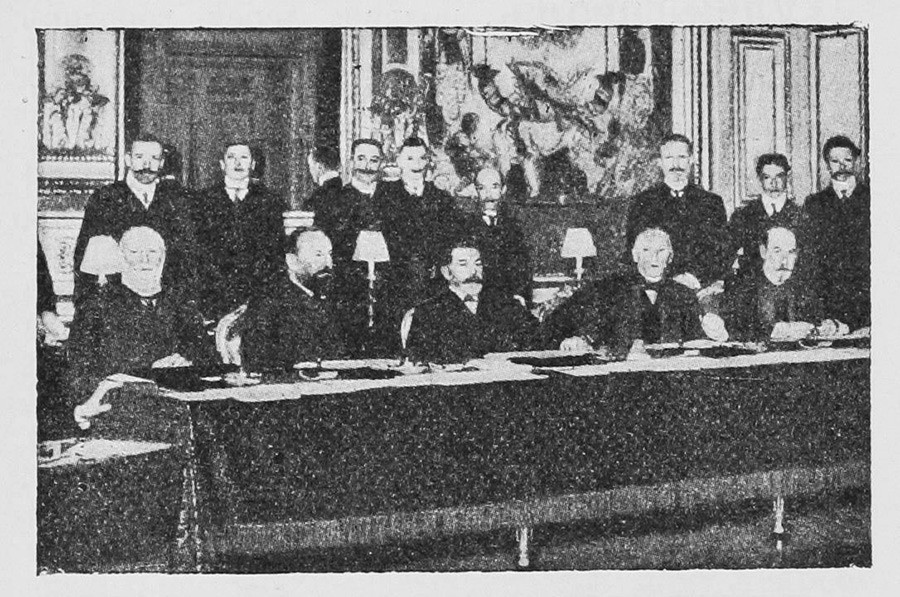 The results of almost two work, however, were so vague that they satisfied neither the nor the Russians. It was proclaimed that Russia was responsible for the death of the sailors. On the other hand, the Russian sailors’ actions were justified by the situation, when attack was expected.

Finally, the conflict was settled when Russia agreed to pay the British fishermen a compensation of £66,000.

The countries managed to avoid war, but even more important, two years later they signed the Anglo-Russian Convention and became close allies, enjoying a strategic partnership for over a decade until the monarchy fell in Russia in 1917.