History
Russia Beyond
The propaganda of the Russian Civil War didn’t hold any punches, it was cruel and ruthless - like the conflict itself. The Red Army’s message was clear: the Whites were scum.

1. “While retreating from the Red Army, White Guardsmen are burning the bread” 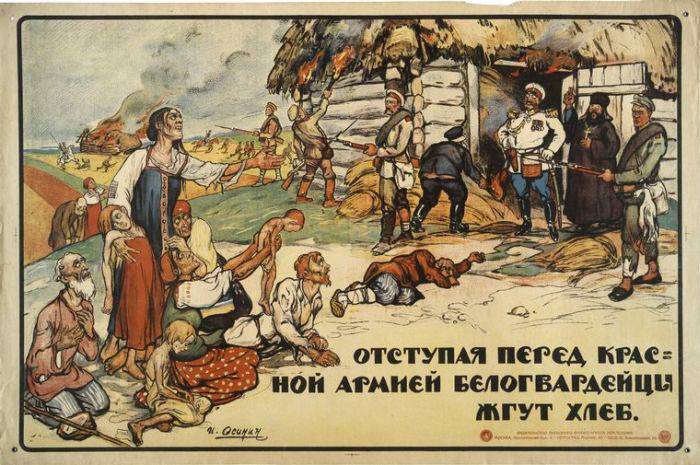 2. “This is how Bolsheviks behave in Cossack villages” 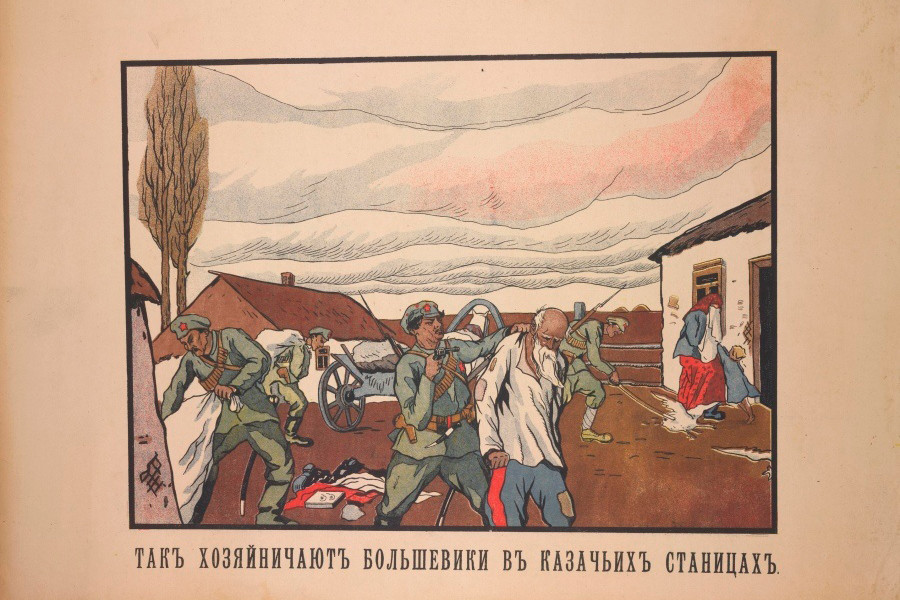 3. “Wrangel is coming! Pick up your arms, proletarians!” After the catastrophic advance of the White troops on Moscow, Baron Pyotr Wrangel commanded what was left of the White armies in Crimea. In 1920, the last Wrangel’s troops were evacuated from the peninsula, putting the final nail in the coffin of the White Movement in Southern Russia. 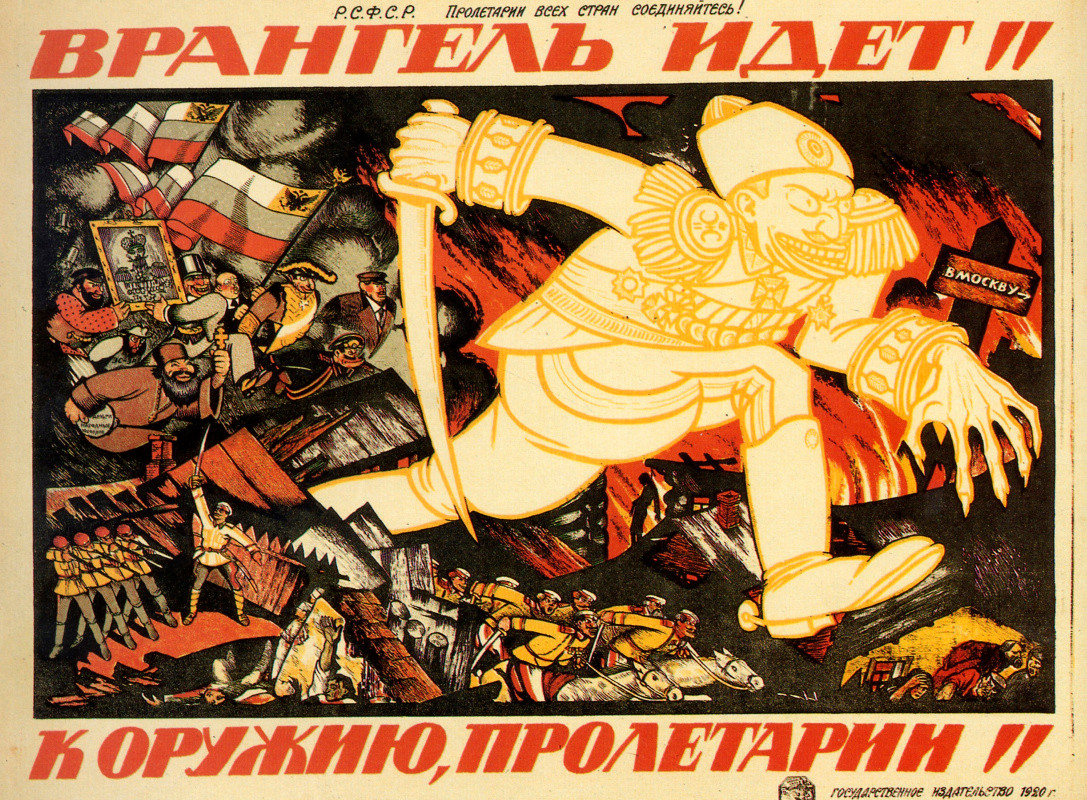 4. “Peace and freedom in Soviet Russia” 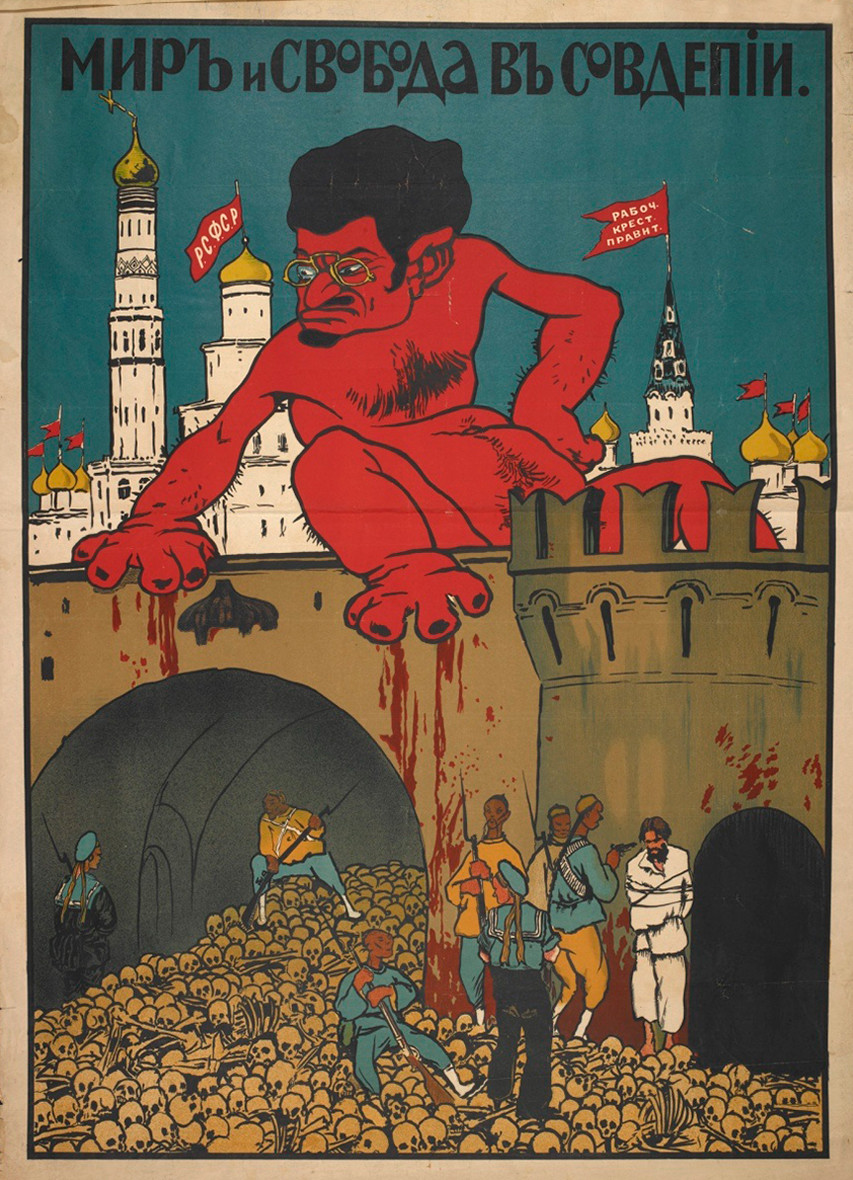 5. “The Entente is preparing a new campaign. Keep your eyes open!” Over a dozen countries, first of all the Great Britain and its allies, launched an intervention in Russia during the Civil War. 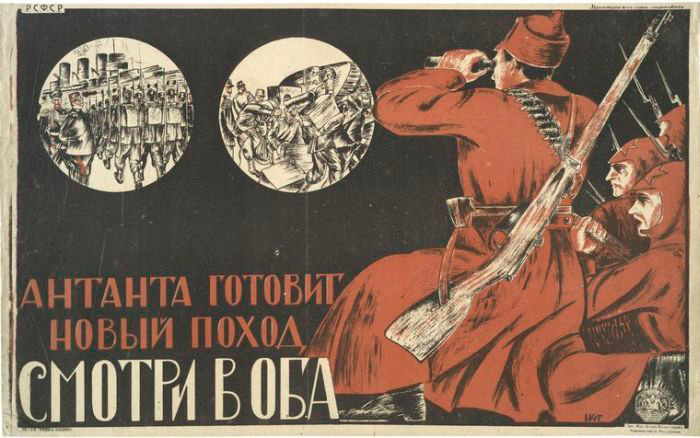 6. “This how the working class problem is being solved in Soviet Russia” 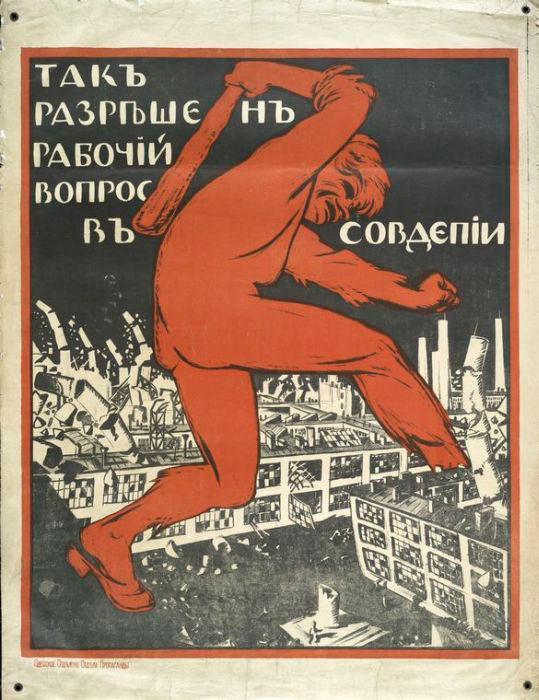 7. “Enemy at the gate! Everybody to defend Petrograd!” In October 1919, the Northwestern Army of General Nikolay Yudenich, supported by the Estonian and British troops, launched an offensive against Petrograd (St. Petersburg). The offensive troops, however, suffered an enormous defeat. 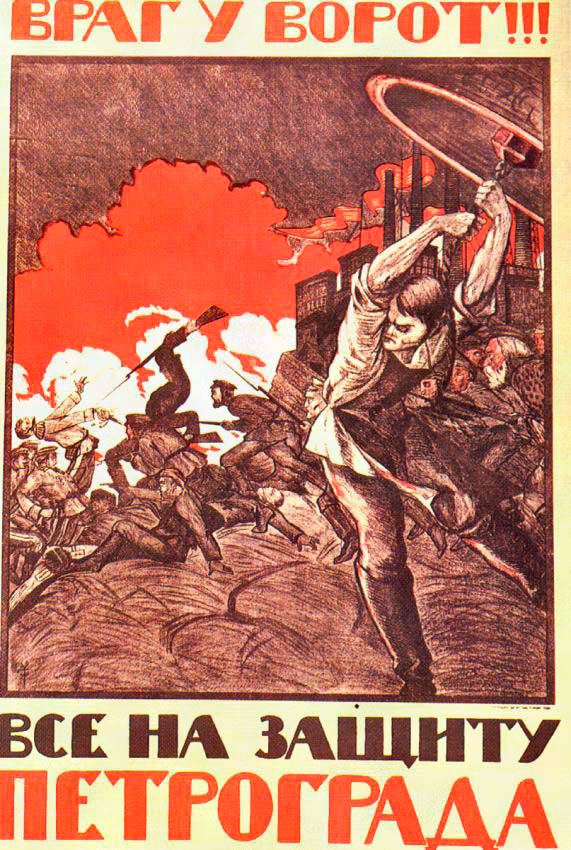 8. “On the altar of the International” 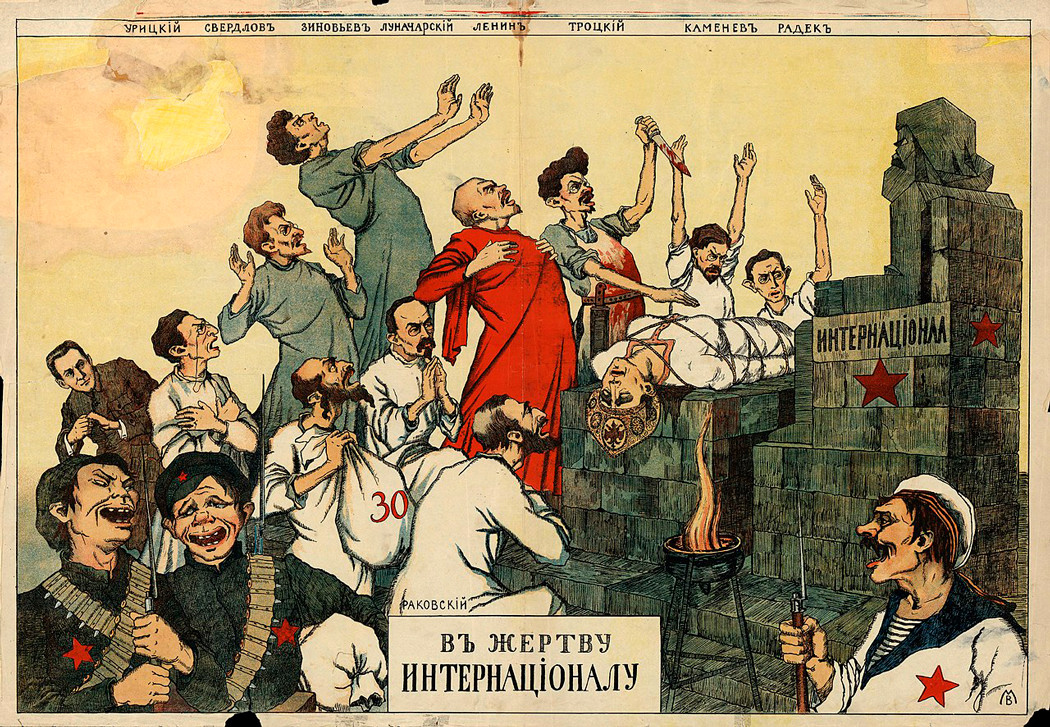 9. “The Entente disguised by the mask of peace” 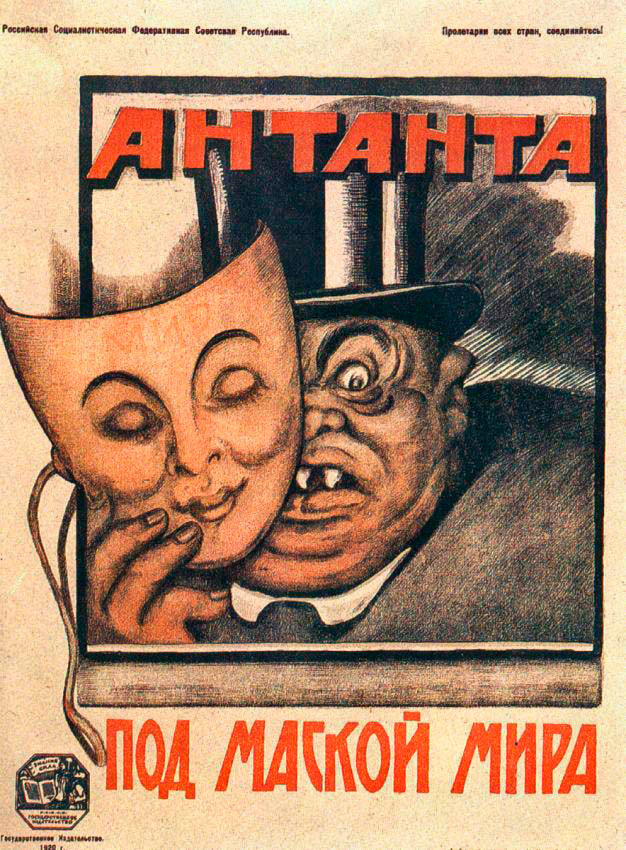 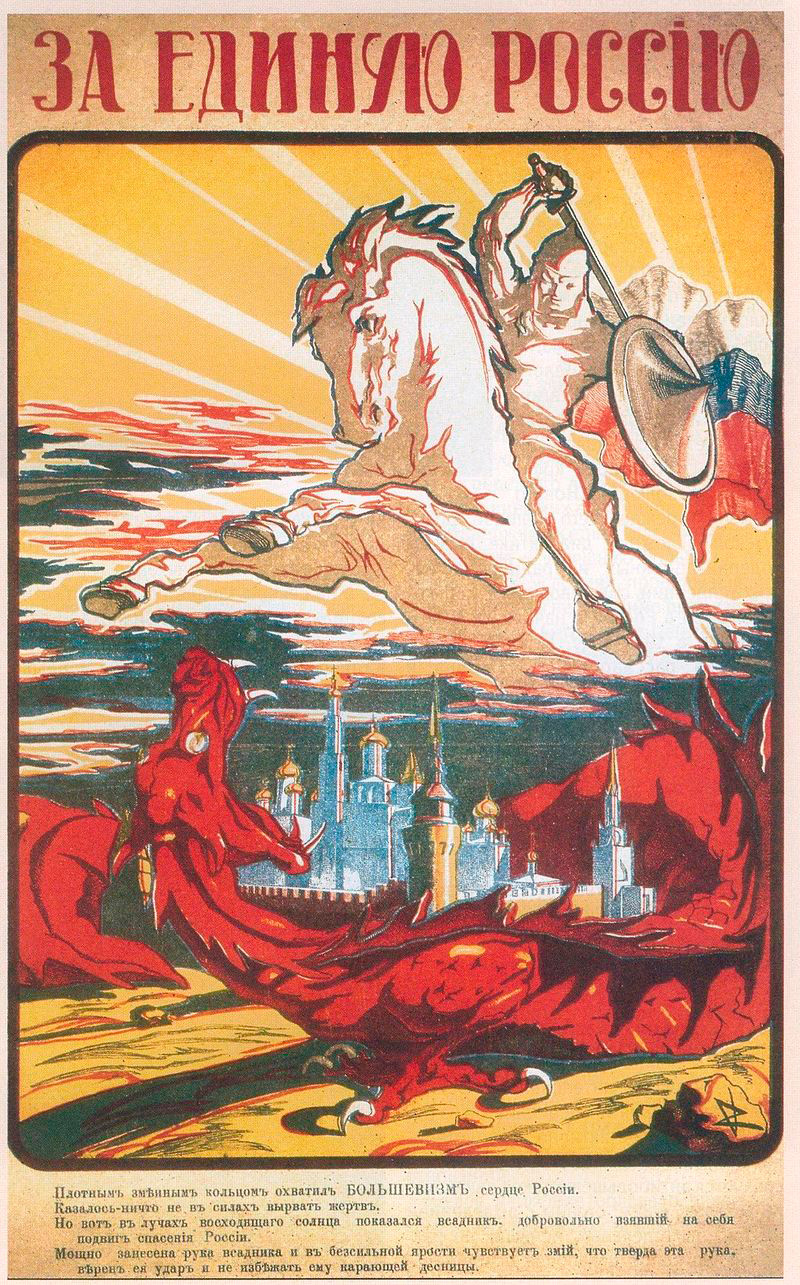 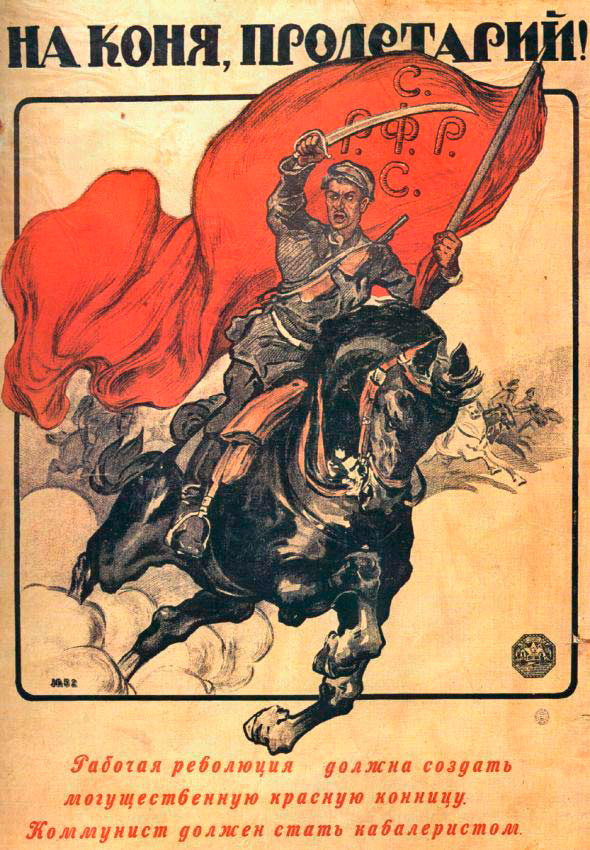 12. “Stake your lives in defense of Petrograd!” 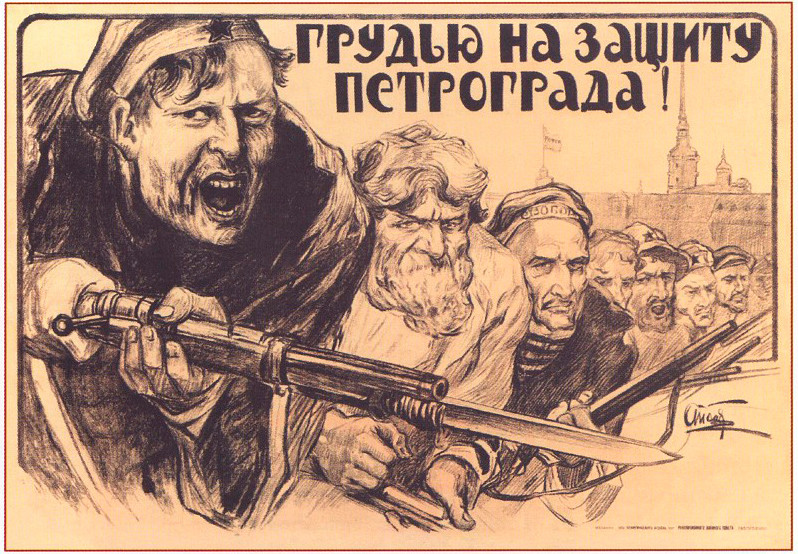 13. “Cossack, you have just one path - towards working Russia! 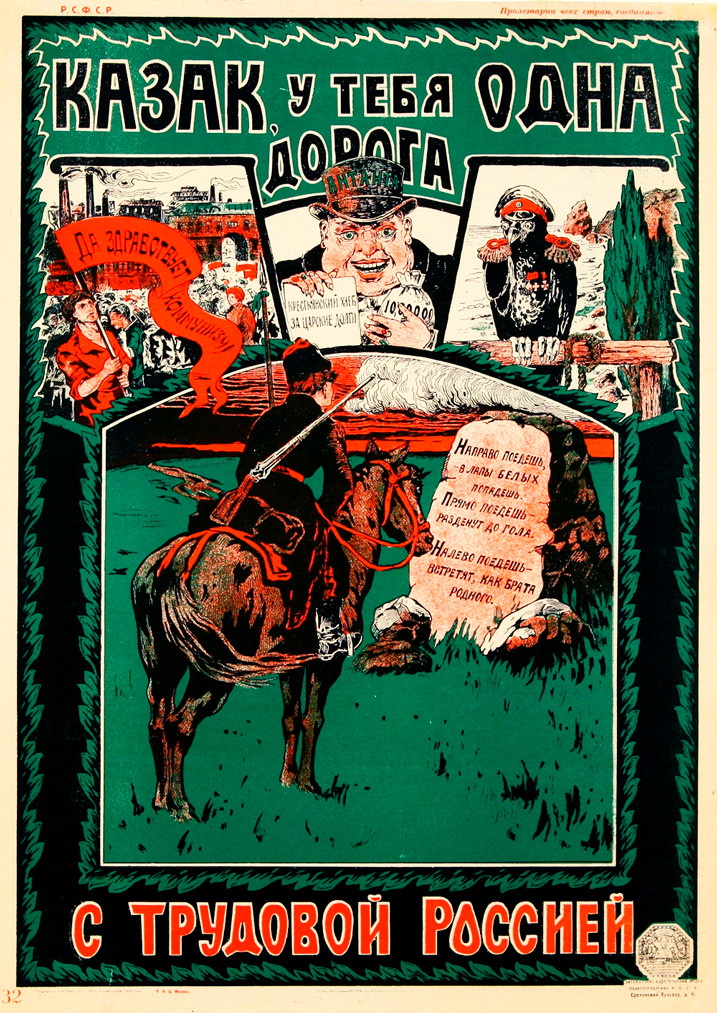 14. “Enemy at the gate! He is bringing slavery, hunger, and death! Terminate the black skunks! Everybody to defend! Forward!” 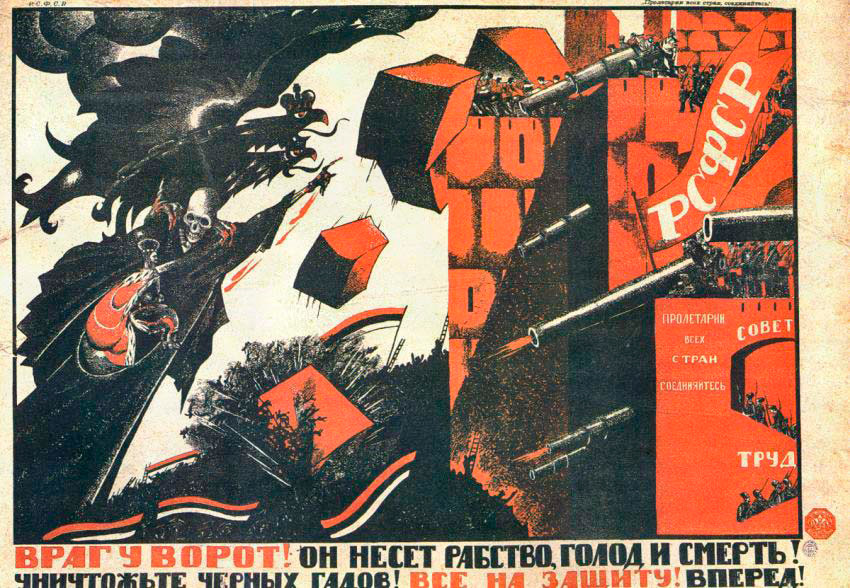 15. “Wrangel is still alive. Finish him without mercy” 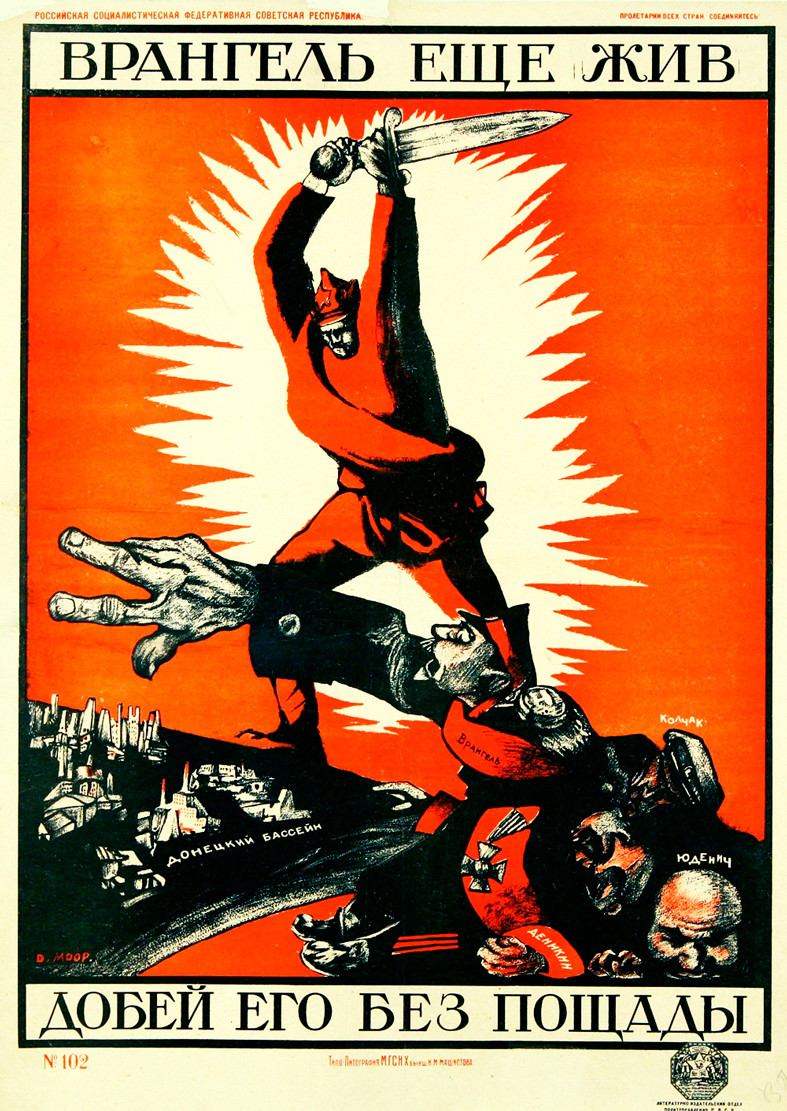