The Bear vs the Lion: 5 times Russia and Britain were on the eve of war

History
Boris Egorov
Legion Media, Nikolay Karazin, Rosario Fiore/Flickr
Despite decades of strong confrontation and geopolitical rivalry, the Russian and British Empires waged only two open wars against each other. Nevertheless, there were numerous episodes when the bear and the lion were at each other’s throat. 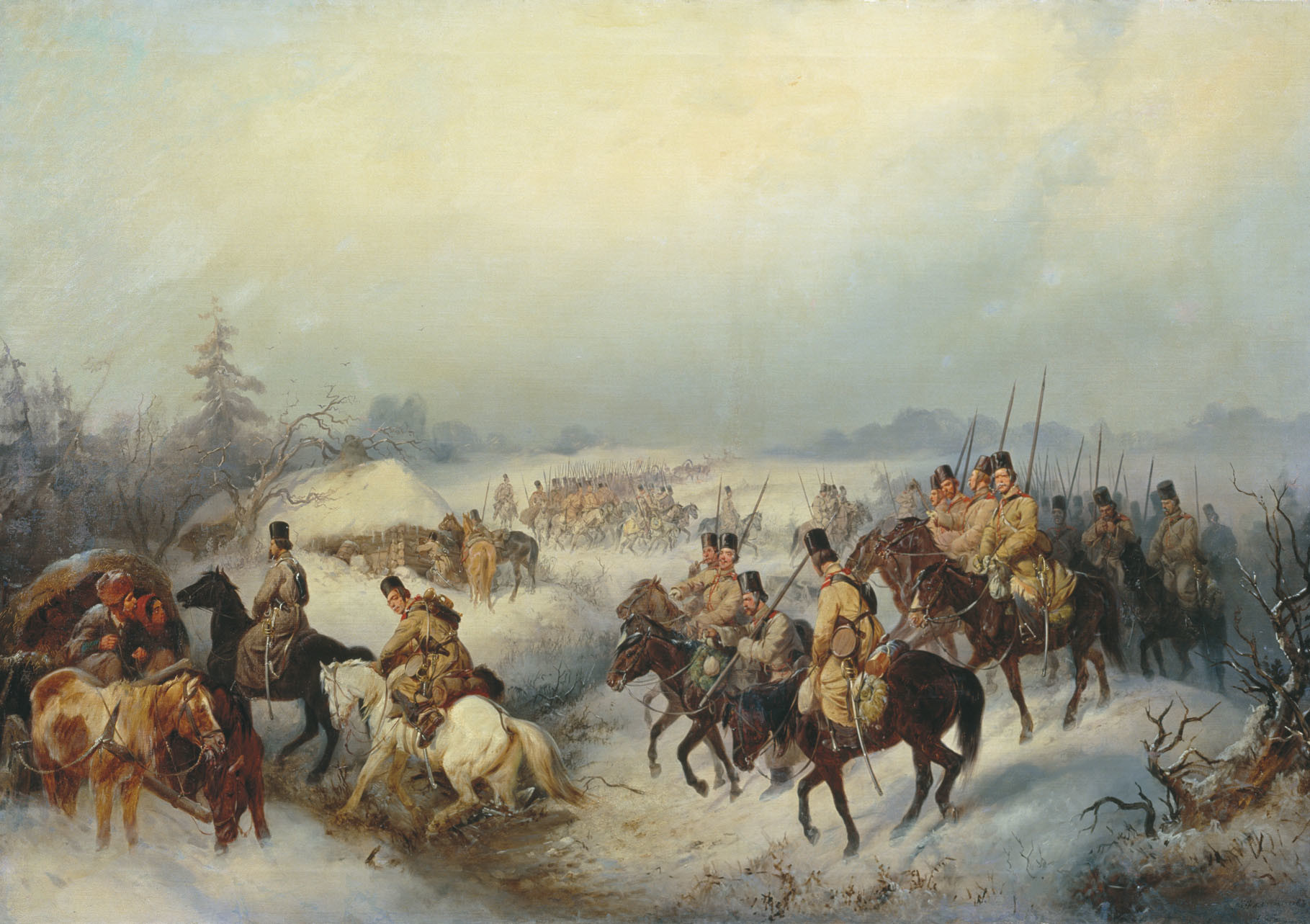 Konstantin Filippov. Cossacks on the March, 1851

In the late 18th century France waged endless wars against coalitions of other European superpowers, among which the Russian and British Empires acted as allies. However, Russian Emperor Paul I was greatly disappointed with the ongoing military campaigns and the fact that the British actually used Russia to achieve their own goals, with Russian soldiers meaninglessly spilling their blood on European battlefields.

In 1800, Paul I radically changed the course of Russia’s foreign policy by forging an alliance with France and preparing for a war against the British. The idea was to strike "the empire on which the sun never sets” in the main source of its prosperity - India.

According to the plan made by Napoleon (then First Consul of France), the joint 70,000-strong French-Russian army was to reach Iran from southern Russia across the Caspian and then march towards India. Moreover, a large army of Don Cossacks would also participate.

The two allies hoped for large-scale support from the Pashtuns, Balochi and other local tribes oppressed by the British. As a result of the campaign, northern India would fall under Russian rule, while the French would get the southern part.

On February 28, a 22,500-strong Cossack army began its march towards Russia’s southern borders. However, 11 days later Emperor Paul I was assassinated by a group of nobles and officers, with the secret support of Britain. The Cossacks were immediately ordered back, and the daring plan was never realized. 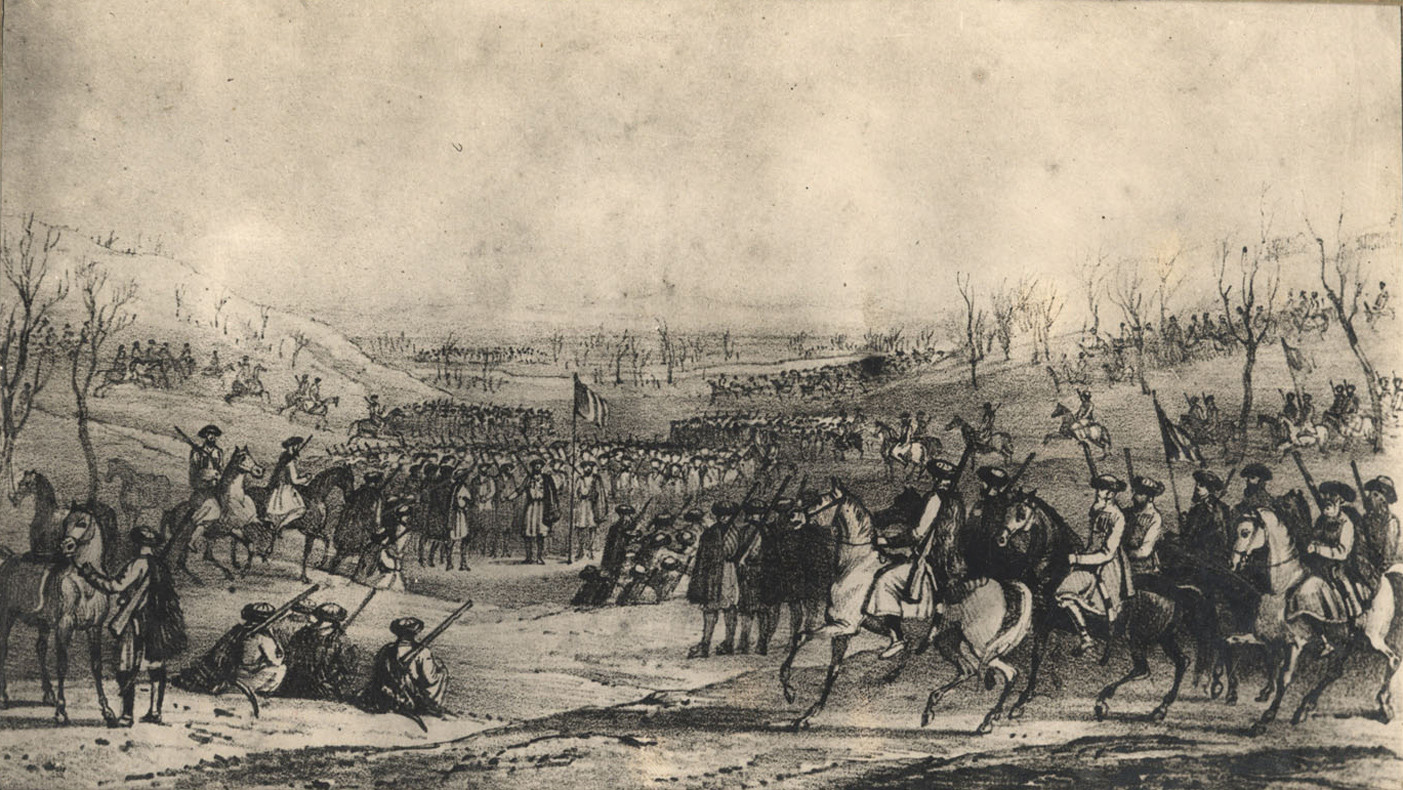 In the 1830s the Russian Empire fought several exhausting wars against the tribes of the North Caucasus, who were displeased by Russia’s annexation of the region. The rebels received widespread support from Britain and Polish emigrants

n 1836, a Russian patrol ship detained the British sloop Vixen full of ammo for the rebels near the port of Sujuk-Qale (Novorossiysk) in the Black Sea. The British had already unloaded eight guns, 28,800 pounds of powder, and many other weapons.

The capture of Vixen was specially planned by British diplomats in Constantinople and Polish emigrants to provoke tensions between the two empires. The ship was arrested and its crew, led by Captain (and British agent) James Stanislaus Bell, was expelled to Constantinople.

The provocateurs achieved their goals. In a fit of outrage, London started to prepare for war. However, the British couldn’t find an ally on the continent to fight Russia and the conflict was soon forgotten. 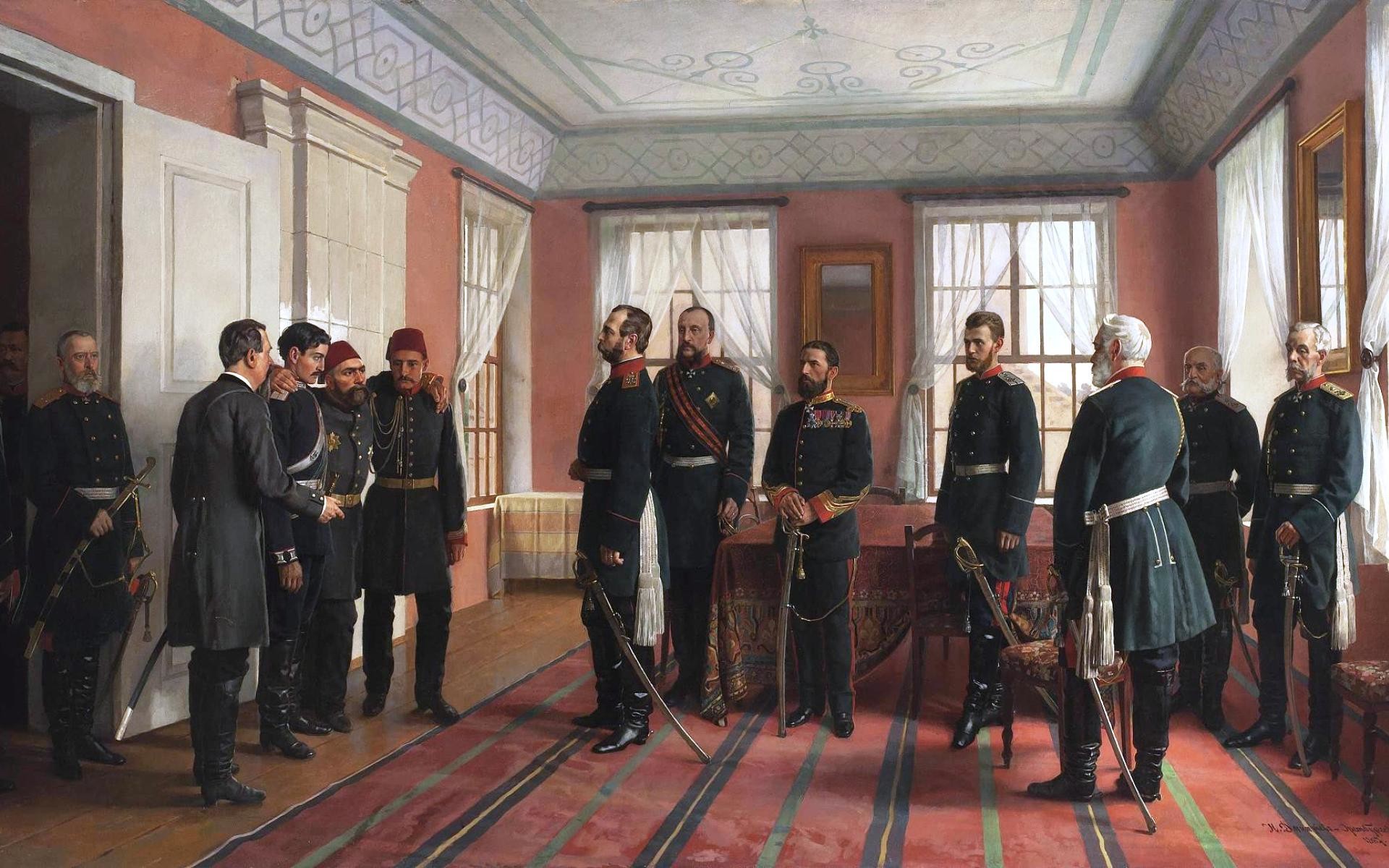 During the Russo-Turkish war (1877-1878), the Russian army was so successful that after several dazzling victories in late 1877 it opened a direct route to the heart of the Ottoman Empire - Constantinople.

However, the fall of the Ottoman capital wasn’t part of the British plans. On February 1 the British fleet, led by Admiral Geoffrey Hornby, entered the Dardanelles, and a war credit of £6,000,000 was asked of Parliament. Britain was preparing for war.

The Russian army could have easily taken Constantinople, but Emperor Alexander II resisted the temptation. “Constantinople is a new war,” he said. Exhausted, Russia wasn’t ready for a major new conflict, and a peace treaty with the Ottomans was made. 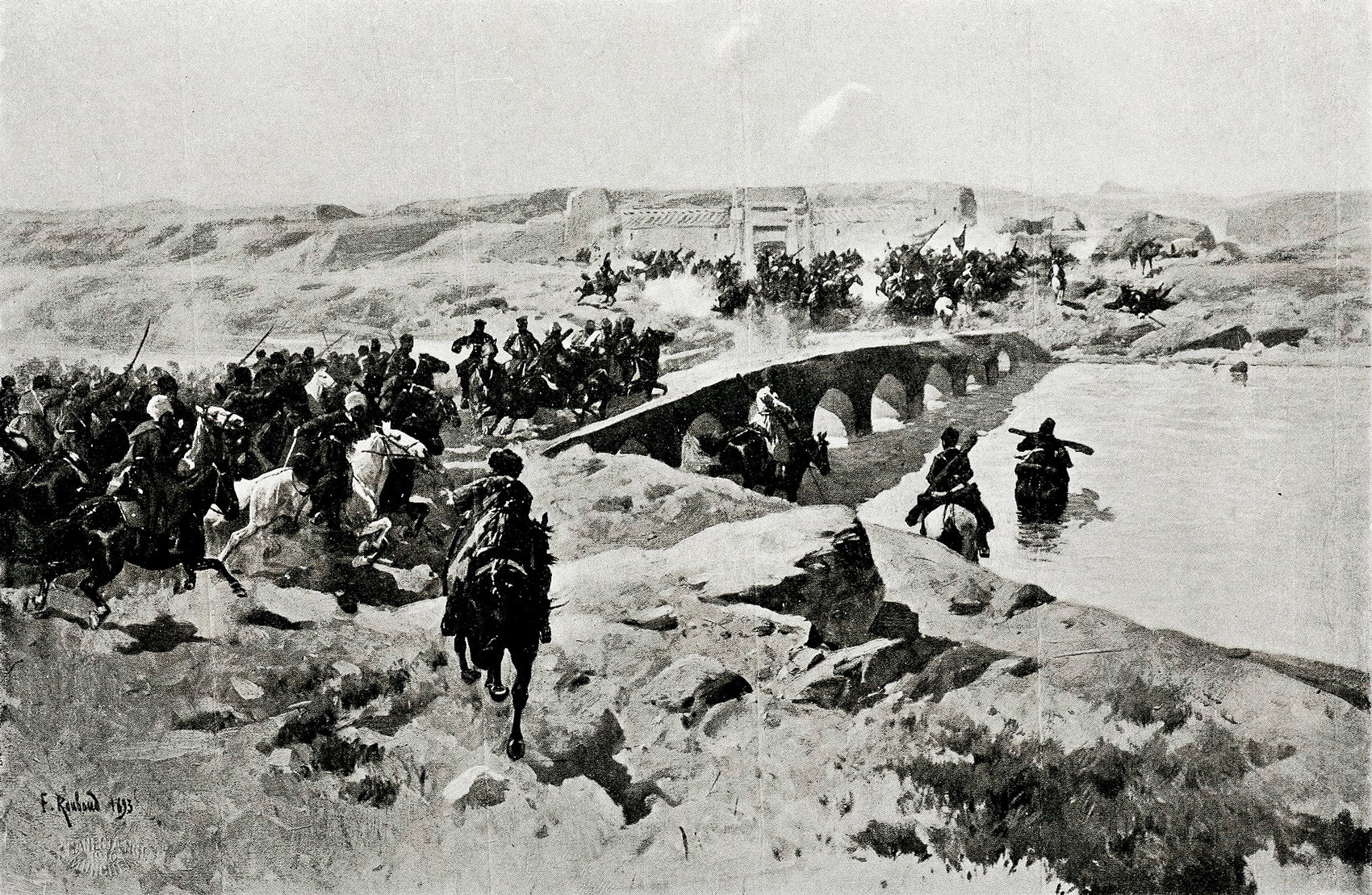 The Great Game between the Russian and British Empires for geopolitical dominance in Central Asia played out with no major clashes between the two superpowers. However, the Panjdeh incident put them on the brink of open warfare.

In 1885, Russian troops entered the territory of the Panjdeh settlement of the Emirate of Afghanistan, then under the protectorate of Britain. The latter, deeply concerned about the Russian advance into its zone of interests, inspired the Afghan emir to kick the Russians out.

The battle ended with a stunning Russian victory. The British were ready to launch a war but were convinced by Russian diplomats that the Russian Empire would halt its further expansion deeper into the region. 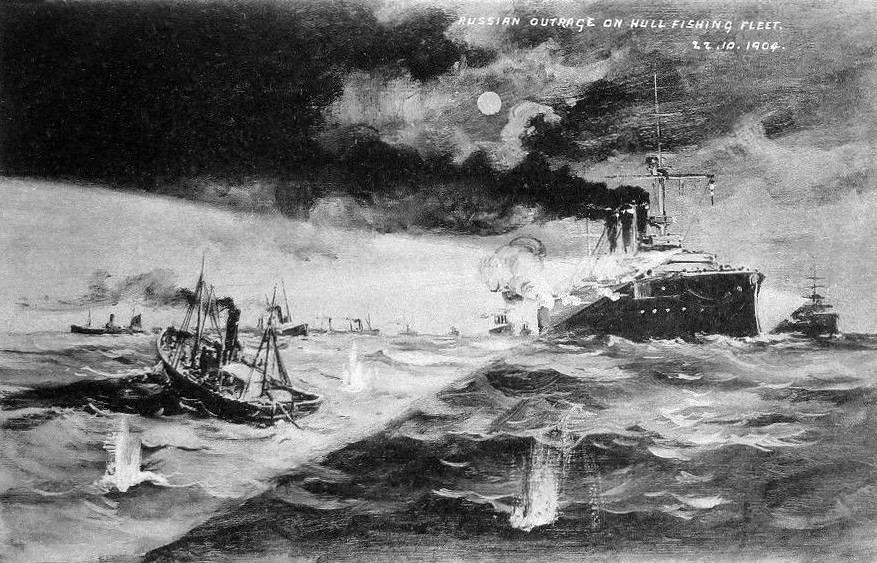 Russia’s fateful war against Japan could have been even since Britain was ready to engage on the Japanese side.

That was because when the Russian naval squadron left the Baltic Sea and headed to the Far East, it almost triggered a war with the British along the way.

Not far from the English coast, Russian warships opened fire on local fishing trawlers, mistaking them for the Japanese fleet in the foggy night. As a result, several fishermen died and one trawler was sunk.

The outraged British called the Russians a “fleet of lunatics” and started to prepare for war. Thankfully, Russian compensation for the fishermen resolved the incident peacefully.