Pixabay
Given the rumors, Russians often wish all those theories about our super-soldiers and X-Men skeletons were true. Alas, the Soviet Union only went as far as trying to make immortal politicians (not as cool - but still cool, right?)

Not long before the death of Vladimir Lenin in 1924, a clandestine society emerged in Russia. Its members would conspire to meet in safe houses where they summoned volunteers to take part in blood transfusions. Creepy, right? You may be forgiven for thinking this was a sect or a religious cult, but in fact, the organization was run by a very sane Bolshevik higher-up, Alexander Bogdanov (real name Malinovsky), close Lenin ally, co-founder of the party and noted scientist behind the Socialist Institute. 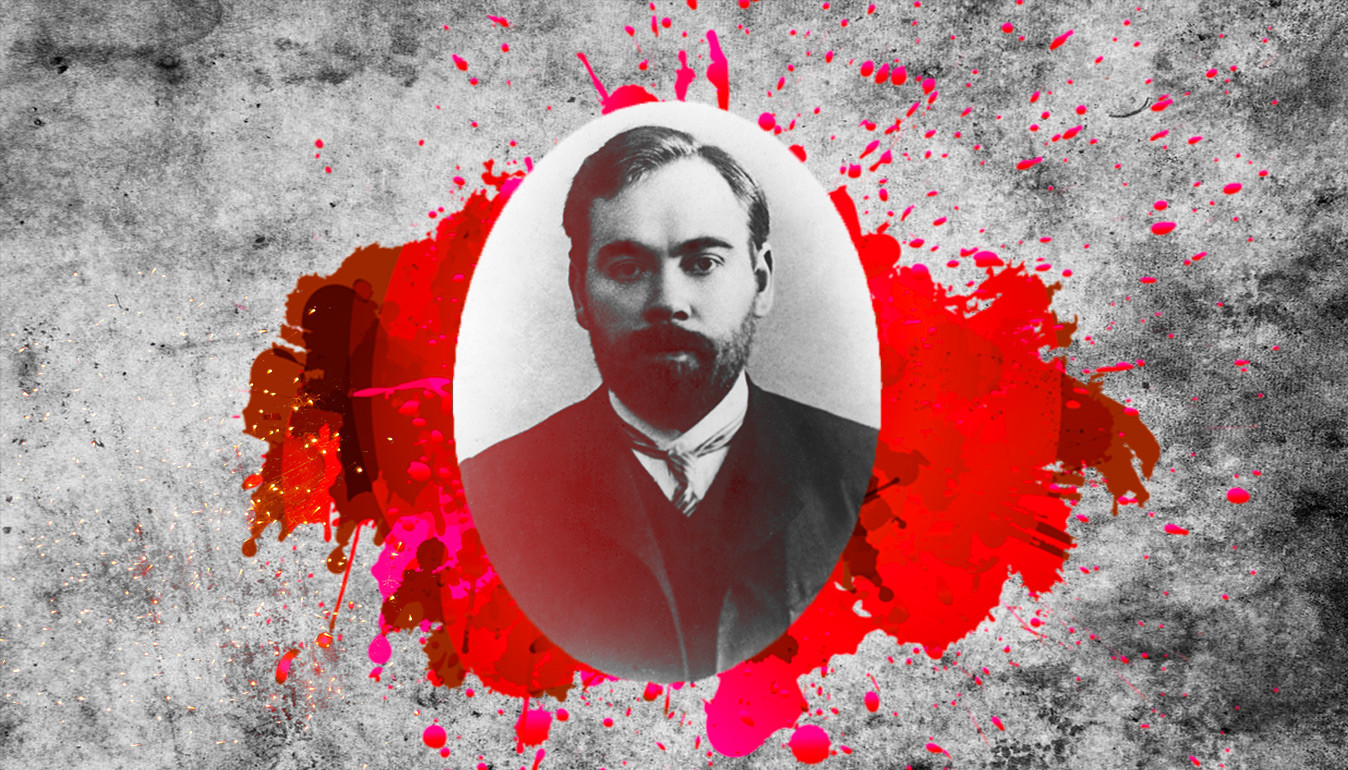 “The great visionary”, as he was called by followers, was trying to unlock the secret to immortality.

Bram Stoker’s ‘Dracula’ had found great favor with readers in the Russian Empire, including Nicholas II himself. This fascination carried over into Socialist times. The meanings of blood and sacrifice enjoyed mystical fervor in a country that had just lost two million people in a war the likes of which the world had never seen in scale or efficiency of brutality.

“Why couldn’t they just resurrect him?”, wrote many in army circles about the 1924 demise of Vladimir Lenin. The idea that a figure of such colossal stature could die was unfathomable.

Lenin appeared to have been worn down by stress, exhaustion and malnutrition - all leading to a whole bouquet of symptoms afflicting nearly every old-school ruling class Bolshevik barely in his mid-thirties. They haven’t even had time to properly start ‘emancipating the world from capitalist tyranny’. Something had to be done.

It is no secret that Russia at the dawn of the Bolsheviks was a highly experimental country. No stone was left unturned in the search for the perfect Russian - including the famous sex reforms.

Given blood’s mystical allure, some scientists of the time also theorized that the person’s entire personality, soul and immune system were contained in their blood. 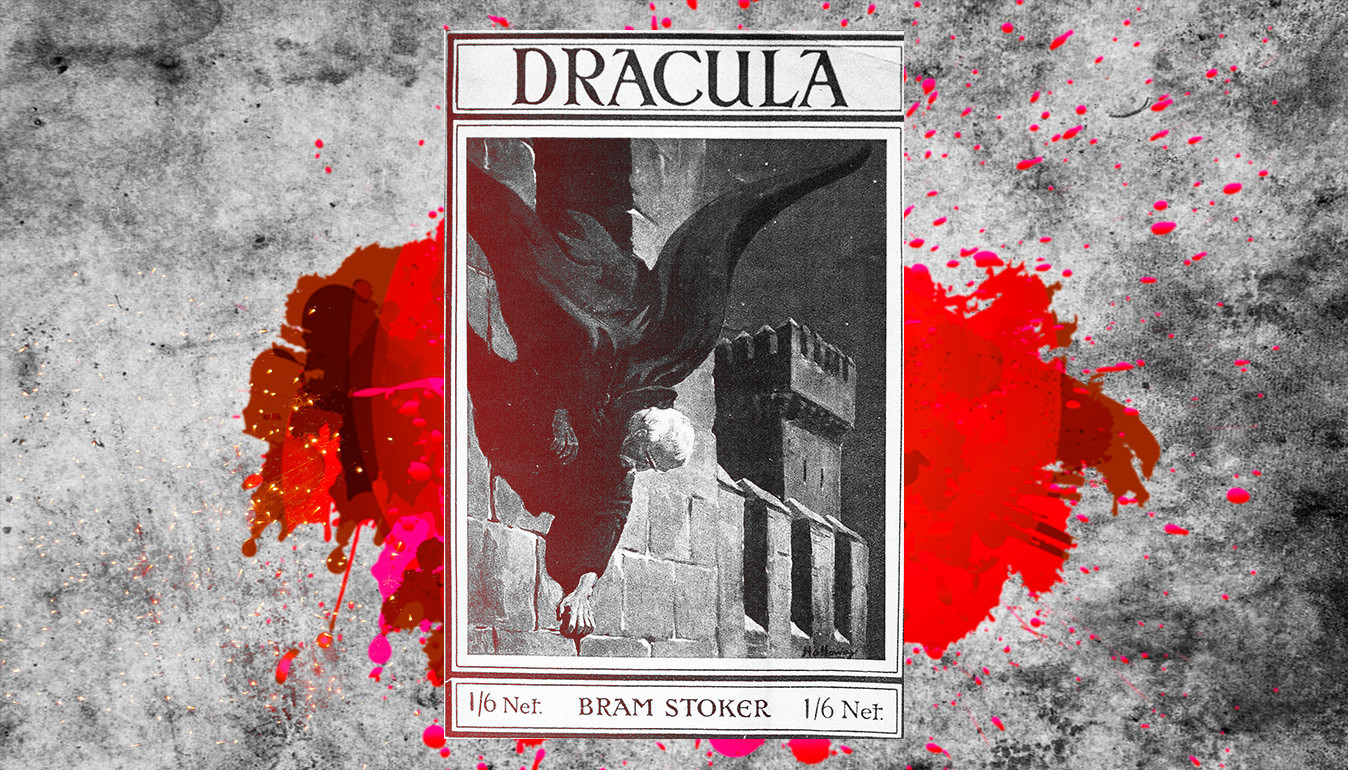 Bogdanov was such a scientist. Not only that - he was a polymath and an avid stargazer with a deep fascination for Mars, which he envisioned as a sort of socialist utopian society of blood brothers. These ideas laid the foundations for his novel, ‘The Red Star’, about a scientist who travels to the Red Planet, and finds out that the Communists there had almost attained immortality, all thanks to this culture of blood.

READ MORE: 10 Russian sci-fi covers that need to be burned before reading!

Lenin was disappointed with Bogdanov’s preoccupation with fantasy and sci-fi, leading to a rift between the two, Lenin believing that Bogdanov was making people chase foolish dreams instead of focusing on the work of forging the Revolution. But Bogdanov was too useful at the time, being the second figure in the party - the man directed the Bolsheviks during Lenin’s exile.

The Split with Lenin

Even so, their camaraderie could not have survived their differences: Lenin advocated for dialogue and cooperation, including participation in the Duma - Russia’s legislative body. Bogdanov wanted no part in it, leaning even further left than Lenin himself had. 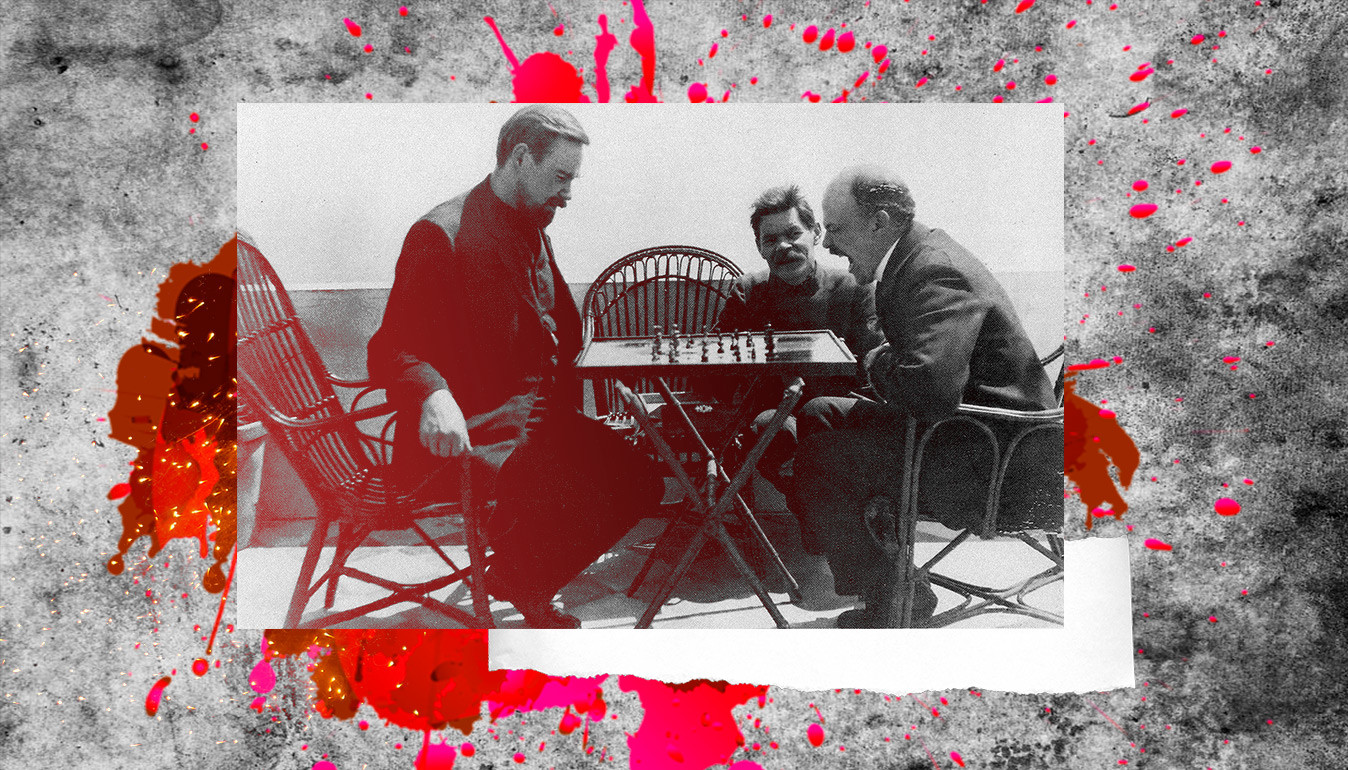 Together with his friend, Leonid Krasin, Bogdanov set up a military wing under the RSDLP’s  Central Committee. Money from its expropriations would be distributed to the various organizations controlled by Lenin and Bogdanov. The latter was furious that more money seemed to be going to Lenin’s cause.

Bogdanov would soon be expelled from the Workers’ Party. The two were split on their interpretation of Marxism, and Lenin’s works had begun to reflect that, calling out Bogdanov for his “bourgeois” outlook. At that point, even Lenin’s family thought he could’ve taken it down a notch. But the Bolshevik was having none of it - even banning Bogdanov’s novels from being read in the household.

Bogdanov, on the other hand, thought of Lenin’s ideals as those of ‘absolute Marxism’ - “the bloodsucker of the Old World,” turning followers vampire, chief among them Lenin. Bogdanov had lost his party, his job and his credibility while exchanging literary jabs with people he considered his comrades.

After the devastation of WWI, however, a glimmer of light had appeared: “science can do anything” was to be the mantra of the 1920s-30s.

Mikhail Bulgakov had then just published his brilliant piece of sci-fi satire - ‘A Dog’s Heart’, which talked about transferring a dog’s soul into a human subject, another telltale sign of the times. It became obvious that science was beginning to take inspiration from fiction. With Bogdanov as the main proponent. 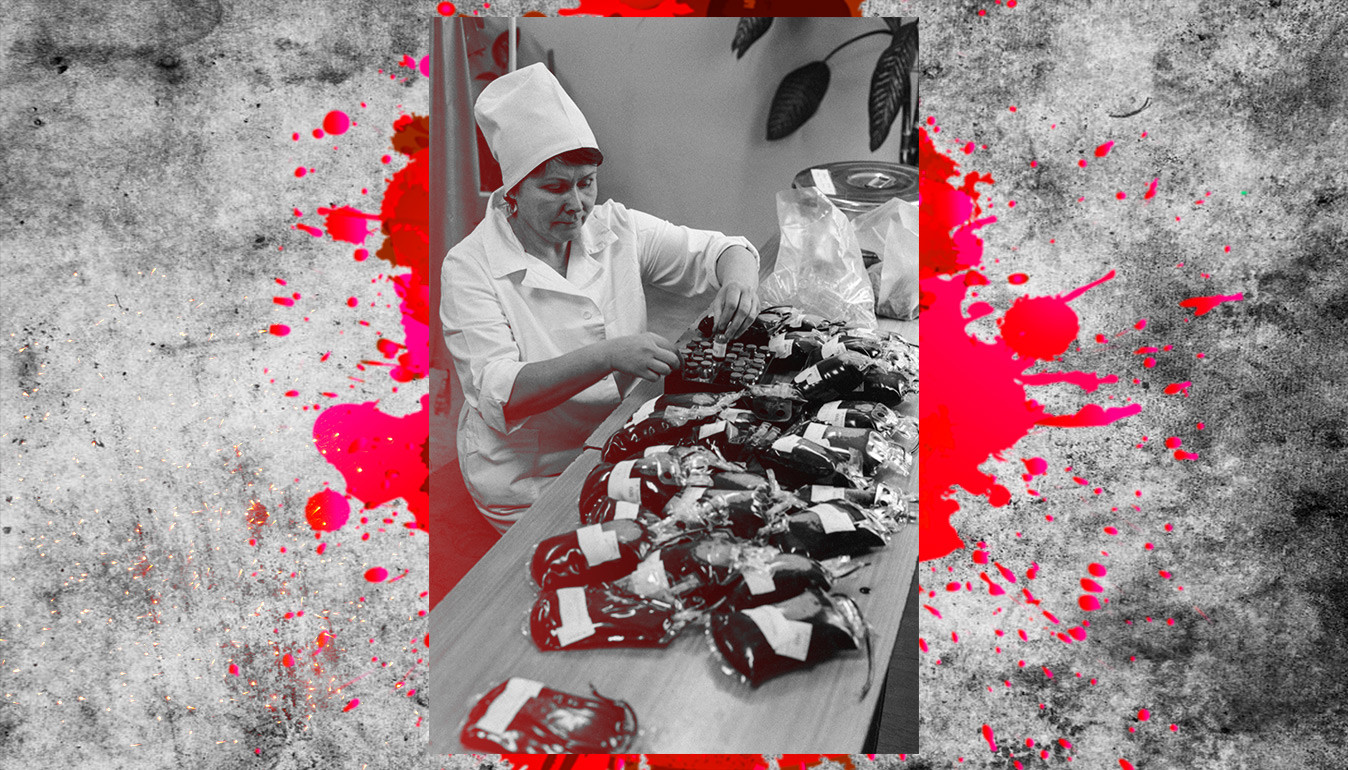 The problem with Bogdanov’s science

Bogdanov cared not for what we know about blood today - from blood groups and the Rh blood system to a whole host of other factors. His science was fraught with danger, with him as the most frequent guinea pig.

The blood would be taken from patients, poured into a sterile container and mixed with an anti-clotting agent, before the transfusions took place. They would have to be fast as well, to prevent bacteria forming.

Bogdanov’s fan base grew as this borderline-mad experimentation began to show signs of progress: Bogdanov himself was said to have begun looking 5-10 years younger, while his wife’s gout also began showing signs of improvement. People couldn’t believe their eyes!

It wouldn’t take long before Stalin himself would be bitten by the science bug, leading him to call upon Bogdanov and his experimentation, even suggesting he join back with the party he was expelled from by his predecessor. 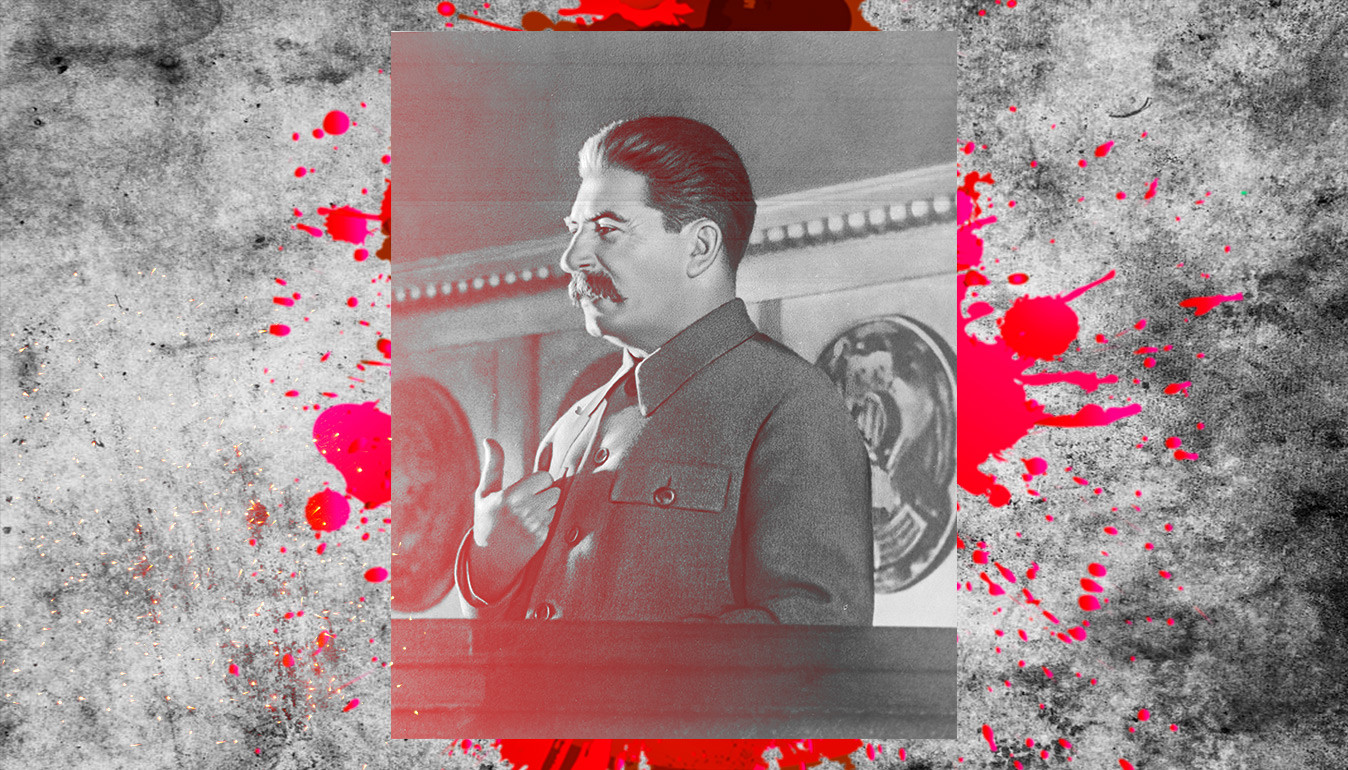 Stalin was certainly no Lenin, and believed he needed every edge if (when) the next World War was going to take place. No money was spared to find a military application for the transfusions.

The Institute for Blood Transfusion was set up in 1926 on the leader’s orders. Bogdanov becomes director. This fascination with the idea of blood brotherhood expressed in his Martian sci-fi novel would finally begin to bear fruit.

READ MORE: Why did Stalin want to create a socialist paradise on earth for Swedes?

Tragically, the mad scientist and sci-fi Bolshevik had not had enough time to properly study the effects of his rejuvenation procedures. We had no idea about erythrocytes or plasma or any checks and practices in place today for a successful transfusion.

Bogdanov was very interested in whether a person’s entire immune defenses were also transferred through blood. It seemed that a young man suffering from tuberculosis was the perfect candidate to test that theory.

A liter of blood was exchanged between the patient and the 'doctor'. 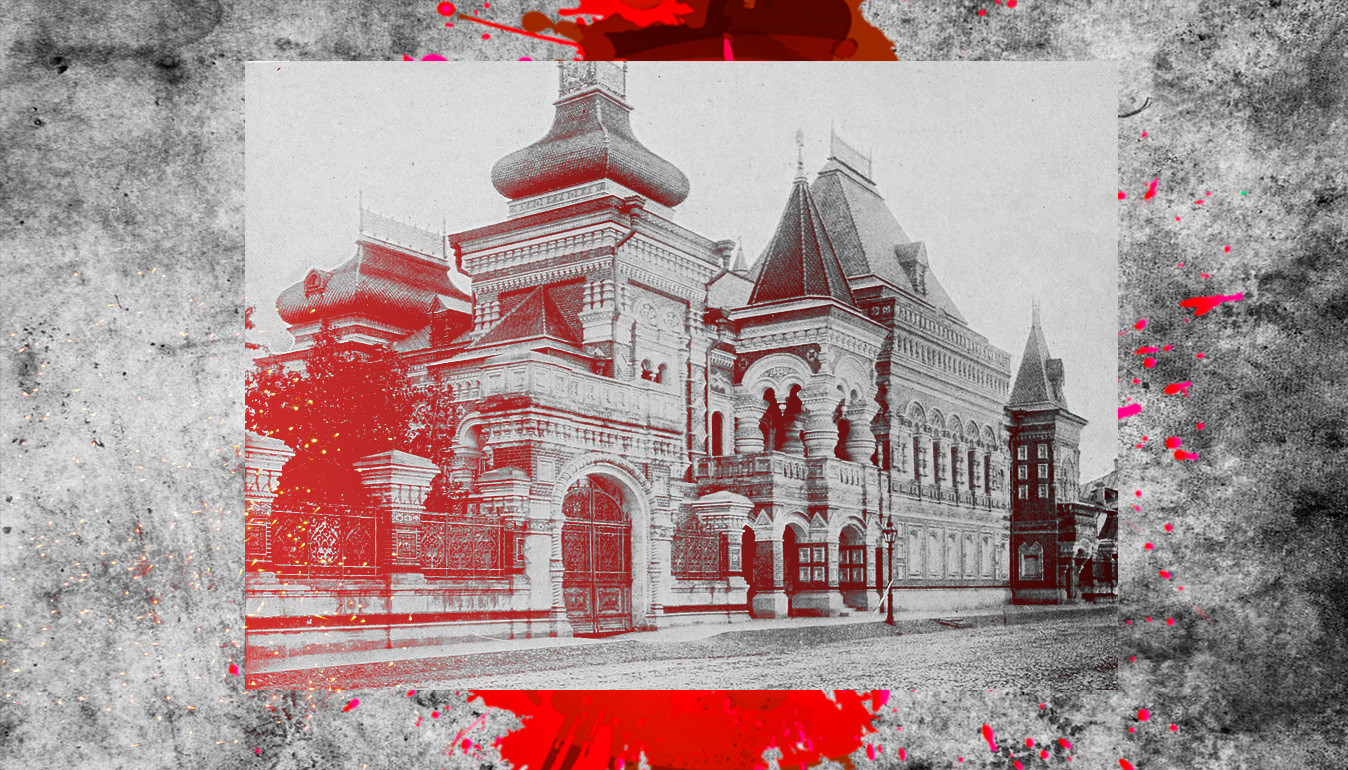 It didn’t help that Bogdanov had been comparing his own blood to that of Dracula - immune to human afflictions. That twelfth transfusion would become his last. In the space of three hours, both started to suffer a steady deterioration: fever, nausea, vomiting - all signs of a serious poisoning.

However, Bogdanov decided to keep the transfusion under wraps. On that excruciatingly painful day, he’d felt even worse than the poorly Kaldomasov - the tuberculosis sufferer. He refused treatment nonetheless in a vain attempt to understand what had happened.

Bogdanov’s kidneys gave out in 48 hours, resulting in death from a hemolytic reaction. His last words, according to Channel 1’s interview with close descendant and economist Vladimir Klebaner, had been “Do what must be done. We must fight to the end.” He passed on April 7, 1928, aged 54.

But what of the student? The 21-year-old had lived. The doctors couldn’t tell why, even after another last-minute transfusion had failed to save Bogdanov from death. It would later become apparent that this final procedure wasn’t the culprit (both he and Kaldomasov were type O) - but the 11 preceding ones had been, creating antibodies in Bogdanov to the degree that even the correct blood would have been rejected. That’s all we know.

Stalin was very angry. Having pledged tens of thousands of rubles toward Bogdanov’s blood institute, the Soviet leader began now to think that all scientists were charlatans and extortionists.

In the end, however, it was thanks to Bogdanov’s work that Soviet hematology got a much needed push forward.