History
Alexey Timofeychev
Quite often, treasure troves of rare jewelry and thousands of precious medieval coins have been discovered in Moscow. Sometimes, it’s even possible to reconstruct the dramatic circumstances of their production, as well as the historical events surrounding their secret burial. 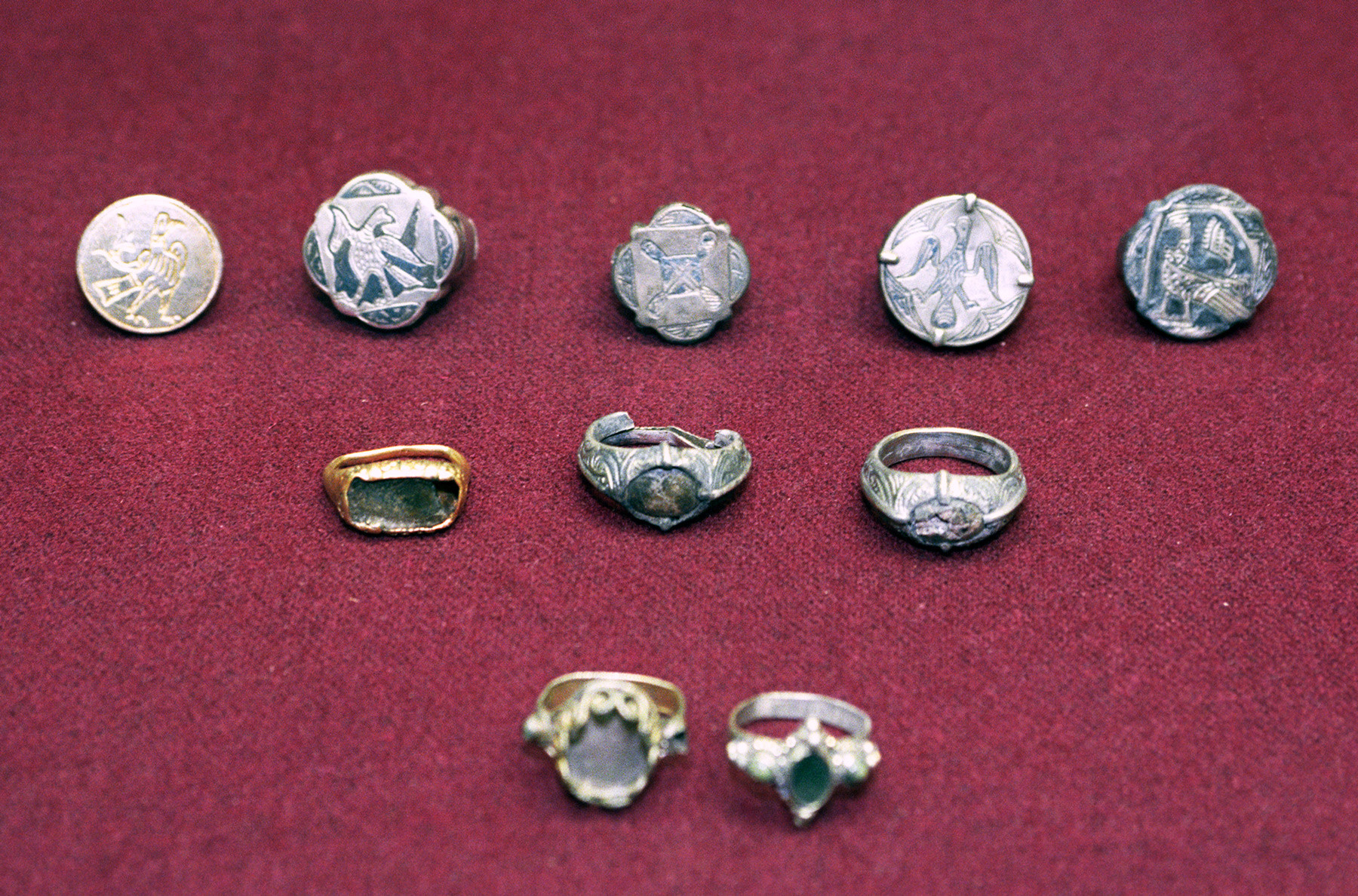 Treasure has been found a number of times inside the Kremlin. However, a discovery made in 1988 was the biggest, consisting of 300 pieces that included many silver bars and jewelry items that date to around the 13th century.

The find contained rare jewelry produced not only in Russia but also in Scandinavia and Persia. The treasure allegedly belonged to a Moscow and was hidden in 1238 when the city was besieged by the Mongols. The city fell and was devastated, as was all of medieval Russia, which lost its sovereignty for a couple of centuries.

The treasure included many rings, such as one made from gold with an inscription in Arabic: “Glory, success, power, and happiness to its owner.”

The treasure was discovered at the depth of five meters, found in what originally was a wooden chest but which after 750 years was nothing more than dust. The treasure’s historical significance is proof that around the mid-13th century Moscow was at the center of medieval Russia’s political life and played an important role in international transit trade. 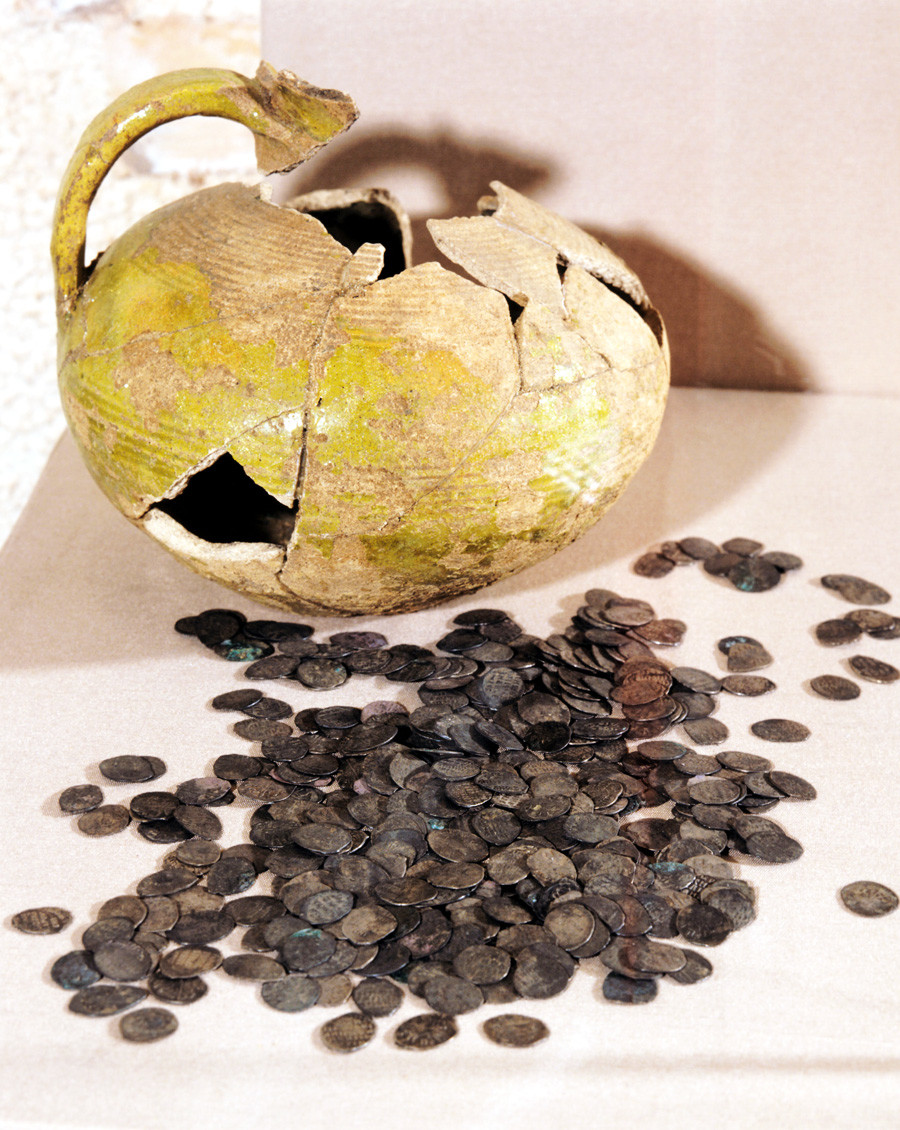 treasure trove, which was found almost 30 years before the one in the Kremlin, contained a huge number of Spanish silver coins in a copper basin. There were 3,398 piasters minted in the 16th and 17th centuries, mainly in Spanish territories of Mexico, Bolivia Columbia.

The silver weighed more than 70 kilos and was hidden in the early 17th century. The treasure was found during construction in Ipatiev Lane in the city center. Historians are not sure what these coins were intended for. Probably, they were to be melted down and made into Russian coins. 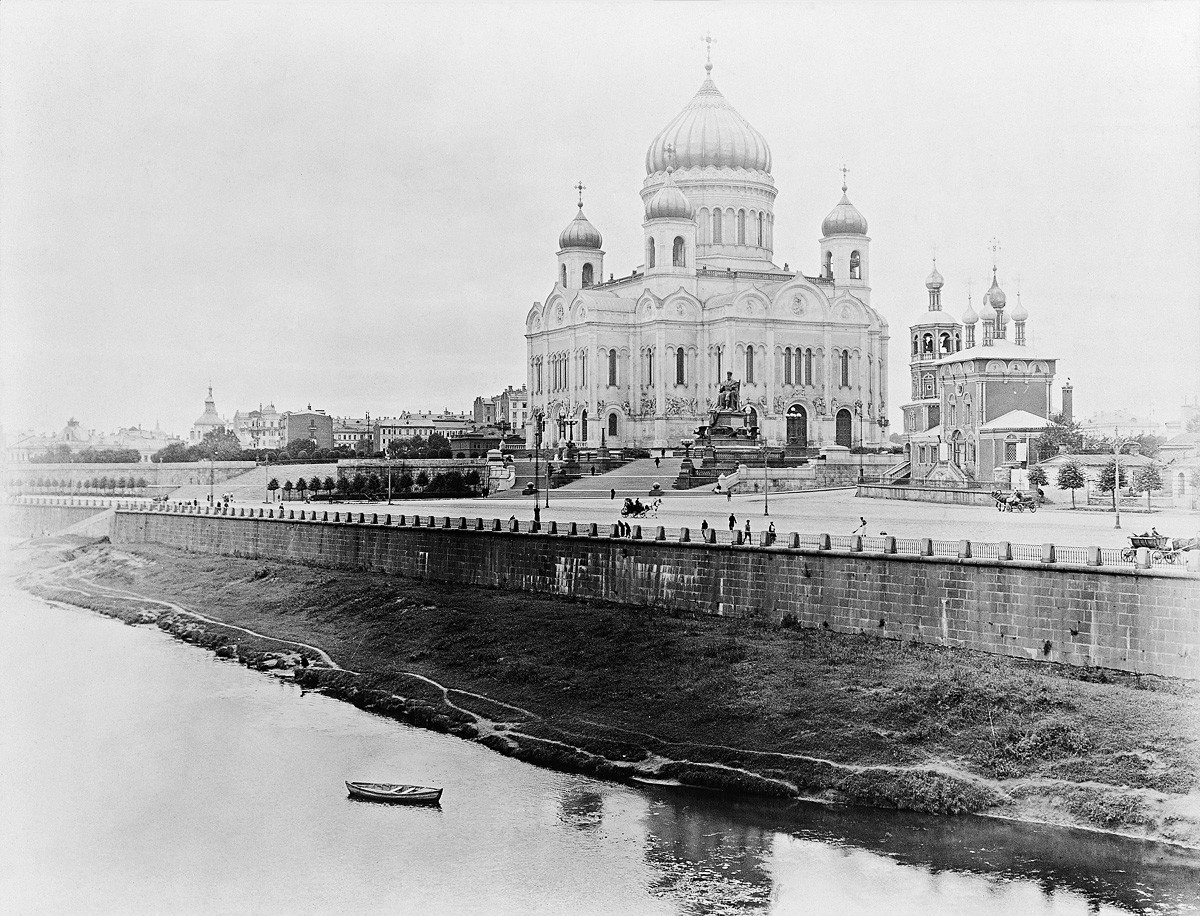 Cathedral of Christ the Saviour in Moscow

Arabic dirhams dating to the 9th century were found in the 1830s during construction of the original Christ the Savior Cathedral. It is thought these Arabic coins were the first money in circulation in medieval Russia, and it’s reported that no less than 15 similar treasure hoards have been discovered in and near Moscow.

When the treasure was hidden Moscow did not even exist, and so some people believe that the dirhams might have been hidden on the hill slope by merchants as a precaution against an attack by brigands. 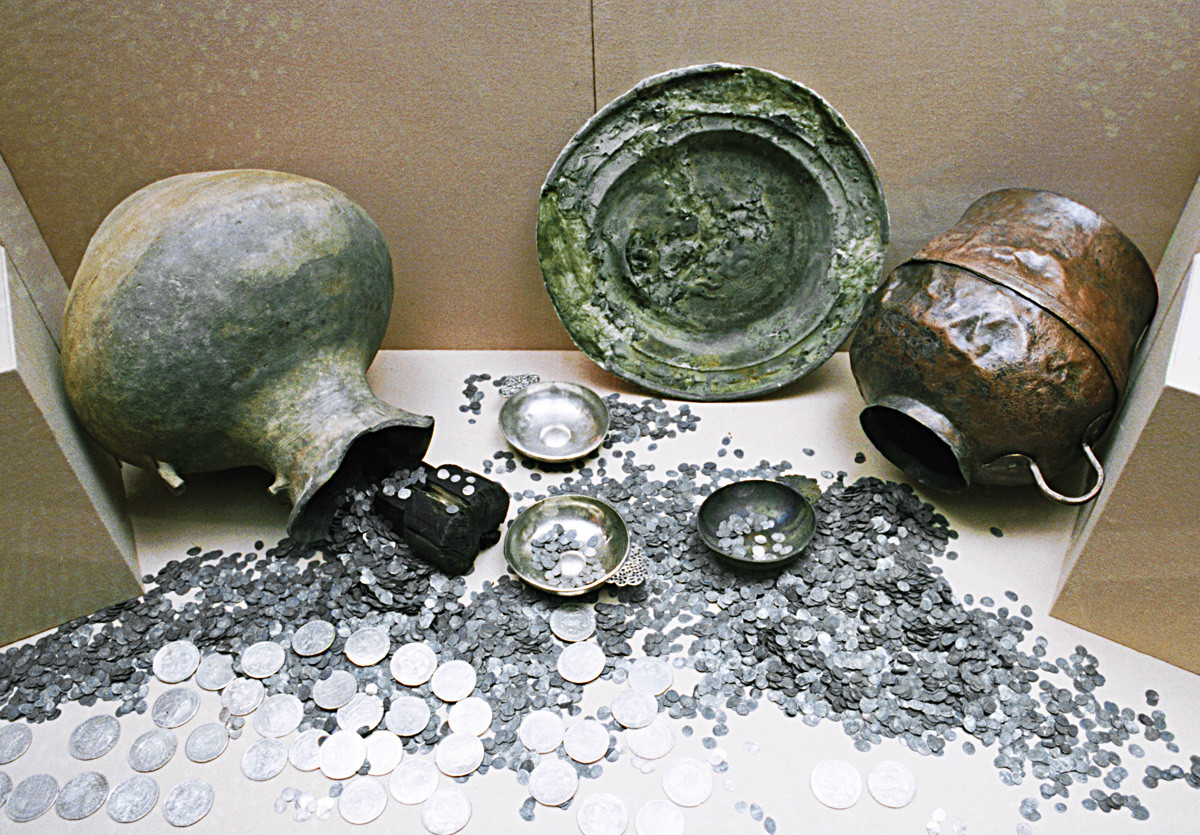 The trove was discovered a few hundred meters from the Kremlin

huge treasure trove was discovered in Moscow’s downtown in 1996 just a few hundred meters from the Kremlin and it consisted of more than 300 western European coins and 95,000 Russian silver ones. At that time the State History Museum only had 70,000 Russian-made coins in its collection.

The oldest in the trove date to the reign of Ivan the Terrible in the mid-16th century, and it’s believed that the owner hid it beneath his wooden house, which burned to the ground.

5. Enough coins to build an estate 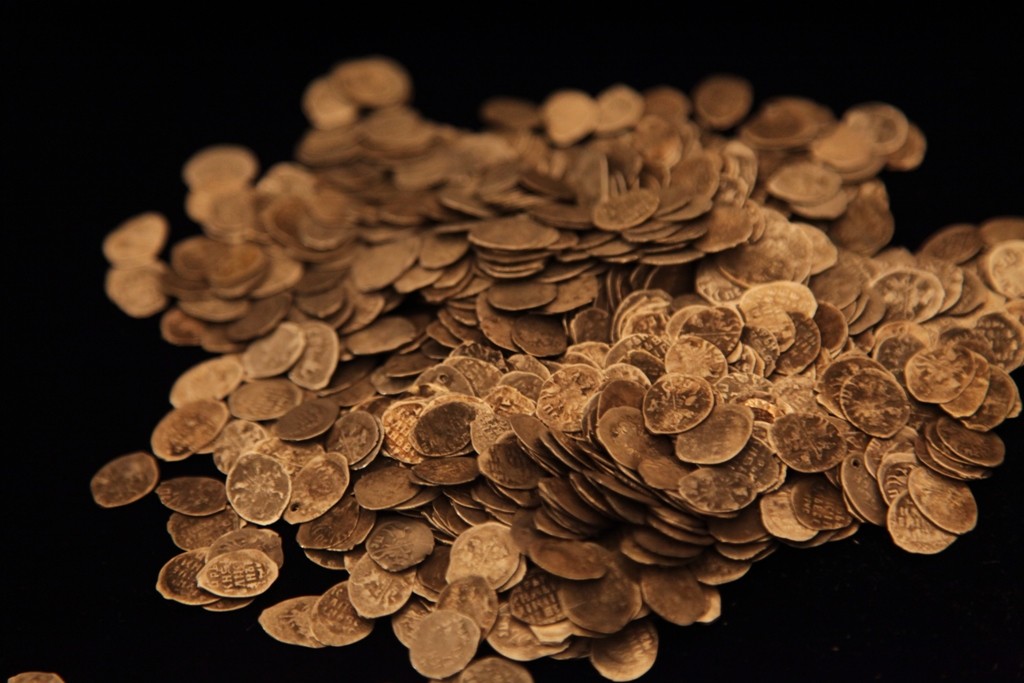 Another huge hoard of coins was discovered in 2015 during construction of the new park, Zaryadye. Workers found 43,000 silver coins that weighed 20 kilos.

They were also minted close to or during the reign of Ivan the but were hidden in the early 17th century during the so-called Time of Trouble, the period of internal turmoil and foreign meddling in Russia’s affairs.

Their value at that time was about 350-380 rubles. This money was enough to build a lavish estate in Moscow. In general, most treasure found in Moscow originally hidden in the 15th and 16th centuries when the political situation was far from stable and people were uncertain about the future.