Why a Soviet nuclear submarine rammed a U.S. aircraft carrier 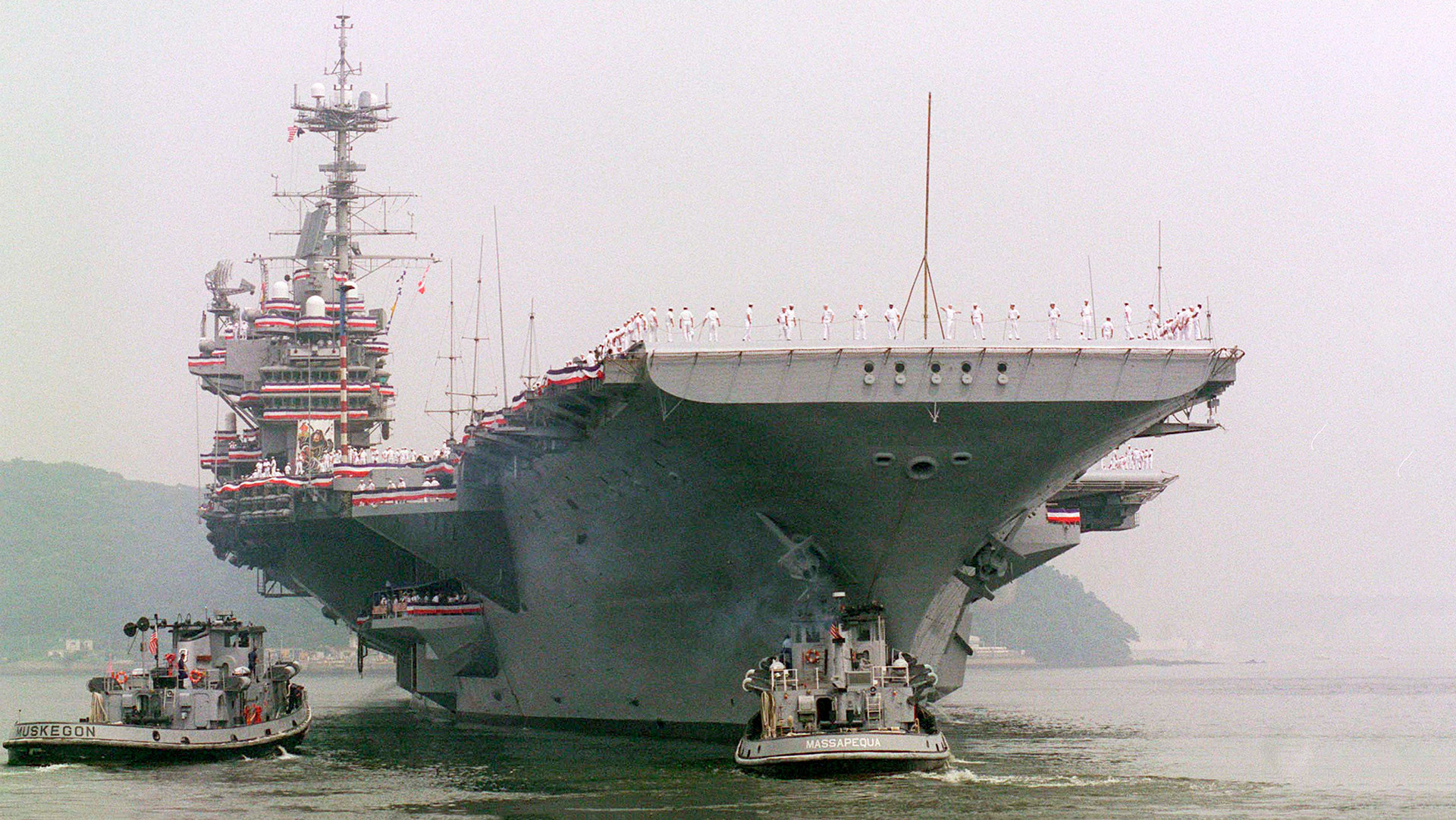 Getty Images
Only good fortune during a collision between a Soviet submarine and an American aircraft carrier in 1984 helped avert a nuclear disaster and even the start of a new world war.

Soviet sailors of the K-314 nuclear submarine couldn’t even imagine on the morning of March 21, 1984, that later the same day they would ram the American aircraft carrier USS Kitty Hawk in the Sea of Japan, in the best tradition of WWII rammings.

Despite the fact that such maneuver was definitely not planned by the Soviet captain, this incident could have sparked unpredictable consequences for the future of both and even the whole world.

Had the nuclear weapons on board the two vessels exploded, it would certainly have led not only to an ecological but to a serious conflict between the two superpowers.

USS Kitty Hawk, which could carry up to 80 aircraft, accompanied by eight escort ships, entered the Sea of Japan in March 1984 to participate in joint U.S.-Korean drills codenamed Team Spirit-84.

The appearance of such a powerful carrier strike group not far from the Soviet Far East could not go unnoticed by the Soviet Pacific Fleet. The nuclear submarine K-314 was ordered to follow the aircraft carrier 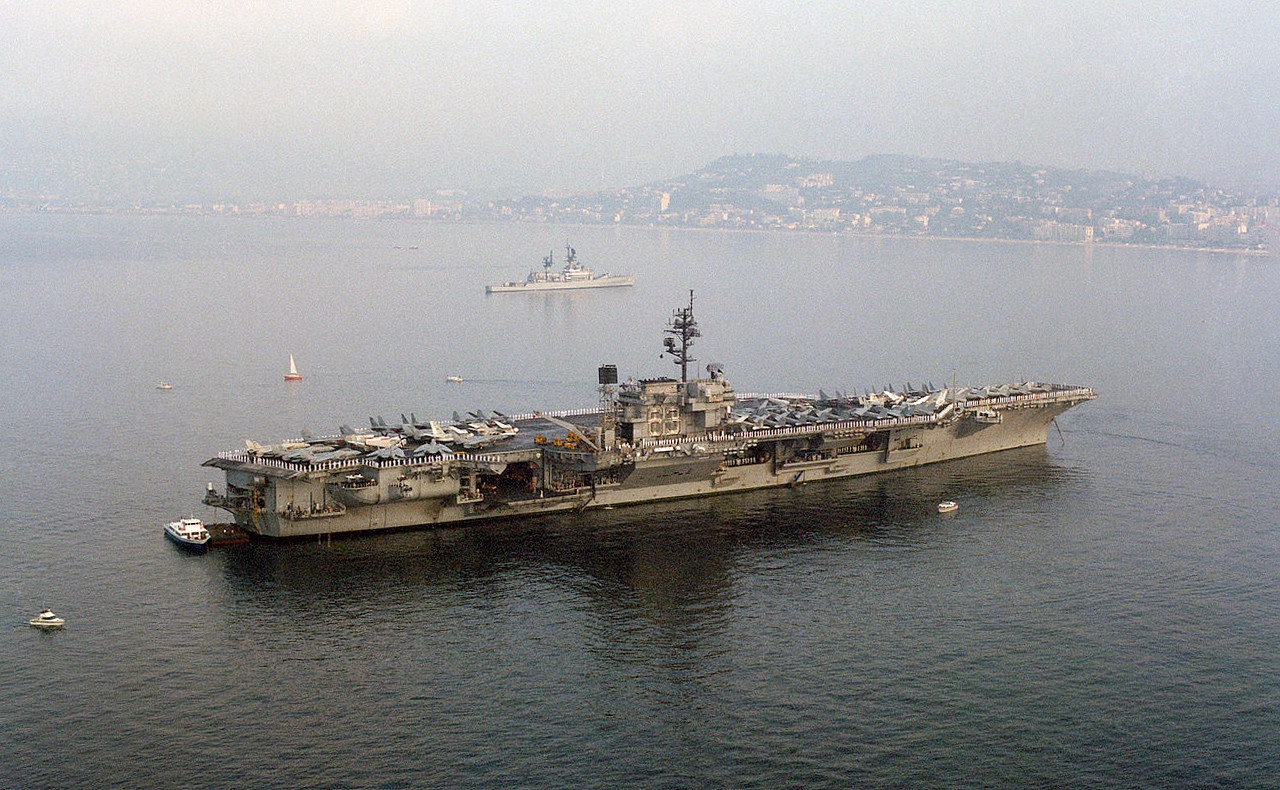 March 14, K-314 located Kitty Hawk and the chase began. The Americans soon discovered that they were being followed and did what they could to break away from the Soviets.

This cat-and-mouse game continued for a until something unexpected happened.

On March 20, due to bad K-314 lost track of USS Kitty Hawk. The submarine rose to a depth of just 10 meters to assess the situation.

Through the periscope, Captain Vladimir Evseenko was surprised to find out that the entire carrier strike group was only 4-5 kilometers away. More alarmingly still, the Americans and K-314 were heading towards each other at full throttle.

The captain gave an immediate order to submerge, but it was too late. K-314 and USS Kitty Hawk collided. 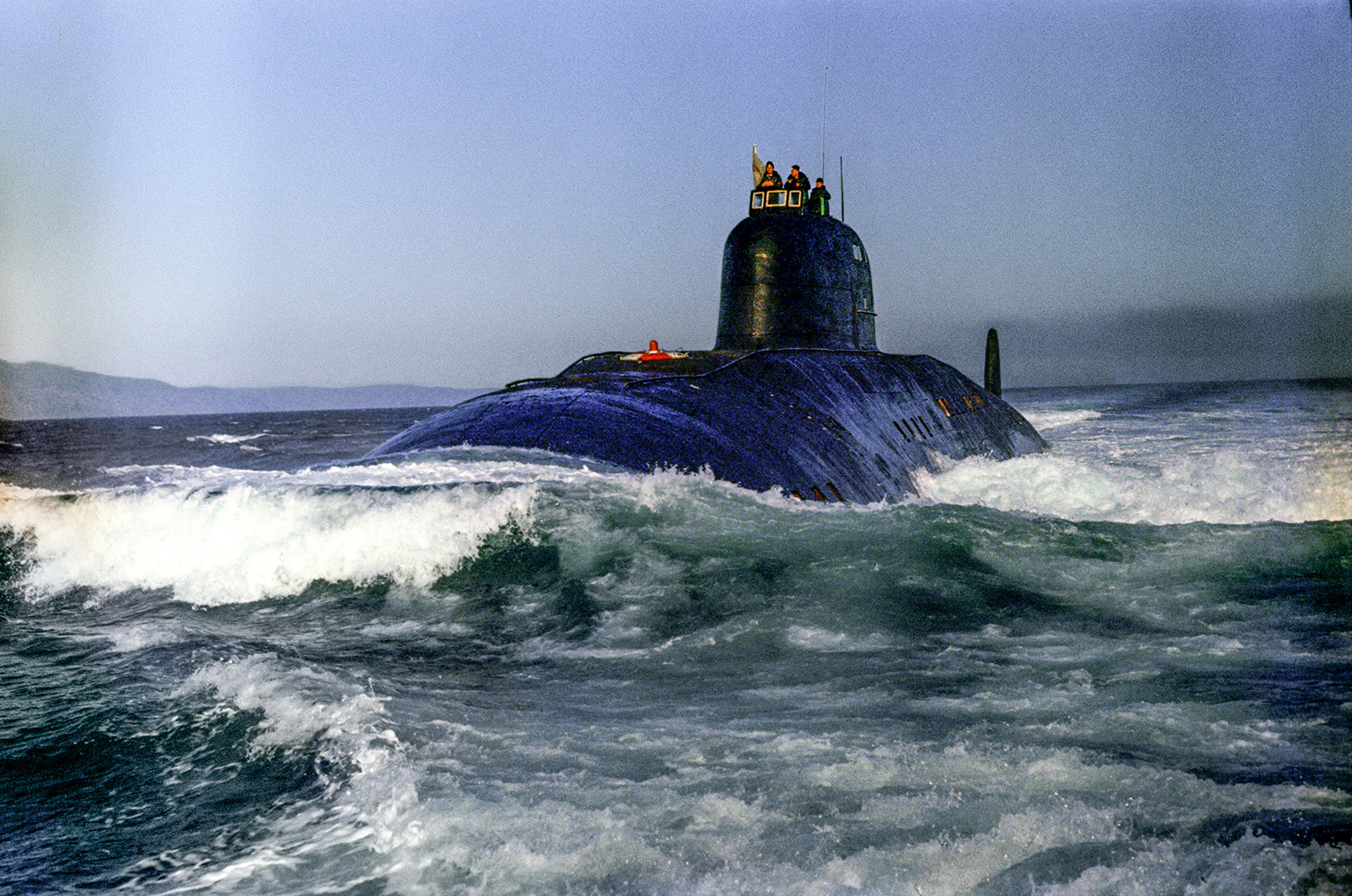 “The first thought was that the conning tower had been destroyed and the submarine’s body was cut to pieces,” recalled Evseenko. “We checked the periscope and antennas - they were in order. No leaks were reported, and the mechanisms were ok. Then suddenly another strike! In the starboard side! We checked again - everything was in order We were trying to figure out what happened. It became clear that an aircraft carrier had rammed us. The second strike hit the propeller. The first one, most likely, bent the stabilator…”

There was no other option for the Soviet submarine but to surface and show themselves to the Americans. While the Soviet sailors were waiting for the emergency tow ships, K-314 received a flying visit from several American fighter jets from Kitty Hawk, who did not waste the opportunity to inspect the Soviet submarine from above.

“We immediately launched two helicopters to see if we could render any assistance to them but the Soviet sub appeared to have suffered no extensive damage,” Kitty Hawk’s commander, Captain David N. Rogers, recalled. 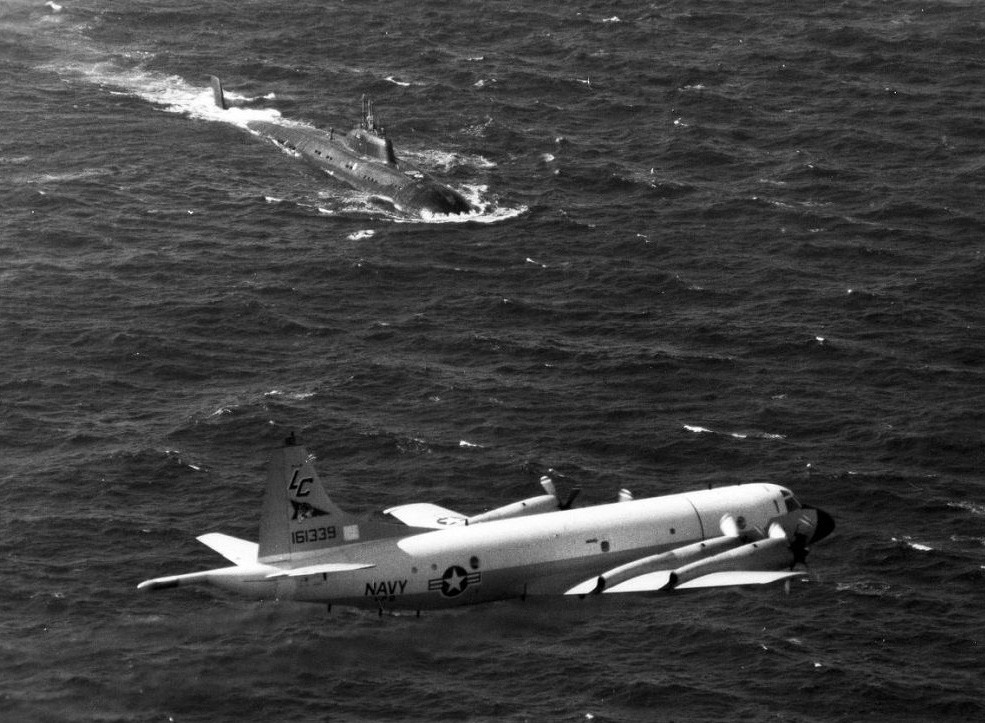 As a result of the collision, the Soviet submarine’s propeller was heavily damaged. The aircraft carrier had a huge hole in its bow, causing several thousand tons of jet fuel to leak into the sea; by sheer miracle, it did not explode.

Luckily, nor did the nuclear weapons on board the Soviet and American vessels detonate.

K-314 was towed to the nearest Soviet naval base,  escorted by an American frigate for part of the route.

For the aircraft carrier, the Team Spirit drills were over. It slowly made its way to the Japanese port of Yokosuka for repair.

The Americans blamed the Soviet submarine captain for the incident, and the Soviet Naval command concurred. Vladimir Evseenko was suspended from the post of captain and continued his service on land 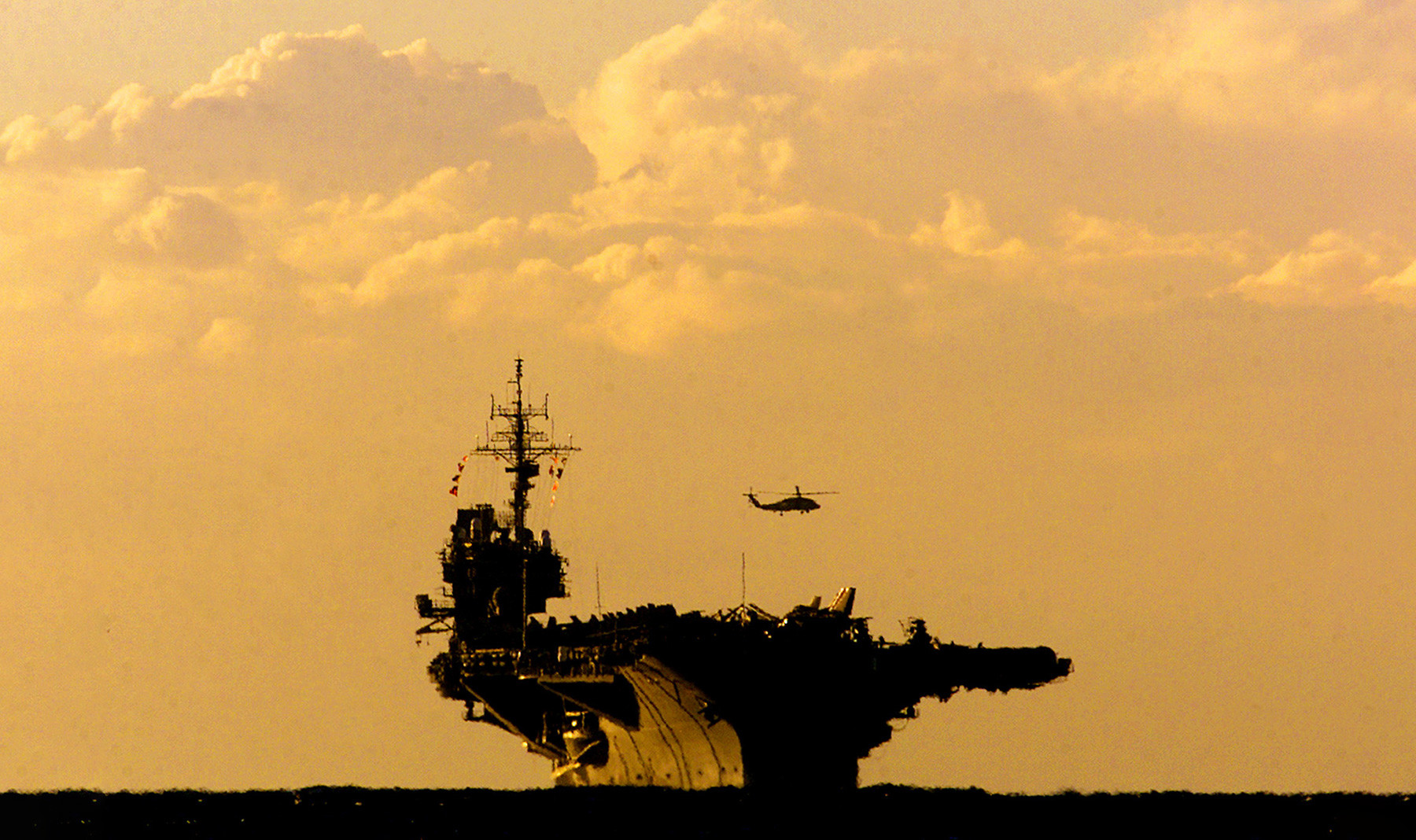 could not agree with such since the incident had caused no loss of life or the submarine itself: “Everybody was lucky. We didn’t sink, no one got burned.”

“We even managed to kick out the ‘enemy’ for a long time,” he added.