No black men in Chernobyl? Wrong! There was one 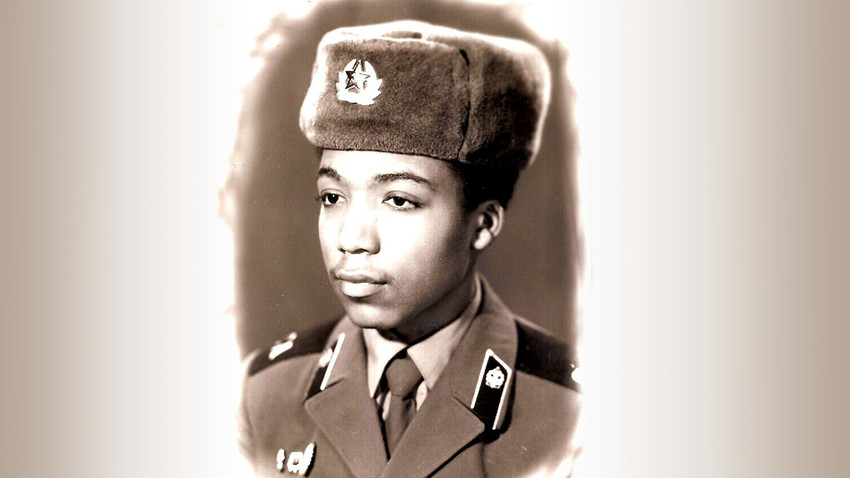 Igor ingwar Khiryak
He was a soldier whose army unit was ordered to help evacuate people from the areas nearby the plant in 1986.

A British screenwriter Karla Marie has complained on Twitter that there are no 'PoC’ (people of color) in the new HBO TV show ‘Chernobyl’ that’s right now a hot topic online. 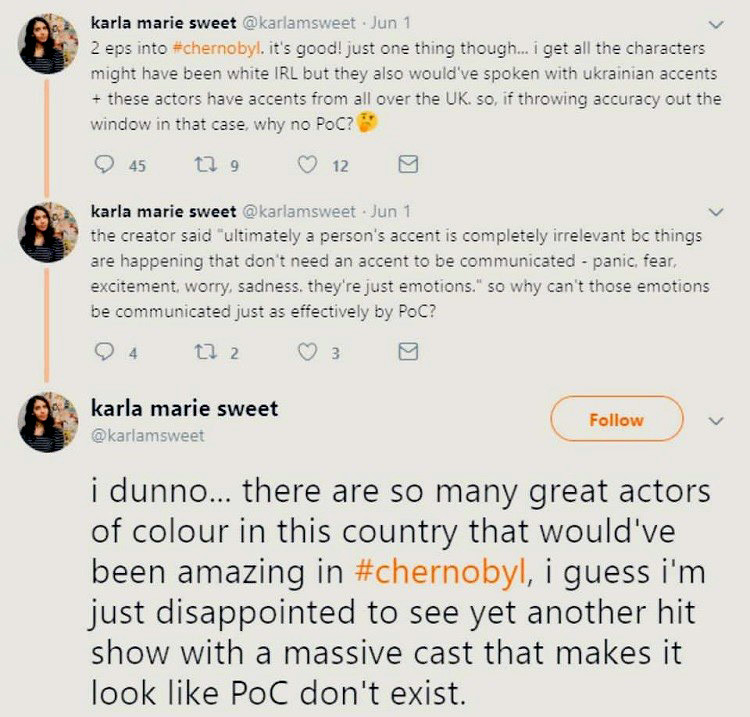 The tweet was met with sarcasm in Russia. People tried to convince Marie that it’s hardly possible that there were people of color in the Soviet province taking care of a secret nuclear plant.

However, Ukrainian website theBabel has ‘found’ a black man which was really a liquidator of consequences of the Chernobyl nuclear disaster.

His name is Igor Khiryak. According to the website, Igor was mobilized for obligatory army service at the age of 18 and joined the pontoon-bridge building brigade in Kiev in 1985. Soldiers of this army unit were eventually ordered to assist in the liquidation of Chernobyl disaster consequences. 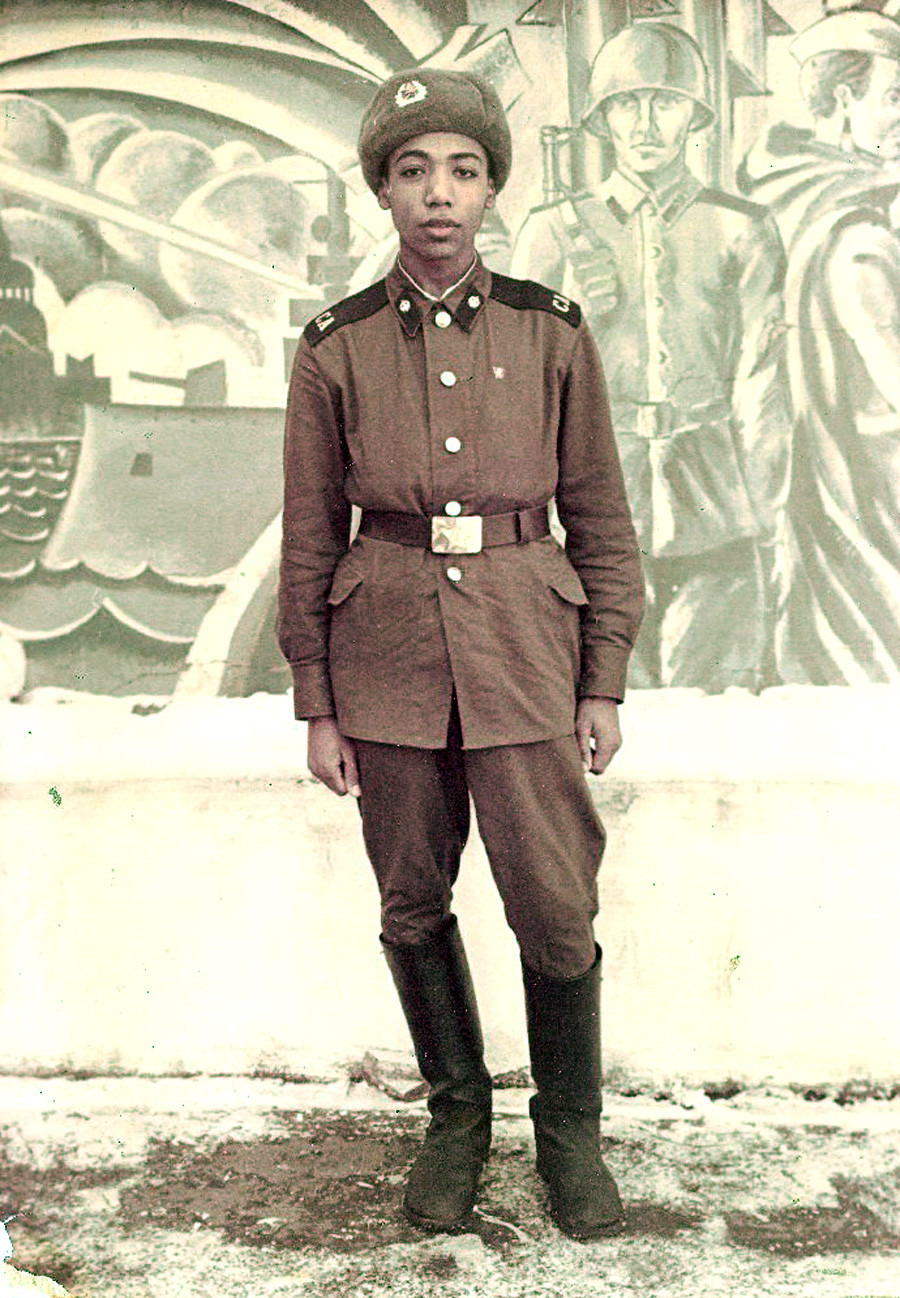 In 1986, their unit built a pontoon bridge across Pripyat River to help evacuate the town’s citizens.

Igor's account on Russian social media site VK features many photos of his time in Chernobyl, which the site says he uploaded in 2016 to commemorate the 30th anniversary of the tragedy. There is also a scan of an honorary Certificate of Gratitude that Igor received for his duty to the Motherland, signed by his army unit commander. 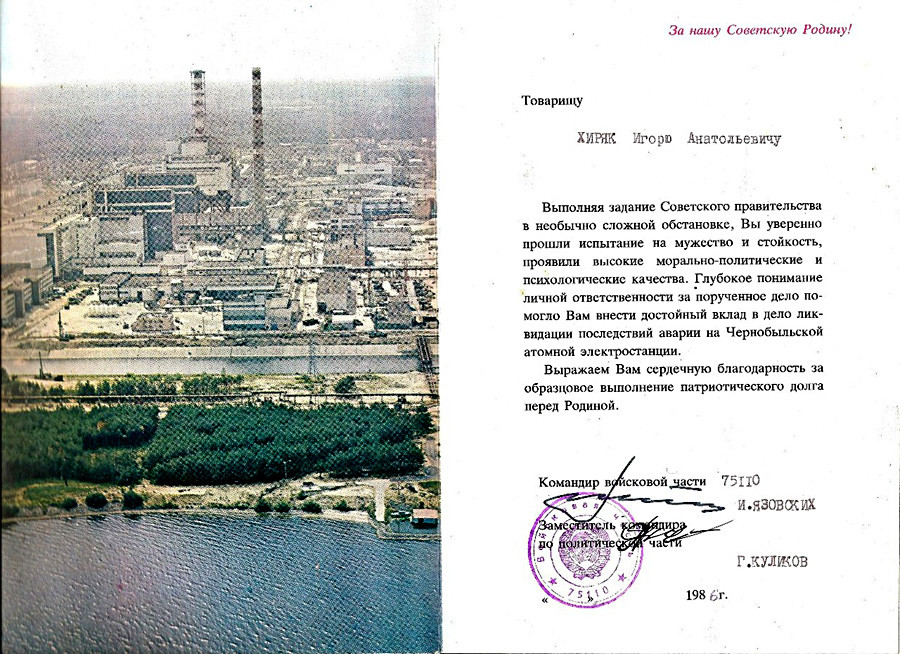 However, some online comments doubt the document is authentic - while others don’t believe his photos were actually taken in Chernobyl (there are photos with plaques of Pripyat and Chernobyl, but Igor is not featured in them, he only appears in photos with his fellow soldiers). But many do say they recognize the bridges and locations in Chernobyl in the photos and believe them to be true. 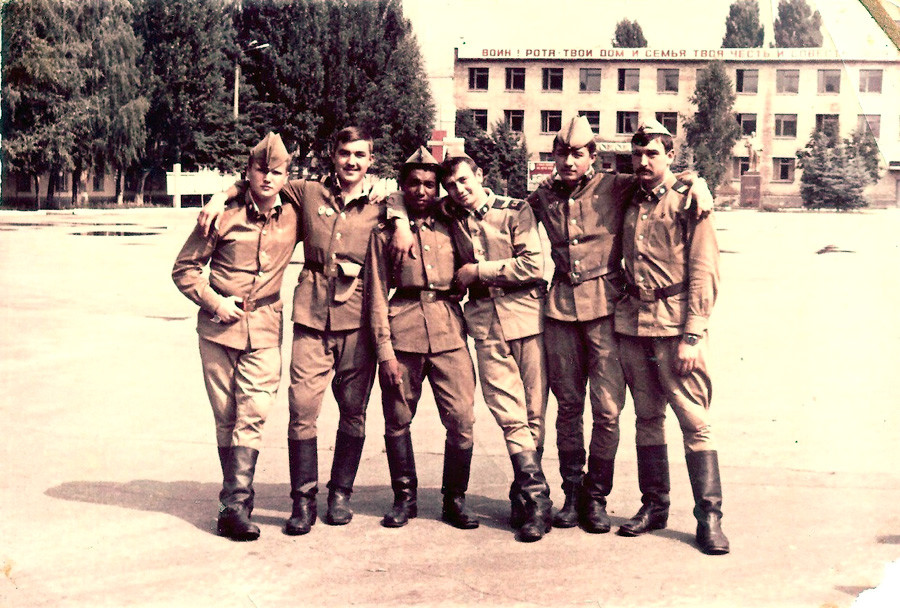 Igor now lives in Russia - in the north-west city of Cherepovets, Vologda Region. Unfortunately, Igor is not a frequent social media user. He has yet to reply to dozens of journalists’ requests for an interview (including ours). And it’s not clear whether he’s watched the new HBO show and what he thinks. Or if he even knows about his sudden fame. 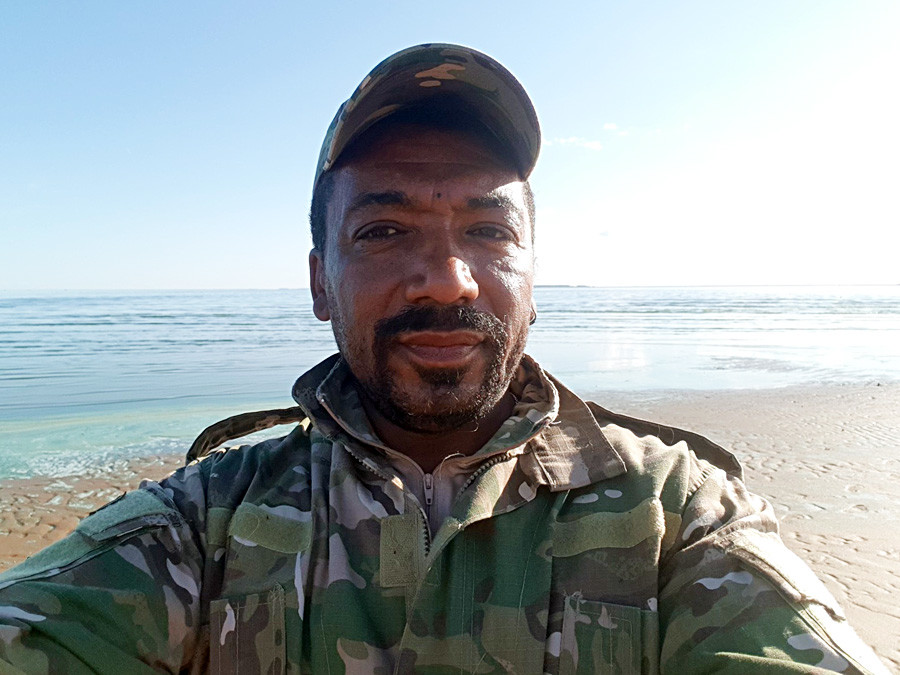