How the first skyscraper appeared in Tsarist Russia

History
Georgy Manaev
Archive photo
The roof of this house was at one point a restaurant, a strong point, and a soccer field. Mikhail Bulgakov met his ‘Margarita’ here, and Vladimir Mayakovsky visited his fiancee. Russia’s first ‘skyscraper’, The Nirnsee House.

“In 1913, when our house was built, it became one of the first Moscow buildings with a flat roof. At different times, this roof was the place for a popular restaurant, a dance floor, a movie theater,” says Gennadiy, a resident of the Nirnsee House. During the war, an anti-aircraft gun was installed and a sentry held watch – this roof was an ideal point for gunning and as a lookout.” 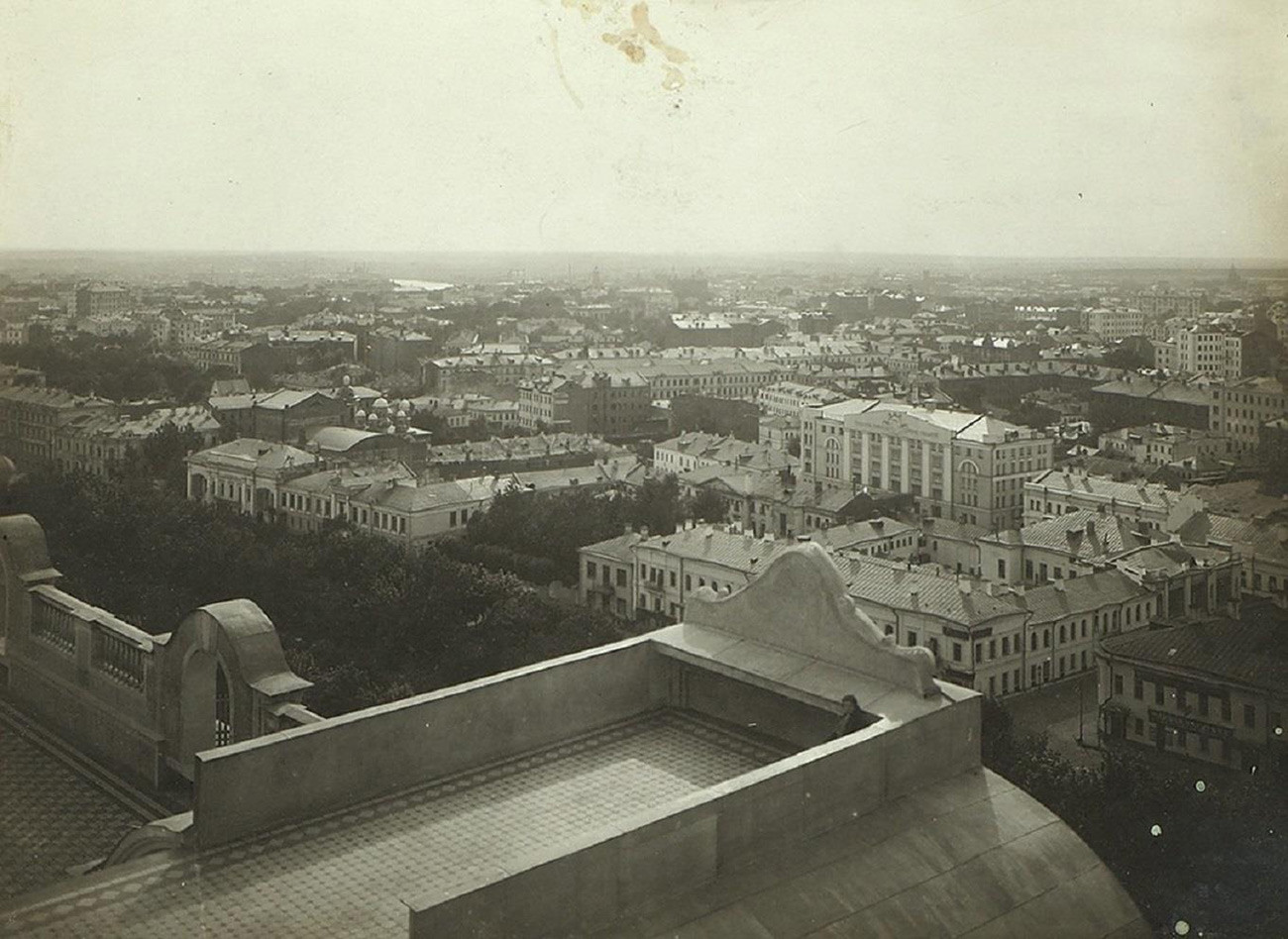 The roof of the Nirnsee House is probably the most discussed part of the building. But it’s famous for other reasons, not least because the building became to be known as ‘the first Russian skyscraper’. Although it wasn’t strictly the first. 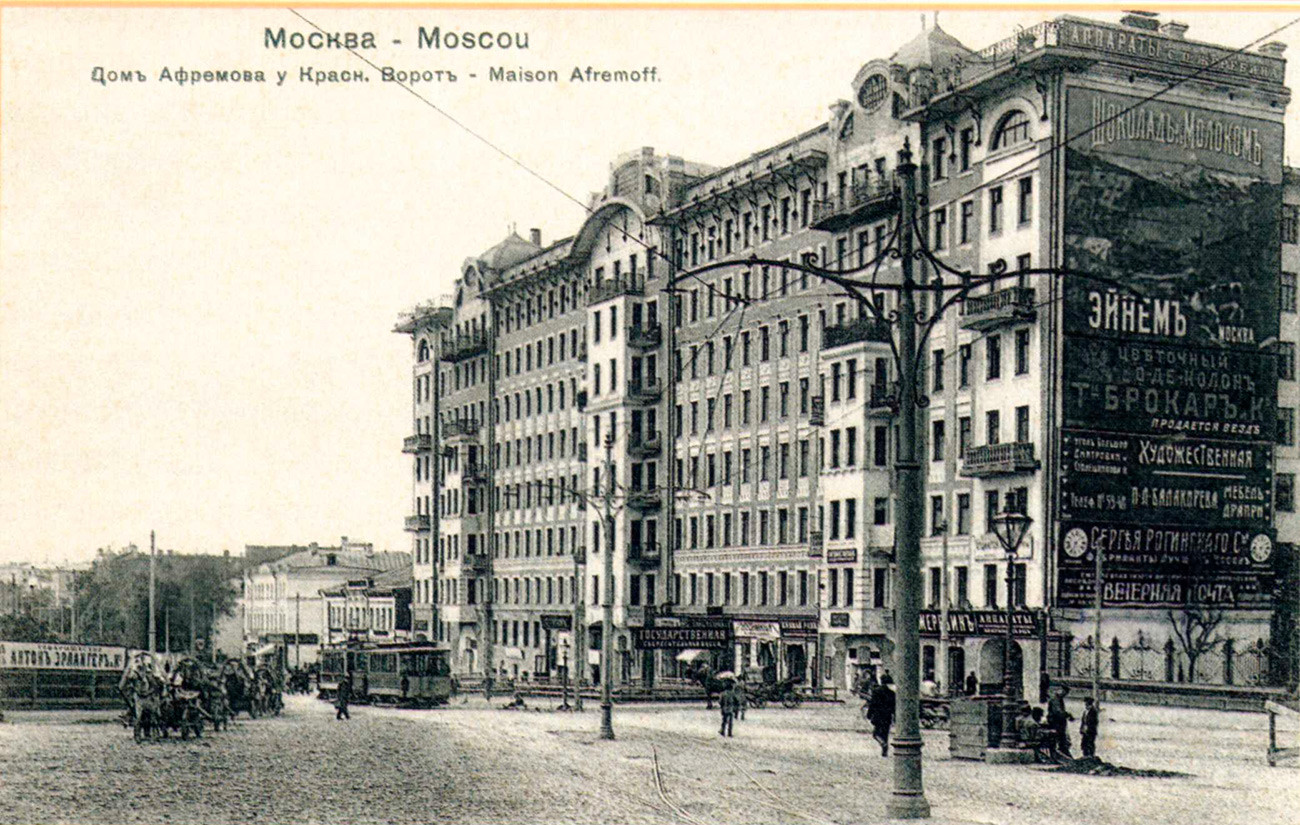 Moscow was first introduced to a ‘skyscraper’ when in 1904-1905 the 8-storey Afremov House (Sadovaya-Spasskaya, 19/1)  was built. Cautious Muscovites were afraid to walk in its proximity in case it might collapse. It was the first building to earn the nickname ‘cloudbreaker’, or, more precisely, ‘cloudcutter’ (‘tucherez’ in Russian).

But architect Ernst Nirnsee had ambitious plans to construct the tallest building in Moscow: Nine storeys and an additional level – an accessible roof, over 40 meters high. Nirnsee bought a plot of land in the very center of the city, near Tverskaya street, on Bolshoy Gnezdnikovsky lane, 10. The city government was concerned about the building’s safety and suggested making the house a floor shorter, but Nirnsee defended his project. He had a clear commercial interest to build and sell more apartments. 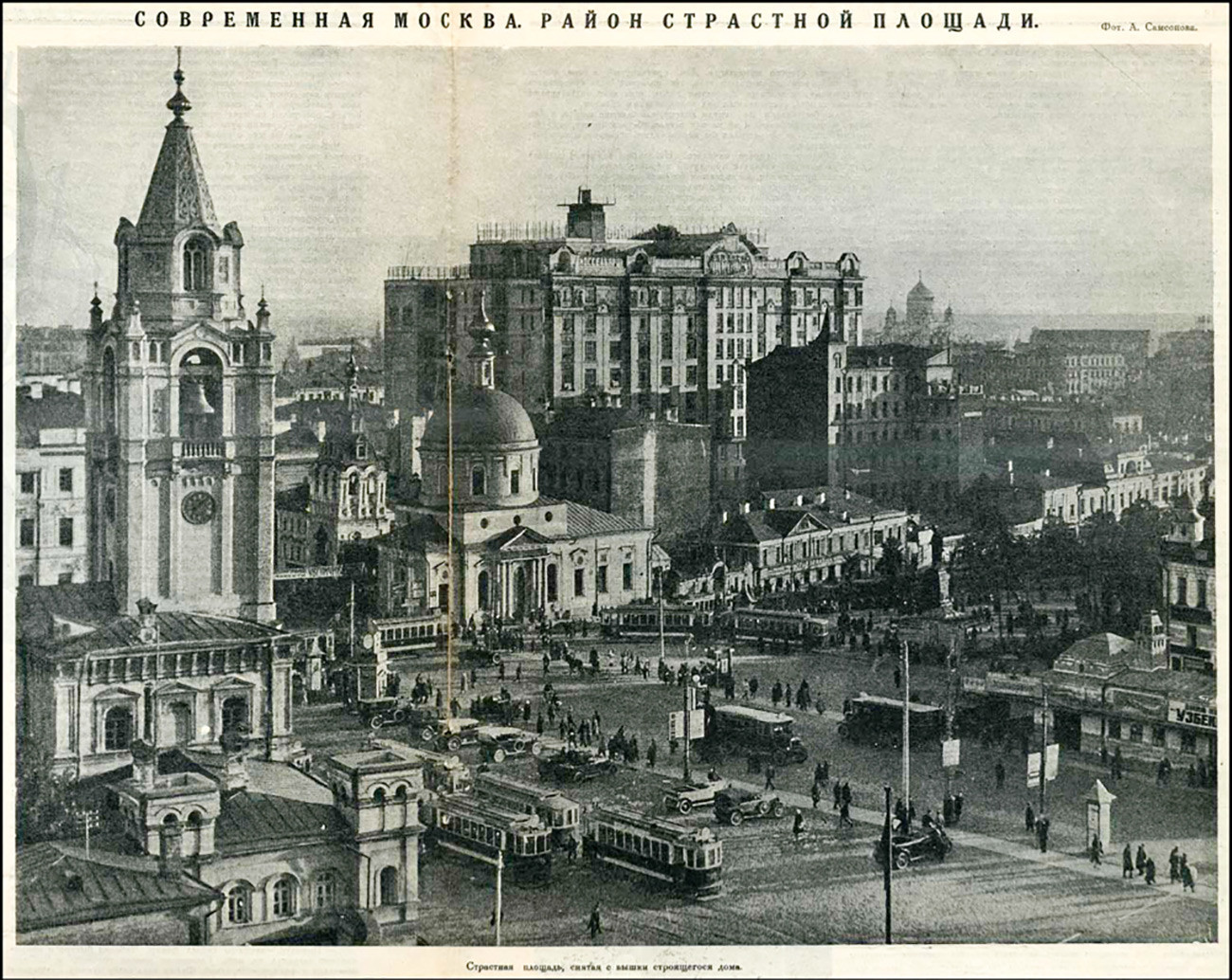 The Nirnsee House under construction. It was clearly the tallest building in the area at the time.

Nirnsee initially designed the house as an apartment block for bachelors and small families. The flats here were cheaper but smaller. A corridor system was used, with flats from 27 to 48 square meters in size, were placed like cells on either side of the corridor. The flats didn’t have kitchens: Nirnsee thought that, as bachelors rarely cook, they would rather use restaurants. On every floor, there was a place for a butler who would order food for the tenants. Also, vacuum cleaner ‘cabinets’ were installed: the hose of the cleaner connected to a cabinet with a hole in the wall that had suction power, so the tenants didn’t need separate cleaners. But the greatest novelty was the flat roof. 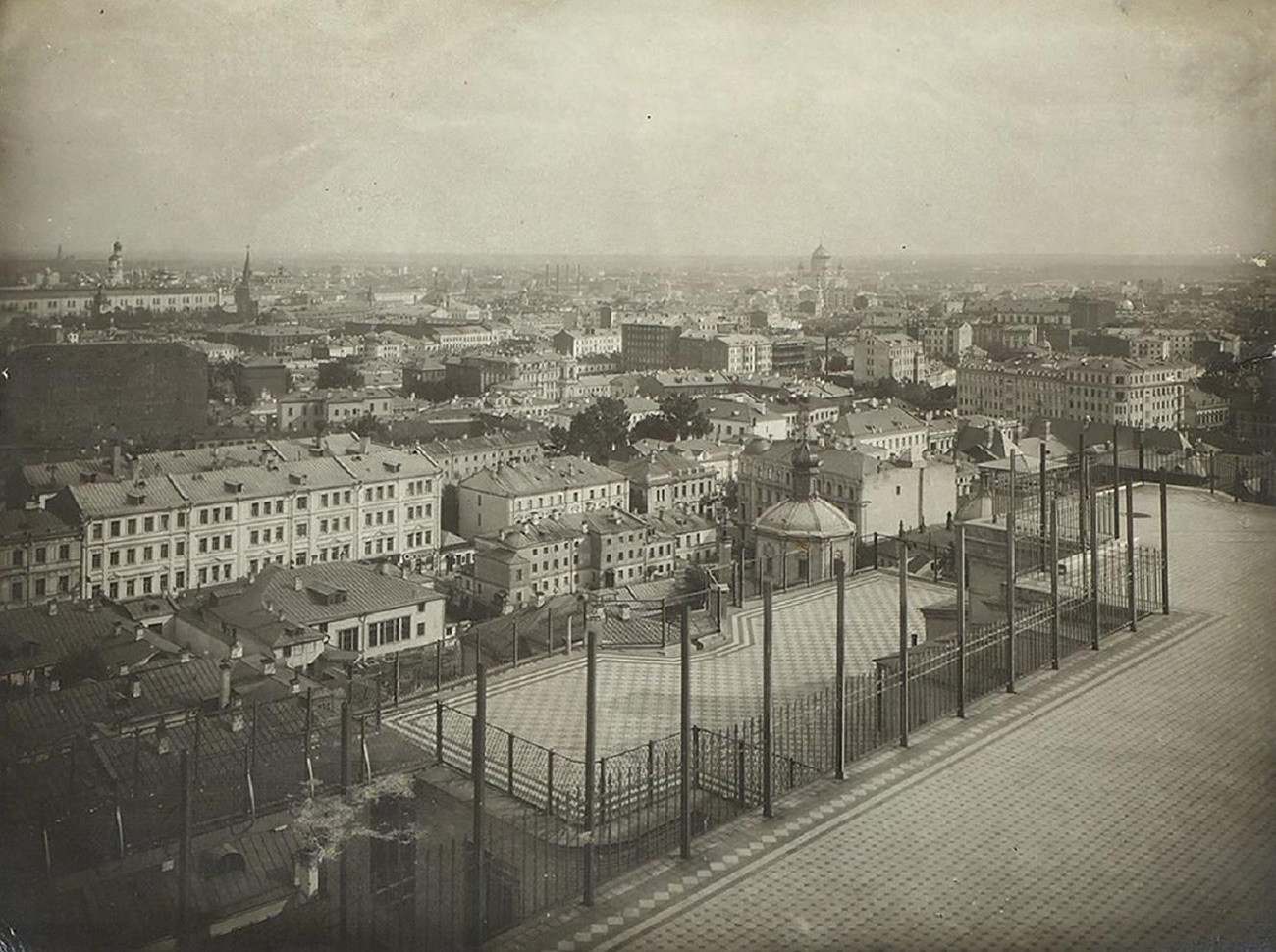 It was considered the first flat roof in the city and the views were breathtaking. “Can you believe this, I still can’t get enough of this Moscow view,” Nirnsee himself said in 1913. “Even my builders climb up here on their days off and stand here in silent contemplation for hours…” 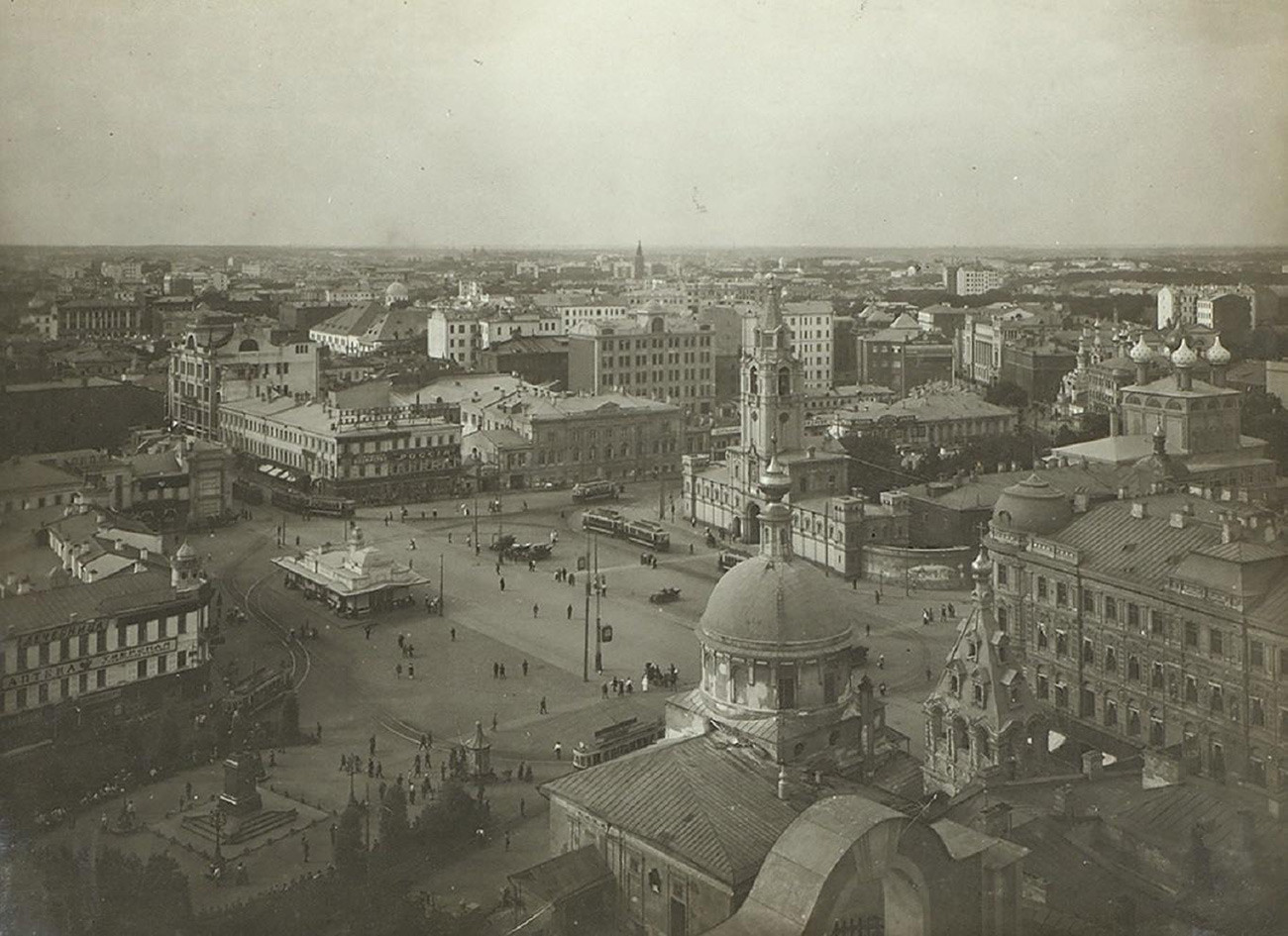 The roof was not only for contemplating – it was also set up for a range of activities: a canteen for tenants, an observation deck, a movie theater, and even a skating rink. The newspapers advertised the roof as a ‘place with mountain air’ because of its revolutionary height.

“I remember this roof was very home-like. Flower pots, children’s swings, crossbars for beating rugs… There was even a bridge from one part of the roof onto the other – so we rode our bicycles right above the street, 40 meters over the ground,” Gennadiy recalls. “And we played football here on the roof, between the two ventilation shafts. Sometimes, the ball would fall, and we’d walk miles to find it – balls were rare those days!” 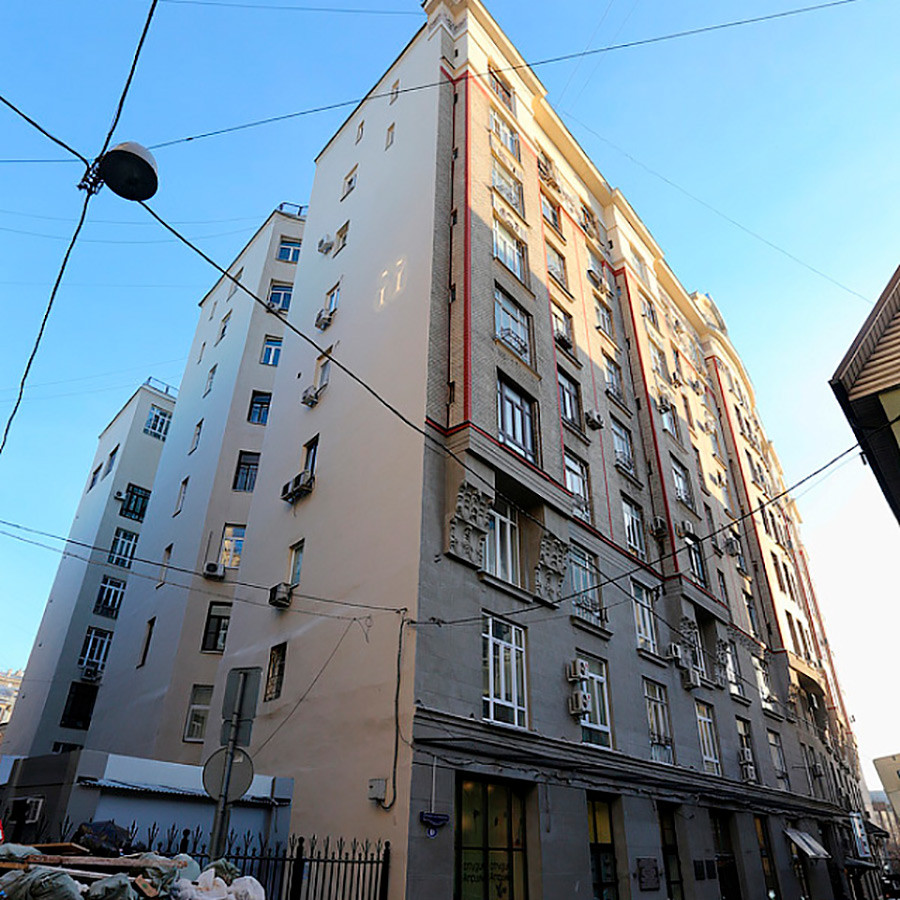 During the battles of the Revolution in 1917 and 1918, the house belonged to the White Army. The roof was an important firing point against the Bolsheviks. Upon victory, the new government gave the house to Mossovet (Moscow City Hall), which turned it into an apartment house. Since then, the house was bizarrely nicknamed ‘Chedomos’ (Chetvertyi Dom Mossoveta, The Fourth House of the Mossovet). The small apartments turned out to be very appropriate for poor people of the early Soviet times, who couldn’t afford big flats. 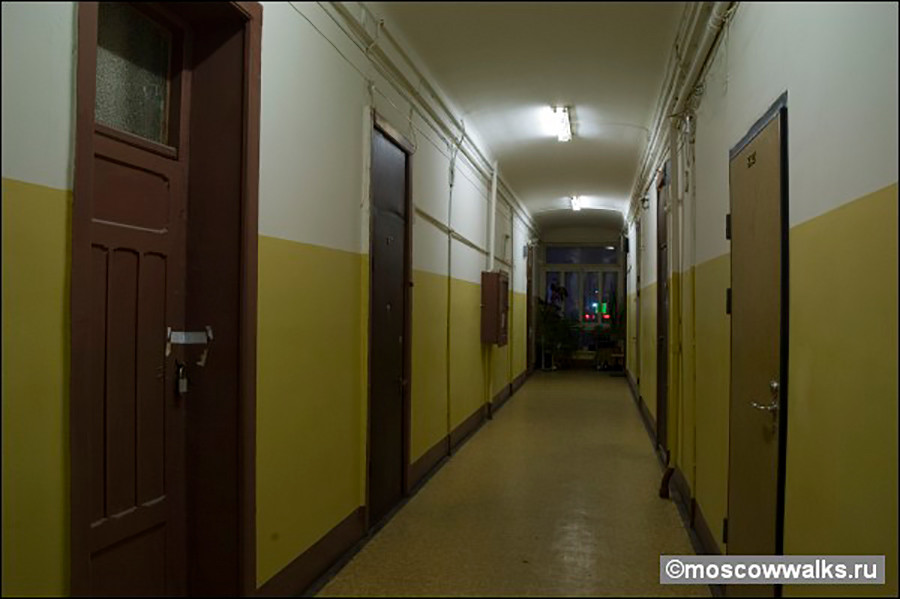 The Nirnsee House, a corridor.

Apart from flats, the house also hosted the Moscow Satire Theatre, an art restaurant called ‘The Bat’, and the editorial offices of various magazines and newspapers, frequented by famous writers. 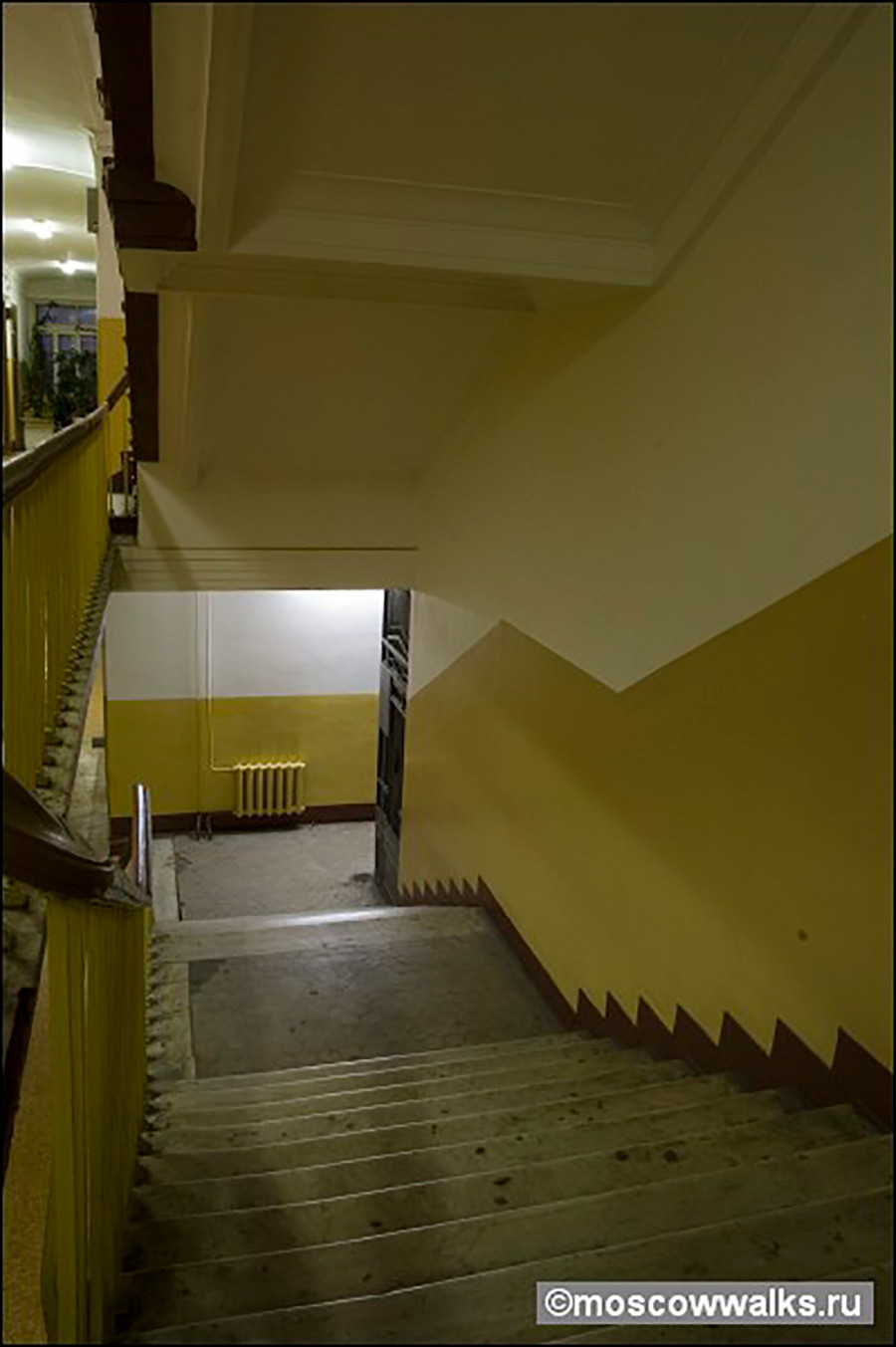 The Nirnsee House, a staircase.

Konstantin Kedrov, a poet who lives in the house, says: “David Burlyuk, a famous avant-garde poet, lived on the 3rd floor, and a lot of poets stayed at his place. Vladimir Mayakovsky often visited the 8th floor, where Sonya Shamardina, his fiancee, lived… In the 1980s, the repairmen found a piece of paper with verses mentioning Mayakovsky’s name. These were Sonya’s verses dedicated to the poet, but he apparently never read them.” Reportedly, Mayakovsky wanted to marry Sonya, but his friend Chukovsky blatantly defamed him as a womanizer, so she left Mayakovsky. 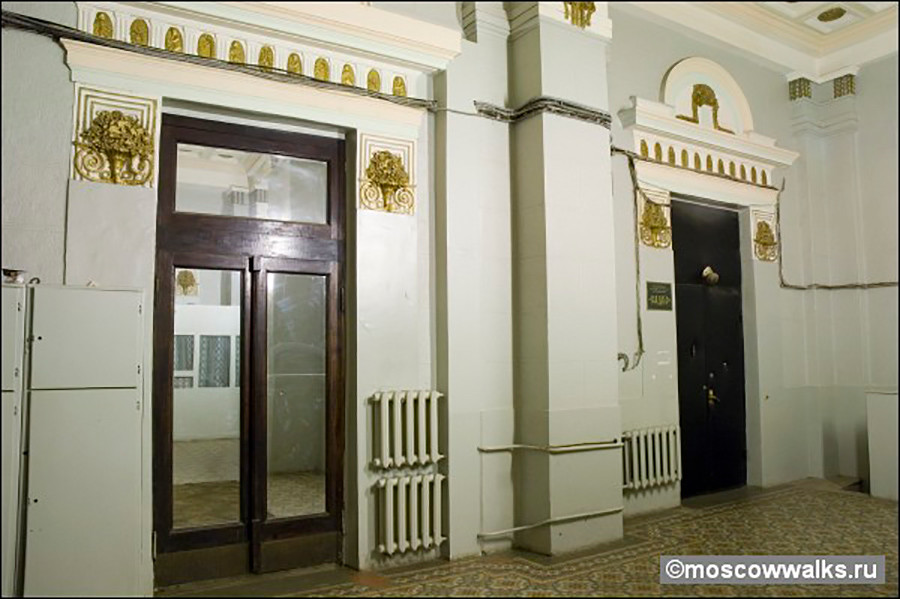 The Nirnsee House, the interior of the main entrance.

Another famous writer, meanwhile, met the love of his life here. It was Mikhail Bulgakov. Elena Shilovskaya, his wife, recalled, “In 1929, some friends of mine invited me for some bliny. I didn’t want to go, but they told me Bulgakov would be there. So when I went, we ended up seated next to each other. I had drawstrings on my sleeve untied and asked him to tie them for me. And later he said that it was sorcery, that I tied him to myself for the rest of our lives… This was fast, very fast, at least from my point of view, love to last a lifetime.” “Yes, love had stricken us momentarily,” Bulgakov recalled. “We talked as if we’d seen each other just yesterday; as if we’d known each other for years. And soon, soon this woman became my secret wife.” 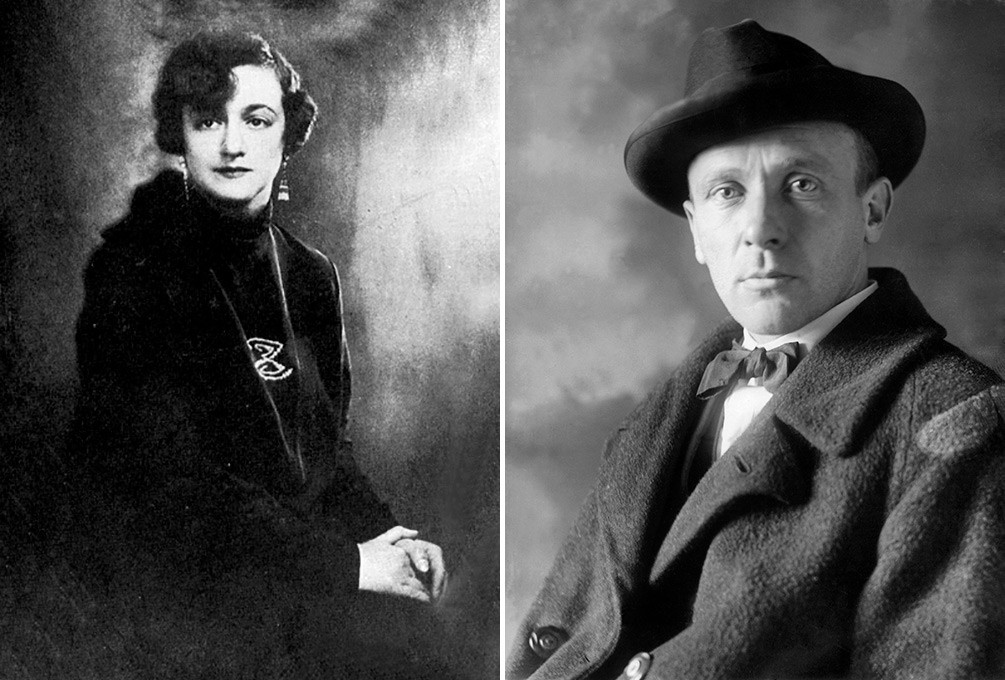 Elena Shilovskaya became the main inspiration for Margarita in Bulgakov’s timeless classic “The Master and Margarita” – and in part, we have to thank the Nirnsee house for it. 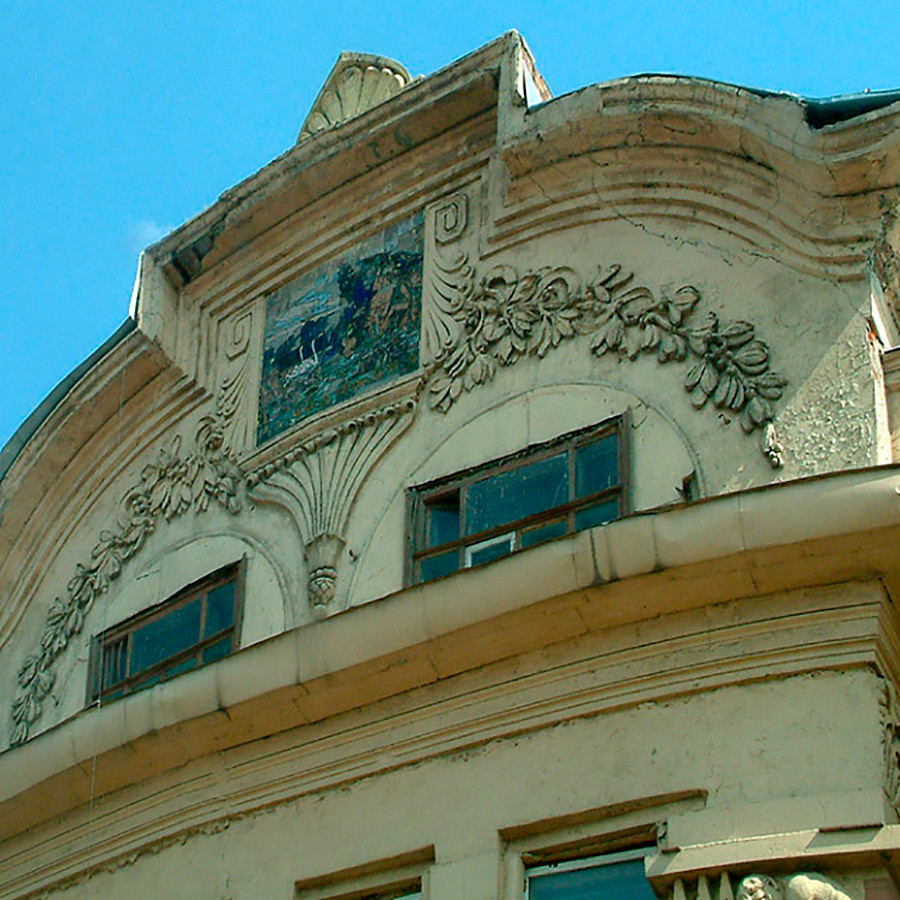 The bas-relief and a mosaic on top of the Nirnsee House.