6 places Brits can feel at home in Moscow 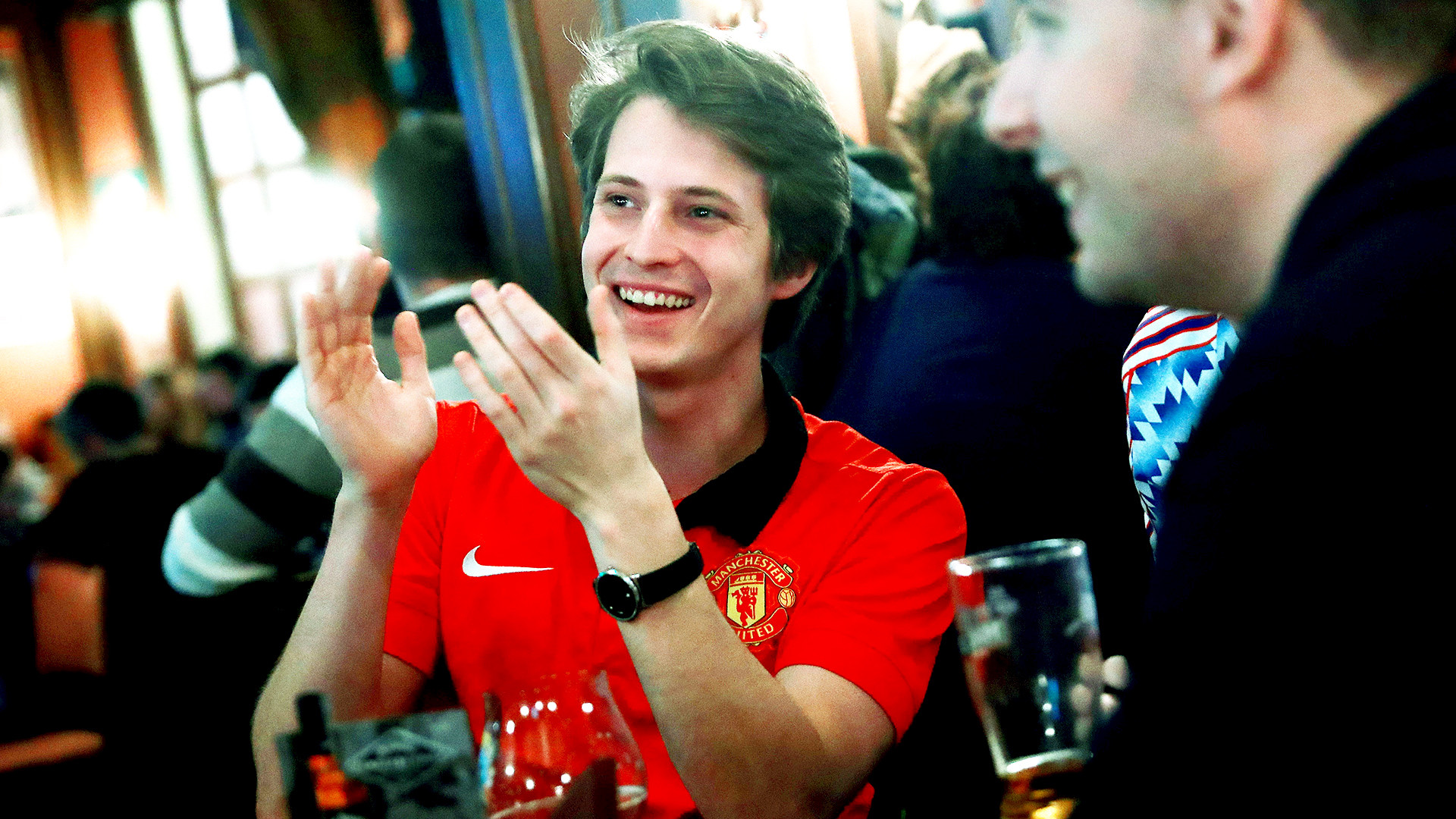 Sergei Fadeichev/TASS
It is sometimes said that Moscow is a city that “doesn’t believe in tears”. For us Brits that is small comfort when all we want is a glass of Ribena and marmite on toast. If you’re feeling a little homesick, don’t despair! There are some places in Moscow that’ll transport you back to Blighty in no time. 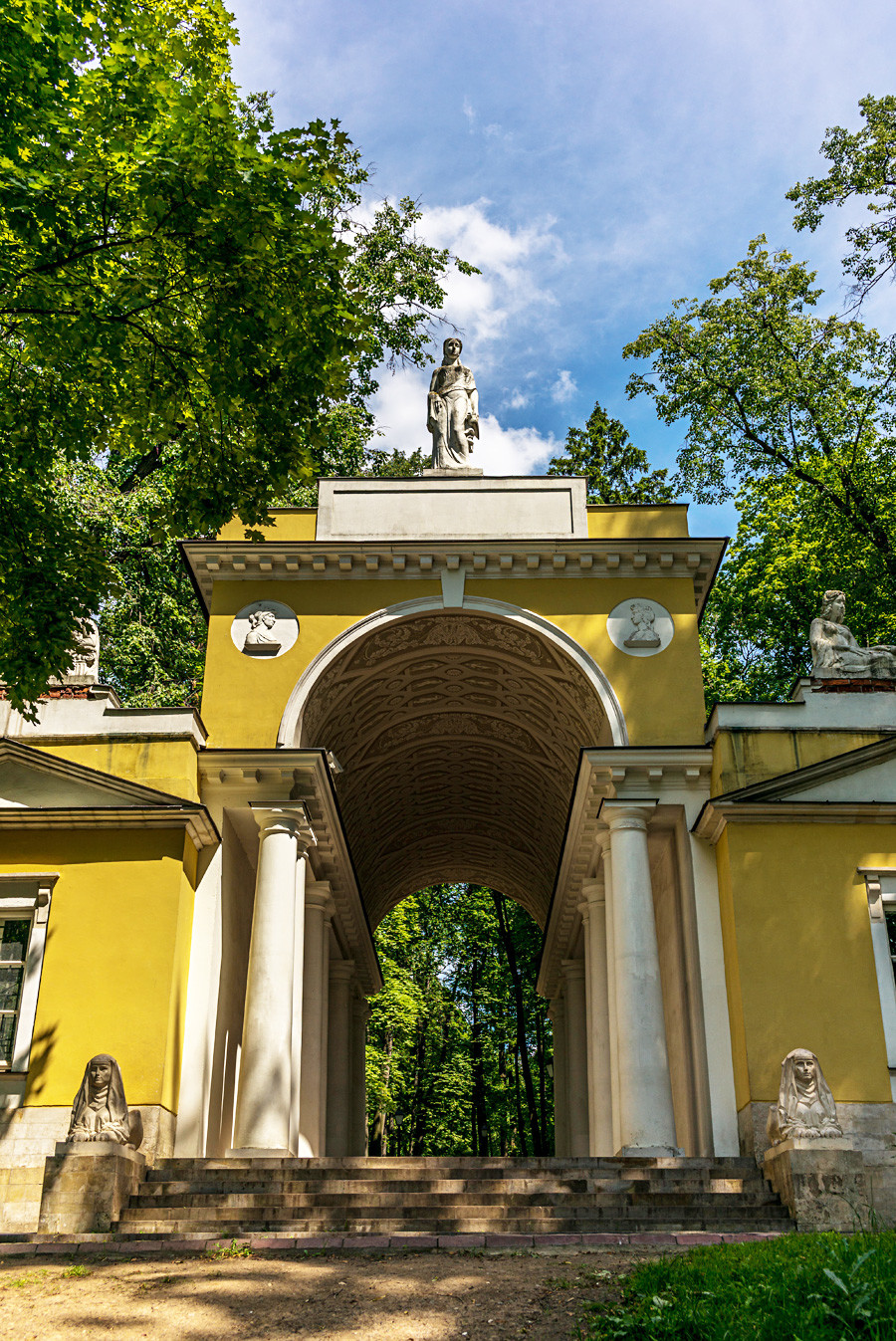 Getting to the park couldn't be more Russian, so try to enjoy the contrast - the dusty train station, a jungle of Soviet-era kiosks and Tchaikovsky on the loudspeakers... press on, my good fellow, English tranquility awaits! The palace at Tsaritsyno is a must visit, but it's the park behind it that we're interested in.

As any Tom, Dick or Harry will tell you, good things come to those who wait. Such wisdom does not appear to have made it to our friends visiting from the East, so in order to get away from the flocks of tourists set your sights on the lake and walk along its bank. You'll soon find the numbers thin to a trickle of locals as you make your way around the water.

Certainly, this is a park that Capability Brown himself would . With its radiant yellow pavilion, mock-Roman ruins and shady avenues of beautiful linden trees, Tsaritsyno Park is unashamedly English in style.

If you can ignore the frightfully tasteless paving and fizzy drinks for sale, you will find that Tsaritsyno is far more "Pride and Prejudice" than "Crime and Punishment". 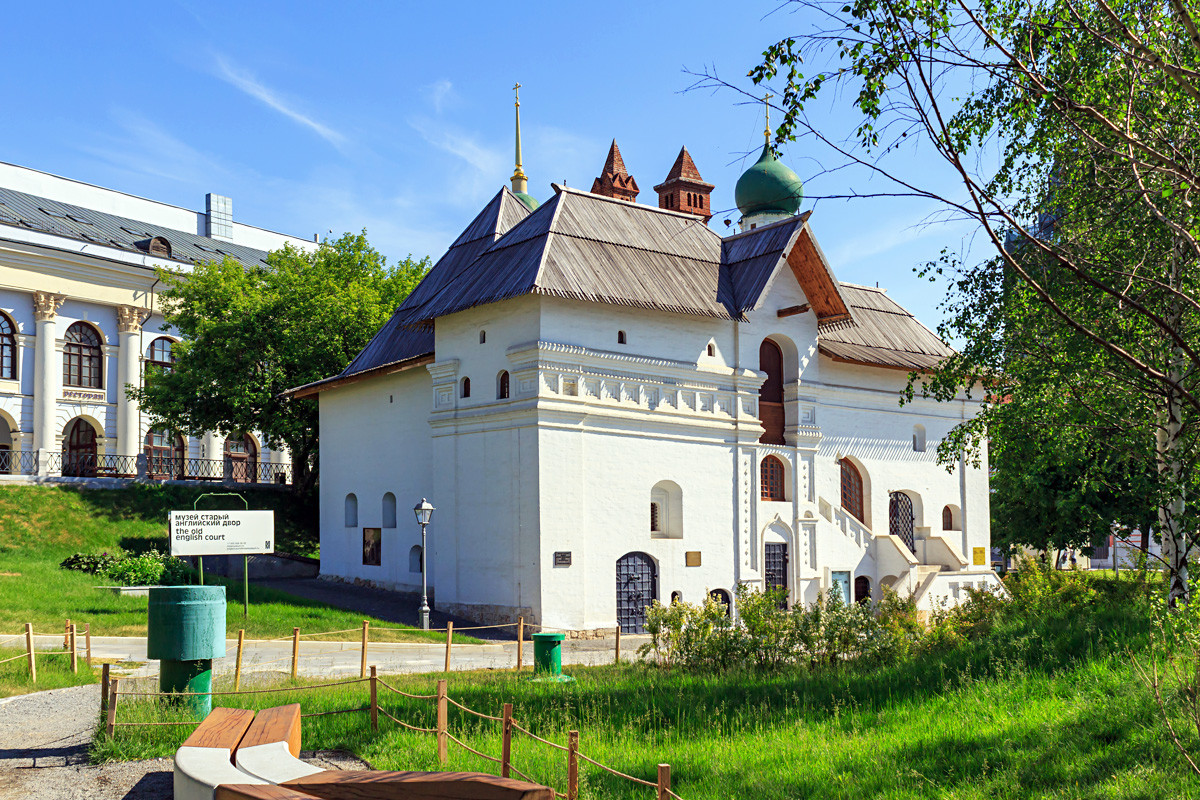 here is a building that every Brit in Moscow should know. The Old English Court was home to the Muscovy Company, a group of British merchants that did a roaring trade with Russia centuries ago. The founder of the company was Richard Chancellor and it is impossible to underestimate the impact this trade had on the world. Russia supplied England with everything she needed to build the Royal Navy, while the guns and ammunition heading the other way facilitated a great many victories for the Russians throughout the 16th century. Who knows what might have been if Chancellor had, like many others on his expedition of 1552, been shipwrecked and not made it to Arkhangelsk.

The importance of the company is made all the more apparent by the fact that it sits in the shadow of the Kremlin. There is such a tremendous sense of history about the place that any Brit is bound to feel a strange sense of pride and closeness to those brave compatriots who first came to Russia. Ridiculous as it sounds, there is an atmosphere that is somehow familiar. 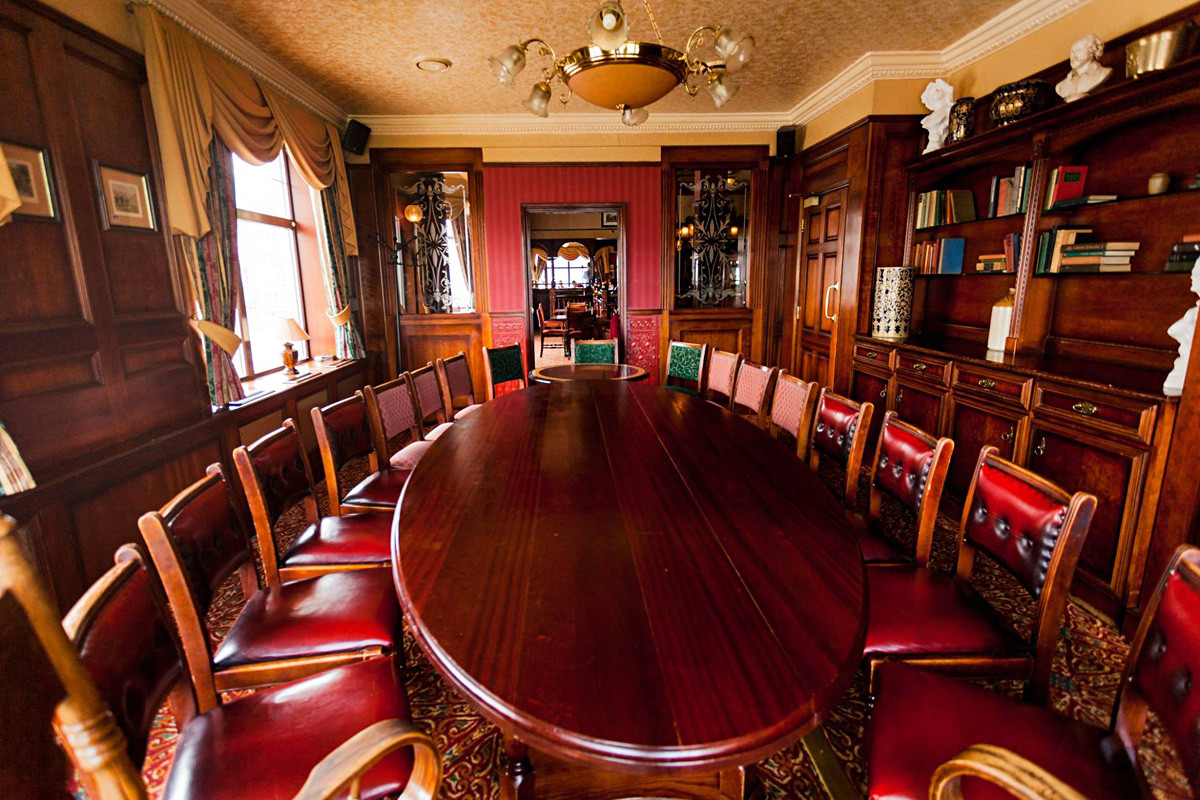 I'm loathed to include any of the 'British Pubs' in Moscow. Try as they might, they are not able to capture the essence of a British pub.

But there are two that I do enjoy. The John Donne on Nikitskiy is the more pleasant, both for its location and its atmosphere, but it is too much of a bar to be a pub. The second, the John must be considered Moscow’s champion impersonator of the British public house.

Scantily-clad waitresses and rock music aside, there is something of a provincial pub about this place. The choice of beer is not especially interesting, though better than most; the number of televisions playing sport is about right and if you find yourself sitting at the bar when the music quietens down a little, you might actually forget you're in the Russian capital and start talking about the weather to the bemusement of the barman.

Most important of all, however, there is the actual possibility on a Friday evening (by a small ledge at the pub’s entrance), you might hear a sparkling array of familiar accents from any number of our great counties. 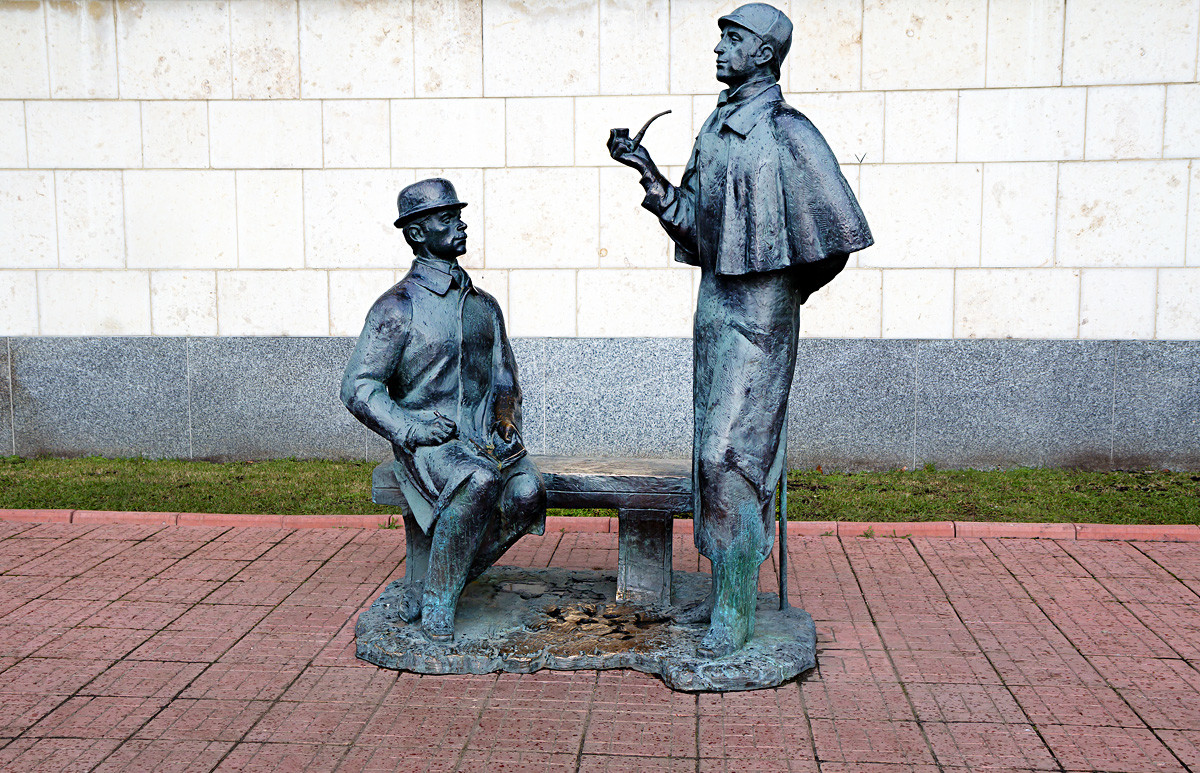 The respect that we Brits have for the giants of Russian literature is not a one-way street. Few of us back home appreciate quite how much Russians love our writers - 'Vinnie Pookh' is an absolute classic, '' is everywhere, 'Garry Potter' the same - but perhaps the greatest name for Russians is he that lived on Baker Street - 'Sherlock Holmes' - and there's a monument by the river to prove it.

A hop, skip and a jump from Novy Arbat and you'll find the great detective himself, the ever-loyal Watson scribbling notes and a profound sense of nostalgia mixed with pride as you think of just how much Conan Doyle captured the imagination of the Russian people.

Sit down on the bench between the two of them and imagine you're on the banks of the Thames (Battersea Park, perhaps), you'll soon feel yourself right at home... Elementary my dear Watson! 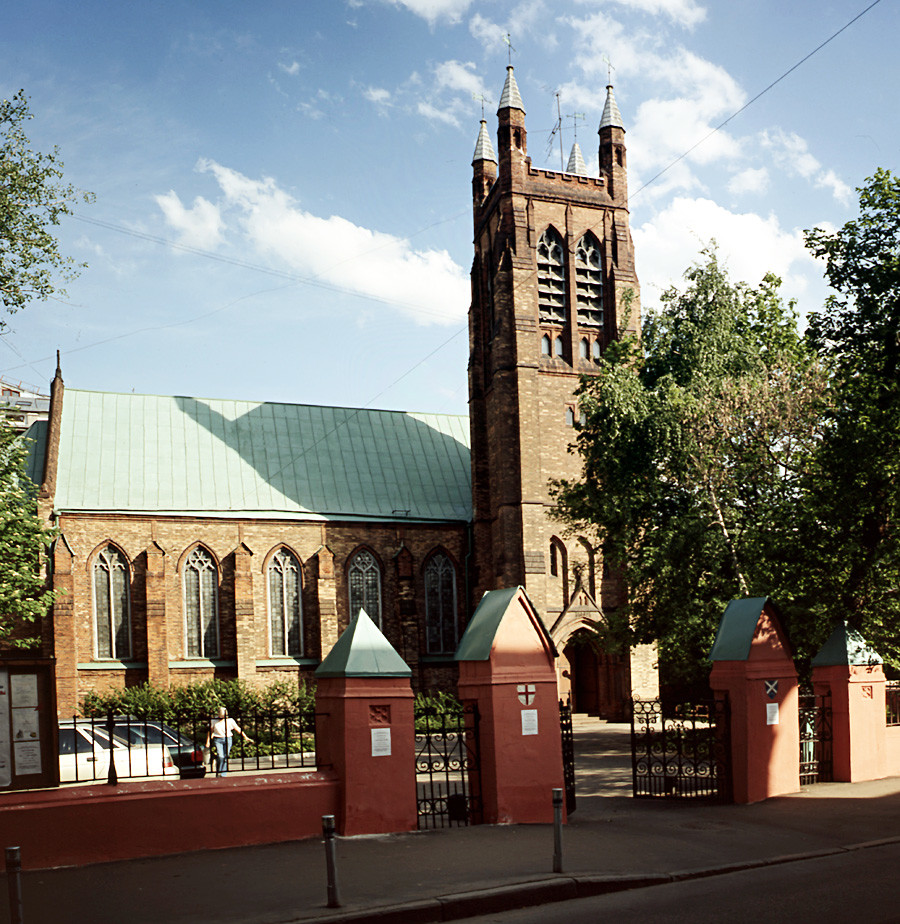 The Anglican Church on Voznesensky Lane stands as a reminder that it was not so long ago that an influential British community lived in Moscow. As you walk down the lane, away from some of Moscow’s busier streets, try to imagine that you are in rural Wiltshire (I'm not saying it'll be easy) and when you turn and face the Church itself you may find yourself transported back to Blighty, if only for a moment.

the entrance hall as you walk in (the door might be closed but don't be nervous, friendliness lies inside) - the exposed red brick is about as English as it gets. Further in, things become less familiar. The hall is, of course, too large for the number of visitors it gets but the scene is made all the more ridiculous by the brightly art on the wall that suggests a failed effort to tempt in a larger congregation. The numbers showing the hymns is about the only thing that you will . The covers of the hymn books, however, you may not, "Book of Worship for United States Forces" - an appropriate alliance in the heart of Moscow, it would seem.

My advice would be to sit outside and enjoy the architecture. Richard Freeman did a good job of celebrating British-ness in Moscow with his Gothic church but it is beginning to look a little shabby. The scaffolding on one side serves as an appropriate metaphor for what we all hope will be happier times ahead! 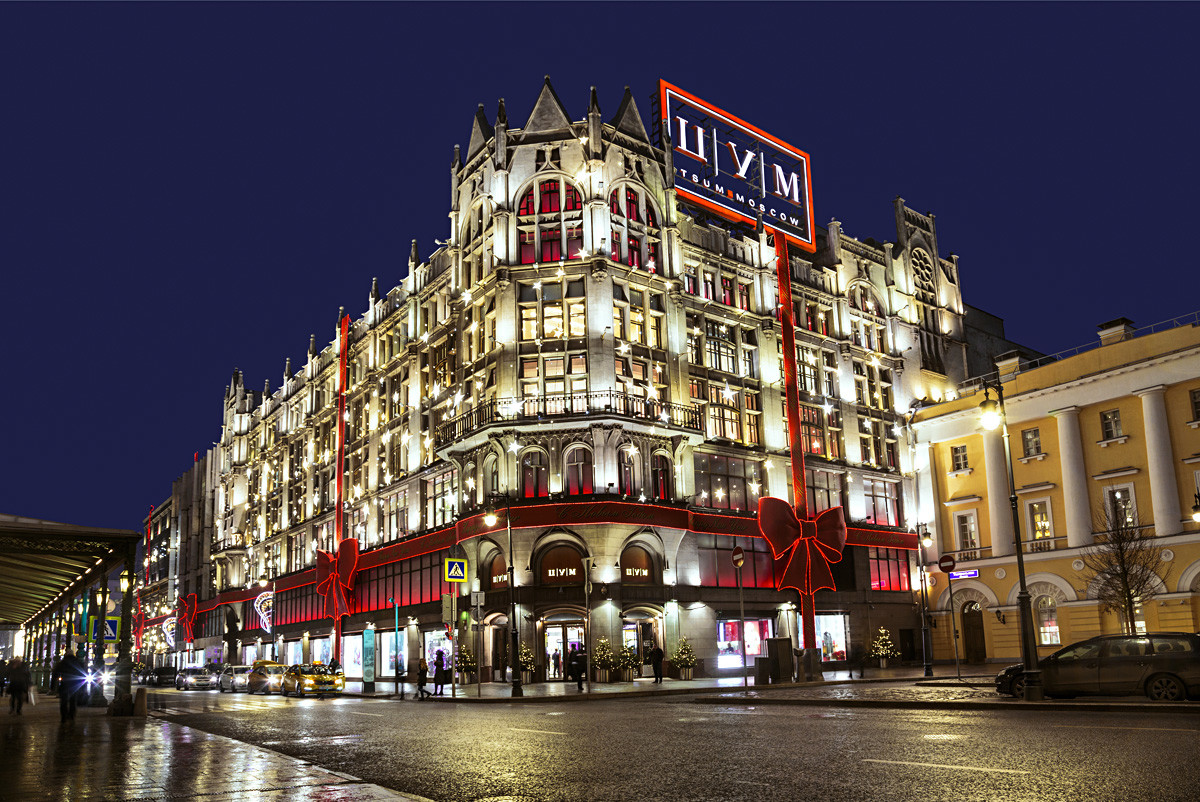 You may not think that standing next to the Bolshoi Theatre would be an obvious place to feel at home in Moscow, but bear with me. A quick around the corner and you will see the world-famous TsUM department store - everybody knows that. What you might not know, however, is that this building was founded by a couple of industrious Scots, Muir & Mirrielees. Now each time you walk past the intimidating displays and the fleets of black German cars, don’t fret about the shabbiness of your shoes or the fact that you need a new belt. Instead, take heart from the fact that it was two Brits that created Russia’s most pompous shop. You might even find that the building itself becomes a little friendlier.

Before you leave Teatralnaya Square, you might just take a quick look over the road. Another pillar in the temple of Moscow’s elite, the Hotel Metropol. Any sensible chap would see the impossibly cool art nouveau style and frighteningly expensive menu and run a mile. Before you do, though, don’t forget the name of the architect - William Walcott - as British as the day is long... Well, his father was.