Why did a Soviet MiG-23 accidentally kill a Belgian farmer? 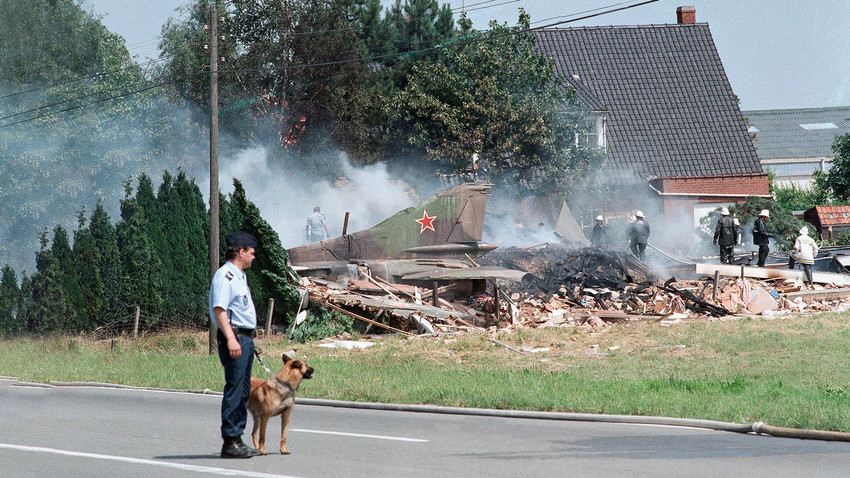 The tail of a Soviet MIG-23 combat plane rises from the rubble after it crashed into a house in Wevelgem near the French border, July 4, 1989.

AP
What are the odds of a pilotless fighter jet that took off 1000 km from your country suddenly crashing through your roof?

July 4, 1989 was expected to be an ordinary day for Col. Nikolai Skuridin, an experienced pilot of the Soviet Air Force. Skuridin, who had just returned from vacation was performing a test flight over Poland (back then a Soviet ally). But all went wrong soon after he took off in his MiG-23 fighter aircraft from the Bagicz Airbase near Kołobrzeg.

A 1,000 kilometers west, in Western Belgium, a 19-year-old man, Wim Delaere, also expected to have an ordinary day on the farm where he lived.  It would turn out to be his last, unfortunately, as Skuridin’s jet would crash right into his farm and bury Delaere under the ruins.

A mind of its own

As Skuridin took off, the engine's afterburner broke.  Skuridin interpreted it as an early sign of engine failure, and informed the dispatcher of his decision to eject, receiving a confirmation. Skuridin acted according to instructions and safely ejected the aircraft. What followed was an unpredictable turn of events.

With Skuridin out, the engine returned to normal, the altitude stabilized,  the aircraft went into autopilot and continued on its course, heading west. Ground control’s hands were completely tied and they could do nothing to change the situation. 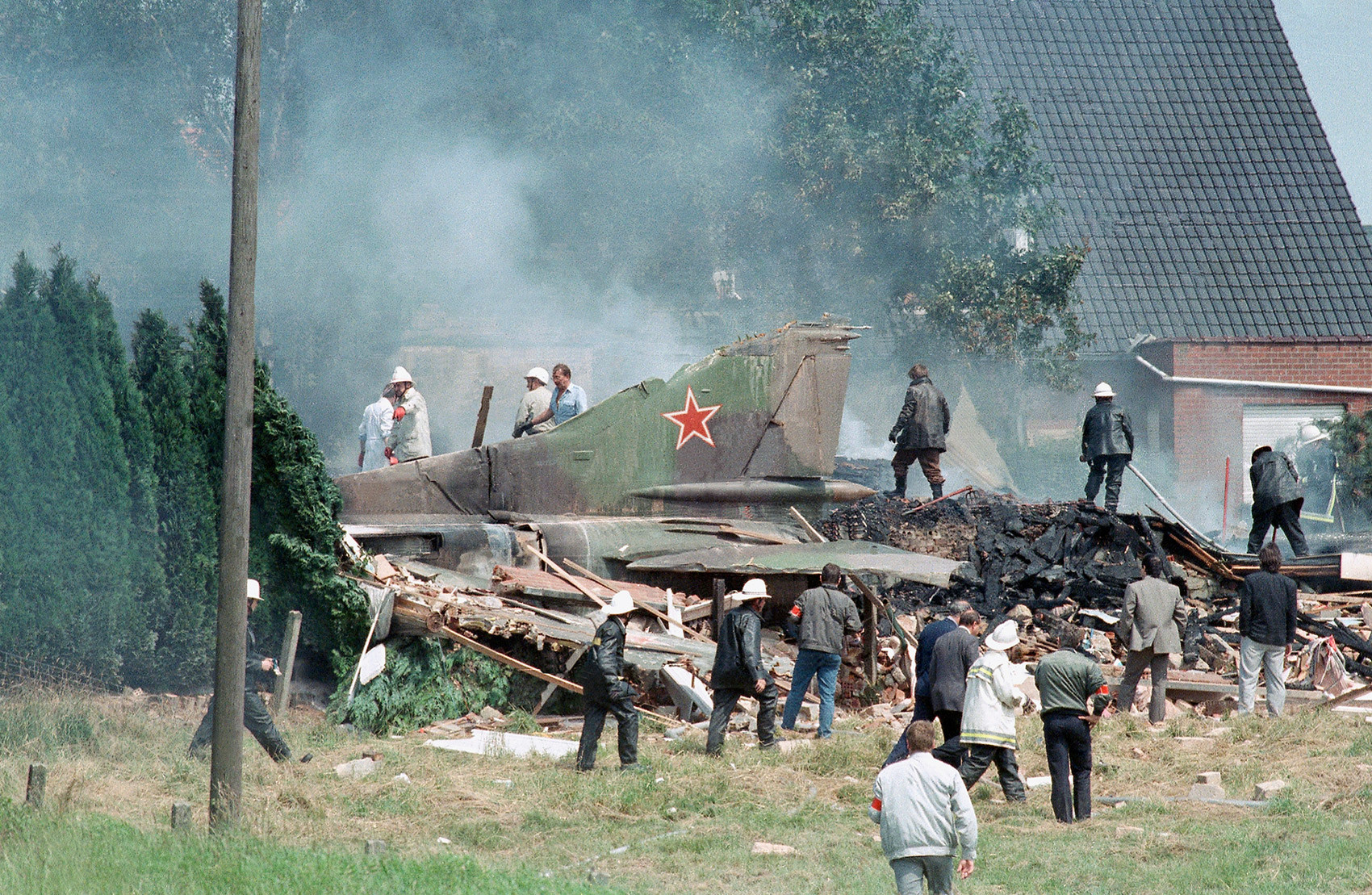 The pilotless MiG-23 crossed the airspace of both Poland and the German Democratic Republic without any problems – the systems, after all, recognized the jet as “allied.” But even when it crossed over into West Germany, NATO fighter pilots, discovering the jet was pilotless, still decided not to shoot it down.

“When the American fighters saw that the Soviet jet was not armed with offensive weapons like nuclear bombs, they let it keep on flying, hoping it would crash in the English Channel,” The New York Times wrote that day. They had a point, as the lonely and desperate MiG was flying over densely populated regions of Germany, the Netherlands and Belgium – if they had shot it down, the wreckage could cause mass destruction and untold casualties.

Nevertheless, the risk remained that the jet would fall onto the French city of Lille, so the NATO fighters were preparing to shoot it down. The MiG, however, lost airspeed and fell down in Western Belgium, in a village near Kortrijk… right on Wim Delaere’s unfortunate house. He most likely wouldn’t have even had time to understand what had happened. 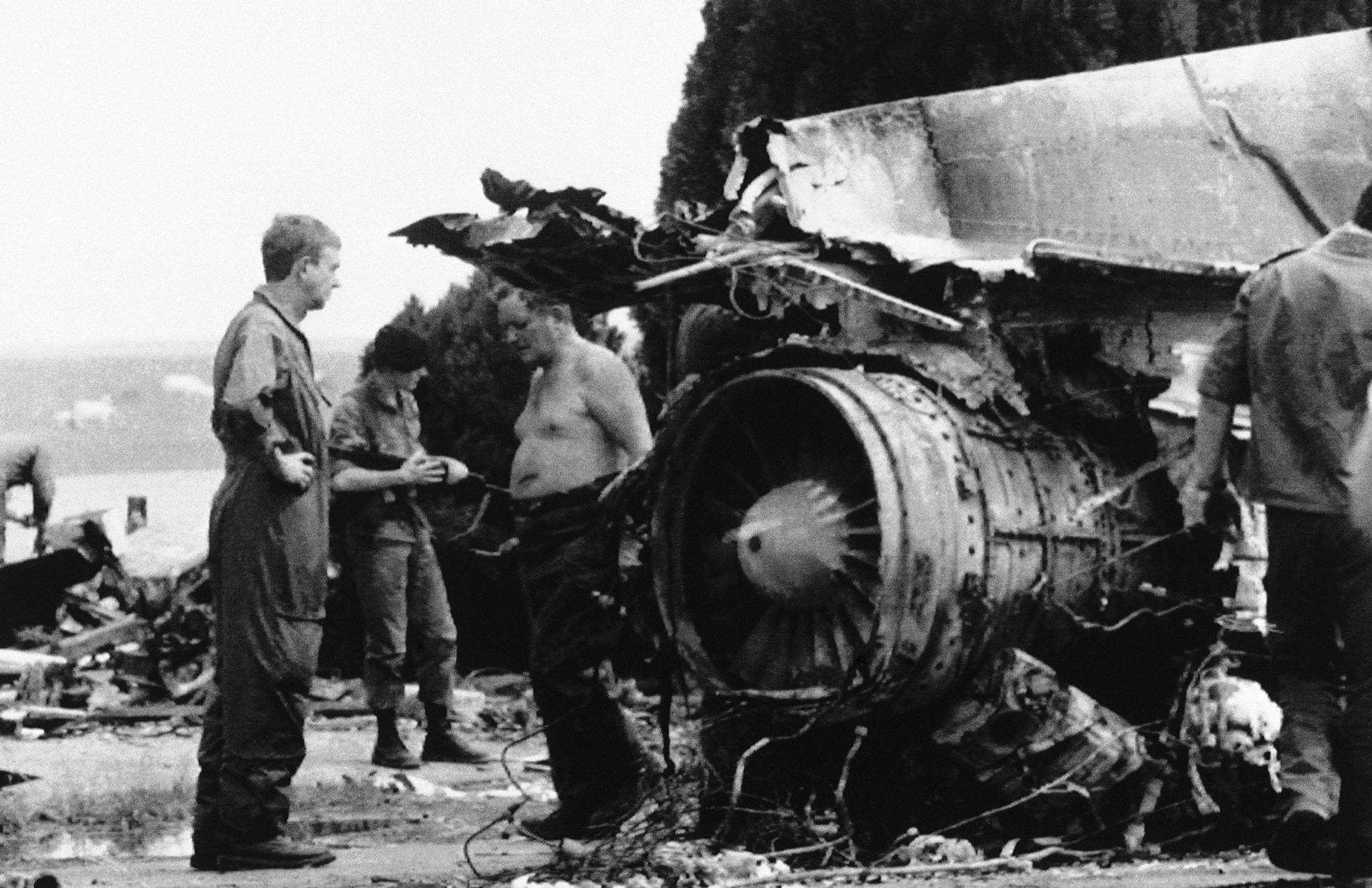 “I am sorry about what happened. The Belgians have been made aware of the reasons and we expressed our regret,” Mikhail Gorbachev, the leader of the USSR, said the same day. In a worst-case scenario, such a catastrophe may have turned into a full-scale international crisis, but, as Soviet-Western relations were at their peak amidst Gorbachev’s push for democratization and the Cold War winding down, it all went down relatively smoothly.

The USSR paid Belgium compensation in the amount of $685,000, and soon the unfortunate accident was forgotten. After all, the stray MiG-23 killed just one person – it could have been far worse. Though Wim Delaere probably would have disagreed.