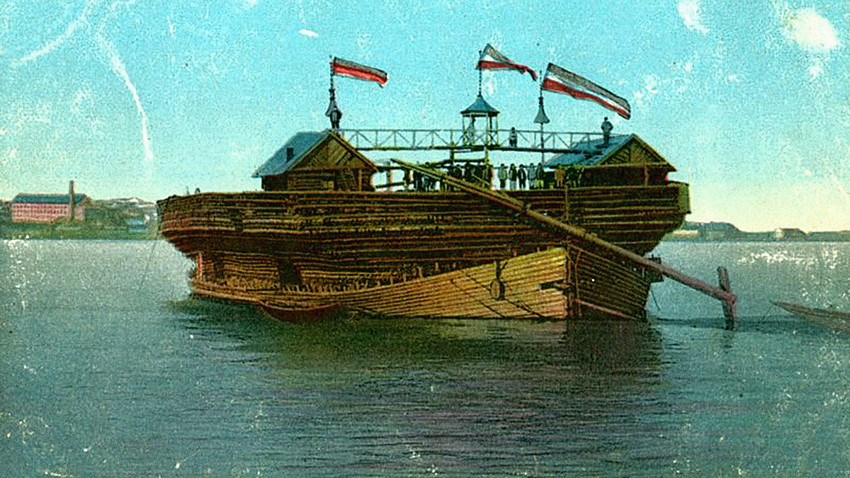 Samara Region Art Museum
Looking like they’re straight out of Russian fairy tales, these enormous structures were very useful in Tsarist Russia, but what for?

Russia has always been a land of rivers and wood, with the rivers playing a key role in the transportation of wood. In 19th-century Russia, to transport wood in large quantities from upper regions of the Volga and Kama rivers to the Caspian sea, these giant structures were built: they were essentially floating piles of wood in the form of ships. 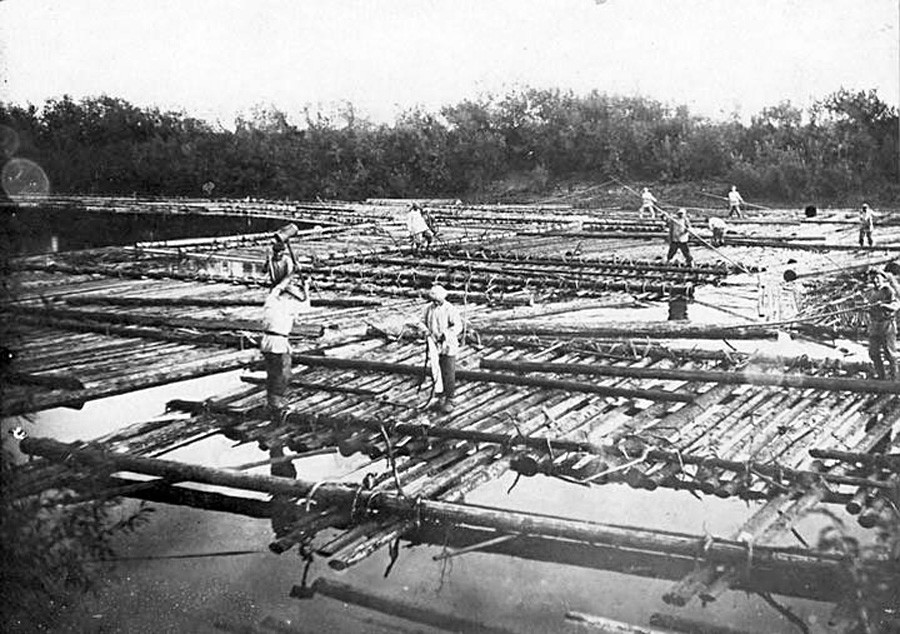 There could be up to 150 of them built in a single year, each carrying from 2 to 13 thousand tons of timber, measuring about 100 meters in length, 25 meters in width and 5-6 meters in height. 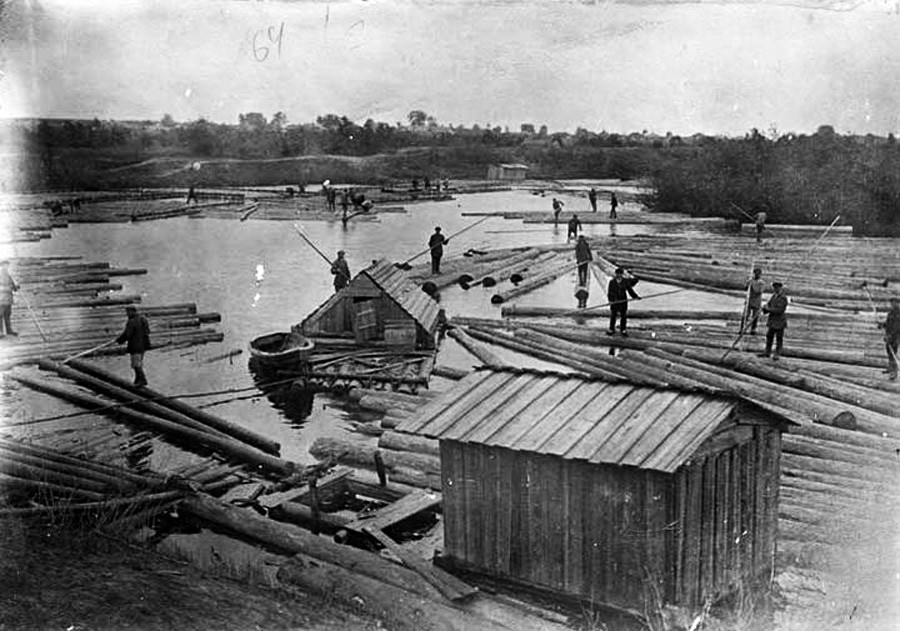 Such a vessel was called a belyana, derived from the Russian word belyi (Eng. “white”), because the vessels, loaded with freshly cut and non-tarred timber, shone very bright against the water in the sun. 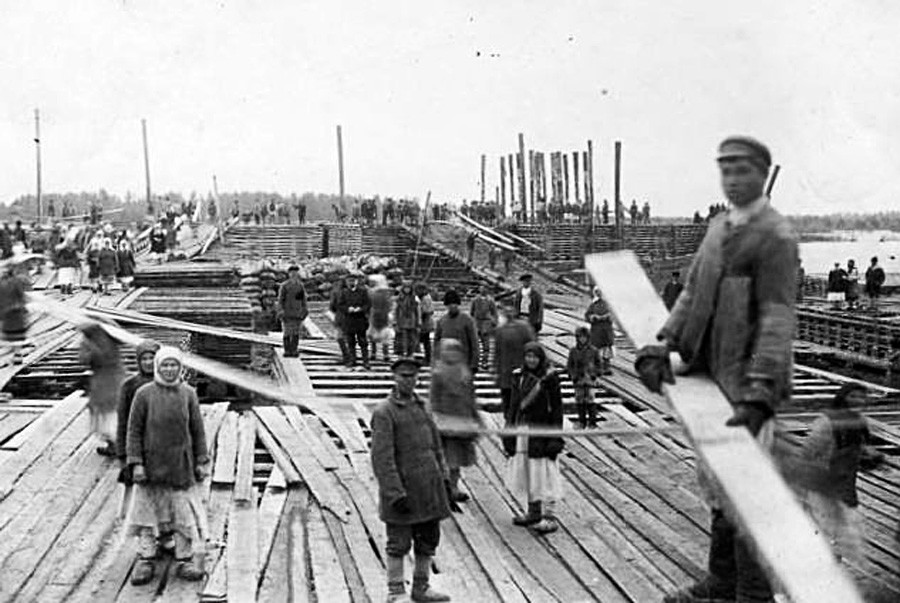 Preparations for construction would begin in winter, when woodcutters lived in the forest for 3-4 months straight. They would chop trees and drag them to the creeks connected to the big riverbed. By springtime, the trunks were made into rafts and floated down to the place where the belyana was being constructed. The transportation of wood from the forest using only hand labor required expert logistics. 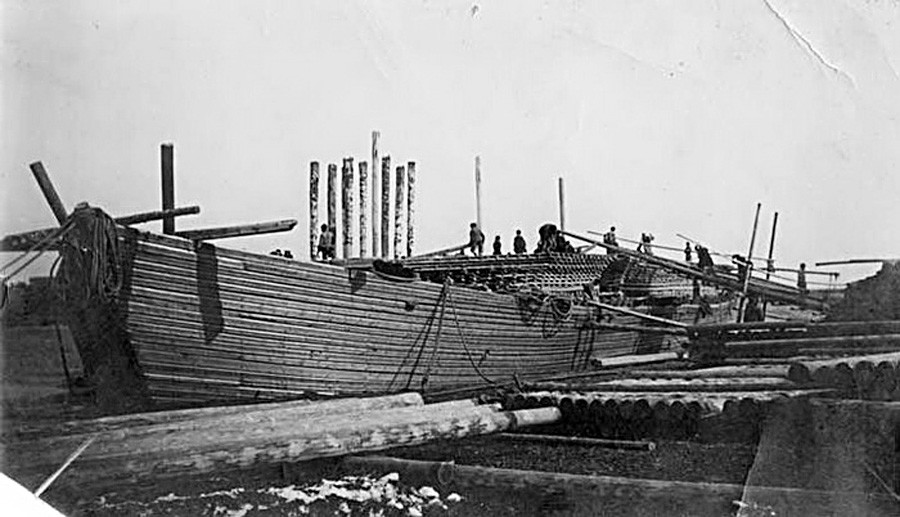 Belyanas were not tarred, because they were to be dismantled right after they reached their destination. The hull of a belyana was usually constructed out of circa 200 spruce trunks for the flat bottom and 250 pine trunks for the sides. Then, trunks were loaded into the body in criss-cross fashion, so they could dry during the shipping. The load was usually 2,5 - 3 meters higher than the sides. On top of it, temporary huts for the crew were built. 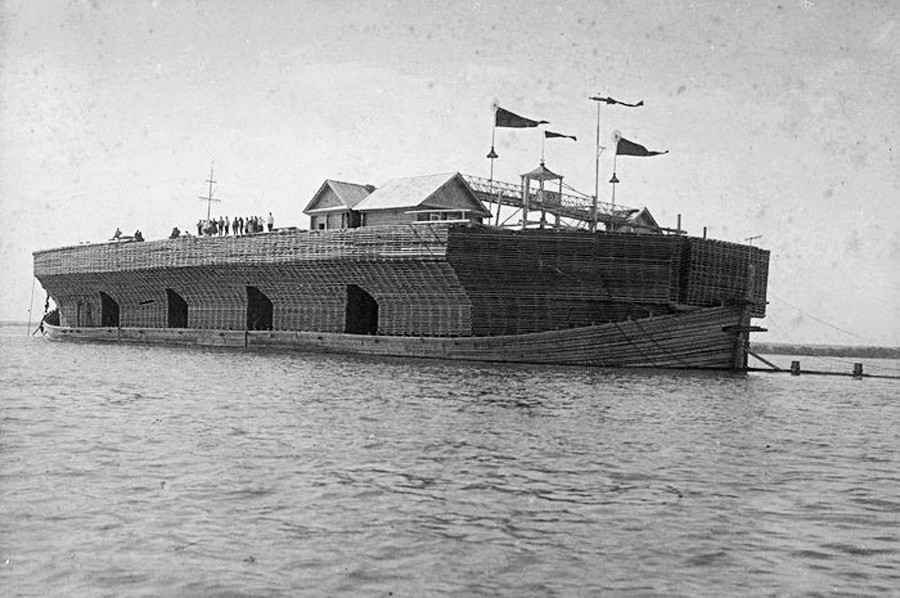 A belyana was steered with a giant rudder. When it reached its destination, it was taken completely apart and sold off as regular wood.

Belyanas were especially popular in mid-19th century, when steamboats ran on wood. As ships started to run on oil, demand for wood decreased, but belyanas were still in use until the end of the 19th century, largely due to tradition. 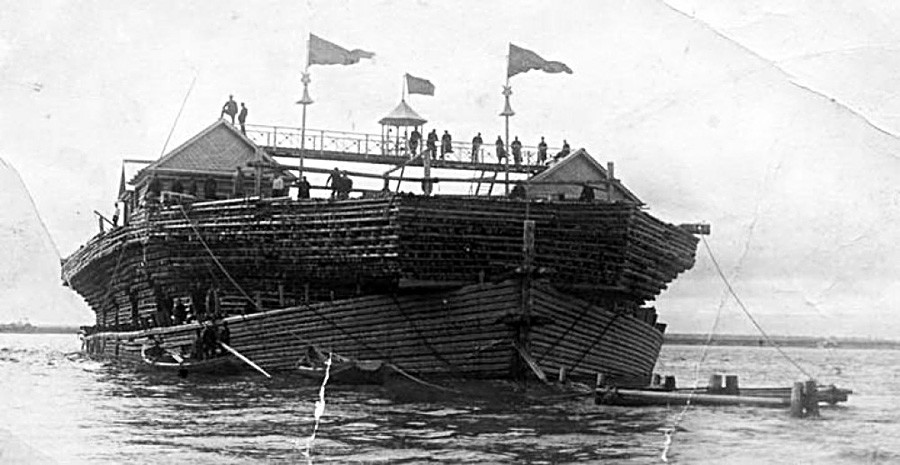 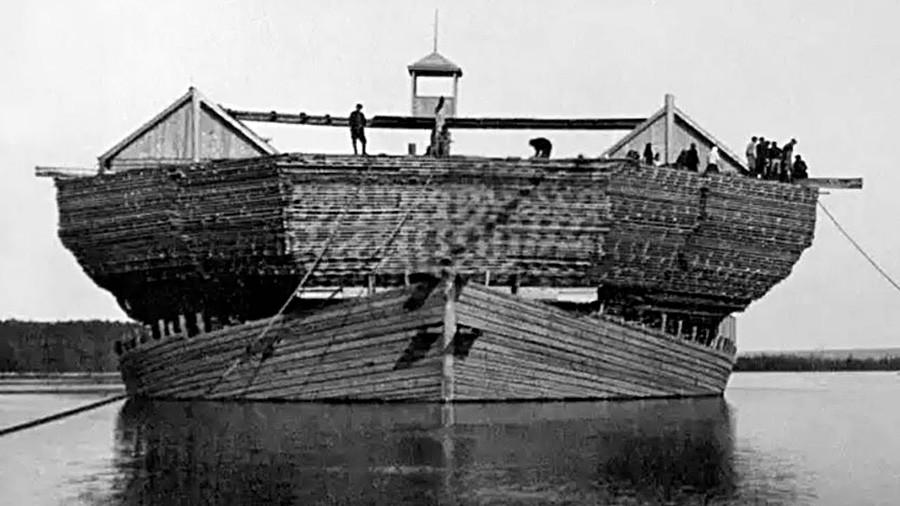 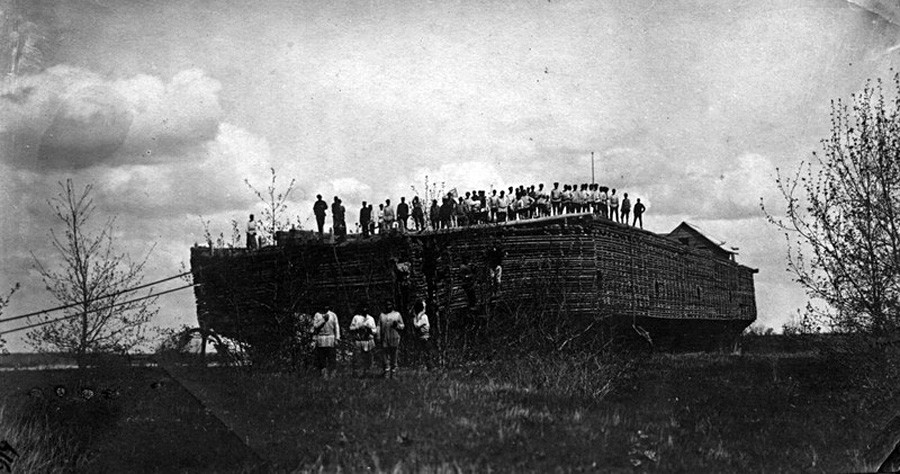 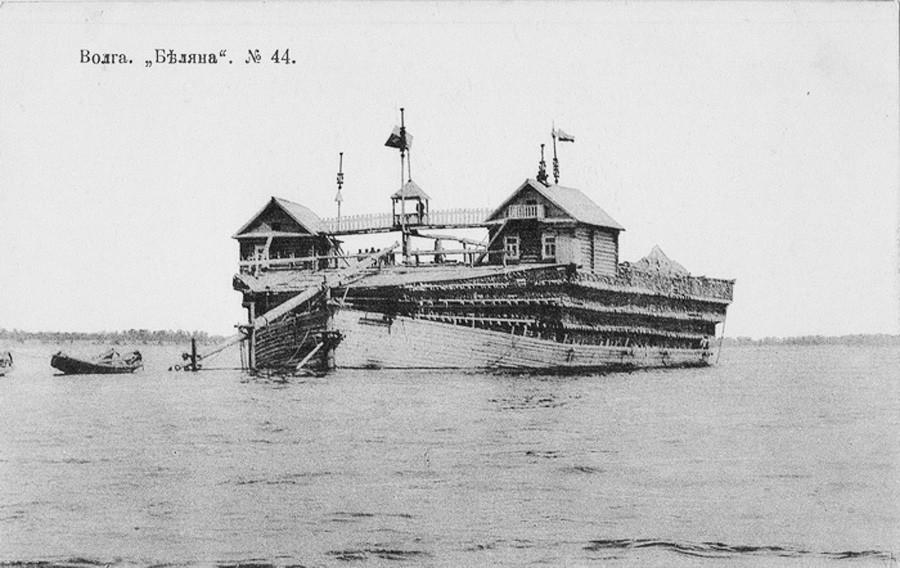