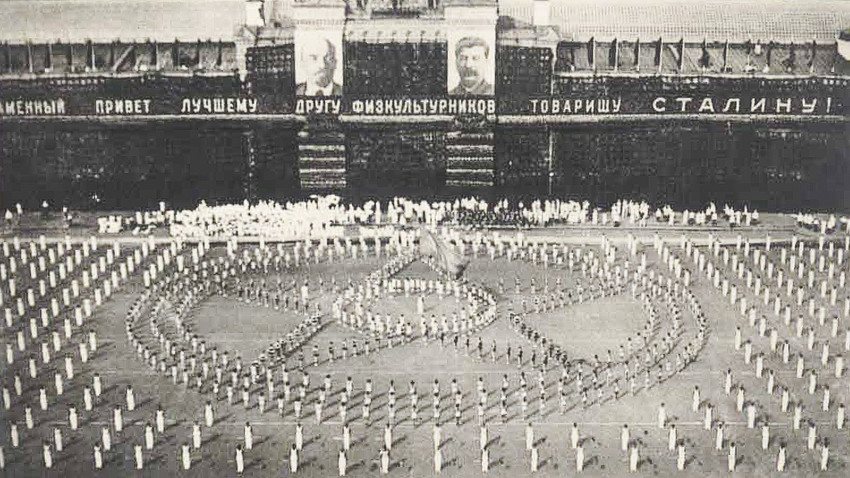 B. Fishman
Joseph Stalin was among the public at this unique game which gave the green light to the development of football in the USSR

On July 6, 1936, on the Red Square in Moscow, hundreds of people rapidly rolled out the giant, 9000-sq. meter carpet made out of felt. It was a scarce time in the USSR, and there should have been a good reason to waste such an enormous amount of good valenki(winter boot) material. However, this carpet had been made for the first-ever football game played within sight of the Kremlin walls. Standing at the Mausoleum’s rostrum, Joseph Stalin was to witness the game that initially was meant to only last 15 minutes – everybody was in fear that the tyrant might not like the spectacle. 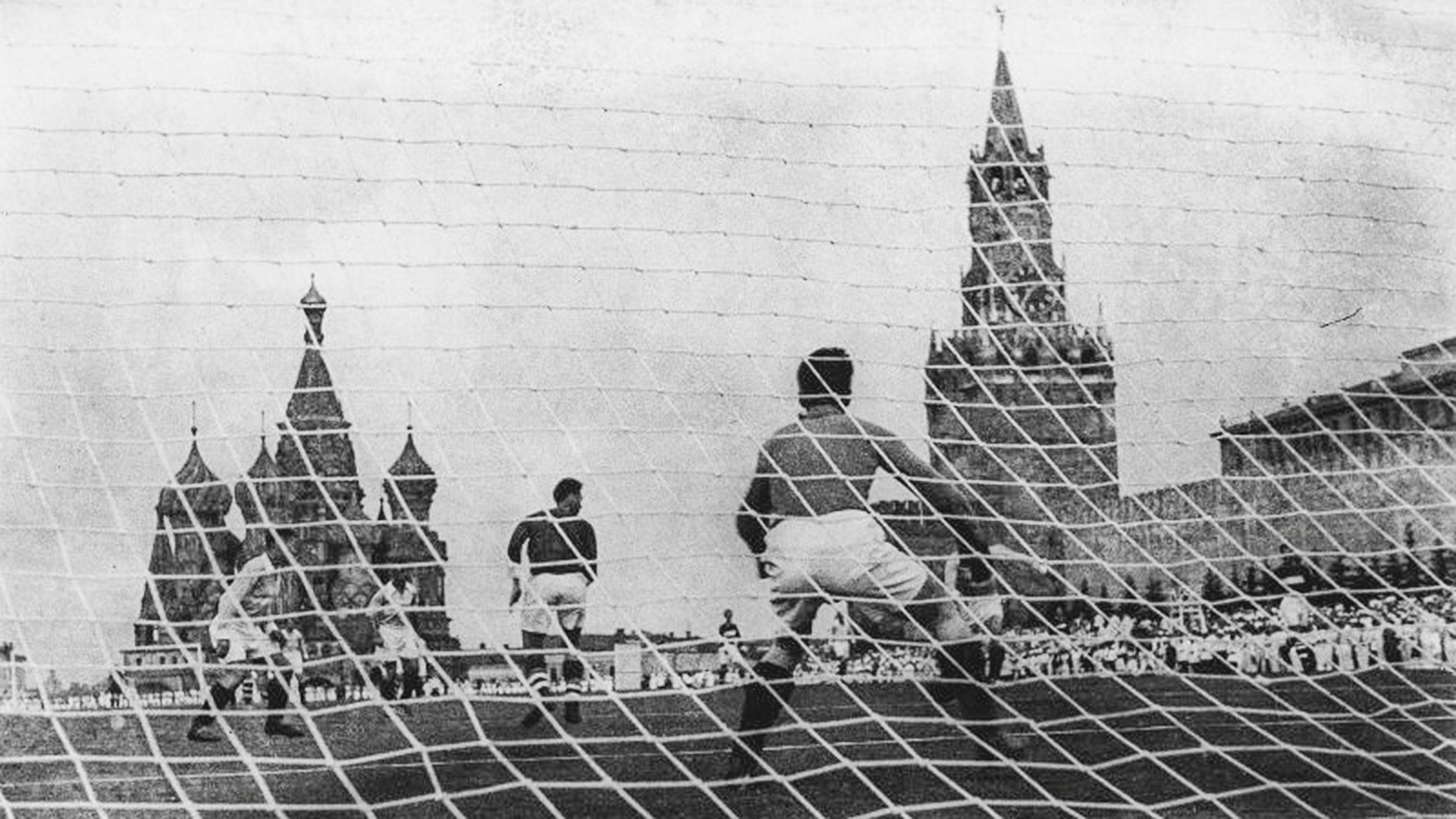 In 1936, football in the USSR was in its infancy – that year, the first national championship was held. Football required serious financial support from the state. And in a dictatorial state, that the USSR was at the time, this could only be achieved by winning Stalin’s approval.

In 1935, Nikolay Starostin, captain of the USSR football team, created a sports society called ‘Spartak’ with civil industry workers as its members. The society was named after Spartacus, a Roman slave turned revolutionary.

Nikolay Starostin used his connections to squeeze in a football game to performed by Spartak team members (divided into two teams – Reds and Whites) as the closing event of the annual sports parade. Starostin wanted to promote football nation-wide and gain the approval of Stalin.

READ MORE: Did a Brit really play for a Soviet football club?

Football couldn’t be played on the basalt cobbled pavement of the Red Square, so the creation of the ‘lawn’ was commissioned; but by day, the square had plenty of traffic and the ‘carpet’ had to be during the night – by members of Spartak society themselves, about 300 of them. With shoemaker’s needles and sturdy twine threads, they sewed the felt squares into a giant lawn. Every morning, they rolled the ‘carpet’ and hid it behind the trees near the GUM department store. Right before the parade, the carpet was painted green and football field markings were painted on it.

Football in time of plague 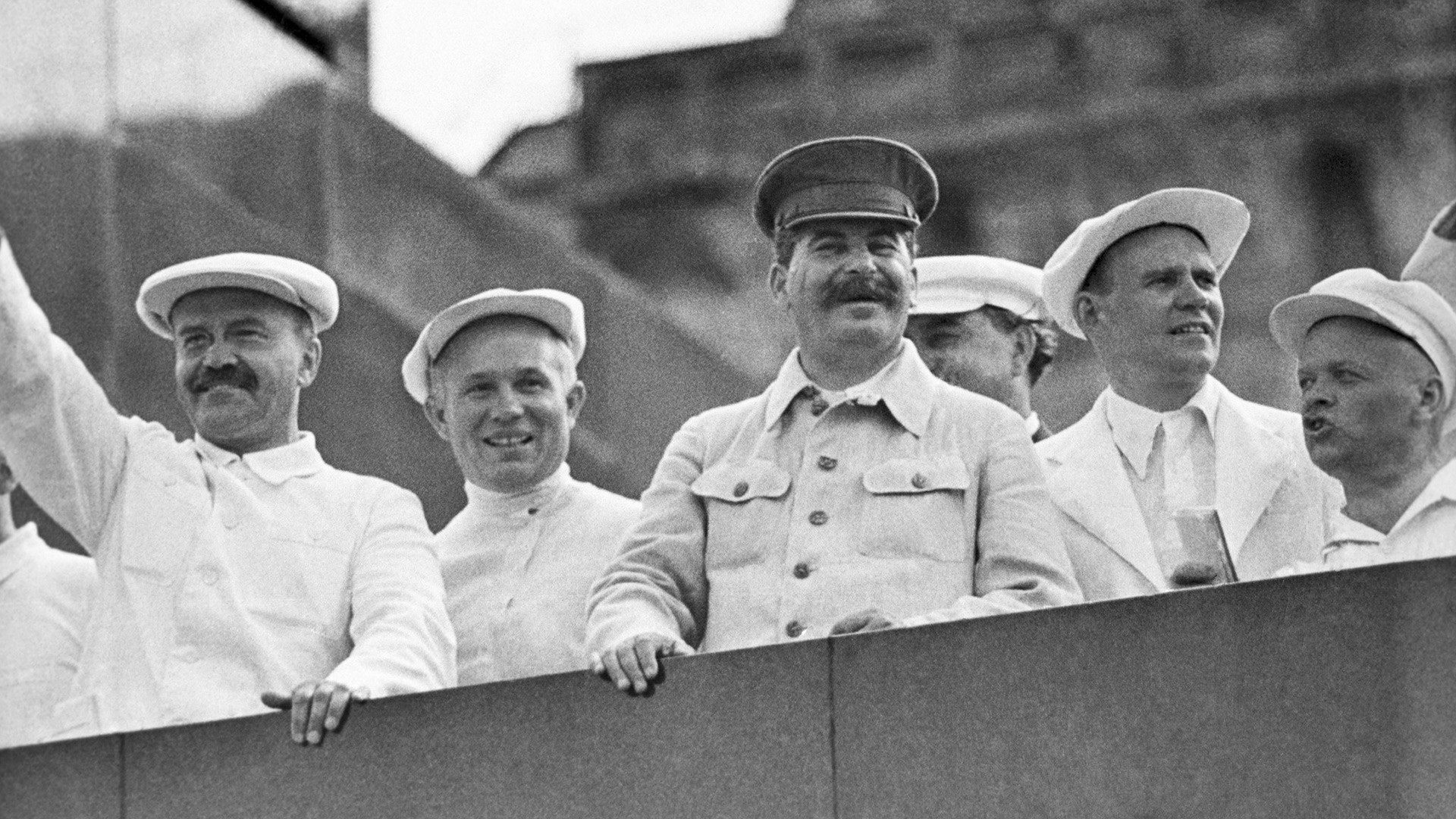 Joseph Stalin on the Mausoleum rostrum on July 6th, 1936

Sports vital to the Soviet Union in an ideological sense – it united the different strata of society in common passions and transcended Communist ideals. More importantly, it was a way of physically exercising the population in the wake of the possible war.

So, gymnasts, cyclists, weightlifters, basketball and volleyball teams, among others, all showed their skills in a giant spectacle on the Red Square. Boxers were literally carrying 28 boxing rings on their shoulders with fights ongoing on all of them. Two trucks carried skating rinks with figure skaters performing on them. Young girls were carrying a giant Stalin portrait. In a frenzy of terror, everybody did their best – it was a heyday of repressions in the USSR.

READ MORE: Horrors of Stalin's 1930s through the eyes of 3 Americans 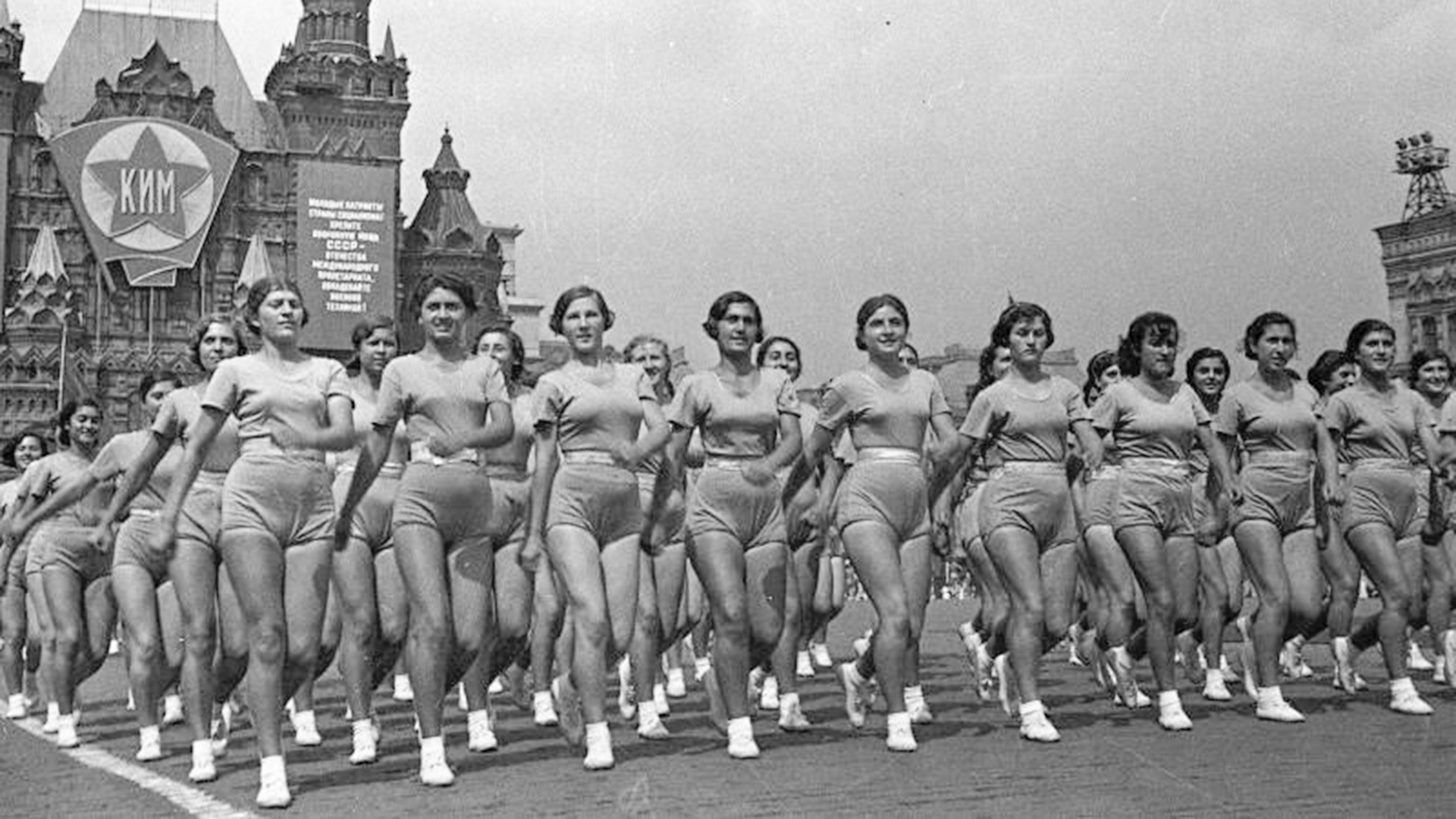 Martyn Mezhanov, a sports journalist who witnessed the game, wrote:

“It was an unusual game where players didn’t push each other, didn’t stick their feet out… When a right-wing player of the Reds took the ball, a Whites player only followed him without trying to take the ball. He knew the Reds’ right-winger would take the ball to the corner flag and cross the ball into the box, where a central forward will score the header without anyone stopping him.

In a few minutes, the Whites’ forwards rushed to the Reds’ goal, and the ball flew into the goal net. Goalkeepers were showing off the most spectacular saves…” 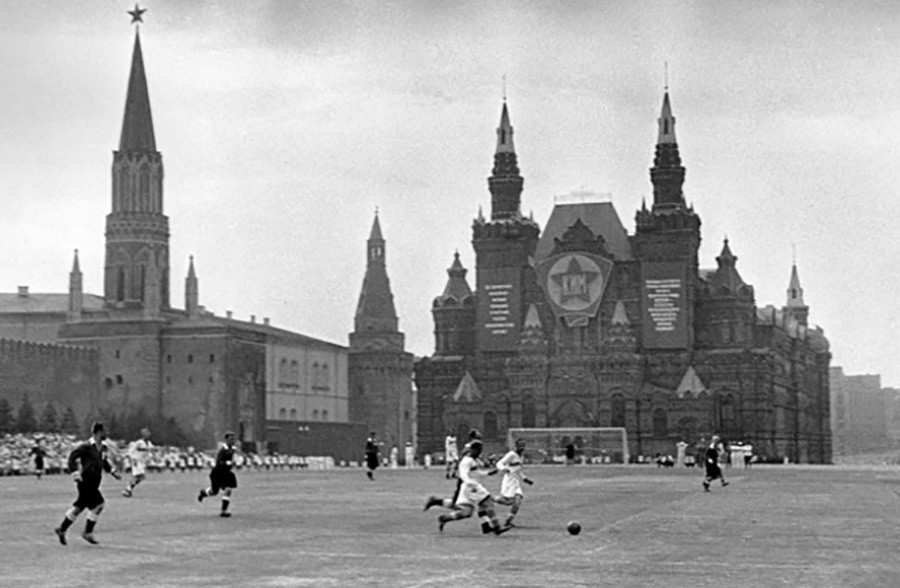 Stalin never liked football or showed interest in it. But after playing the full 15 minutes as planned, an instruction came to continue the game. So Spartak players played another 15 minutes, finishing the game with a spectacular goal into the upper corner.

The Reds won 4:3. Stalin’s verdict was short: “They played good.” This meant, sports officials could now organize football championships, classes, societies without fearing that football might be declared a “bourgeois game” and considered anti-Soviet.