Was Russia really late for the Olympics in 1908? (It won medals anyway!) 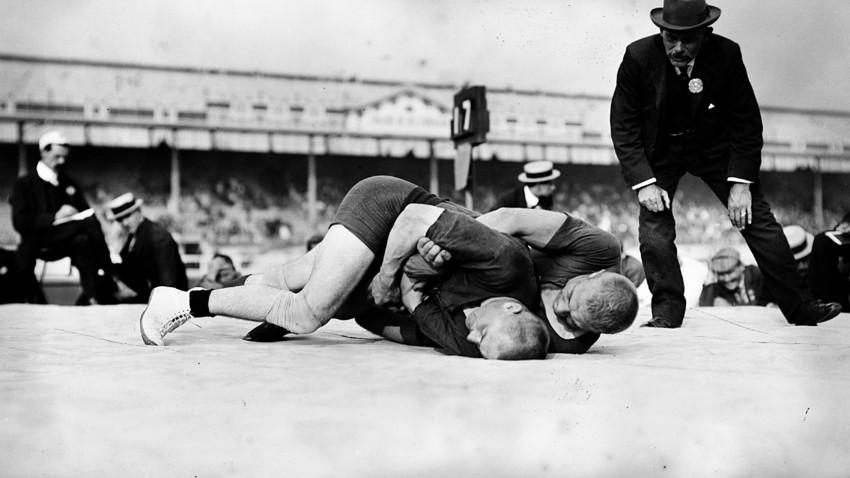 A referee watches the wrestling final at the 1908 London Olympics.

Getty Images
Let’s remember those wonderful times when the Olympics lasted for half a year.

Today, the Olympics are a globally acclaimed two-week celebration of sports and peace, combined with an extraordinary opening and closing show. You probably remember all this from London 2012: Queen Elisabeth skydiving with James Bond (okay, those were actors but still, it’s pretty cool); Paul McCartney performing “Hey Jude” in front of the crowd; and so on. Well, more than a century ago, in 1908, London also hosted the Olympics – but it was six months of mayhem. 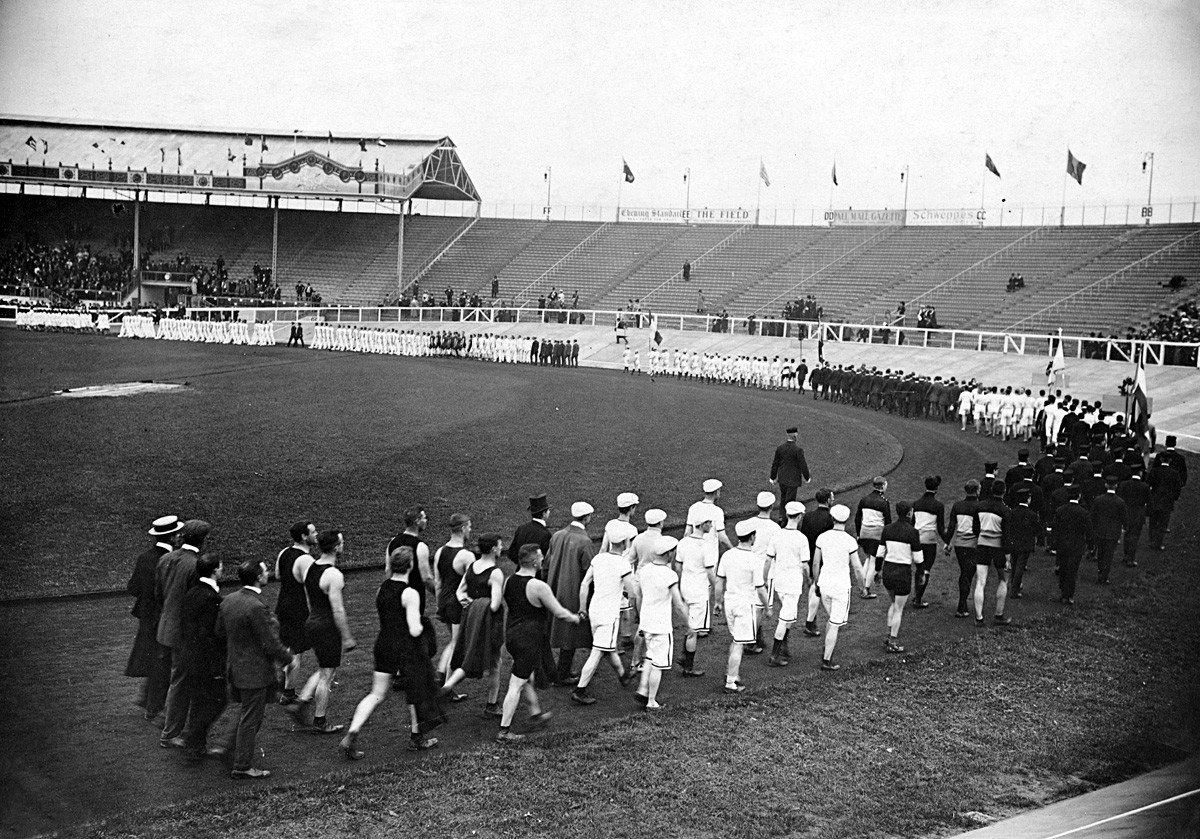 A march-past at the opening ceremony during the 1908 Summer Olympics.

It was not the fault of the British: the Olympic movement in general was just gaining momentum at that time. Baron Pierre de Coubertin founded the International Olympic Committee just 14 years before, in 1894, so regulations, as well as the total number of athletic categories, were still uncertain and not set in stone. The London 1908 Olympics lasted for six months, from April 27 to October 31, and embraced disciplines such as skating (there were no Winter Olympics back then) but failed to provide a comprehensive and conclusive report. For instance, it’s still debatable whether Turkey was represented at the games at all!

“Record-keeping in the 1908 Games wasn’t great, to say the least. Turkey (then the Ottoman Empire) may have competed, but we’re not sure. According to some sources, a man known only as Mr. Moullos may have been the country’s lone representative. However, there’s no mention of him or any other Turkish citizen in the official records,” Dan Lewis wrote for Sports Illustrated.

As for Russia, London 1908 turned out to be a glorious event, with the skater Nikolai Panin-Kolomenkin winning the first Olympic gold for Russia, and two other athletes taking silver in wrestling. But there’s an even more important issue to be contended with: did Russia arrive late for the games? 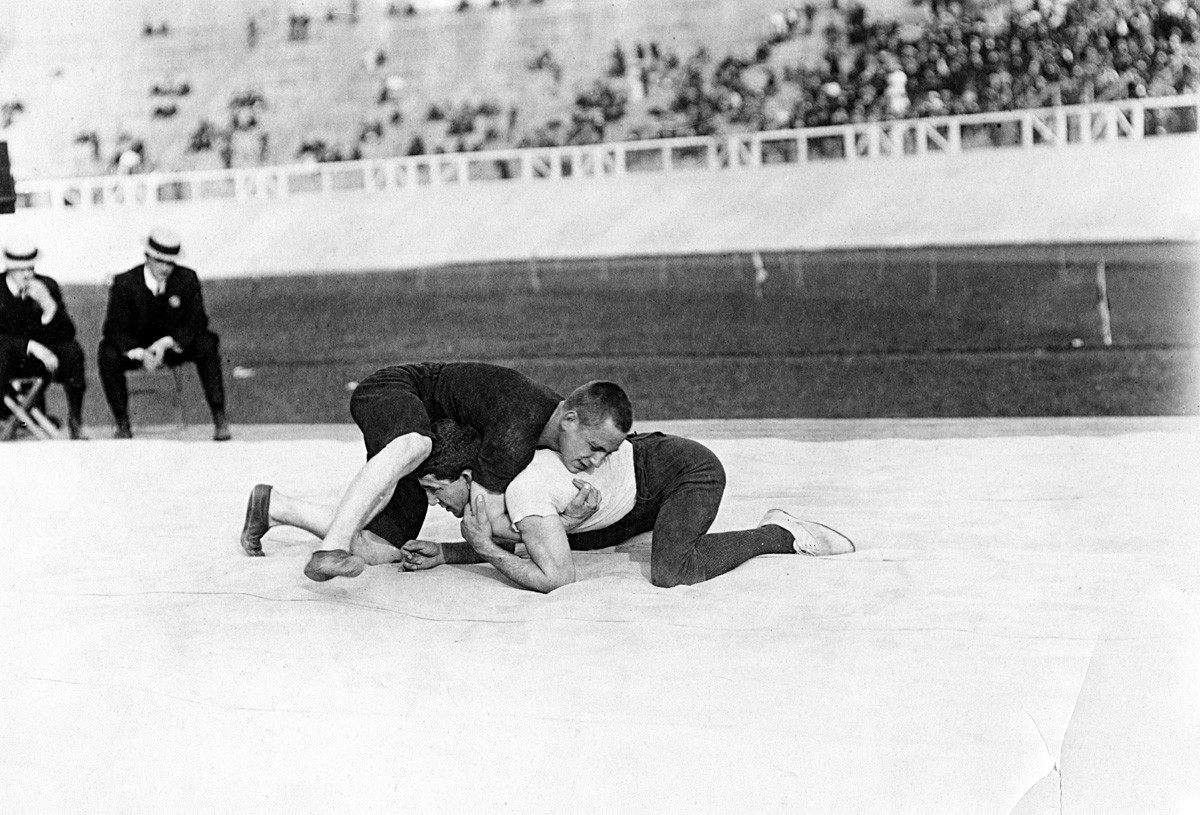 Wrestling event during the 1908 Summer Olympics in London.

Here is the crux of the controversy: until 1918 Russia lived according to the (Old) Julian calendar, which lagged two weeks behind the modern Gregorian calendar in use in Europe and North America. Many experts put it this way: Russia’s national team arrived in London two weeks later and missed some of the competitions; luckily enough, the Russians still had 4.5 months ahead of them.

“The Russian national team forgot that Great Britain had switched to the Gregorian calendar 200 years prior… When the Russian delegation started to sign up, it turned out that the Olympics were already very much on, and some competitions had already ended,” wrote the Russian news portal, Lenta.ru. 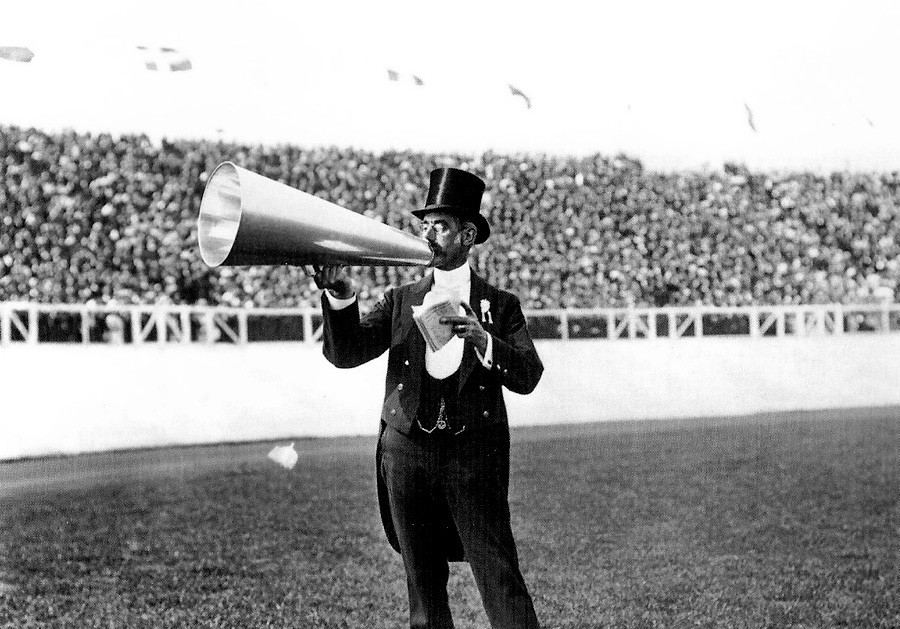 Can this handsome man be asking "Hey, where is Russia?"

Sports Illustrated describes the incident as follows, concentrating on the shooting competition that the Russians missed: “On July 11, 1908, the U.S. edged out Great Britain to take gold in the event. The Russians didn’t appear on the standings and were non-competitive. Not because they weren’t any good, but rather because they weren’t present. While they arrived in town a few days before July 11, they did so according to the wrong calendar.”

Nikolai Panin-Kolomenkin, the first person from Russia to win a gold medal for the Olympics.

Nevertheless, all of the above are 21st-century publications, with no reference to the official sources, which never mentioned the Russian delegation being late. For instance, the Official Report of the Olympic Games of 1908, while describing the shooting competition of July 11, doesn’t include Russia. The national team surely didn’t participate, but was it even supposed to? Also, Italy and Australia are marked as absent, but Russia is not mentioned at all.

Honestly, it’s hard to believe that no member of the Russian delegation cared to check in with the calendar. Russia had been living next to Gregorian-calendar Europe for two centuries and was used to the two-week difference. The problem is that Russia didn’t have any official “delegation” at all. Back then, we didn’t care about the Olympics enough to even have an Olympic committee. 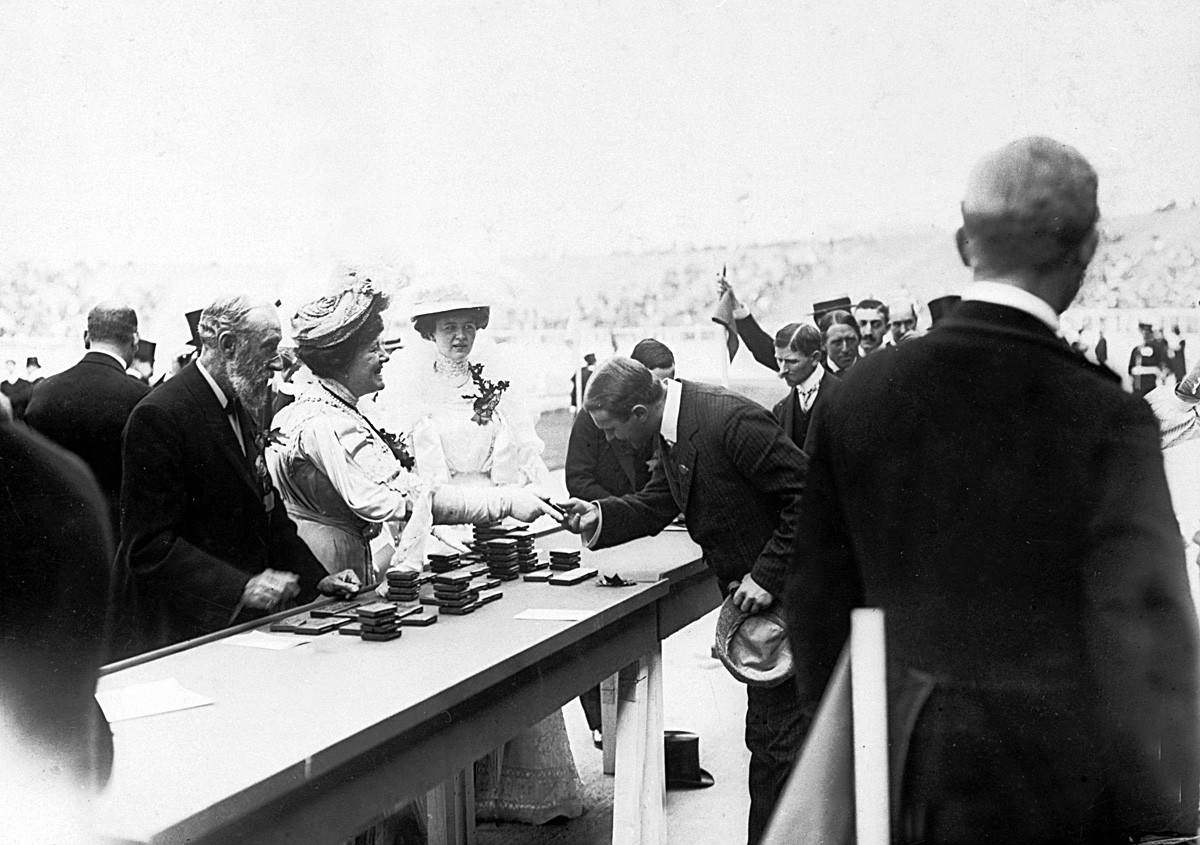 Nikolai Panin-Kolomenkin, the man who won gold in 1908, explained it in his memoirs: “Almost every foreign country had a national Olympic committee that provided constant cooperation among the different sports organizations of their countries. But in Russia… we had only separate athletes at the 1908 Olympics who were going there with the support of their clubs, or just on their own.”

No wonder there were just six athletes from Russia that year! Also, some Russian athletes could have confused the two calendars and failed to participate. But it would be wrong to say that the Russian national team was late for the Olympics, simply because there was no official Russian national team in 1908. Russia would establish its Olympic Committee only three years later, in 1911.

Scolded for the gold 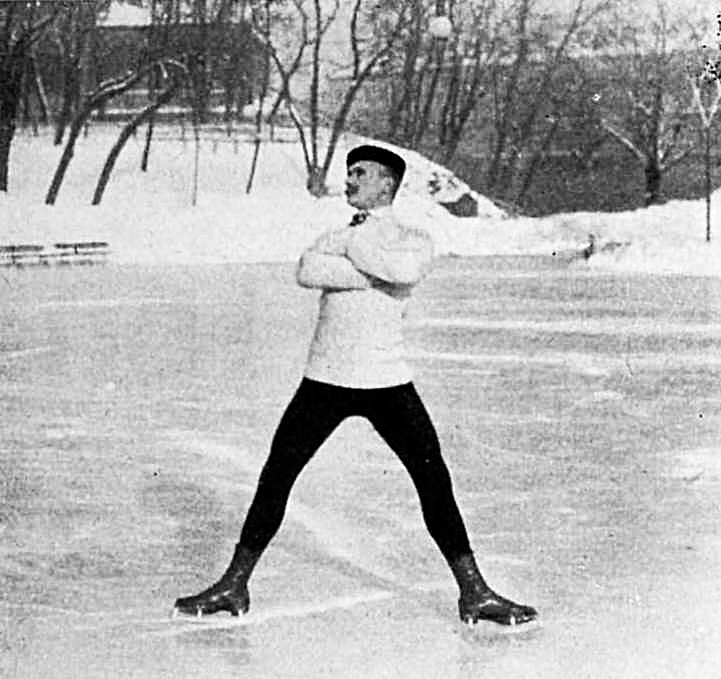 Panin-Kolomenkin. Boy, this man knew how to skate.

Kolomenkin himself was an outstanding figure: a natural-born athlete (apart from skating, he was also a champion in shooting). He’d have been an international star had he been born half a century later. As for the late 1890s/ early 1900s, in the Russian Empire sports weren’t even considered a serious career and were frowned upon. So, Kolomenkin, who worked as a government official, had to hide his ‘hobby’ and compete under the pseudonym, Panin. Acting on his own, with no state support, he became the first Russian athlete to win Olympic gold.

“Panin is probably the greatest skater that Russia has ever produced,” an official report stated. He won gold in a discipline so difficult that later it was removed from the Olympic program. His skating competition required skaters to draw and execute extremely difficult and ideal geometric figures on the ice.

“Panin… was far in advance of his opponents, both in the difficulty of his figures and in the ease and accuracy of their execution,” stated the report.

Nevertheless, after returning home, instead of being welcomed as a hero, Panin-Kolomenkin was scolded by his bosses, who forced him to quit professional skating. Later, however, he became a great coach in the USSR and wrote several books on sports. After all, he was among the founders of the Russian/Soviet figure skating school, which remains very competitive.