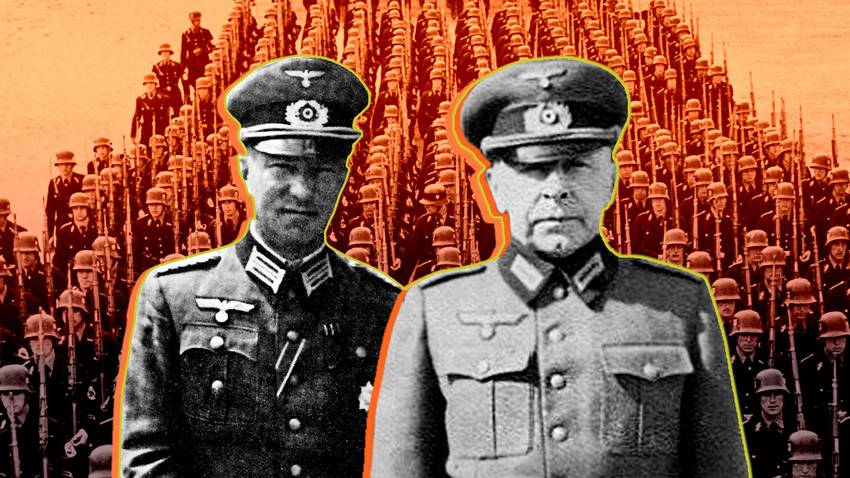 Getty Images, Archive photo
According to Nazi doctrine, they should have ended their lives in a concentration camp. But instead they managed to occupy high positions in the armed forces of the Third Reich.

Not all Jews were sent to concentration camps to die in the Holocaust. Tens of thousands fought for Germany in WWII, and were even decorated with awards.

Mischlinge (as the Nazis called those with mixed Jewish and “Aryan” roots) were allowed to serve, but officially forbidden from advancing through the ranks. In practice, however, it depended on whether the individual was beneficial to the regime.

As such, dozens of Mischlinge commanded divisions, corps, and armies. About Air Field Marshal Erhard Milch, whose father was Jewish, Herman Goering, who highly rated him, said: “I will decide who is a Jew and who is not.” 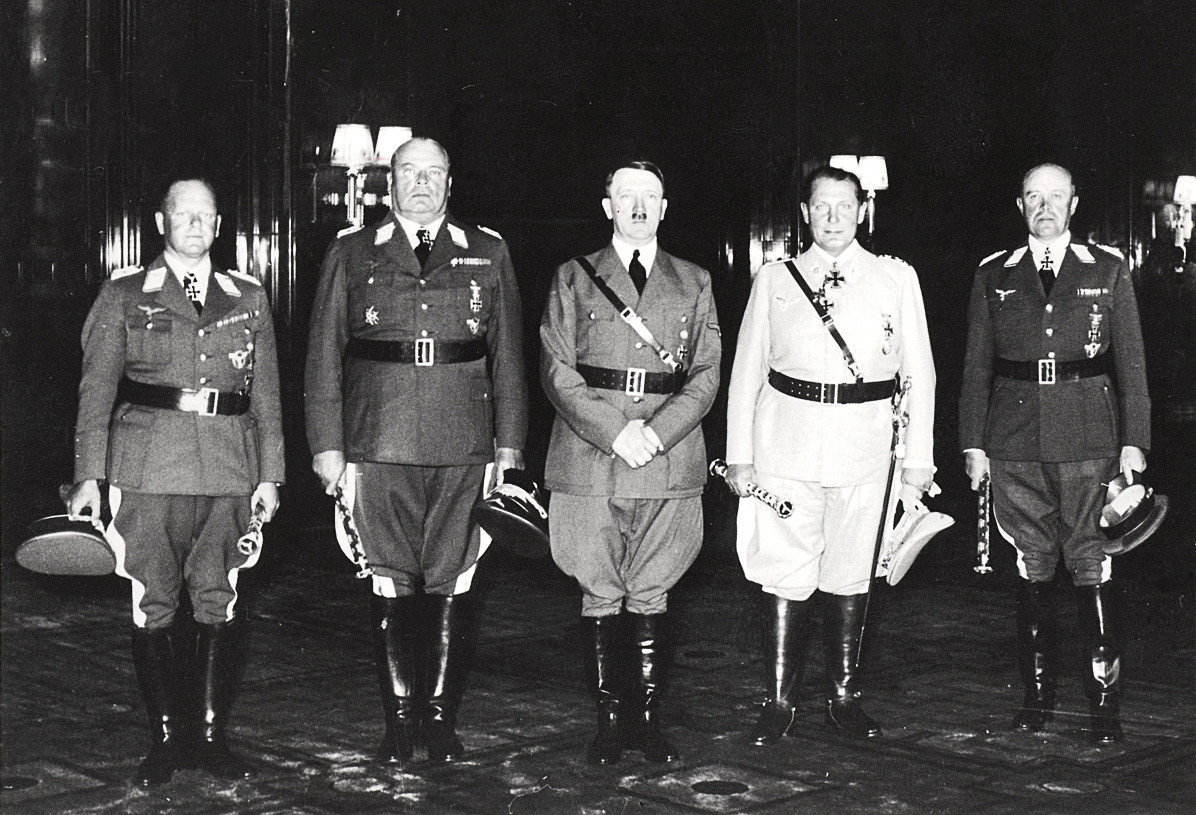 The status of German and East European Mischlinge differed enormously. In the occupied territories of Poland and the Soviet Union, the Germans had no interest in the “percentage of Jewish blood” a person had. All people of mixed Jewish origin were classified as Jews, and all awaited the same terrible fate.

A number of Russian Jews, however, not only avoided this plight, but managed to occupy high positions in the German army.

The Wehrmacht’s rout of Yugoslavia in 1941 was witnessed by former Russian imperial army colonel and Russian Civil War veteran Boris Shteifon. After the demise of the White movement, he found refuge in the Balkans, where he wrote his memoirs and became a professor of military science.

Already aged 59, Shteifon had no intention of reopening his military career; but the arrival of the Nazis recalibrated the situation. The Yugoslav communists under Josip Broz Tito stepped up their resistance against the invaders, but in battling the Germans, they often killed White Guard émigrés, too.

To counter Tito’s partisans, the Germans created the Russian Protective Corps (RPC), which Russian emigrants living in Yugoslavia flocked to join. Numbering around 11,000, it was one of the largest White émigré units in the Wehrmacht. Besides hunting communists, the corps secured communication lines and carried out punitive operations; later, it came into direct conflict with the advancing Red Army, causing a mini-rerun of the Russian Civil War. 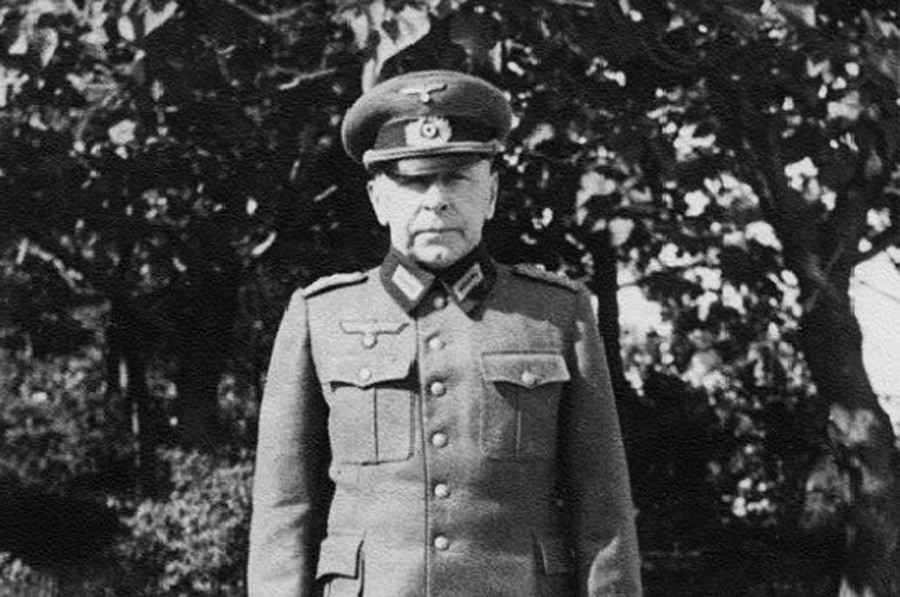 Boris Shteifon was offered the post of RPC chief of staff, and accepted. The Germans knew very well that he was the son of an assimilated Jew, but chose to turn a blind eye. According to researcher Ilya Kuksin, the Wehrmacht officers saw him primarily as a highly skilled military tactician and dedicated anti-communist. It was enough for them that his mother was Russian and he himself had been baptized.

Lieutenant General Boris Shteifon commanded the corps right until the final days of the war, dying of a heart attack on April 30, 1945. The corps itself broke through into Austria and surrendered to the British. Despite Soviet demands, it was not handed over to Moscow, since most of its soldiers had never been citizens of the USSR.

The future Wehrmacht major general Boris Holmston-Smyslovsky came from a noble family of Jewish origin. Having passed through the crucible of WWI and the Russian Civil War, like thousands of other Russian officers, he ended up in exile.

But whereas the majority of White émigrés eager to avenge the Bolsheviks sided with the Germans only during the war, Holmston-Smyslovsky entered German military circles much earlier, even before Hitler came to power. In 1928-1932 he was trained in reconnaissance at the Reichswehr Truppenamt (Troop Directorate).

The contacts he made there facilitated his rise up the chain of command in the Abwehr, the German military intelligence service. The Jewish genealogy of such a valuable asset was not even an issue. 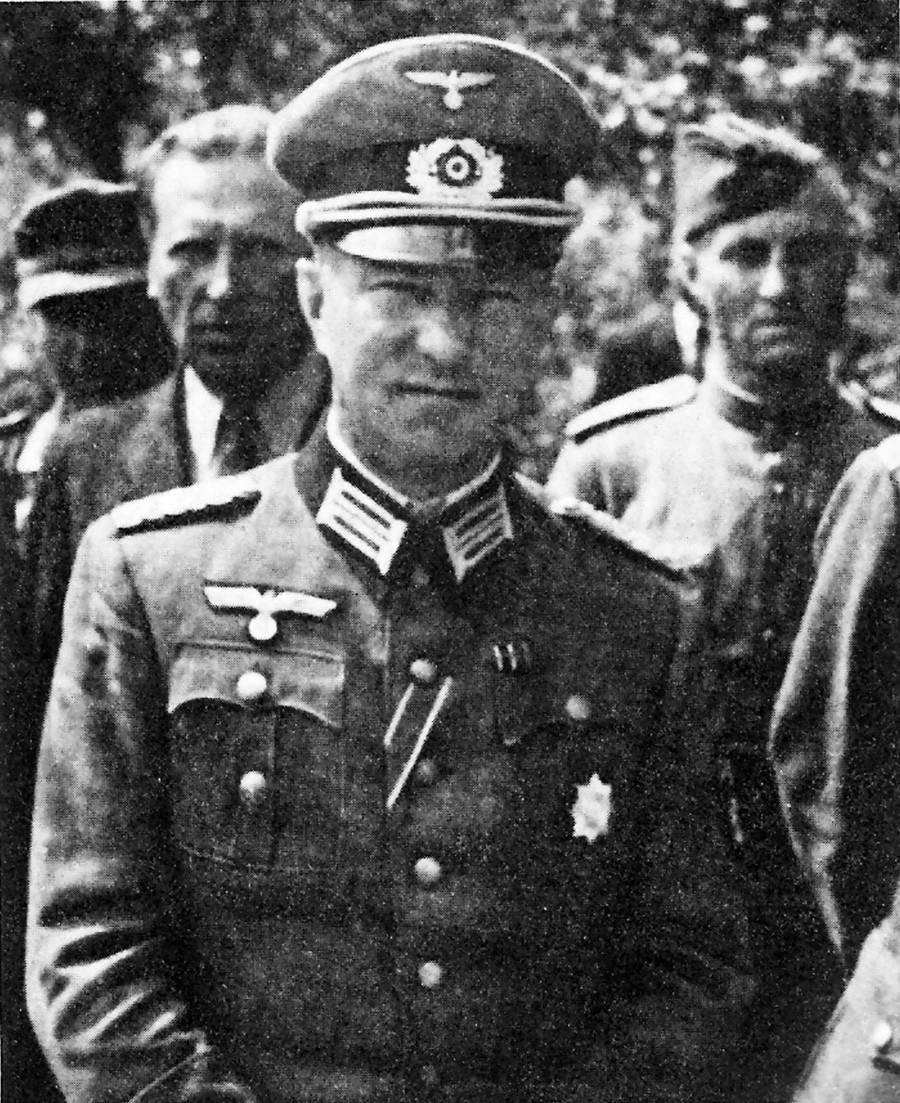 In 1943 Abwehr head Admiral Wilhelm Canaris personally interceded on behalf of his officer when the latter was arrested on treason charges. Holmston-Smyslovsky openly opposed the plan of RPC head Vlasov to fight on the Western front — he believed that the Russians should wage war only against the Bolsheviks.

Throughout the war, Holmston-Smyslovsky organized and carried out reconnaissance and sabotage operations in the Soviet rear, and located and eliminated partisan units. For these missions he was given command of the 10,000-strong Russland division, renamed at the very end of the war as the 1st Russian National Army.

In May 1945 he led the remnants of his “army” (several hundred people) into Liechtenstein, where they were interned. The government of this tiny state refused to extradite them to the USSR, rejecting Soviet charges of war crimes due to lack of evidence.

Holmston-Smyslovsky went on to continue his intelligence activities, this time in the service of the U.S. He was also an advisor to the General Staff of the Armed Forces of the German Federal Republic, and to Argentine President Juan Peron.

Boris Holmston-Smyslovsky died in 1988, at the age of 90, in that same Liechtenstein that he had grown to love during and after the war.