This Cuban karate master taught KGB how to fight

While few of us have ever met real KGB agents in person, there is no doubt that they know how to handle themselves. Some of you will even be familiar with the deadly mixed fighting style developed by the Russians - “sambo” (a portmanteau for “samozaschita bez oruzhiya” - self-defense without weapons). However, the advanced sambo we see today has come far from what it was after World War II. And it all started when the Soviets had realized that they could incorporate “applied karate” in a way that didn’t just amount to blows and kicks.

Seeing as our country would only exchange experience with other socialist countries of the day, it was by lucky chance that an official state visit to Cuba in 1978 would introduce the Soviets to a man named Domingo Rodríguez Oquendo (better known as Raul Riso). It was his “operational karate” that became the basis of the agency’s physical training from that day forward.

While in Cuba, KGB Deputy Chairman Vladimir Pirozhkov was invited by then President Fidel Castro to a training session of his security agency officers, who, among other things, acted as Fidel’s bodyguards. The foundation of the special forces’ training was “operational karate”, the brainchild of Raul Riso.

Riso was a student of the classical Okinawan style of  Jyoshinmon Shorin-Ryu, which he picked up in Japan in the 1960s, and brought back to  Cuba as master. However, classical karate to him was a sport for the carpet, not for real-life combat. Based on Jyoshinmon Shorin-Ryu, he developed a style for service unites, military and law enforcement agencies. The Cuban officer basically kept the most “killer” moves of karate corresponding to a specific task to neutralize the enemy. Riso’s refined style focused on targeting particularly vulnerable points and apply various tricks in battle. Cuban officers had participated in conflicts around the world, and could attest to the usefulness of operational karate. “Karate is a weapon of revolution” was a popular motto in Cuba at that time.

“Raul Riso is the only master that could adapt exquisite movements of Japanese karate for a real combat system,” recalled one of his students in Russia, Yuri Maryashin. “What’s most important, he tested everything he taught in Angola, Mozambique, and Nicaragua."

According to Major General of State Security Valery Velichko (the author of the 2015 book “From Lubyanka to the Kremlin: Non-tourist Trips Around the World”): “Experts noted that the operational karate system developed by Raul Riso, and which was used by the Cuban special forces, surpassed all Western analogs and even traditional Eastern disciplines in their practical characteristics.”

Even though the USSR's official stance on Japanese karate was controversial (Soviet authorities tried to ban it a few times as a capitalist sport), Pirozhkov was greatly impressed by Riso’s style. Upon returning home he reported on it to the Head of the KGB, Yuri Andropov, and subsequently, the KGB invited Riso to train its officers, who had previously used sambo, developed in the USSR.

The master arrived in November 1978 in Moscow with his assistant and student Ramiro Chirino, and over the next three months, they held daily 12-hour training sessions for KGB officers and instructors.

In February 1979, 50 Soviet officers passed the exams and officially attained the status of operational karate instructors. Only a few got instructor qualifications for Jyoshinmon Shorin-Ryu style - Yuri Maryashin (brown belt) and Valery Samoilov (green belt). Maryashin, later on, went on to create his own version of applied karate which got used in KGB physical training. 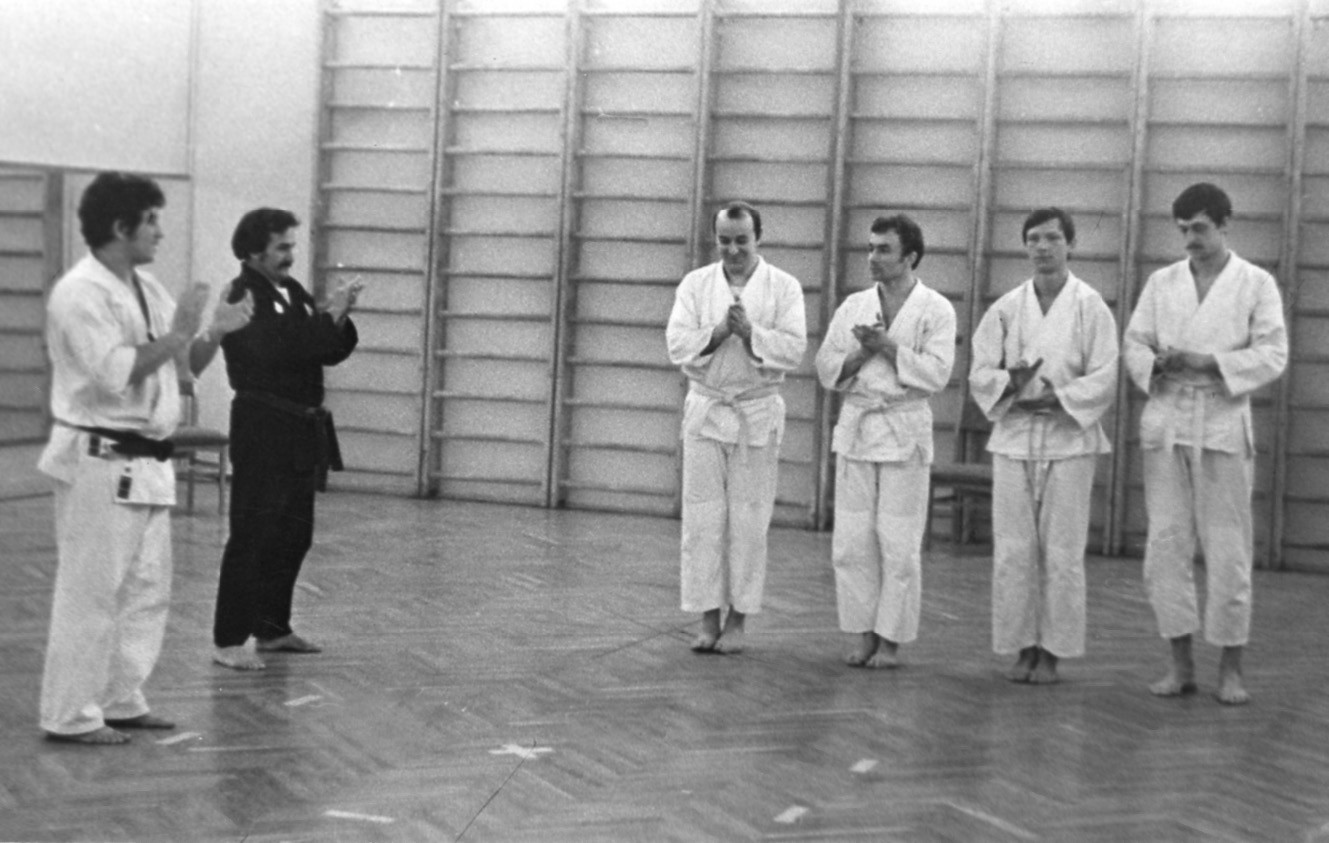 The master arrived in November 1978 in Moscow.

Valery Velichko/From Lubyanka to the Kremlin: Non-tourist Trips Around the World, 2015

A few years later, in 1982, KGB agents traveled to Cuba for a traineeship in operational karate, and in 1989 Cuban specialists were once again invited to Moscow, to test the skills of President Mikhail Gorbachev’s bodyguards.

Operational karate has been used by Russia’s security forces ever since, with it becoming the only country after Cuba to adopt the style. In February 1990, the USSR got its own Jyoshinmon Federation, and in July 1991 - the Jyoshinmon Syorin-Ryu School of the USSR. Both organizations were headed by Yuri Maryashin. 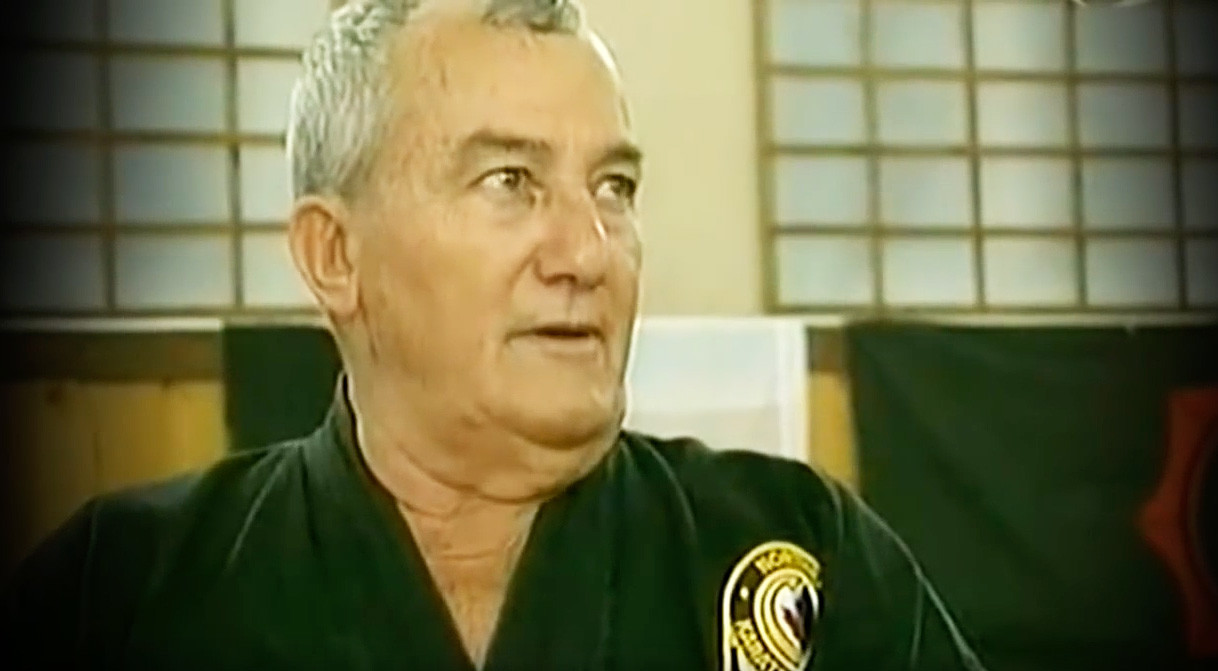 In 2004, the media quoted Raul Riso as saying: “When it comes to using operational karate in practice, there is no one better than the Russians.” He died in 2011 but remained in the memory of Russia’s security service officers as a wise and modest teacher.