That certainly was some great friendship.

Legion Media, Freepik.com, M. Ganckin/Sputnik
India was never a socialist country, but its bilateral relations with the USSR were exclusively great.

“India was, I guess, the most positive example of USSR’s connections with non-socialist states,” states Sergei Lounev, professor of Oriental Studies at the Moscow State Institute of International Relations.

The statement rings true. Compared to the Cold War disinterest towards pro-American countries, such as Japan or South Korea, or the love-hate relationship with China, Soviet-Indian relations seemed almost flawless, since the independent Indian state emerged in 1947. Nikita Khrushchev and Jawaharlal Nehru, Leonid Brezhnev and Indira Gandhi, Mikhail Gorbachev and Rajiv Gandhi – all of those very different leaders found mutual understanding and did their best to further improve relations between Moscow and New Delhi. Here are some proofs. 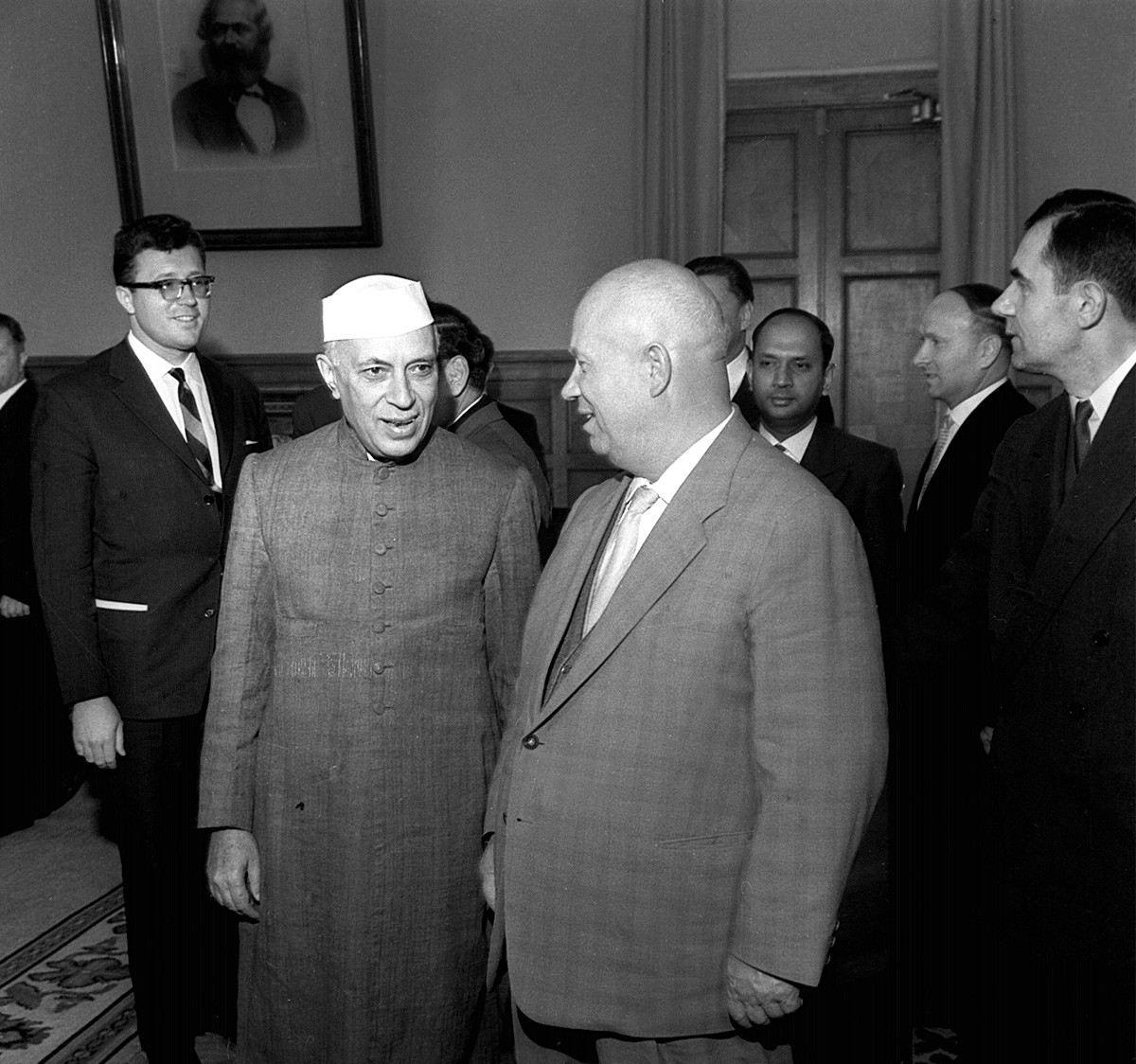 The Arthashastra, an ancient Indian treatise (written work) on statecraft, says: your neighbor is most likely to become your enemy, while the neighbor of your neighbor is your natural ally. That was very true in the case with the USSR and India. The two shared no physical border; hence there were no territorial disputes whatsoever.

At the same time, both countries were eager to restrain China: India from the very beginning, as there were territorial disputes, the USSR – since the 1960s when Soviet-Chinese relations soured drastically due to Mao Zedong’s disapproval of Khrushchev’s policy.

In Indian-Pakistani relations, which have been very troubled and hostile from the moment the two states emerged in 1947, Moscow also sided with New Delhi, as Islamabad became an ally of the U.S. “Pakistan, as it became an ally of Western block’s leader, start to pose a serious threat for India. In search of a counterweight, Indian elites turned to the socialist countries, first of all, the USSR,” Lounev explains.

On paper, Moscow was the leader of the socialist countries, as New Delhi co-founded the Non-Alignment Movement of neutral countries. But it didn’t prevent both states from acting together to achieve their common goals. 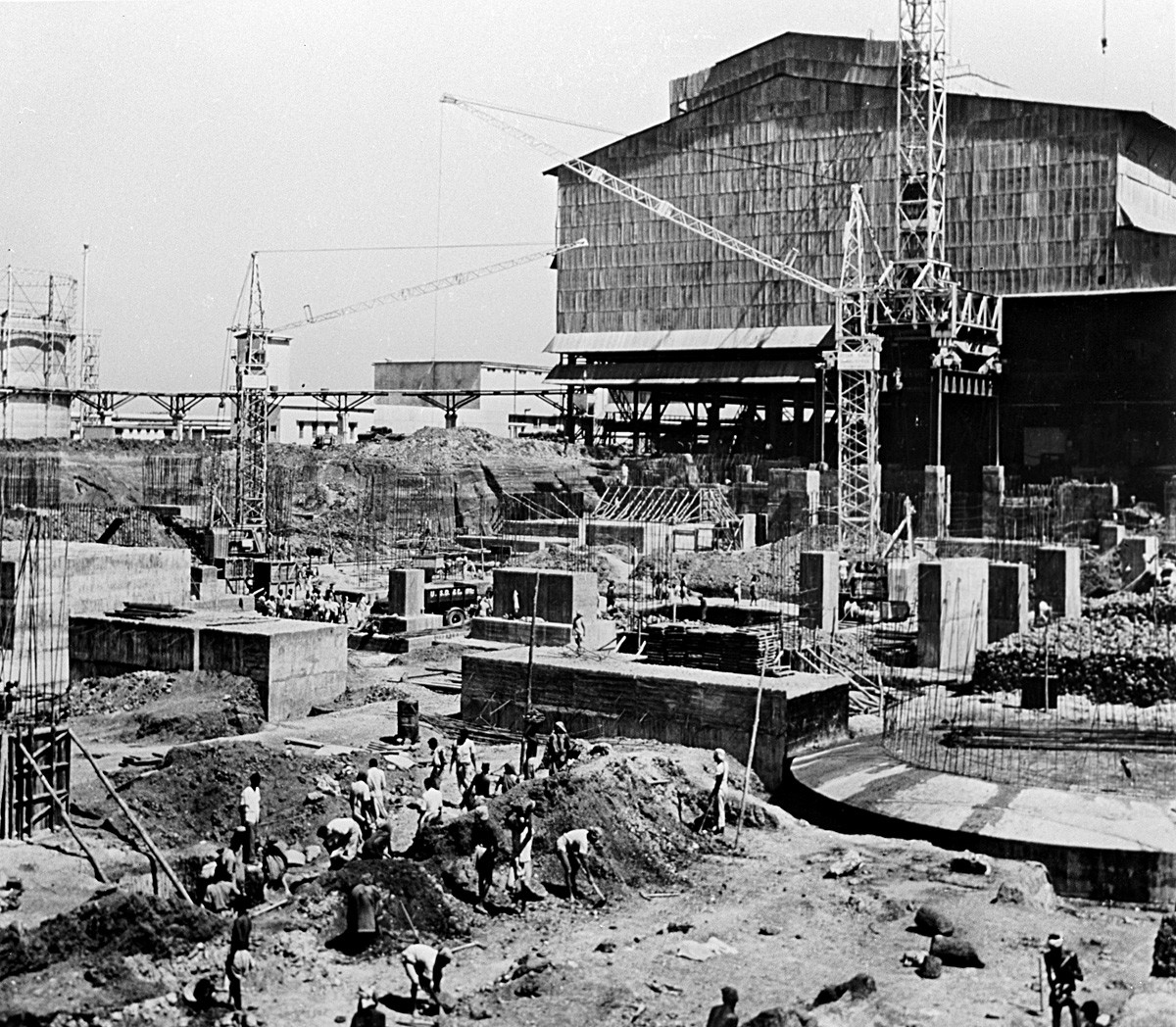 Construction of new open-hearth furnaces at the Bhilai Iron and Steel Plant.

After Jawaharlal Nehru, India’s first prime minister, visited the USSR in 1955, he said: “I am deeply impressed by the great achievements of the Soviet Union. I saw this enormous country transforming thanks to the hard work of its people.” As Soviet-Indian relations evolved, the Soviets helped to transform India, too.

For instance, in 1955, the Soviets built the Bhilai Steel Plant, their first joint venture and the biggest ironworks plant in the country, which produced roughly as much steel as all pre-existing steel plants in India (it is currently still in operation). Many other plants - and ventures - followed, all built on soft loans. “From 1955 to the late 1960s, the USSR helped India with the total of $1,5 billion loans and helped to build dozens of big enterprises in the key fields of its economy: ironworks, energetics, engineering, petrochemistry,” Prof. Felix Yurlov, Indologist from Russia’ Institute of Oriental Studies, sums up.

3. Moscow was New Delhi’s ‘umbrella’ in the international arena 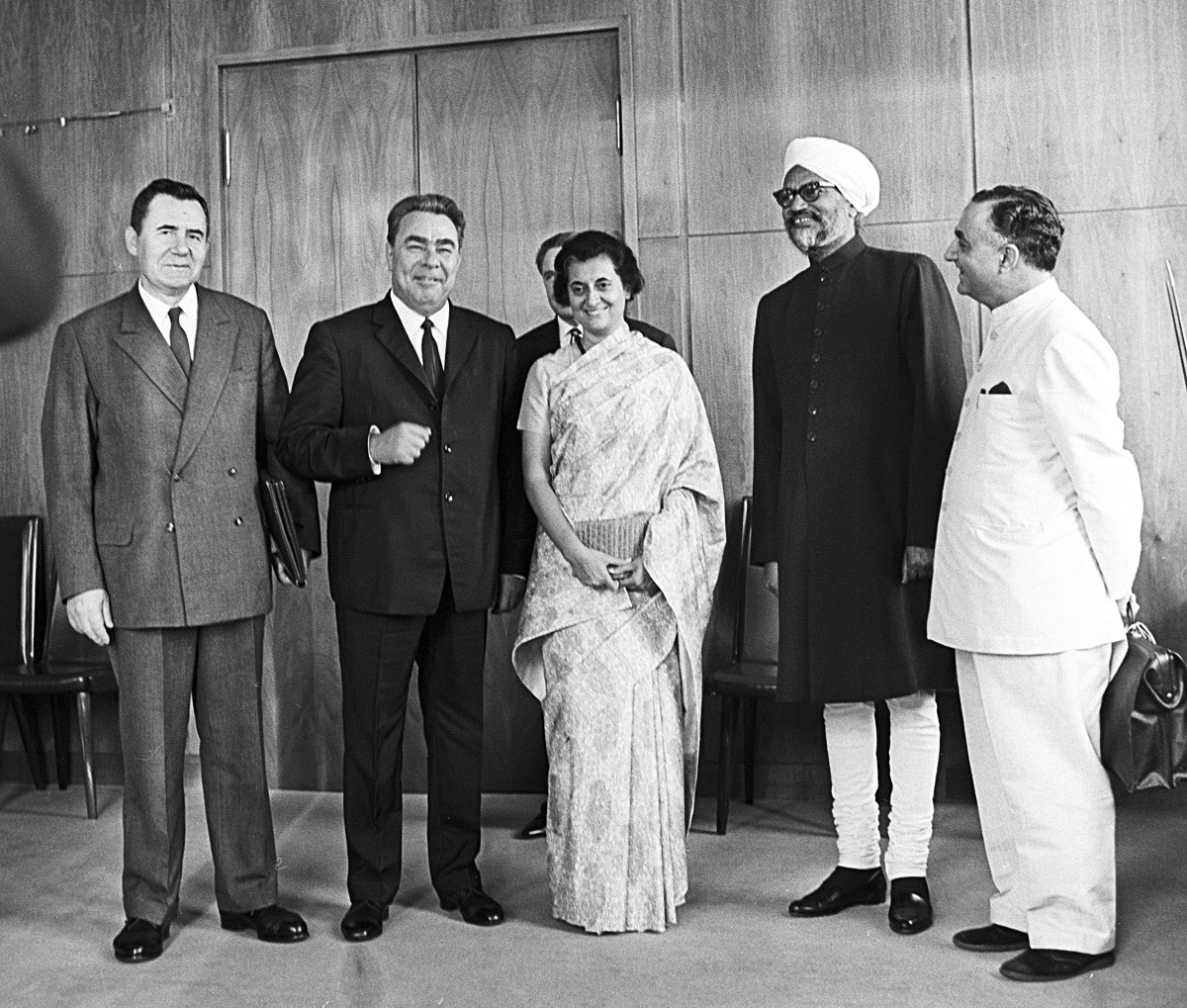 Brezhnev and Gandhi in Moscow, accompanied by other Soviet leaders.

As we mentioned in the first point, the USSR needed India – for restraining China and in order to prevent it from falling into America’s arms. Thus, throughout the conflicts in South Asia, when India clashed with pro-Western Pakistan, Moscow supported New Delhi – not on the battlefield but diplomatically.

In 1965, Indira Gandhi wrote to Triloki N. Kaul, her ambassador to Moscow, pondering the responsibility of war with Pakistan and the USSR’s reaction: “India is the main country that can, in the course of time, prevent further Chinese expansion. India’s ability to do so, however, is crippled by her disputes with Pakistan… the USSR wants to proceed without hurting the basic interests of India.”

She was right – in 1971, the USSR and India signed a Friendship Treaty, implying that the two countries would restrain from any military alliances directed against the second country and consult each other in case a third nation attacked (for the USSR, it was the first such treaty with a state that didn’t officially champion socialism).

Later that year, as an Indo-Pakistani war broke out, the USSR did everything to guarantee India’s victory. “Moscow’s veto paralyzed the UN Security Council until India’s victory was complete,” American scholar Vojtech Mastny noted in an article on Soviet-Indian relations. Moreover, Moscow sent a fleet to the Bay of Bengal to prevent a possible attack by the U.S. As a result, India won indisputably. Until the collapse of the USSR, New Delhi could count on its vote within the UN, in case of any conflict.

4. Friendship remained, no matter what 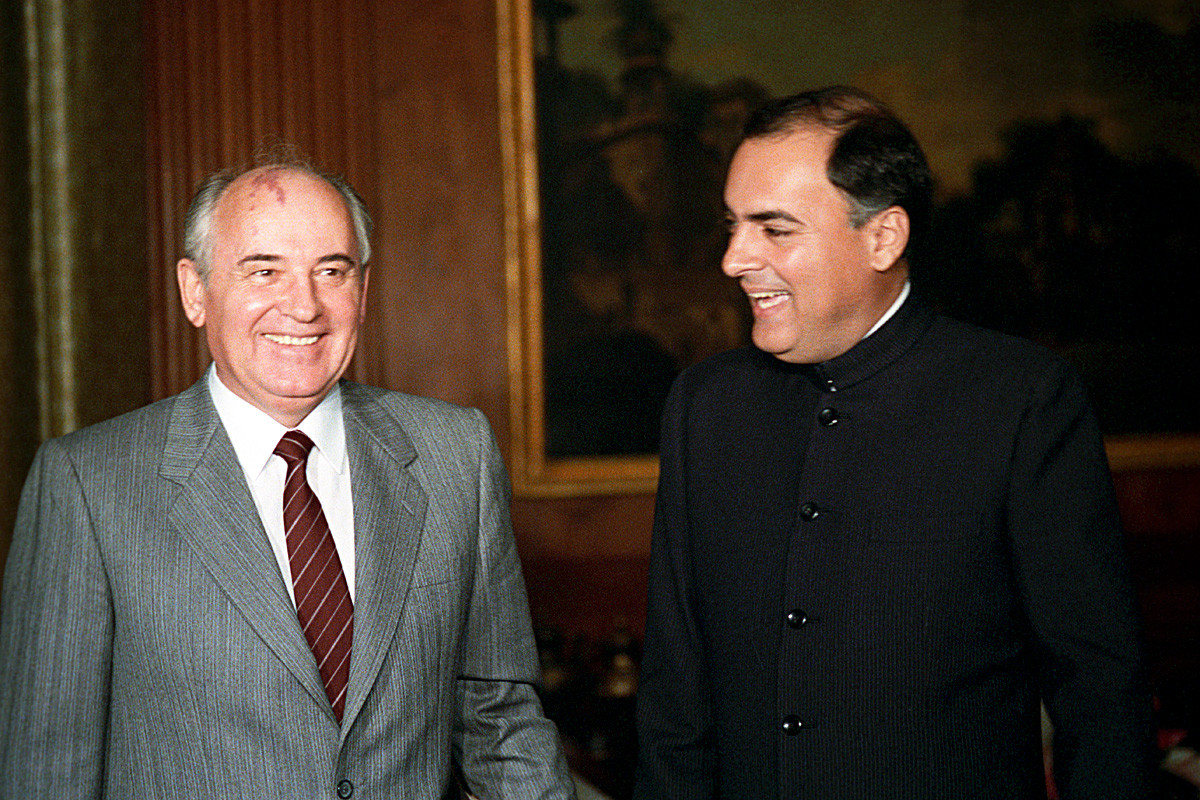 Mikhail Gorbachev and Rajiv Gandhi during Gorbachev's visit to India in 1988.

Surely, circumstances changed as the years went by: the USSR eventually improved its relations with India’s archenemy, Pakistan, while India never relied exclusively on Moscow, developing economic and political ties with Washington, as well. Also, both India and the USSR reached a rapprochement with China (in the late 1980s). Nevertheless, none of that ruined good relations between the two states.

The internal changes, however fast and unpredictable, also didn’t affect the bilateral cooperation: be it the power shift from the left-wing INC to the right-wing BDP (and back) in the Indian parliament or the change of the Soviet foreign policy course. “It is just amazing how much we have in common,” India’s Rajiv Gandhi marveled after meeting Mikhail Gorbachev in 1988, to which the Soviet leader agreed.

Both of them supported the ideas of denuclearization and tried to promote international peace – which was quite on the contrary to their predecessors’ (Indira Gandhi and Leonid Brezhnev) hardcore realism. The two countries continued to develop their relations up to the USSR’s collapse in 1991. The new Russia inherited many troubles from the USSR – but good relations with India remained and were never in doubt.