A day in the life of a Russian Emperor 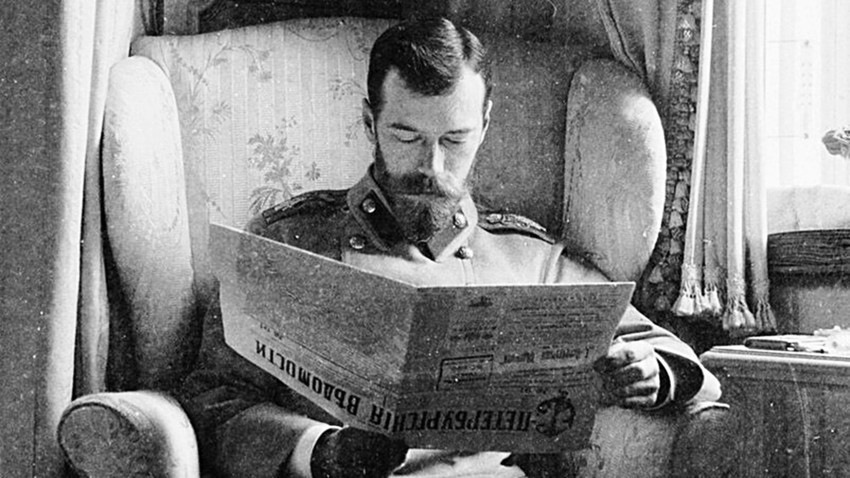 Nicholas II reading a newspaper in his palace at Tsarskoye Selo, 1902.

Archive photo
Russian Emperors were the first civil and military officers of the Empire. Even their ceremonial duties were so complicated and repetitive that these duties alone could drive anyone mad. We look at the work routines of three Russian emperors.

Russian emperors had to work, much like contemporary office managers do. With the help of Russian history professor, Igor Zimin, who elaborately researched the work routines of several Russian emperors of the 19th century, we took a look at a typical working day of three of them.

The emperor’s daily routine would change with the seasons. In winter, emperors lived in the Winter Palace in St. Petersburg, and during summer, the royal family would move to their residences in Tsarskoye Selo, Peterhof and other places. Igor Zimin’s estimates of the exact hours in which emperors would start this or that activity are, of course, approximate; nevertheless, all emperors adhered to a regular schedule. Otherwise, it would have been impossible to govern the vast Russian Empire. 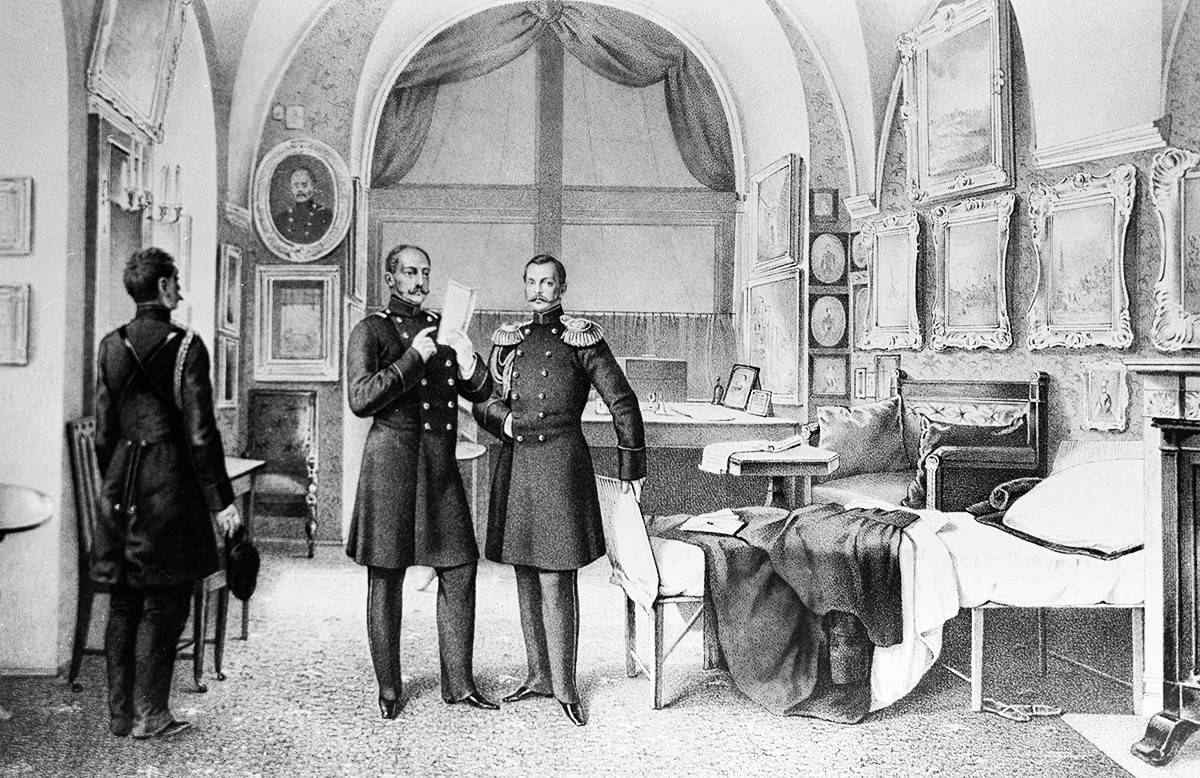 "Letter from Crimea" by A. A. Kozlov. Emperor Nicholas I in his study in the Winter Palace, St. Petersburg.

The daily routine of Nicholas I (1796-1855) became the basis for the subsequent routines of his son, and thereafter, his grandson. A lot of contemporaries agreed that Nicholas’s routine was backbreaking – but that was because of the Emperor’s outlook on life: Nicholas didn’t trust anyone and thought everything should be double-checked. We’ve put together a very exact list of Nicholas’s daily “chores”.

7 AM: Waking up, morning washing and bathing.

8 AM: Attending a daily report meeting with ministers.

10-11 AM: A morning walk on the Neva quay, alone, without security. Clad in a simple military overcoat, the Emperor would casually greet any acquaintances and friends along the way.

1:30 – 3:30 PM: A walk in the city, or a coach ride across the city, visiting and inspecting various state institutions. Daily Emperor’s inspection rides would always keep the civil institutions of St. Petersburg on their toes. 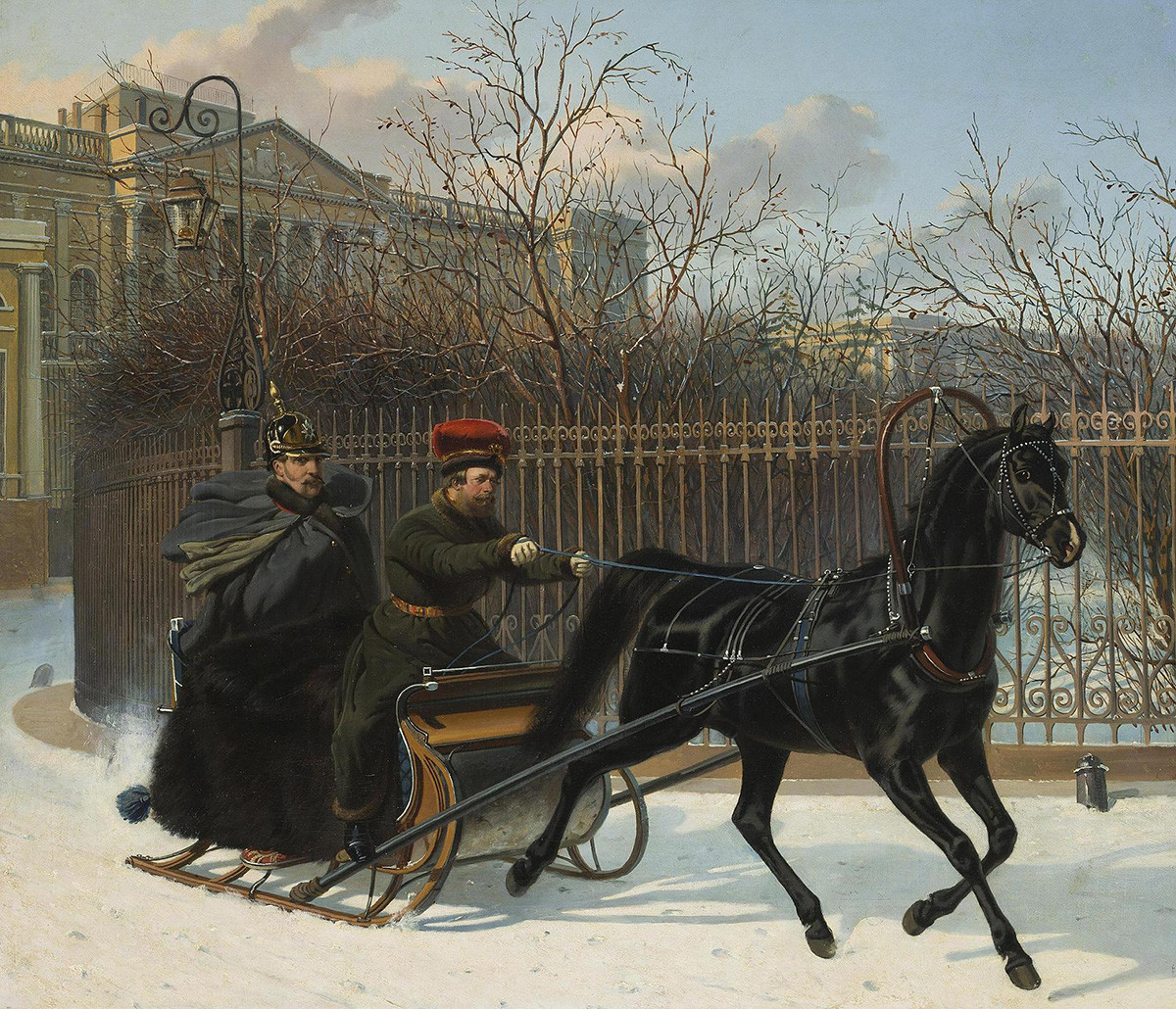 "Nicholas I in his sledge" by Nikolay Sverchkov, the 1850s.

8 PM – 11-12 PM: Social time: receptions, visits, ballroom parties, theatres, masquerades. The Emperor would use these occasions for small talk or for clandestine negotiations with foreign envoys.

11-12 PM – 1-2 AM: More paperwork in the emperor’s study (which often ended with the emperor falling asleep at the table).

2 AM: An evening prayer and sleep. 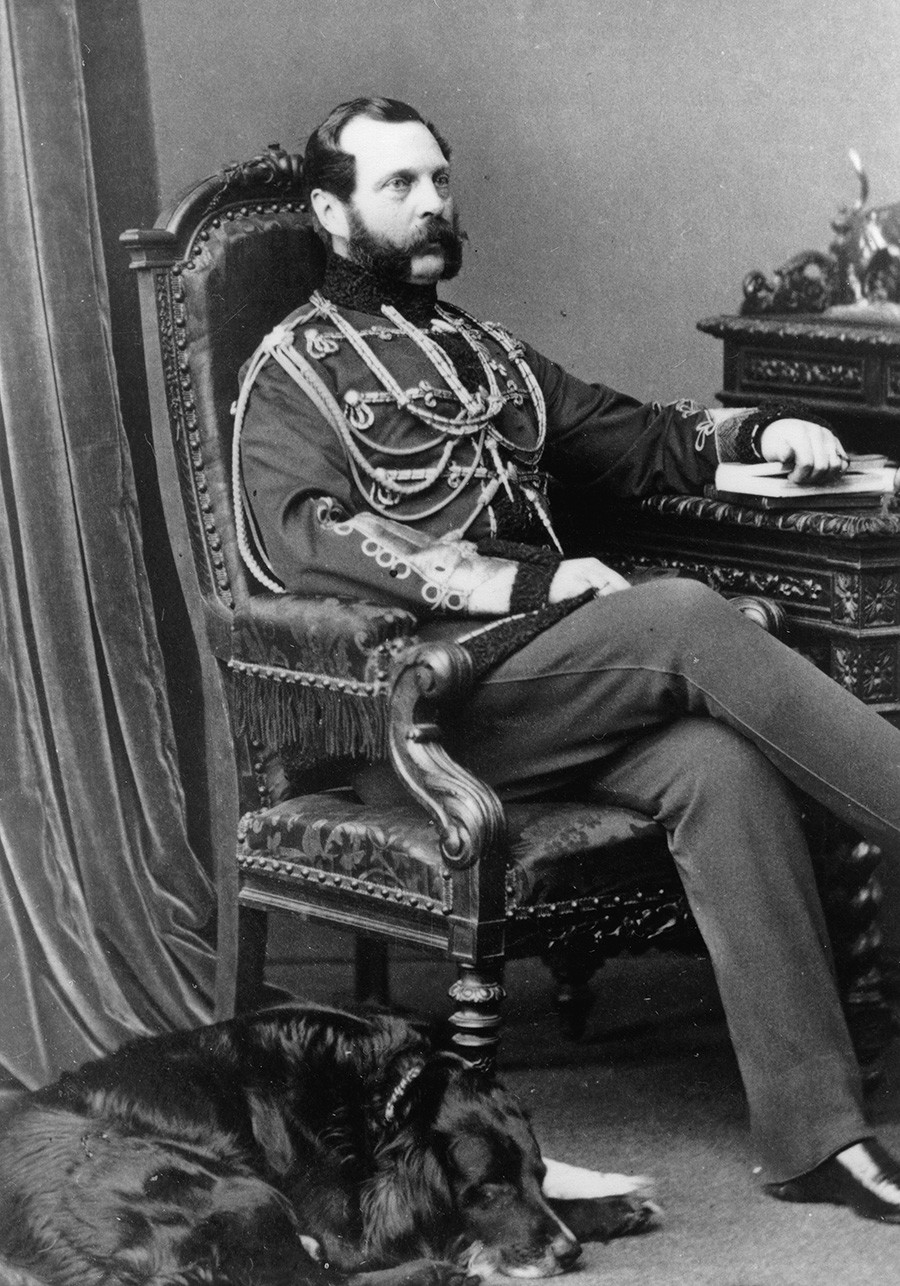 Alexander II (1818-1881), Nicholas’s son, had been accustomed to civil service since his coming of age. Nicholas often trusted his son with minor state affairs. However, when Alexander became the Emperor, his routine was slightly different from that of his father’s. His most striking feature was his calmness, even serenity, in the face of grim events: wars, uprisings, economic instability. Even his death happened in part because the imperturbable Alexander stepped out of his carriage to speak to his wounded would-be assassin, and a second bomb went off, killing the tsar.

Before 10 AM: Waking up, morning washing and bathing, breakfast.

10 AM: Attending a daily report meeting with ministers (even on Orthodox holidays and state festivity days).

11-12 AM – 6 PM: State and court affairs. Unlike Nicholas, Alexander didn’t have fixed hours for inspections or paperwork. He worked when he could, even on trips to other parts of the country; then, Alexander would have his papers delivered to him. However, Alexander could at any time declare a “break from affairs”. During these breaks, he forbade anyone to talk to him about “work”. 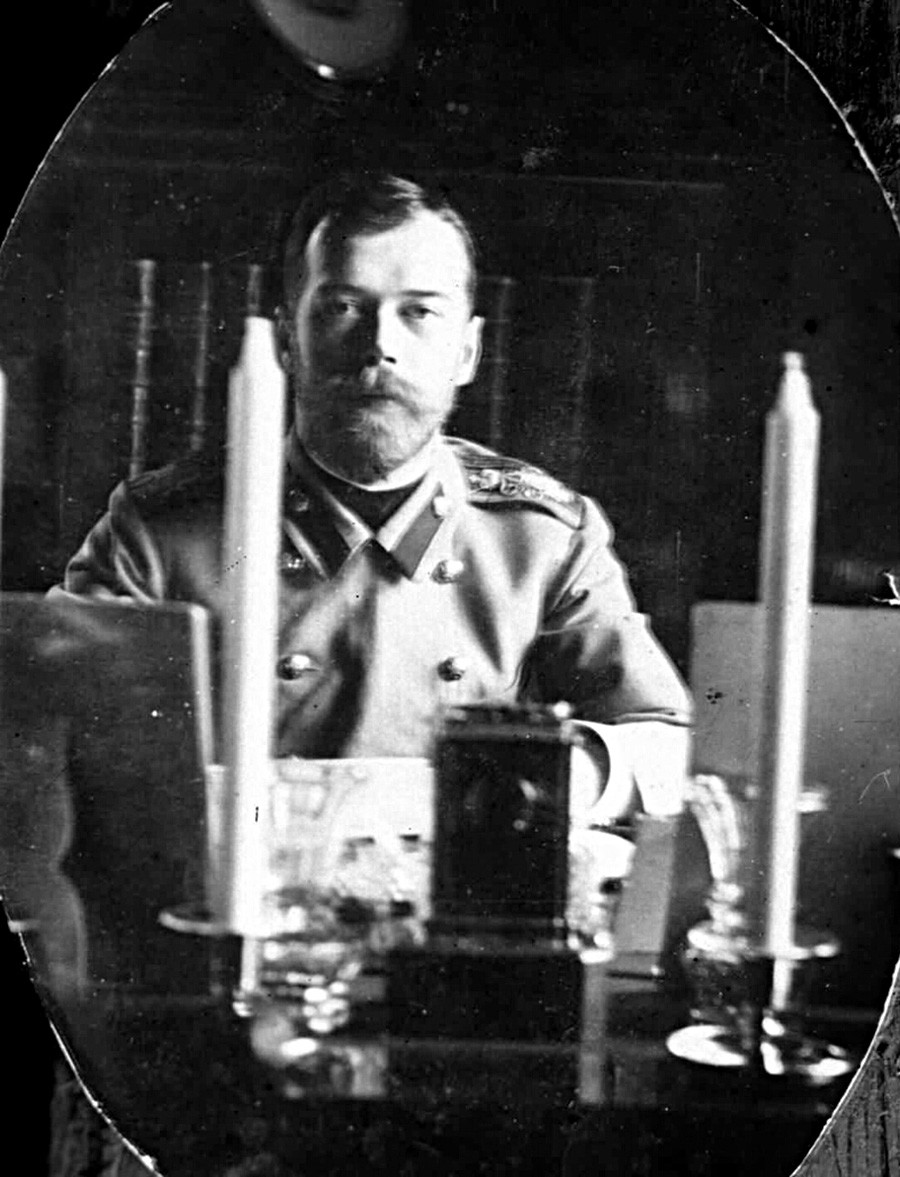 Nicholas II taking a selfie in his study, 1900

After his father, Alexander III (1845-1894), had suddenly died, the burden of royal responsibilities fell on Nicholas II (1868-1918) unexpectedly. But he rapidly developed his own work routine.

9 AM: Quick breakfast with tea in private rooms.

10 AM: Hearing up to 3 reports from up to 3 ministers, respectively.

After the report meeting and until 1 PM: Meeting with selected visitors.

1 PM: “Official” breakfast with the Empress and guests.

2 PM: Tea with friends in private rooms with the Empress.