What is BENEATH the Kremlin? 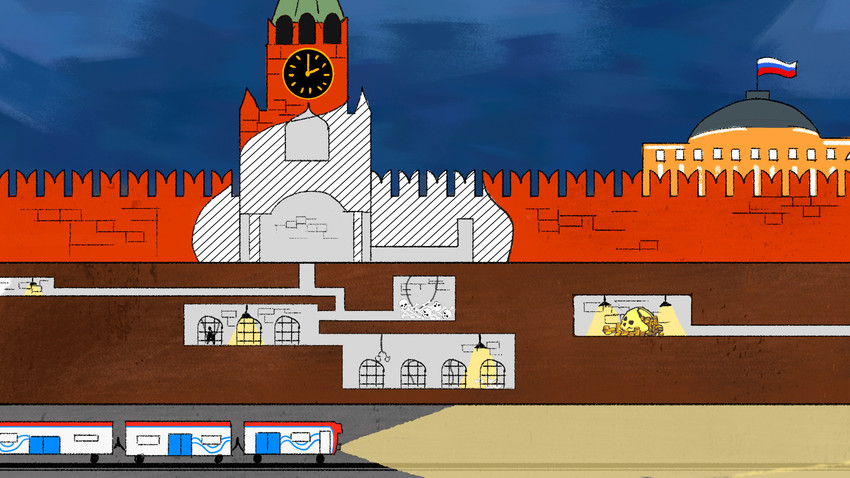 Anton Romanov
Are there hidden treasures, concealed bunkers and/or secret passageways to be found underneath one of Europe's most famous fortresses?

The Moscow Kremlin is the largest surviving fortress in Europe, and is associated with a number of secrets. Countless generations of researchers have tried to solve them. Is Ivan the Terrible's library hidden under the Kremlin? Are there underground passages leading from under the Kremlin to other parts of the city? These questions and many more still do not have definitive answers. 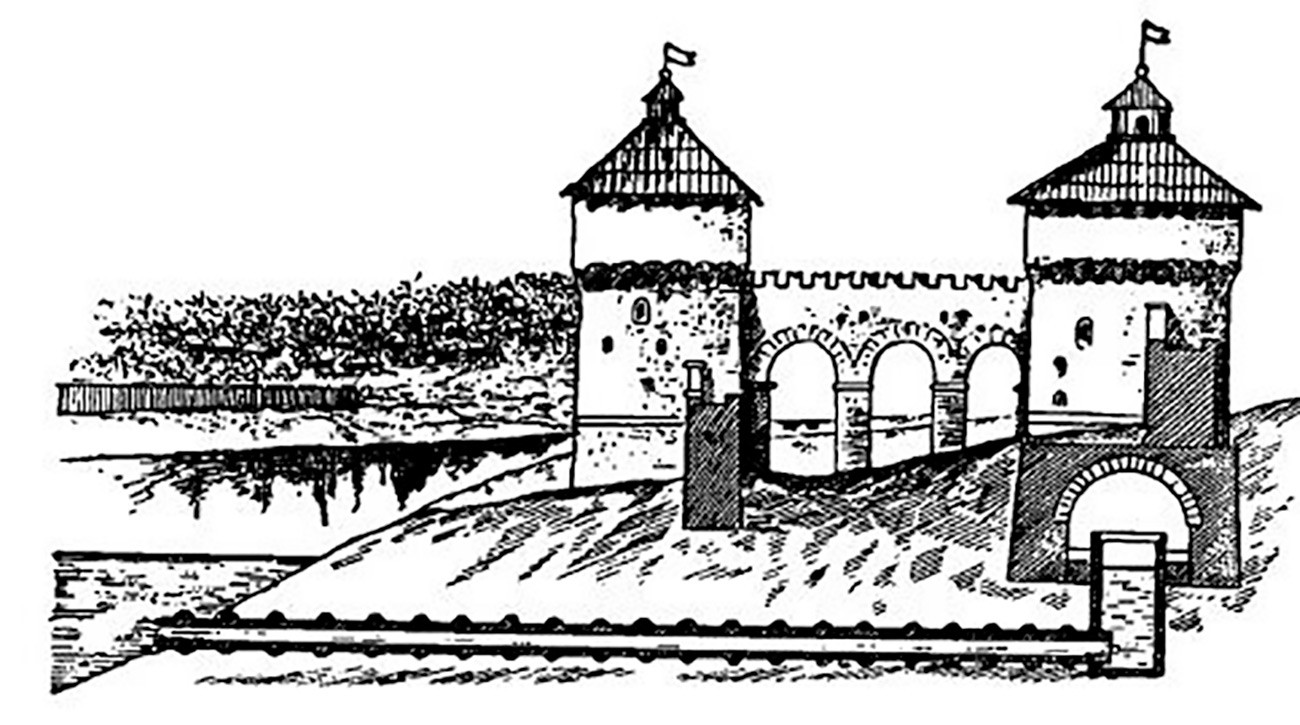 Drawing of the Taynitskaya tower's inner construction and the secret well

Each medieval fortress had secret passages and tunnels underneath it. The Kremlin was no exception. Since it was first built, it did have hidden water intake tunnels. However, the fortifications of both the original wooden Kremlin and of the white-stone fortress, built under Dmitry Donskoy, did not survive to present day. The Kremlin we see today was built under Ivan the Great. In the late 15th century, it became clear that the Kremlin was no longer fit for modern warfare: its walls and towers, which had been damaged by many sieges and fires, could no longer withstand enemy attacks.

Ivan invited Italian architects, who built the brick walls and towers, the churches - and the palace of the Grand Duke. It was the Italians who created the Kremlin's basic underground structures, a must-have for any fortress. In 1485, a hiding place was built under the Tainitskaya Tower, yet its purpose is unknown. It was discovered in the 17th century, but it was no longer possible to access it: the steps leading down to it were missing, the walls had collapsed, and the locked doors were blocked by construction waste. In 1826, a watchman drowned in the resulting well. Most historians now believe that it must have been one of the hidden water tunnels. 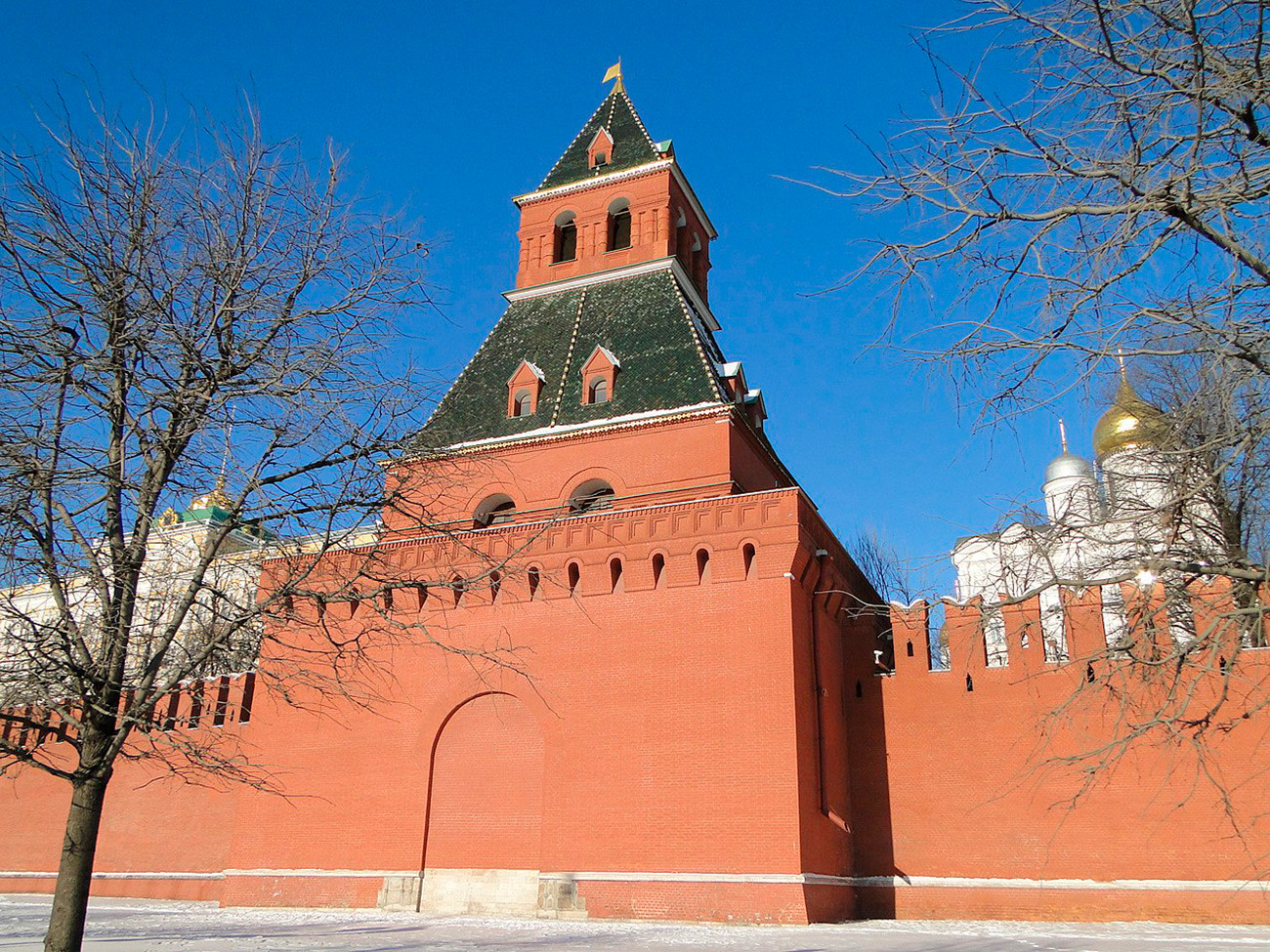 Taynitskaya tower of the Moscow Kremlin

Architect Ilya Bondarenko, who explored the Kremlin in 1918, wrote that in one of the towers “a hidden chamber was set up as a means of preventing undermining”. Undermining was an effective way of breaching the walls of such a strong and impregnable fortress as the Kremlin was. A tunnel would be excavated under the outer defences, with explosives planted at the end of it, which would collapse the fortifications. One countermeasure against undermining was excavating alternative tunnels that ran from the fortress towards the walls and ended with small louvers, through which the defenders could hear the enemy digging and prevent further undermining. The Pskov Kremlin alone has no less than 20 of such “eavesdropping tunnels”, and the Moscow Kremlin has them, too. 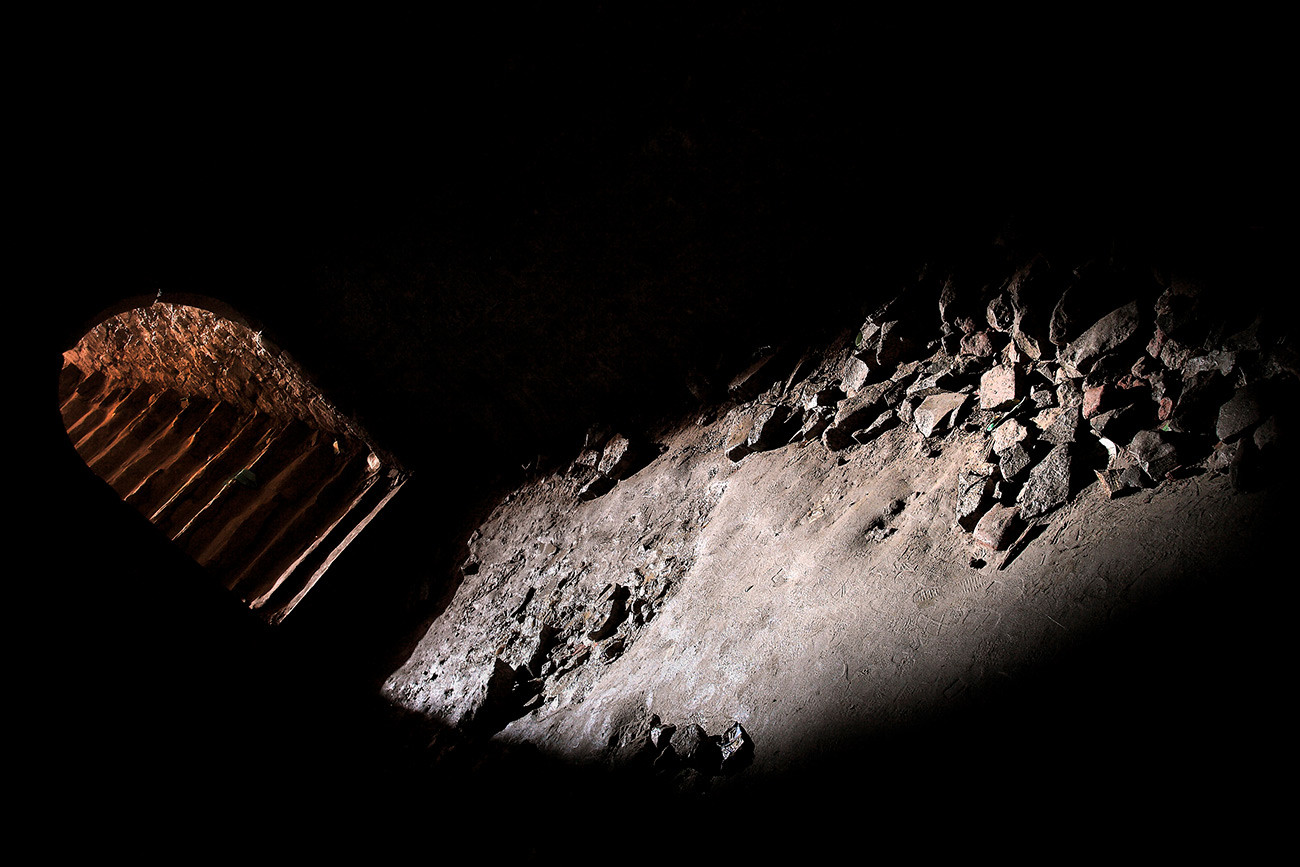 The Kremlin dungeons wore out their prisoners with darkness

From 1525, the underground vaults of the Beklemishevskaya Tower were used as a dungeon and a torture chamber. It was here that Ivan the Terrible had his enemy, Prince Andrei Khovansky, kept as prisoner. The neighboring Konstantino-Eleninsky Tower is connected to the Beklemishevskaya Tower by an underground passage, which was also converted into a dungeon (its total length is about 170 meters; 557 feet). 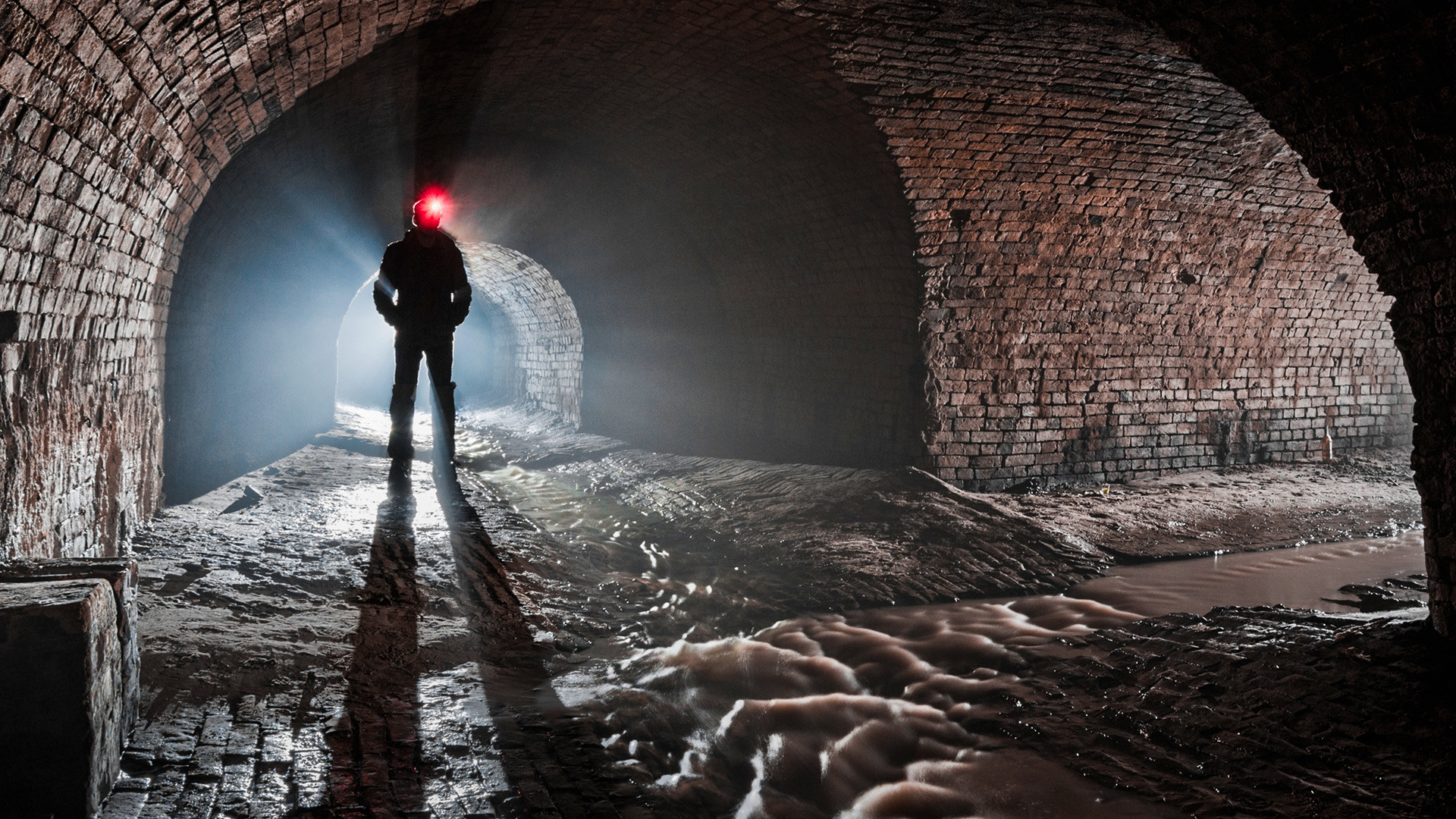 In his book “Old Moscow”, a 19th-century chronicler, Mikhail Pylyaev, described “a covered corridor with narrow windows where those condemned to torture were being kept; they had gags in their mouths, which were removed only to allow them to answer a question or to take some meager food, and were chained to the wall, which had iron clamps and rings in it”. Near the Cathedral of the Archangel, there were once dungeons for those who owed money to the church: they were made to sit on so-called “penitence chairs”, stumps to which they were chained. These dungeons are still there today. These days, they contain the remains of Moscow princesses and tsarinas, which were rescued from Ascension Convent within the Kremlin, when it was destroyed by the Bolsheviks in 1929. 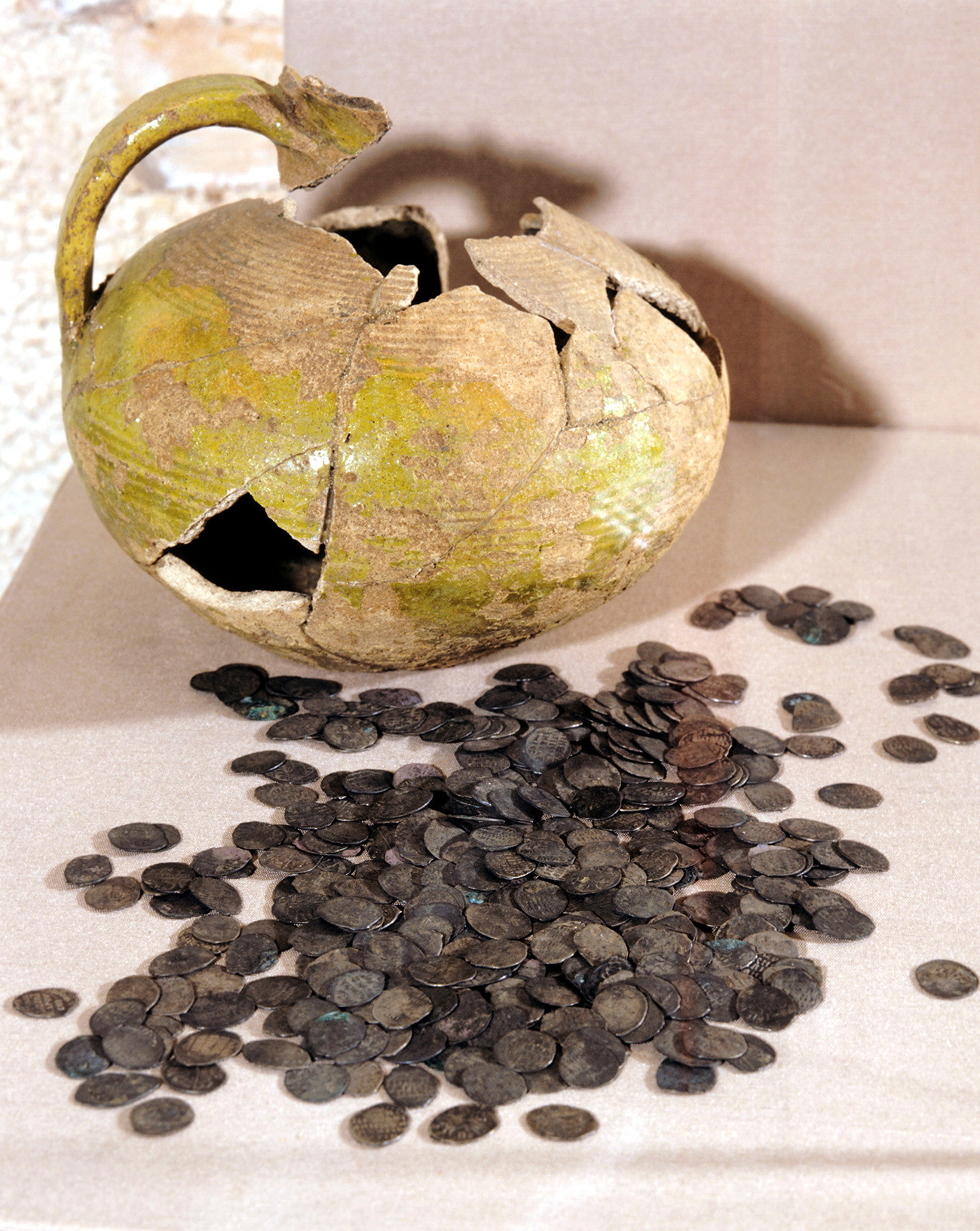 Coins of 16-17 centuries. This is how money of Ivan the Terrible's epoch looked like.

One of the main advantages of a stone Kremlin was that it could be used to preserve valuables even in the event of a fire. In 1840, during excavations under the Cathedral of the Annunciation, a secret passage was discovered, as well as brick and white-stone cellars and four underground chambers stretching from the Faceted Chamber to the Annunciation Cathedral - a distance of 40 to 50 meters (130-164 feet). The basement of the Annunciation Cathedral was intended to store treasures belonging to the Grand Dukes. During excavations here in 1894, archaeologist Prince Nikolai Shcherbatov must have come across one of its arches. Nearby he also discovered the ruins of the Kazenny Dvor, built in 1484, which was used as a treasury by Moscow’s princes. 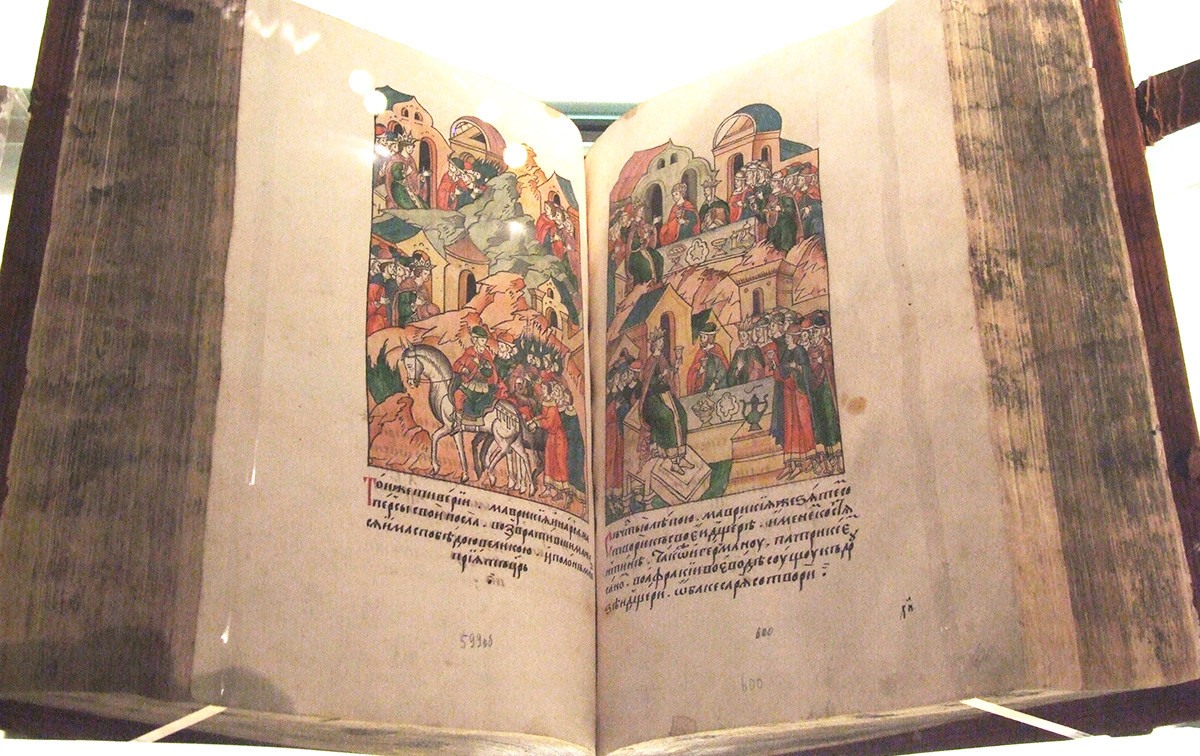 In 1518, Moscow Prince Vasily III invited well-educated monk Maximos the Greek to Russia to translate liturgical books. During his stay, the scholar also cataloged and expanded the library of Vasily III, which later formed the basis of the library of his son, Ivan the Terrible. In the 1560s, Tsar Ivan showed his library to pastor Johann Wettermann. He wrote that it was an exceptional collection of ancient books and manuscripts walled up in vaulted cellars under the Kremlin. Wetterman’s memoirs ended up being the only surviving account of the library.  After they were discovered in the 19th century, the search for the library began. Researchers believe that it may contain priceless books from the library of Sophia Palaiologina, the grandmother of Ivan the Terrible, and the niece of the last emperor of Byzantium, Constantine XI Palaeologus.

The first large-scale excavations in search of the library were conducted in the late 19th century by philologist Eduard Tremer, who believed that the library may be hidden under the Terem Palace. In the 1930s, archaeologist Ignaty Stelletsky also became obsessed with finding the library. He secured permission from the Soviet government and conducted numerous excavations in various parts of the Kremlin, sometimes even threatening the foundations of its buildings. Stelletsky found endless tunnels, buried, stoned in, heading in unknown directions, but there was no sign of the chambers that could house the library. In 1963, passages were indeed discovered under the Terem Palace, but they were never completely cleared. Since then, the search for the library has been discontinued, but many researchers believe that it does exist somewhere. 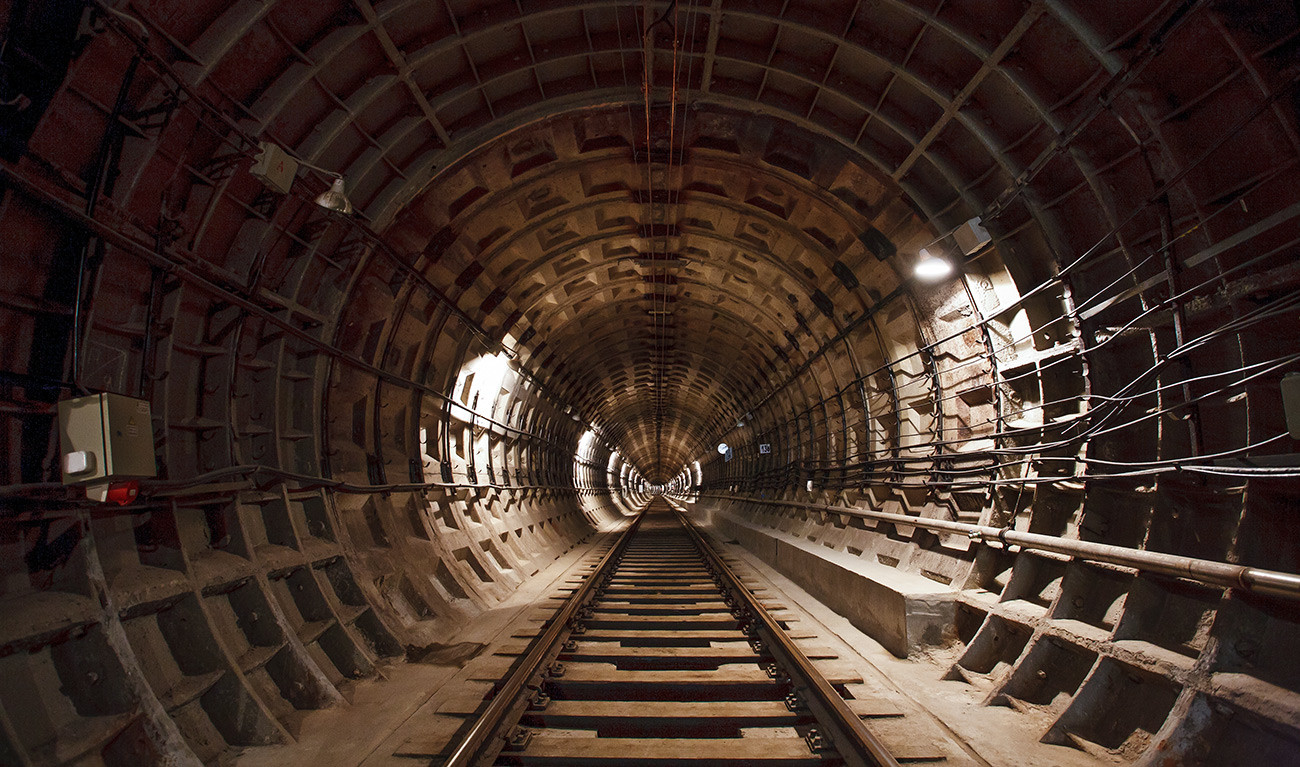 Just to be clear, Metro-2, an underground transport system created for mobilization purposes, does exist. The first post-Soviet mayor of Moscow, Gavriil Popov, confirmed it in a 2006 interview. Metro-2 was probably created simultaneously with the Moscow Metro, or a little later, and was intended to ensure emergency transport links between the most important defense and government facilities in Moscow (and to evacuate the staff of senior state structures in the event of an attack). One of those important facilities was, of course, the Kremlin.

Metro-2 runs very deep (from 50 to 250 meters; 164-492 feet) and is, strictly speaking, not a subway (with trains powered by a contact rail), but an underground railway with electric locomotives. Open sources cited in the relevant Wikipedia article contain references to upgrades and repairs made to electric locomotives used on the secret metro line. Part of Metro-2 is located under the Kremlin, from where the line runs to Stalin's Kuntsevo Dacha, another strategic facility, on the outskirts of Moscow.

There are probably other transportation facilities under the Kremlin, too. However, research into them, as well as any information about them, is classified: after all, the Kremlin continues to be the largest active fortress in continental Europe.