History
Boris Egorov
Today, it’s a rare Russian who takes an interest in South Africa. But at the turn of the 20th century, the Russian public was overflowing with sympathy for the Boers and seething with hatred for the British waging war against them.

“These God-fearing farmers spilling blood for the freedom of their Fatherland will forever be closer to the heart of Holy Rus than our sworn enemy, the cold and haughty England,” wrote the popular Russian newspaper Novoye Vremya on Oct. 16, 1899.

This emotional outpouring was caused by the Second Boer War, which had just begun in South Africa between the Boers — the descendants of Dutch, German, and French colonists, who where defending the independence of their two states (Transvaal and Orange Free State) — and the encroaching British Empire.

The Boers’ plucky resistance struck a chord with many countries around the world, including the Russian Empire, where admiration for these freedom-loving folk was combined with deep-seated Anglophobia. 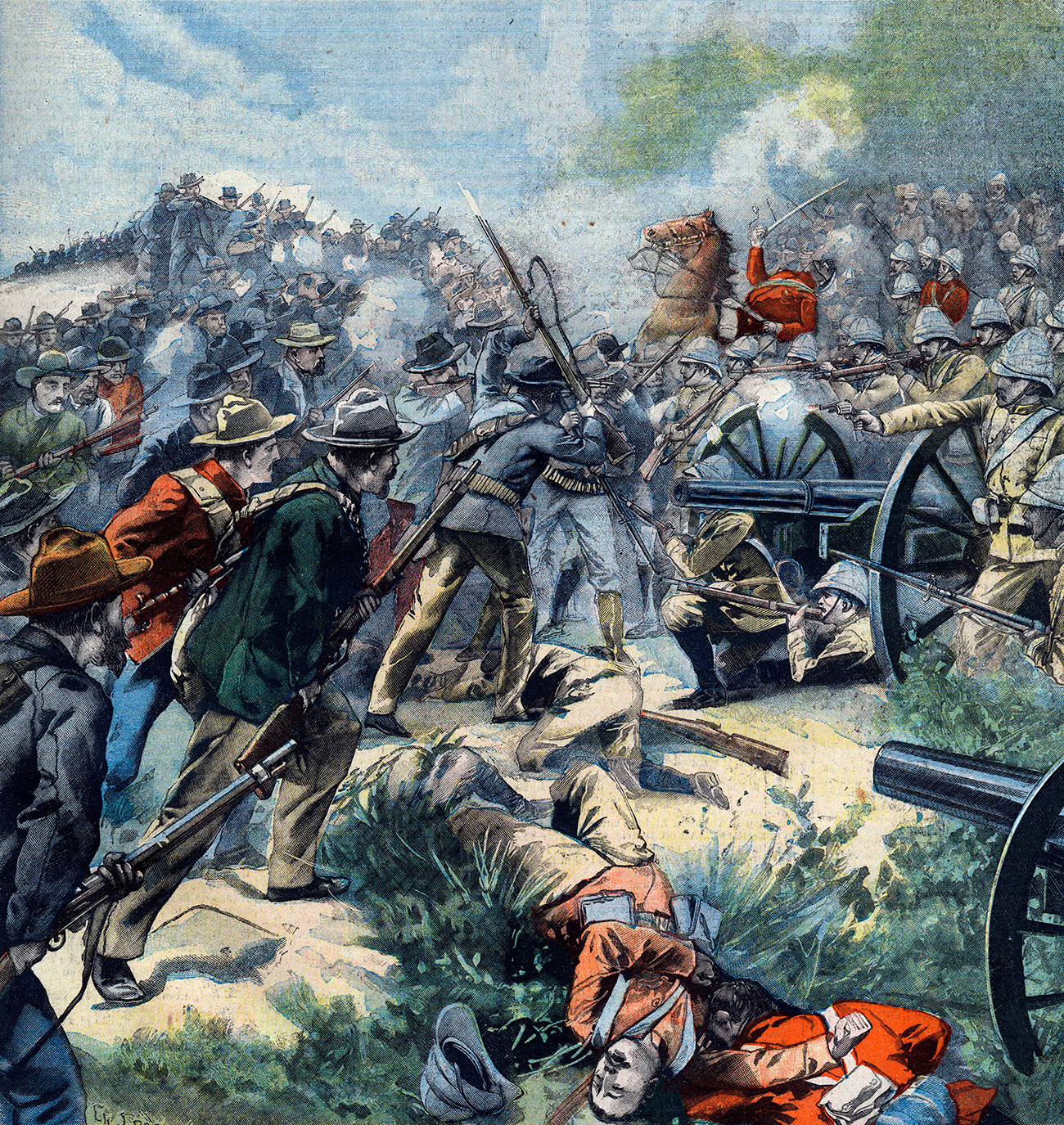 “The Boers have much in common with the Russians... Like the Russians, they are mainly an agricultural people,” wrote the same newspaper.

Some even noted a physical resemblance: strong, tall men with bushy beards. They were also deeply religious, and, like the Russians, had a placid temperament and strongly patriarchal way of life.

When the conflict broke out, Boer-philia swept Russia. Pubs and taverns hummed to the tune of the Boer national anthem and talk of the war in Africa. 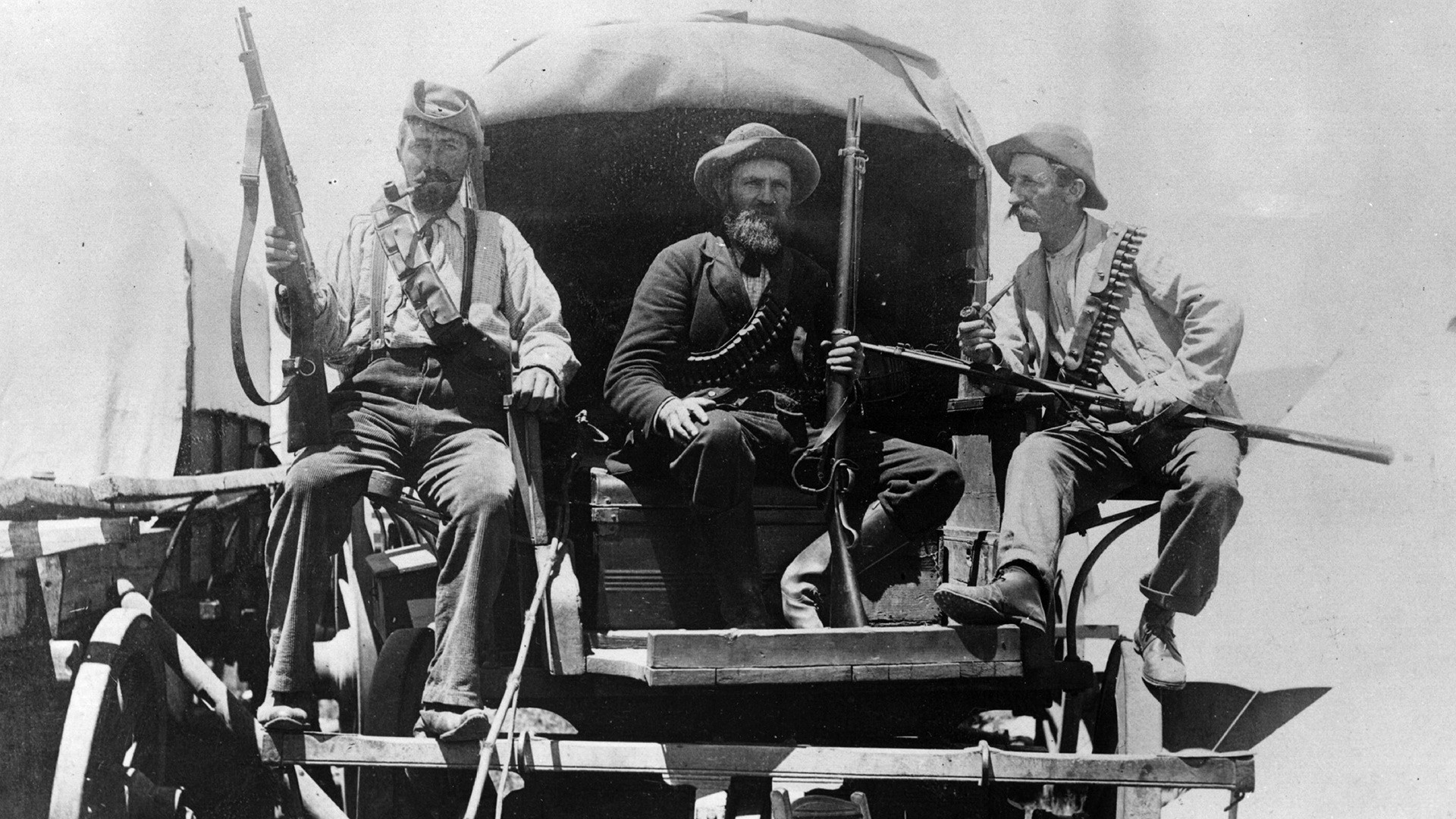 Donations were collected in churches and sent to the Boers. And when the Boer general Pete Arnold Cronier was taken captive, money was raised to send him a bratina — a large silver-ornamented winebowl. In it were sheets of paper bearing the signatures of 70,000 well-wishers.

Occasional exclamations in the press such as “We have enough problems of our own” or “What have the Boers got to do with us?” were quickly condemned. The country was gripped by a pervasive hatred of the “rapacious Briton” who trampled over the independence of small nations.

According to historians Apollon Davidson and Irina Filatova, who have researched the conflict, Russian history contains relatively few examples of such public unanimity. Even the liberals resented Britain for its perceived betrayal of liberal ideas. 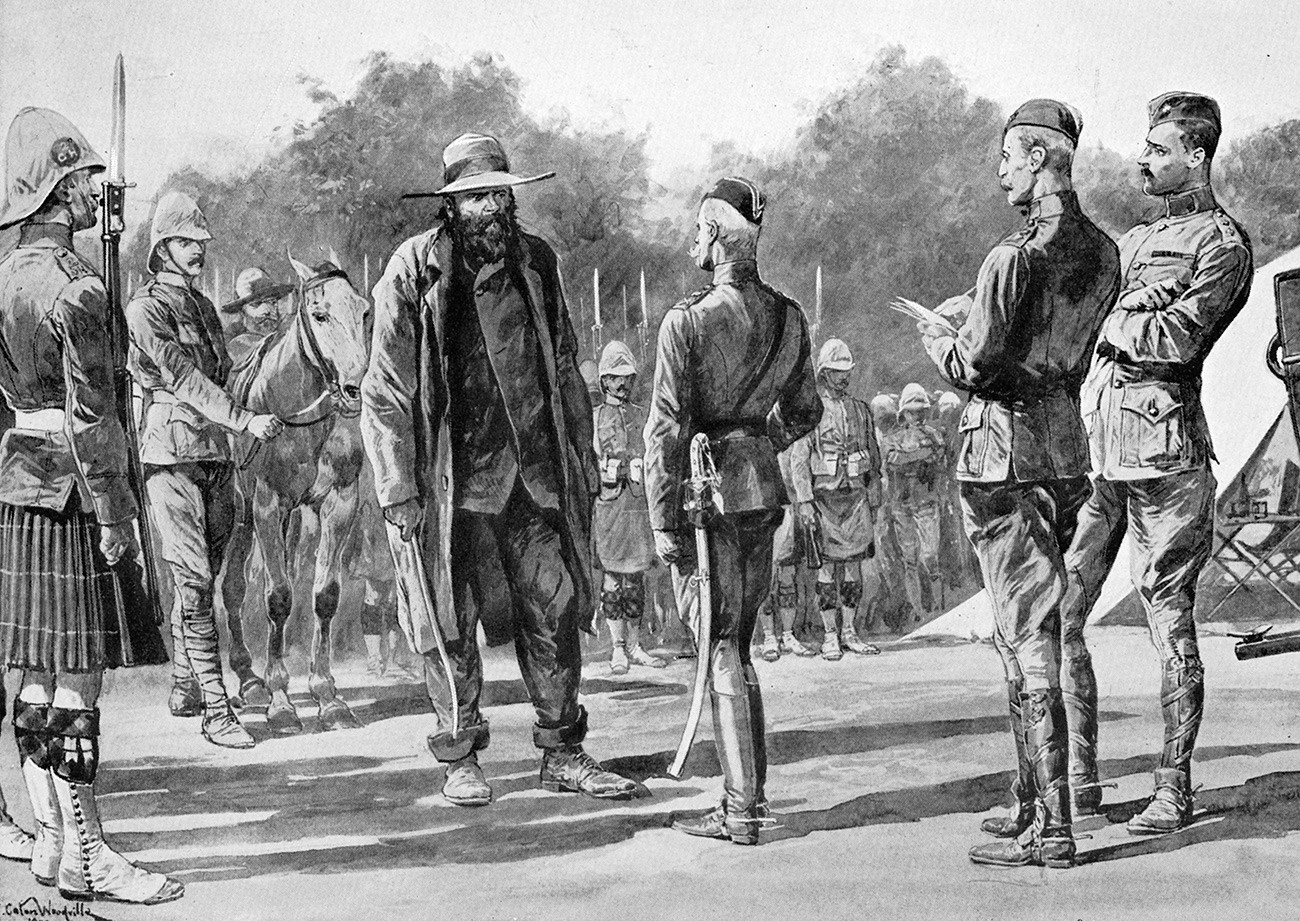 Foaming at the mouth, Anglophobic hotheads in Russia yelled and screamed for war with Britain. The situation for London was indeed worrying. Condemnation of Britain was sounding from many countries, including France, Germany, and the Netherlands. Anti-British propaganda was also promulgated by the Vatican. Worse, a string of sensational victories by the Boers in the early stages of the war had seriously undermined the military authority of the "Mistress of the Seas."

Russia’s leaders, however, did not want to go to war for the sake of some distant semi-mythical South African farmers. On March 22, 1900, Nicholas II wrote to Dowager Empress Maria Feodorovna (a.k.a. his mother): “It is amazing what nonsense people are saying... that we are on our way to Moscow to declare war on England.” 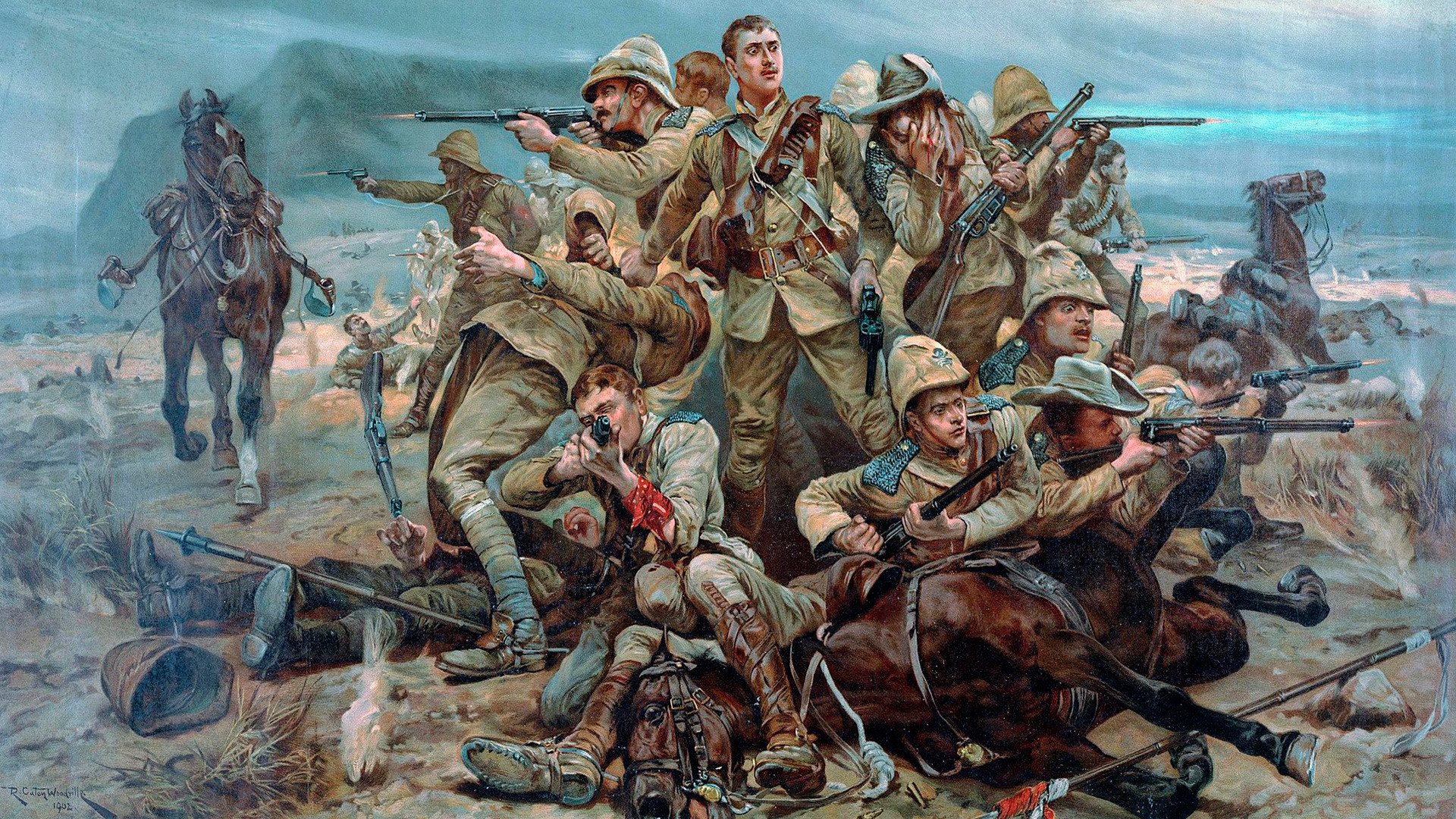 Nevertheless, the Russian Empire adhered to its pro-Boer position. The world saw it as perhaps the only force capable of stopping the British, by either military or diplomatic means. But all Russia’s efforts were ultimately in vain.

A peace conference in the Hague, convened at the initiative of St Petersburg six months before the war to avert conflict, had ended with the signing of a few meaningless documents that did nothing to stop the breakout of hostilities. The British did not even allow representatives of the Boer republics to attend it.

When war did erupt, St Petersburg made efforts to create an anti-British alliance with Berlin and Paris. The idea, however, failed because the two were still at loggerheads over the fate of Alsace and Lorraine. 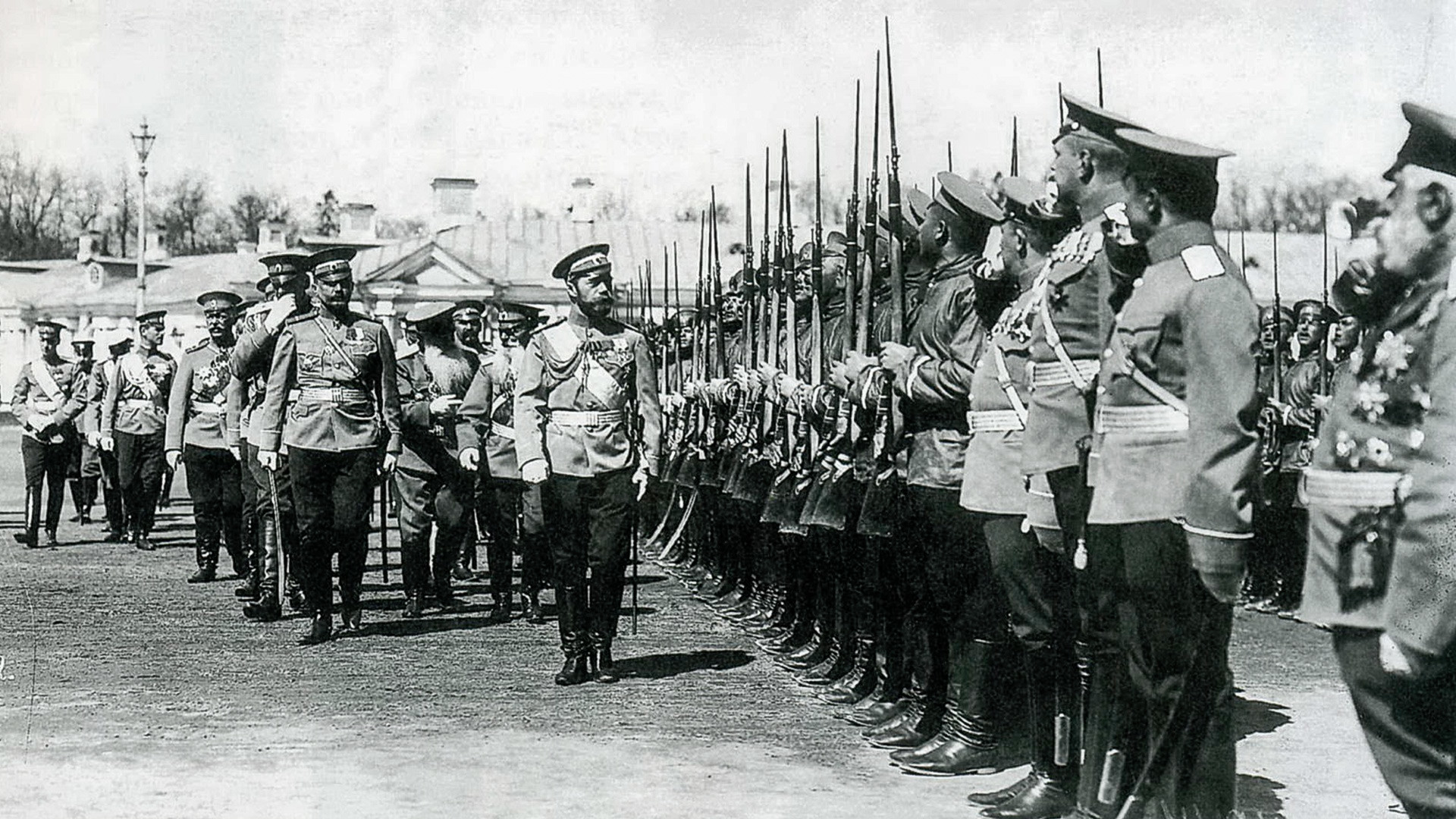 Emperor Nicholas II with the soldiers of the Izmaylovsky regiment.

Nicholas II was sure that he could stop the war at any moment. Soon after it started, he wrote to his sister, Grand Duchess Xenia: “You know, my dearest, I am not proud, yet pleased to know that the means to change the course of the war in Africa are mine alone. They are very simple: Telegraph an order to all the Turkestani [Central Asian] troops to mobilize and approach the border. That’s all! Even the strongest fleets in the world cannot prevent us from making short work of England where it is most vulnerable.”

However, the tsar’s boastful statement was never implemented in practice. The partial mobilization of the Caucasus Army Corps was purely for show and ignored by the British, who understood full well that Russia was bluffing.

Russian aid to the Boers was not limited to diplomacy and donations. A total of 225 volunteers departed for the country — the number of willing persons was incomparably larger, but not everyone could afford the long and costly journey to the other end of the world. 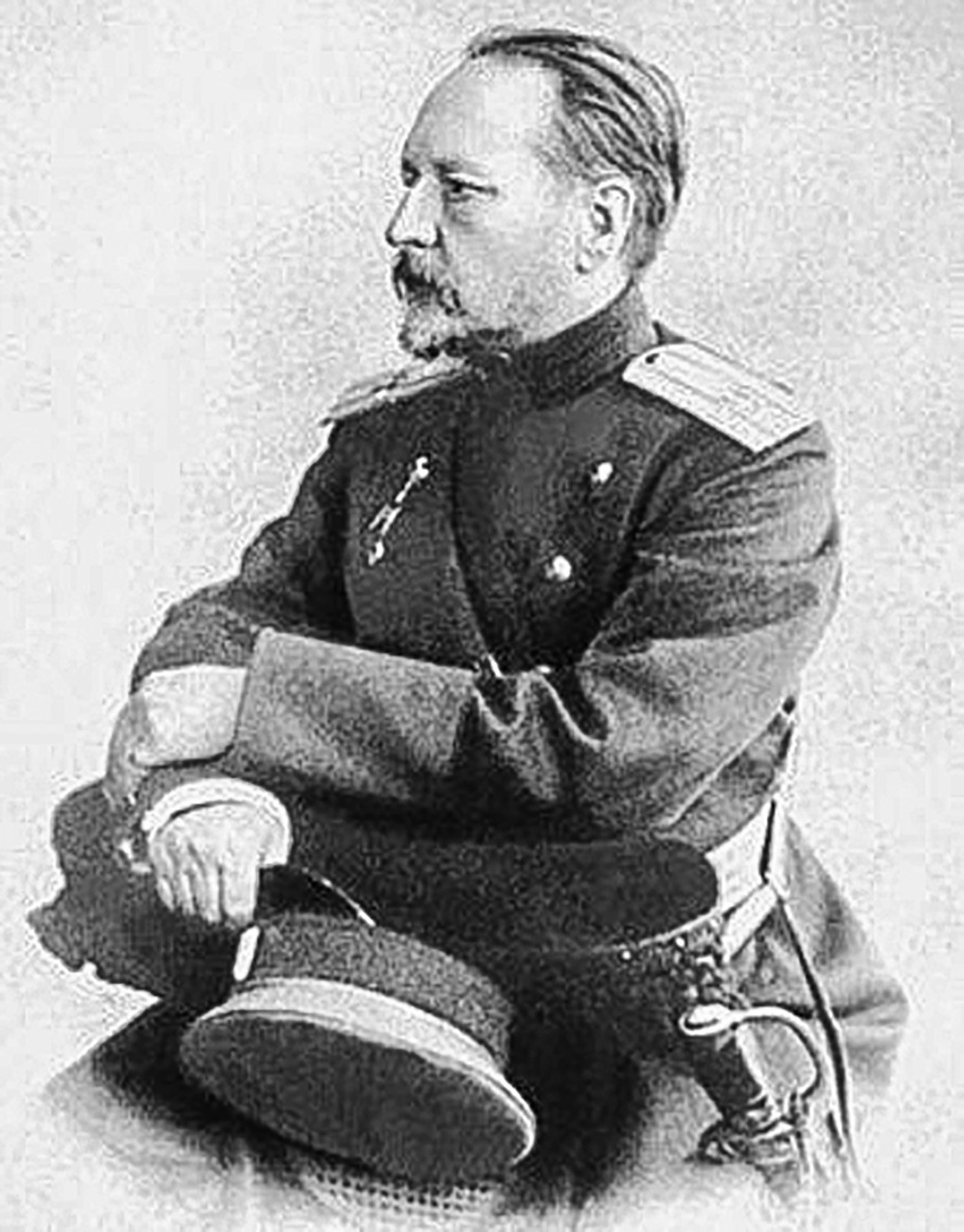 Official Russian statistics also left out émigrés from the Russian Empire, in particular Jews who had settled in Transvaal and Orange Free State prior to the conflict, and who took up arms when called upon by their new homeland.

The most prominent among the Russian volunteers was retired Lieutenant Colonel Evgeny Maximov, who among the Boers had risen to the rank of general.

Thanks to Maximov, the Boer armies’ hit-and-miss intelligence was replaced by systematic, targeted reconnaissance. He also instilled a sense of discipline, cohesion, and unquestioning subordination to the military command, which greatly improved combat effectiveness.

Two Russian Red Cross detachments in Transvaal made up the largest contingent of European medics in the region. The first to arrive was the so-called "government detachment," having recently gained invaluable experience in Abyssinia (Ethiopia). 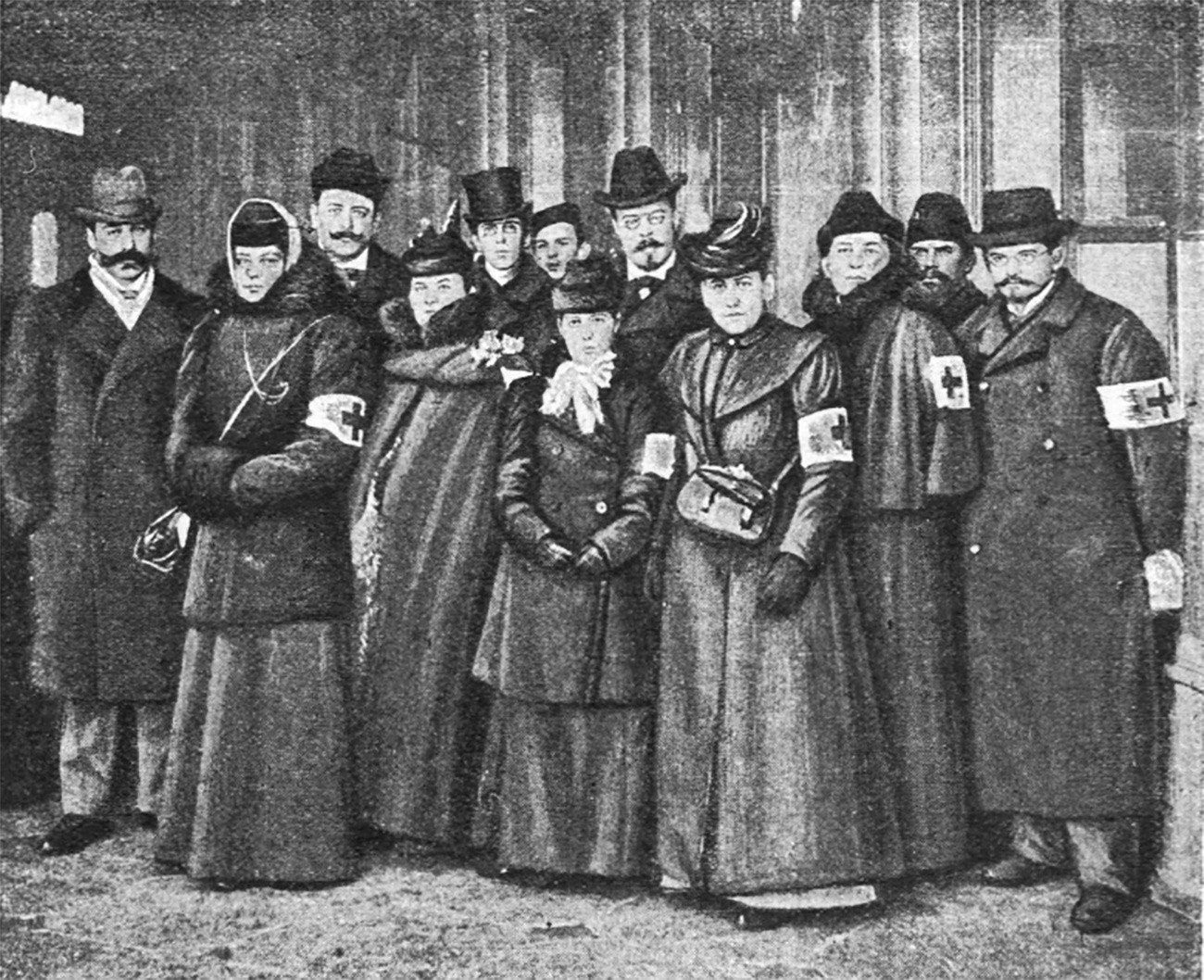 The second was voluntary, created on public donations. Half were Russians, and half were Dutch “so as to facilitate relations with the government and inhabitants of Transvaal.”

Both units worked in South Africa until the republics fell, earning great admiration and respect among the Boers, who were usually somewhat suspicious of Europeans.

Inadvertently, however, the Russians greatly assisted not only the Boers, but their British oppressors also. In September 1901, it came to light that Russia was the main supplier of draft horses for the British army in Transvaal. A major-general by the name of Thomson was buying and exporting them wholesale through the port of Odessa. 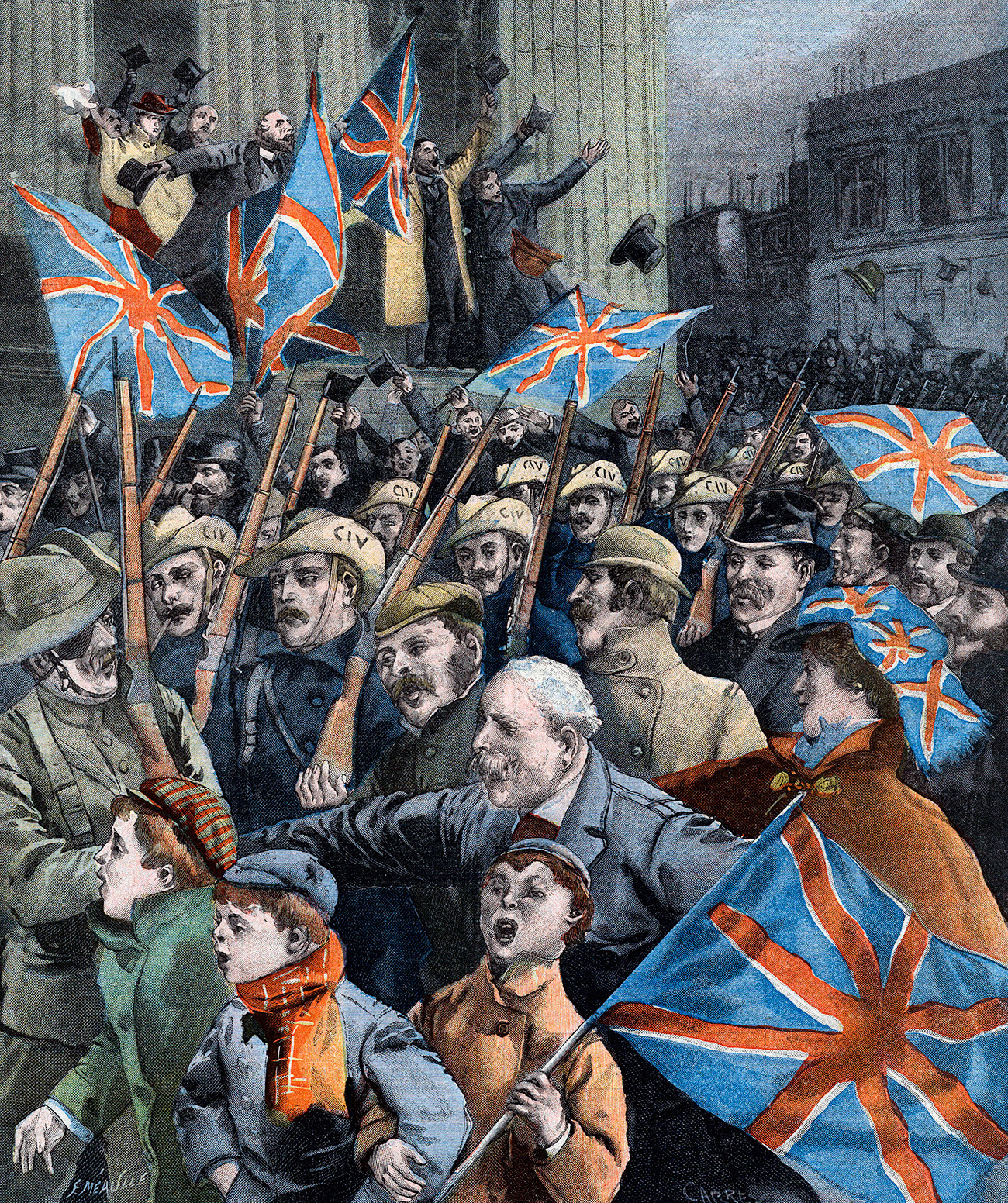 The Second Boer War in the Transvaal, British volunteers returning from the Boer War.

Forty thousand horses had already been sold and shipped when the scandal broke. Unable to legally ban the sale of animals to Britain, the Russian War Ministry did everything it could to complicate and sabotage the deals.

Despite all the aid given by the Russian Empire and other sympathetic countries, Britain ultimately crushed the Boers and annexed their states to its vast empire in 1902. Russia was helpless to prevent it.

For some time afterwards, Anglophobia continued to permeate Russian society. However, it all evaporated suddenly in 1907. Brushing old grievances under the carpet, the two empires, both fearful of a rising Germany, signed a joint convention on a new military-political alliance — the Entente.