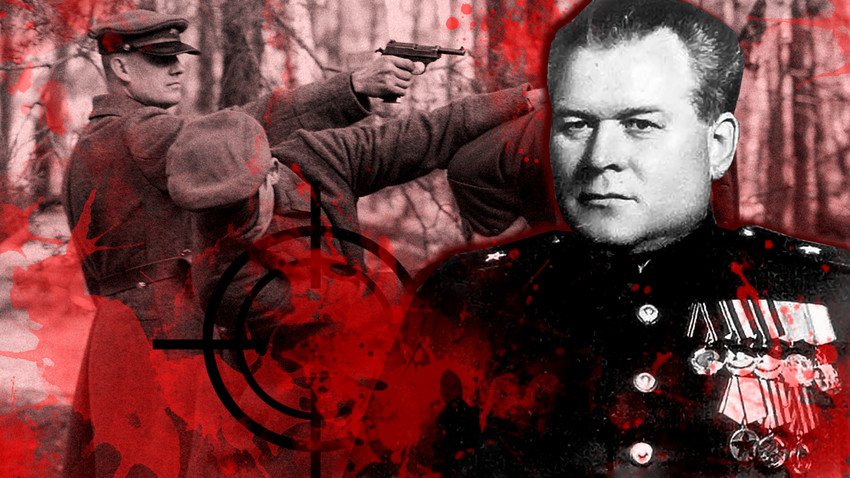 Public domain; Andrzej Wajda/Akson Studio,2007
Most of Stalin's executioners themselves fell victim to the all-swallowing terror. However, the most terrible of them survived all his superiors, including Uncle Joe himself.

He was Stalin’s most vicious butcher. Vasily Blokhin not only headed a firing squad (the so-called “special group”) that executed “enemies of the people” en masse, but personally dispatched 15,000 individuals to the next world.

Blokhin became executioner-in-chief in 1926, taking over as commander of the OGPU. Over the course of the next three decades, this organization would undergo several changes of both name (NKVD, MGB, KGB) and leadership. The only constant factor was Blokhin. 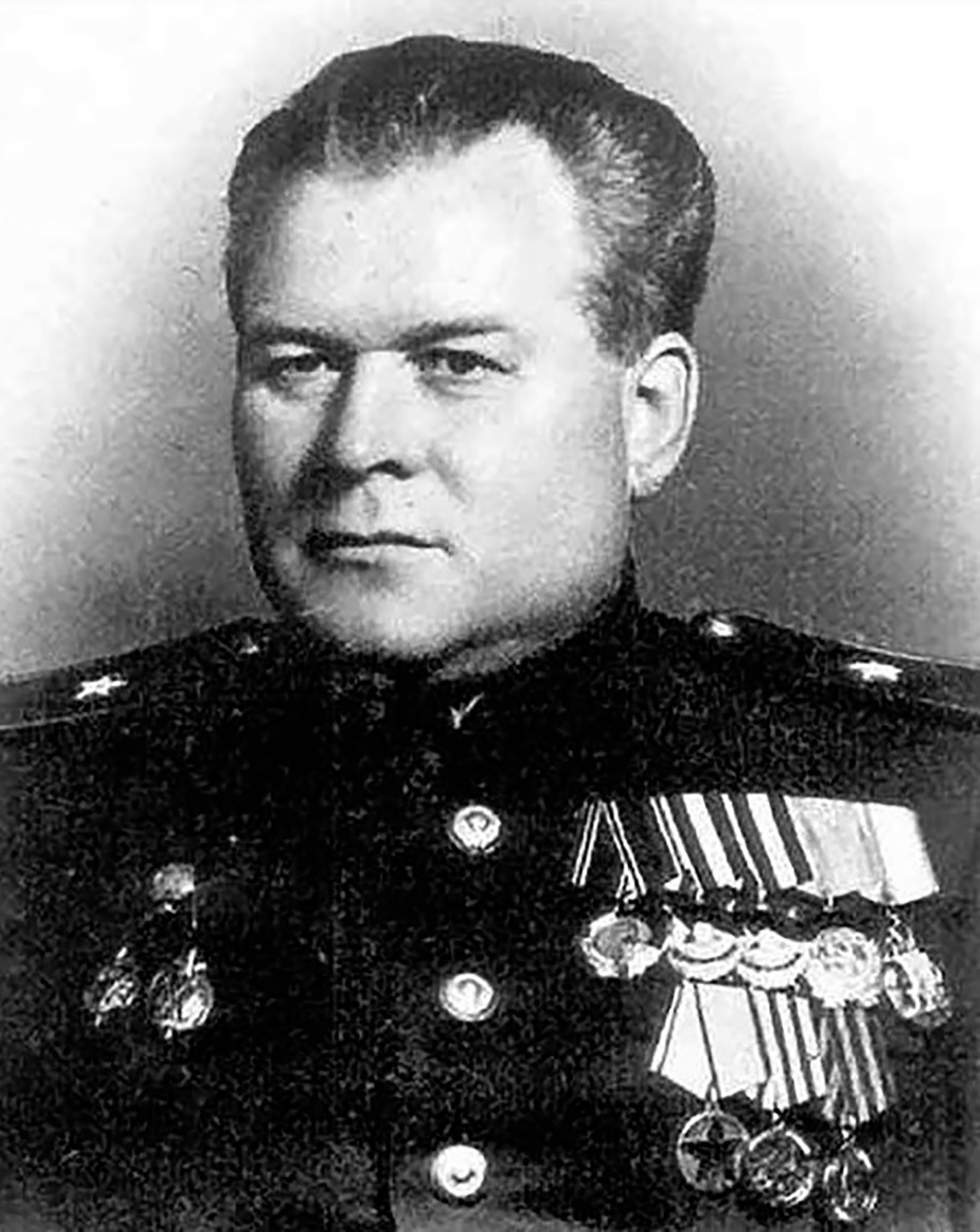 Carrying out daily killings cannot fail to affect the human psyche. Many Bolshevik executioners could not endure it: they ended up in mental institutions, fell into deep depression, and sought salvation in alcohol. Executions themselves were often performed while under the influence.

Vasily Blokhin was not one of them. He approached his work “professionally,” with an ice-cold mind. He never drank before an execution and forbade his subordinates to do so. A drop of “stress relief” was allowed only when the deed was done.

"Sure, we drank vodka till we blacked out. Say what you like, the work wasn’t easy. We got so worn out we could barely stand upright. And we washed ourselves with cologne. To the waist. That was the only way to get rid of the smell of blood and gunpowder. Even dogs shied away from us, and if they barked, then it was from a safe distance,” recalled Alexander Yemelyanov, a firing squad member. (General Abakumov: Executioner or Victim. Oleg Smyslov. Moscow, 2017) 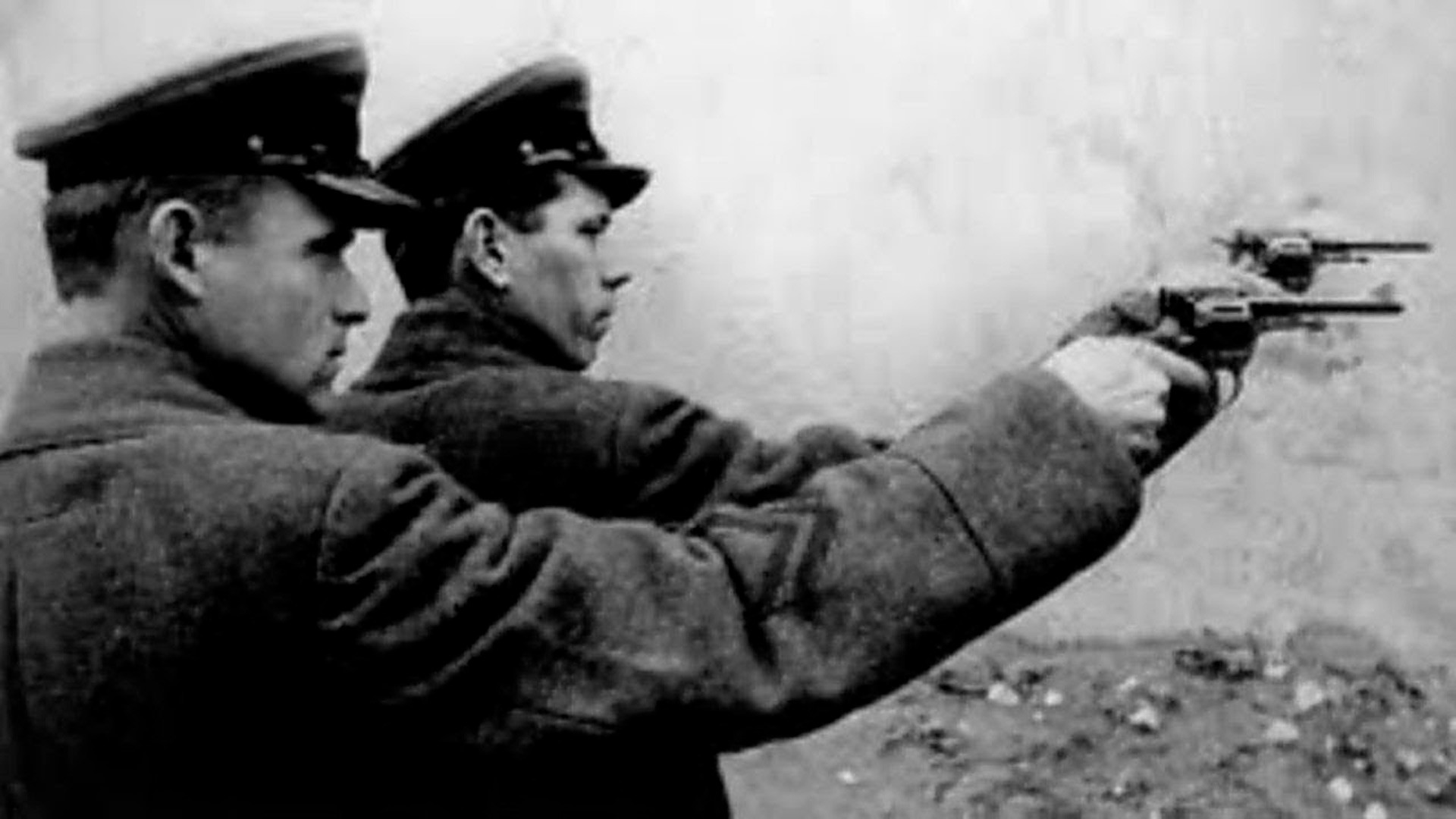 Blokhin never allowed his terrible job to consume his life. He is probably the only executioner in history to get a university education. Plus he had a genuine passion for horses: his home library included up to 700 books about them.

Bloody-minded as well as bloody-handed, Blokhin quickly carved a career for himself. During the mass repressions of the late 1930s, he was entrusted with dealing with the highest-ranking victims. Armed with his beloved Walther PP (which did not heat up as much as Russian pistols when fired), he personally shot the highest military leaders of the Soviet state, including Mikhail Tukhachevsky, Iona Yakir, and Ieronim Uborevich.

His personal list of victims also included journalist Mikhail Koltsov, theater director Vsevolod Meyerhold, and writer Isaac Babel. Nor did Blokhin’s hand waver when tasked with shooting his former chief and NKVD head Nikolai Yezhov when the latter fell into disfavor with the man at the top. 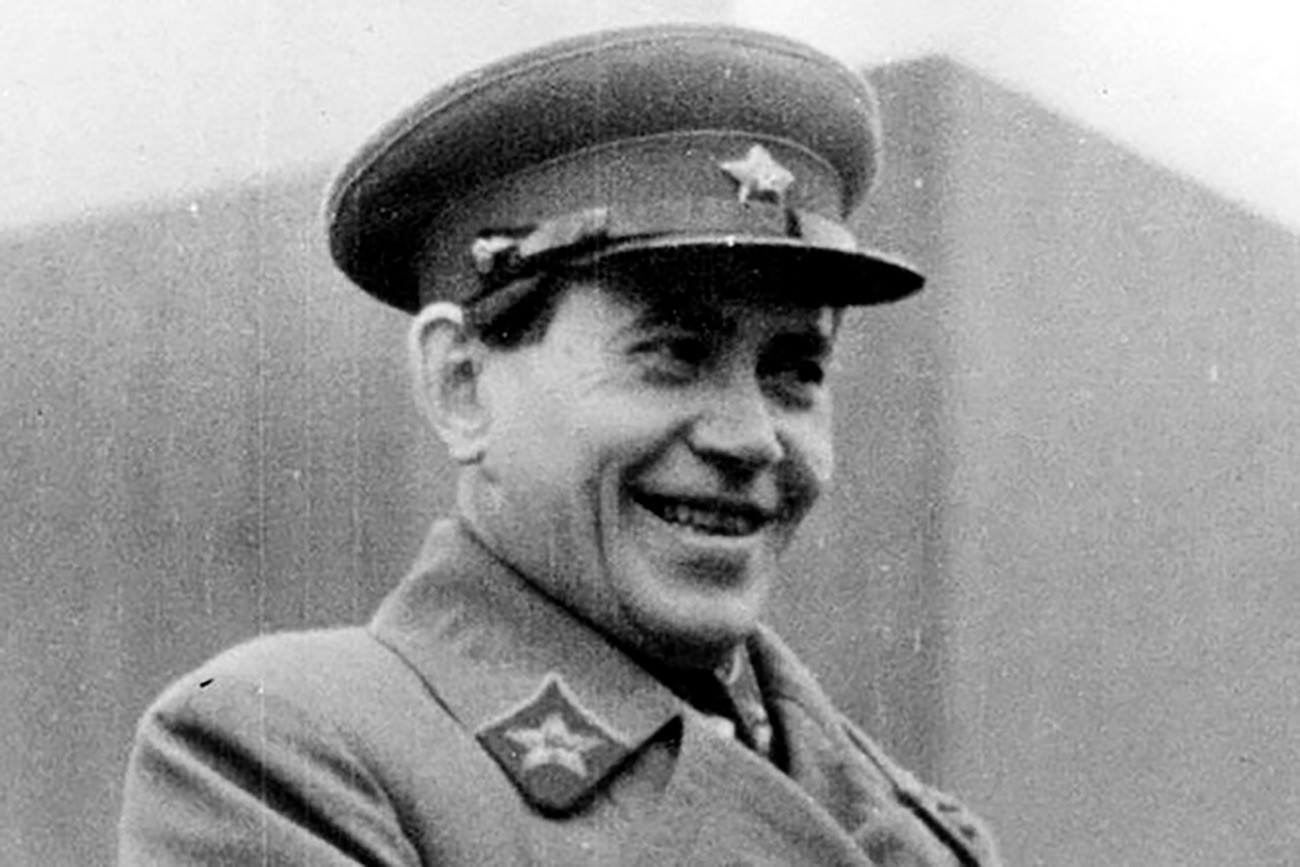 In 1939, Vasily Blokhin was almost hoist by his own petard. Lavrenty Beria, who had just become head of the state security apparatus, began purging Yezhov’s people — and Blokhin was by no means bottom of the list.

However, having requested authorization from the moustachioed “Father of Nations,” Beria was unexpectedly denied. “Comrade Stalin did not concur with me, saying that such people are needed for dirty work,” he recalled in 1953. (The Politburo and the Case of Beria. Collected Documents. Moscow, 2012)

Returning to his office, Lavrenty Beria summoned Blokhin and other “special group” leaders. They left after a long conversation, having received total carte blanche from the new guy in charge. 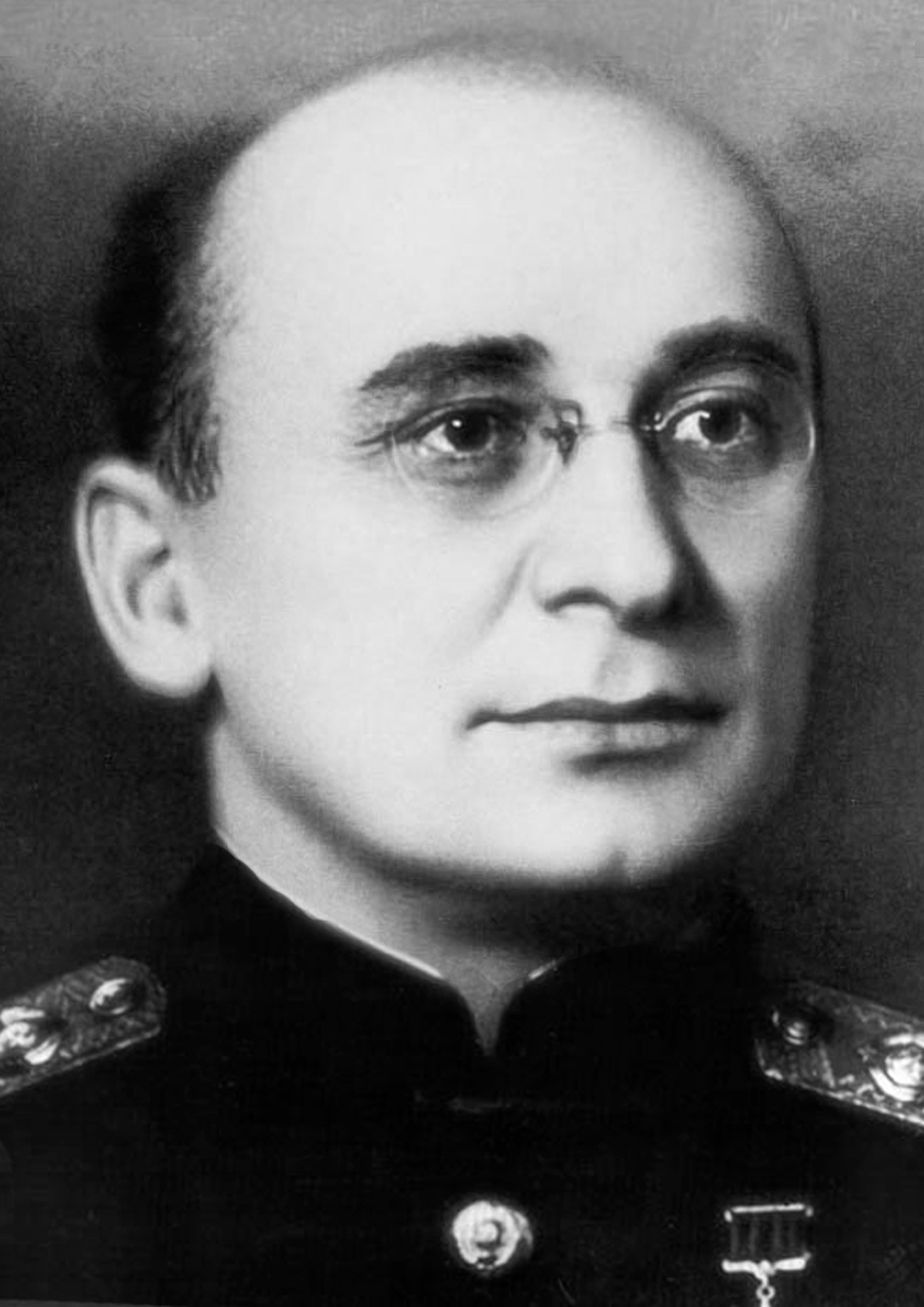 The execution of Polish officers

The murderous culmination of Blokhin’s career was the shooting in May 1940 of a group of Polish officers detained in the Ostashkov camp in the Kalinin (now Tver) region, part of the wider Katyn massacre. Dispatched from Moscow, he was placed in charge of the execution, with a unit of 30 Cheka security officers at his disposal.

“Blokhin donned his trademark clothing: brown leather cap, long brown leather apron, and brown leather gloves extending beyond the elbow. It made a huge impression on me — he was death personified,” recalled Dmitry Tokarev, head of the NKVD Directorate for the Kalinin region. (General Abakumov: Executioner or Victim. Oleg Smyslov. Moscow, 2017)

The condemned were shot at night, in batches of 250 people. An average of three minutes was spent per victim.

After each night shift, Blokhin let his nerve-jangled subordinates drink alcohol. He himself remained perfectly calm, showing complete indifference to what was happening. 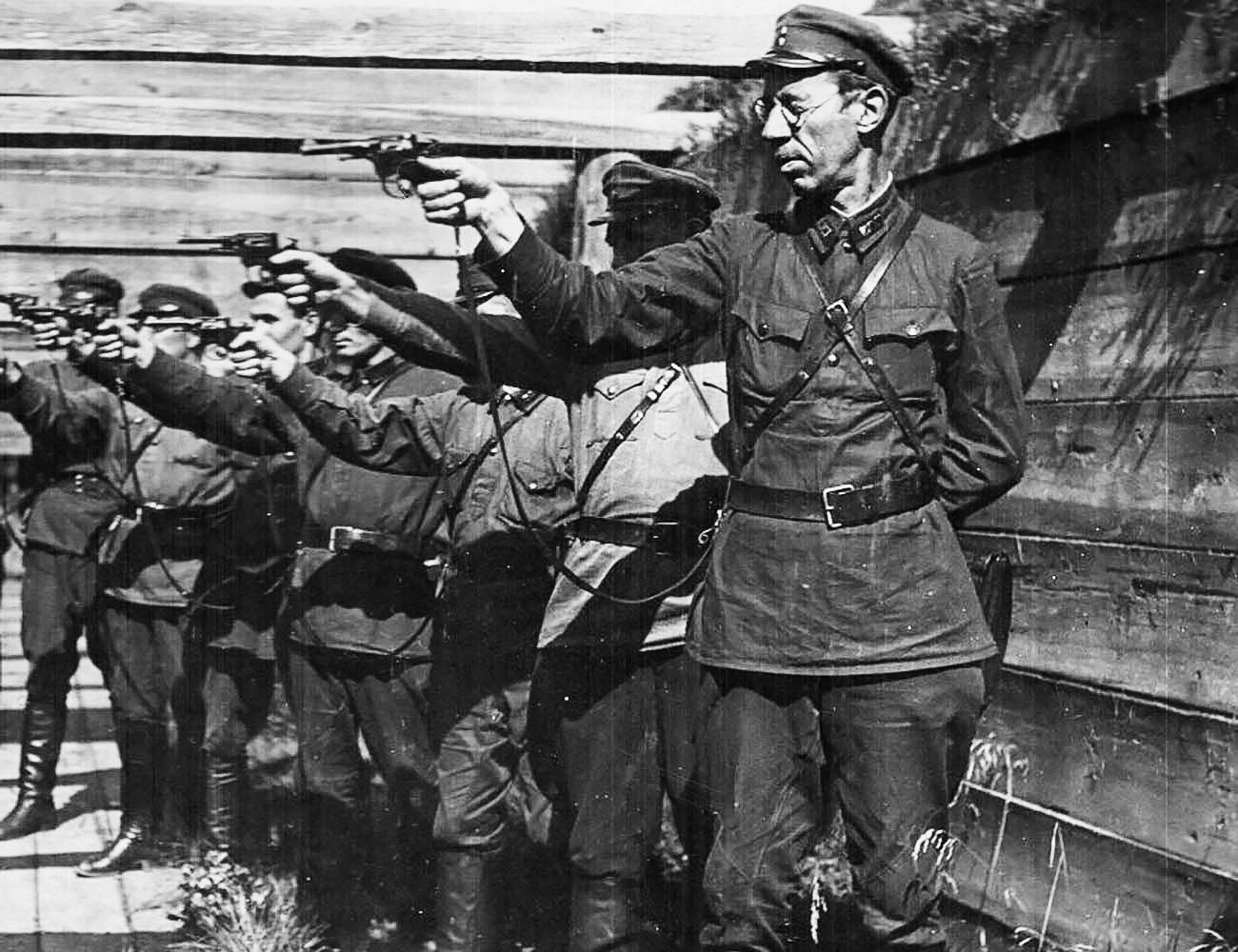 As a result of the operation to “unload” the Ostashkov camp, 6,311 people were killed, with Blokhin personally shooting more than 600 Poles. To add insult to murder, a large banquet was held to mark the end of the execution.

The executioner meets his maker

Vasily Blokhin was one of lucky ones. He outlived all his purged bosses — Genrikh Yagoda, Nikolai Yezhov, Lavrentiy Beria, and Viktor Abakumov, and was showered with awards: the Order of Lenin, two Orders of the Red Star, the Order of the Patriotic War (1st Degree), and Honorary Chekist insignia.

Soon after Stalin’s death, Blokhin was retired and given an honorary pension. But he did not have long to enjoy it. The country soon began investigating the cases of purged victims and the crimes of the Stalinist regime.

The record-breaking executioner was repeatedly summoned for interrogation, yet he escaped criminal prosecution, since he was viewed as a tool, not an organizer of the terror. 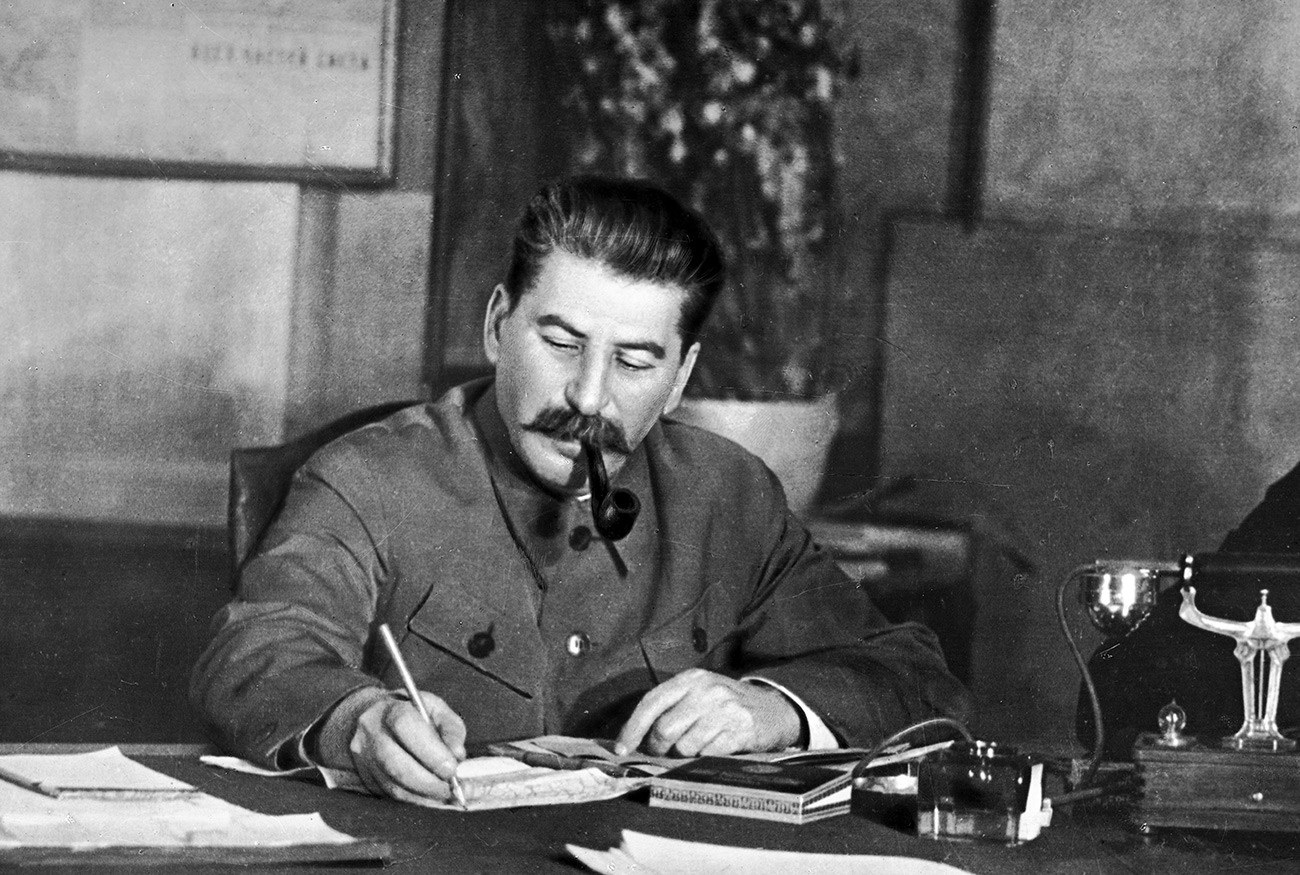 However, in November 1954, Vasily Blokhin was stripped of the rank of major general “for having discredited himself whilst working for the state... and being unworthy in this connection of the high rank of general.” Just a few months later, at the age of 60, he died of a heart attack (or shot himself, according to some sources).

Ironically, Stalin’s chief henchman was buried at Moscow’s Donskyoe Cemetery, where the remains of many of his victims lie in common graves.