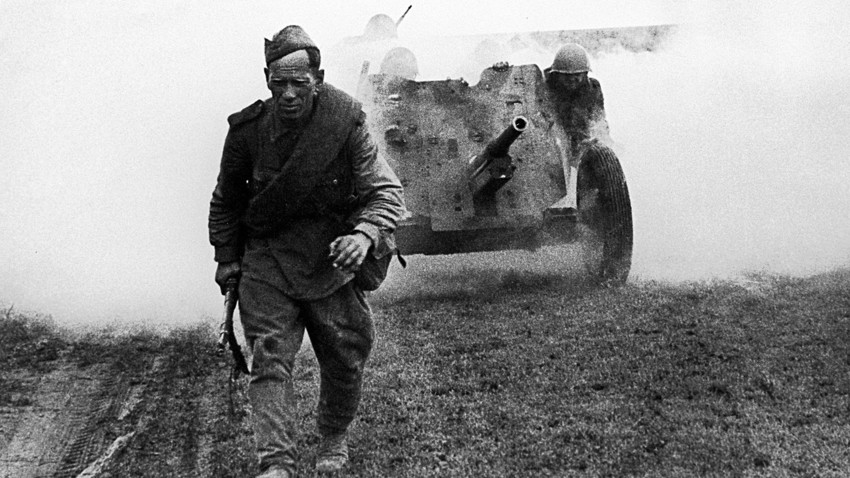 Izrael Ozersky/Sputnik
Adored by partisans, these anti-tank guns were a true nightmare for regular Soviet soldiers.

This was the Red Army’s main anti-tank gun during the early period of Nazi invasion into the Soviet Union. The 45 mm anti-tank gun model ‘1937’ was commonly known as ‘Sorokopyatka’ (Eng.: “little forty-five”). 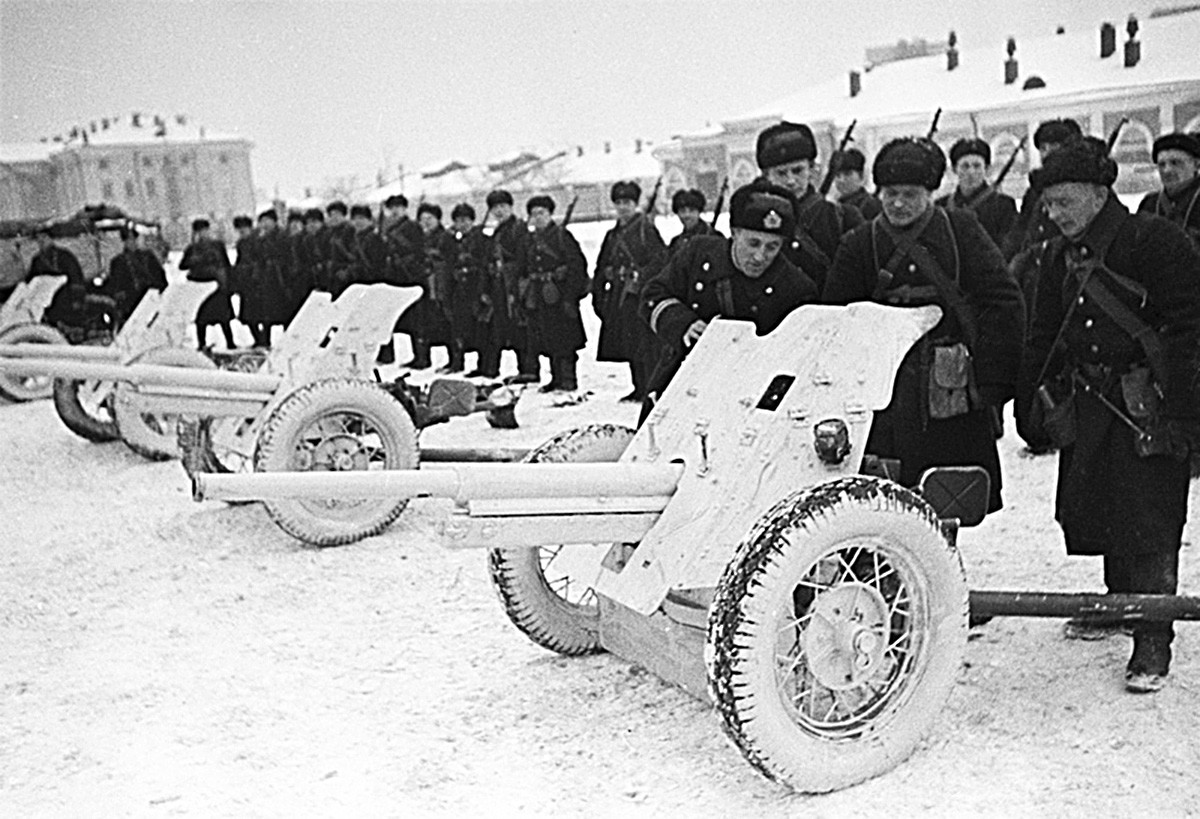 Over 16,000 of these guns faced the Wehrmacht in June 1941. Sorokopyatkas were good enough in fighting German light tanks Panzer I (Pzkpfw. I), Panzer II, the medium Panzer III (Pzkpfw. III) and even early models of the Panzer IV (Pzkpfw. IV). 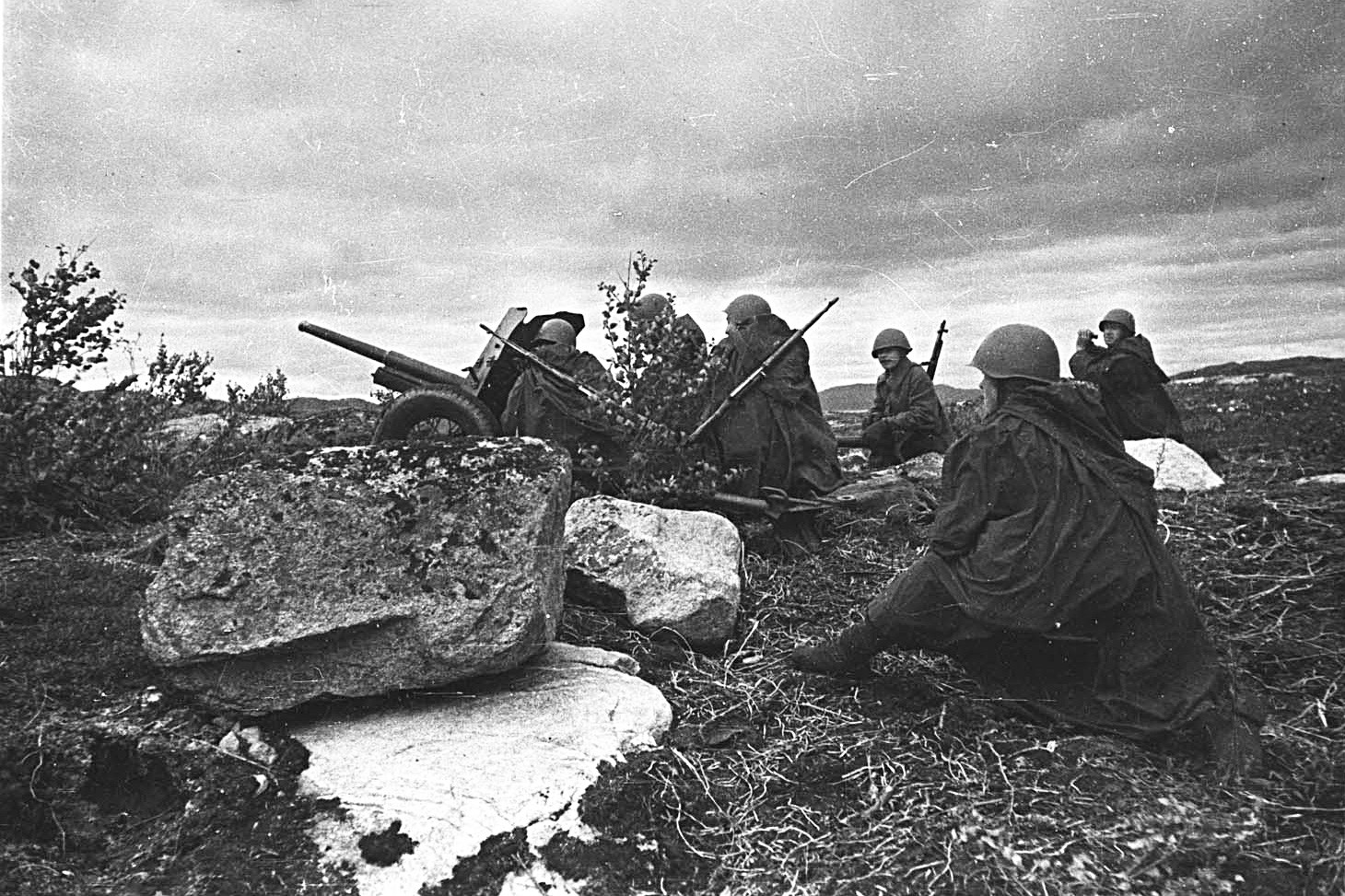 According to the Soviet “Tutorial for the Artillery Junior Commanders”, 45 mm anti-tank guns had to open fire on the enemy at a distance of 800 meters. However, the most effective distance for destroying German tanks with the weapon was in fact 500 meters. 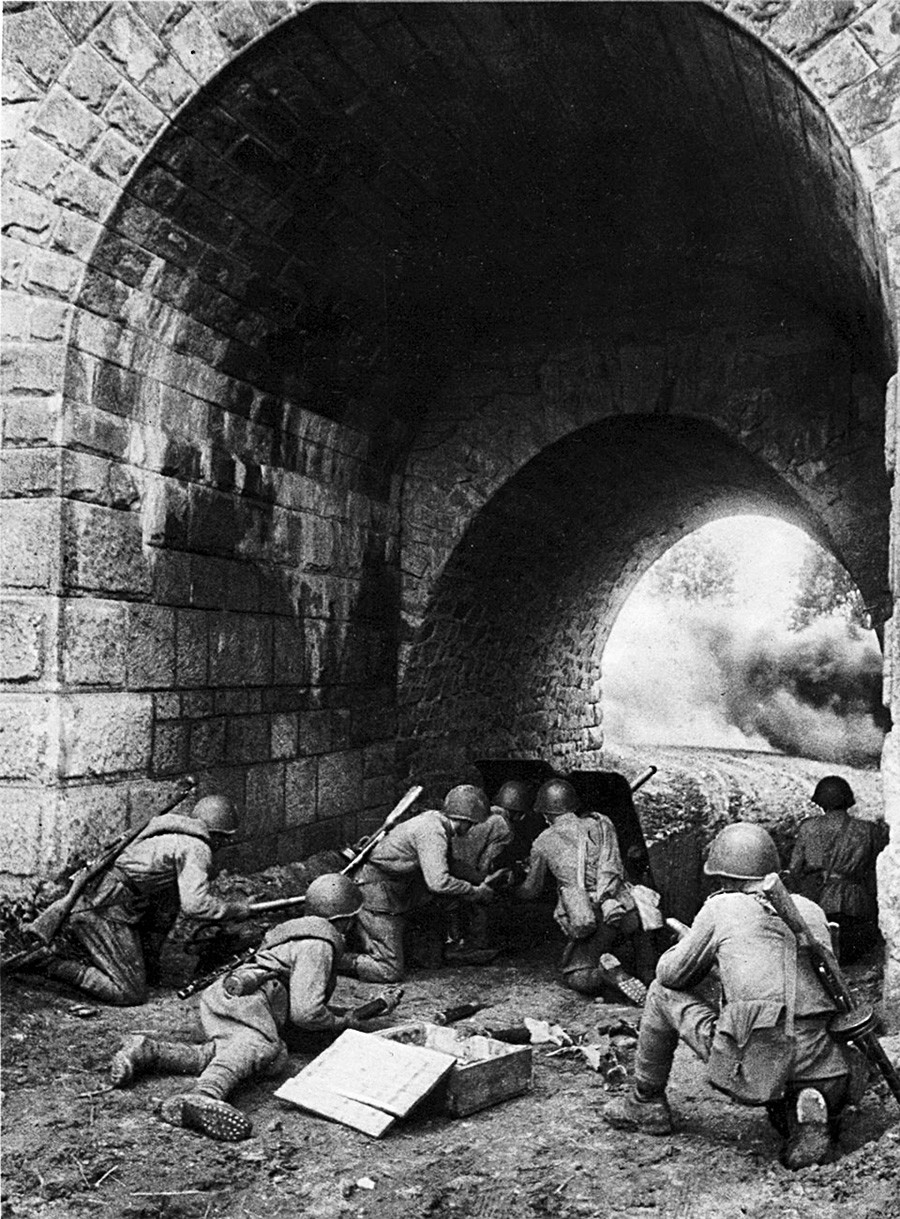 Letting the enemy military equipment to come so close put the gun’s crew in high danger. If the German tank wasn’t hit effectively, the poorly protected gun (with an armor shield thickness of just 4,5 mm) was instantly destroyed, along with its crew. 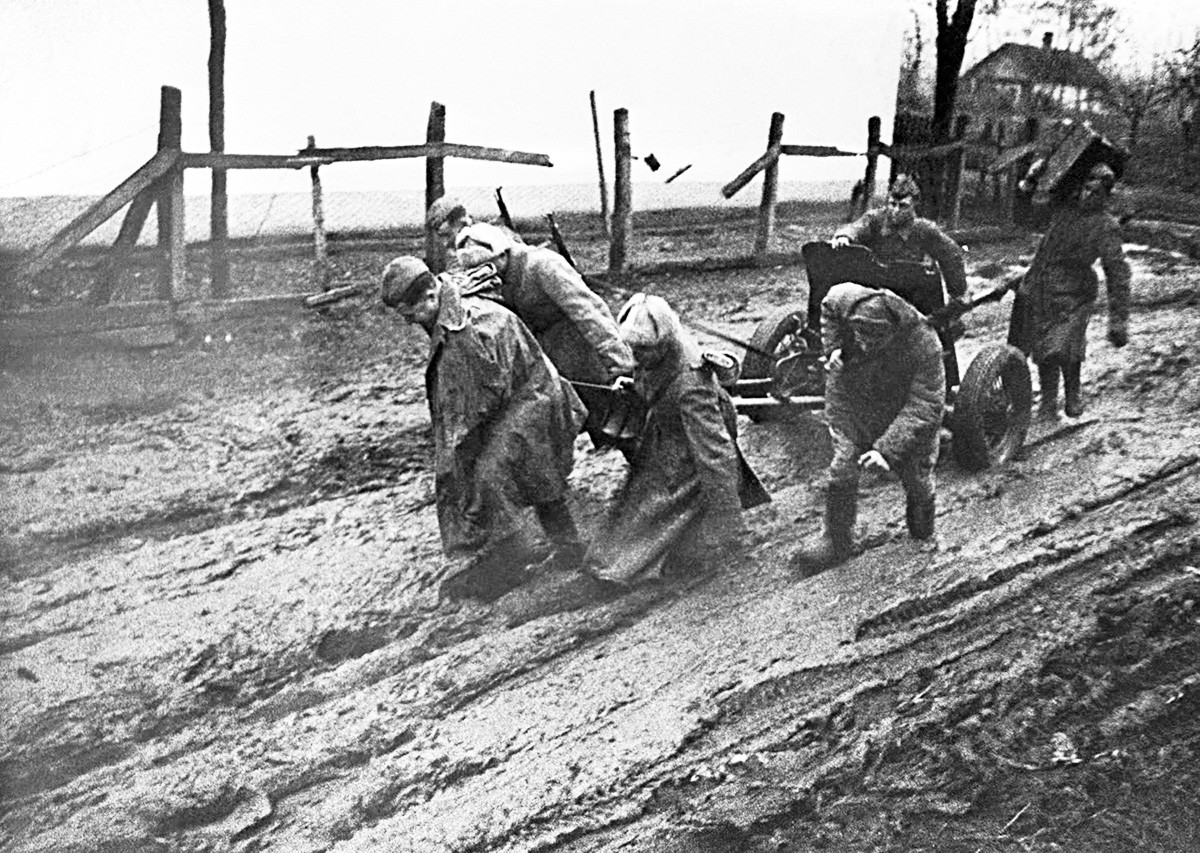 Due to this, there weren’t many enthusiasts who wanted to join the crews of the Sorokopyatka. People believed that if you did this - you would most certainly die. That’s why the gun got a popular nickname: ‘Farewell, Motherland!’ 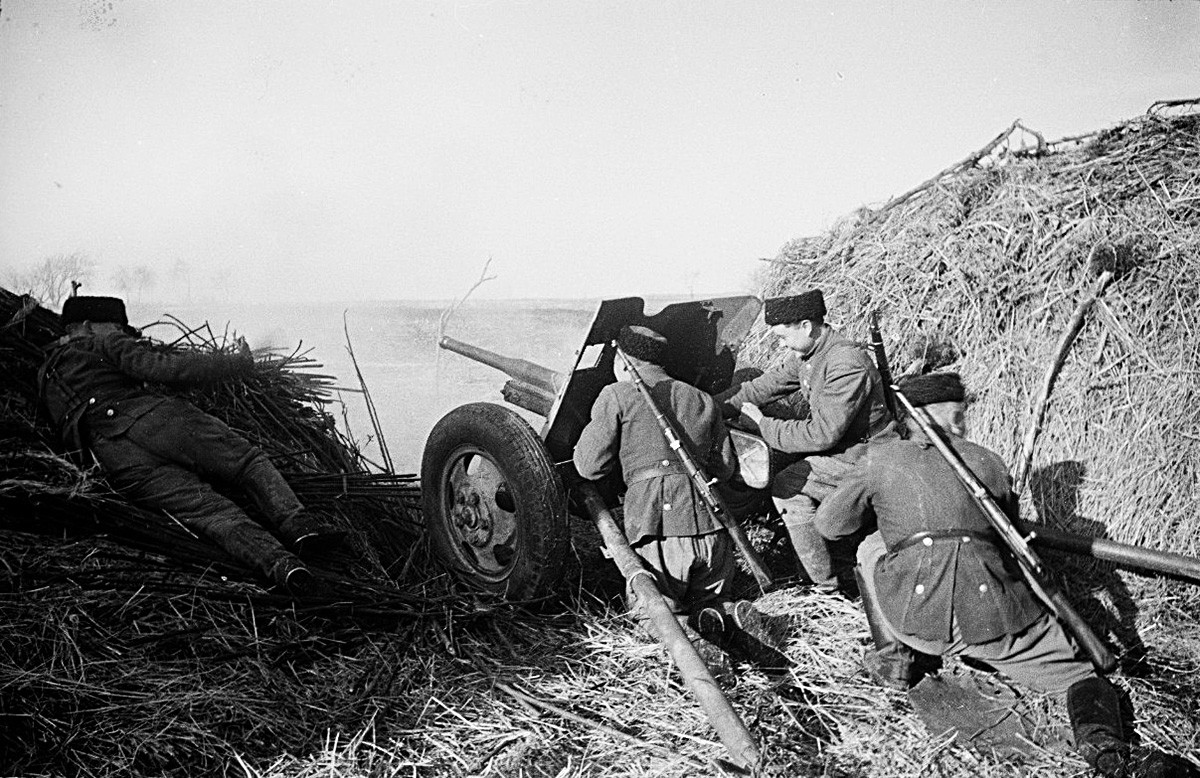 The Soviet command did much to encourage the crews of 45 mm guns (model 1937). Artillerymen got enlarged remuneration and received a bonus for each destroyed enemy tank. “Salary is twice higher - life is twice shorter”, soldiers used to joke. 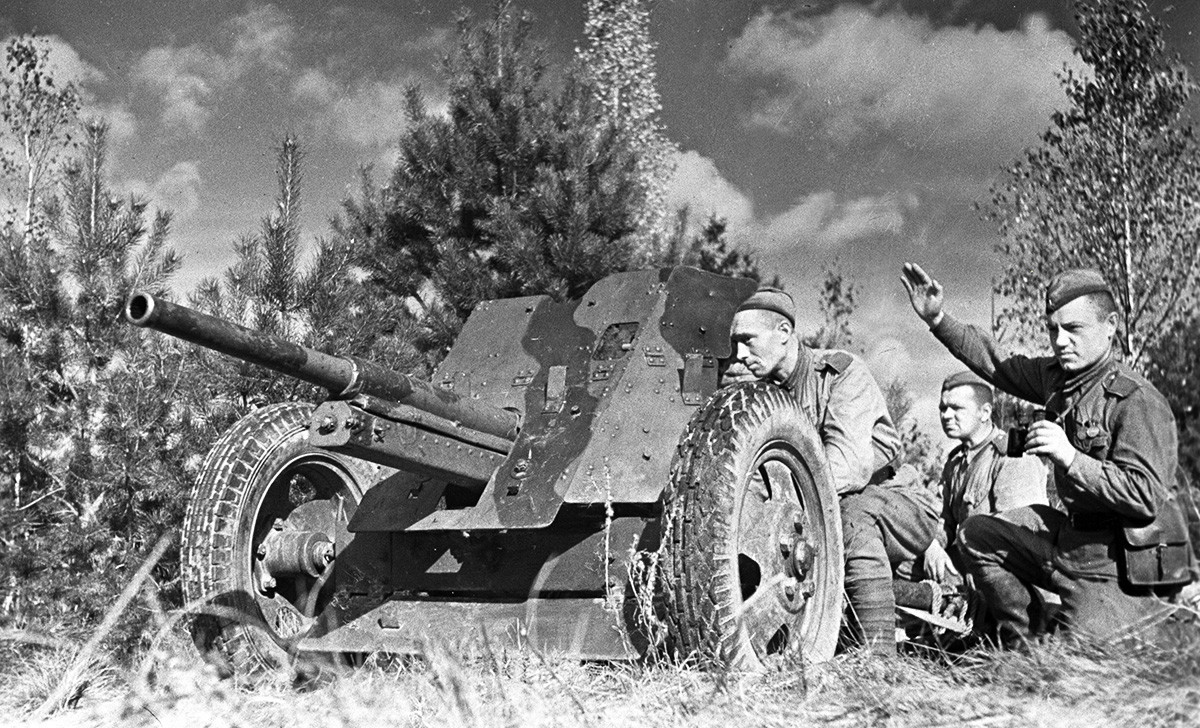 In 1942, Panzer I and II light tanks were almost phased out, and new, better protected models of German military equipment became tough nuts for the Sorokopyatkas to crack. They were gradually replaced with stronger M-42 and ZiS-2 guns. Production of 45 mm guns (model 1937) was completely stopped in 1943. The total amount of guns built was 37,354. 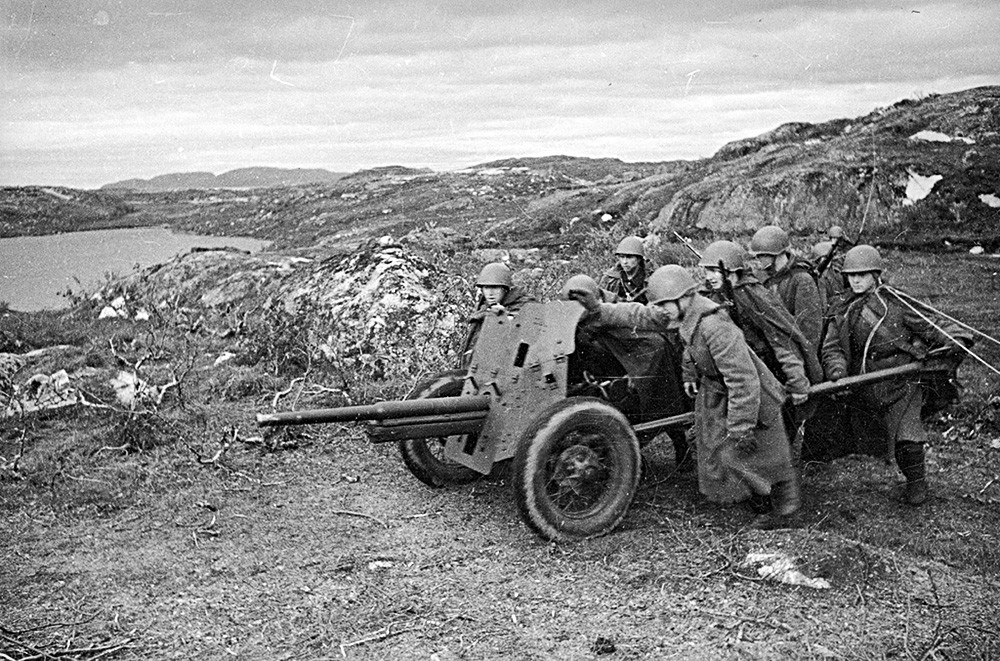 After being withdrawn from the front, Sorokopyatkas were still in high demand by partisans. Light (just 550 kg), easy to disguise and move, they were perfect for organizing ambushes. 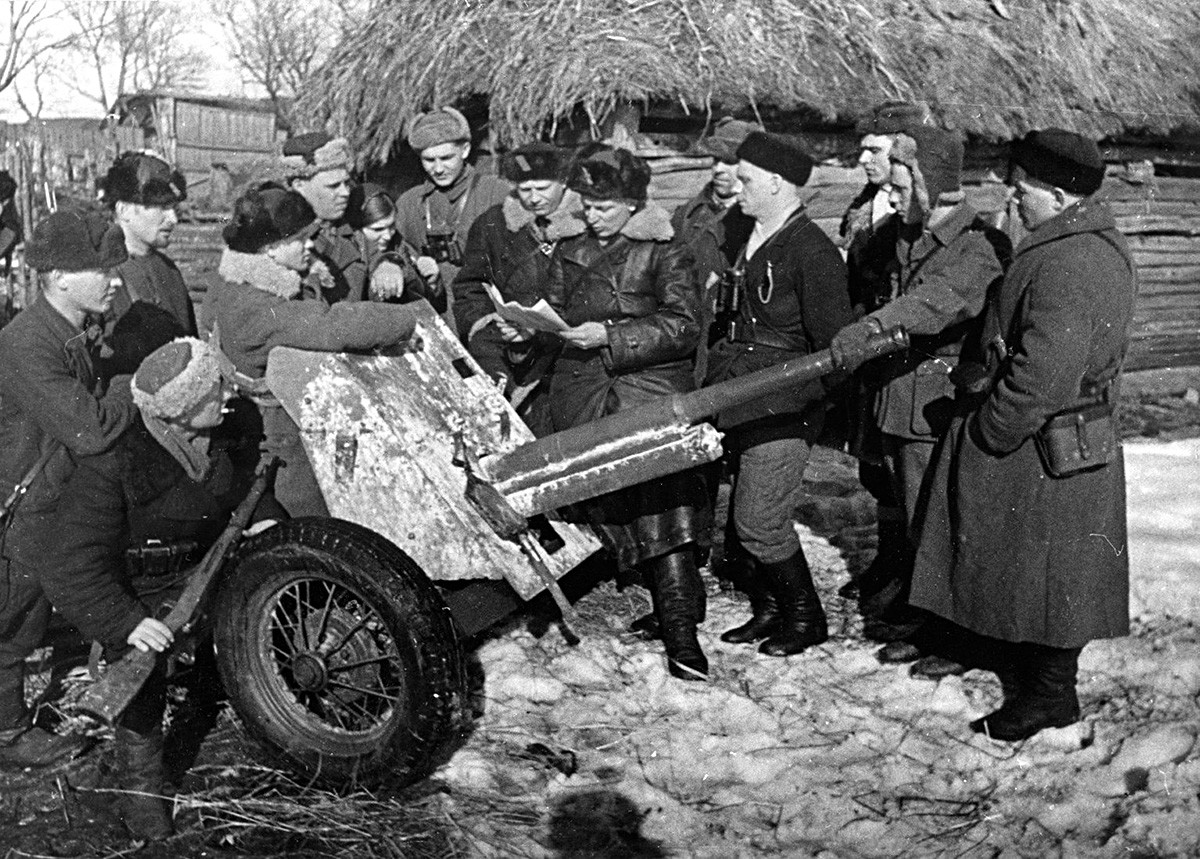