7 longest lines in the history of modern Russia 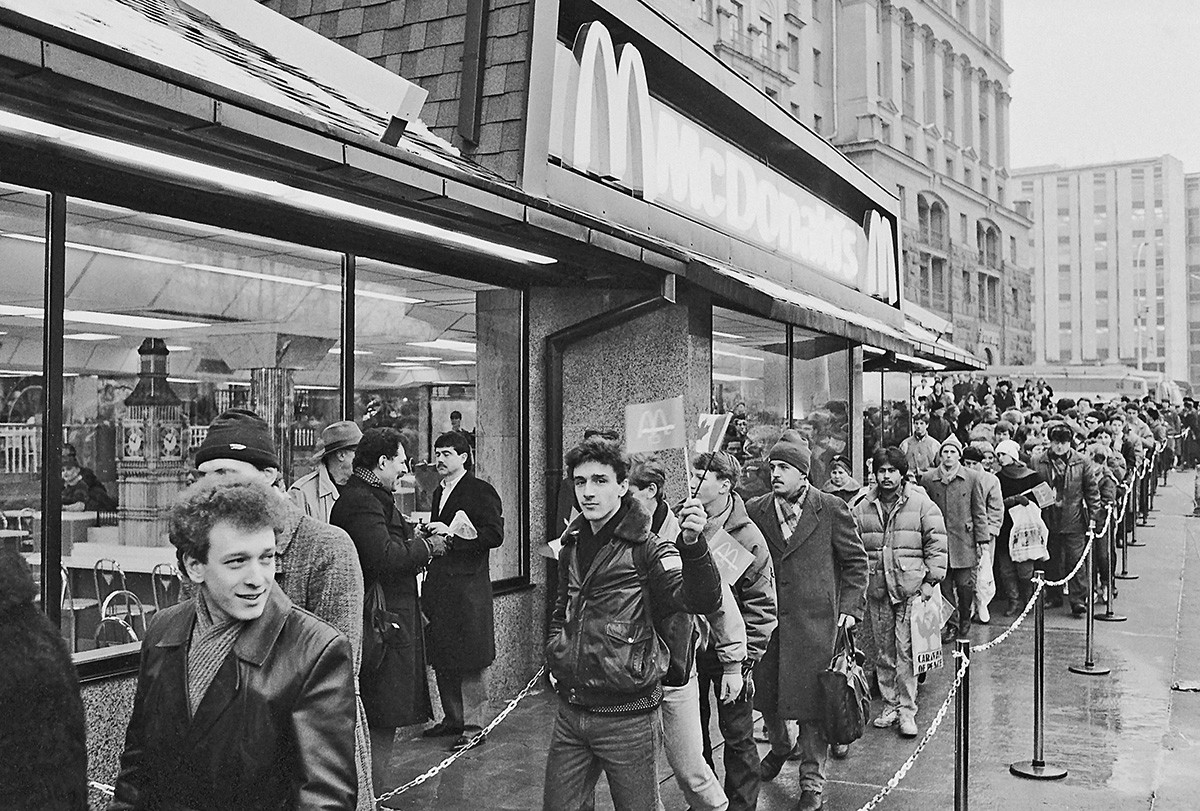 The first McDonald’s in the Soviet Union opened its doors on January 31, 1990. Soviet citizens lined up in thousands for a chance to try the American fast food restaurant. Together, they formed a several kilometer-long line on Pushkinskaya Square in the center of Moscow.

McDonald’s served over 30 thousand burgers that day, setting the company’s new global record. The wait in line was over six hours. 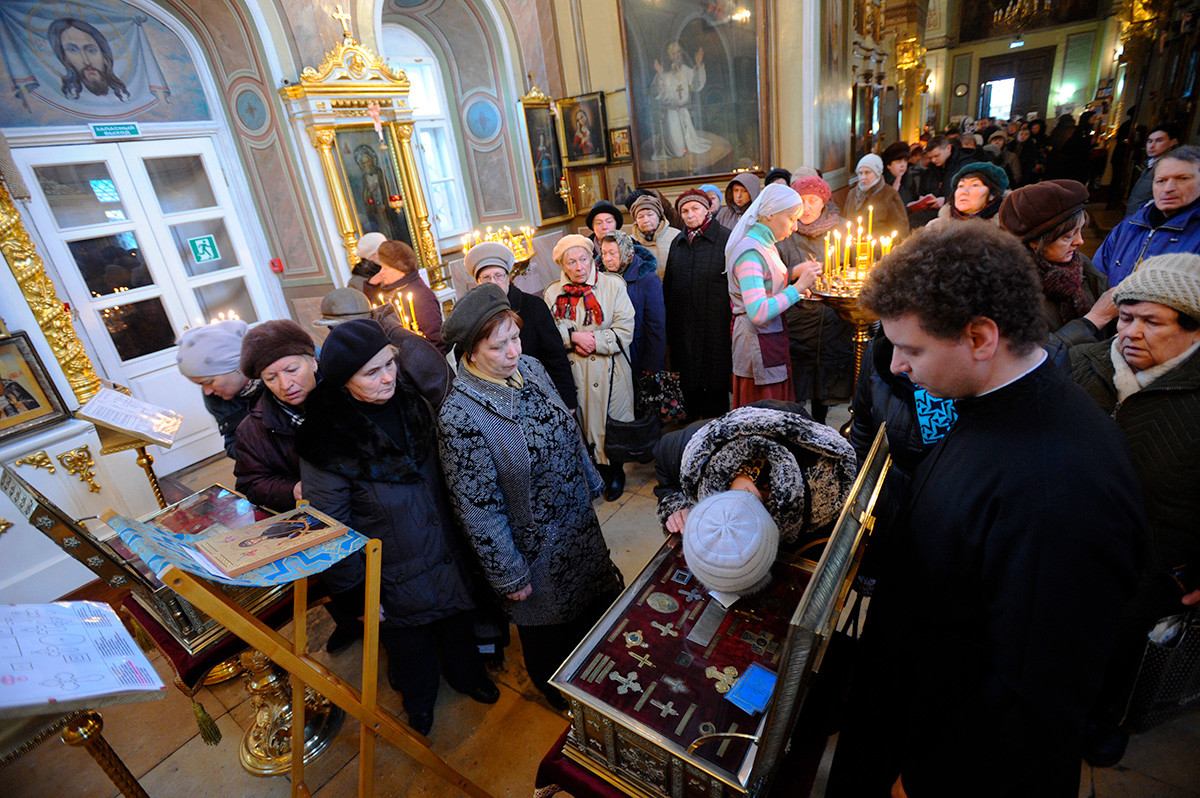 A part of the venerated object – a belt which, according to some believers, mother of Jesus Mary gave to Apostle Thomas as a symbol of her blessing – was brought to Russia from Greece for public veneration in 2011.

The object was exhibited in Moscow, St. Petersburg, Yekaterinburg and other cities. The cincture remained in Moscow for 70 days and was visited by 552 thousand pilgrims, including President Putin. The 5-hour wait in line ended up being so long it paralyzed traffic and blocked adjacent streets. 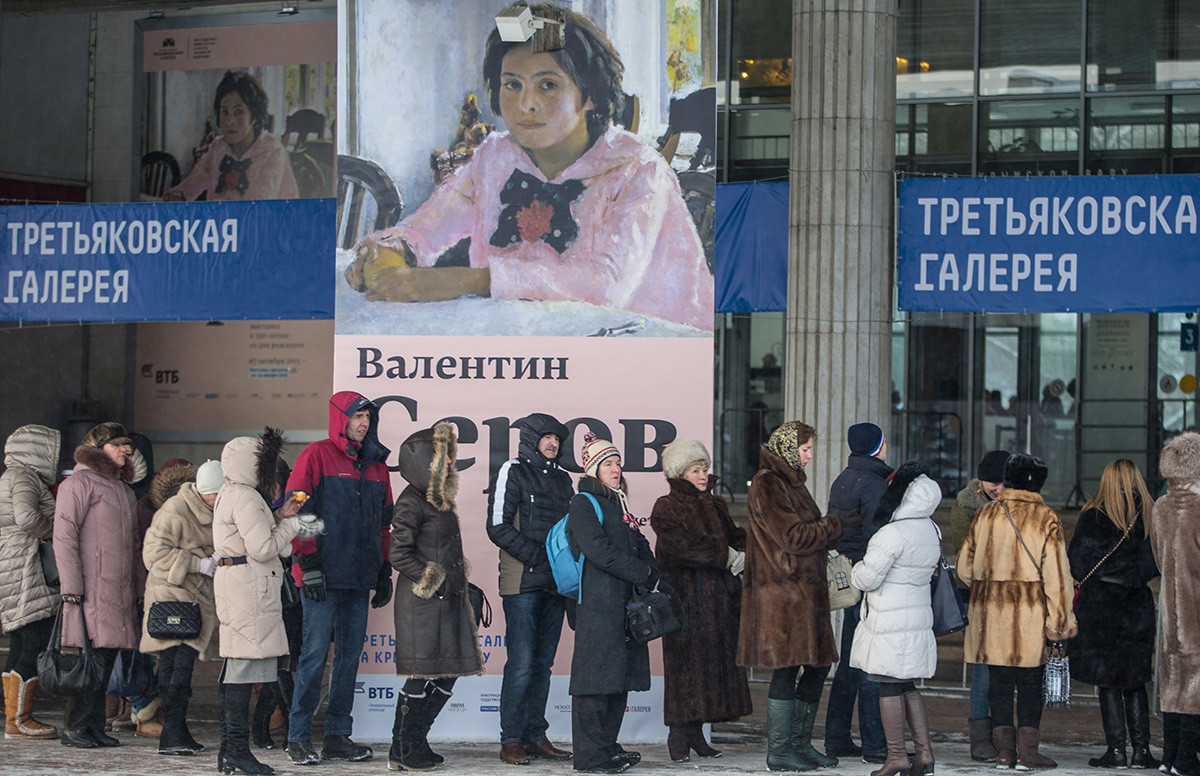 This exhibition of the prominent Russian painter, who produced renowned works of art in the 19th and 20th centuries, has been called the most visited art exhibition in Russia for the past 50 years.

Attended by half a million people, the 117-day long exhibition was prolonged for a week to give more people a chance to see it. Freezing temperatures up to –23°C didn’t discourage Russian art enthusiasts from a 5-hour-long wait. When the public sensed the additional week would not be enough to admit everyone who wishes to attend, impatient people forcefully broke into the State Tretyakov Gallery. Any sacrifices for art’s sake! 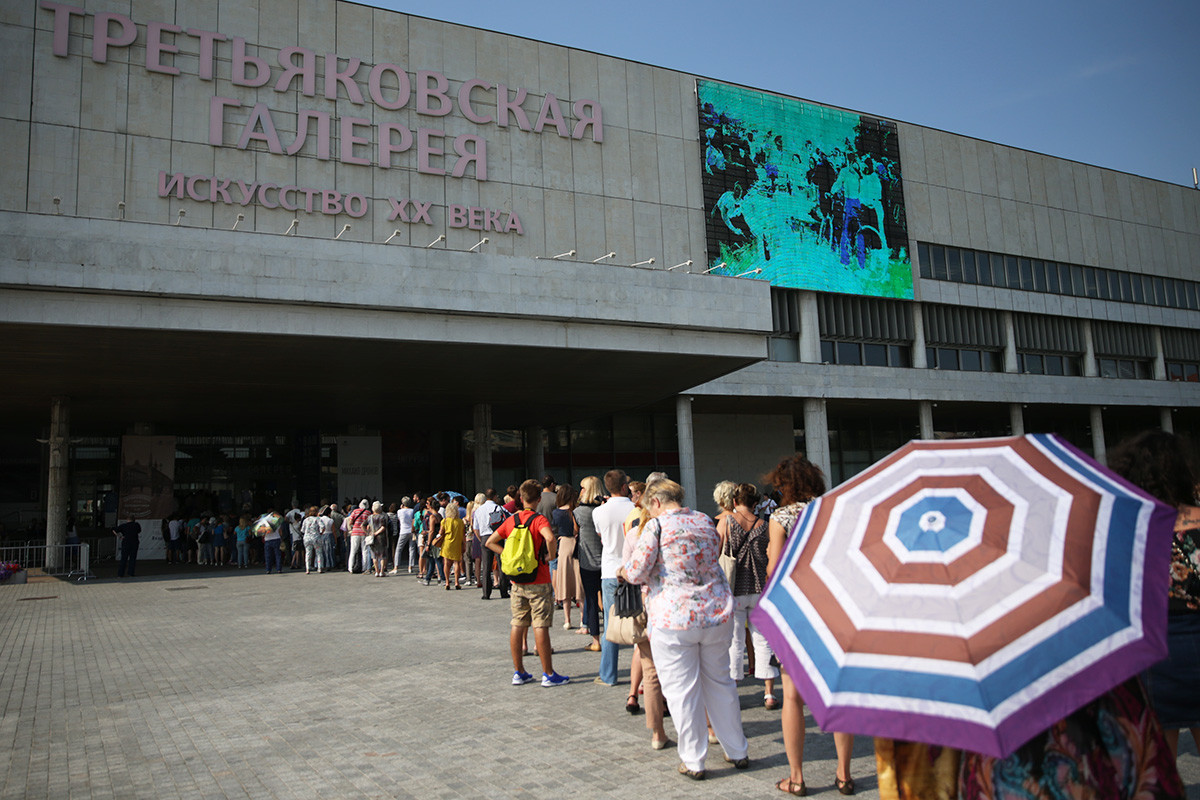 In 2016, the Tretyakov Gallery organized yet another big event: an exhibition of Ivan Aivazovsky’s art. Although Aivazovsky attractedmore people than Serov, the gallery prepared much better for the massive pilgrimage of art connoisseurs and was able to mitigate incidents and long waits. Nonetheless, those who did not want to buy tickets online for some reason ended up waiting in line for days anyway. 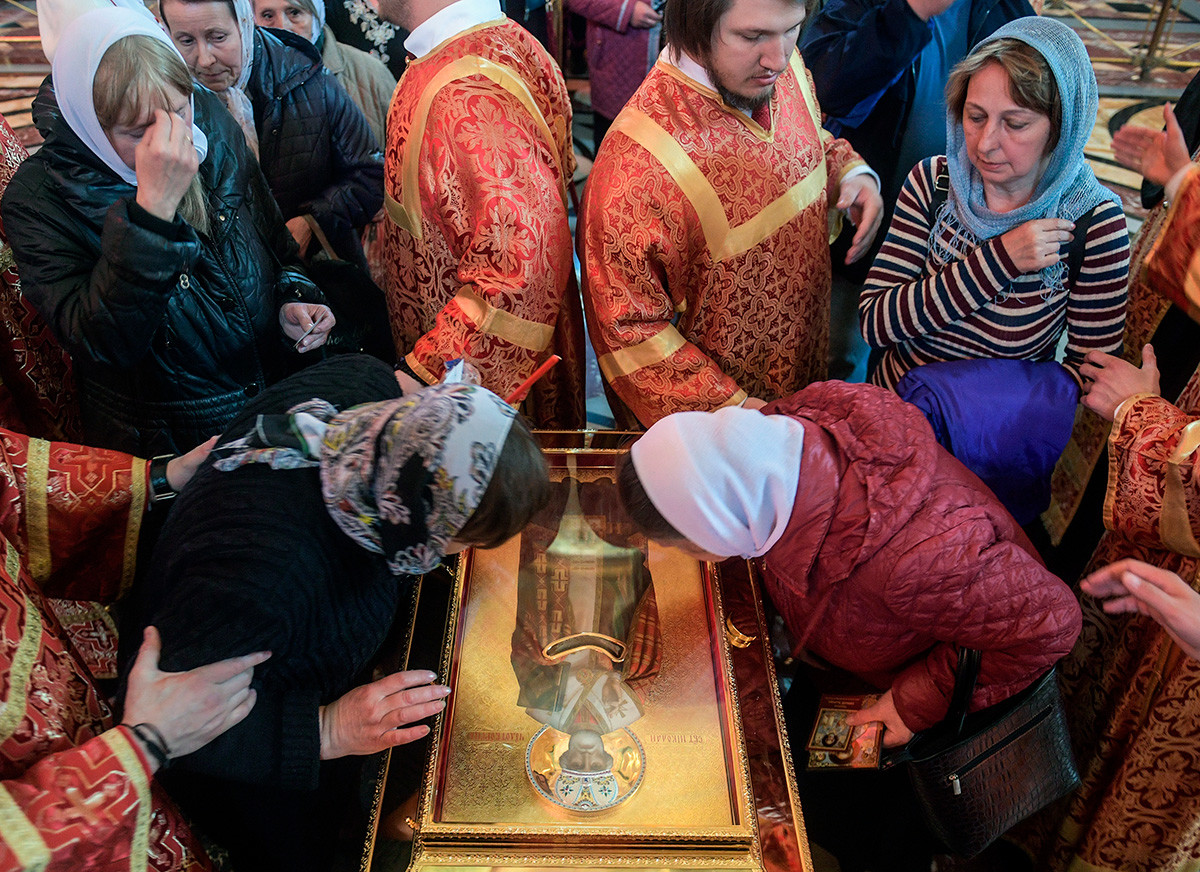 When Pope Francis, Patriarch Kirill of Moscow and Russia agreed to temporarily bring the relics of Saint Nicholas from the Italian town of Bari to Moscow, the news agitated most believers in Russia, as the relics had not left the city of Bari for 930 years. For many, touching the venerated relics was a once in a lifetime opportunity that promised all kinds of miracles.

Every day, hundreds of buses from all over Russia brought pilgrims to the Cathedral of Christ the Savior in Moscow. Roughly a million people visited the cathedral in the 52 days when the relics were exhibited there. The average wait time in the line was six hours. A 61-year-old woman was hurt when she lost two of her teeth in a stampede. Fortunately, This was the only casualty among the pilgrims, despite a hurricane that struck the Russian capital killing 18 people.

Hundreds of young people flooded Kuznetsky Most Street in Moscow on November 18, 2017, where Adidas’ flagship store was selling sneakers designed in collaboration with famous American rapper, Kanye West. A limited number of Yeezy Boost 350 V2 were selling for 17,000 rubles (ca. $270) and could have been later resold for up to 100,000 rubles (ca. $1,500). Although standing in line didn’t matter much as the outlet was selling the sneakers according to a random online distribution algorithm, it didn’t help disperse the eager teenagers – some of them spent a whole day just waiting in line. 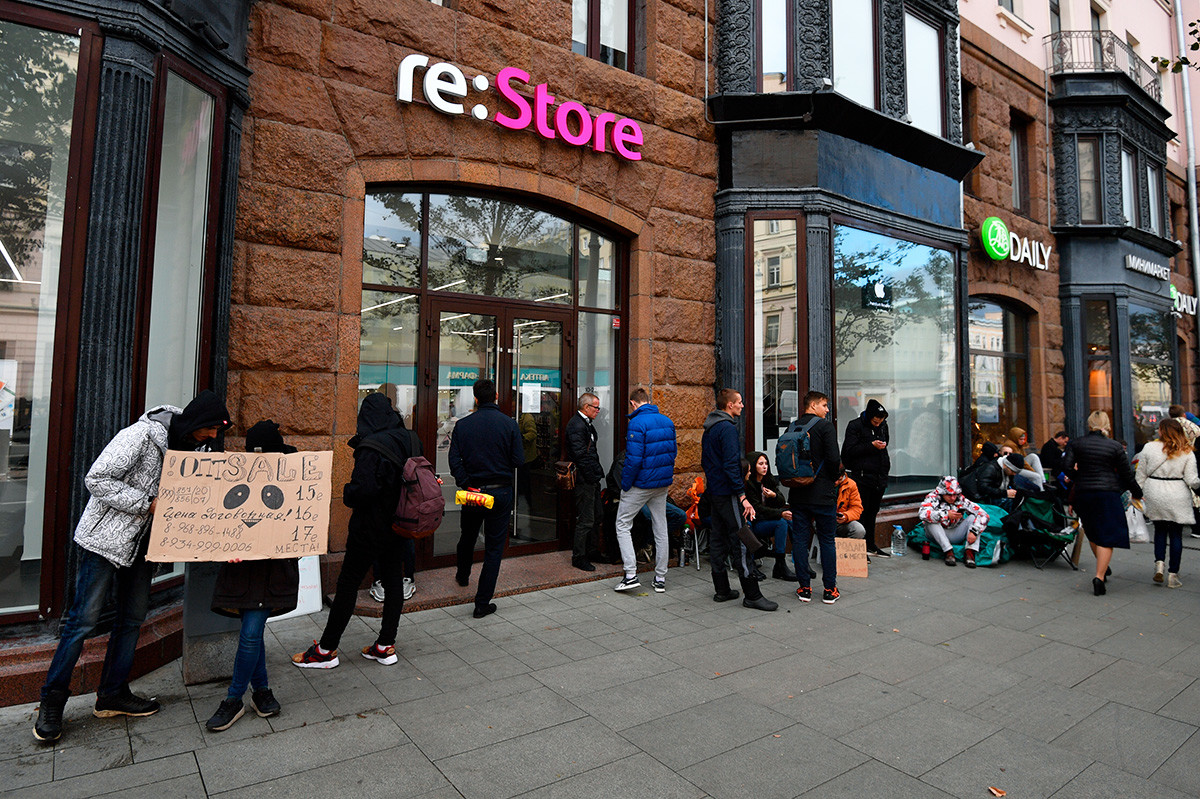 Massive lines that form in front of Apple and Apple-affiliated stores are not a uniquely Russian experience. Yet Russians make them particularly fun. People set an improvised camp in front of one of the stores and waited in line for days and nights, hoping to then sell their place in line for cash. Prices varied from a few hundred U.S. dollars to, allegedly, as much as a few thousand dollars.

Click here to learn What things did people stand in line for in the USSR?