How Albania remained true to Stalin until the late 20th century 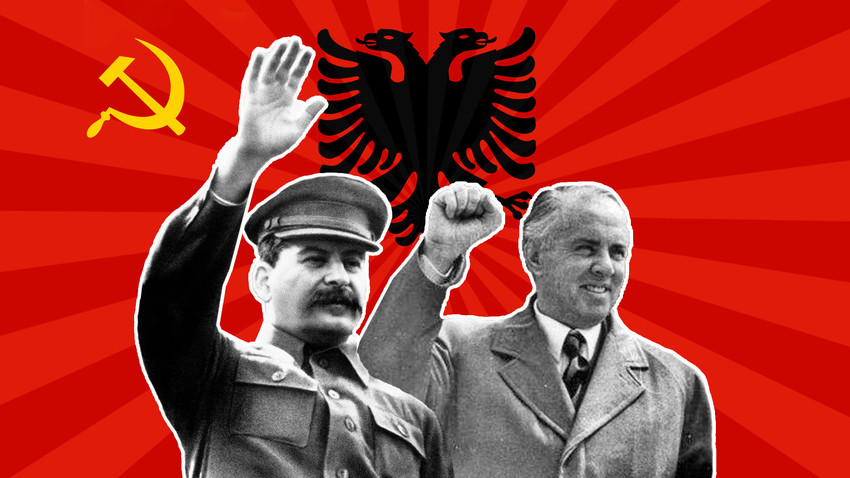 AP, Forrásjelölés Hasonló (CC BY-SA 3.0)
Even when the personality cult of the Soviet leader was debunked at home and across the entire Eastern bloc, Albania remained faithful to the ideals of the “Father of Nations.” The country turned in on itself, becoming the only Stalinist dictatorship in Europe.

“Our most loyal and reliable ally,” said Soviet diplomat Dmitry Chuvakhin, who served as ambassador to Albania from 1945 to 1952, about the country. In those days, it was impossible to put a cigarette paper between the USSR and Albania.

Interestingly, it was not the Red Army that liberated this small Balkan country in WW2, but units from the Albanian National Liberation Army. But it was the Soviets that Albanians also saw as their liberators, since, according to their leader Enver Hoxha, “the Soviet victory in the Great Patriotic War and post-war aid to Albania were the decisive factors in our triumph.” (V.V. Volkov. Soviet-Albanian Relations in the 1940-50s. St Petersburg, 2008)

This aid program for tiny Albania was enormous. Grain, equipment, weapons, and specialists were sent to the country, plants were built, and loans were given on very favorable terms. As a result, Moscow gained tremendous influence over Tirana’s entire domestic and foreign policy. So much so that when Stalin picked a fight with Yugoslav leader Josip Broz Tito in 1948, Hoxha immediately sided with Moscow, ruining the vital relationship with his closest neighbor. 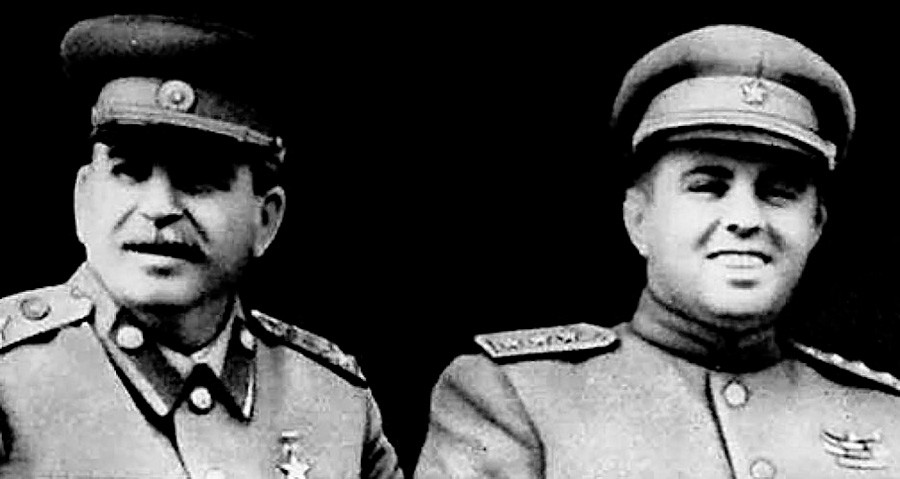 It wasn’t out of the goodness of its heart that the Kremlin poured money into far-flung Albania. Since relations with Belgrade were under a cloud, only Tirana could provide the USSR with direct access to the Adriatic and Mediterranean seas. Soviet warships regularly called in at Albanian ports, senior naval officers visited the country, and talks were held on the establishment of a permanent naval base for the Soviet fleet.

The first alarm bell for Soviet-Albanian relations sounded on the death of Stalin in 1953. Shortly afterwards, Hoxha arrived in Moscow to discuss his country’s aid package with the new leadership, but received a frosty reception and had most of his requests rejected.

The 20th Congress of the Communist Party of the Soviet Union in 1956, famous for Nikita Khrushchev’s debunking of the cult of Stalin, was a major wake-up call for the Albanian leadership. De-Stalinization spread not only across the Soviet Union, but beyond its borders, penetrating satellite countries. Enver Hoxha, himself a mini-Stalin, had reason to worry.

During the immediate political crisis (known in Albania as the “Deceptive Spring of 1956”), Hoxha’s Party of Labor was opposed by politicians emboldened by Khrushchev’s speech. Nevertheless, Hoxha emerged victorious from the internal political struggle, which cost his political rivals their freedom, and in some cases their lives. 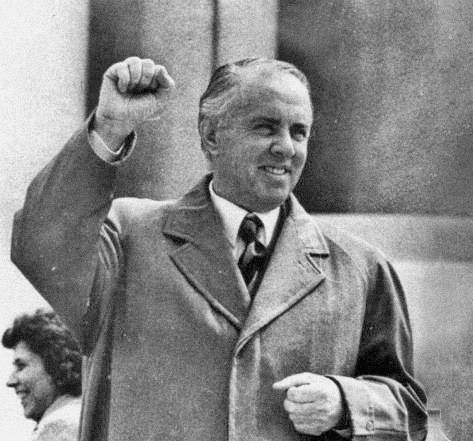 Thereafter, Albania was the last country in Europe still to recognize the cult of Stalin and pursue policies in accordance with its doctrines. “Stalin knew how to wage class warfare. He mercilessly struck down the enemies of socialism... Stalin proved himself an outstanding Marxist-Leninist, adhering to clear principles and imbued with the great courage, endurance, maturity, and farsightedness of a revolutionary Marxist,” wrote Hoxha in his tract Khrushchevites, published in 1976.

Although Soviet-Albanian relations gradually deteriorated throughout the 1950s (Tirana was particularly irked by Khrushchev’s reconciliation with Tito), cooperation continued. In 1955, Albania became one of the founding countries of the Warsaw Pact, and in 1958 it granted the Soviet fleet access to the naval base at Vlorë.

Nevertheless, mutual discontent was simmering. In the late 1950s, Albania reoriented its foreign policy to another, far larger outcast from the socialist camp — China. Chinese investment started flowing into the country. In turn, Beijing valued the data it received from Albanian intelligence: on everything from the movements of US vessels in the Pacific to details of Taiwanese coastal defense tests. 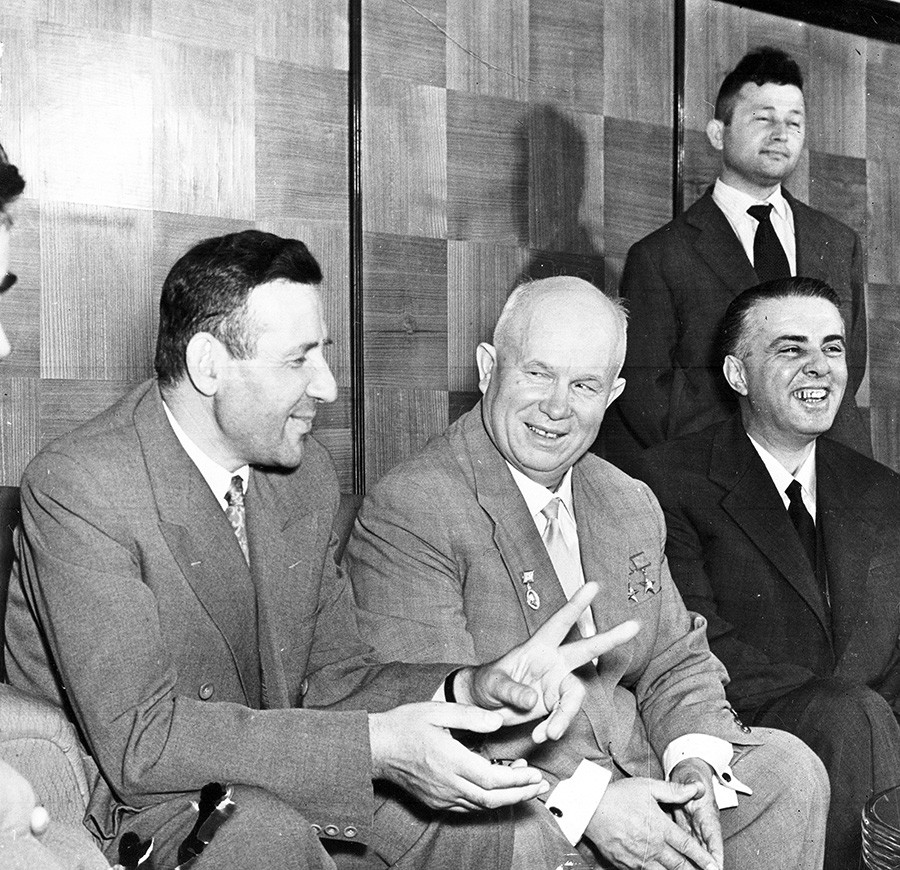 Nikita Khrushchev during his visit to Tirana in 1959.

At a meeting of Communist Party representatives in Moscow in October 1960, Khrushchev and Hoxha hurled accusations at each other for having betrayed the ideals of communism and the Marxist-Leninist class struggle. Over the next few years, Albanian-Soviet cooperation came to a standstill.

In 1961, the USSR discontinued economic assistance to Albania, and recalled its specialists. That same year, the Soviet naval base at Vlorë was closed. The Soviet fleet sailed away in a hurry, and several submarines manned by Albanian crews even had to be left behind.

Meanwhile, in Albania itself, an anti-Hoxha conspiracy began to ripen among those who supported a reversal in policy and the preservation of good ties with the USSR. However, the state security services unmasked the plotters, and the leaders (including the commander of the navy, Teme Sejko) were executed for alleged collaboration with Yugoslav and Greek intelligence.

That same year, 1961, the USSR recalled its diplomats from Tirana and broke off diplomatic relations with the country. Under pressure from Moscow, the Soviet Union’s allies in Eastern Europe also cut back their diplomatic representation in Albania. The Albanians, for their part, withdrew from the Council for Mutual Economic Assistance (in 1962) and the Warsaw Pact (de facto, in 1961; officially in 1968), which they had helped to create. 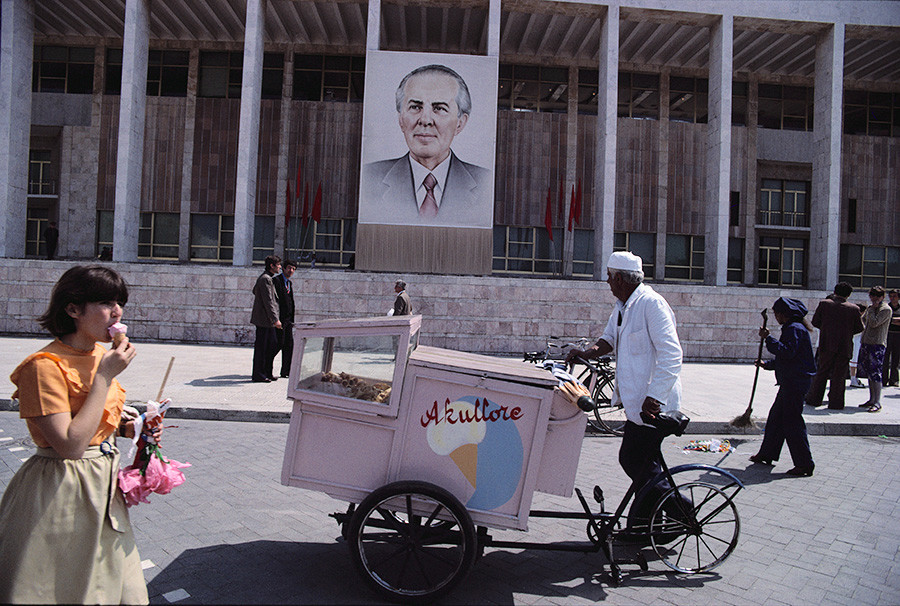 In 1975, Albania contrived to fall out with China too, which embarked on its own path of internal political transformation. Having lost its only remaining ally, Tirana plunged into total isolation for 15 years, finding itself encircled by ill-wishers from both the capitalist and socialist worlds.

According to the Albanian leadership, only Vietnam, North Korea, and Cuba remained true socialist states. And only representatives of these countries were allowed to attend the state funeral of Enver Hoxha in 1985. Telegrams of condolences from world leaders (including Gorbachev) were returned to sender.

Effectively frozen in the 1950s, Albania at last emerged from isolation during the collapse of communism in Europe, only to sink immediately into rampant economic chaos and organized crime. It was then that Moscow and Tirana finally restored diplomatic ties after a 30-year hiatus.