What were Stalin’s hobbies? 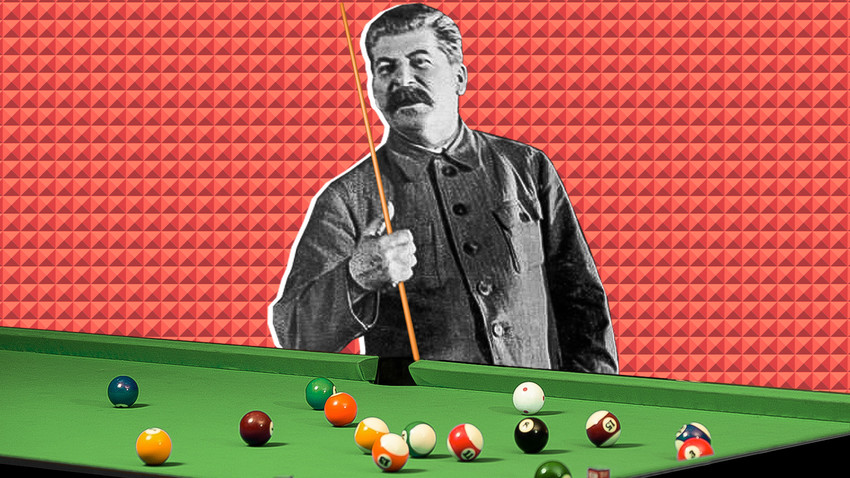 Fedor Kislov/Multimedia Art Museum; Legion Media; Pixabay
He loved playing pool and even made the losing side climb under the table as punishment.

One of the most controversial figures in Soviet history, Joseph Stalin, is praised by some and hated by others. He was the leader of the nation that turned the tide against the Nazis, and at the same time was responsible for the deaths of a countless number of his own people.

One is free to choose how to remember him, but no one would deny that his life had had a long-standing influence on what came after. But what do we know about his personal life? How did this major controversial figure like to spend his spare time? 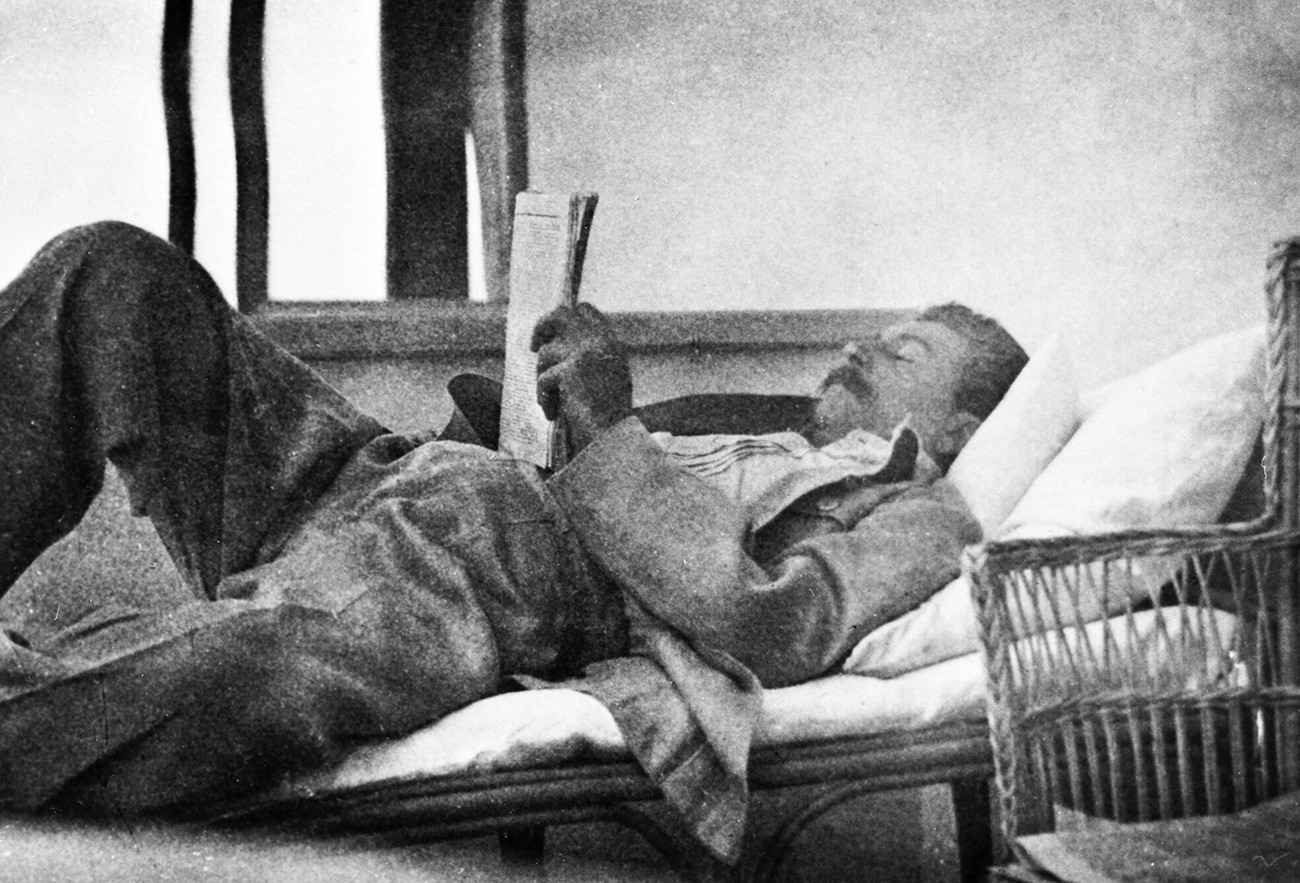 Thanks to his parents, Joseph Stalin was fond of reading since early years, and this passion remained with him throughout his life. He’d allegedly had around 40,000 books in his possession, with 10,000 of them in his main personal residence “Kuntsevo (or Blizhnyaya) Dacha” outside Moscow. He was a fast reader, often making a lot of notes on the margins. As a teenager, he also used to write poems but as his career developed he didn’t have much time left to pursue that. 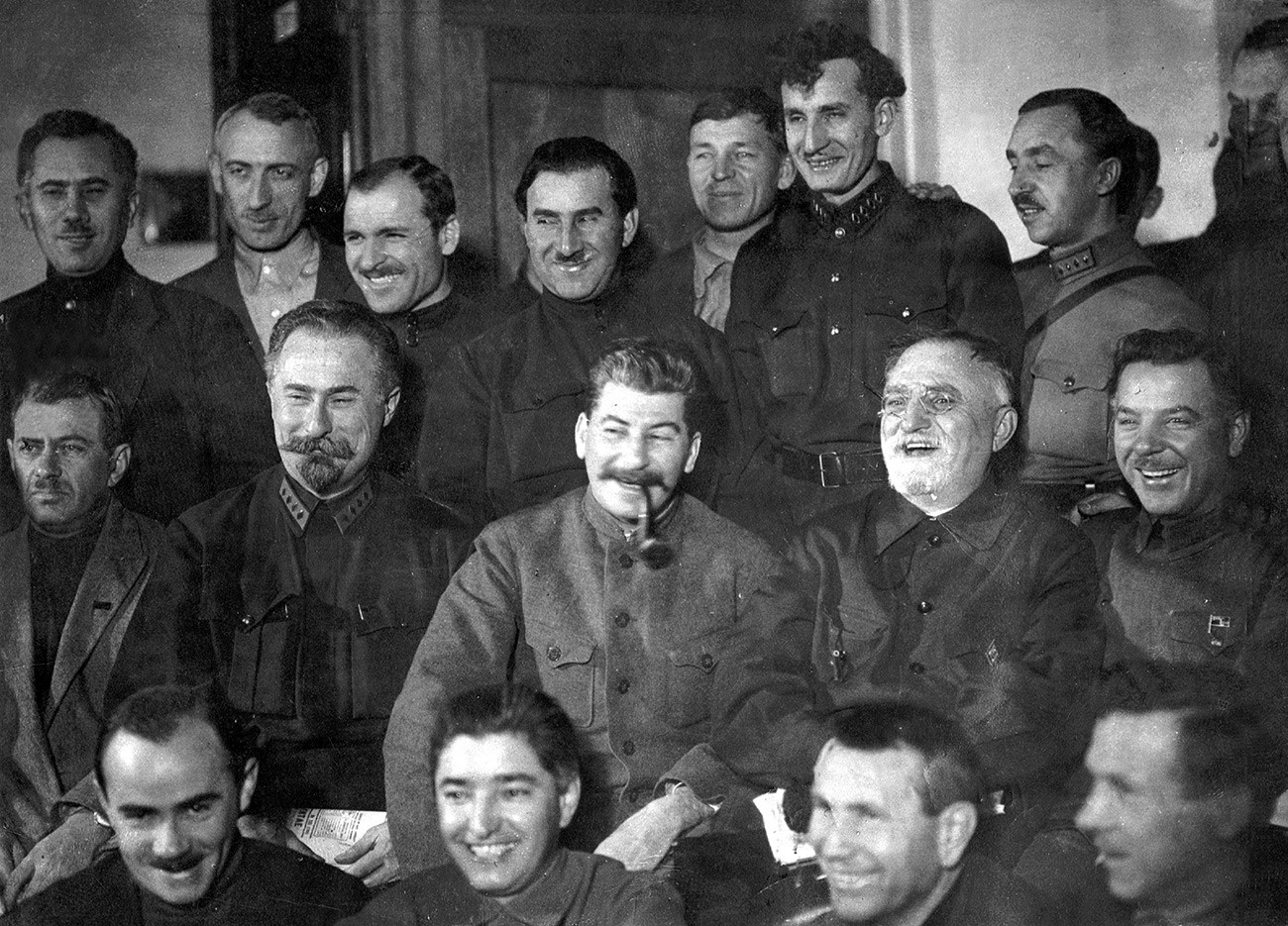 Sometimes Stalin liked to have a break from work and visit the Bolshoi Theatre for some opera, or his personal cinema room in the Kremlin. As we explained previously, the Soviet leader adored cinema, often inviting his fellow party members to private screenings, and acting as a sort of super-distributor of foreign films for the Soviet movie industry (many of these films never made it out of the room). The dictator himself would appoint and dismiss cinema bigshots, personally oversee the creation of “important” films, read scripts, and watch all the pictures.

It’s believed that one of his favorite Soviet films was “Volga-Volga” (1938), a musical comedy directed by Grigori Aleksandrov, which tells the story of a group of amateur performers who head to Moscow to take part in a talent contest. Some say that Stalin knew all the dialogue and songs by heart. 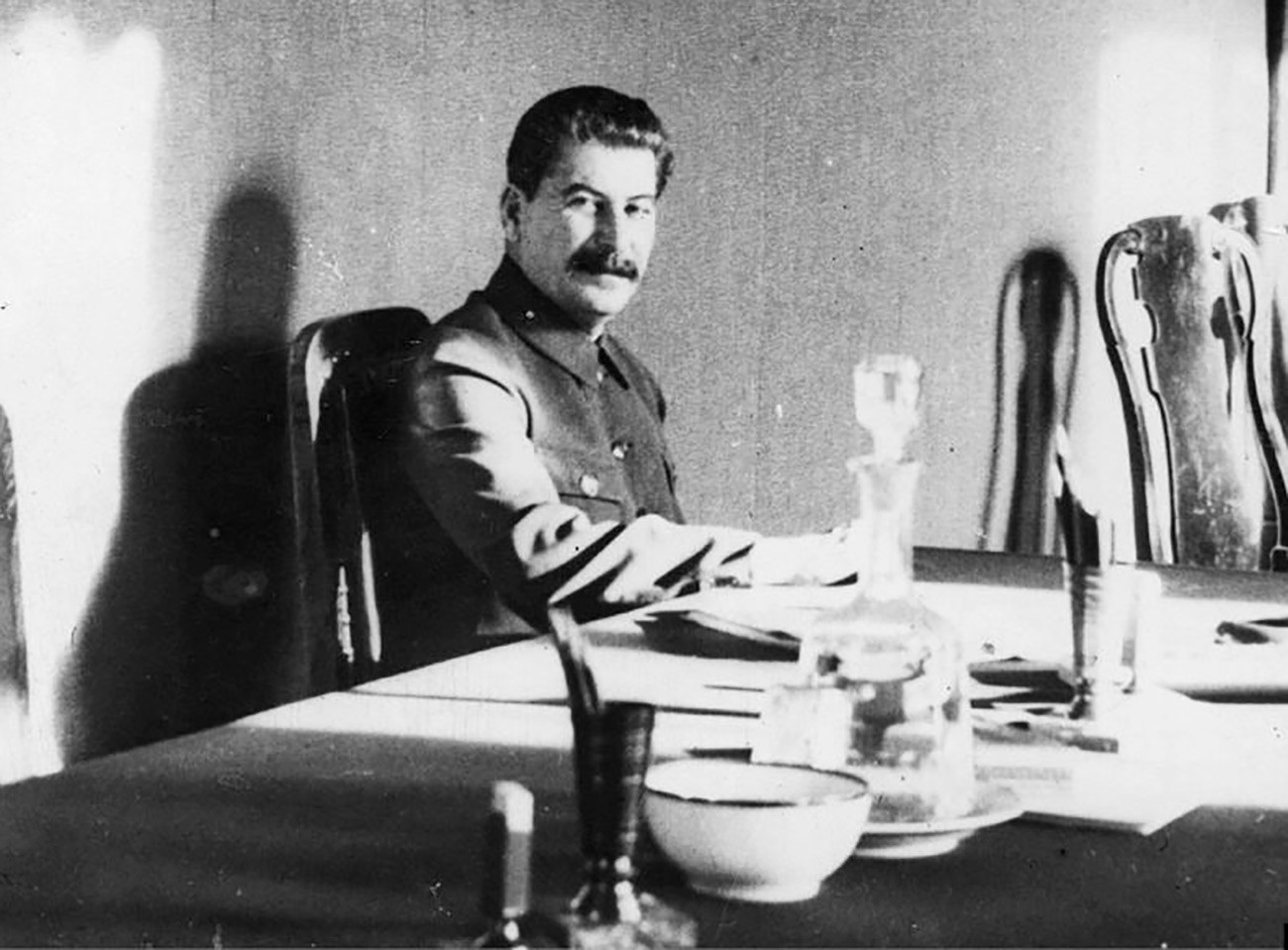 The Soviet leader was also a big fan of large get-togethers with a variety of dishes, mainly of European, Russian and Georgian cuisine. It usually resembled a sort of buffet dinner - with home-cooked bread, beverages, starters, salads, soups, and hot dishes. The staff would serve the food and then leave the room - Stalin and his guests would then help themselves with everything they wanted to have, without any servants. Such dinners could last for six hours or longer.

Stalin had allegedly had three chefs at his estate, with one extra chef at the Kremlin, if needed. He didn’t approve of any kind of canned foods and even had a special pool for live fish in his estate. He also had his own wine-making facility and even cooked occasionally - shashlik was one of his specialties. 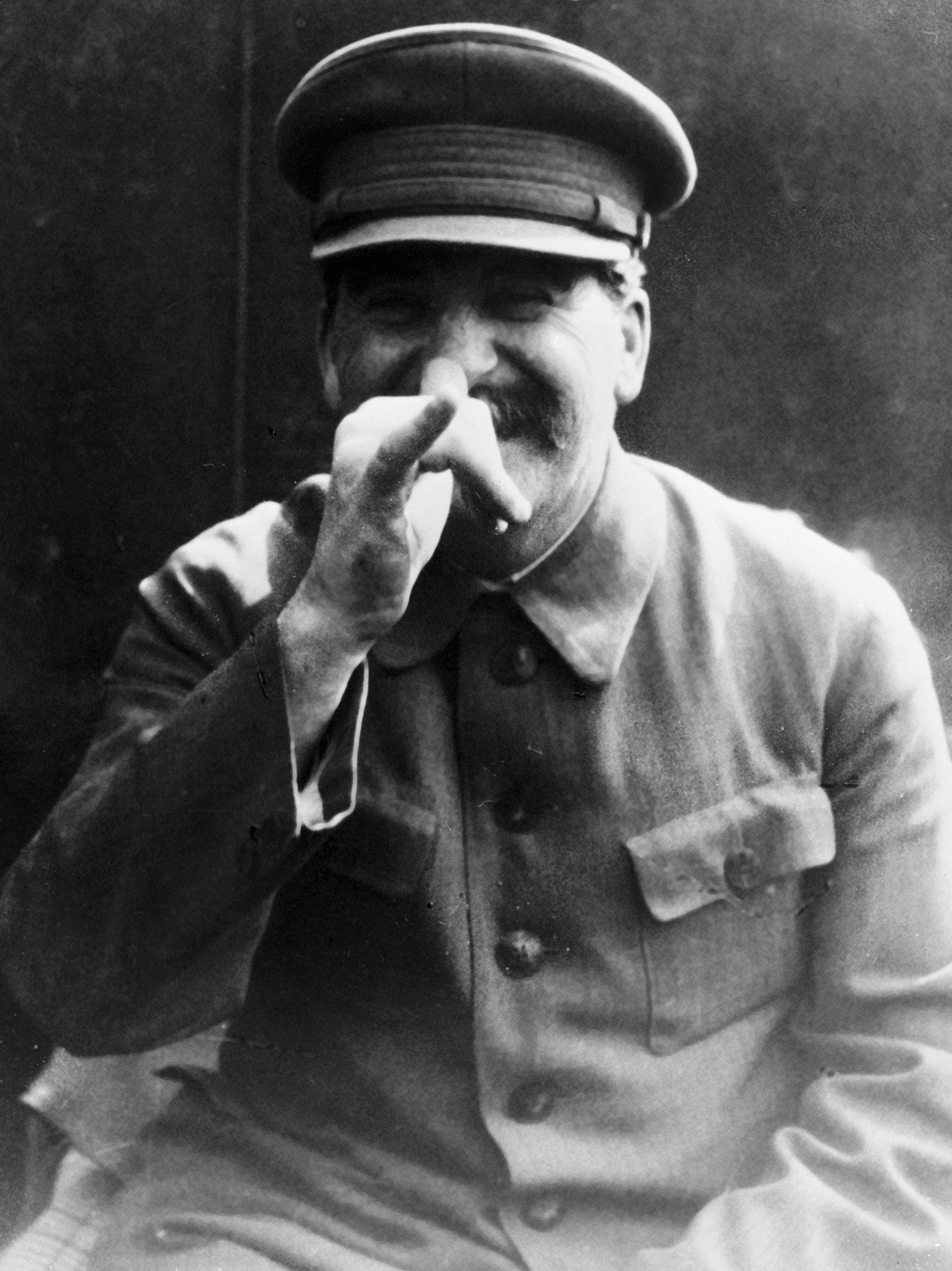 As many of Stalin’s contemporaries recall, the leader had an odd sense of humor - his jokes were sometimes quite vulgar and insulting. He also never missed an opportunity to prank and make fun of his guests, colleagues or even household staff. For instance, to clear his mind off state matters, he’d often talk to his security guards and sometimes ask them how many degrees they think it is outside. The guards and Stalin would share their estimates and then they’d check the real temperature. Stalin would then repeat the same with his guests during large dinners and make them drink as many shots of vodka as the number of degrees they were off by. 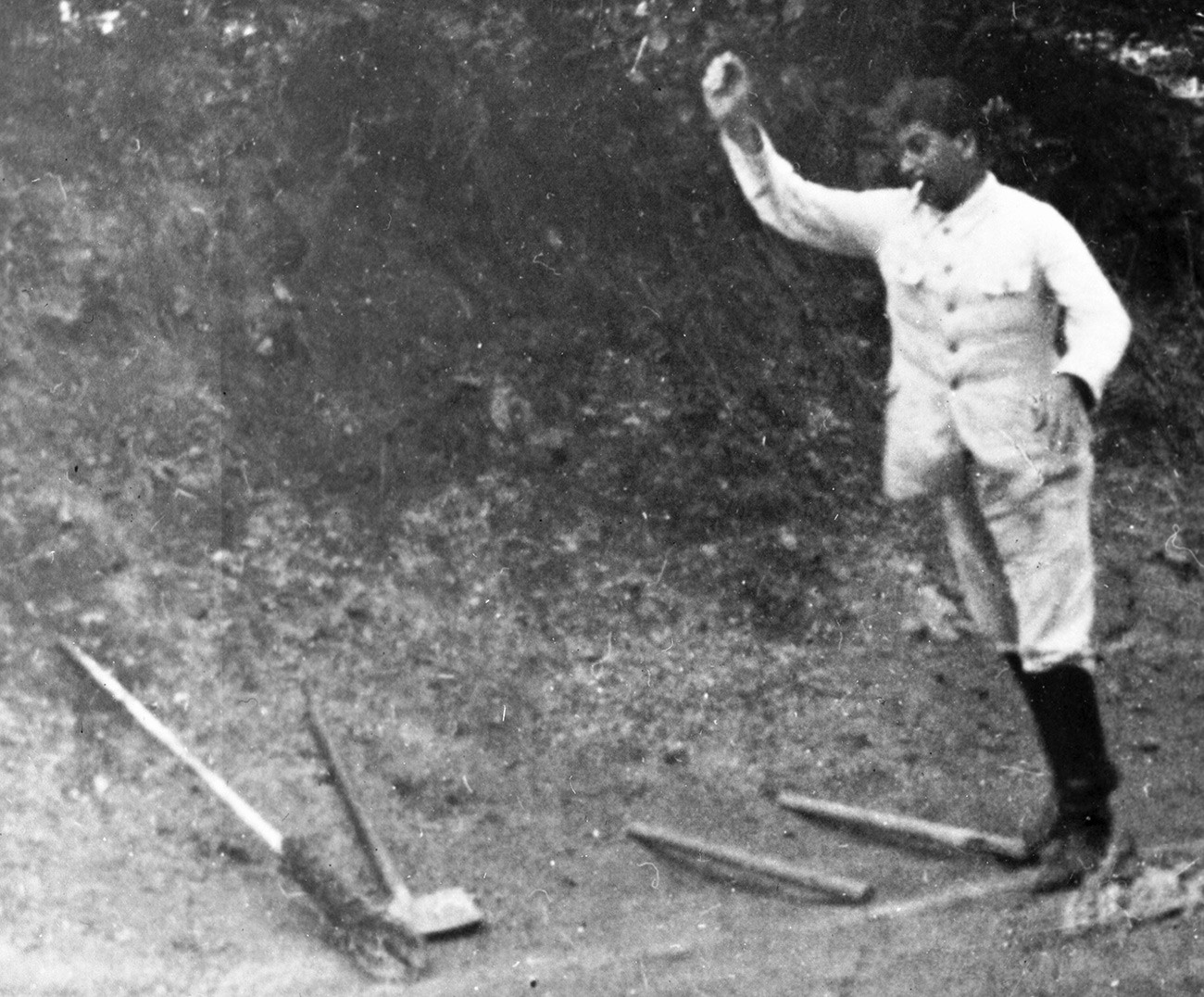 Stalin is playing gorodki. From the personal archive of Elena Kovalenko.

One of Stalin’s favorite activities was playing pool - he was a gambler and a good player, and didn’t like it when someone would lose to him intentionally. He even had a special tradition - those who’d lose had to climb under the pool table... Nikita Khrushchev was often among them!

Another game he enjoyed a lot was “gorodki” - a game in which players attempt to knock down wooden ‘cities’ by flinging batons down a court. Famous aviation constructor Sergei Ilyushin recalled in his memoirs that he was invited to Stalin’s estate to take part in a certain discussion and when it stalled the leader decided to invite everyone to take a break. "Stalin listened, not uttering a word. For almost an hour. Having understood that a solution was nowhere to be found, he finally stopped the discussion and proposed to 'go and play gorodki instead.' Everyone agreed willingly and for four hours there was an enormous fuss on the gorodki court. Stalin was a keen player, skillfully knocked down the pieces, bantered with the losers…" 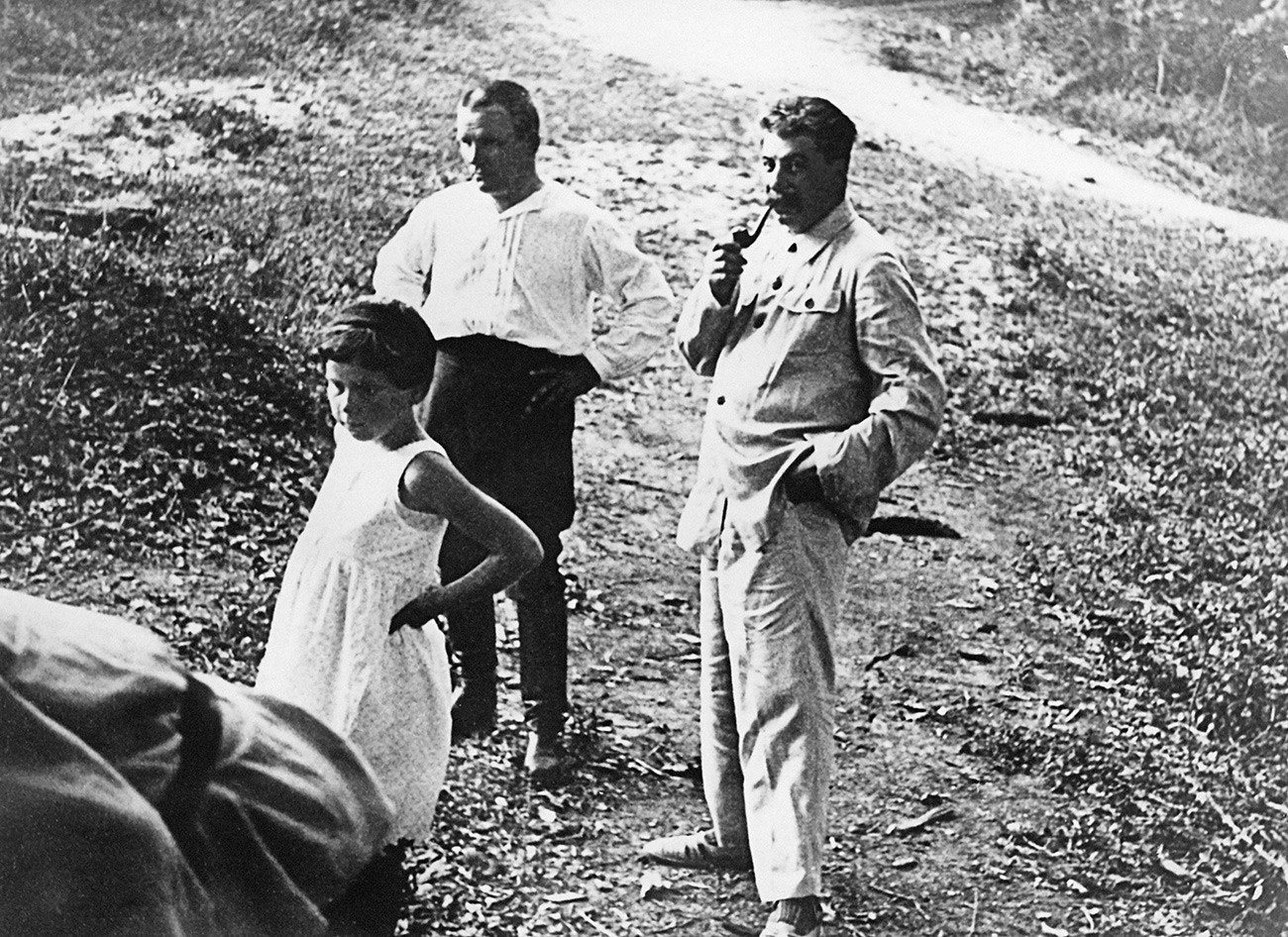 Sergei Kirov, Joseph Stalin, and his daughter Svetlana. 1930s. From the personal archive of Elena Kovalenko.

The leader also tended to spend a lot of time outside, either on his open terrace in the winter or in the park during summer. In the peace and quiet, he’d take care of his daily work duties, like signing official decrees or execution lists…

Furthermore, he was actively involved in the everyday running of his estate - he’d say where to build another flower bed or path, follow the latest agricultural news and experiment with planting various veggies and fruits. For example, in the autumn of 1948, some Moscow stores started to sell watermelons - as it turned out they came from Stalin’s farm, which produced 8 tons of that year!