Saltychikha: The story of the most EVIL woman in Russian history 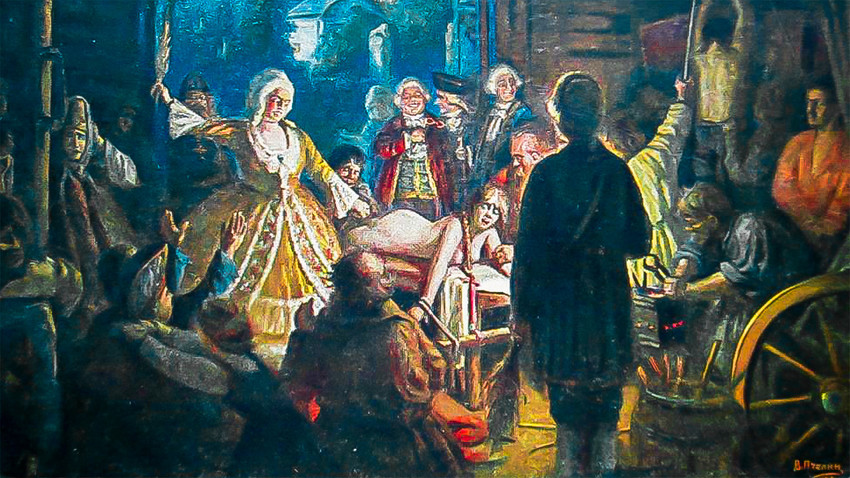 V.N. Pchelin
It’s believed that she tortured to death over a hundred of her own serfs, with the majority of them being young women.

When one thinks about serial killers, it’s usually male figures that first come to mind. But history knows no shortage of cruel women - just remember the famous Hungarian Countess Elizabeth Báthory, who killed hundreds of young women between 1585-1609.

Well, a noblewoman with a similar inclination also lived in Russia in the 18th century. Her name was Daria Saltykova, but the people referred to her simply “Saltychikha”, pointing to her notorious nature, which turned her into a somewhat mythical figure in the collective Russian mind.

It was proven that, in 1756-1762, she killed at least 38 of her serfs, with the number likely being a lot higher. Witnesses spoke of 138 deaths in total, but her involvement was never confirmed. Among her victims were mainly young women whom she would beat with whips, bats and logs, tear their hair, burn with a hot iron, starve, freeze or drown to death.

Even when she was still alive, people used to spread scary stories and rumors about her taking baths in victims’ blood and eating babies.

So who was this woman and why had the authorities failed to capture her for so many years? And, most importantly, what drove her desire to kill and mutilate?

A young widow with 800 serfs 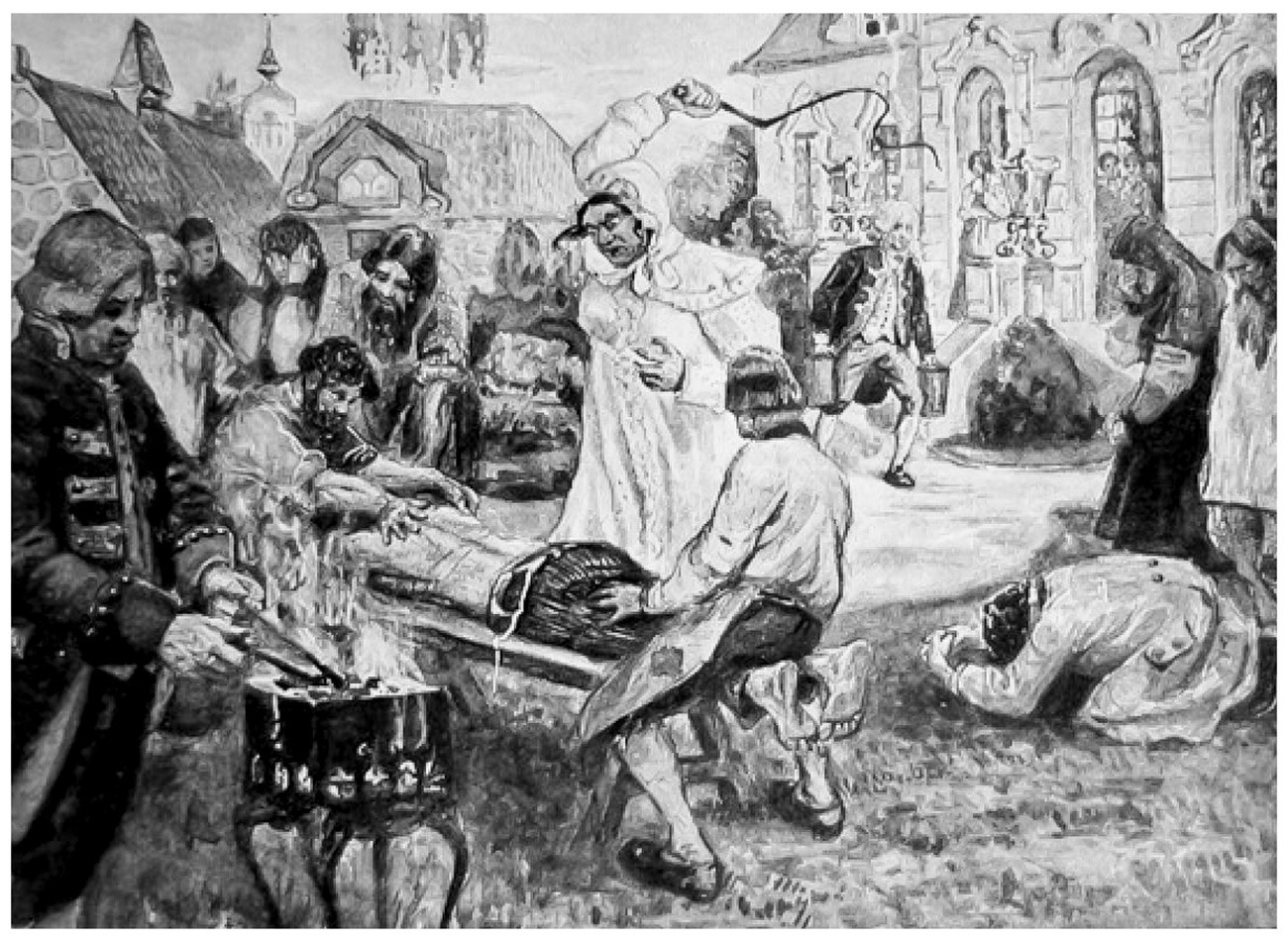 Saltykova (1730-1801) was born into a wealthy noble family and in her youth was known as a rather good-looking and pious lady. She married young and had two sons. Her husband was from the famous and influential Saltykov family, but didn’t live long - he died of an illness and left his 26-year old wife a widow in charge of a large estate with 800 serfs.

It was after her husband’s death that Daria first started to reveal her sadistic tendencies. She’d punish her staff for every mistake they made (big or small) - at first beating them herself and then ordering her male servants to do it, when she felt tired. Her main victims were usually young women but sometimes men also had to suffer.

After being tortured or beaten at the house, her victims would then be whipped to death at the stables and Saltykova usually was there to watch till the very end.

Allegedly, on one occasion, she tortured a pregnant governess, instigating labor during the torture. When she died, male servants put the coffin with her body outside in the cold and left her newborn child on top, allowing it to freeze to death. 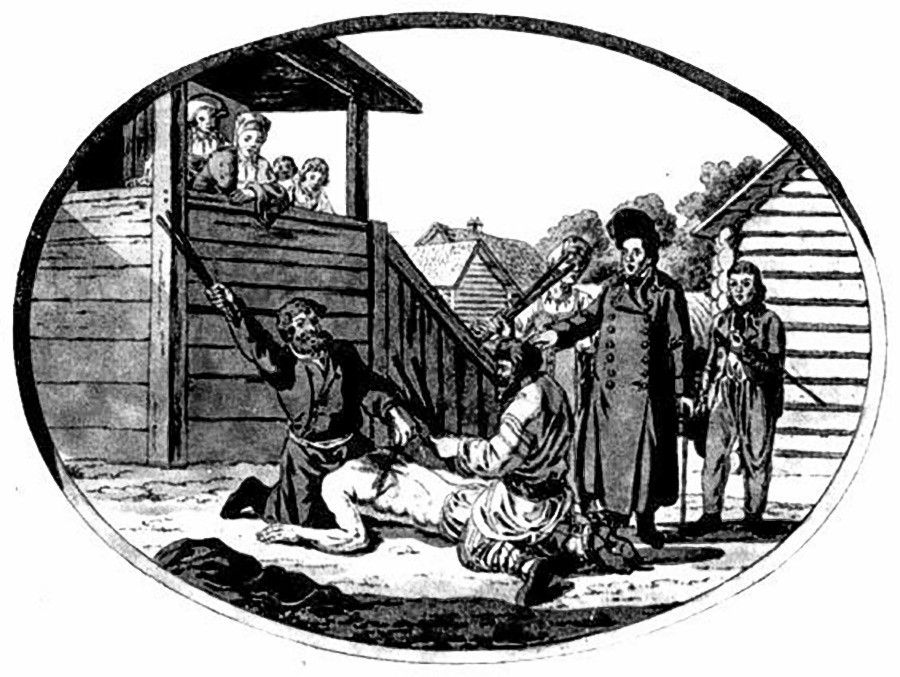 Another serf girl was driven by a stick to the pond and kept there standing neck-deep in cold water. After several hours she drowned.

Accidentally killing or hurting a serf was not a punishable thing in those times, but even given that, Saltykova’s practices seemed too much.

At one point, Saltychikha had the gall to order her servants to kill noblemen. After her affair with a young and distant relative, Nikolai Tyutchev (grandfather of poet Fyodor Tyutchev), and his subsequent decision to marry another, younger woman, she was furious. She wanted revenge, so she ordered her servants to plant a bomb in their house.

As opposed to murdering a serf, killing a nobleman was a crime that her male servants were too afraid to carry out, so they chose to warn them instead. Saltychikha came up with another plan later: attack Tyutchev and his wife in their carriage. However, it also failed - one of the servants warned them again. 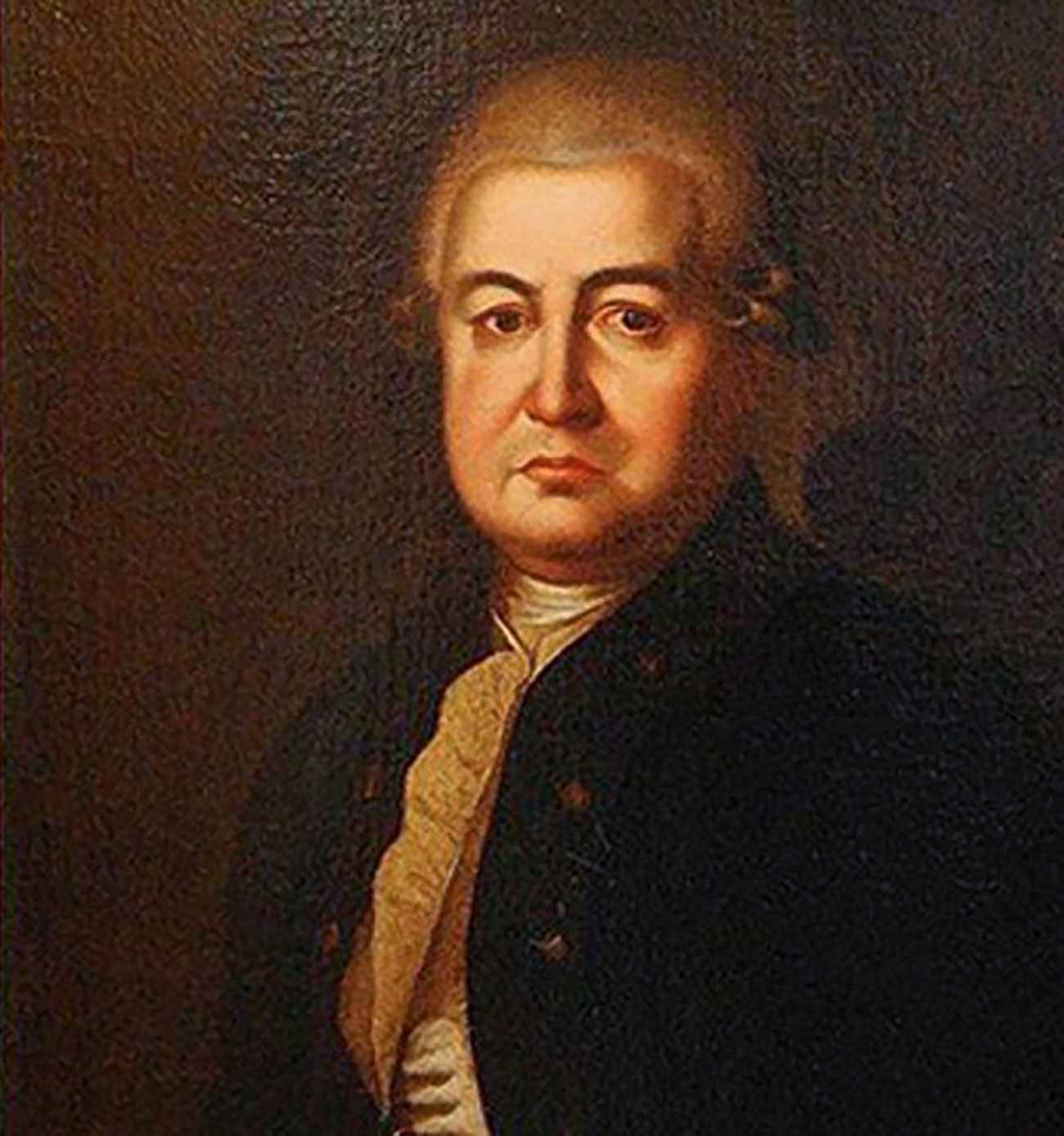 Some believed that it was this jealousy that turned a young widow into a monster, but serfs suffered from her cruelty even before her affair with Tyutchev.

So what drove her bloodthirst? There is no consensus on that to this day. Some believe that she must have felt too much pressure: as a young widow she had to be a good mother to two sons and a good master of a large household, which had to be clean and respectable. Tied to her noble status and numerous obligations, she simply started to hate all this daily hassle more and more, with serfs falling victim to this hatred.

Others argue that she was clearly a psychopath, prone to unmotivated aggression leading to the most brutal and sophisticated killings. Plus, they argue that her special interest in young women could have been a sign of latent homosexuality.

The investigation and arrest

Up until 1762, Saltykova’s serfs that lived in constant horror sent 21 letters to the authorities telling about the atrocities happening at the estate but, with no success. Saltykova was a member of an influential family and had connections at court, plus, there was never a case in Russia of that time when nobles were publicly held responsible for things they did to their peasants.

It was only when Catherine the Great ascended the throne when things started to change. The new ruler wanted to set things right, but fighting noblemen wasn’t easy. By lucky chance, two of Saltykova’s trusted servants (one of them lost three wives to her bloodthirst) managed to get a letter to the new Empress drawing her attention to the matter. In 1762, the 32-year old noblewoman got arrested, but it was only six years later when an official sentence was handed to her. 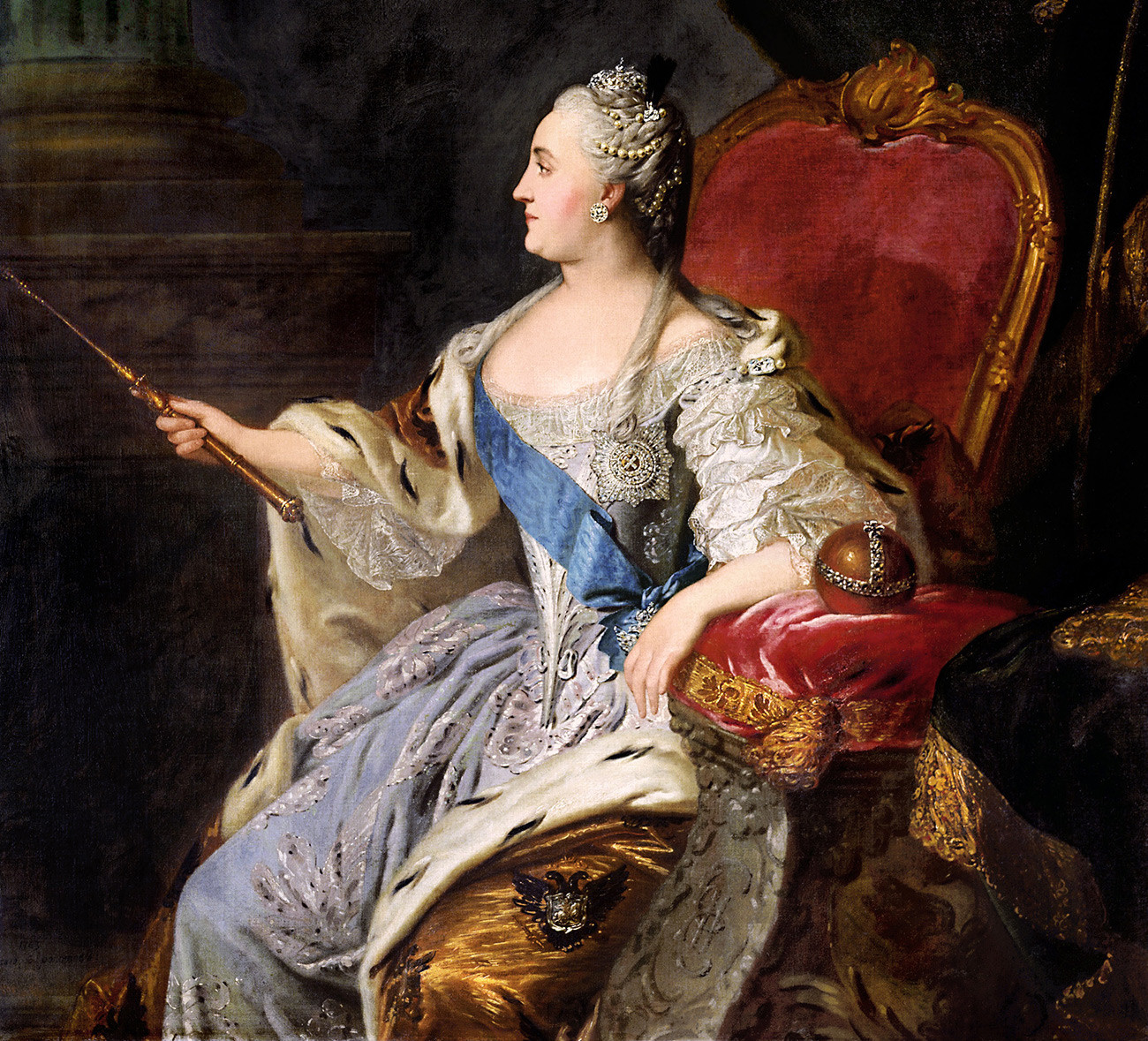 Why so long? Saltychikha never admitted to her crimes and it took a while to interview the witnesses who, at first, were too scared to tell the truth. Allegedly, Saltykova’s connections at court did their best to influence the investigation process and, as a result, she faced a milder sentence than one that probably should have been. In 1768, Catherine issued her final judgment, calling Saltychikha “a monster of the human race” (урод рода человеческого), and ridding her not only of her noble status and assets but also of the right to be called a woman - the Empress said Saltykova should be addressed as a “he” because no woman can be capable of such cruelty. 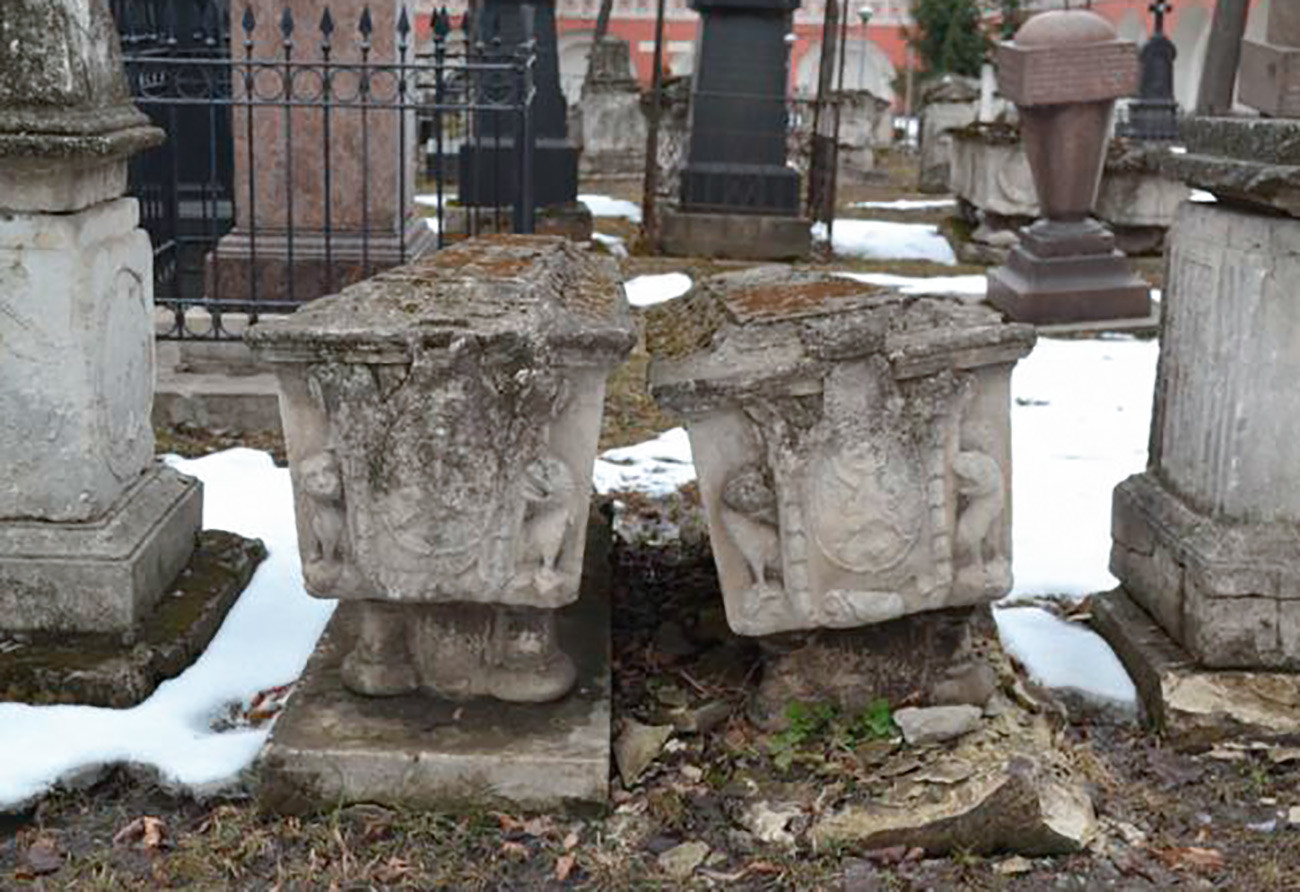 The graves at the Novodevichy monastery. One of these two belongs to Saltykova. Another one is her son's.

As punishment for her sins, Saltychikha had to stand on the Red Square for one hour with a poster saying “a torturer and murderer”, before being imprisoned for life at a monastery. She lived a long life and died in 1801, the same year as her last living son. Today, one can find her grave in the Novodevichy monastery, and there is nothing remaining of her Moscow house and estate.