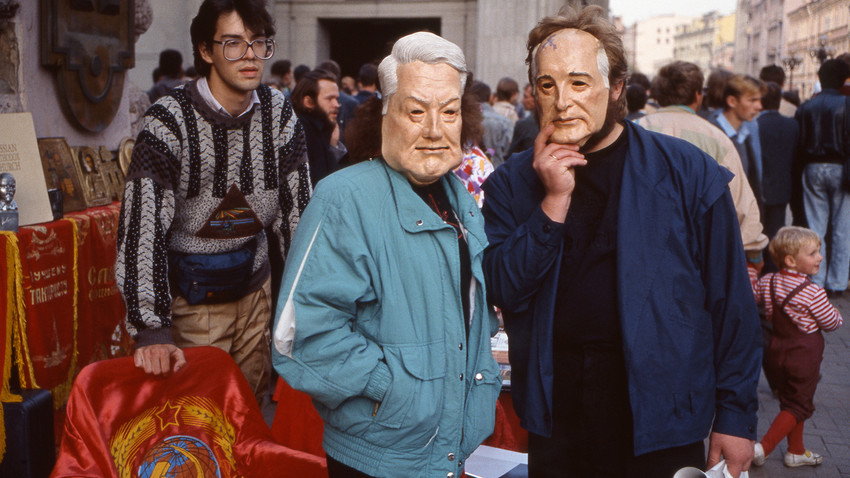 Getty Images
From chaos and crime to freedom and opportunity - this period in Russian history was sort of a roller coaster ride - one we commonly refer to as the “wild 90s”.

Do you remember a time before iPhones and social media? In 90s Russia, the period of my childhood, we used to find joy in other things (like a new Barbie, a handheld Tetris game, or bubble gum) and connected with friends in real life, not through WhatsApp or Telegram.

1991-1999 was an exciting period to grow up in. Russians witnessed many things: the 1991 coup attempt, the collapse of the USSR, and the new Constitution of 1993, opening the door to democratic freedoms, the first free elections, the privatization of state assets, two wars in Chechnya, the fall (and rise, and fall again) of the ruble - the list goes on! In the collective Russian consciousness, this period settled as “the wild 90s” (лихие девяностые). Let’s take a closer look. 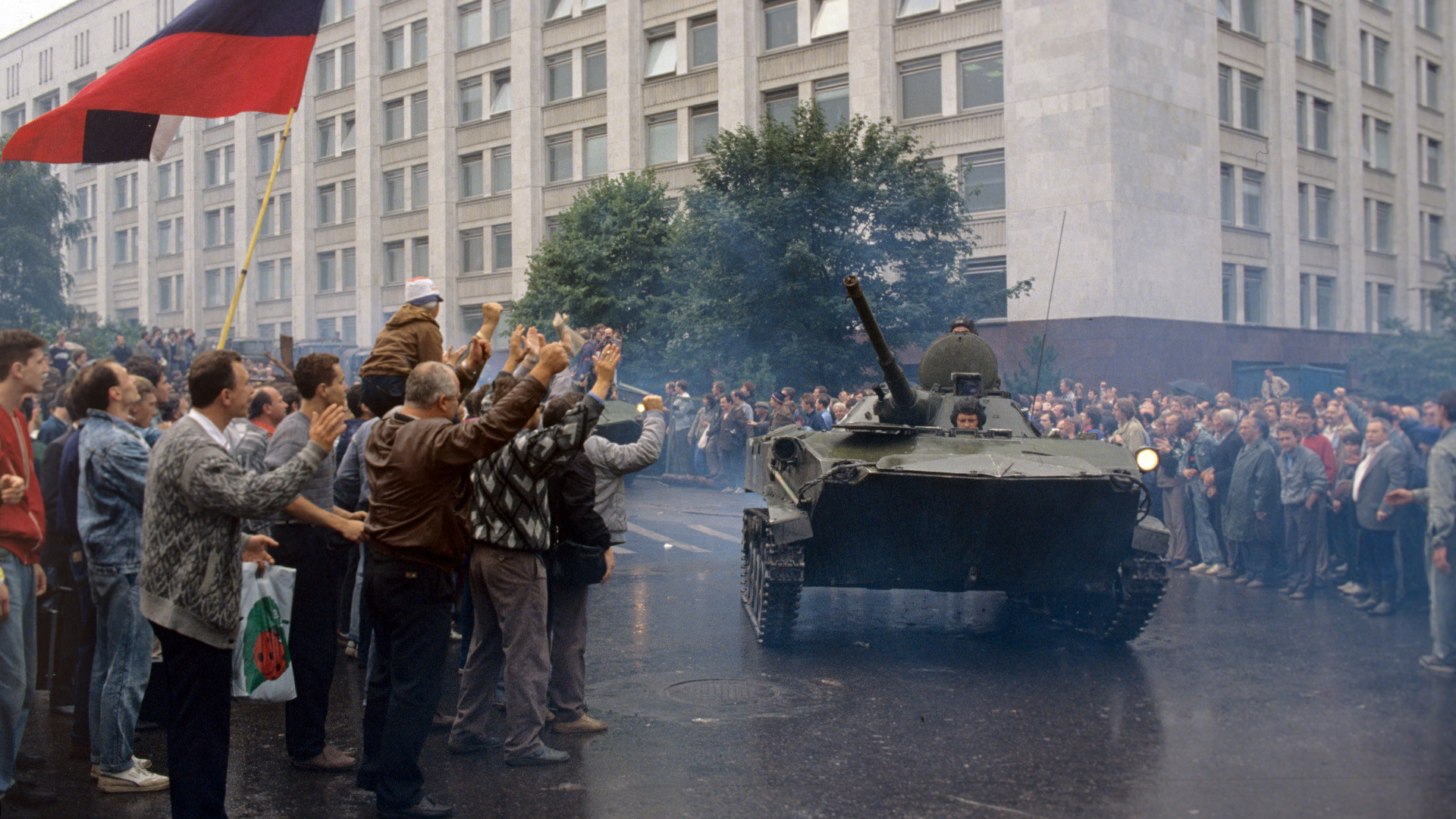 Many dreamed that the fall of the Soviet Union would instantly bring jeans (we were huge on jeans!) and other Western goods to the country, but reality had quickly set in. The stores grew empty and the money had lost its value. Those who worked in state-run institutions or depended on the state had suffered the most, while business-savvy individuals saw new opportunities up for the taking. 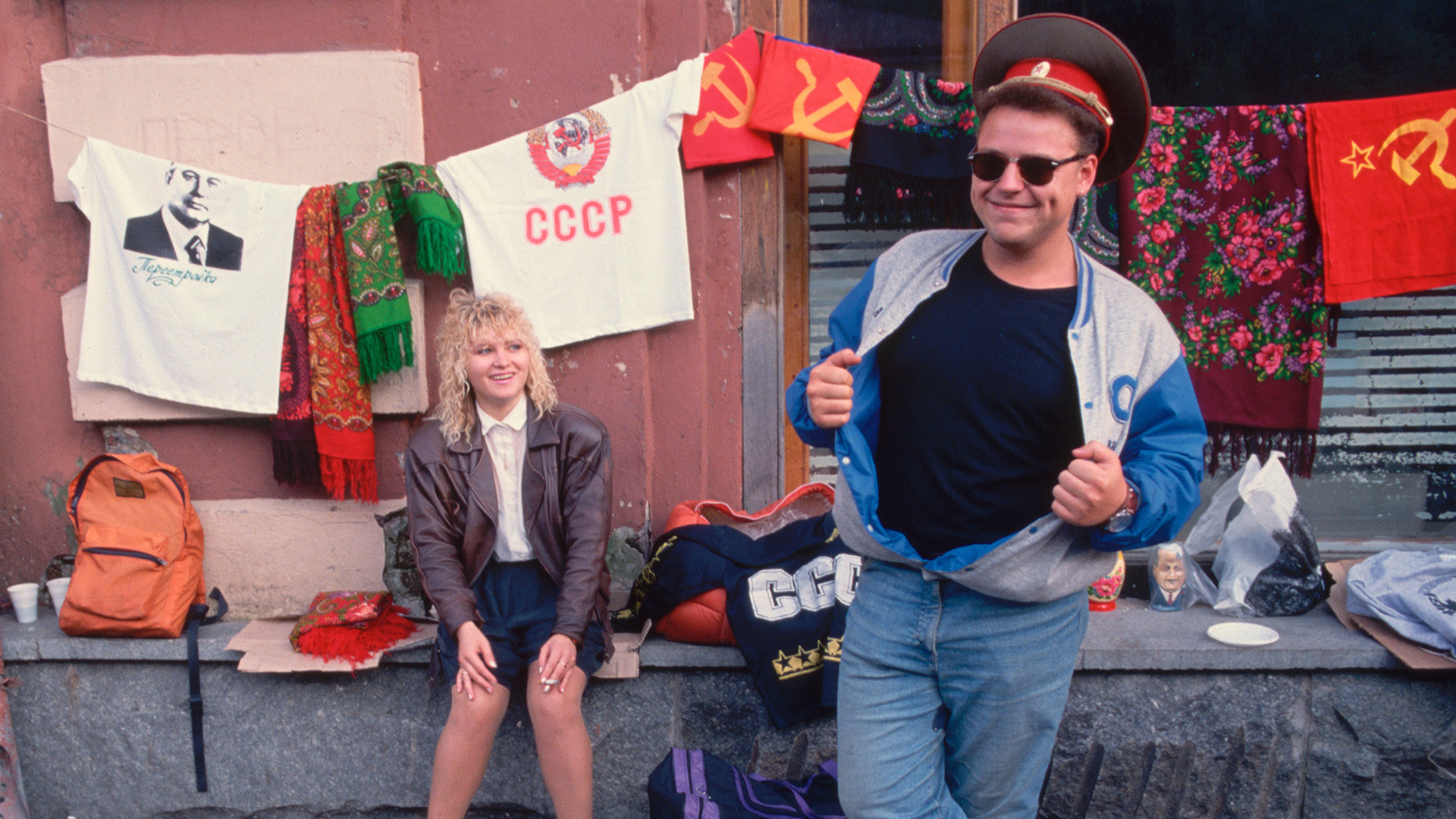 On the one hand, the fall of the previous regime wrecked any hope of stability it had promised those who served it: everyone knew that he/she would get a job after graduation, and be able to support a family with a decent wage - and even occasionally relax at domestic Black Sea resorts. But, on the other, the new, democratic path, gave ordinary people access to international travel (not the money, of course) as well as things like providing more freedom to the media, which grew to become a real force in 90s Russia.

2. Crime was on the rise

Law and order had temporarily ceased to mean anything with the collapse of the country. Complete anarchy and chaos had taken over. Some Russian businessmen remember to this day the risks of doing business in the 90s: you were either killed, kidnapped and tortured, or had had to worry about the safety of your family and loved ones. 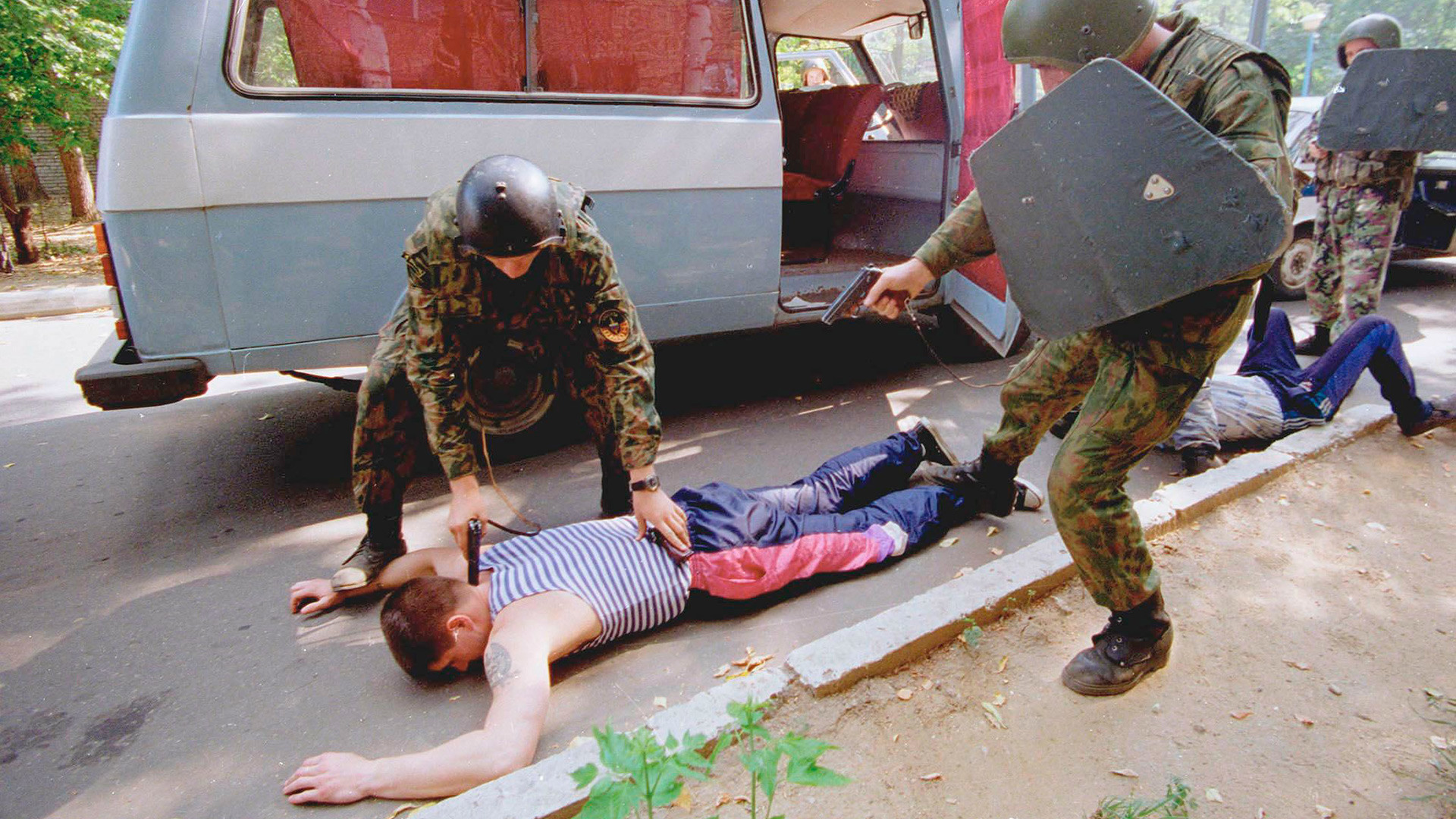 “In the 90s, everything turned upside down. The country had become divided into two camps: the hunters and the prey,” recalls Valery Loktionov, European Bodybuilding Champion. “Businessmen were the prey and gangsters were the hunters. Because the law didn’t work, it was the criminal leaders who were the main source of power. People came to them willingly seeking help and so did businessmen, to seek protection. If you secured protection (“крышa”) from a good gang then you didn’t have to worry much.”

3. One could make money…

The 90s was a time when many of today’s billionaires had accumulated their wealth - some cashed in on localizing foreign software or setting up the first stock exchange, while others, like the infamous Roman Abramovich, started off by selling rubber dolls or offering cashing services at a huge commission, such as the exiled Mikhail Khodorkovsky.

Some even managed to use the situation to buy internationally-known Russian brands at below the market value - take Stolichnaya vodka, for instance! Yuri Shefler, who bought the brand in the 90s, has been making $500-$680 million annually, according to various estimates. 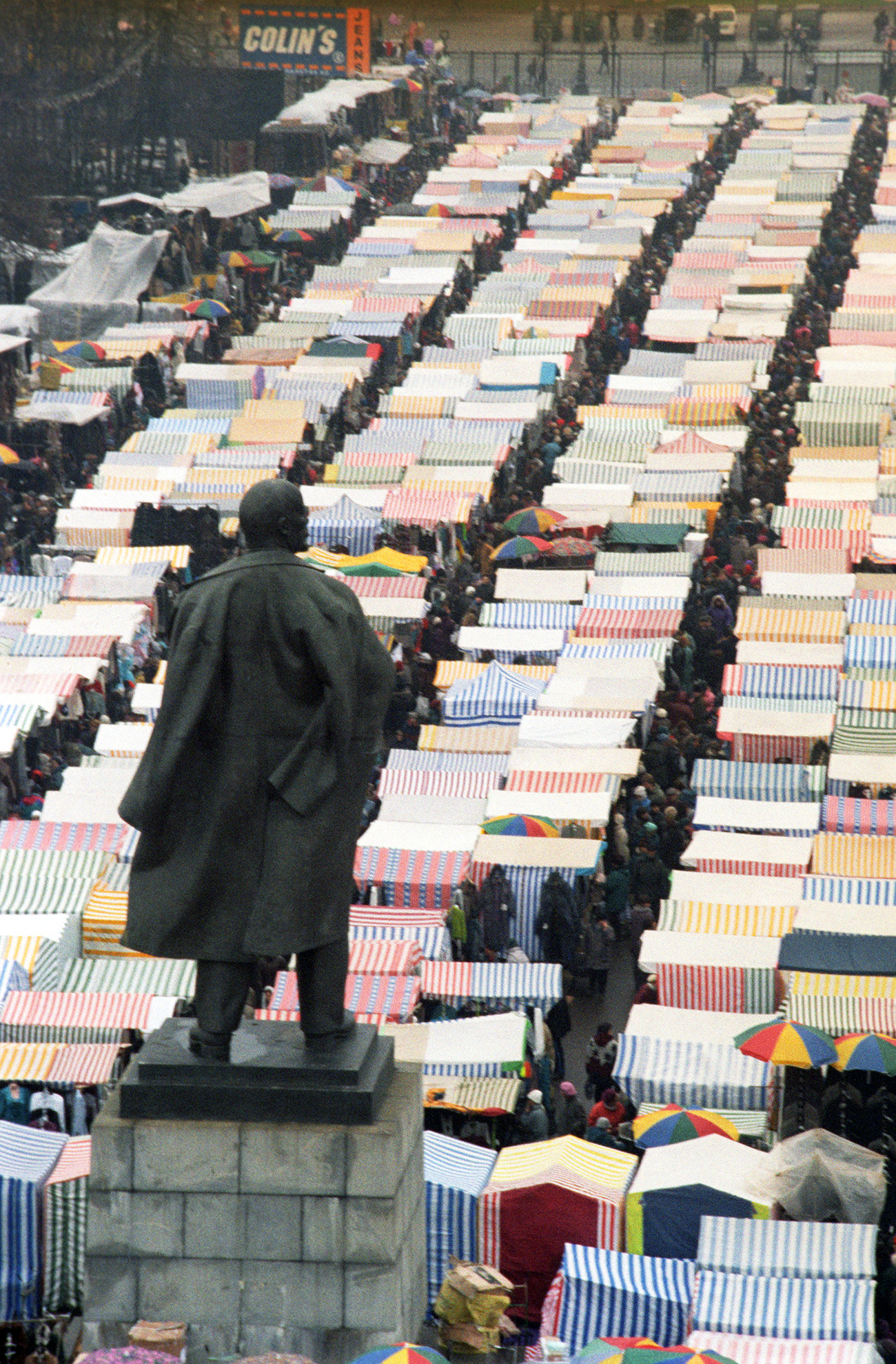 Just imagine how many niches were open to Russians in the 90s. From vinyl and auto parts to leather jackets and alcohol - shuttle traders and resellers could make a fortune at the time. For example, there is a story about a guy who managed to get a million defective plastic bags (either for free or for a low price) from France. Every Soviet person dreamed of having such a bag, especially with some random foreign writing on it. So the guy sold them all for 5 rubles each in Moscow - 5 million overall!

Plus, there was an opportunity to get lucky with inflation and the ruble’s fluctuations. Vitaly, 69, from Ryazan, remembers that in the late 90s he had some pension savings in his Sberbank account. “I had heard some rumors that there was going to be an inflation. My wife recommended that I exchange my savings for US Dollars - so I bought $1,000 first, and then $500 more, at the $1 = 6 ₽ rate. And then the ruble had indeed fallen, and the dollar rose sharply,” he recalls, adding that he managed to buy a new car for the sum he earned. 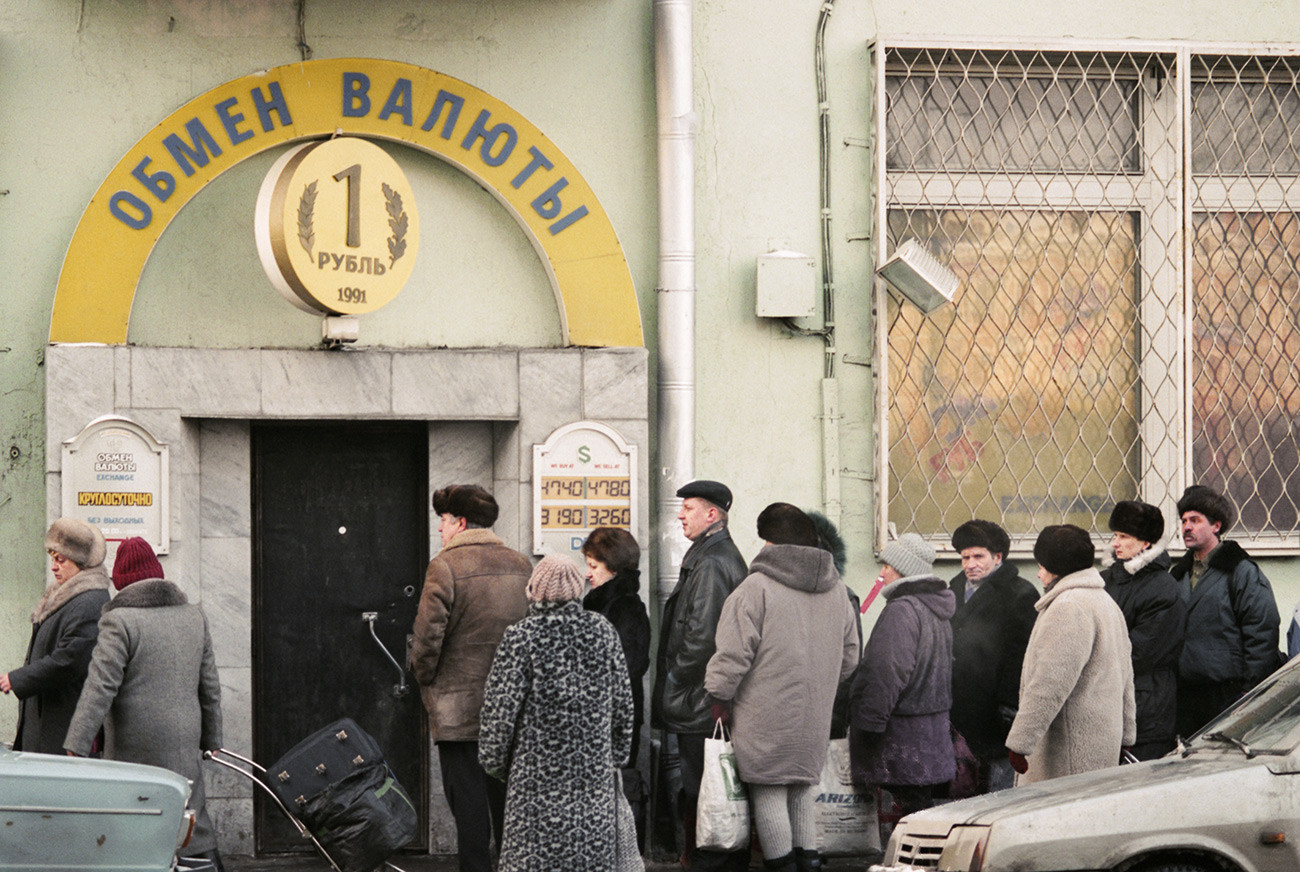 4. Or instantly lose everything they had

“The 90s was a very difficult time,” says Larisa, 64, from Moscow. “We stopped getting paid, the inflation was colossal, all of the savings had practically disappeared. My aunt had saved money to buy a car, and when she saw what was happening she took all the money from her Sberbank account at once and bought a new winter coat.” There are many more stories like that, with people not only losing their financial stability, but also falling victim to pyramid schemes (like MMM) and currency speculators. 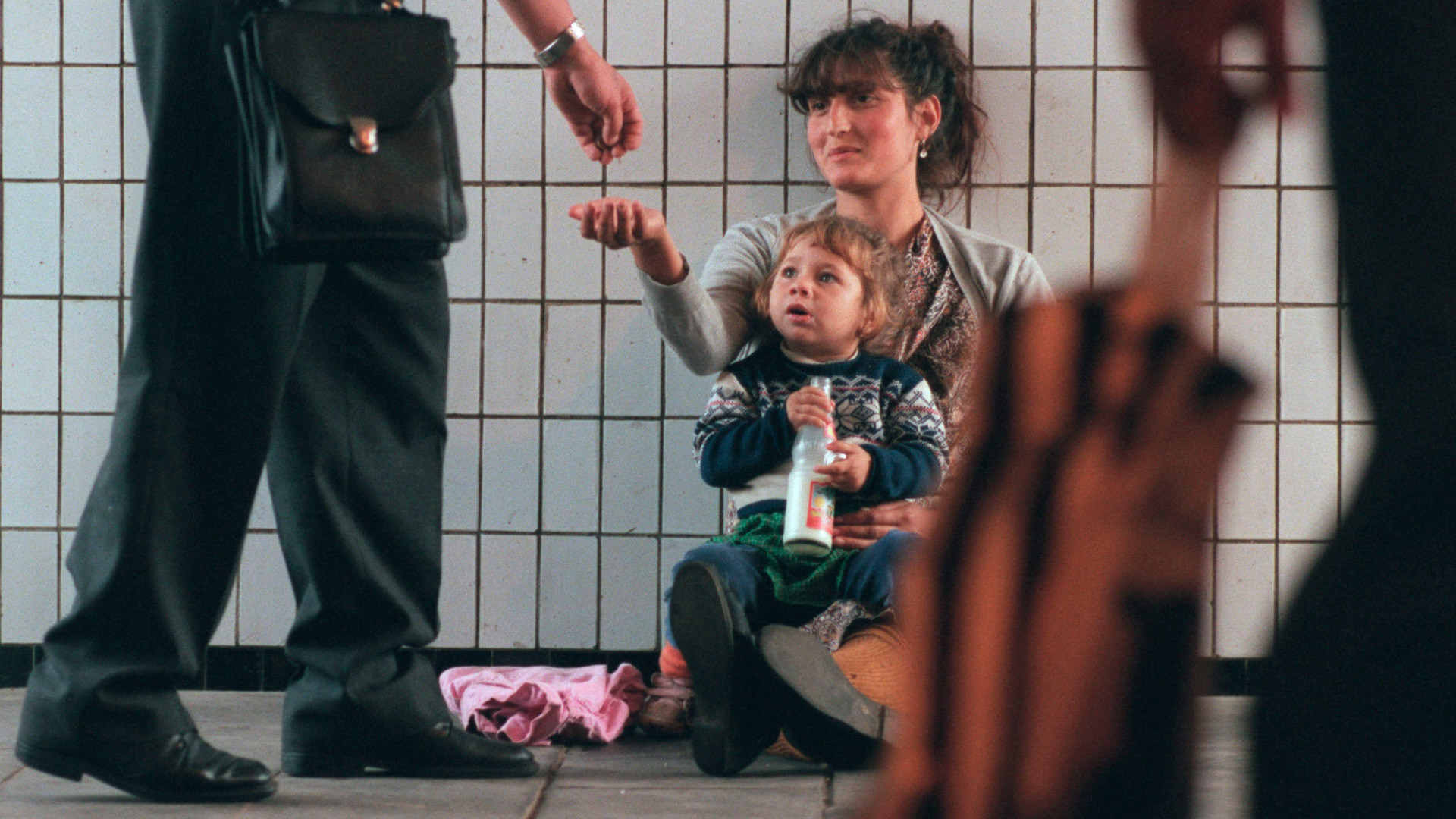 “Have you forgotten how people used to take the most valuable things from their house (to sell them)? I know a woman that cut her hair and sold it to buy milk for her kids,” remembers Ivan, a businessman from Rostov. “And when some say that it was a time of freedom - I guess it was, but it was a bad kind of freedom, wild and bloody. I wouldn’t want to go back to it.”

And many Russians would agree with that opinion. In 2016, 56 percent of them said the time of Boris Yeltsin, the first president of the newly-established Russian Federation, had brought more bad than good to the country.