What is Russian hospitality? 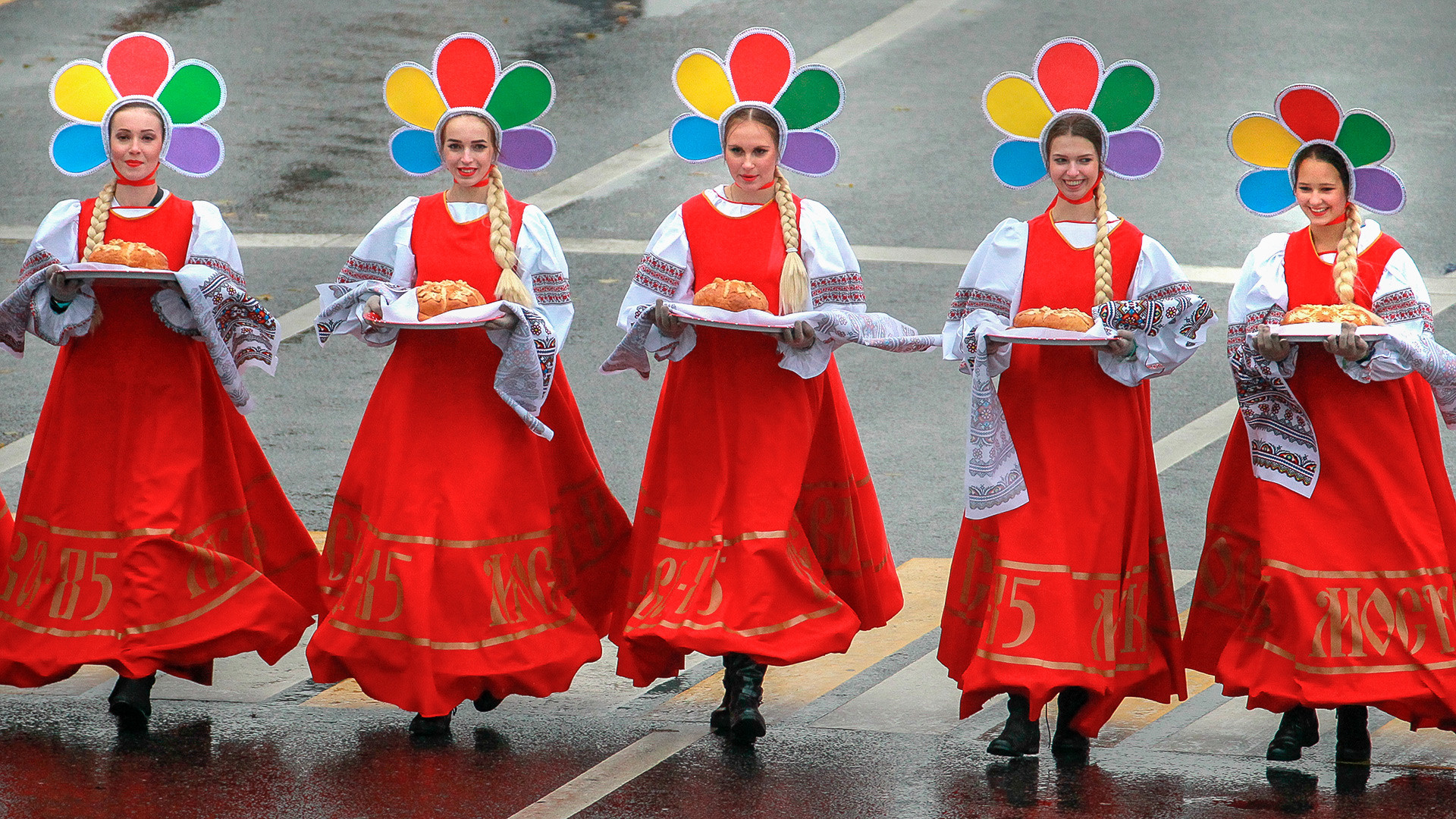 Vitaly Timkiv/Sputnik
Here’s why Russians will offer you food, drink and a bed, but not a smile.

You have probably heard the phrase "to party like a Russian." This is when someone puts on a sumptuous feast for their guests and is even prepared to spend their last kopek to do so. This famous Russian hospitality runs so deep that it is even in fairytales, like when Baba Yaga still provides a warm welcome to the fine youth she plans to eat later.

Food, drink and a bed for a night 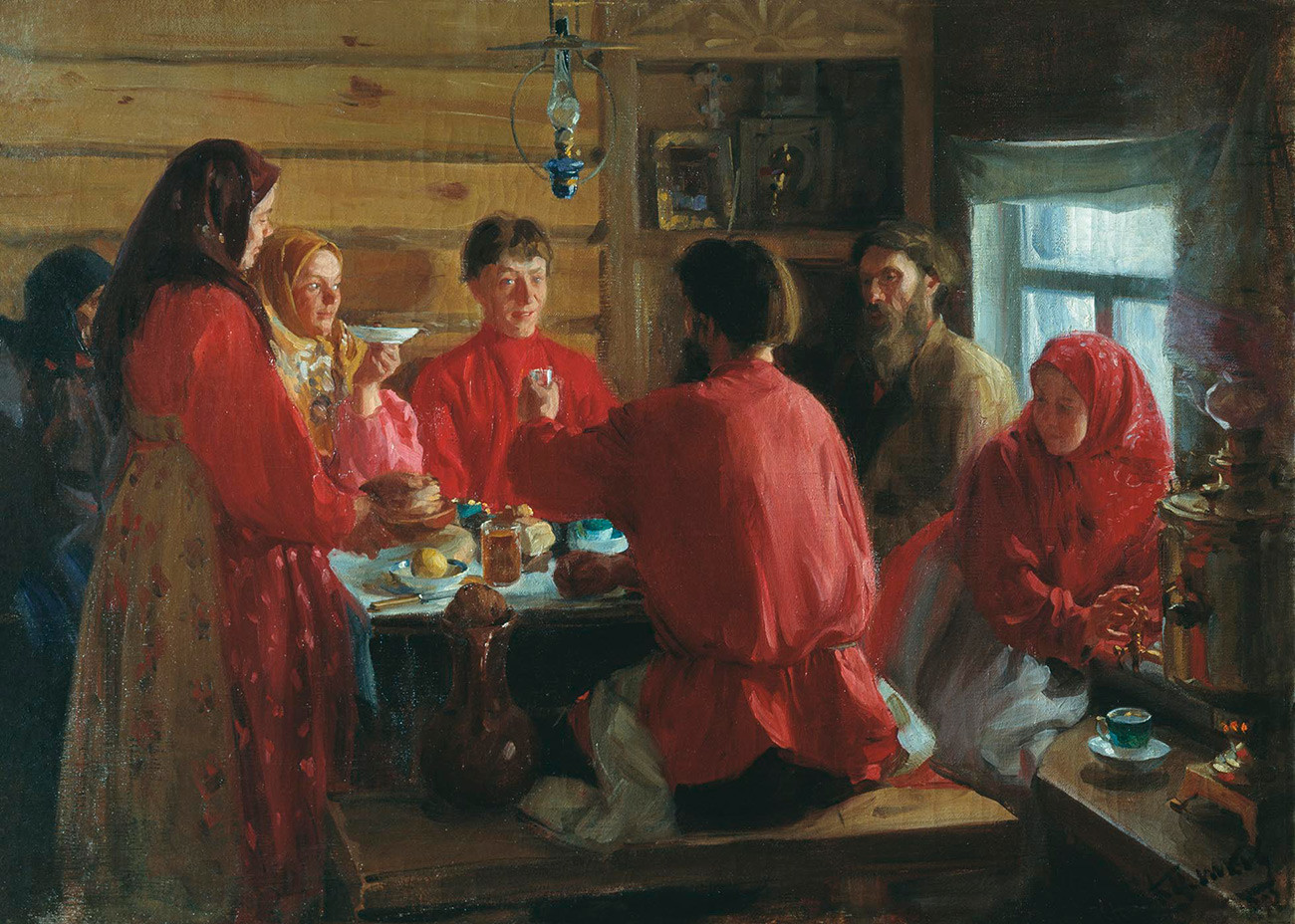 The unique Russian attitude towards guests is likely associated with the enormous size of the country. Even now, in our highly-connected world, if you drive just 100 km from Moscow you can find yourself lost in vast open spaces far from the nearest building or gas station. And in the past, travelling around Russia was a downright extreme undertaking. Even the journey from St. Petersburg to Moscow took five days on horse-drawn vehicles.

And that is on a relatively easy and heavily trafficked route, so you can imagine what it was like in more remote and deserted areas like Siberia and the Far East. Because of the enormous distances, it also took news a long time to arrive to some of these places, and residents often only learned about what was going on in the wider world when someone visited.

This is one of the reasons why over many years Russians developed a tradition of opening their doors and laying out the table for guests, including strangers. There is even an old saying that a guest should be "offered food, drink and a bed for a night" before being asked any questions.

In Old Russian, the word for "guest" ("gost’") means a "stranger or visiting merchant." But in Western European languages the related words "gast" and "guest" meant "alien or enemy." Although nowadays the words are synonyms from a linguistic point of view, their original meanings are deeply entrenched on the national psyche. 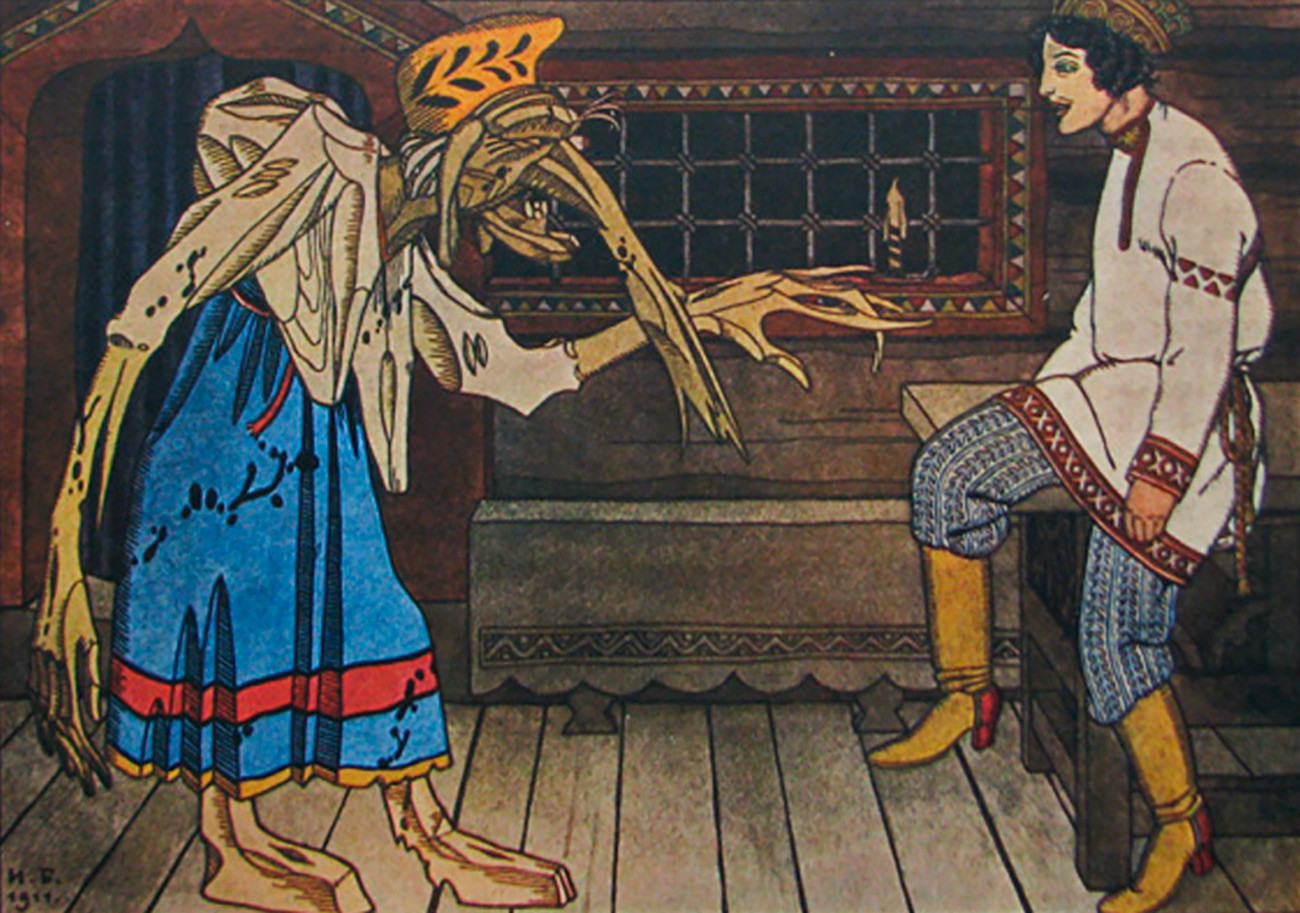 Illustration for a children's fairy tale.

In Russian fairytales, it is a common story that some bogatyr (an old Russian knight) visits Baba Yaga (a kind of cannibalistic old hag who lives in the forest) and, instead of eating him, she invites him to have some tea and sweet buns. Now you know why.

No effort spared for a guest 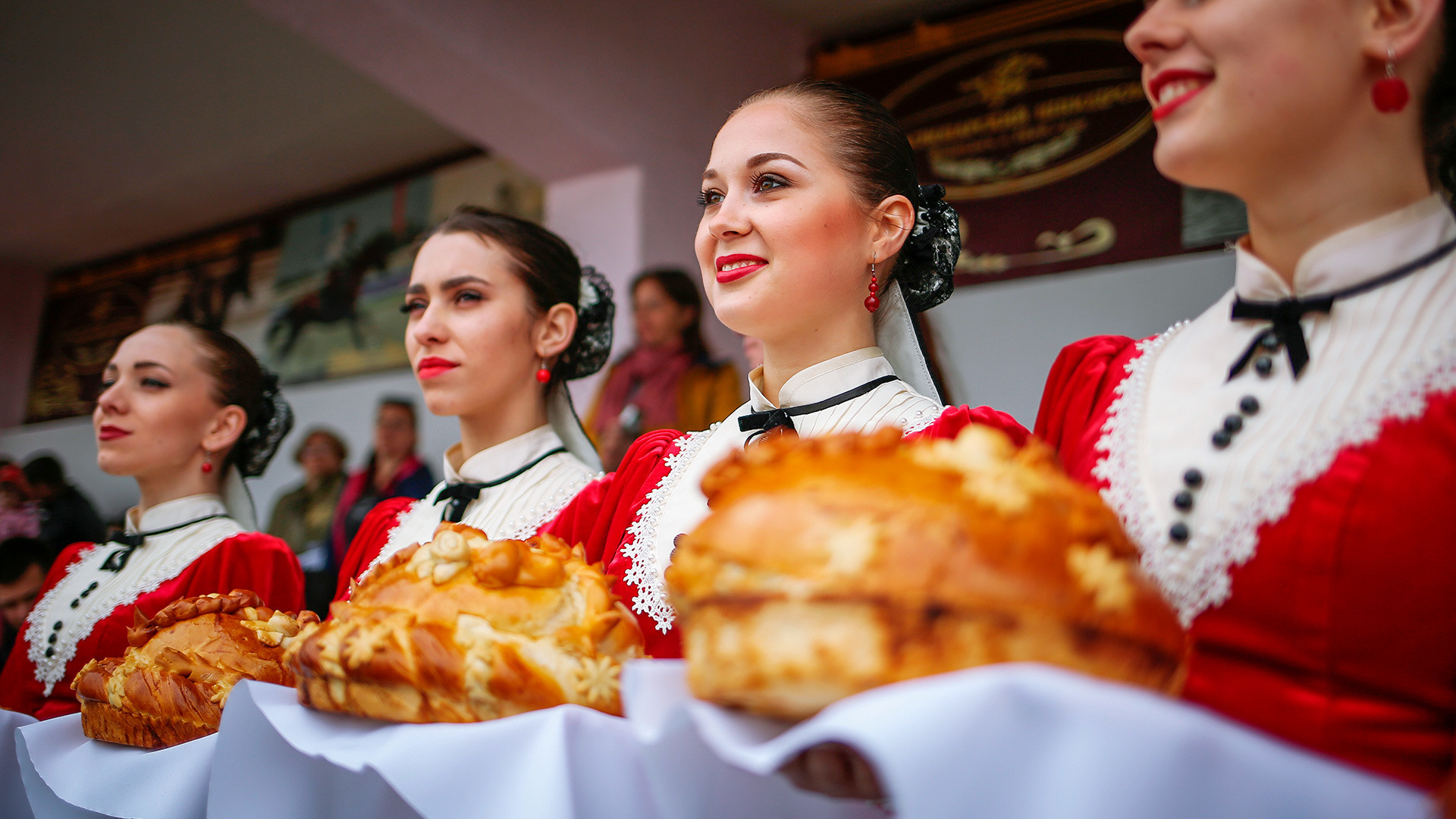 In the past, hosts would invariably come outside to greet their guest. They would bow from the waist to them, and the guest was expected to bow in return. Hosts would welcome a guest with bread and salt. The bread symbolized health, and salt was rare and showed prosperity.

Guests, in turn, brought presents. Offerings from overseas, such as beautiful fabrics, scarves or jewelry were particularly highly regarded. The host would then put all the best food in the house on the table for the guest. They would bake loaves of bread and pies, put fish and meat (which was eaten far from every day in the past) in the oven and prepare sweet desserts.

And don’t think all this applied only to the homes of wealthy families. Even poor peasants would offer the best they had to their guests and would sometimes even borrow food from their neighbors to feed a complete stranger since, apart from bringing news from afar, the guest would then continue on their journey and tell others about how their hosts lived. Everyone wanted to make a favorable impression on their guest.

Who is an "uninvited guest?" 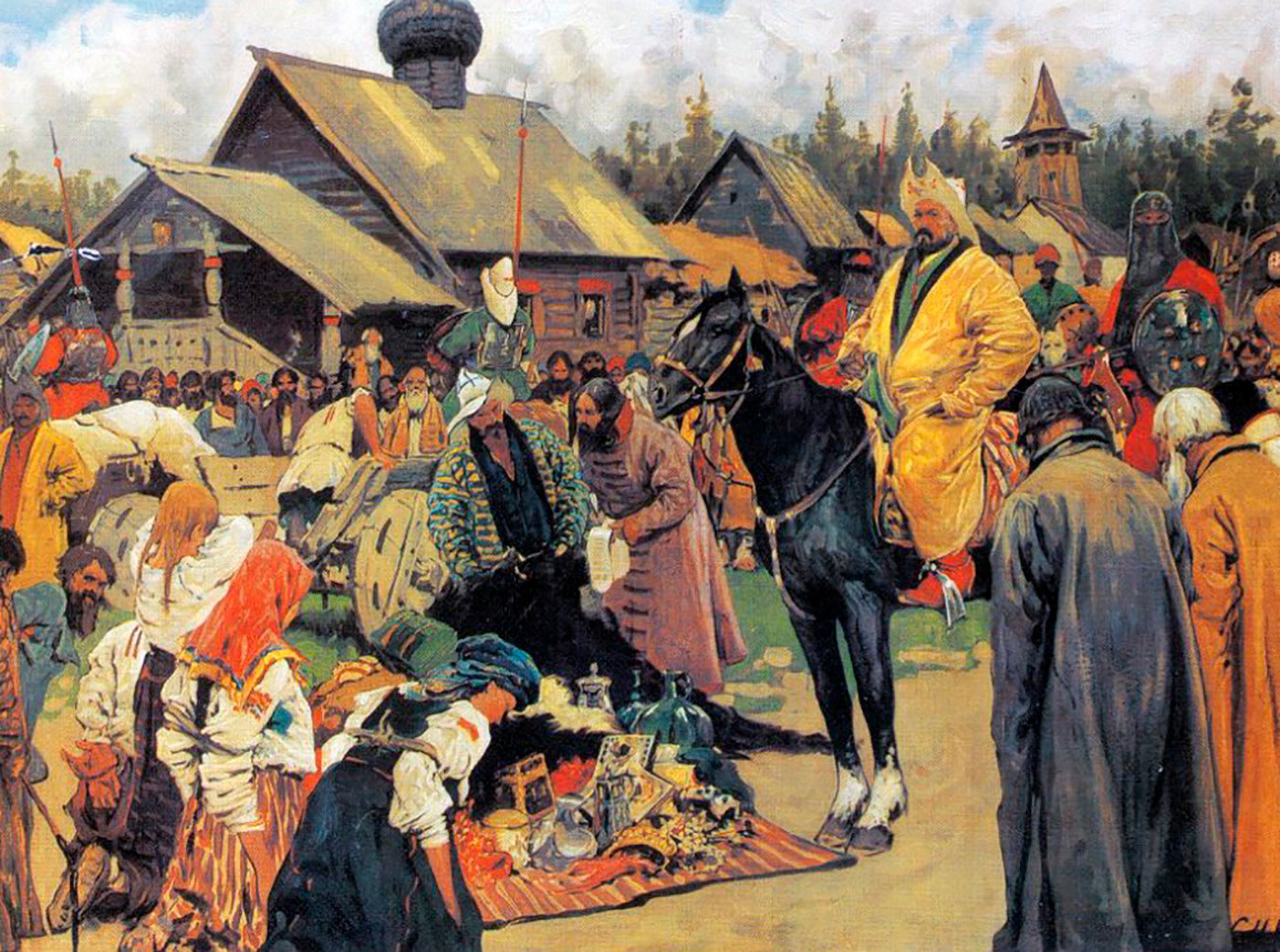 So if Russians are so warm-hearted and hospitable, why is it that they are often so stony-faced and reserved in their manner? It’s true that this is a bit of a contradiction, but the answer, as usual, lies in Russian history.

In the 13th century, Russia was subjected to constant raids by nomadic invaders and subsequently lived for over 200 years under the Tatar-Mongol Yoke. This gave rise to the expression "An uninvited guest is worse than a Tatar." During this period, these strangers would not only come with empty hands but at times would just plunder the entire town.

While tradition dictated that Russians should lay out the table for their guests and greet them with bread and salt, these brutal conditions brought a fundamental transformation to this generous attitude. As a result, Russians became somewhat suspicious about visitors at first: Who is this person, where do they come from, and what do they want? To some extent, this duality in behavior has become something of a national trait, and Russians usually do not smile at strangers until they figure out what their intentions are. And yet, at the same time, they will feed their guests and put them up for the night without fail.