The true story behind this iconic Hollywood star's Soviet bow 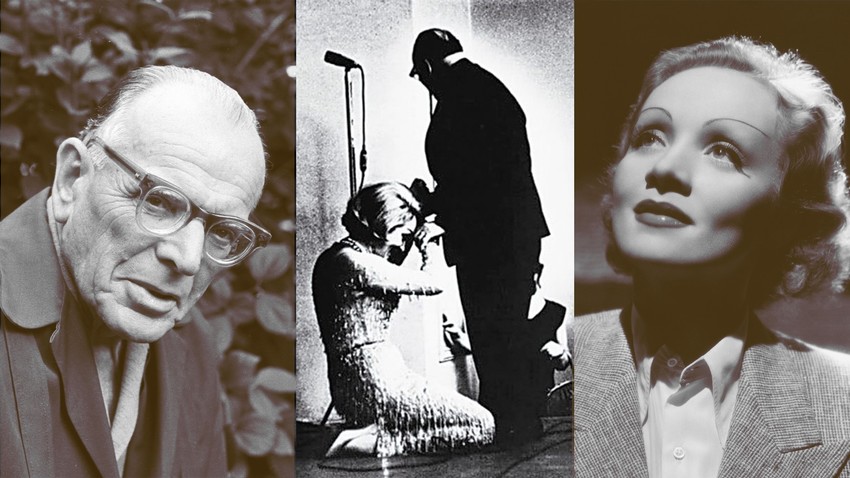 Galina Kmit/Sputnik, Getty Images, Archive photo
“He is the best Russian writer I know. I regret that I didn’t meet him earlier,” the great actress wrote in her memoirs.

On June 13, 1964, the audience at the Central House of Writers in Moscow watched in amazement as a remarkable scene unfolded on stage. Acclaimed singer and actress Marlene Dietrich knelt at the feet of an elderly, rather embarrassed-looking man, her whole demeanor expressing deep respect. Who was the man whom the global star so readily bowed down to?

All because of one short story 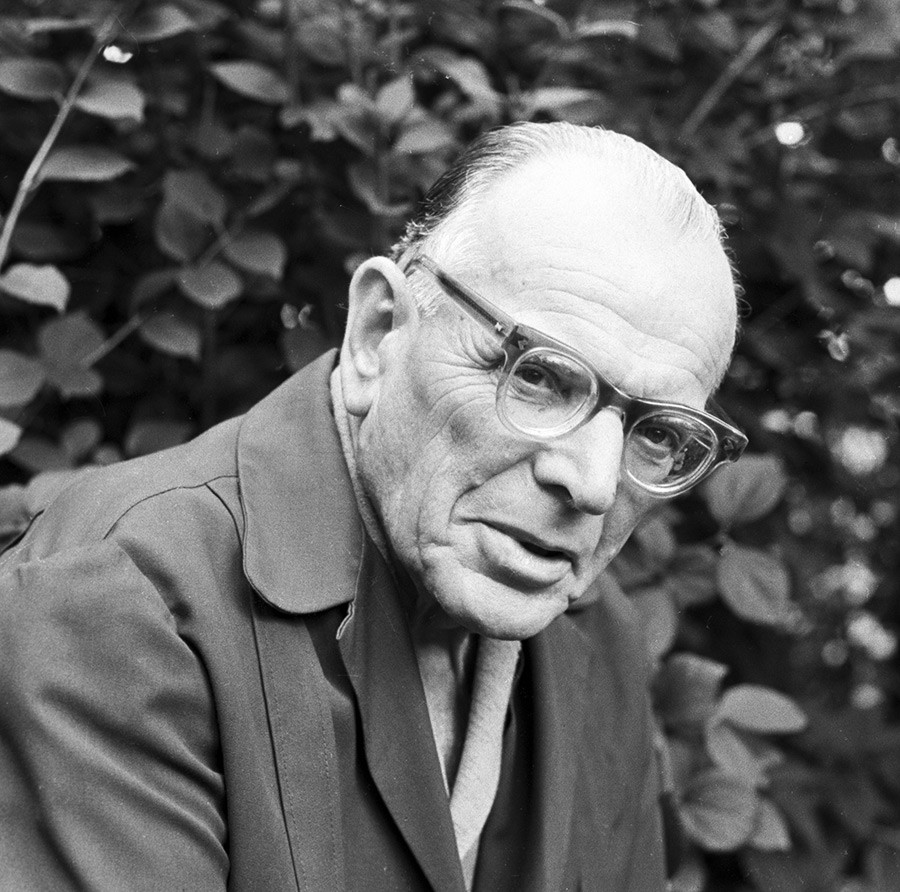 He was Soviet author Konstantin Paustovsky. Nominated for the Nobel prize for literature four times, he was known to every schoolkid in the Soviet Union - his short stories were part of the compulsory school curriculum. Paustovsky was read abroad, too. You can’t say that he was as popular as Tolstoy or Dostoevsky, but his books were sold in bookstores in Europe and the U.S. and Marlene Dietrich happened across one of them. It was The Telegram, a story about a daughter who moves to the big city and forgets all about her loving mother who stays behind in a remote village. The daughter doesn’t even have time to say goodbye when the mother dies. “This novel made so great an impression on me that I could no more forget it than I could the name of the author, of whom I had never heard before,” the singer wrote in her reminiscences Marlene (called Reflections in the Russian edition, in which she devoted a whole chapter to Paustovsky). 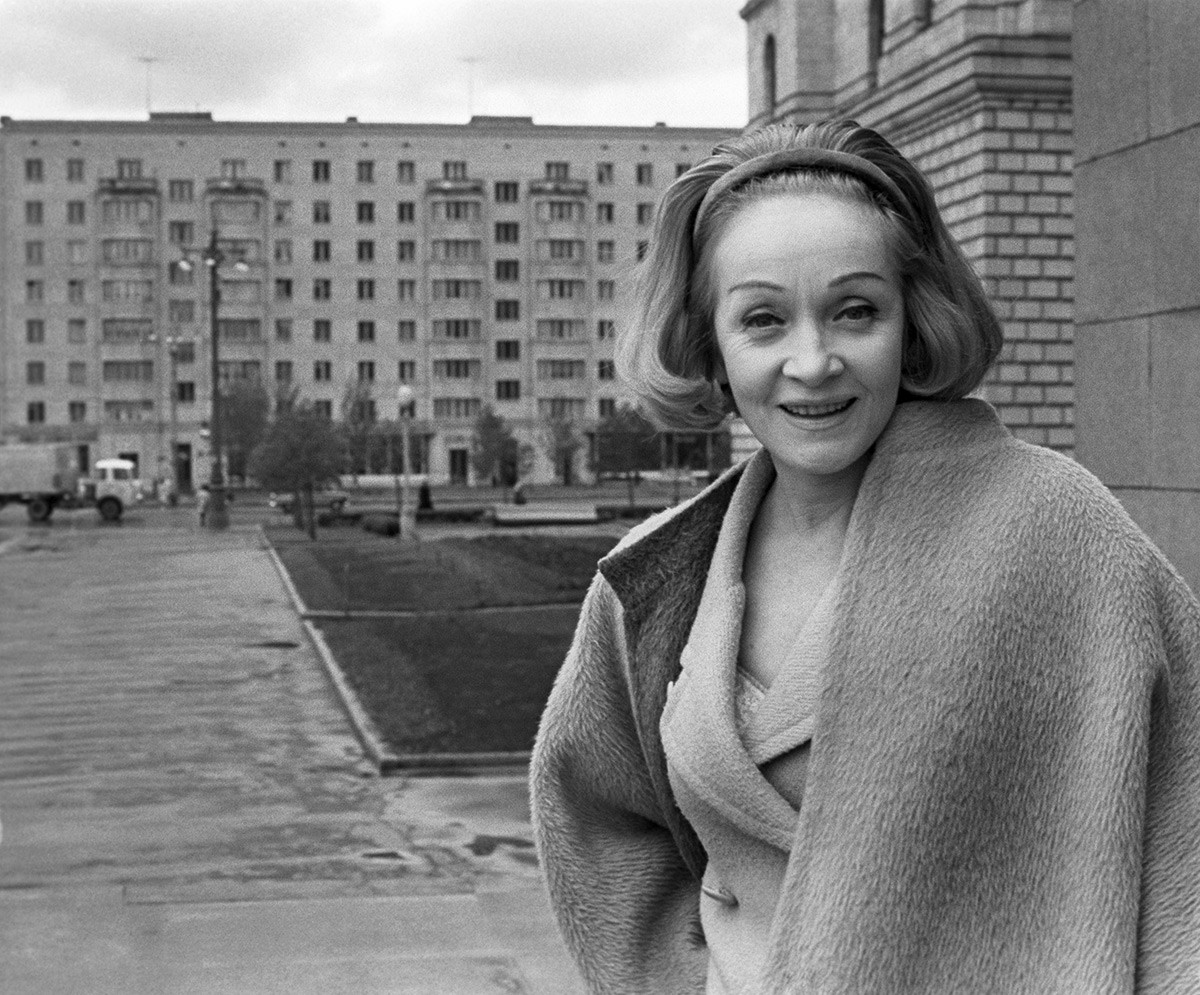 In 1964, Dietrich had arrived in the Soviet Union on a concert tour. As soon as she got off the plane she asked about Paustovsky, whom she had dreamed of meeting. It turned out that the 72-year-old author, who suffered from asthma and had survived several heart attacks, was in hospital. Still, their historic encounter did take place. Before her concert of songs at the Central House of Writers, her interpreter told the singer that Paustovsky was in the audience. “It’s impossible,” Marlene exclaimed, unable to believe it. But it turned out that the author and his wife had specially come to her concert. 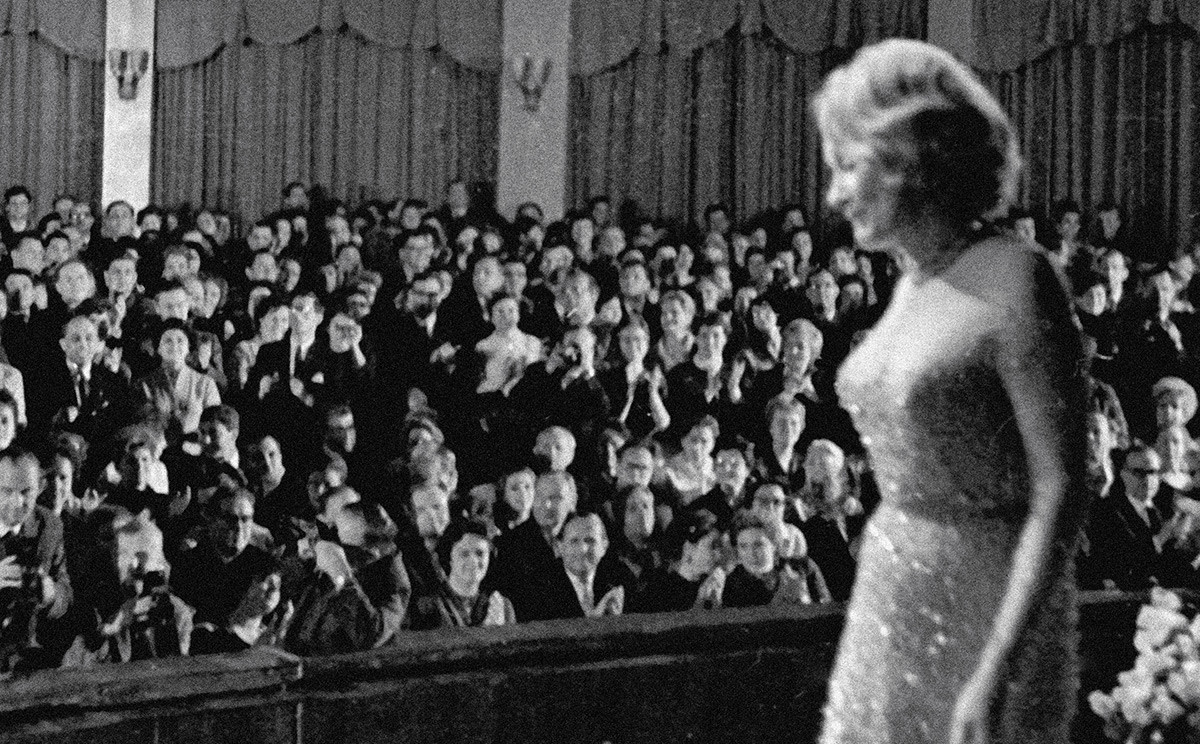 After the performance, the singer was asked not to leave the stage. Paustovsky went up to her from the audience. “I was so shocked by his presence that, being unable to utter a word in Russian, I did not find any other way to express my admiration for him, except to kneel in front of him,” Dietrich recalled. It was not that easy for her. Marlene herself was 63 years old. 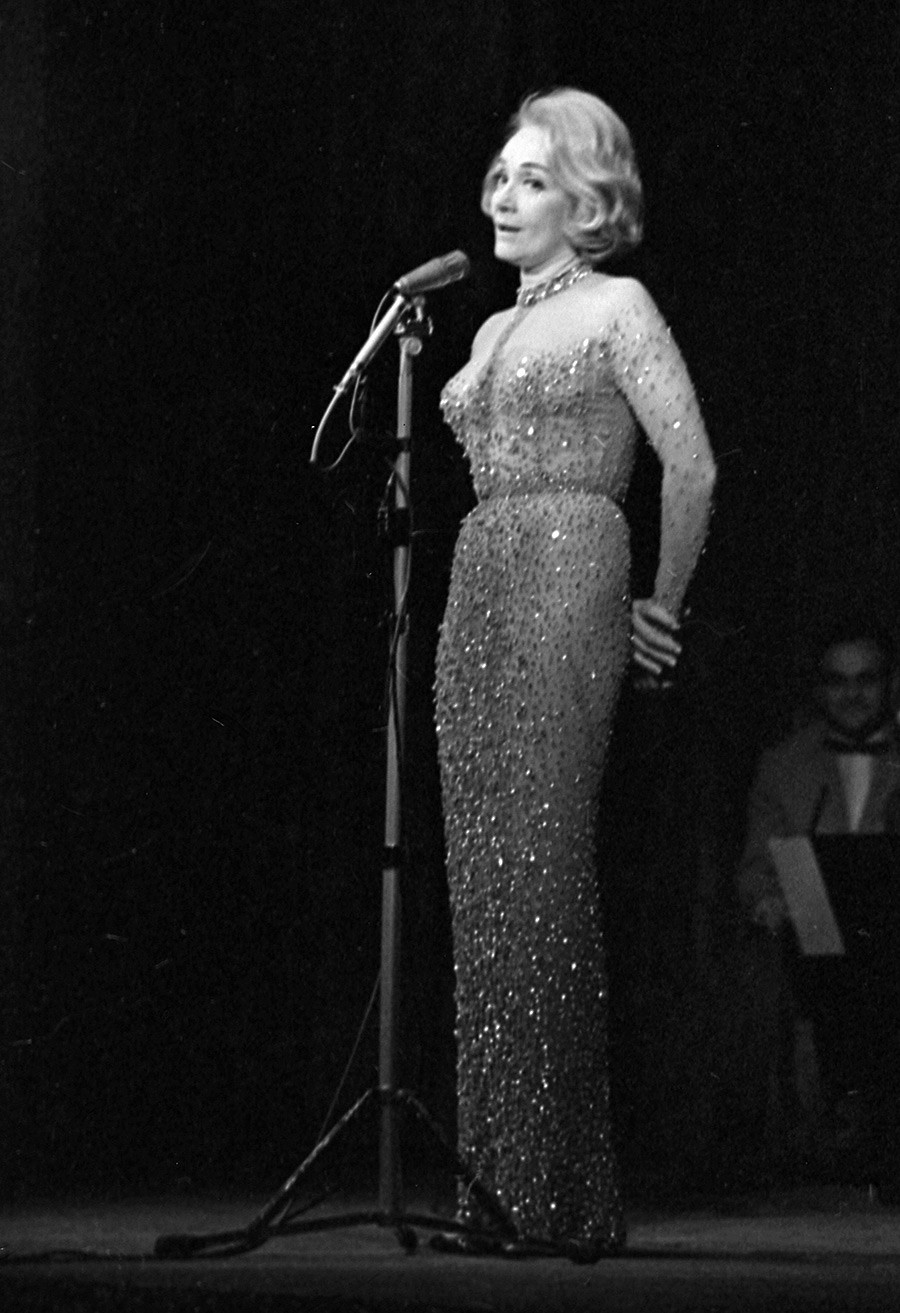 She went down on her knees in her tight dress and couldn’t get up. A doctor ran up to the stage and shouted to Paustovsky, who was going to assist her: “Don’t even think of lifting her up!” When she was finally helped up, the writer kissed the actress’s hand and the awkwardness disappeared, the author’s stepdaughter Galina Arbuzova recalls. 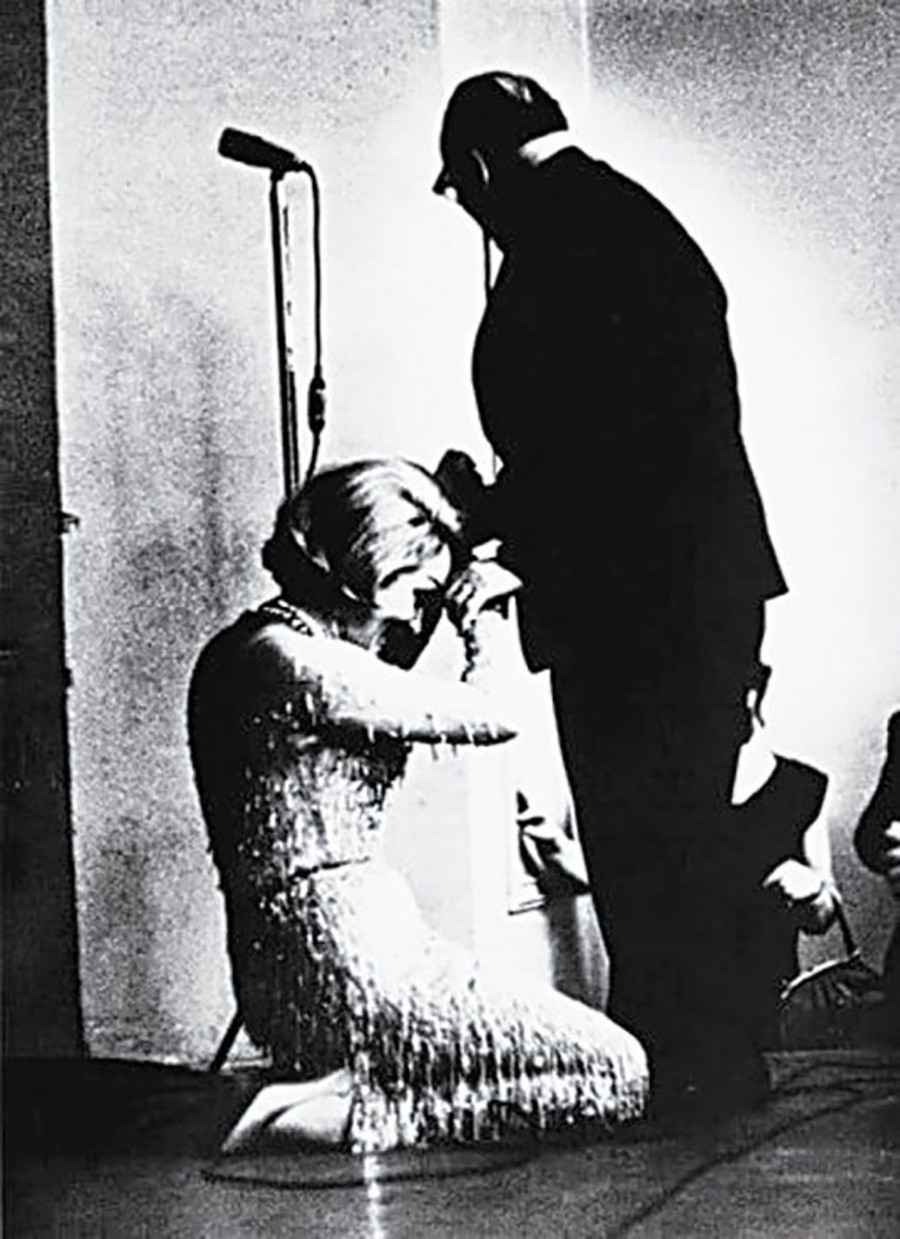 On that occasion, they spent several hours talking and, after Dietrich’s departure, she stayed in touch with the Soviet author and enjoyed reading his Story Of a Life. “He is the best Russian writer I know. I regret that I didn’t meet him earlier.” Paustovsky died four years after the memorable encounter.