How the Russian Spetsnaz was born 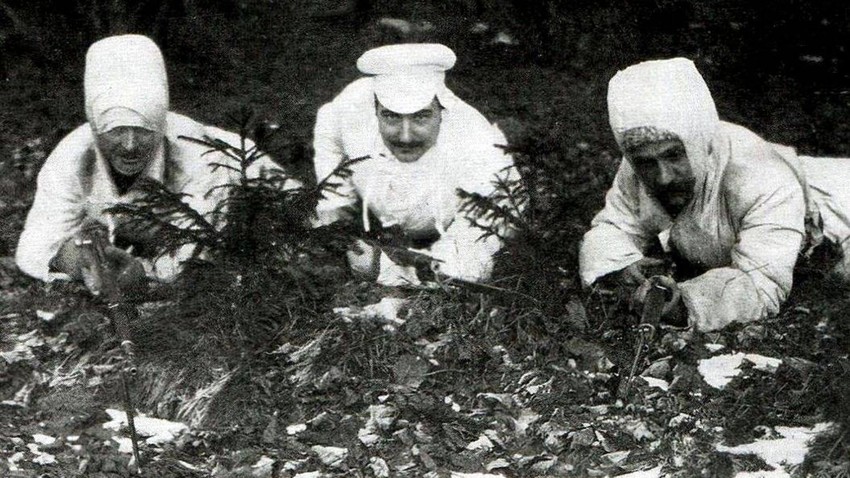 Archive photo
These "commandos" were some of the most combat-ready units of the Russian army in World War I. Under a skull-and-bones banner, they sowed panic and horror among the German troops in the Baltic region.

The word Spetsnaz does not require translation: it has entered into many languages to denote the highly effective special forces of modern Russia.

It is commonly believed that Spetsnaz was established in the USSR. In fact, its origin story is a bit older.

In October 1915, a poruchik (lieutenant) with the 8th Finland Regiment, Leonid Punin, came up with the idea to set up a sabotage and reconnaissance unit capable of "disrupting the proper functioning of the rear services of the German armies and bring them into disarray". The commanding officers liked the idea of an elusive unit wreaking havoc and horror behind enemy lines, so they sanctioned it. 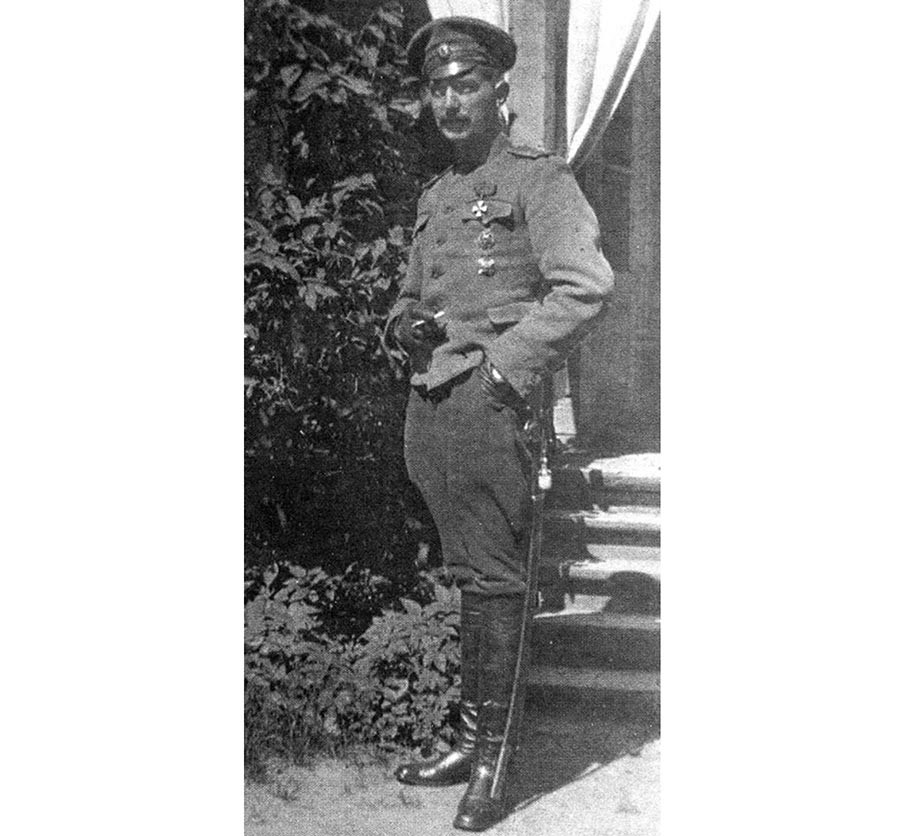 Of course, such units existed before. Take, for example, the guerilla detachment led by Denis Davydov that fought in the War of 1812. However, Punin’s soldiers were the first in Russian history to be officially referred to as “a special-purpose detachment.”

Much has changed, however, since the Napoleonic Wars, and to carry out a brave raid behind enemy lines when faced with a wide front and rows of barbed wire was not easy at all. Punin's “commandos” had to learn the art of stealthily penetrating enemy positions and how to deliver targeted blows against the enemy.

Best of the best

Punin’s detachment, which operated on the territory of present-day Latvia, was officially called the Special-Purpose Unit of the Northern Front Headquarters and consisted of more than 300 people. Many were Cossacks. That was why commander Punin was awarded the title of an ataman, although he himself was not a Cossack. According to Olga Khoroshilova, who researched the detachment's history, the decision was meant to help him gain respect among his subordinates. The plan worked: Punin's soldiers did not call him anything other than ataman. 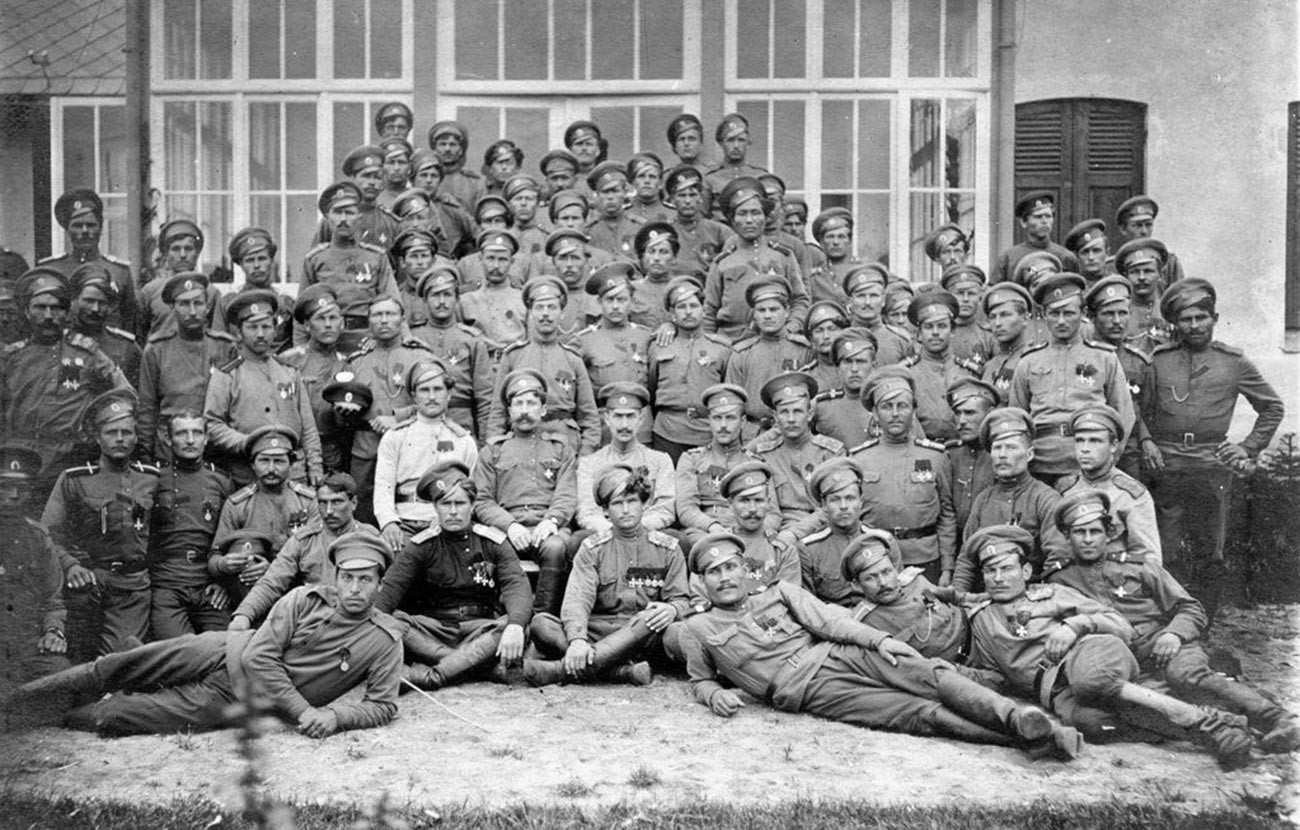 The multiethnic detachment had Russians, Ukrainians, Buryats and Latvians in its ranks. The main selection criteria were good physical form and combat experience. In addition, some of the soldiers spoke Polish, Lithuanian, Latvian and German, which was vital for their operations on areas occupied by the Germans.

The unit was armed with knives and German rifles, since the only way for it to replenish ammunition while on a mission was to take it from captured enemy convoys and warehouses. The detachment did not have its own supply convoys since they had to travel light. They also selected the strongest and sturdiest horses.

The detachment's banner was a large piece of black silk. On the one side, it had a skull and bones, and an inscription that read: "Riders, bring death to Germany"; and on the other, an image of Saint George the Victorious killing a serpent with a spear. 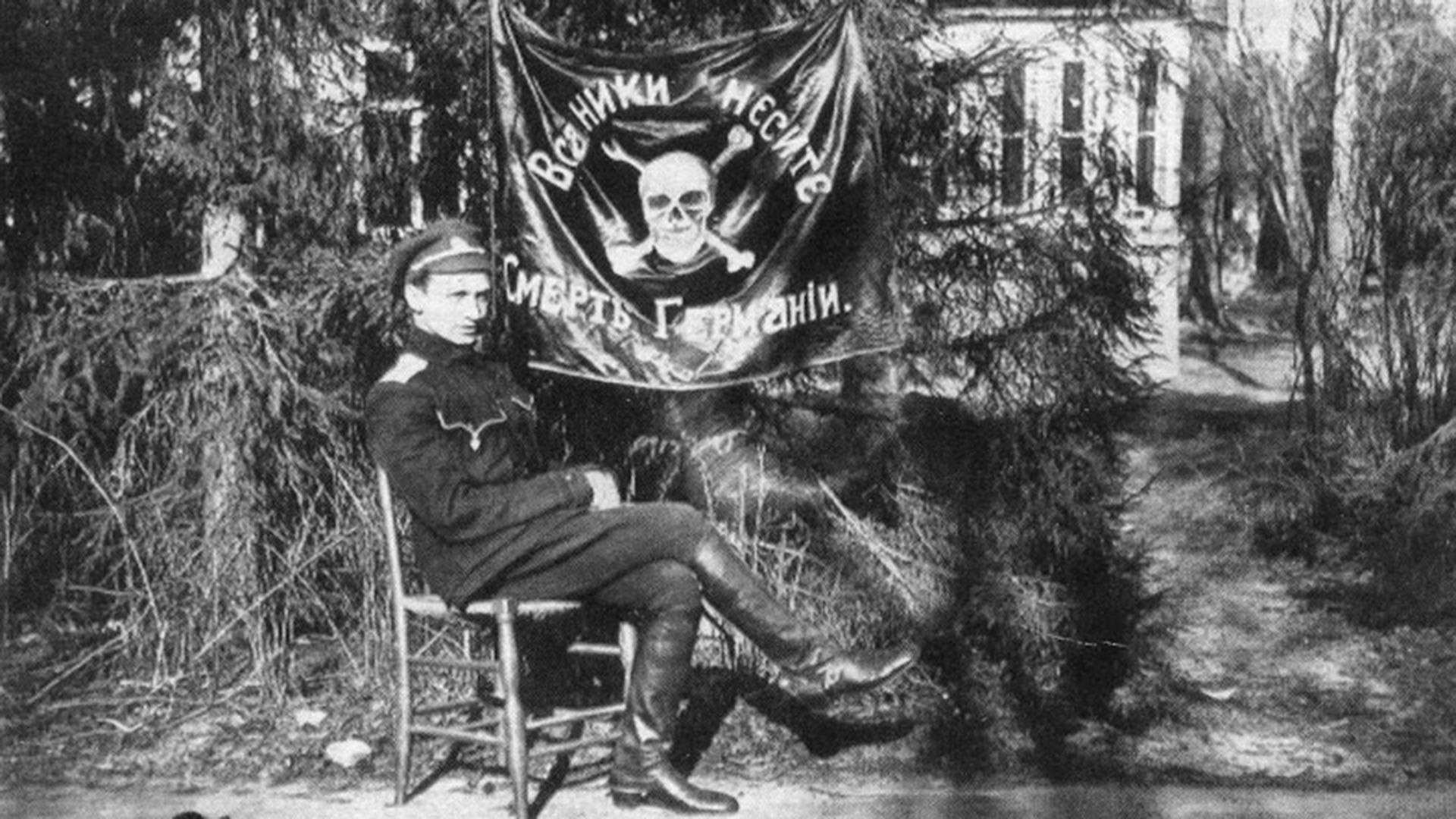 Punin’s soldiers slipped behind enemy lines, attacked the enemy, and captured prisoners who could provide valuable information. Their task was to find out the enemy's exact location and plans, as well as to obtain important secret documents, to create constant fear and worry for the Germans, forcing them to pull troops from the frontline to the rear.

They also collaborated with the local population: distributed propaganda leaflets and recruited Latvians, creating an intelligence network in the German rear.

If necessary, the detachment could be split into ten small groups, up to 25 people, with each performing its own mission spread over enemy territory. The detachment had seven demolitionists, whose task was to destroy enemy communication lines.

In addition to carrying out sabotage operations, Punin’s unit performed very well in major battles, such as the defense of Riga and the bloody Christmas Battles. 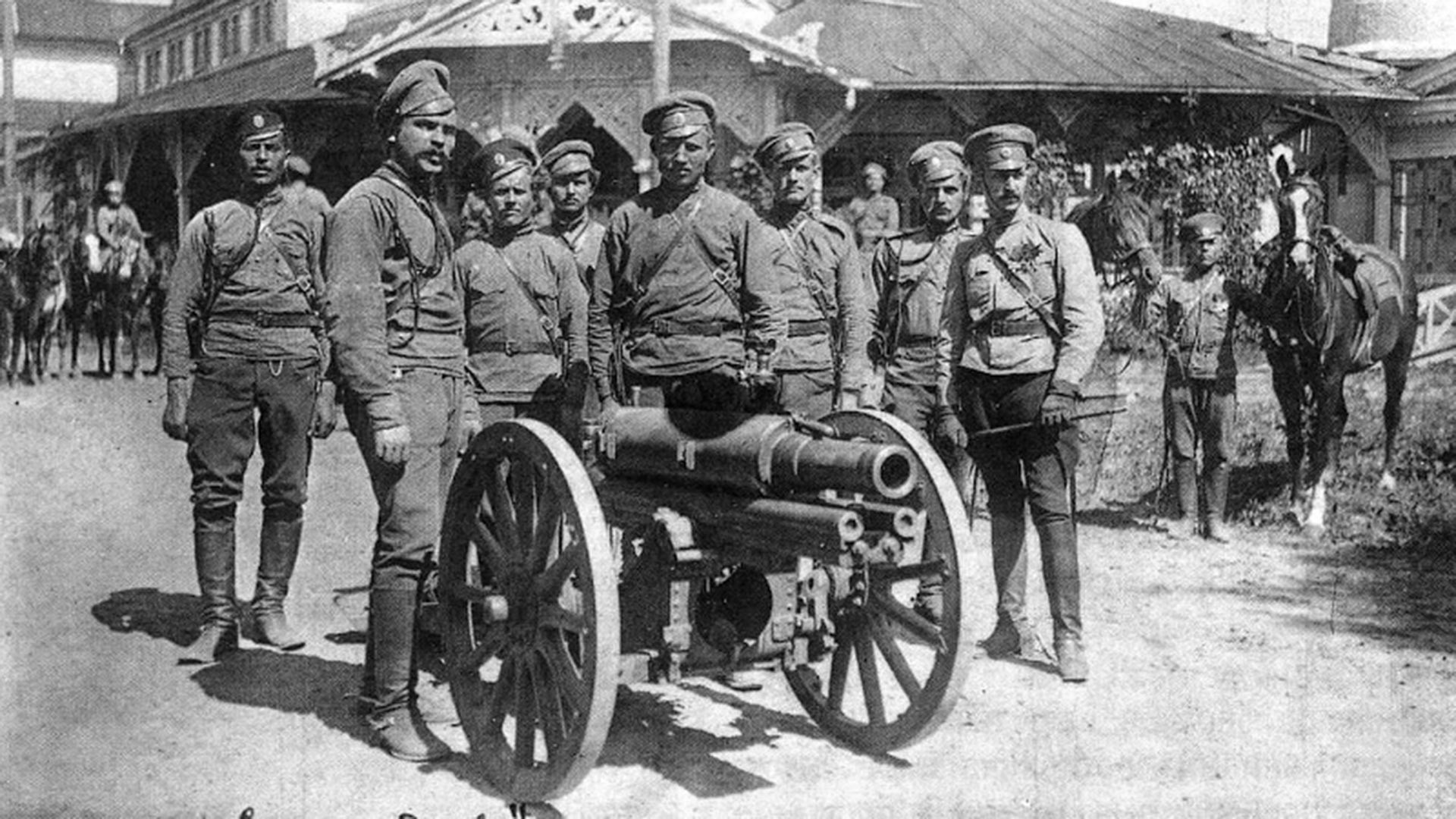 Poruchik Punin was killed on September 1, 1916 near a small town west of Riga. In his memory, his detachment became officially called the Ataman Punin Special-Purpose Unit.

The February Revolution in 1917 and the rapid collapse of the Russian army that followed did not particularly affect the “forefathers” of the Russian Spetsnaz. A visit by its representatives to the new Russian government in Petrograd was a success and guaranteed that the Punin unit would carry on.

Along with the Latvian Riflemen, with whom they often carried out joint operations, the Punin Unit remained perhaps the only combat-ready military unit in the Baltic region. They even tried to restore military discipline in regular units that had fallen victim to revolutionary propaganda.

Internal divisions began in the detachment in September 1917, and the Bolshevik Revolution pitted opposing factions against each other. 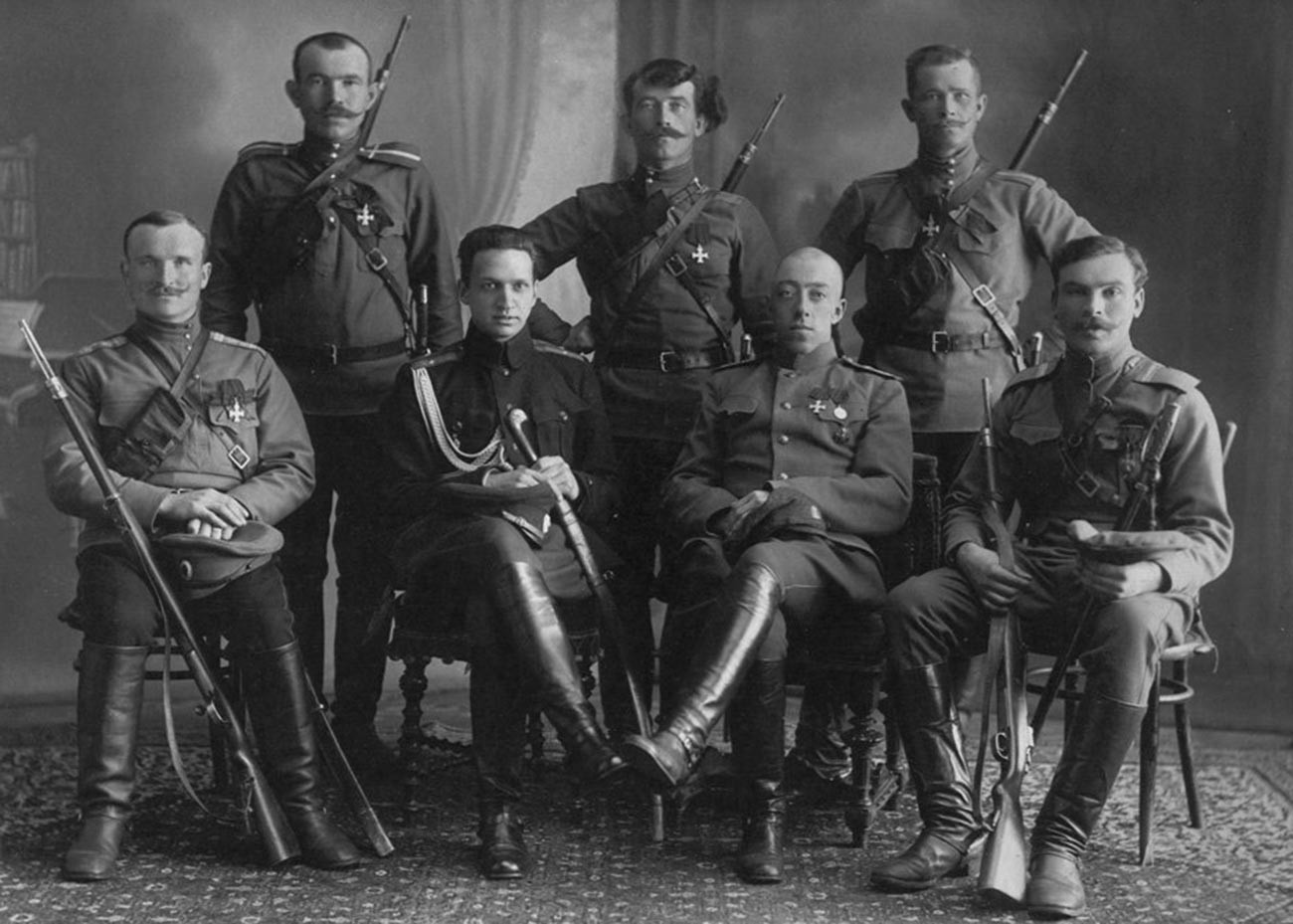 Some officers and soldiers joined the anti-Bolshevik White movement, while most of the detachment sided with the Bolsheviks. Until its disbandment in February 1918, it was the first Spetsnaz unit in the Workers' and Peasants' Red Army.