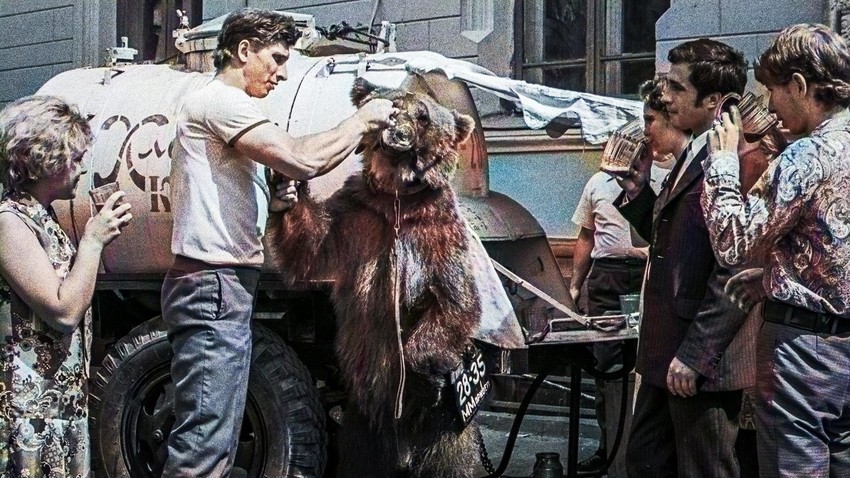 TASS
Champagne on tap, women without makeup, marches in the streets – these and other things surprised famous foreign visitors to the Russian capital.

In Soviet times, not many foreigners got to see the ‘real’ Moscow. People’s real life was carefully guarded from the eyes of foreign visitors, who were shown around the most presentable places, put into the best hotels, where ordinary Soviet people were not allowed, and, of course, closely and secretly watched all the time.

Some never managed to peer behind this carefully erected screen of socialist propaganda, while those who did could not forget what they saw. Here is what these famous people wrote after their visits to Soviet Moscow.

1. “Everything is sold right in the street, even when it is 25 below zero!” - Walter Benjamin 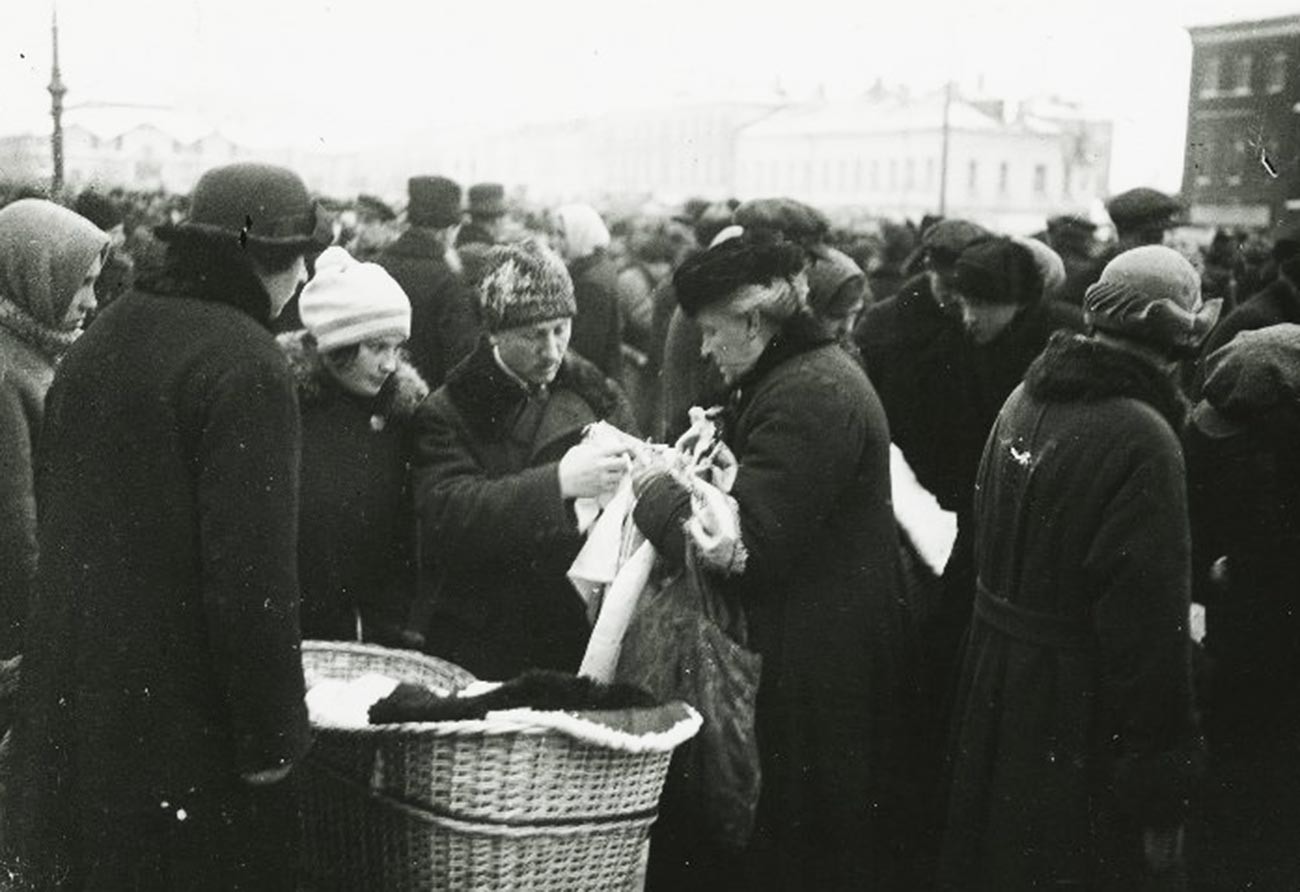 The German philosopher spent a couple of months in Moscow as a tourist, from December 1926 to January 1927. What astonished him the most was the street trading in winter. “Street corners, at least in neighborhoods frequented by foreigners, are lined with piles of rags, like beds in a huge open-air infirmary called Moscow,” he wrote in a series of essays called ‘The Moscow Diary’.

“Everything - shoe polish, illustrated books, stationery, pastries, even towels - are sold right on the street, as if it were not winter in Moscow, with temperatures of 25 degrees below zero, but a hot Neapolitan summer.”

2. “It is completely devoid of any taste.” - Pamela Travers

Pamela Travers, the creator of Mary Poppins, visited Moscow in the 1930s as part of an organized group of tourists and completely failed to understand one of the main symbols of the city. “Who is Basil Fool for Christ? A cathedral erected in his honor is towering above Red Square. I cannot call it an example of bad taste, in my opinion, it is completely devoid of any taste – it is one architectural nightmare piled on top of another.” 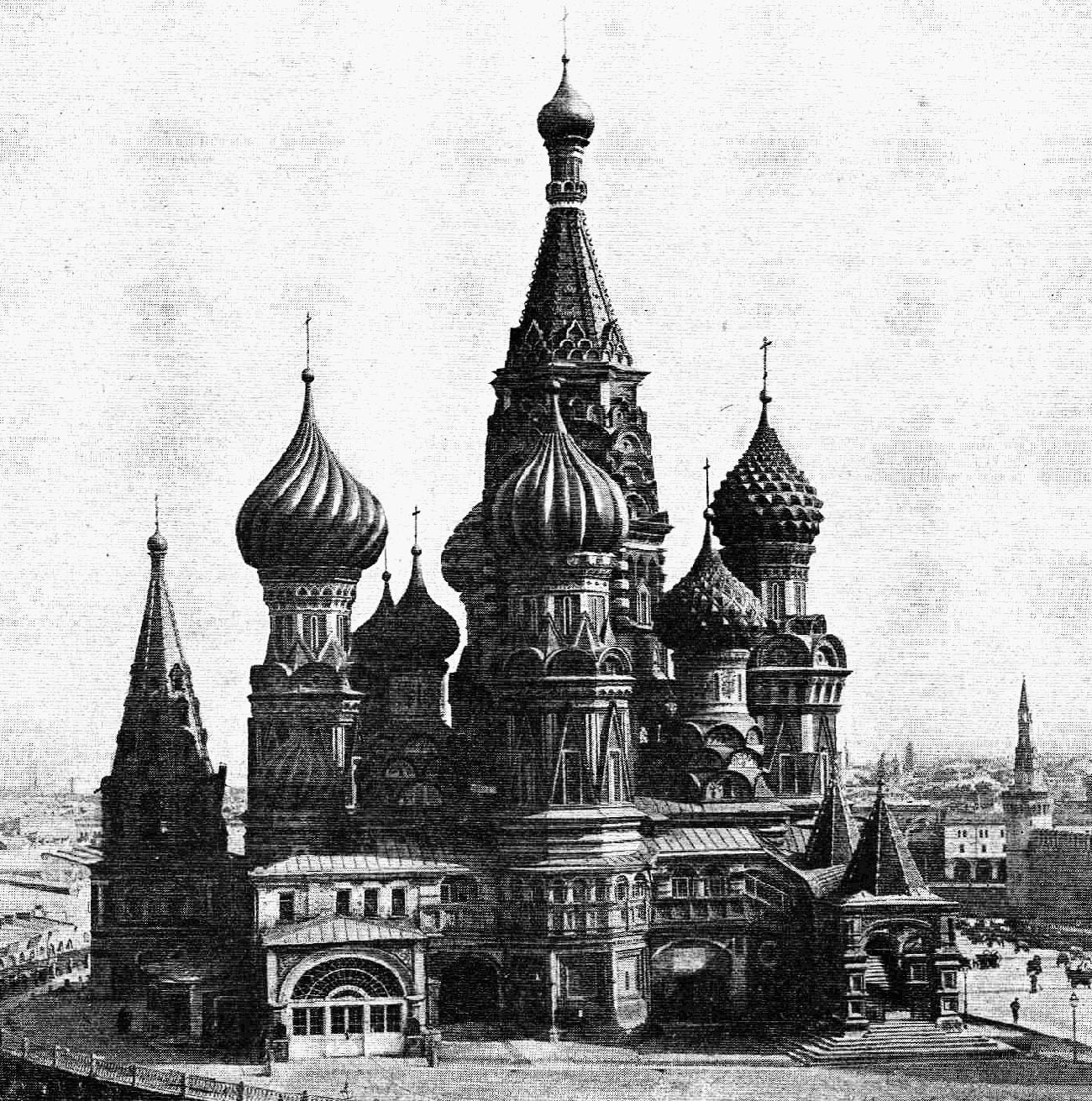 Travers wrote that the whole city looked like a gigantic movie set, with lines to grocery stores stretching along it, while “the faces of [Muscovites] are frozen in this absent expression, as if they were under anesthesia”. 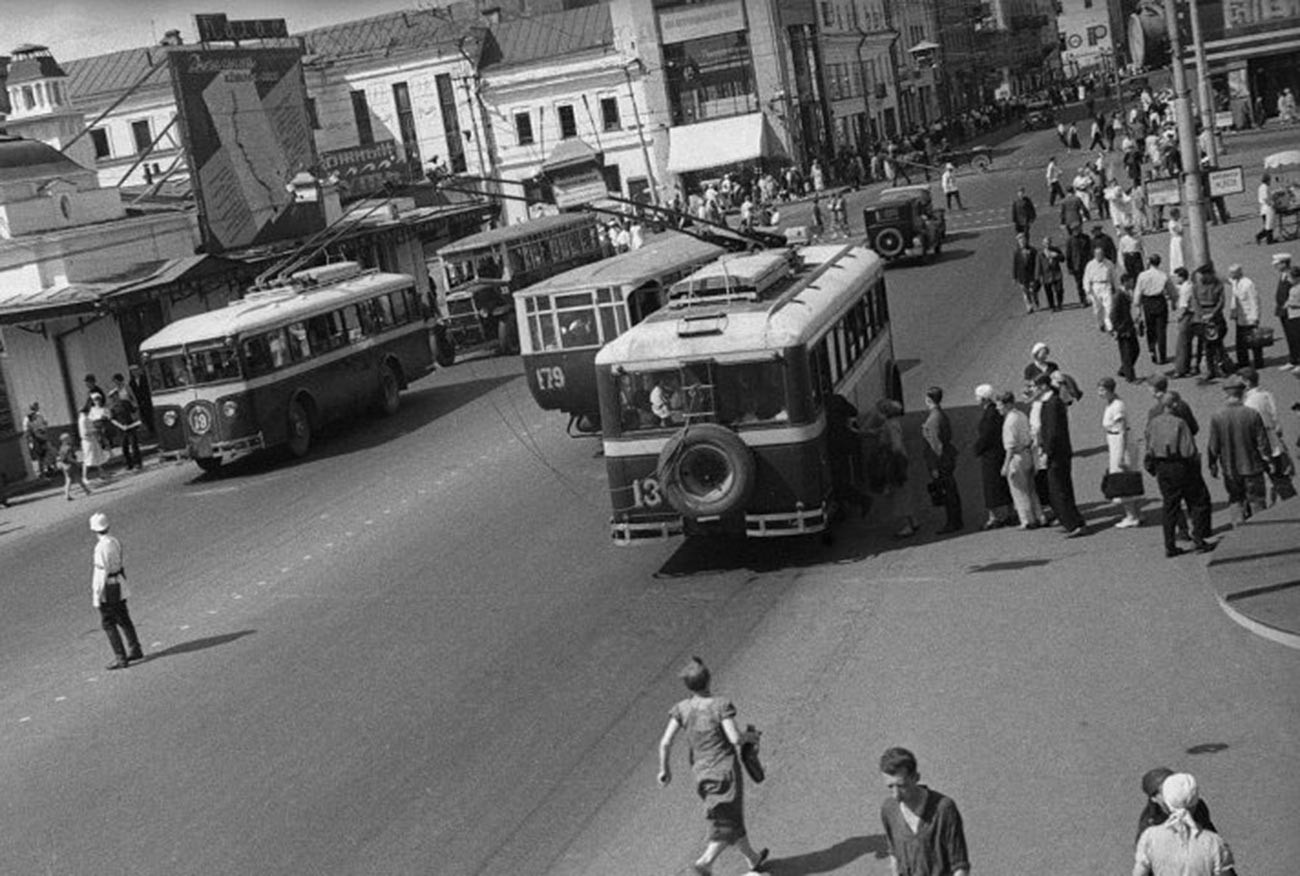 The father of jazz poetry came to Moscow in the early 1930s: he had been invited to shoot a movie. Hughes was delighted to receive the invitation, and his delight did not evaporate upon arrival. Unlike Pamela Travers, he saw Soviet people quite differently:

“Of all the big cities in the world,” he wrote in I ‘Wonder as I Wander’, “Muscovites seemed to me the politest of people to strangers.”

“Folks went out of their way there to show us courtesy. On a crowded bus, nine times out of ten, some Russian would say, ‘Negochanski tovarish – Negro comrade – take my seat!’”

4. “The women used very little or no makeup.” - John Steinbeck and Robert Capa 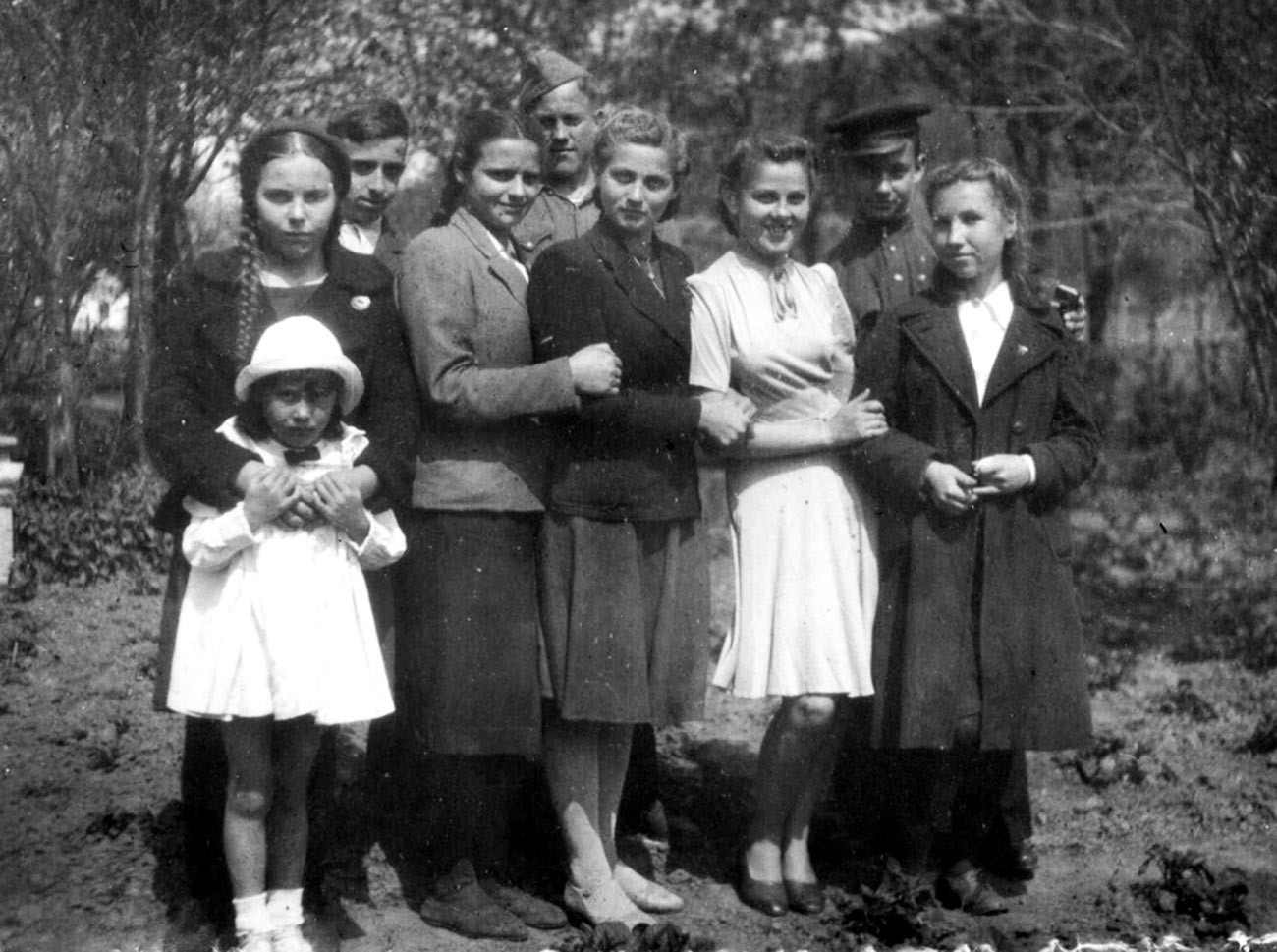 Nobel-winning American author John Steinbeck came to post-war Moscow in the company of Robert Capa, an acclaimed photojournalist. Their goal was to report on the life of Soviet people. In 1947, they wrote:

“The women used very little or no makeup, and the clothing was adequate, but not very pretty. Great numbers of the men in the streets were in uniform, but they were not in the Army. They were demobilized, and their uniforms were the only clothes they had. The uniforms were without insignia and without shoulder boards.”

5. “Russians are very good at a game we call the Russian gambit!” - John Steinbeck and Robert Capa 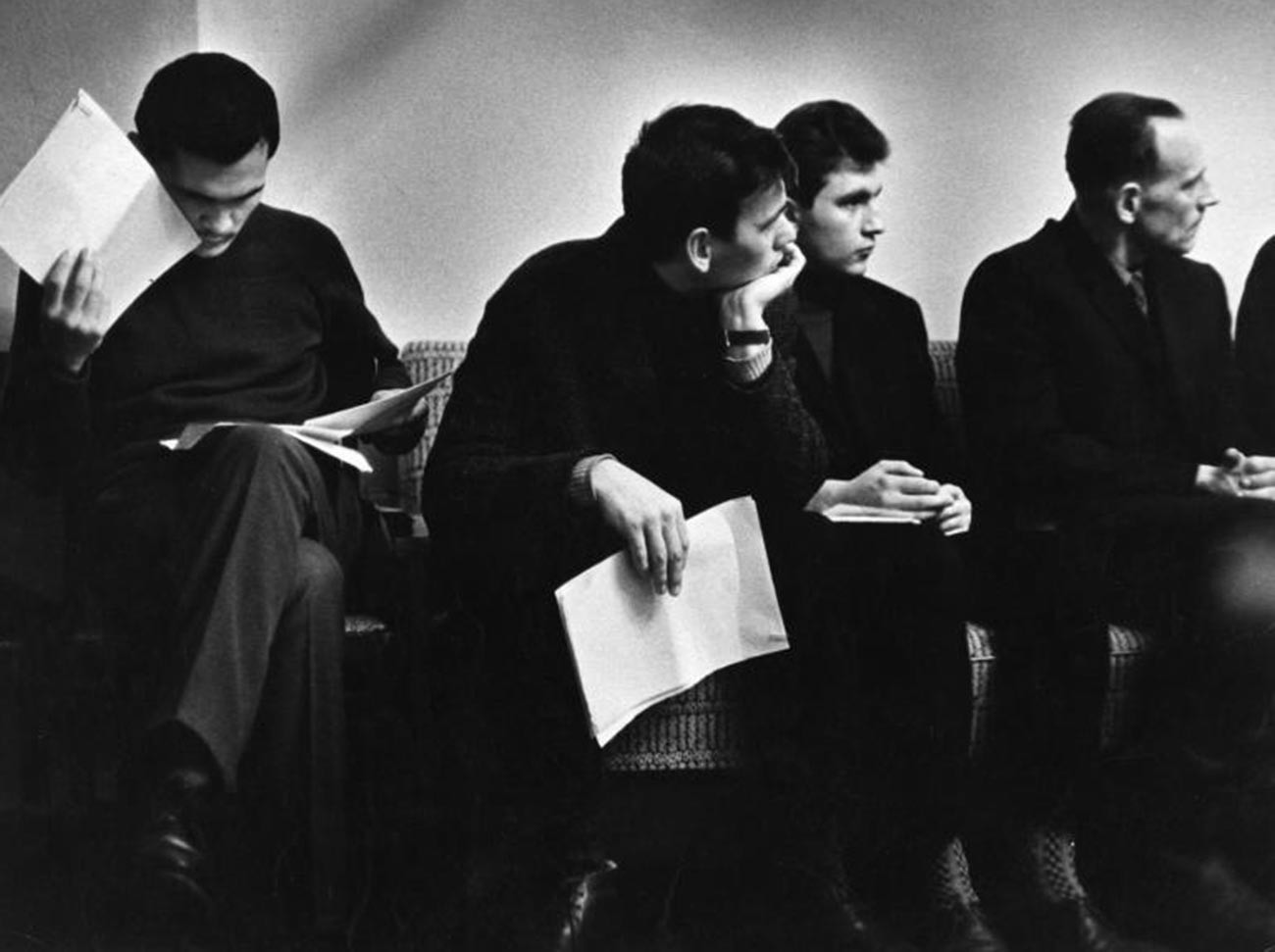 “We had heard that Russians are very good at a game we call the ‘Russian gambit’, and very few can beat them at it. It is played very simply. The man in the government bureau you want to see ‘is not there’, ‘is sick’, ‘is in hospital’, or ‘is away on his vacation’. This can go on for years.”

In 1957, as an aspiring journalist, the Latin American writer came to Moscow for the World Festival of Youth and Students, having posed as a member of a folklore ensemble. 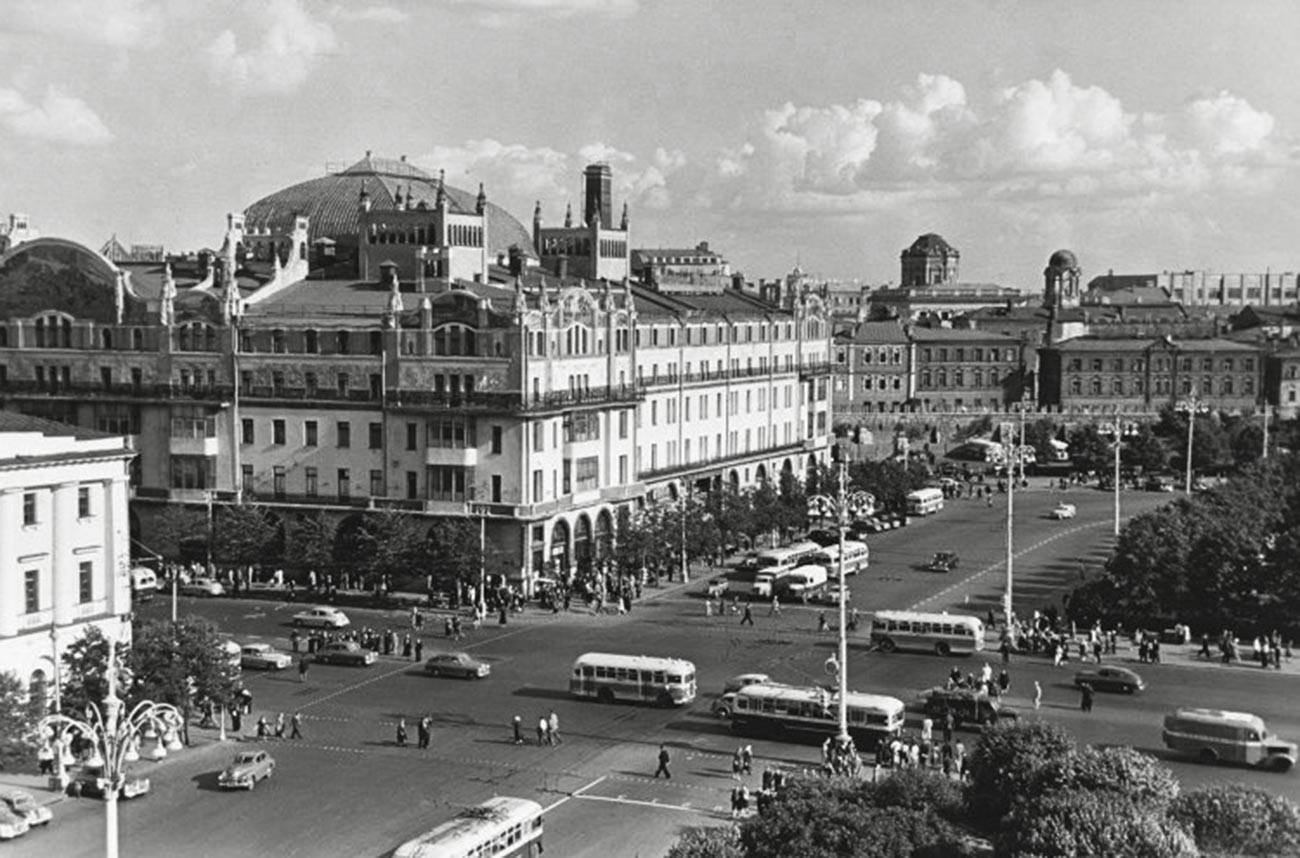 “Moscow - the world’s largest village – is outside normal human proportions. Devoid of greenery, it exhausts and suppresses one,” he wrote later. “There are no ordinary streets here. There is a single system of avenues that converge on the geographical, political and sentimental center of the city - [the] Red Square.”

He also noted that Moscow was a classless society: “The disappearance of classes is an impressive reality: everyone is the same, everyone is wearing old and poorly made clothes and bad shoes.”

7. “Champagne is sold on tap and can be drunk at the counter” - Mihajlo Mihajlov

The Yugoslav scholar and essayist spent five weeks in Moscow in the summer of 1964, and the following year was arrested by Tito’s government for “slandering a friendly power”, the USSR. 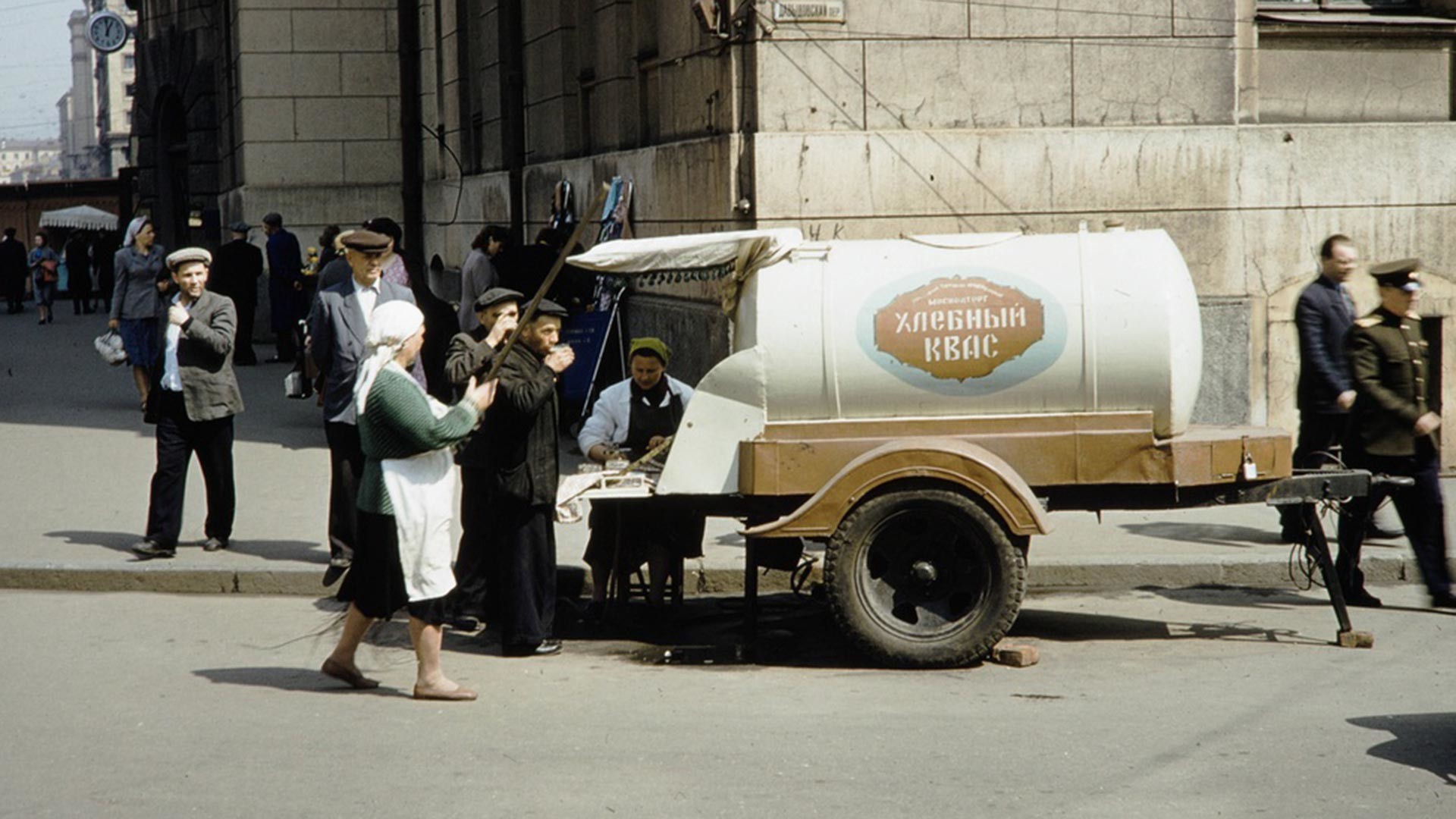 That said, Mihajlov found himself in the ‘friendly power’ not in the worst period in its history: it was a time of a political ‘thaw’, and this was felt at every turn.

“There are large tanks in the streets from which street vendors sell the Russian national drink, ‘kvass’. At every step, there is a soda vending machine. A plain soda costs 1 kopeck a glass, while a glass of soda with raspberry juice, 3 kopecks.”

“The metro is beyond description. Trains arrive every minute or a minute and a half, and everything works flawlessly. There is an information desk on every corner. For two kopecks, you can find out which bus, trolleybus, or metro line can take you to your desired destination. Champagne is sold on tap and can be drunk at the counter.”

8. “All party members march in the streets.” - David Bowie 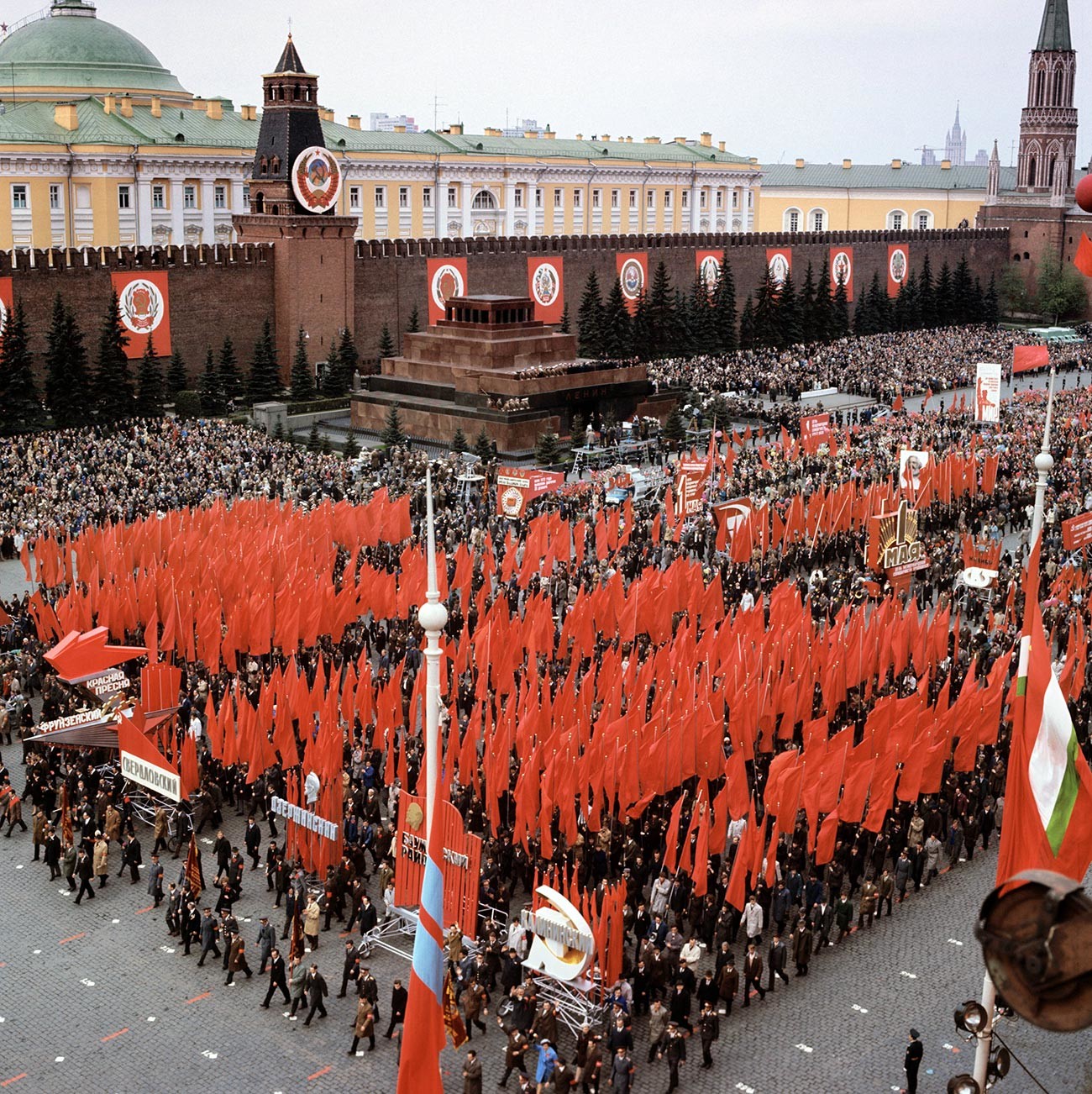 The British glam rock legend arrived in Moscow on April 30, 1973, on the eve of a big holiday, May Day. To him, Moscow presented itself at its most festive: “We stayed that night in the Intourist hotel, and the next day we were lucky enough to see the impressive May Day Parade in the streets of the city. May Day is Moscow’s (or rather Russia’s) biggest holiday - commemoration in honor of the founding of the Communist Party of the Soviet Union.

“All party members march in the streets carrying red flags and singing patriotic songs - it’s really quite a sight. It’s very impressive to see such enormous numbers of people marching together like that, with a sense of harmony and purpose,” he wrote to his PR manager, Cherry Vanilla.