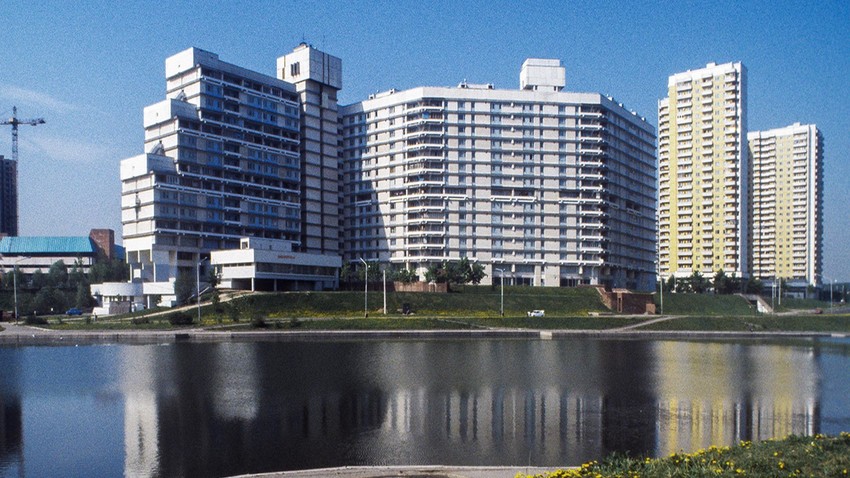 Boris Prikhodko/Sputnik
The Moscow neighborhood of Northern Chertanovo was an architectural modernist experiment in the autumn years of the USSR. It was intended to house the country’s most exemplary communists.

Back in the USSR, everything was supposed to serve communist ideals — from school uniforms and collective morning exercises to residential blocks and apartments. The mid-1970s saw the start of a grandiose architectural experiment in the south of Moscow in the shape of the Northern Chertanovo microdistrict, which was touted as "paradise for the Soviet person." It was buildings such as these that Soviet citizens were destined to live in, or so it was thought. 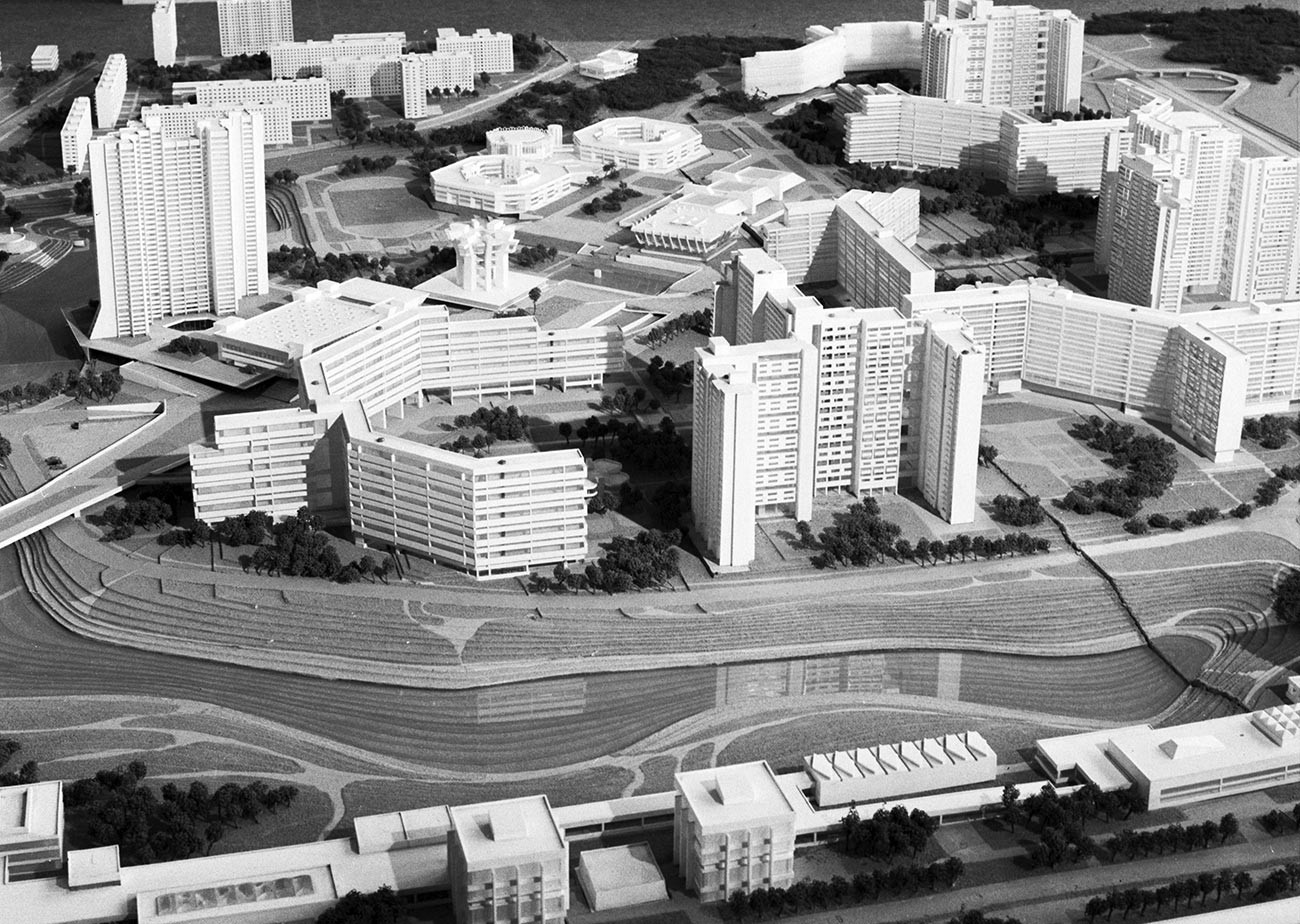 The “exemplary forward-looking” residential project began in 1975. As per the ambitious specification, it was to be the most advanced region not only in the USSR, but the world. Therefore, it was imperative that it be finished in time for the 1980 Olympics so that foreigners could be given tours of the neighborhood. 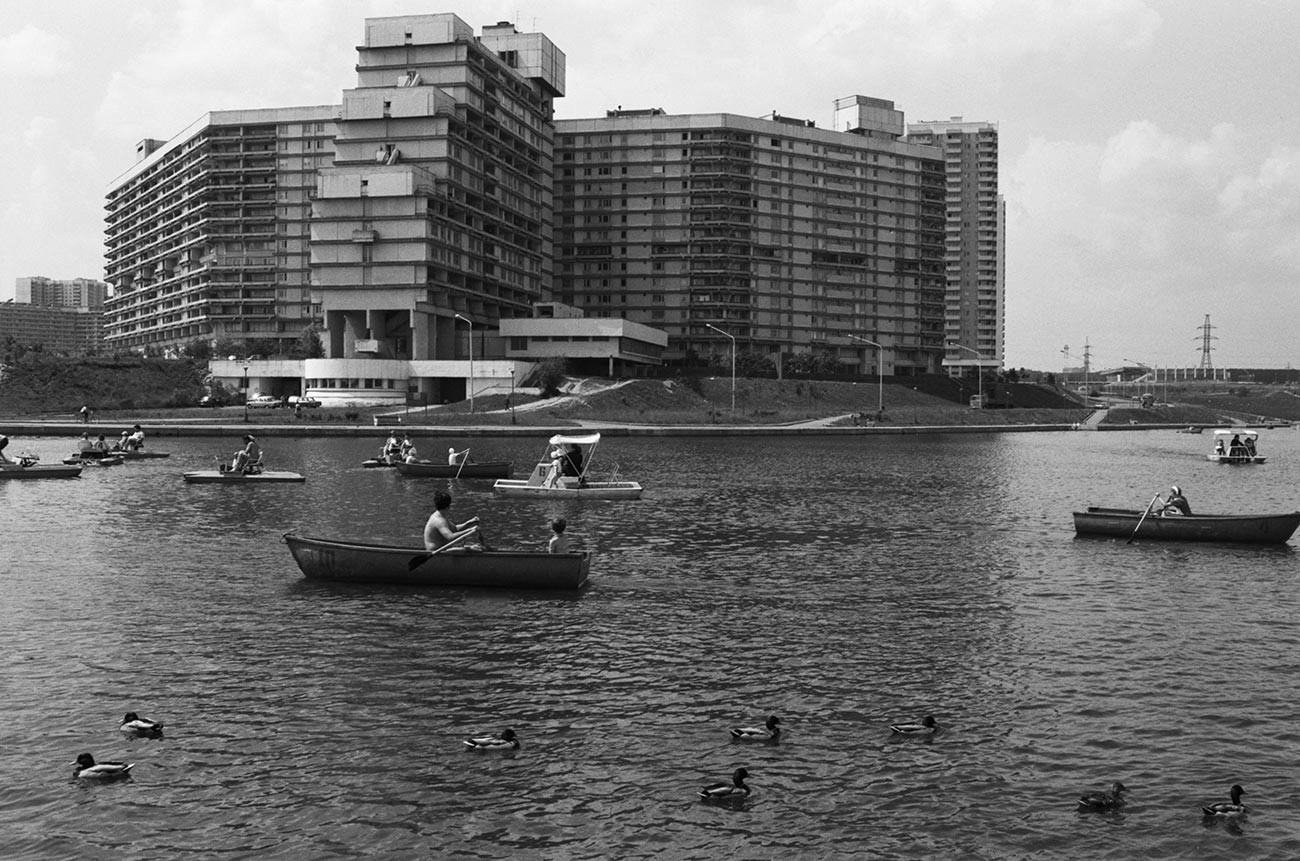 Soviet urban planners wanted to get away from the ubiquitous monotonous architecture, and utilize all the latest advancements in construction and technology. As such, it is still the only area in Moscow where the nearby highway is tunneled underground, saving the region from streams of cars and noise. 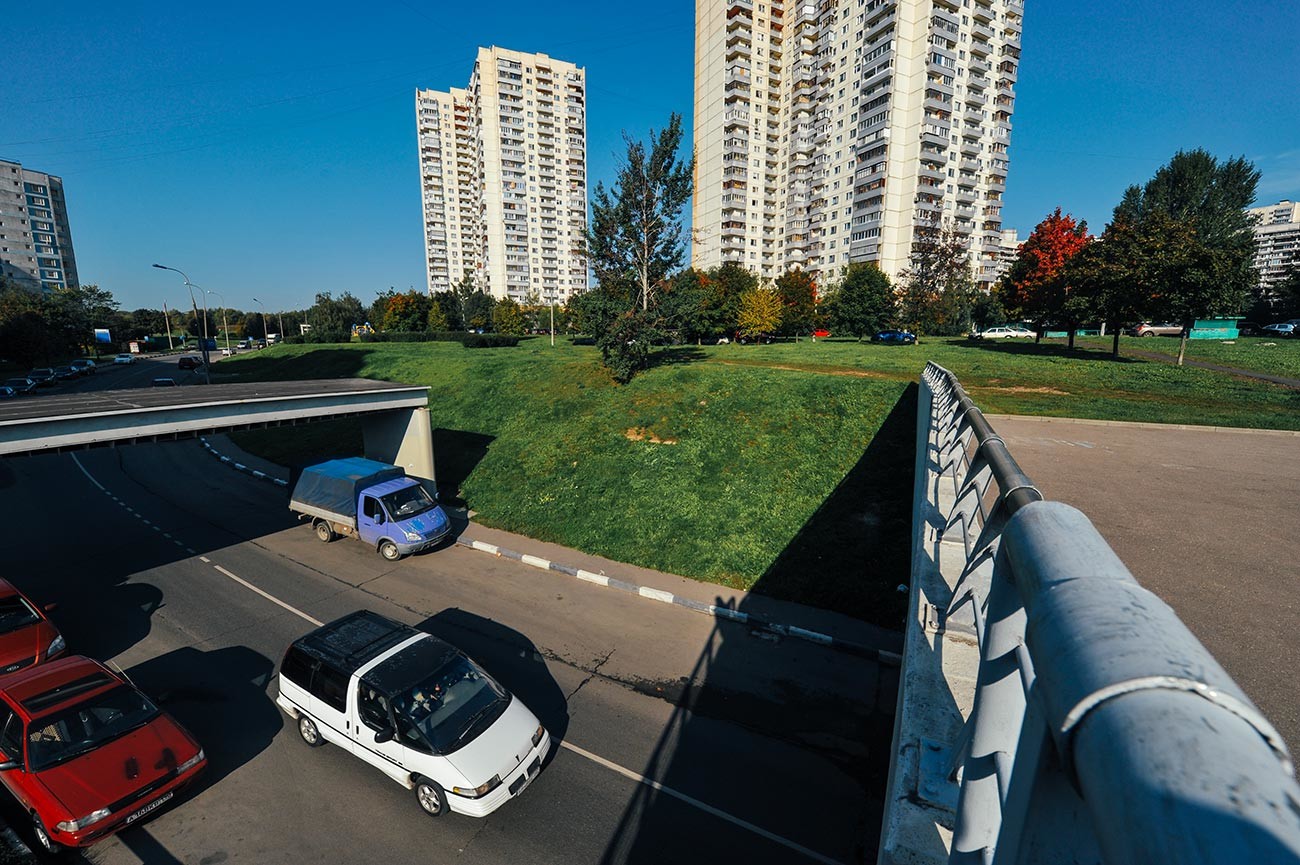 All apartment blocks in Northern Chertanovo have underground garages with direct elevator access to all floors, bypassing the street. In addition, there are ground-level driveways between buildings, but these were intended for taxis, fire engines, ambulances, and other emergency services. 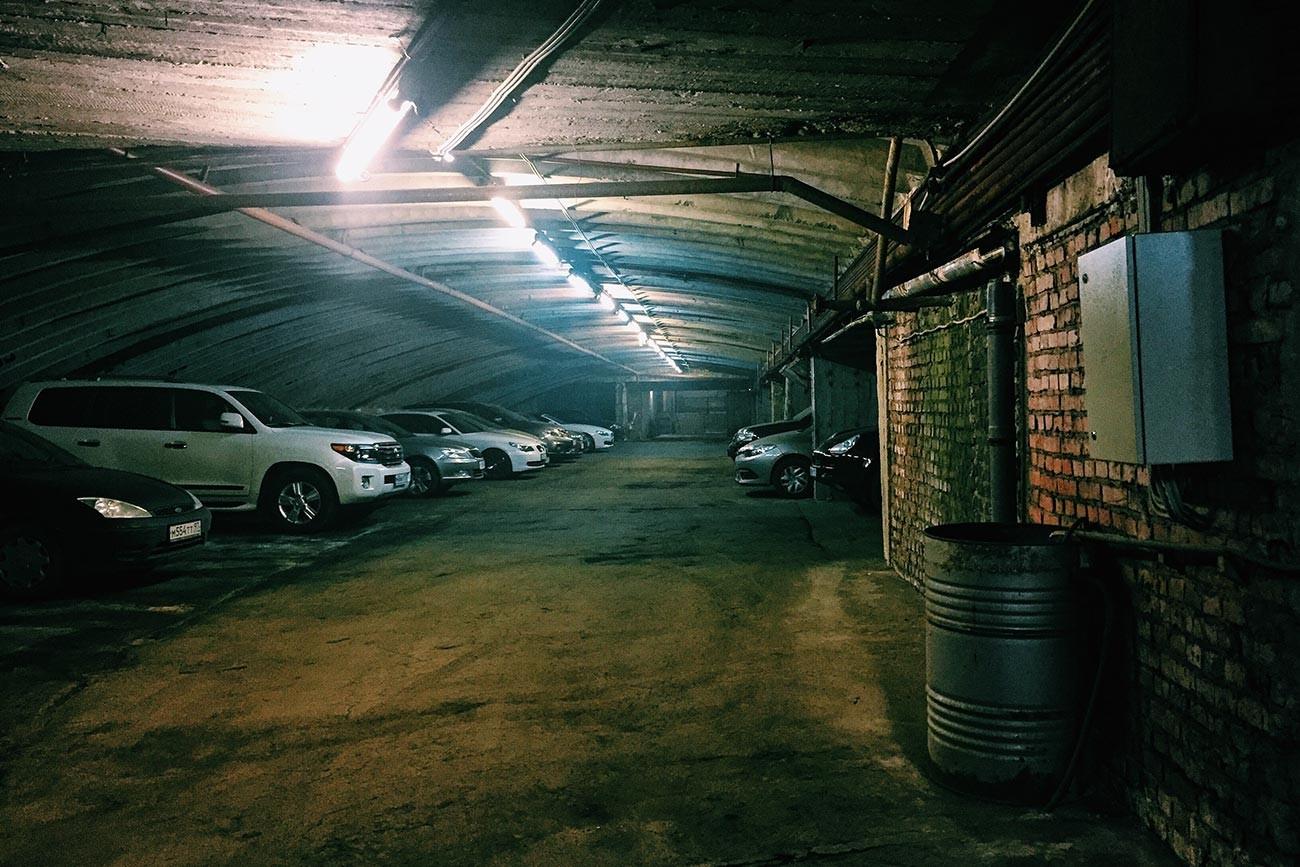 Another unusual feature of the experimental area is the artificial presence of green hills. There is even a local legend about how they appeared: the builders were supposedly too lazy to remove the waste materials, so they simply covered everything with earth. Some believe this version of events, but in fact the hills were created specially to provide the neighborhood with its own natural landscape. 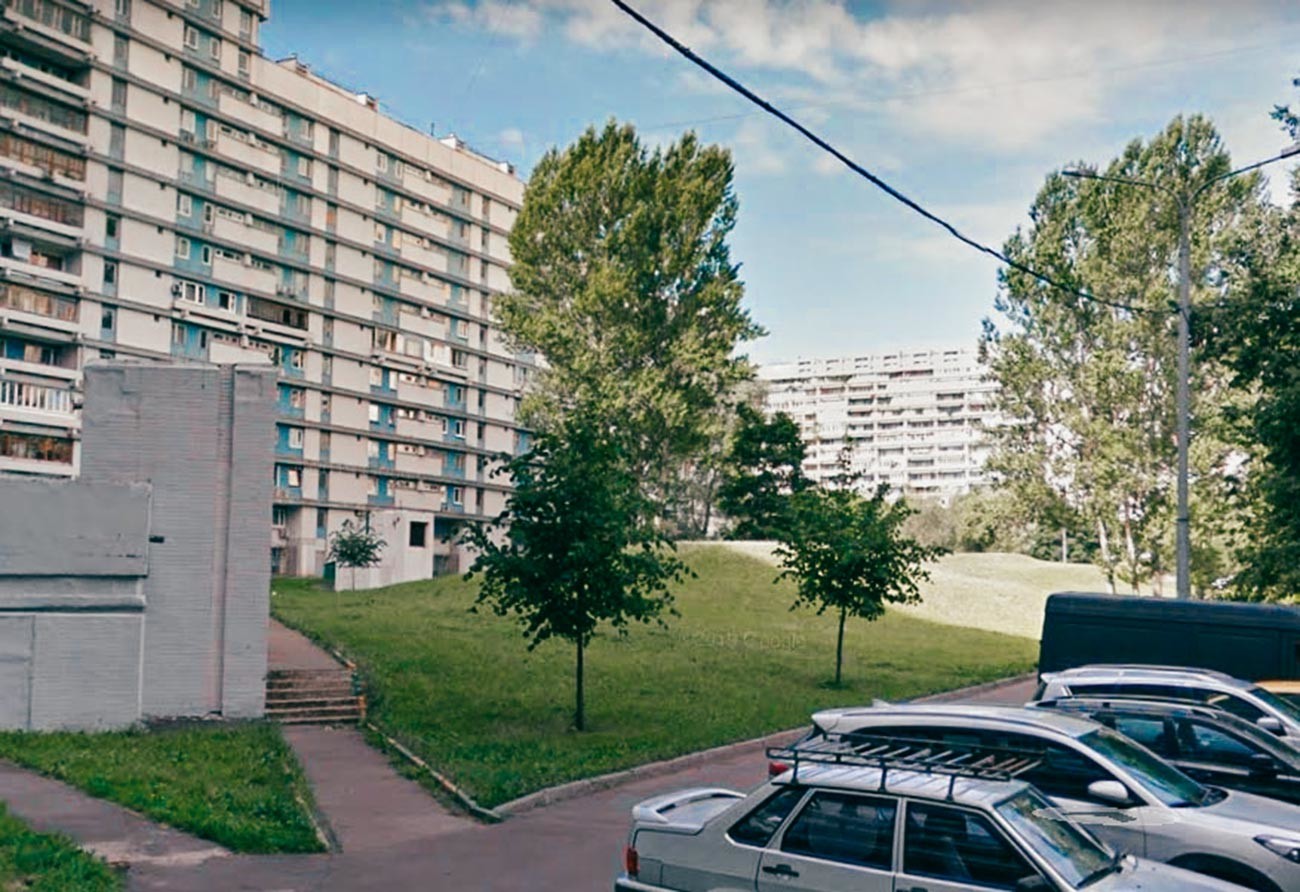 Of even greater interest were the local infrastructure and building interiors. The architects were guided by the earlier communal houses tailored for collectivized living, which were all the rage among avant-gardists and constructivists in the 1920s and 30s. 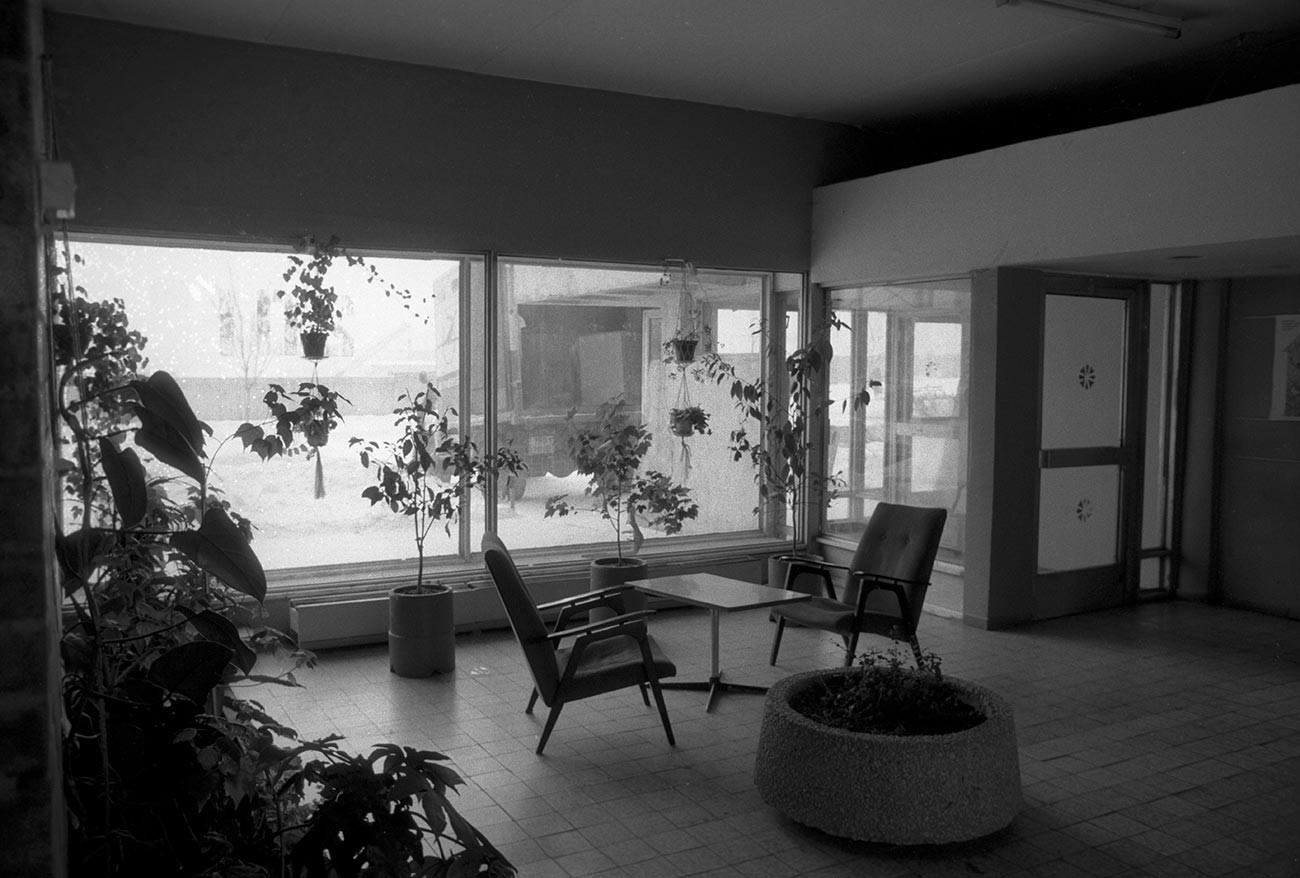 The plan was to create a self-contained microdistrict with multi-level shopping mall, movie theater, library, gym, pool, kindergartens, restaurants, repair shops, etc, catering to residents’ every need. And there were individual mailboxes at the building entrances, so that residents of Northern Chertanovo would not have to stand in line at the post office like everyone else in the Soviet Union. At least that was the idea. 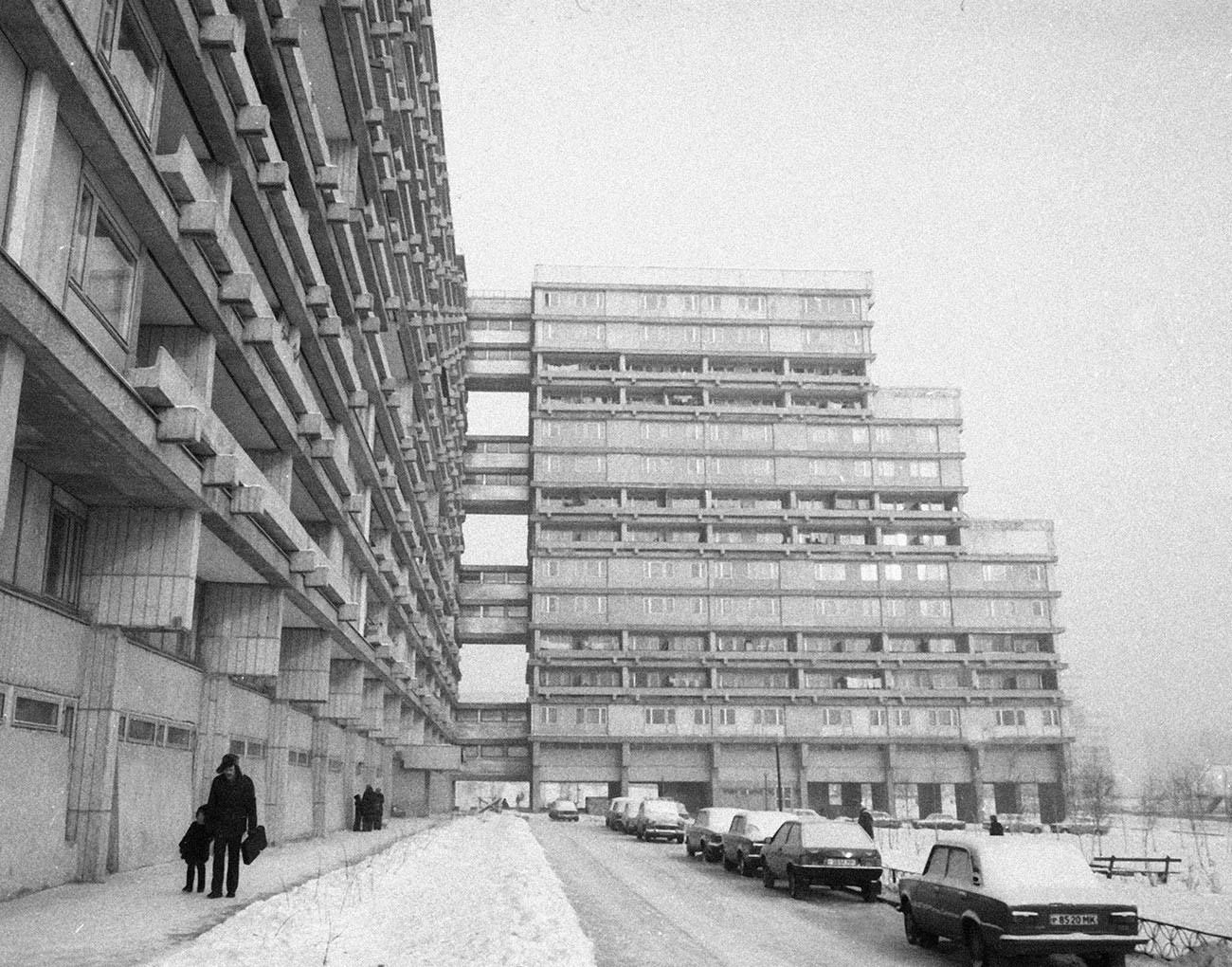 The apartment interiors, too, were non-standard for the time, sporting a free layout. By opening the wide door-screens, it was possible to combine the kitchen and living room, turning the apartment into a studio. The apartments also featured a Swedish-style pneumatic refuse collection system, whereby waste was carried away through trash-sucking tubes. 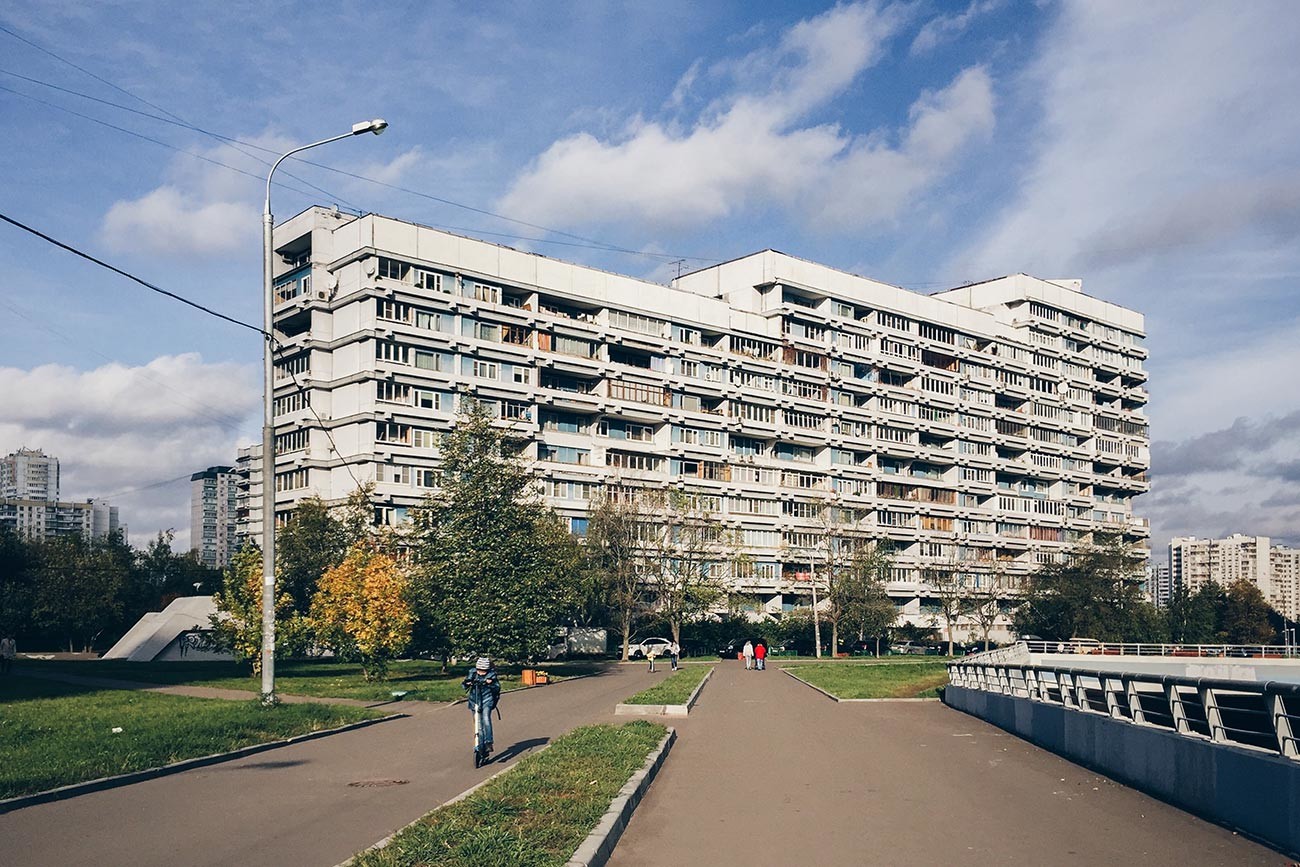 The buildings themselves were connected via ground-level glass walkways. The very concept of the microdistrict — which could be traversed on foot from end to end, stopping by for cups of tea with friends and colleagues along the way without ever going outside — was considered a paragon of "collective paradise." But like communism, it remained an unattainable utopia.

In the end, the Olympic deadline was missed, and the project was finally completed only in 1982. Even then, most of the original scheme was missing. For example, the shopping mall never materialized, and only one kindergarten, one school, and one sports complex were built. The concept of several multi-storey residential buildings was also greatly simplified.

Nevertheless, even in its current form, Northern Chertanovo is considered one of the most remarkable districts of Moscow. Most of all, it is adored by filmmakers: its backdrops have graced at least 18 films and TV series, including the sci-fi blockbuster Attraction, which was released in 2017 in 74 countries worldwide.