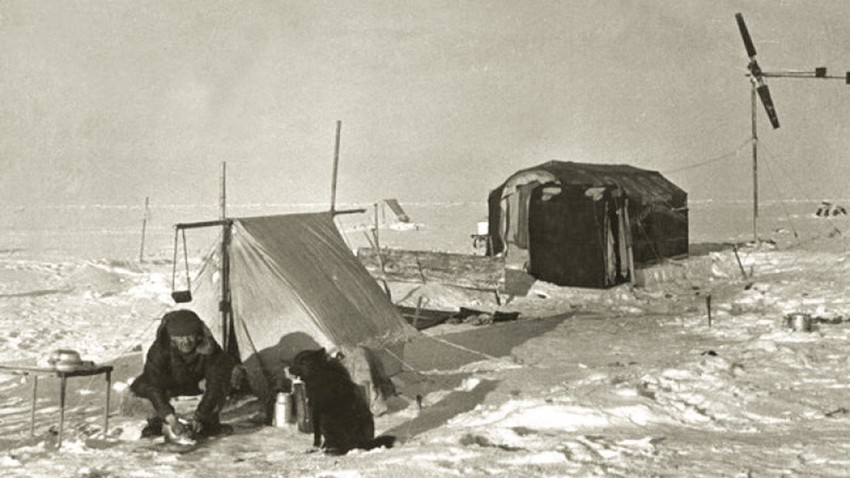 Russian State Museum of the Arctic and Antarctic
A trip to the North Pole is pretty much like a trip to space... but with 5 tons of weird food!

Before space became every superpower’s favorite mountain to climb, mankind had the Earth’s poles to dream about. The most heated rivalry in that race was between - you guessed it - the Soviet Union and the United States. In 1937, Joseph Stalin issued a classified directive to explore the North Pole - the most hard-to-reach place on Earth (and it’s not even strictly land: the entire pole is a massive drifting slab of ice in the Arctic Ocean).

Among the many issues to address ahead of the trip, there was one of prime importance: what would the members of the expedition eat? And how much? Four researchers were to be sent to the most extreme place on the planet for almost a year, totally isolated from the outside world.

Believe it or not, developing the ‘polar menu’ took a year and a whole team of specialists. “Ensure provisions for us for two years,” ordered the mission head, Ivan Papanin. Hunger had been the worst of people’s mortal fears at the time, it seems. 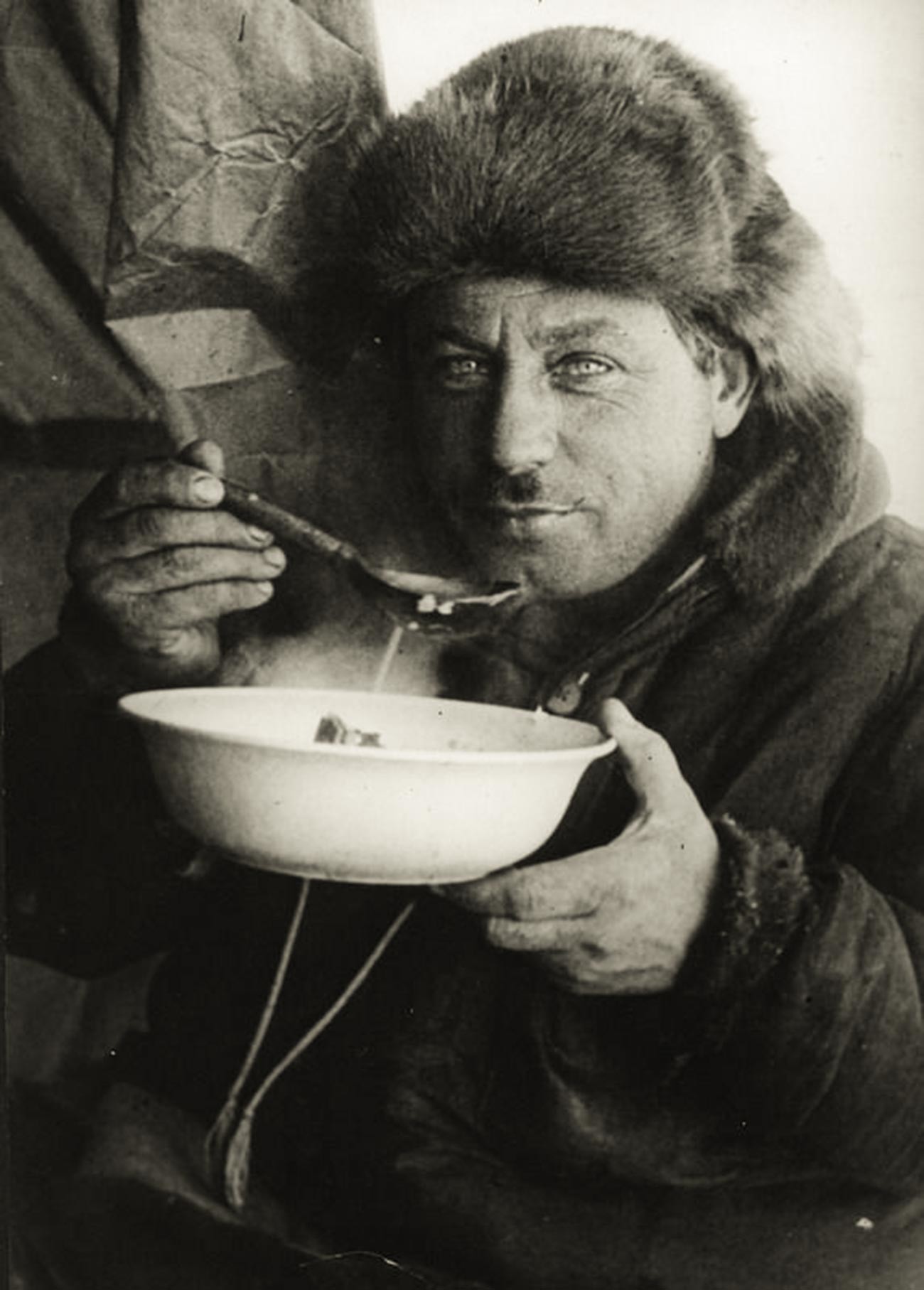 Russian State Museum of the Arctic and Antarctic

The dietary requirements for the trip were very harsh. Each day a researcher would need to eat 7,000 (!) calories... Let’s compare that to the daily adult male recommendation of 2,500 calories, under normal conditions. Getting two years’ worth of those calories onto the North Pole was a huge puzzle to solve. And so, the Soviets opted to use food concentrates - or sublimated food.

The Institute for Public Diet and Engineering came up with 40 kinds of concentrate cubes - from chicken cutlets to borsch to “kind of a salty chocolate with a mixture of chicken and meat powder” (that particular invention, according to the crew members, was absolutely hideous in taste, despite being pronounced as the cutting edge of ‘extreme conditions’ foods). 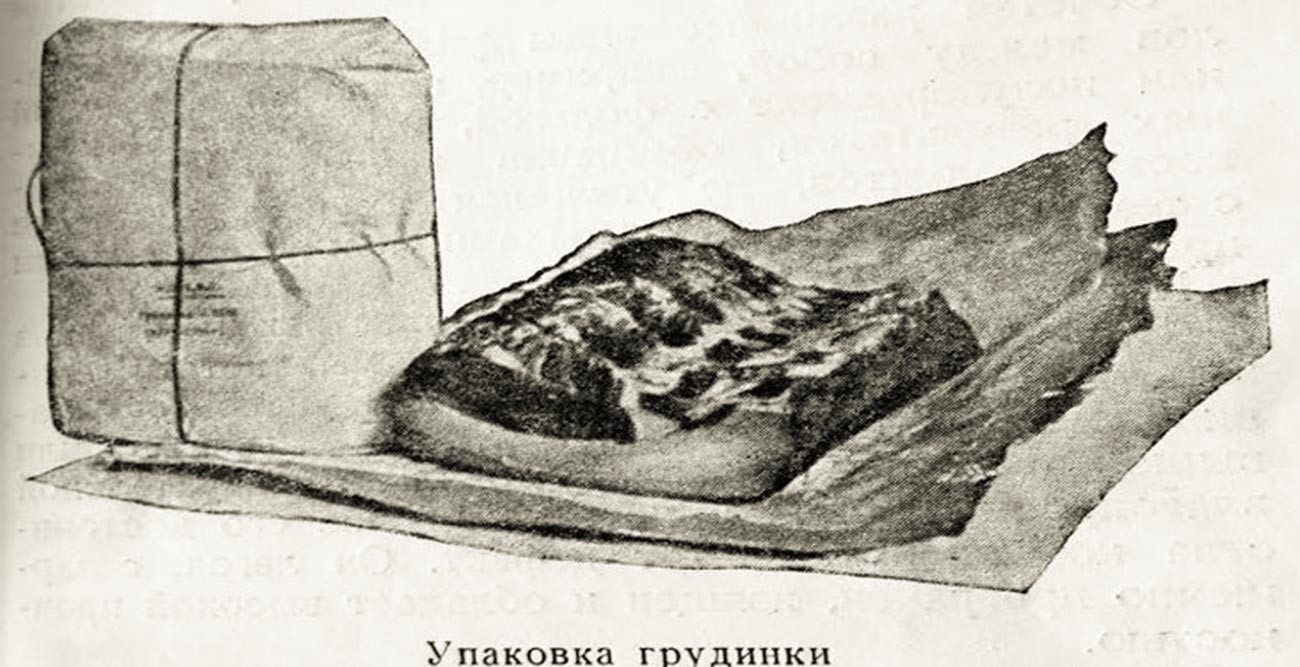 The process was as you’d expect from a chicken bouillon cube today: soak the cube in hot water for 3-5 minutes. That time was determined with a chronometer - it was imperative that the preparation be fast.

A lot of produce was tested for the menu. It was discovered, for instance, that melted cheese was by far the best of the cheese to pulverize into a powder.

However, despite the impressive science, the food load would still weigh a whopping five tons!

A ‘polar diet’, according to the director of the institute, Mikhail Belyakov, looked something like this:

The in-between the dinner and lunch ‘poldnik’ (afternoon tea), consisting of the following: tea with ‘vitamin sweets’, croutons and ‘salo’ (pork fat).”

All of the sublimated foods were hermetically sealed in special capsules - each weighing 44 kilograms. On top of the capsules, however, went several bags of potatoes, a bag of onions, one of garlic, boxes of butter and so on. And another 150 kg of frozen ‘pelmeni’ (dumplings)... The head of the expedition didn’t trust the food cubes. There was also alcohol - cognac and moonshine.

As for spawn caviar (or black caviar), the expensive delicacy was lavishly consumed with tablespoons, not even with bread, as Russians normally like: there was either none, or very little to have.

What they eat today 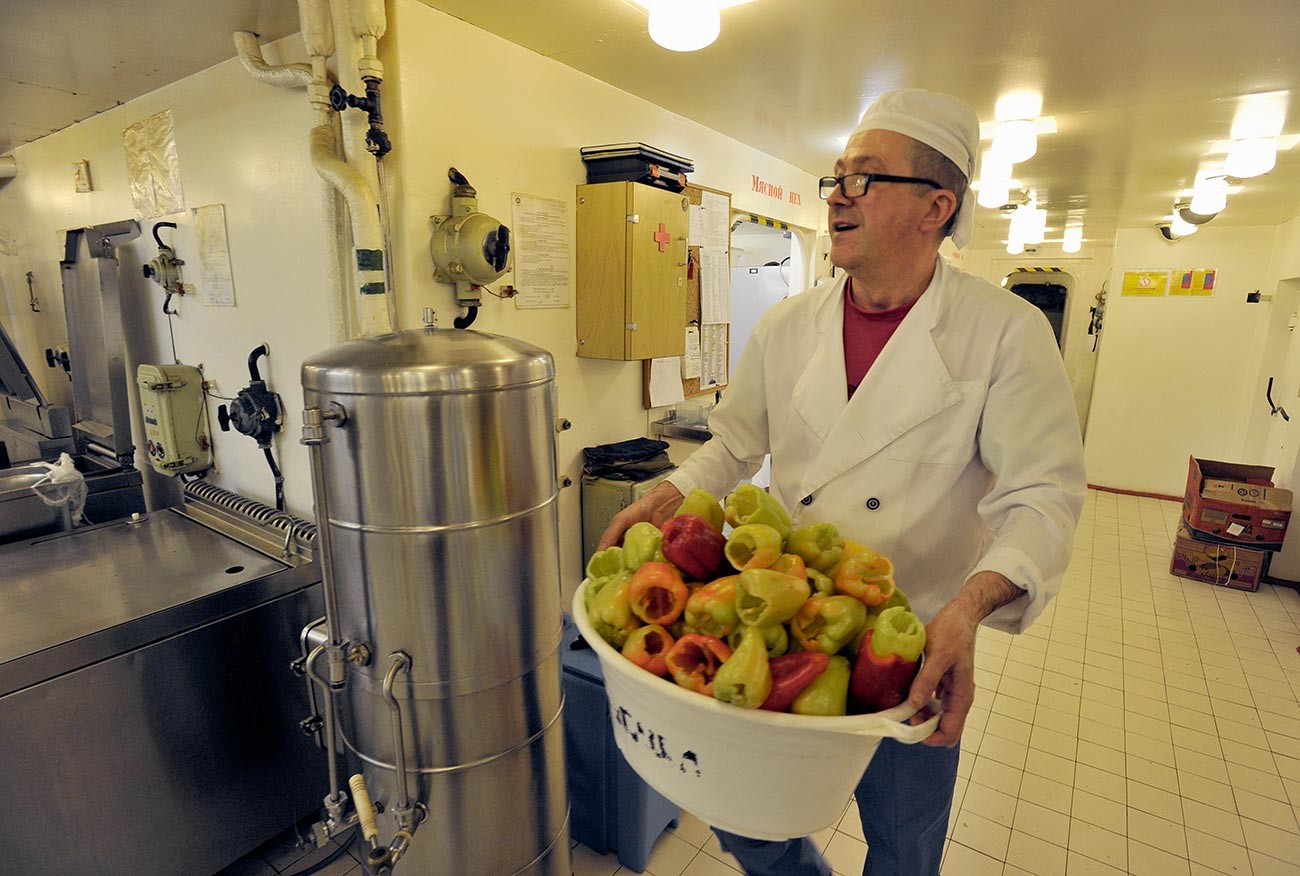 In modern times, buying a trip to the North Pole hardly requires a ‘polar menu’. The nuclear icebreaker taking tourists there has all the necessary amenities, as well as luxuries: from a pool to a sauna to, of course, a restaurant with nice European cuisine.

Read more:Life at the North Pole — how do Russians do it?

However, if you were to go as part of an expedition, it’s still the good ol’ sublimated cubes. Yummy.

“We take salo on our trip, we love it very much,” says Matvey Shparo, director of ‘Laboratoria Puteshestviy’ (“Journey Lab”). “We also take khalva in chocolate, dried fruit, nuts. But aside from that, it’s sublimated products for us. We can have porridge with meat and borsch, for example. Not the best-tasting meal, but fast and nutritious.” 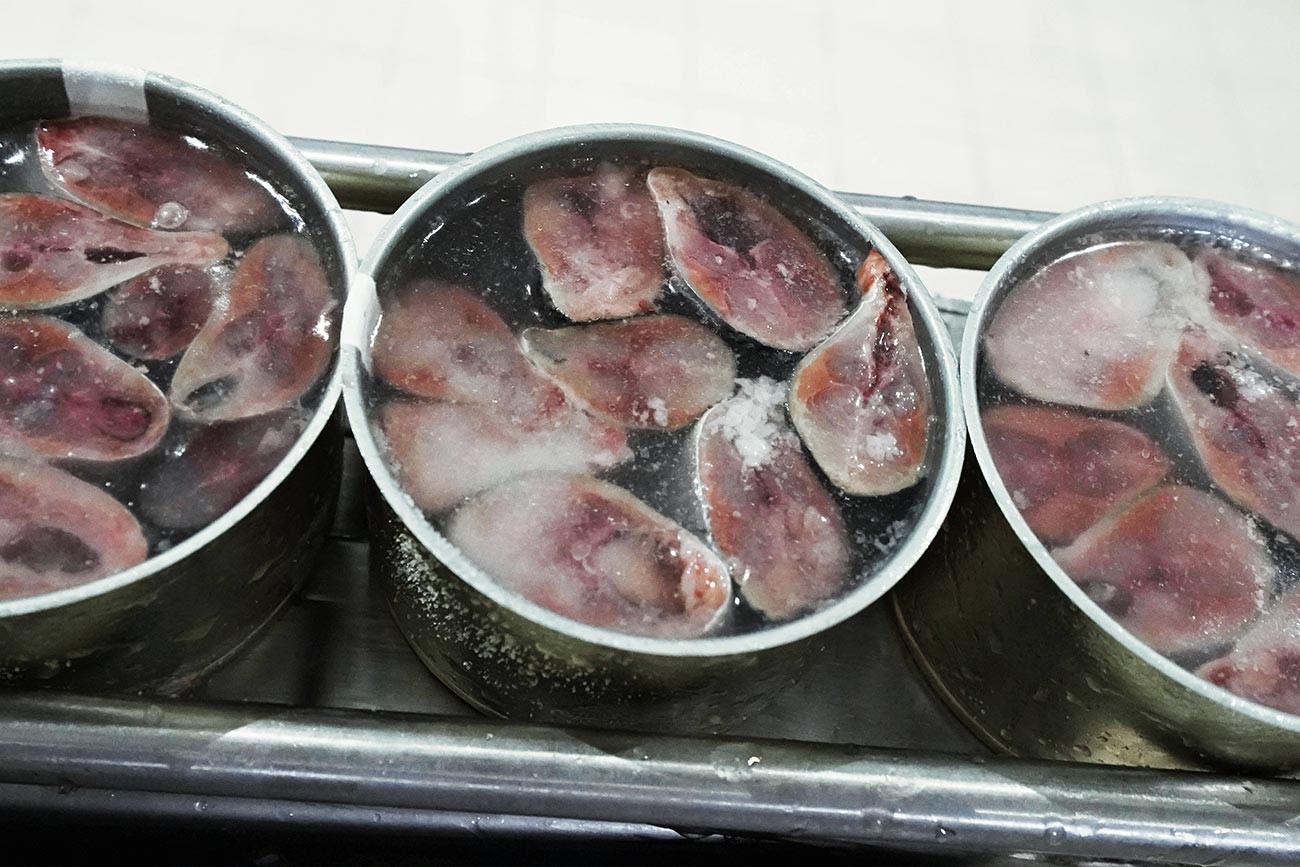 A trip to the South Pole, however, is rumored to be an easier tourist experience, according to Viktor Boyarskiy, polar explorer and director of the State Museum of the Arctic and the Antarctic.

“There’s an American polar station over there, where the food isn’t half bad. They’ve got real fresh vegetables and fruits: they get regular drop-offs by plane. On our Russian station, the ‘Vostok’, things are a little more gloomy as far as veggies go: we only get deliveries twice per season. But we have everything else: meat, cereals etc.”

The Russian station only has an “ordinary Russian menu”, according to Boyarskiy: for breakfast, there is porridge, cheese and bologna, for lunch, there’s borsch. They make their own ice cream, by mixing snow, sugar, syrups and fruit jams. 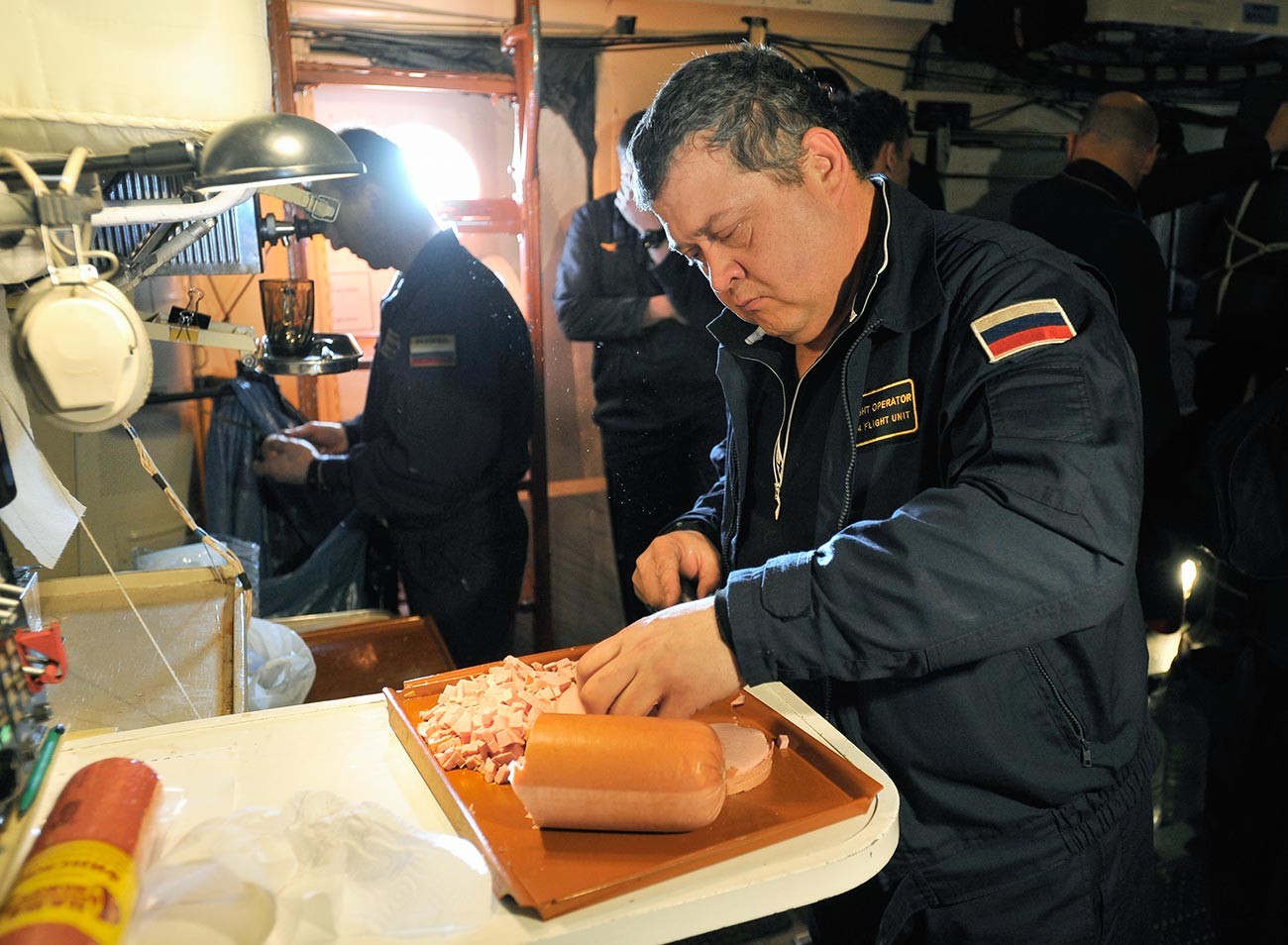 “Beer and wine - now that is a delicacy in the Antarctic,” he goes on. “All the products that can’t stand the cold are a delicacy. Say, the ‘Doktorskaya’ bologna, for instance, is more precious to the polar explorer than a smoked one, because the Doktorskaya can’t stand being frozen. It turns to stone, then sort of dissolves… a lot of water there. Smoked, on the other hand, can be consumed after freezing, so that’s what we have day in and day out. So, if you ever want to do something nice for a polar researcher, just bring some Doktorskaya and beer - instead of smoked sausage and vodka: we’ve got more than enough of that there.”