Who’s the girl from the iconic ‘Alenka’ chocolate bar? 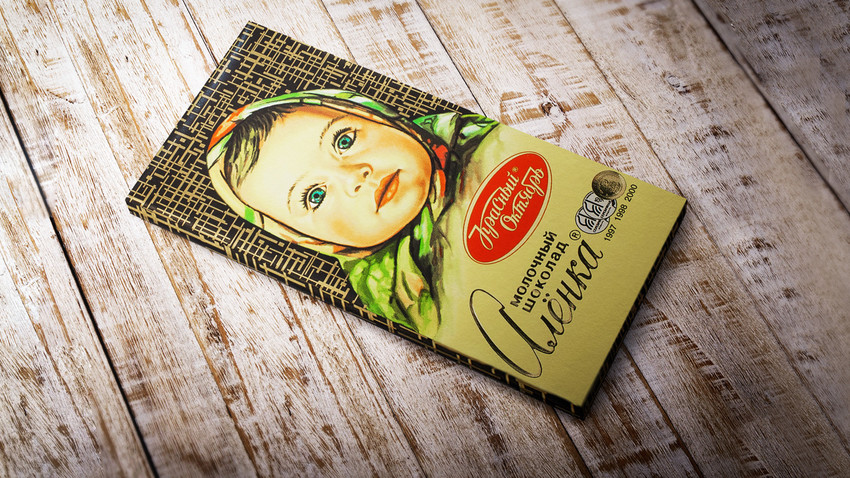 Freepik; Red October
Over 40 years on, “the girl from the chocolate wrapper” tried to sue the confectionery for millions, but was unsuccessful in proving that she indeed was the little blue-eyed child in the headscarf.

“We need a widely available, affordable milk chocolate!” Such was the task set by the Soviet government’s food program in the 1960s. Out of the companies competing for the government tender, ‘Krasny Oktyabr’ (“Red October”) was chosen. The confectionery’s ‘Alenka’ line then became the “national” chocolate of the day.

The bar took its name from the daughter of the first woman in space, Valentina Tereshkova. However, the honor of becoming the face of the chocolate went to a different girl. In 1966, the first chocolate bars came out with eight month-old Elena Gernias’s face gracing the packaging. 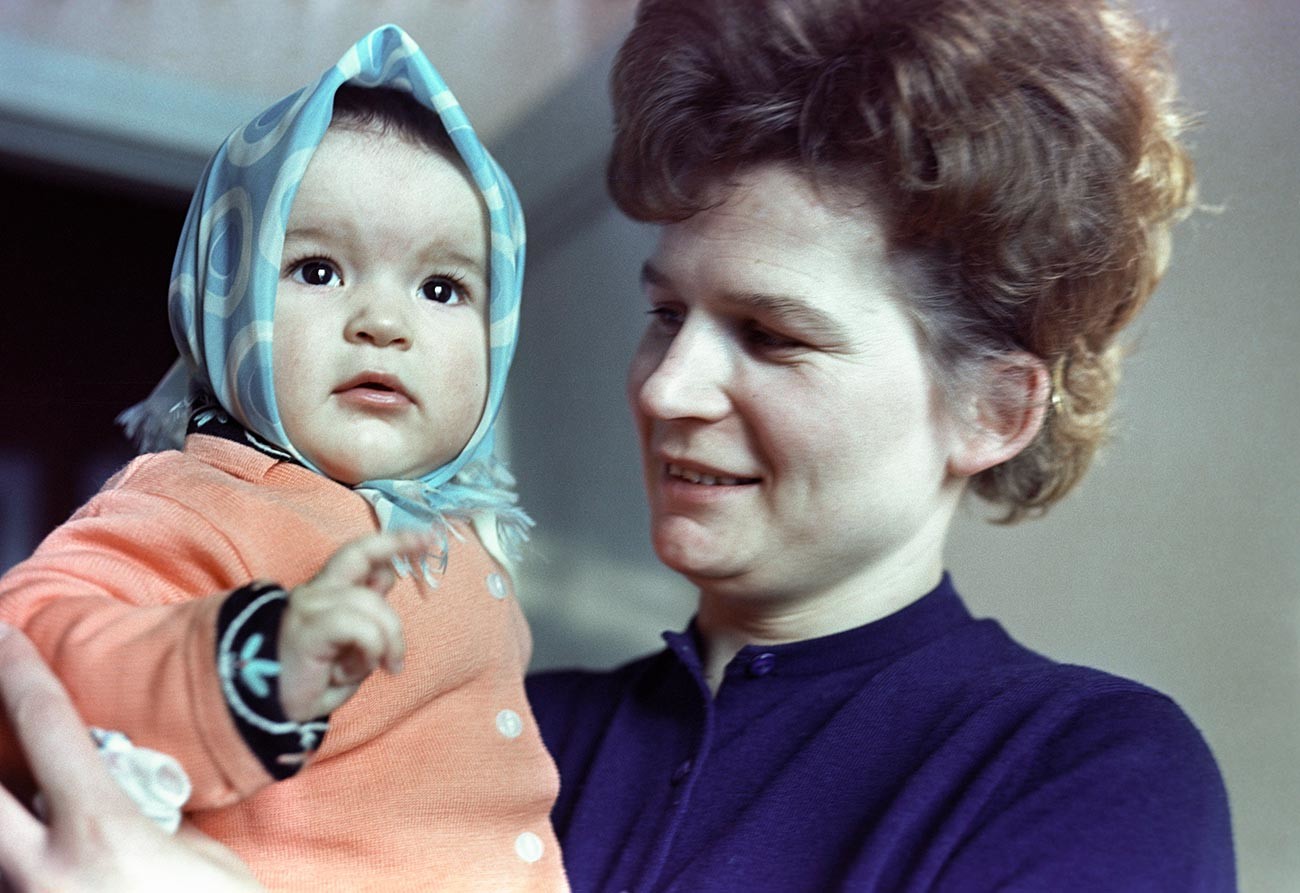 Valentina Tereshkova with her daughter.

A long search preceded the final decision. The designers tested different options - there was a girl with carnations, a girl with pigtails, a little ‘Snegurochka’ (“Snow maiden”) - but nothing was being approved. Since the designers had reached a dead end, someone suggested using the girl from Viktor Vasnetsov’s painting, ‘Alenushka’. However, the idea was criticized: Vasnetsov’s girl sits with bare feet - and “Soviet children are not in any need of shoes!”, the Communist Party deemed. The impasse resulted in the submission of a new request for tenders. 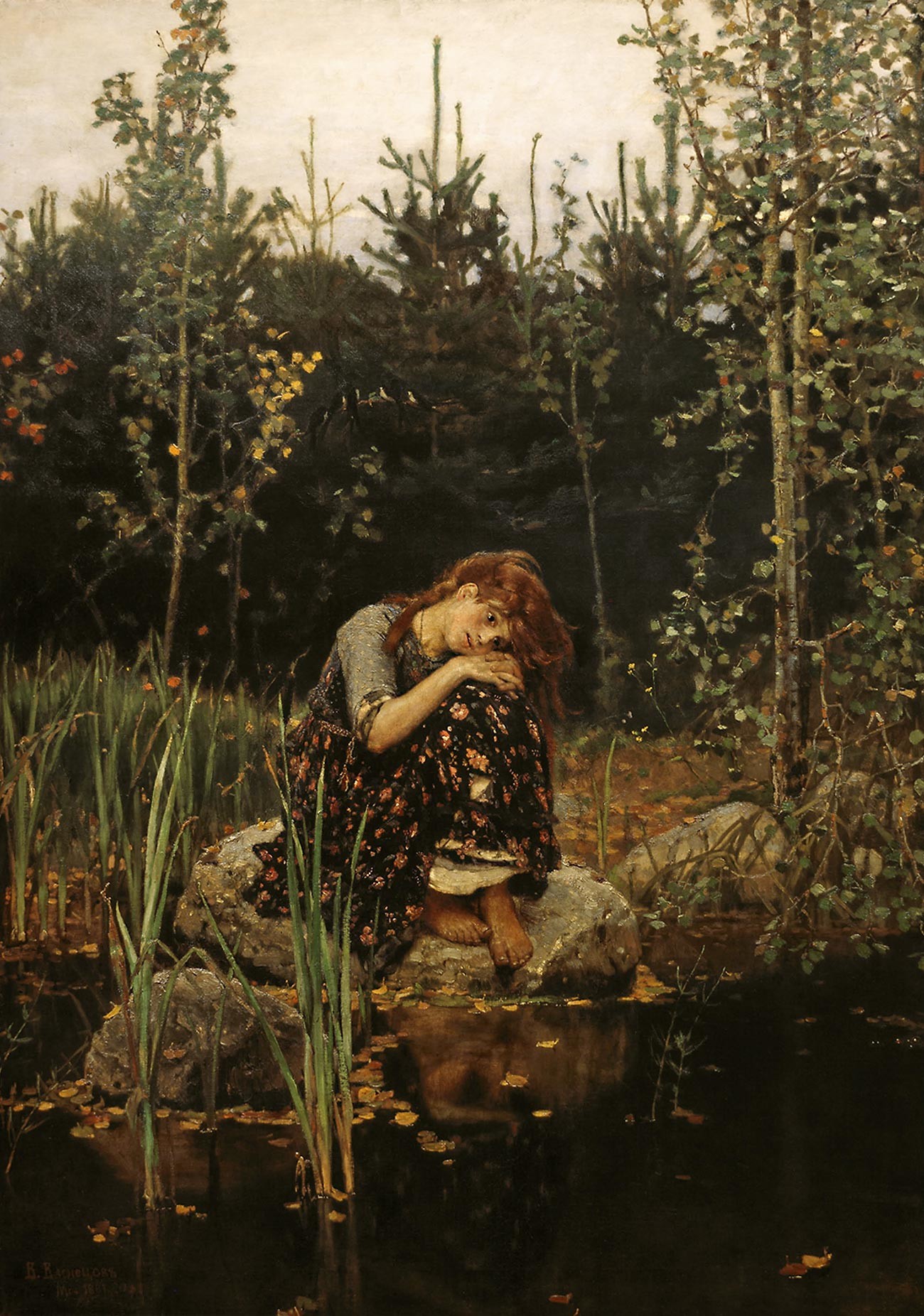 In 1965, the newspaper ‘Vechernyaya Moskva’ (“Evening Moscow”) received more than 1,500 shots of the would-be packaging, but the one that ended up winning was a picture already known to the nation from state-produced magazines, including the cover of ‘Zdorovye’ (“Health”). Its author was the photojournalist Aleksandr Gerinas. The wide-eyed cover girl was his daughter, Elena.

For the chocolate bar to really become “national”, the girl’s eyes were redone in blue, her face lengthened and the upper lip enlarged. 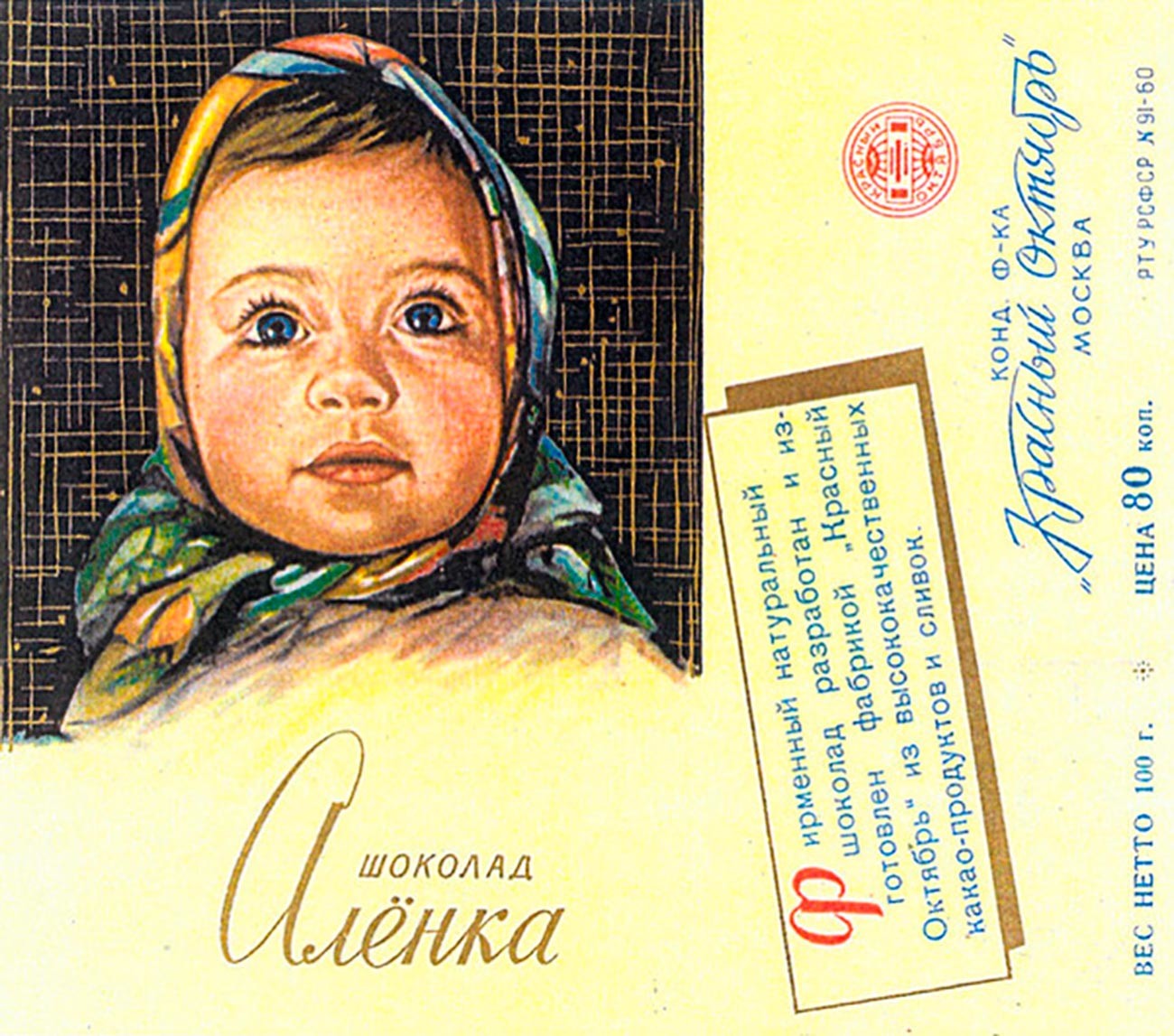 The chocolate with her face on the cover would accompany Elena her entire childhood. But neither she nor her family would ever see a ruble for the photograph.

They had kept this to themselves until 2000.

As the Alenka marketing campaign kicked off, Krasny Oktyabr invited Elena Gerinas to the official presentation. She was given a ‘sweet’ prize as the little “model”, but that didn’t stop Elena wishing for something different: that, decades later, she would be given some sort of a contract, or at least a reward. This never happened, and Gerinas, then 36, decided to take the confectionary maker to court.

“Everyone in our family knows that my portrait is on that chocolate,” she said. “When dad died - he’d divorced mom earlier, they were living separately - they gave us his entire photographic archive. That’s where I found the tape.”

Gerinas lodged a claim against the brand with a request to acknowledge her legal rights to the photograph, as well as for financial compensation and a percentage for any future use of her image. Gerinas valued the damage at five million rubles (ca. $66,100). 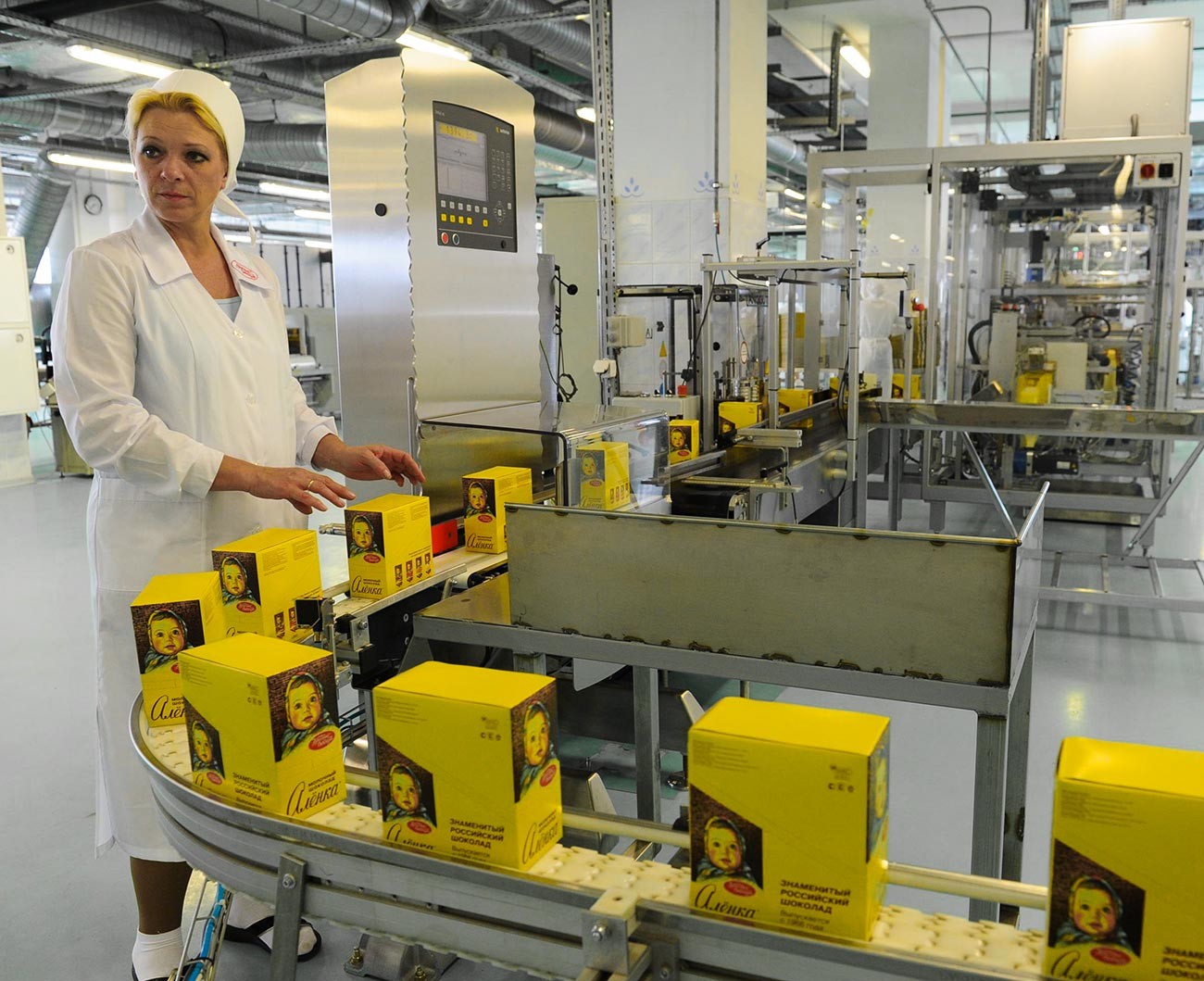 The legal battle lasted two and a half years, and ended with Gerinas losing. The investigation concluded that the cover was, indeed, most likely redrawn from the photo in question - it even found 18 similarities to support its case. However, changes made to the original photograph legally rendered its use fair, putting it squarely in the original work category.

“I still have that tiny headscarf, it’s faded a bit though,” Gerinas said. “Look closely at Alenka, her knot is tied in a peculiar way, because my mom is a lefty. This detail didn’t escape the court, but was never officially acknowledged.”

The cover girl continues to carefully store all the evidence in the case, including the cover of “Health” with her face on it. 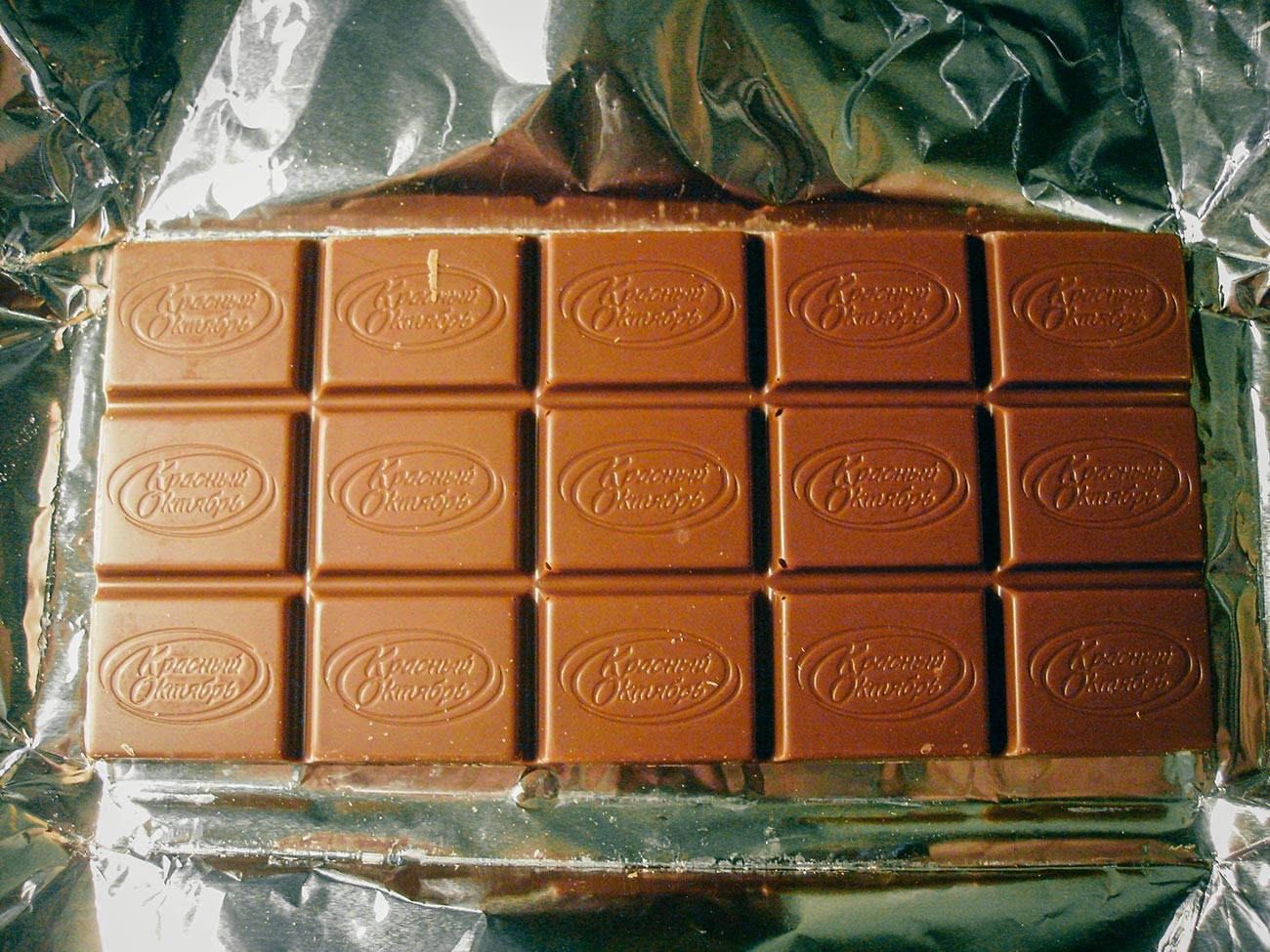 Today, the 56-year-old lives in Khimki, just outside Moscow, with her husband and two children. She works as a liberarian, but is also an expert in pharmacology. Elena can be found on Facebook, where she posts various things, including dacha photos with her family and the occasional petition.