Who was ‘Frau Black Death’? 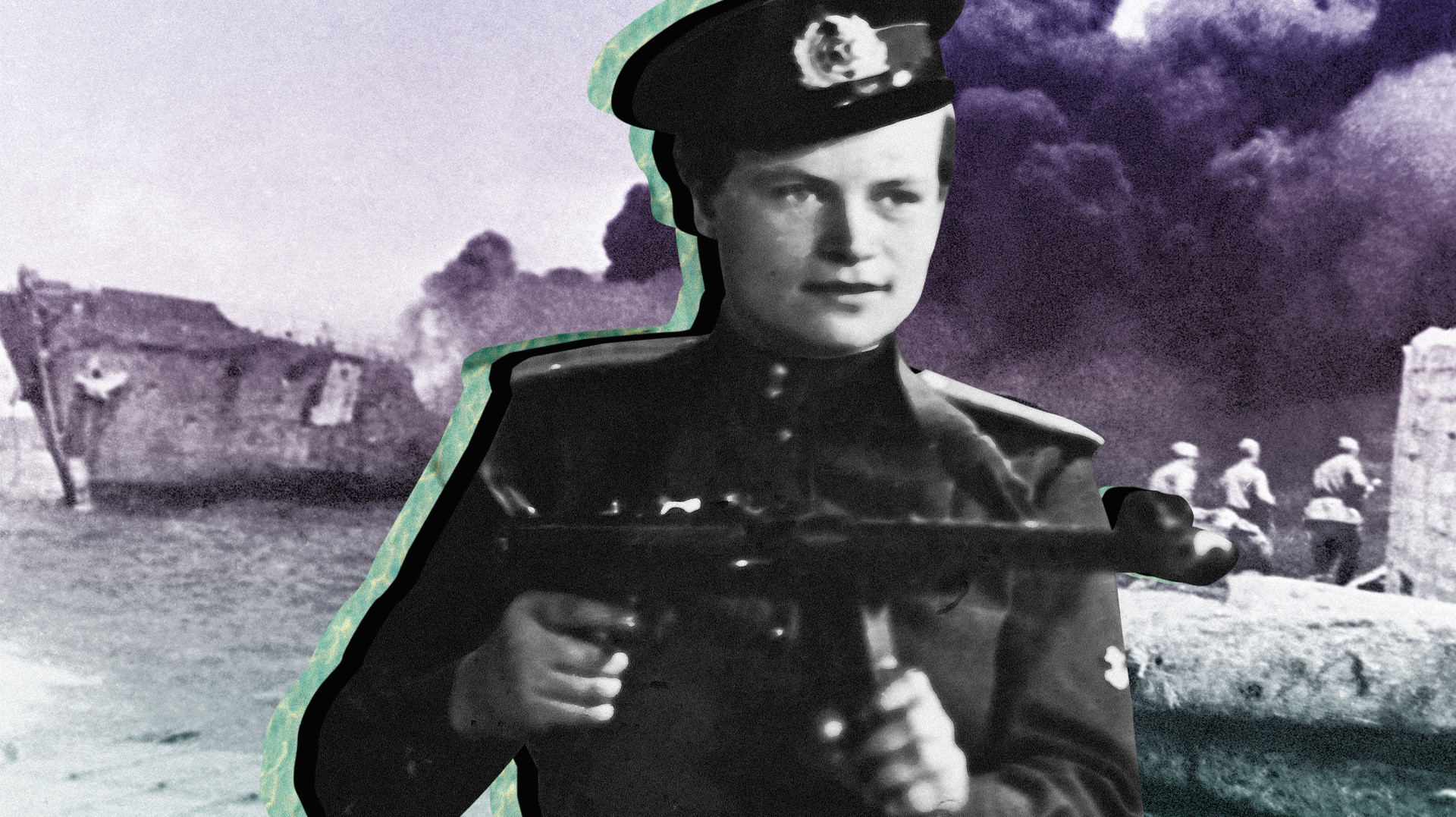 Around a million Soviet women took part in World War II. They served in the rear, transported and tended to soldiers from the battlefield, acted as snipers, bomber pilots and even tank drivers. But only one of them managed to become a commander of an entire marine platoon.

“I wanted to really stick it to the burly men, show them that I could fight no worse - if not better - than them,” Zavaliy remembered many years after the war. However, the war path of the young Ukrainian woman started long before she’d joined the marines. 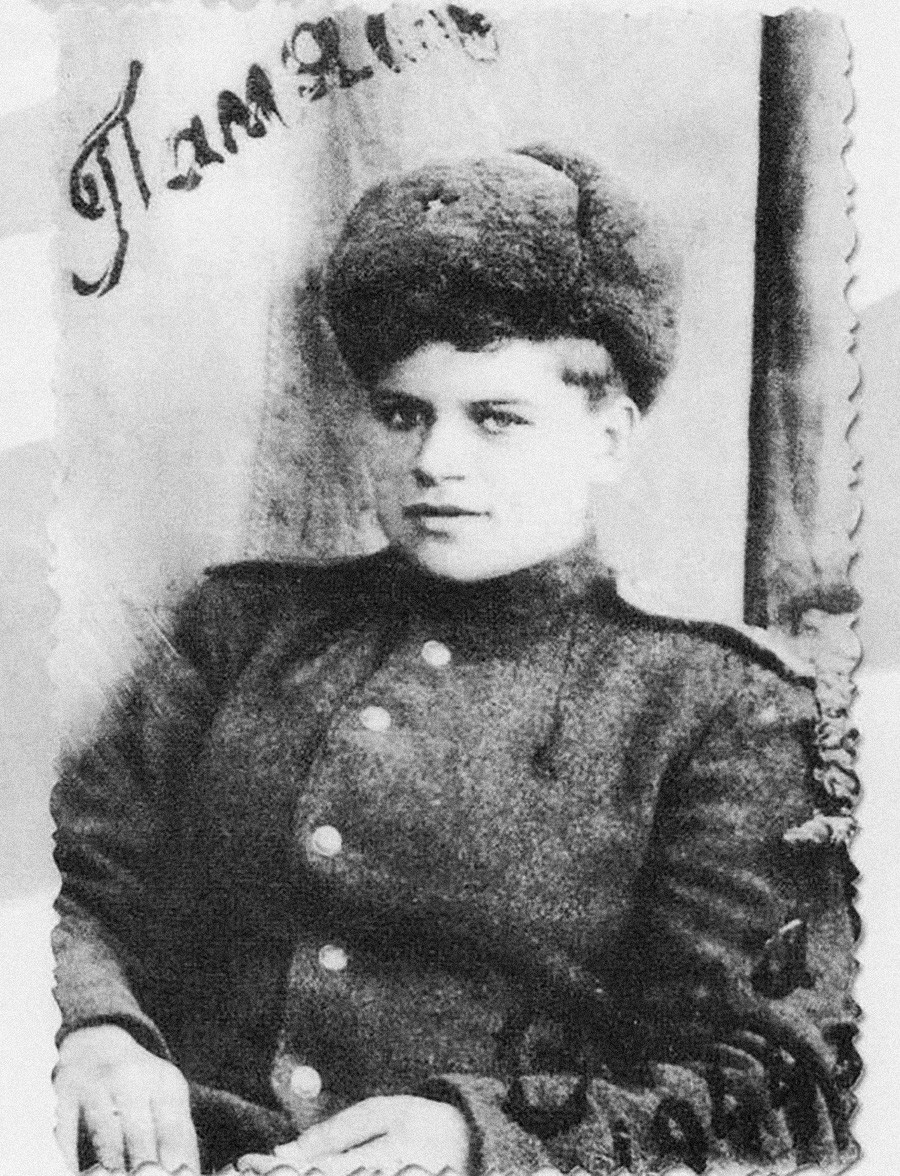 When the war reached the Soviet Union, Evdokiya (or Dusya, as she was amicably known), had only just turned 15. She applied numerous times at the recruitment office, but was denied each time. It was only when the enemy had reached her home village of Novy Bug, Ukraine, that she was taken on by a retreating Red Army detachment.

When she started serving, Zavaliy was a platoon doctor, managing to earn the order of the Red Star for rescuing a wounded commander on the battlefield, as well as for her own very serious wound, which she received during the crossing of the Dnepr. After that, it wasn’t long before fate gave her a shot at radically turning her life around.

One day, her unit received representatives from the Navy, looking to recruit fresh blood for their ranks. They noticed Zavaliy. Cropped hair, wearing a tunic and breeches. Dusya didn’t stand out from the other - male - soldiers. Her papers read ‘Senior Sergeant Zavaliy Evdok’ (it’s how they shortened her name at the hospital), so the Navy officer assumed she was a man by the name of ‘Evdokim’. Zavaliy never corrected him, and a half-hour later was already heading to the North Caucasus to fight as a Marine.

“I’d managed to hold on for about a year. No one had suspected anything,” she recalled. “I was immediately accepted as ‘one of the guys’, and when I later took a German prisoner under Mozdok, they sent me to the intelligence unit, of which I soon became the commander.” 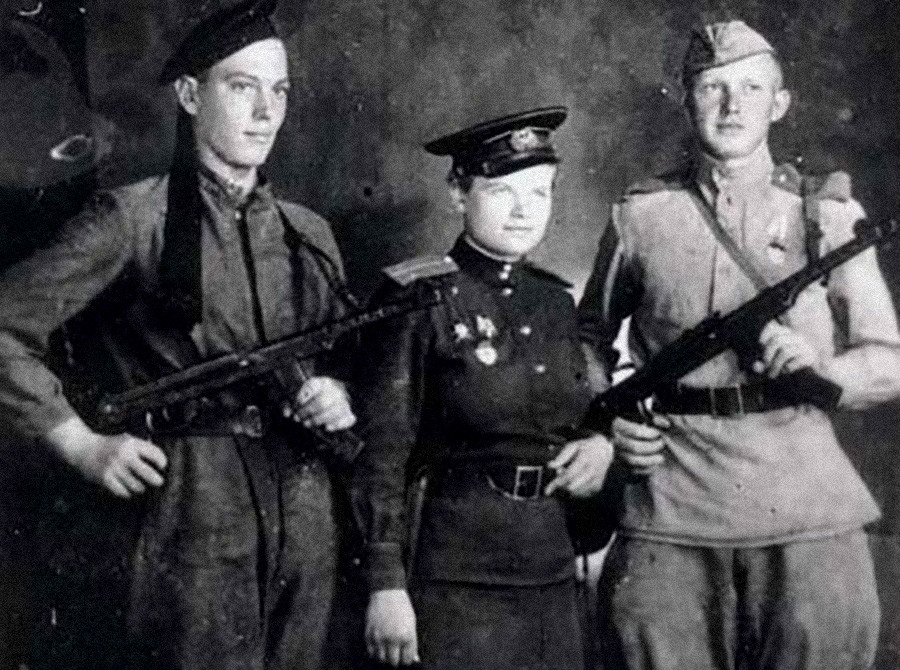 In the course of the fighting at Krymskaya station, in Kuban, the truth of ‘Comrade Evdokim’s’ true identity finally surfaced. When the unit commander died and the forces became somewhat downtrodden, Zavaliy took the initiative into her own hands. She stood at full height, and let out a loud command: “Company! Listen up! Forward - on me!” and started the offensive. A serious wound received in that battle finally lifted the veil on her secret.

Much to Dusya’s own surprise, there were no punitive measures: “No one even let out a squeak.” As ‘Evdokim’ had already managed to earn a solid reputation among the ranks, Evdokiya wasn’t only not sent back to work at the hospital, but was enrolled in a six-month junior Lieutenant program, after her wounds had healed. Upon return home she was proclaimed platoon commander of a machine gun company, part of the 83rd Marine Brigade.

This small and frail woman now stood at the command of 500 tough men, obeying her every order without question. Fighters from other detachments at first treated the whole situation as ironic, but, having seen her display of valor on the battlefield, could not help but begin to respectfully refer to the platoon as ‘Duska’s Guards’.

During the course of the large-scale Kerch-Eltingen operation in Crimea in the fall of 1943, the platoon, under a hail of enemy fire, managed to establish a foothold and ensure a safe landing for the airborne division. This was followed by a heavy, but heroic battle for Sevastopol, Balaklava and Kerch. 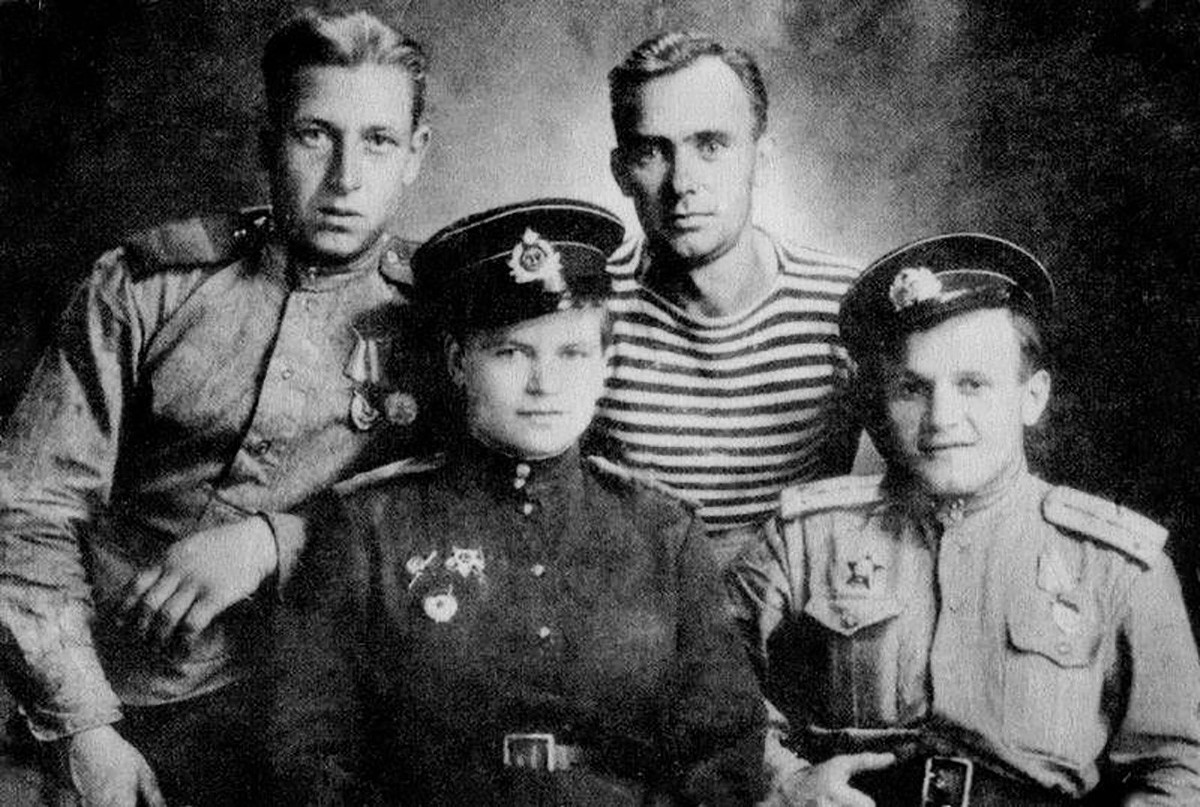 “The platoon under lieutenant Evdokiya Zavaliy was constantly at the leading edge of the fighting brigade, spearheading every marine offensive,” company commander with the 83rd Marine Brigade, Aleksandr Kuzmichev, remembered. “They were sent to especially tough areas.”

Tormented by constant attacks of Evdokiya’s platoon, the Germans dubbed her ‘Frau Black Death’, and her fighters the ‘black commissars’. “The black jackets would always manage to inflict mortal terror on them. With their suddenness, audacity and fearlessness. My guys were real hotshots. But when the ‘fritzes’ discovered that there was a woman in their midst, they, at first, couldn’t believe it, then started to hunt me,” Zavaliy said.

At the Dniester estuary charge near Odessa, in August of 1944, when Zavaliy got separated from her fighter and thrown back by a powerful shockwave, she’d lost consciousness. Having come to, she saw the Germans walking the field and finishing off the wounded Soviet soldiers. “I felt them draw nearer, held my breath, and suddenly felt a sharp pain in my leg. One of the fascists had punctured it with a bayonet to check if I - the “Russische Frau” - was dead. By sheer miracle, I didn’t give myself up, and, at dawn, when our battalions had cleared the western shore of the Dniester estuary of Hitler’s troops, I was found, bleeding to death, by local civilians,” she remembered. The brigade had already thought me dead.

In February 1945, during the battle for Budapest, Evdokiya’s platoon, having traversed the sickening city sewers, captured a German command’s bunker, catching the enemy by surprise. The German general, at first, was offended and in disbelief, when the news was brought to him that the marines were led by a woman. However, having seen Evdokiya, he gifted her his Walther pistol. 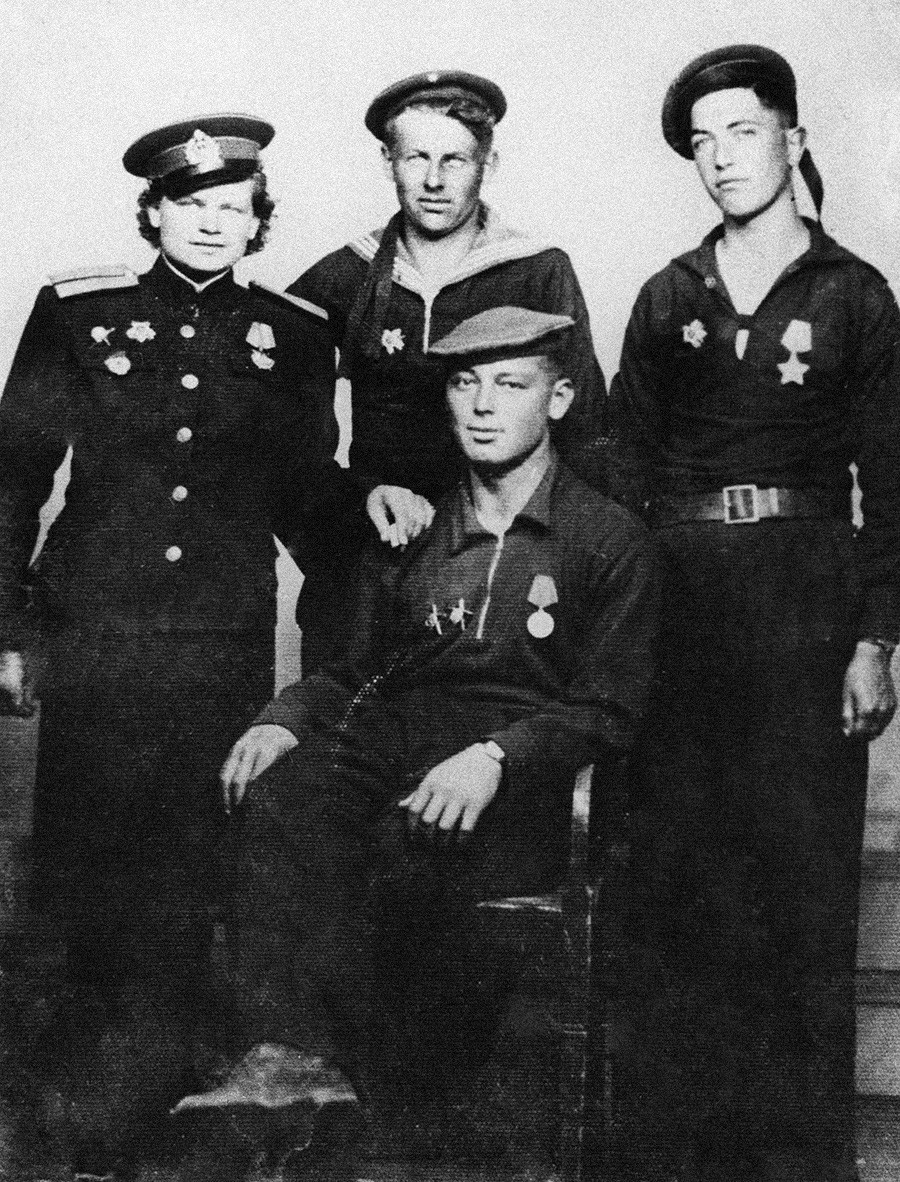 In the course of the battle for the Hungarian capital, one of Zavaliy’s soldiers, Vanya Posevnykh, a newcomer to the platoon, who had once proclaimed - “I really don’t feel like following a chick’s orders!” - ended up saving her life by shielding her from a sniper bullet with his own chest.

A woman at war

Evdokiya Zavaliy rejected with indignation any notion of an ordinary life during the war: “Had there been any thought of that during the fighting - that’s it: no more platoon and commander. I was a man to them. And there wasn’t any time for romantic flings anyway, for us, marines.”

Nevertheless, she had remained chaste, a young lady - but one that had already shouldered responsibility for dozens of lives. “I hid my tears under the tent-raincoat, lest anyone see a sign of weakness,” she recalled. “...I simply didn’t have the right to be weak, to fear. But fear I did… rats. Couldn’t do anything about it. Rats terrified me more than the Germans - hungry, attacking the face at night, biting the feet.”

A Cavalier of four battle orders and tens of medals, Evdokiya became an honorary citizen of eight European cities. Having suffered four wounds and two contusions, she refused to continue her military career, and demobilized in 1947. “After the war, I was still ‘mounting offensives’ for a long time. I used to scream so loudly, it would frighten the neighbors.” 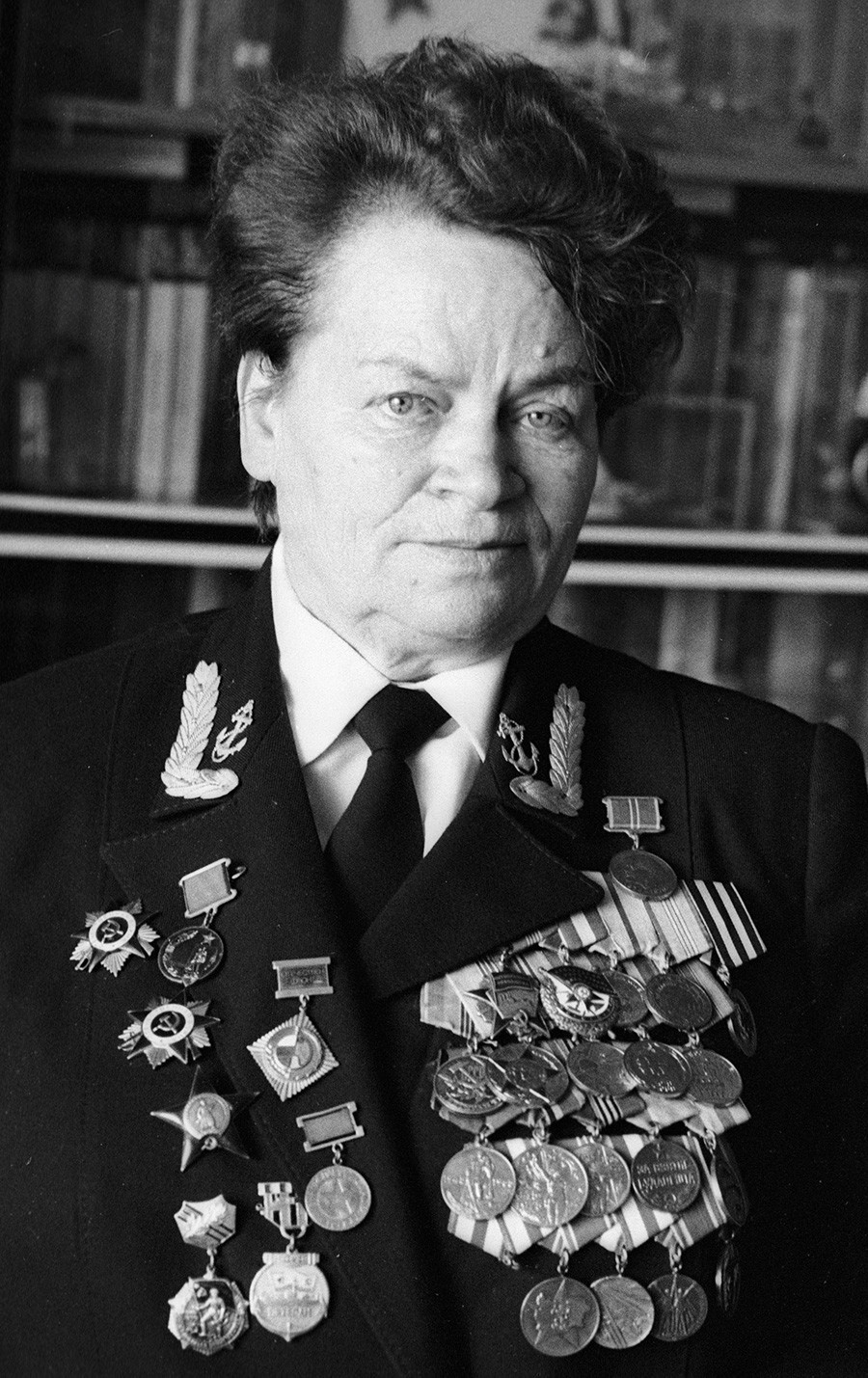 Evdokiya Zavaliy passed away on May 5, 2010, at the age of 85, just a few days short of the 65th anniversary of the victory. She was the last remaining survivor of her machine-gun platoon of the 83rd Marine Brigade.