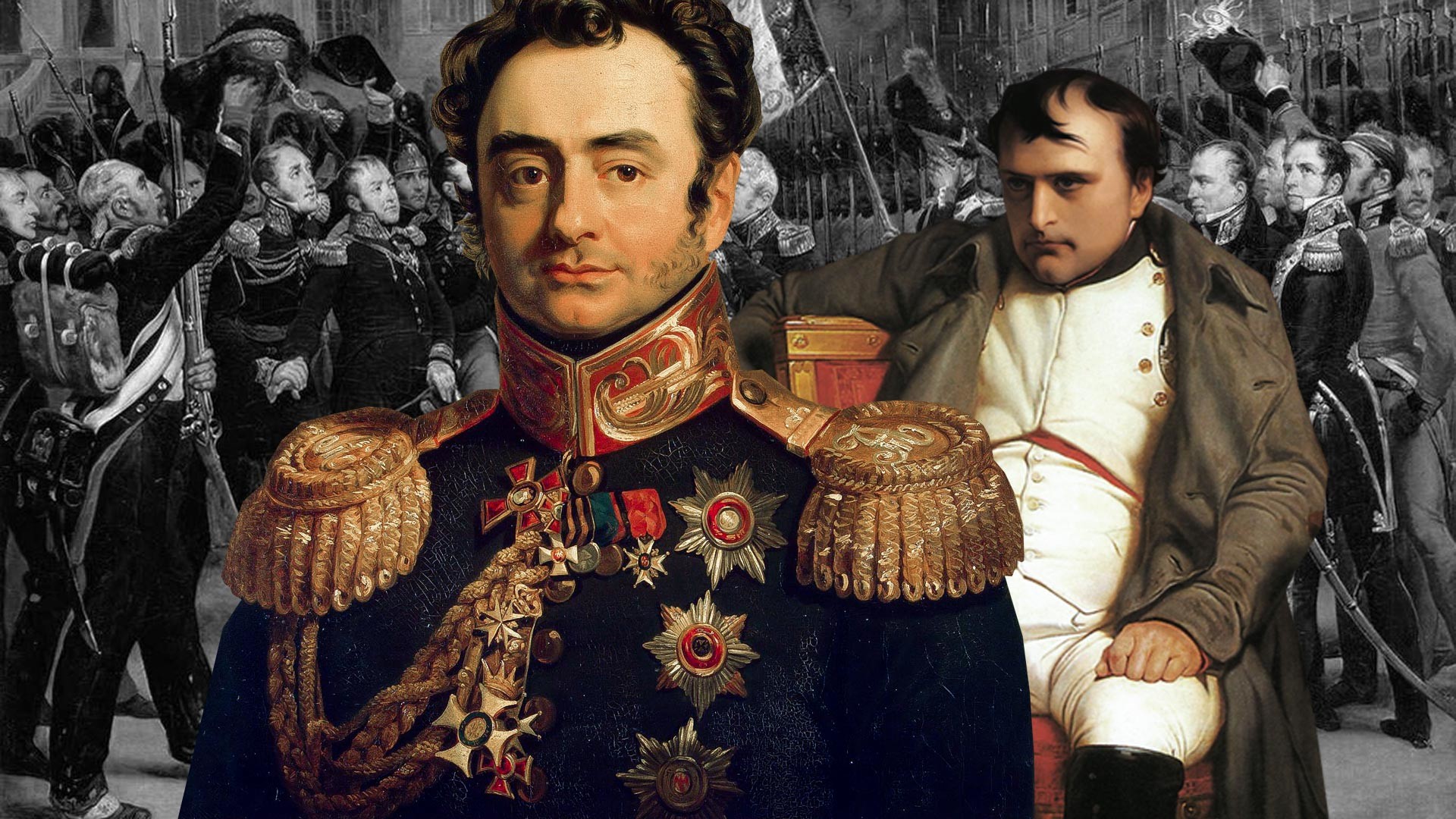 Antoine Alphonse Montfort/Palace of Versailles; George Dawe/ Hermitage Museum; Paul Delaroche
Had it not been for Count Pavel Shuvalov, both Napoleon’s famous ‘Hundred Days’ and the Battle of Waterloo could have been prevented.

In the spring of 1814, the French Empire came to its end: Coalition Forces took Paris, Napoleon abdicated and the Bourbons were back on the French throne. As a sign of respect for the man who had once held sway over all of Europe, the allies let Bonaparte keep the title of emperor. But the only place left for him to rule was on the small Mediterranean Island of Elba.

At the end of April, after saying goodbye to the soldiers of his Old Guard at the Palace of Fontainebleau, Napoleon went into exile. His route passed through the whole of France to the port of Fréjus, where a ship was waiting to take him to Elba.

The ousted emperor travelled in a modest manner, in a simple carriage, accompanied by a small armed guard and several commissioners specially assigned to him by the Allies. Tsar Alexander I dispatched Lieutenant-General Pavel Shuvalov to accompany Bonaparte. It was to Shuvalov that Napoleon would owe his life. 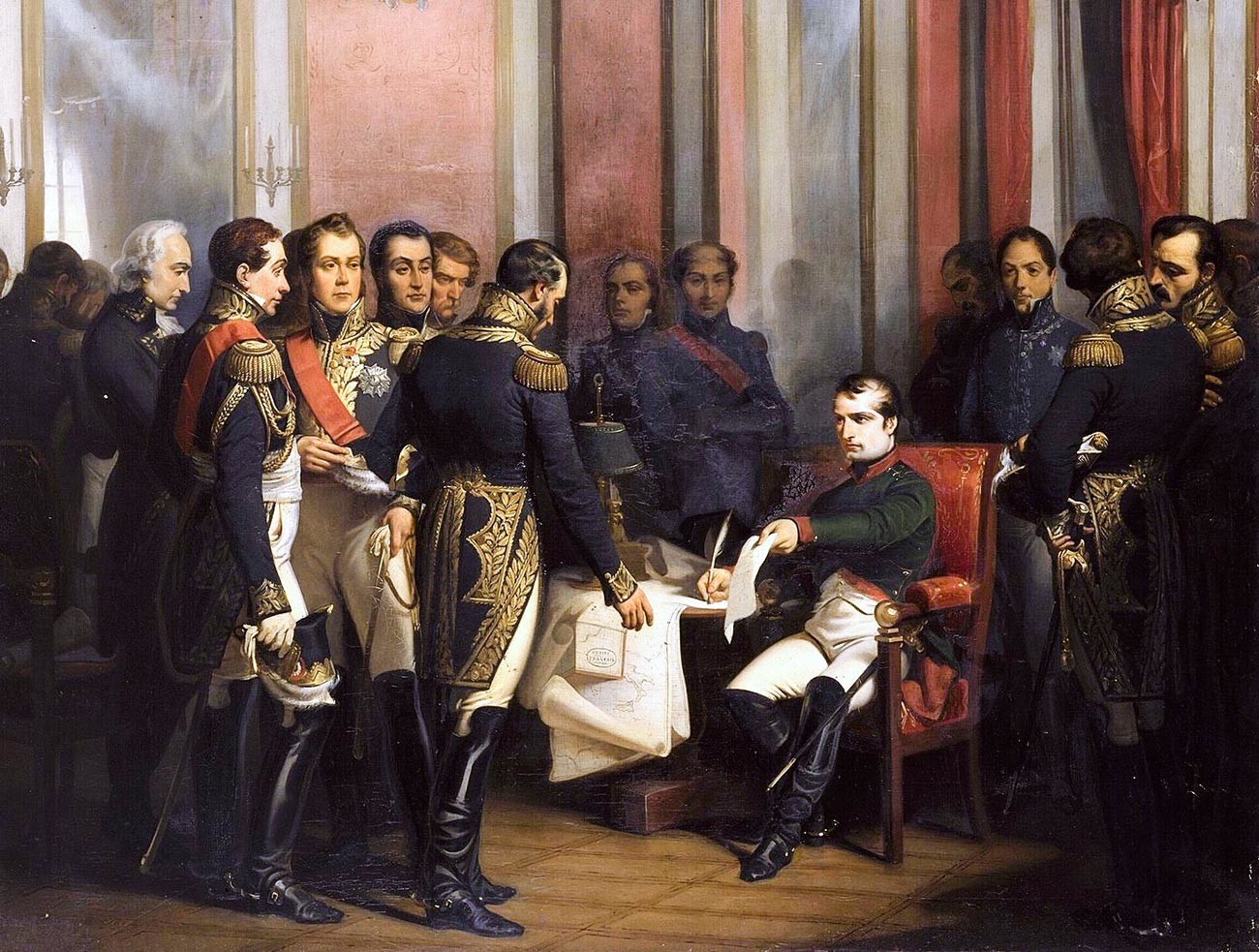 François Bouchot. The Abdication of Napoleon at Fontainebleau on 11 April 1814.

François Bouchot/Museum of the History of France

When Napoleon’s Grande Armée invaded the borders of the Russian Empire, Count Shuvalov commanded the 4th Infantry Corps. But he almost immediately fell seriously ill and was forced to pass his command to someone else.

Shuvalov returned to duty in 1813, when Russian troops marched across Europe, slowly pushing the French towards Paris. The Count accompanied Emperor Alexander I on all the battlefields and for his role in the Battle of the Nations near Leipzig he was awarded the Order of Saint Alexander Nevsky.

Much later, in April 1814, Napoleon met Shuvalov at the Palace of Fontainebleau and asked what medal the Russian general was wearing on his chest. When Bonaparte learnt that it was a medal “In Memory of the Happy Outcome of the War of 1812”, he fell silent and for several days didn’t exchange a word with his travelling companion as a mark of his disdain. However, the former emperor would shortly have to completely change his opinion of the Russian. 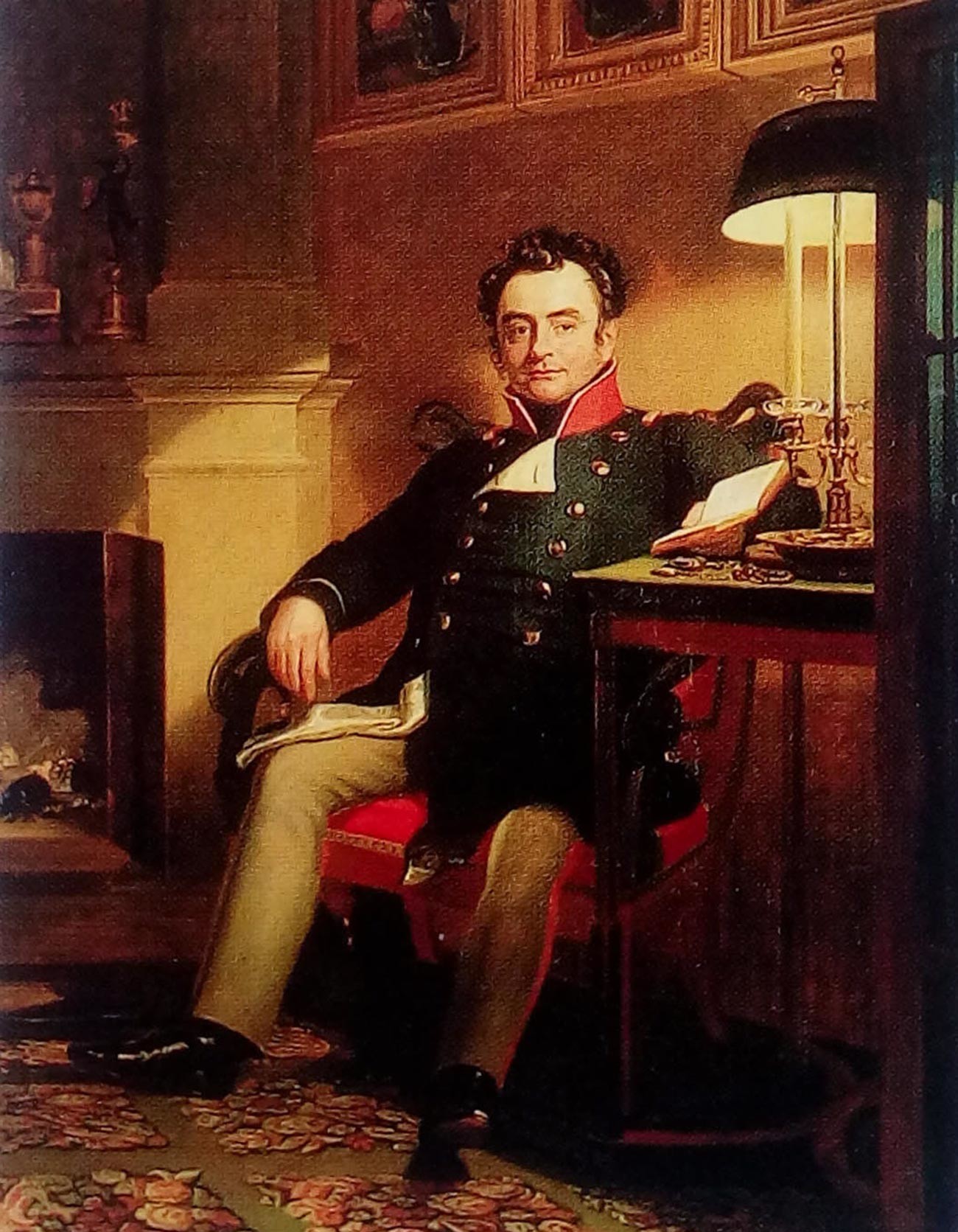 A brush with death

At first, crowds greeted Napoleon’s convoy of carriages with elation, shouting “Vive l’Empereur!” But as it proceeded south, admiration gave way to silence and, then, undisguised hostility.

In Provence, crowds were already yelling abuse and showering curses on Napoleon. He remained calm, pretending none of it concerned him.

The real danger awaited Napoleon in the town of Orgon, south of Avignon. On the route of the convoy, a mob had erected a gallows with a stuffed effigy of Napoleon swaying from it. People rushed up to the closed carriage, trying to pull the deposed emperor out in order to kill him. Royalists interested in preventing the “Corsican Monster” from reaching his destination may have been partly responsible for fomenting the anger. 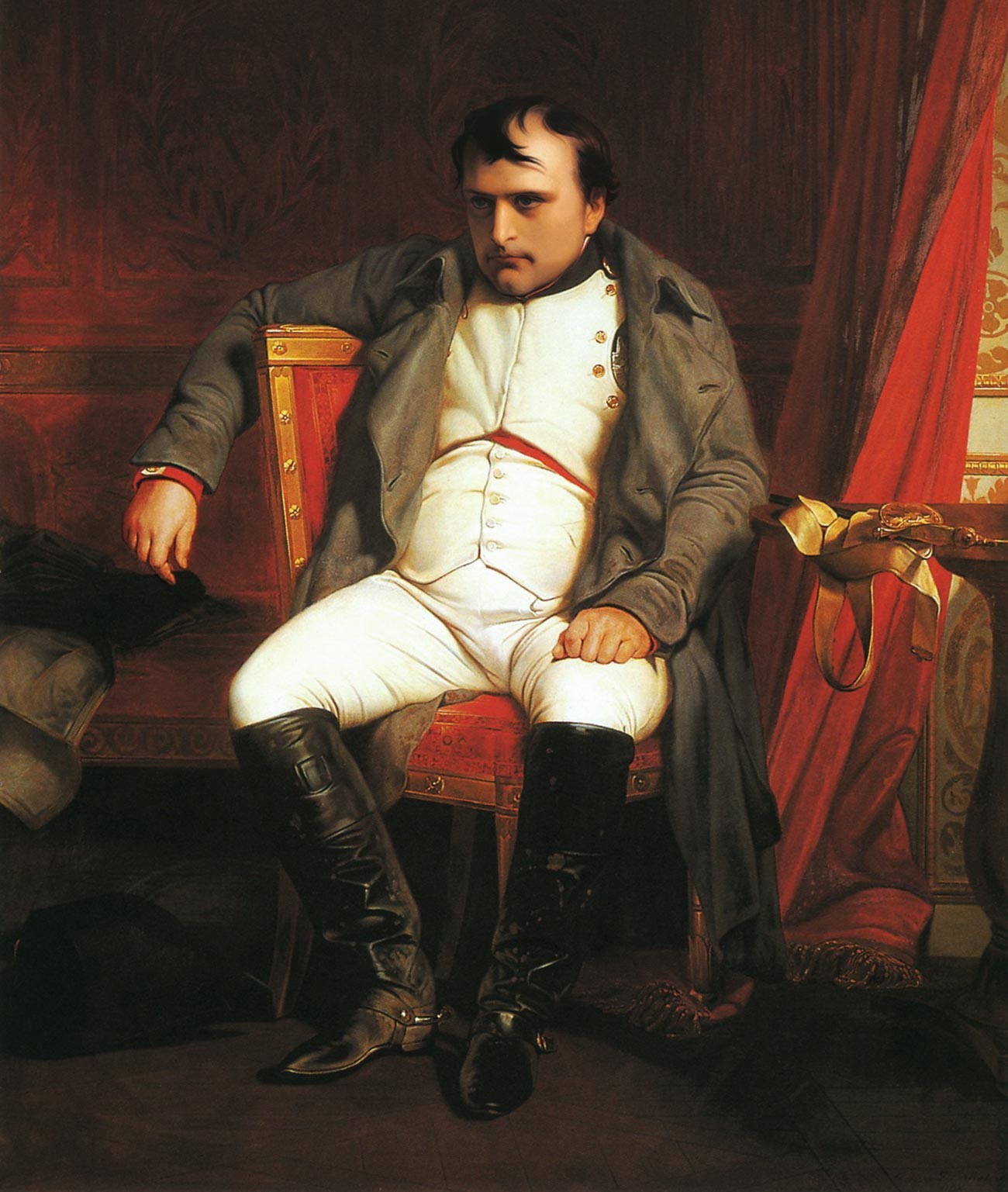 After overpowering the small armed escort and the Allied commissioners, the mob closed in on its target, but Count Shuvalov intervened in the nick of time. He was the only one to have withstood the onslaught of the crowd and then, using his fists and haranguing the townspeople, he managed to push them back. Having gained precious moments, he gave a signal to the coachman of the ex-emperor's carriage to ride out of Orgon as quickly as possible.

Having failed to get their hands on Bonaparte, the mob was ready to tear Shuvalov himself to pieces. But when the people learned that a Russian general was before them, anger gave way to joyful exclamations of “Long Live Our Liberators!”

Soon afterwards, having caught up with Napoleon’s convoy, Shuvalov offered to exchange overcoats and switch to Napoleon’s carriage. This way, the Russian general explained, any attacker would kill him and not Bonaparte. When the astonished ruler of the Island of Elba asked why he wanted to do so, he received the following reply: “My Emperor Alexander ordered me to deliver you to your place of exile alive and well. I consider myself honour bound to fulfil the order of my Emperor.”

The subterfuge worked, and several days later, Bonaparte, safe and sound, boarded the British frigate HMS ‘Undaunted’, which was to take him to the island in the Mediterranean. Prior to departure, Napoleon presented the Count with his saber in gratitude for saving his life.

For 15 years, Bonaparte had never parted with the magnificent saber of Damascus steel, which had been presented to him “For the Egyptian Expedition”, when he had still been First Consul of the Republic. The fact he gave it to the Russian Count was a gesture of true gratitude on the part of the former Emperor of the French. 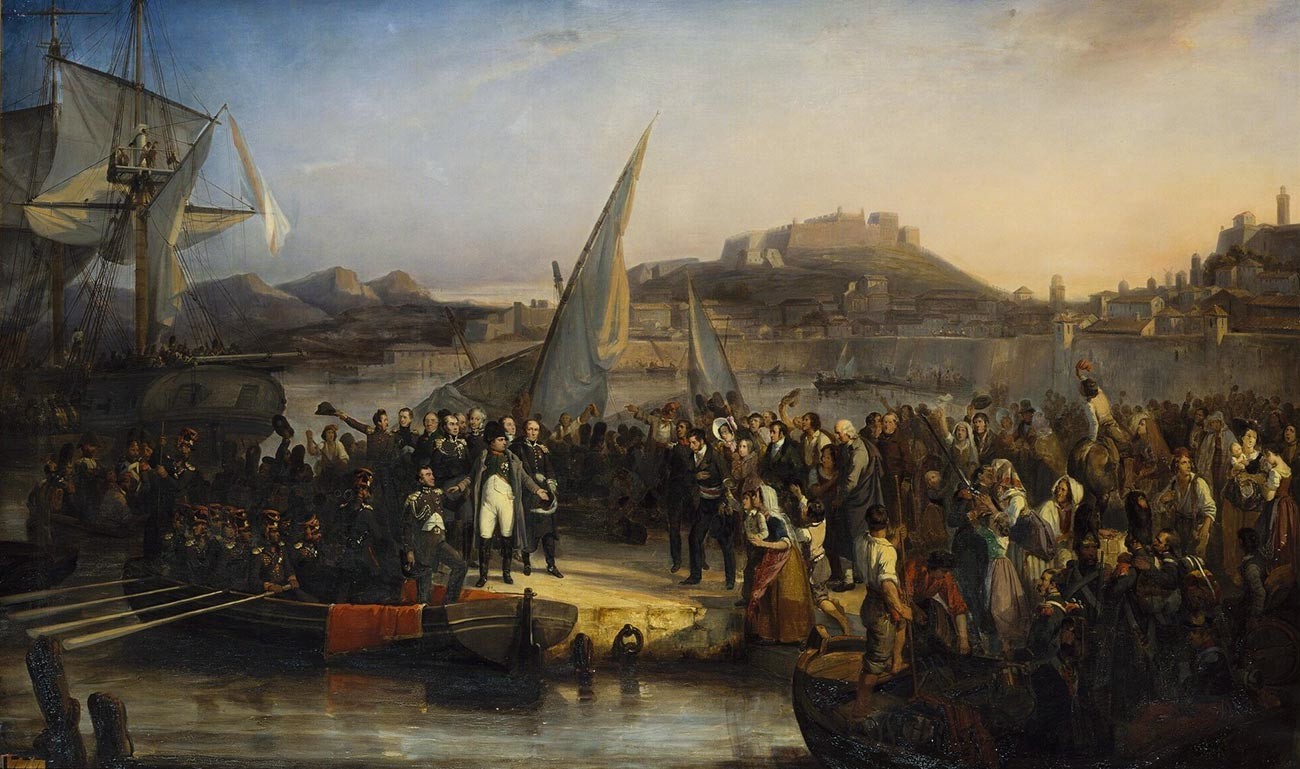 Less than a year later, Napoleon Bonaparte would return to France in order to triumphantly retake power and stir up the whole of Europe for another three months. And the fact that things turned out that way at all was not least due to the role played by one Russian general in 1814.