So, was Finland ever a part of Russia? 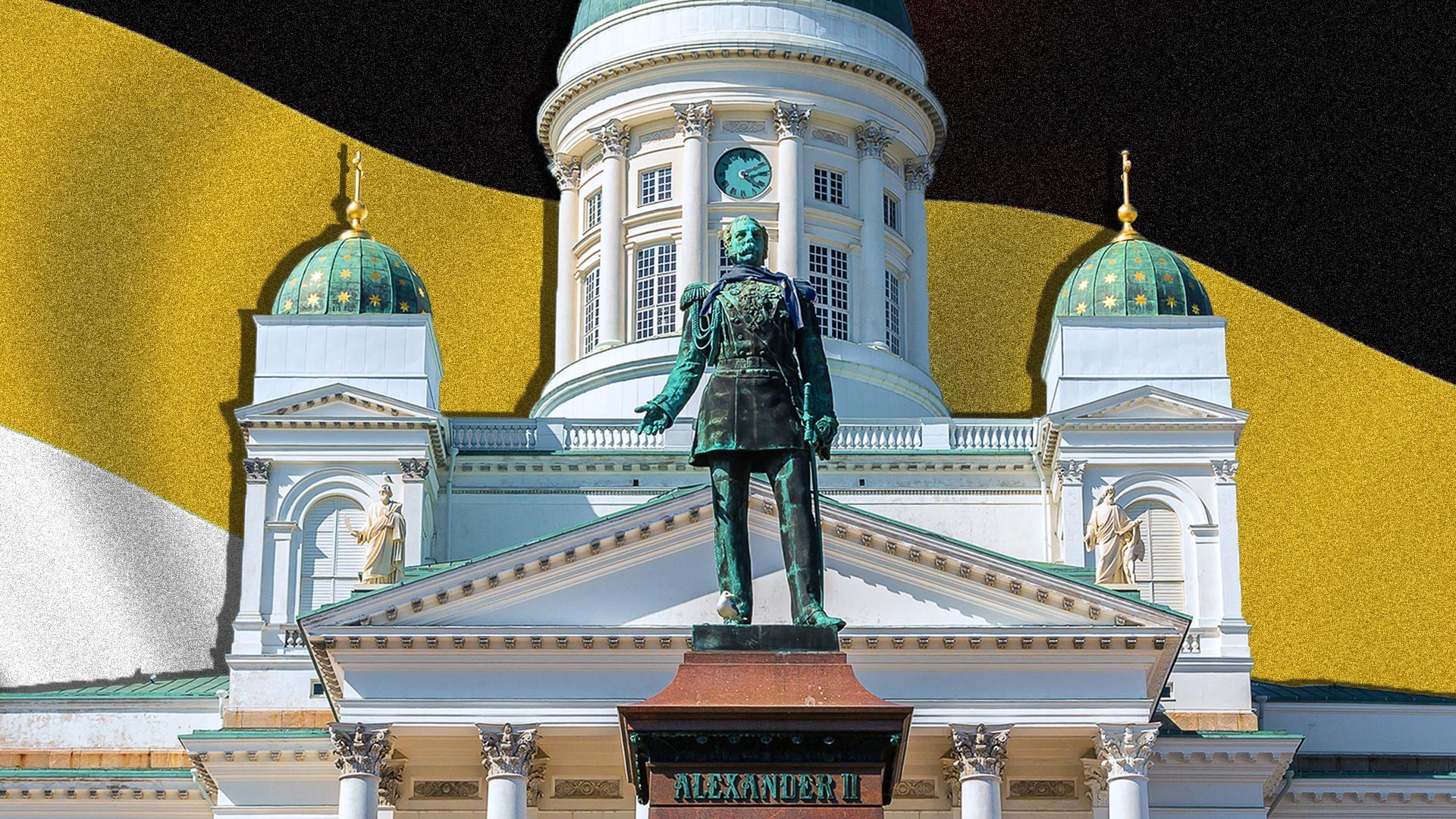 Legion media; Russia Beyond
Through the centuries, Russians and Finns fought many frantic battles, but also shared mutual peaceful times. Today, Finland is considered one of the best neighbors Russia has.

Before Finland fell under Russian rule in 1809, it had been a part of Sweden for over six centuries. While European knights were fighting for liberation of the Holy Land in the Middle East, Swedish crusaders chose another direction for their expansion. Three major crusades were undertaken by the Swedish crown in the 12th and 13th centuries, which resulted in the subjugation of lands of Finnish tribes.

Finland's coat of arms from 1633, under Swedish Empire and a map of Sweden and Finland, made in Stockholm, Sweden, 1747.

Here Sweden encountered another great adversary - the Novgorod Republic, who had its own interests in the region. Numerous battles between two sides followed, but Stockholm managed to keep the Finnish territory as its own. It turned out it wasn’t Russia’s time to annex Finland then. 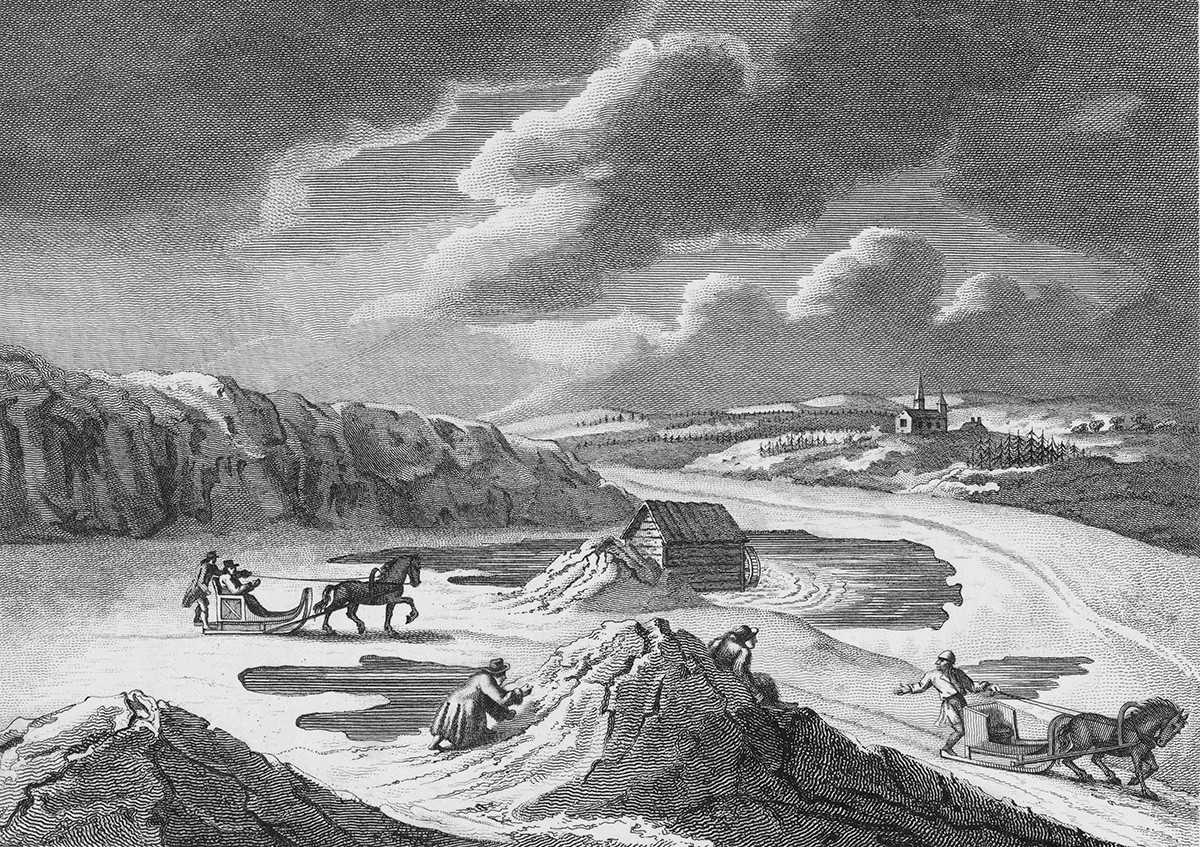 Engraving by J Bye from Travels through Sweden, Finland and Lapland to the North Cape, in the years 1798 and 1799 by Giuseppe Acerbi, (London, 1802).

During the Great Northern War (1700-1721) huge parts of Finland were occupied by Russian troops. As a result of the conflict, Sweden lost its status as a superpower, along with vast lands in the eastern Baltics. However, the Swedes again managed to keep Finland, except for some parts in Karelia.

The storm of Swedish fortress Noteburg in October, 1702, by Russian troops. The Russian Tsar Peter I is shown in the center. Alexander von Kotzebue.

The Finnish War (1808-1809), known in Sweden as “the greatest national catastrophe in the long history of the Swedish state”, resulted in the country losing Finland to the Russian Empire. It was essentially the loss of a third part of its territory and a quarter of its entire population. 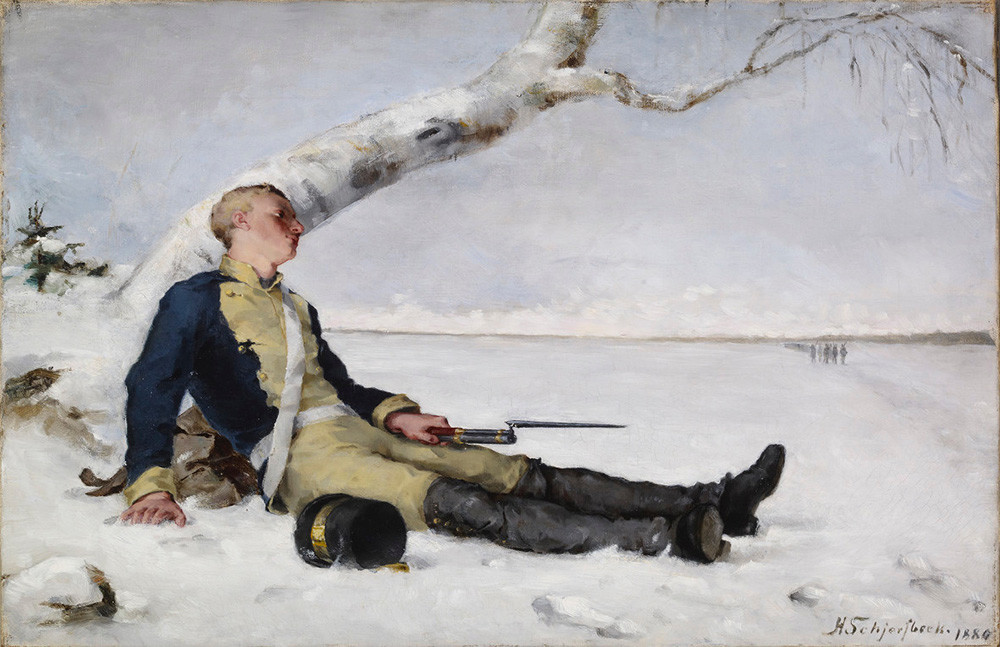 Wounded Warrior in the Snow by Helene Schjerfbeck.

Russian Emperor Alexander I suddenly had a huge unknown region with an alien protestant population under his rule. He didn’t forget how effective and furious the Finns had led the partisan war during the conflict and decided to carefully integrate Finland into Russia. At the Diet in Porvoo in spring-summer of 1809, the autonomous Grand Principality of Finland was proclaimed. The Finns had never enjoyed such status under Swedish rule. Finnish Estates were allowed to keep their religion and their rights. The Swedish Instrument of Government from 1772 (constitution) was then confirmed as the constitution of Finland. 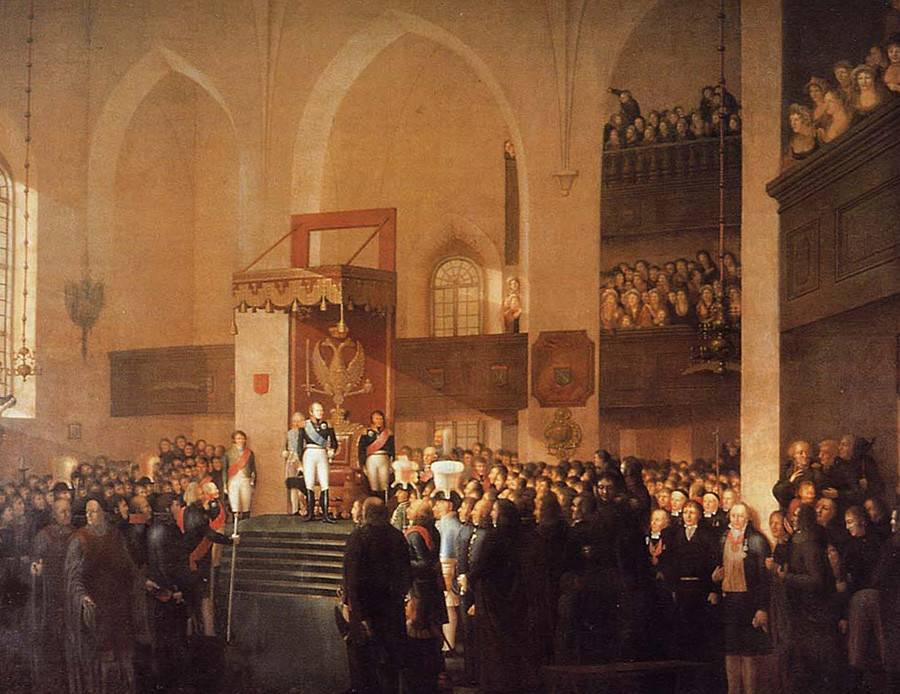 Tsar Alexander I opens the Diet of Porvoo 1809 by Emanuel Thelning.

In 1811, Alexander I gave Finland the territory of the Vyborg Governorate, located on the Karelian Isthmus. With this, a time bomb was laid, which exploded over a century later, leading to several brutal Soviet-Finnish conflicts. 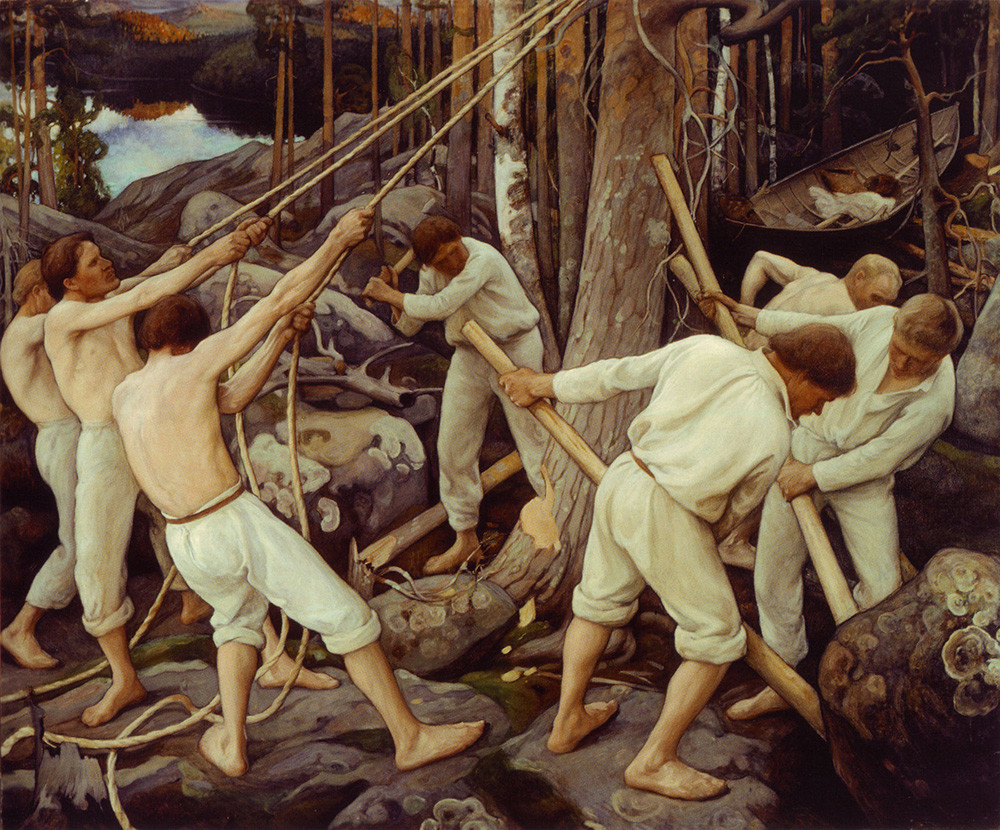 Pioneers in Karelia by Pekka Halonen, 1900.

The following year, the capital of the Grand Principality was moved from the most important Finnish city of Åbo (Turku) to Helsinki. It was closer to St. Petersburg and was therefore less under Swedish influence. 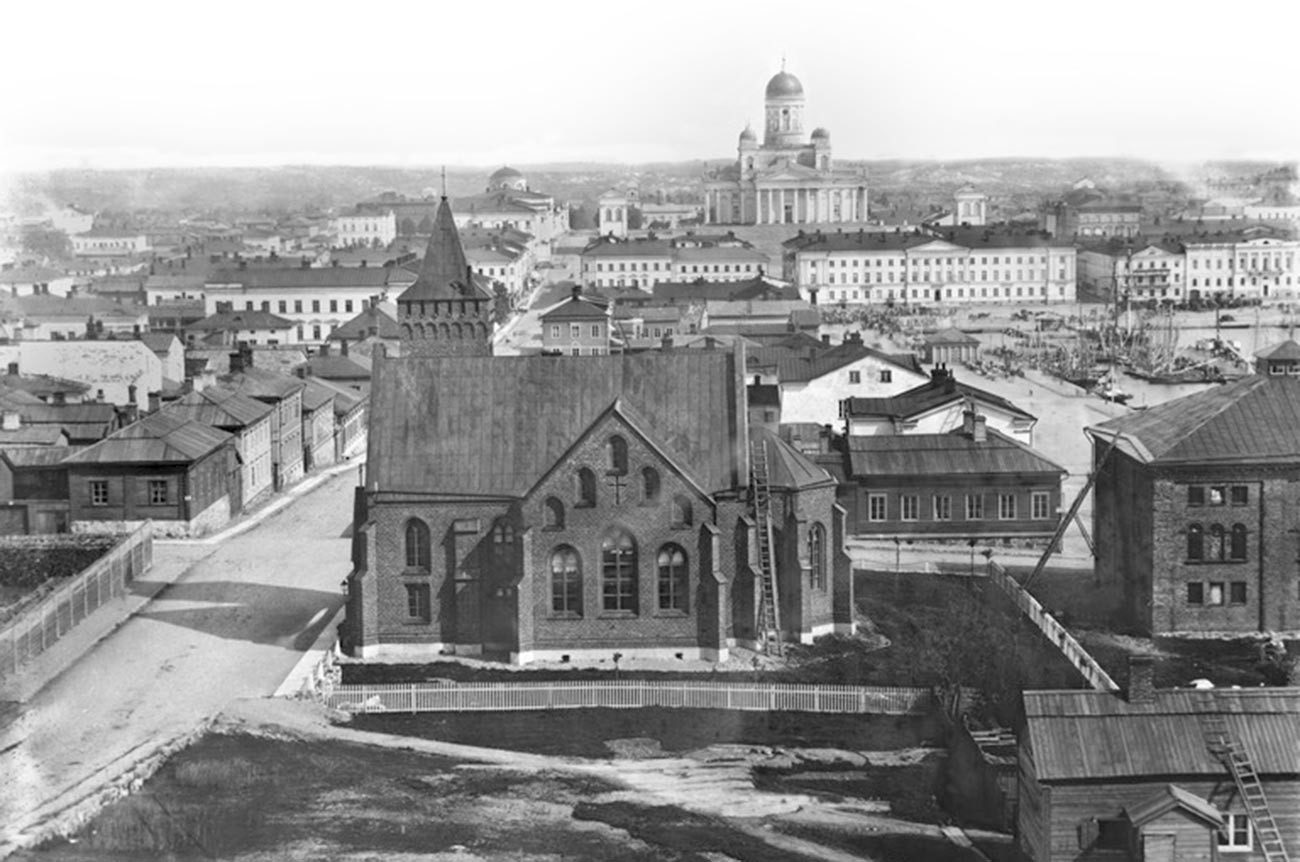 In the second half of the 19th century, the Finnish Grand Principality was granted important privileges, such as its own monetary system (the Finnish markka) and its own army. However, soon Russia’s state politics towards the Finns changed completely: major russification processes were initiated, power of local authorities were significantly limited and, in 1901, the Finnish army was disbanded and included in the armed forces of the Empire. 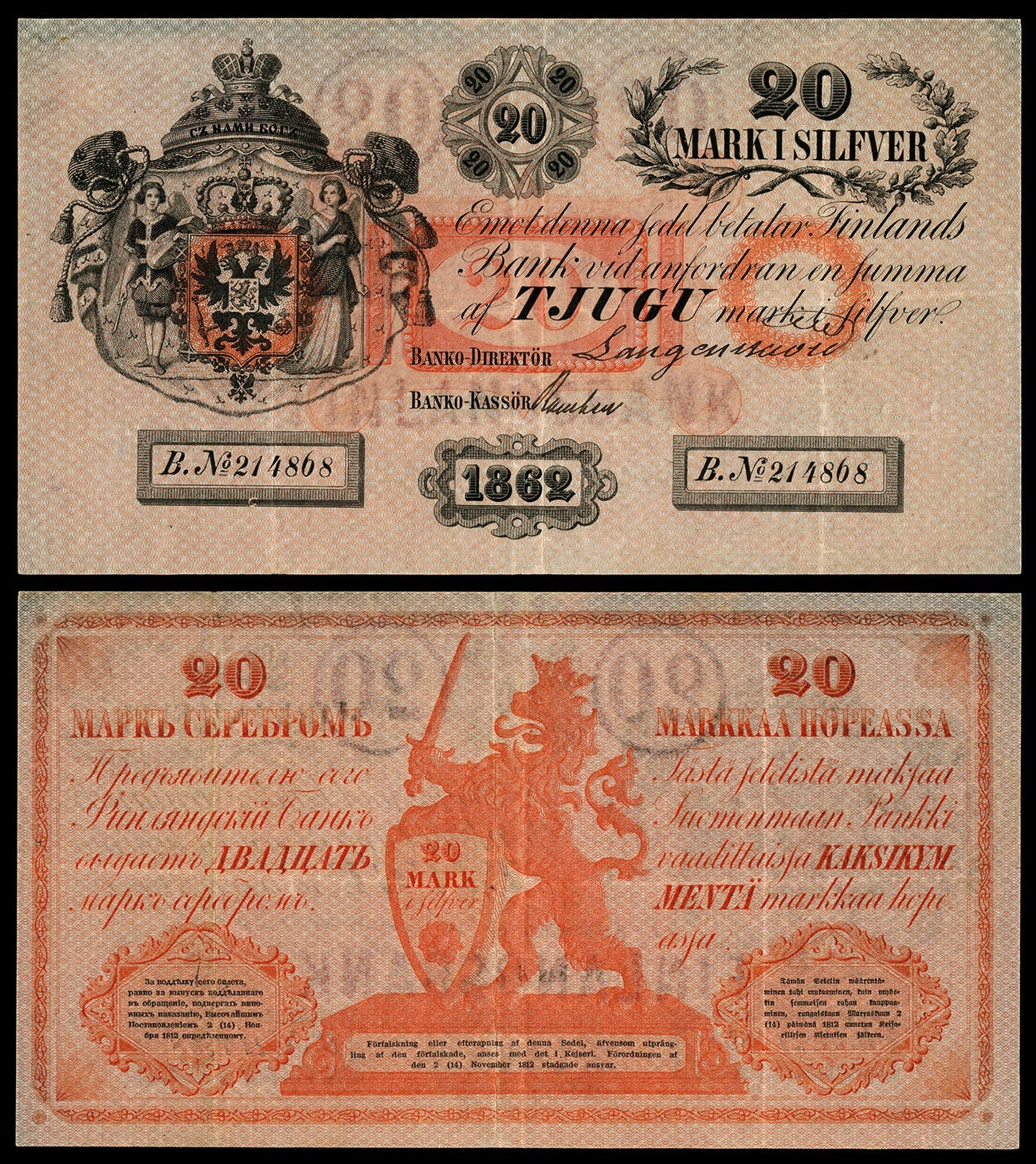 Finnish dissatisfaction with these processes led to the Finns joining the 1905-1907 First Russian Revolution, and the Emperor Nicholas II was forced to make concessions. In 1906, Finland became the first country in Europe where women were granted a right to vote and be elected to the newly formed parliament. At world sporting events, Finland participated independently from Russia, under its own flag. 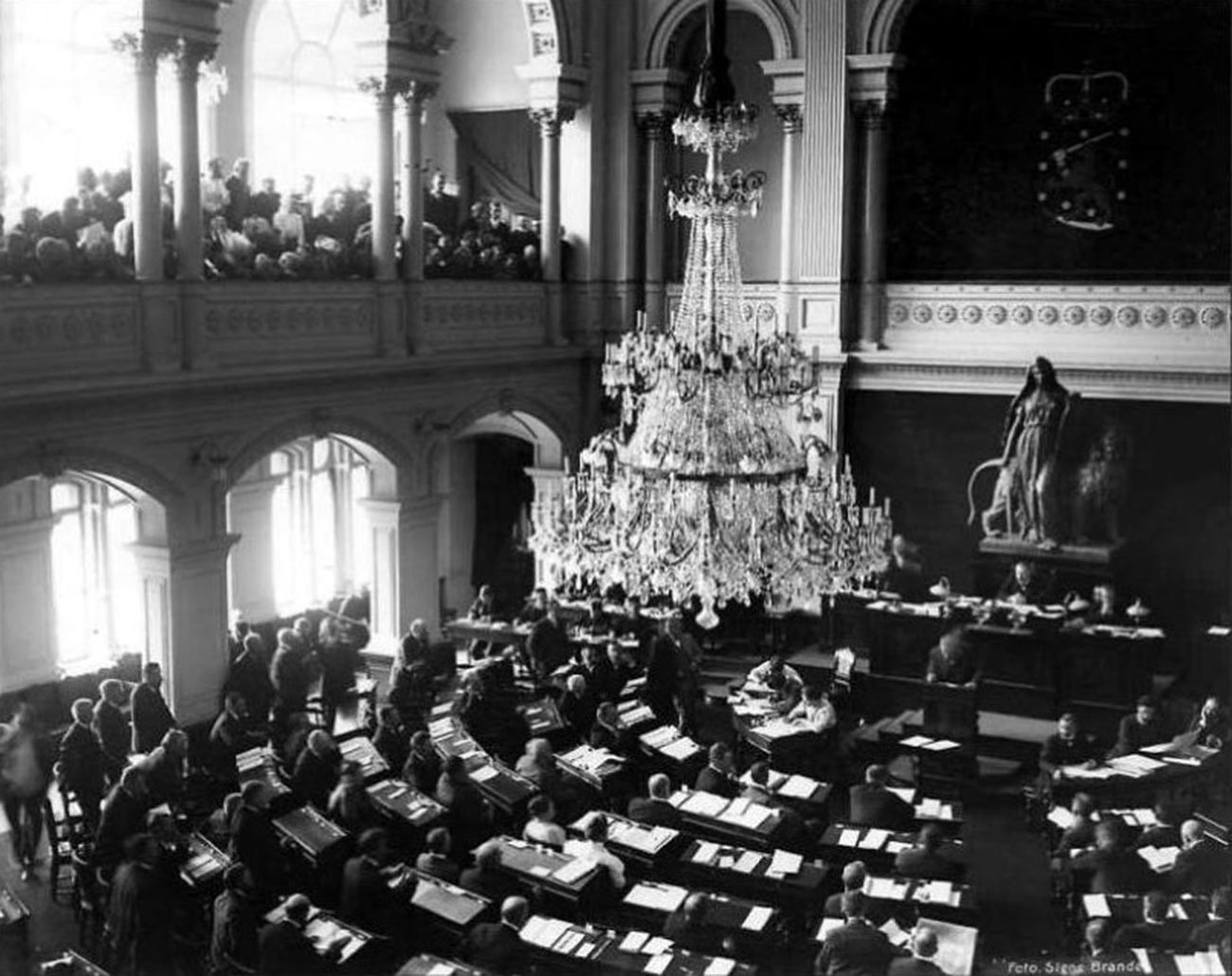 Parliament of Finland, The first session in 1907.

Shortly after the Bolshevik revolution in Russia, the Finnish parliament proclaimed independence and it was Lenin’s government that first recognized it. It didn’t prevent the countries, however, from a soon-to-come conflict. The White Finns’ victory over the Red Finns (supported by Soviet Russia) in the Finnish Civil War finally separated two states from each other. 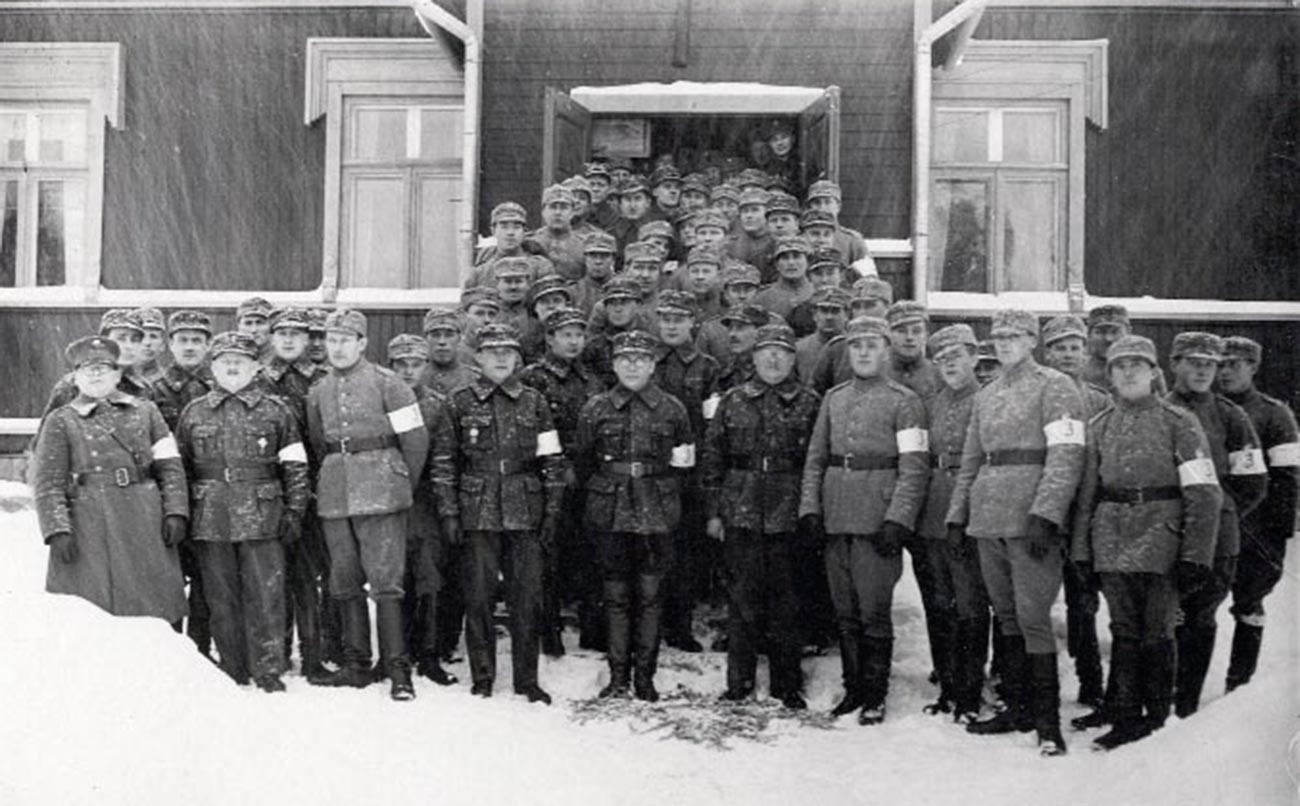 The last major conflict between two countries occurred during World War II, and it was Emperor Alexander’s present to Finns that backfired on them. The reason for war was the Karelian Isthmus with Vyborg, a key defense point of Leningrad (now St. Petersburg). After the USSR took it during the Winter War, Finland allied with Hitler to try and reclaim it, but failed. During the post-war period, the leadership of both countries decided to overcome past grievances and develop a new cooperation. As a result, Finland became one of the best and friendliest neighbours for the Soviet Union (and later Russia). 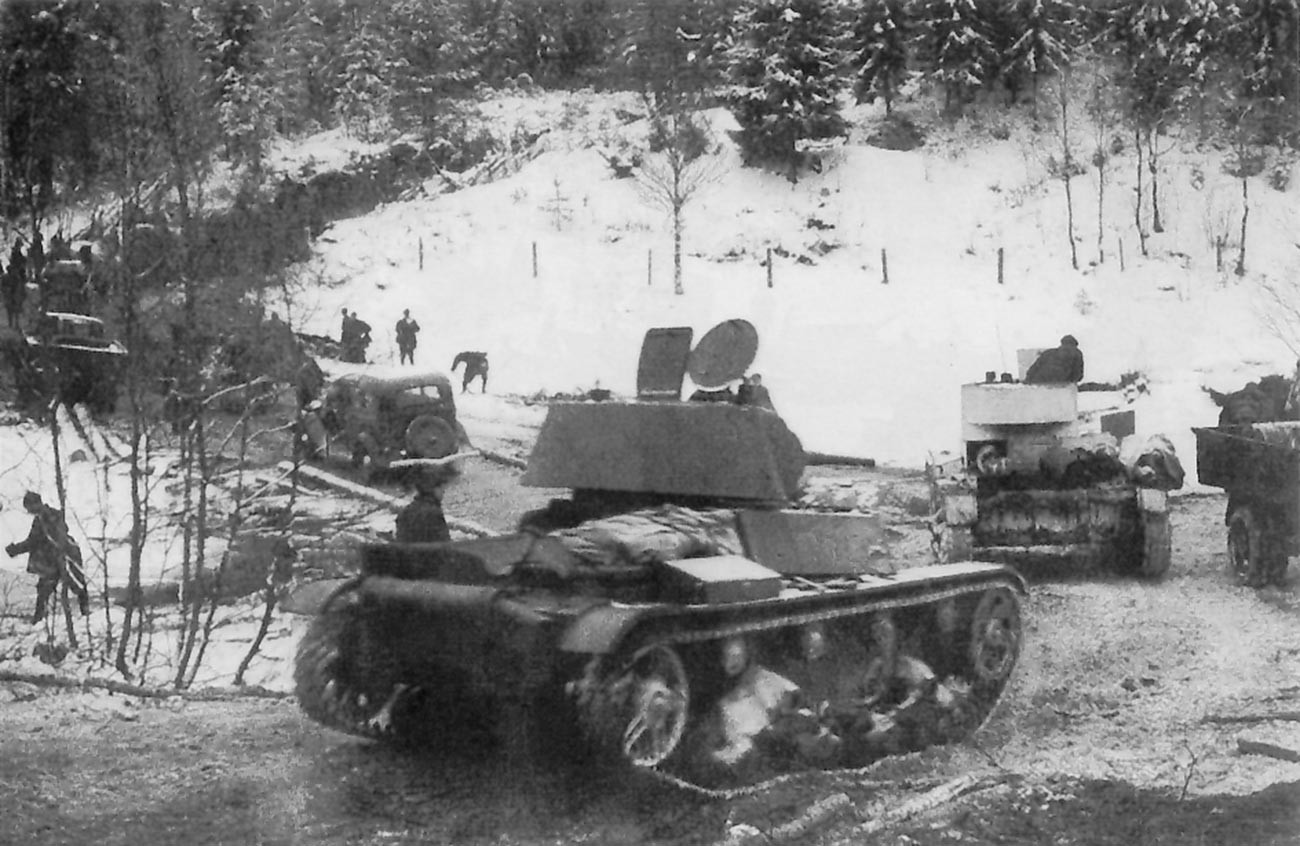 Soviet T-26 light tanks and GAZ-A trucks of the Soviet 7th Army during its advance on the Karelian Isthmus, December 2, 1939.