The most HEROIC fortress in Russian history (PHOTOS) 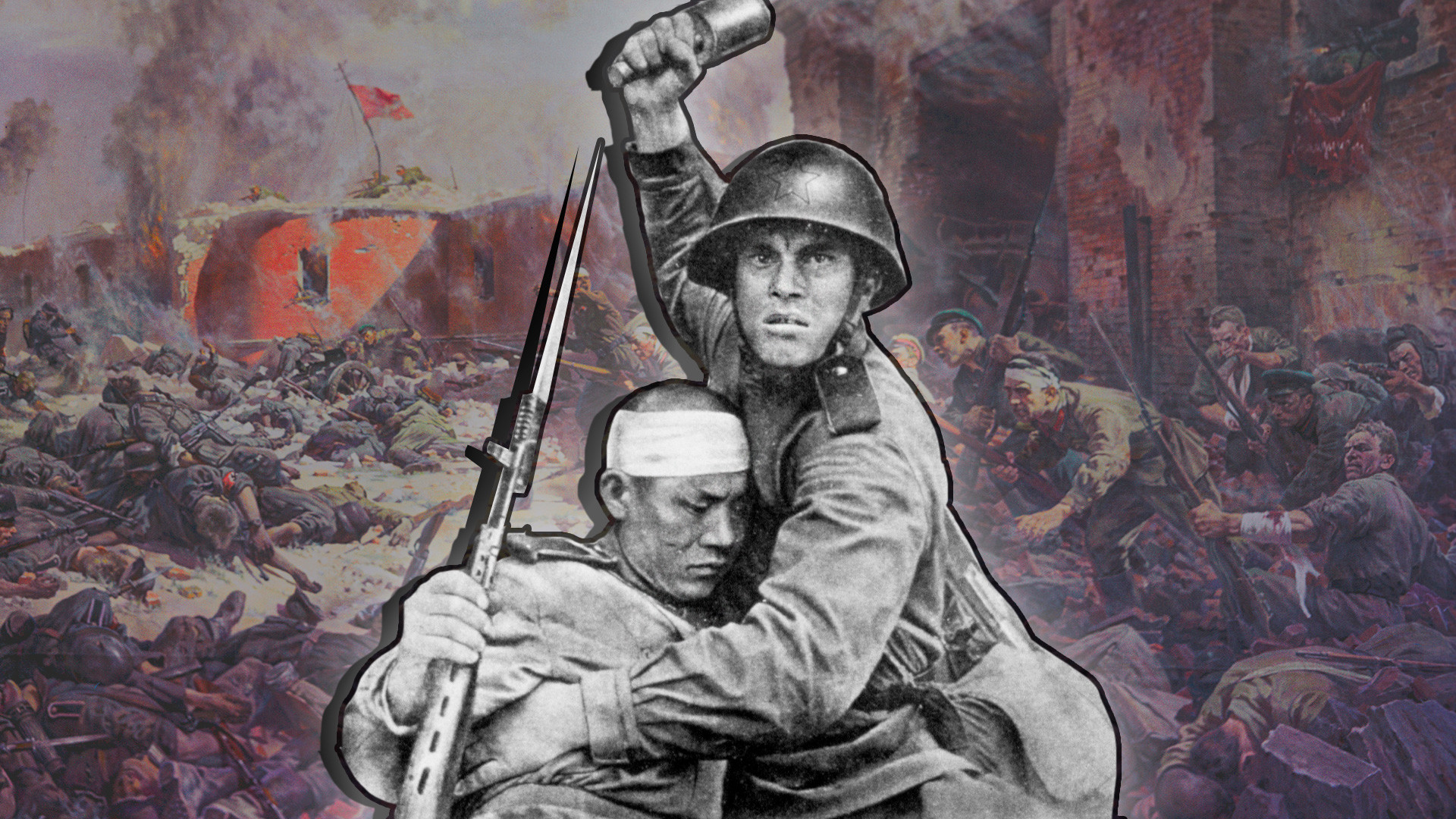 Getty Images, O. Ignatovich/Sputnik
The defense of the Brest Fortress became one of the most glorious pages in the history of the Red Army. However, it was only years later that the rest of the Soviet Union learnt about it.

The Brest Fortress on the western border of Soviet Belorussia was the first to receive the blow of the German Army on June 22, 1941. It also became the first unpleasant surprise for the enemy, who realized that their invasion of the USSR would not be a walk in the park. 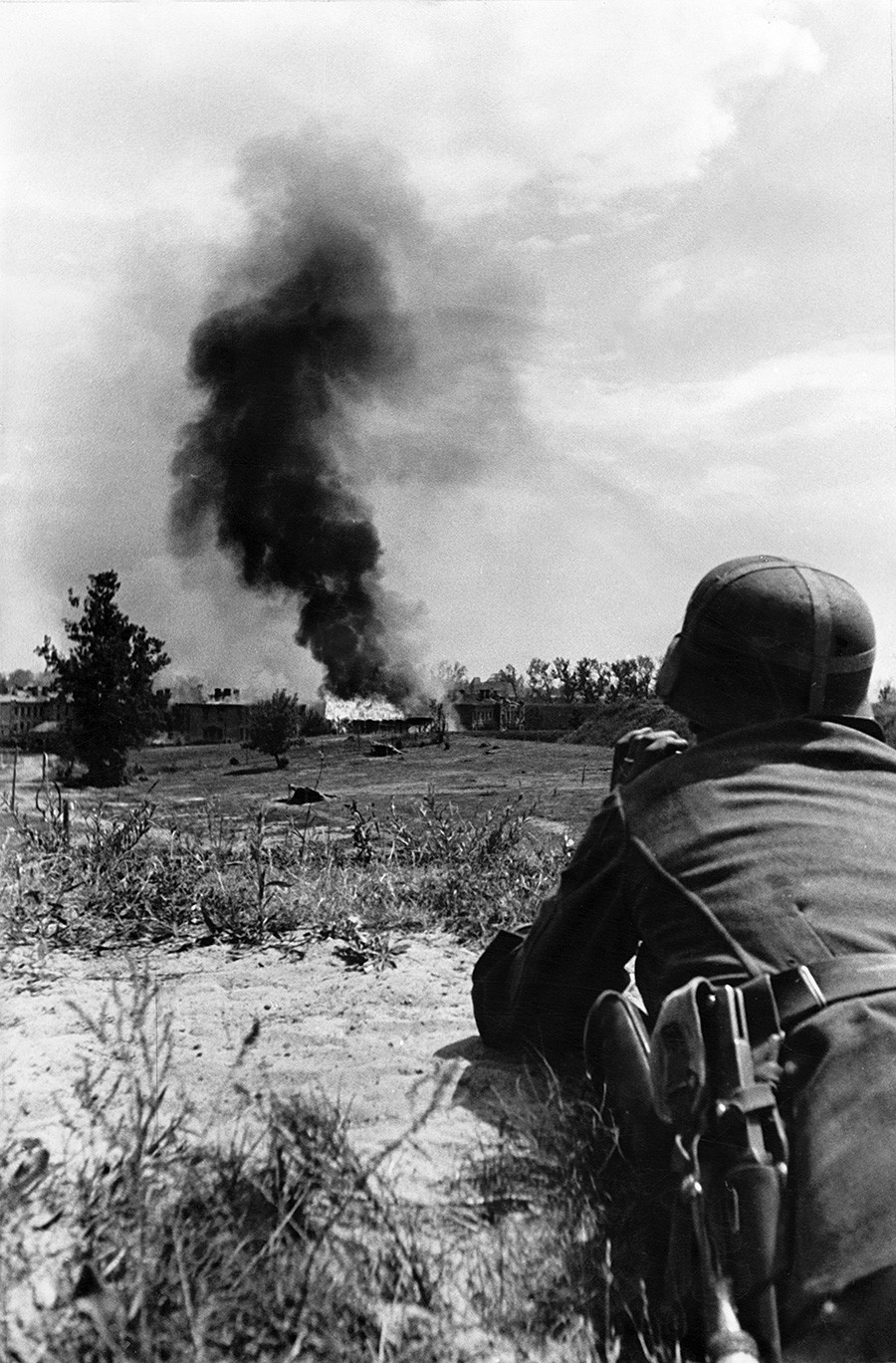 The fortress was built by the Russian Empire in the mid-19th century and by the start of World War II was already obsolete. Located at the confluence of the rivers Western Bug and Mukhavets, it consisted of a citadel sitting on an island and several forts, which in the 1930s were used mainly as barracks and warehouses. During the Soviet-Polish war of 1919-1921, the fortress was captured by Poland and was used, among other things, as a prison. 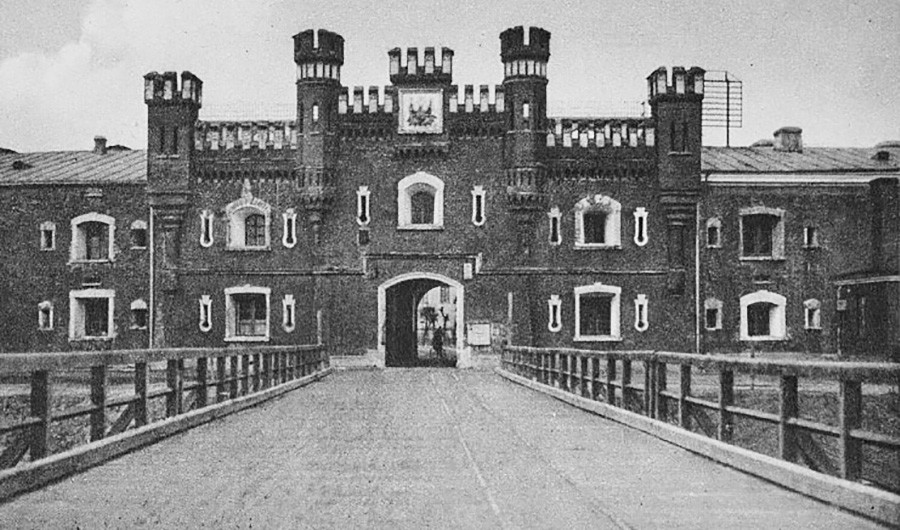 On September 2, 1939, on the second day of the German invasion of Poland, the Brest Fortress was bombed for the first time. Fighting over it lasted from September 14 to September 17. A Polish garrison of 2,500 people managed to repel seven enemy attacks, although the Germans had twice as many soldiers and were supported by aviation and 160 pieces of artillery. Once the resistance of the Polish garrison was suppressed, in accordance with the Soviet-German agreements, the fortress was handed over to the USSR. 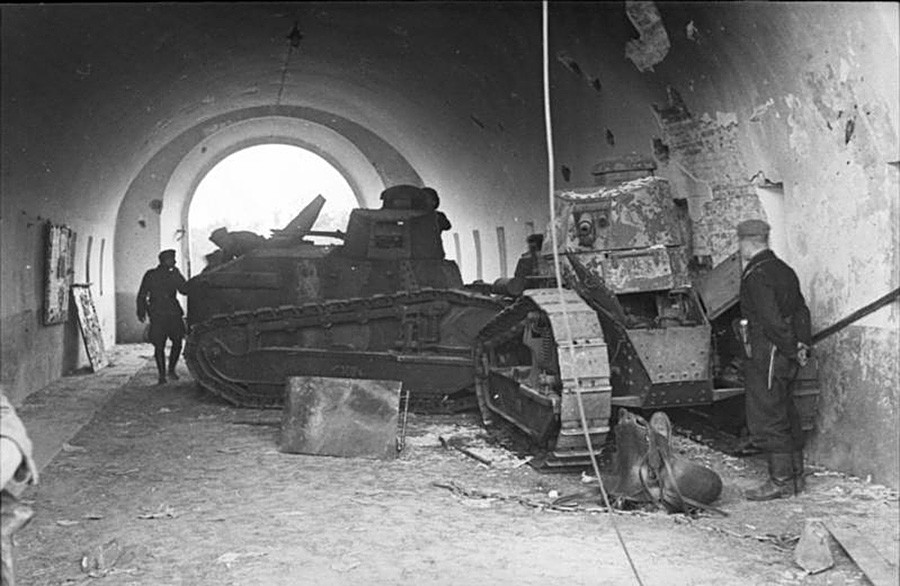 Brest fortress during the fight in 1939.

Fighting that took place there two years later was on a much larger scale. The attacking force was the 45th Infantry Division of the Wehrmacht, a former division of the Austrian army, numbering up to 15,000 soldiers. Deployed inside the fortress at the time were from 9,000 to 11,500 military personnel of the Soviet 4th Army, border guards, as well as up to 600 family members of the commanding personnel. Since many documents of the army headquarters were either lost during the fighting or destroyed by HQ staff themselves, there is no reliable data on the exact number of Soviet military personnel that were present in the fortress at the time. 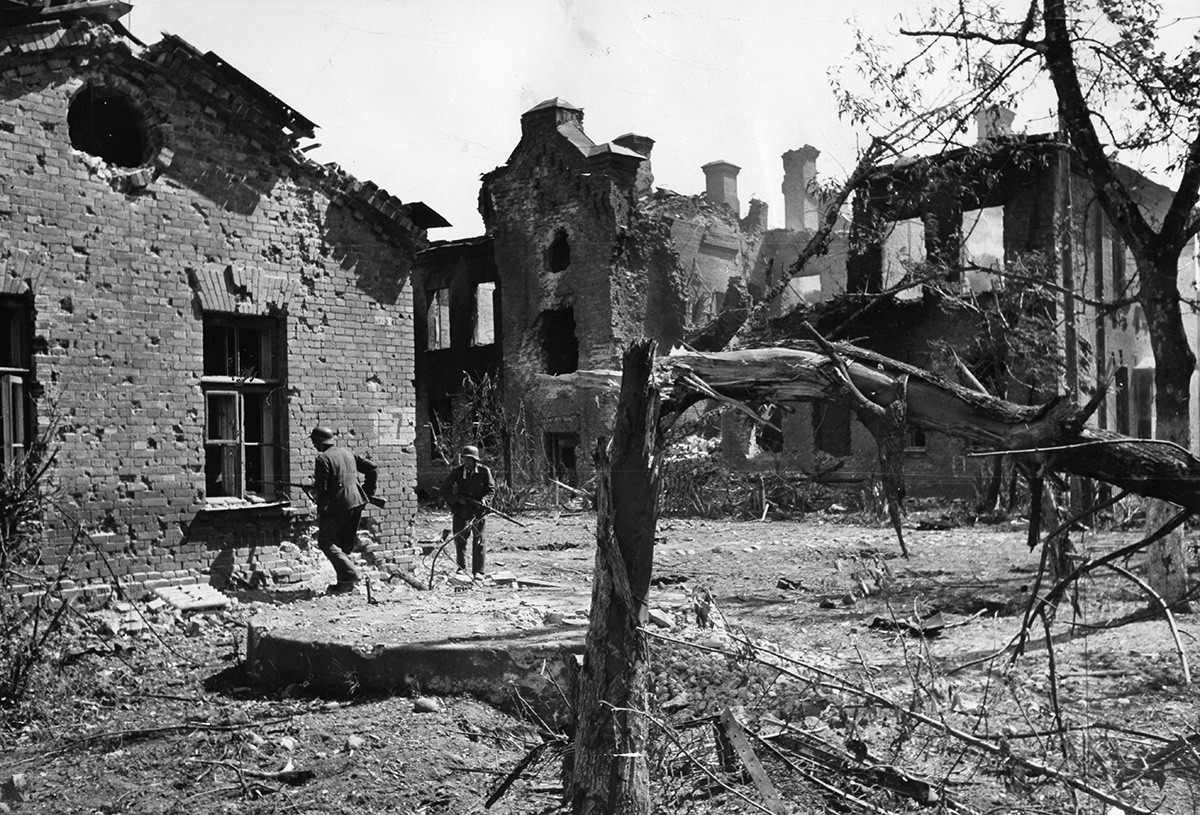 Brest Fortress during the fight in 1941.

After a powerful artillery preparation, the enemy began its assault. “The fortress turned into a sea of fire. Everything around was burning and rumbling. In our barracks, there was a hole in the ceiling, a piece of the wall had fallen off, and there were already [people] killed and wounded,” recalled Pyotr Kotelnikov, a cadet with the musical platoon of the 44th Rifle Regiment. As a result of the enemy’s surprise attack, the garrison broke up into several separate centers of resistance. Nevertheless, defenders of the fortress managed to repel eight German attacks, inflicting casualties on the enemy and pushing them back. 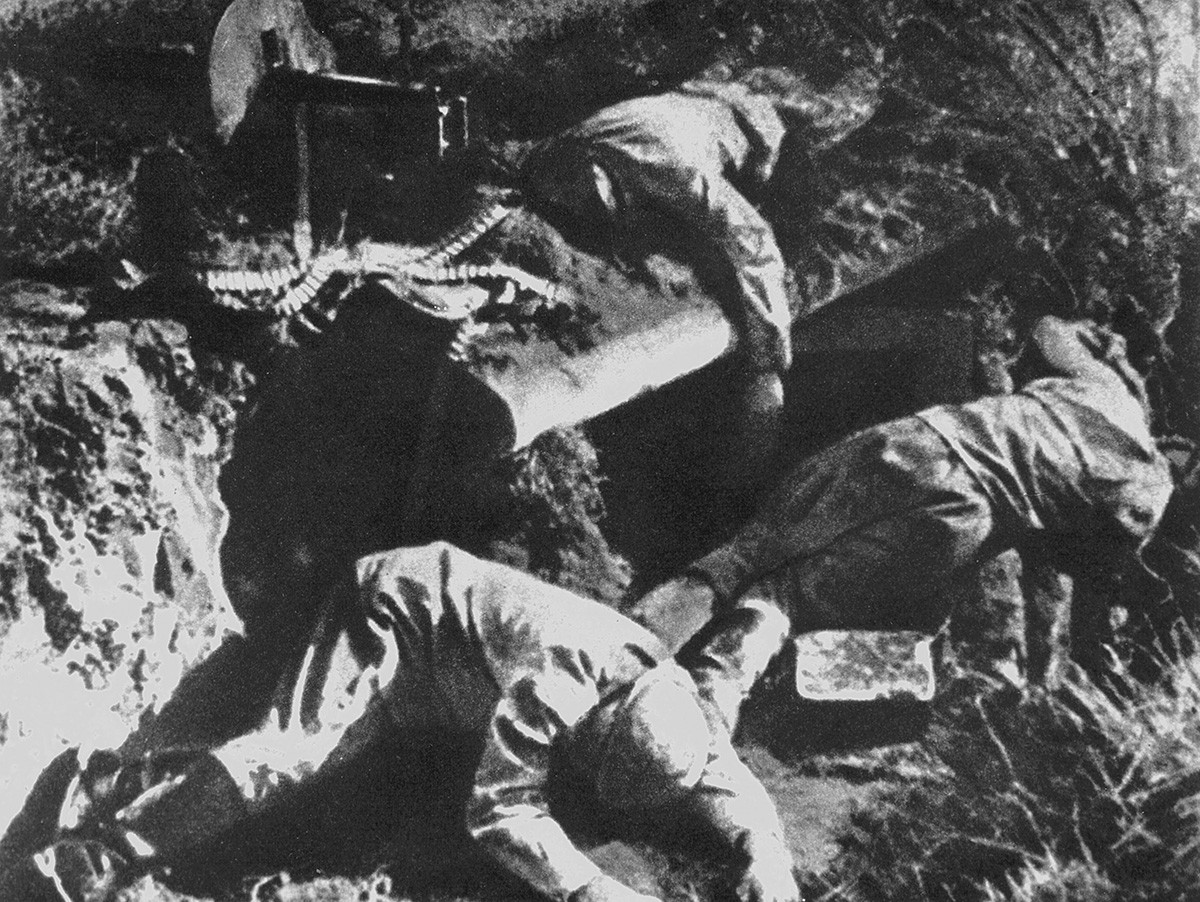 Corpses of Soviet soldiers lying next to their machine gun, in the ruins of Brest Fortress.

Part of the garrison managed to retreat from the fortress before, by 9 a.m. on June 22, it was completely surrounded by the enemy. Inside, the remaining personnel of several rifle regiments, an NKVD escort guard battalion and border guard detachments continued to fight. Faced with their fierce resistance, the enemy managed to gain a foothold only in individual sections of the citadel. More than once, soldiers had to engage in hand-to-hand combat. Samvel Movsesyan, who served in the 84th Infantry Regiment, recalled: “When I shouted: Follow me! For the Motherland! Many were already up and ahead of me. At the entrance, I ran into a German officer. He was a tall guy. I was lucky that he too was armed with [only] a pistol. In a split second... we pulled the trigger at the same time, his bullet scratched my right temple, while he remained there... I bandaged the wound with the help of our nurse.” 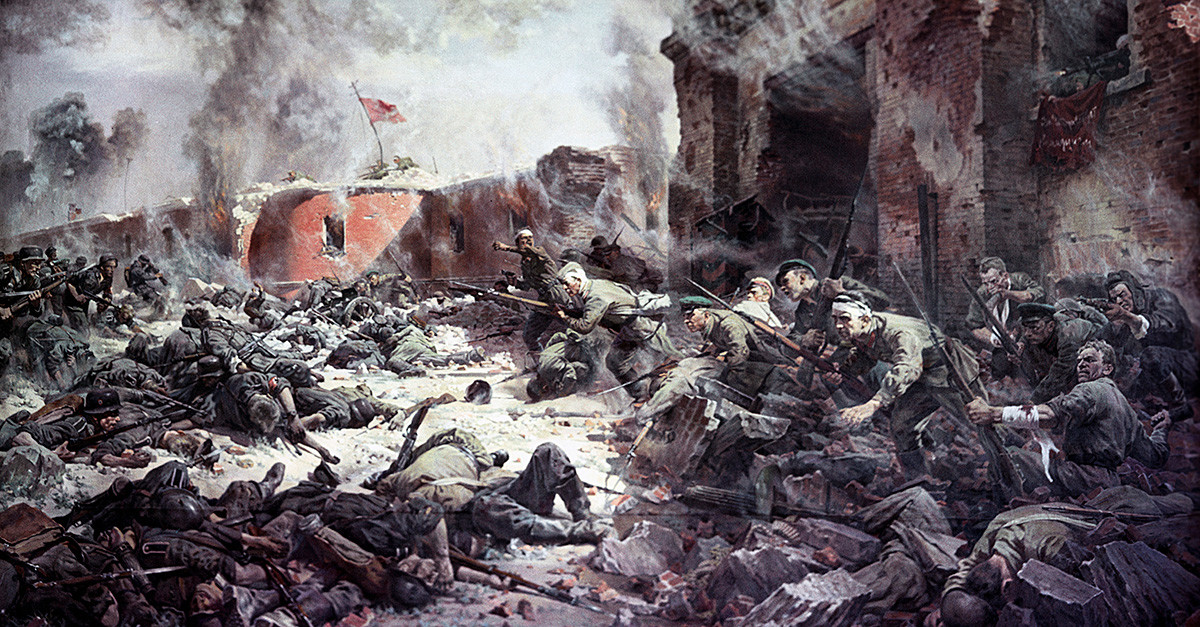 “I will never forget the border guard with machine-gun wounds to both his legs,” recalled Natalya Kontrovskaya, a lieutenant’s wife. “When I gave him first aid and the women wanted to take him to cover, he protested, asking to tell Lieutenant Kizhevatov that he, lying by the machine gun, could still fire at the fascists.” Suffering losses, in the early hours of June 23, the enemy pulled back its troops to the outer walls of the fortress, at the same time hitting the citadel with artillery fire. In response to the subsequent invitation to surrender, some 1,900 Soviet soldiers laid down their arms. 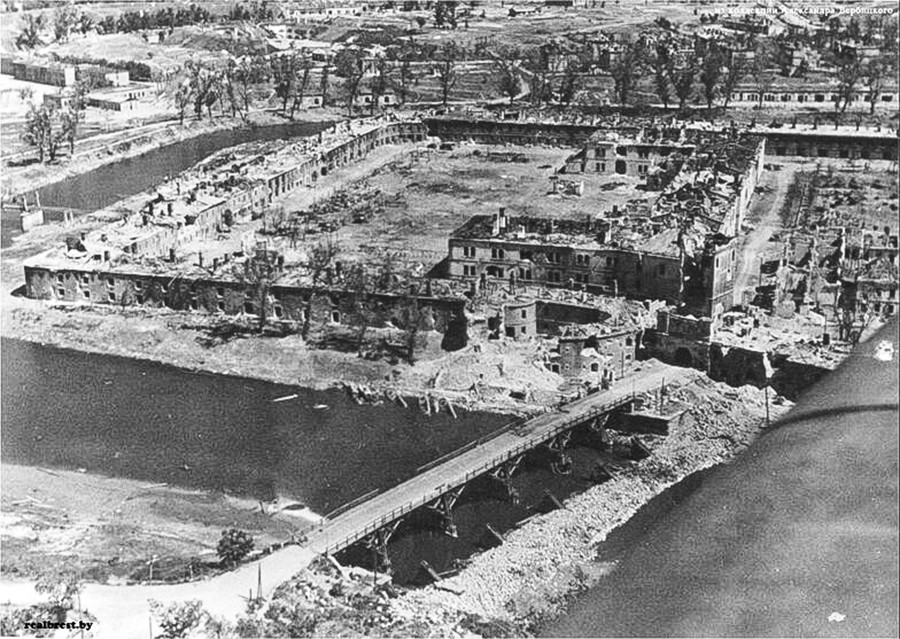 Terespol gates of the Brest Fortress.

One major center of resistance was a section of the circular barracks in the eastern part of the citadel, which the Germans called the ‘Officers House’. Having pushed the German infantry out of there, several disparate detachments formed a single battle group, which tried to break out of the fortress, but failed. They held out until June 26, when German sappers finally crushed their resistance by blowing up the fortifications in several places. “The Nazis searched us, took all our personal belongings and, having selected a group of about 20 people, ordered them to clear the area of dead bodies,” recalled Private Sergei Kuvalin. “We gathered and buried killed Soviet soldiers in the nearest crater, without identifying or registering them in any way. The corpses had already started to decompose and it was hard to breathe. With the German soldiers, we piled up the bodies, removed all their documents and passed their dog tags to an officer, who was standing further on with a bottle of cologne in his hands.” 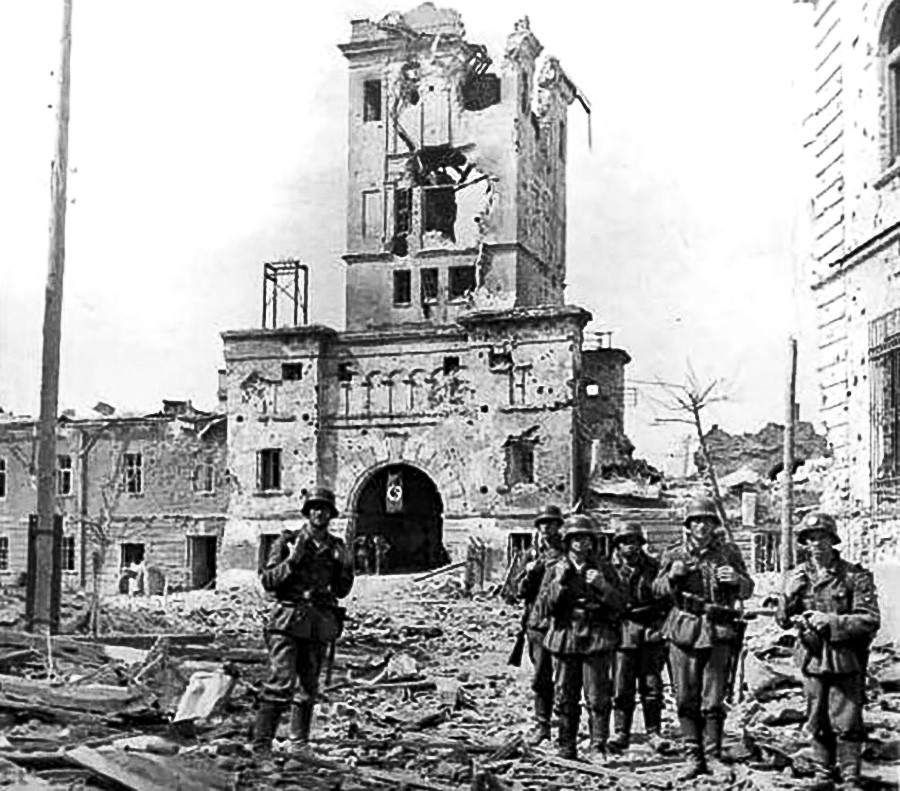 “We did not know that the front had already moved far beyond Brest, and kept sending out reconnaissance groups to find out where our troops were. But, as a rule, those groups never came back...,” Pyotr Kotelnikov recalled. By June 30, there were no organized troops left inside the fortress, but individual servicemen continued to fight by themselves for a long time. One of the walls of the fortress bears the inscription: “I am dying, but I am not surrendering! Goodbye, Motherland. 20/VII-41.” On July 23, a gravely wounded Major Pyotr Gavrilov was taken prisoner. He was dressed “in full uniform, but all his clothes had turned into rags, his face was covered in powder soot and dust, and an overgrown beard. He was wounded and unconscious, and looked exhausted to the extreme. He was not much more than skin and bones.” The Germans could not believe that just an hour before being captured this man was still in fierce combat with them. 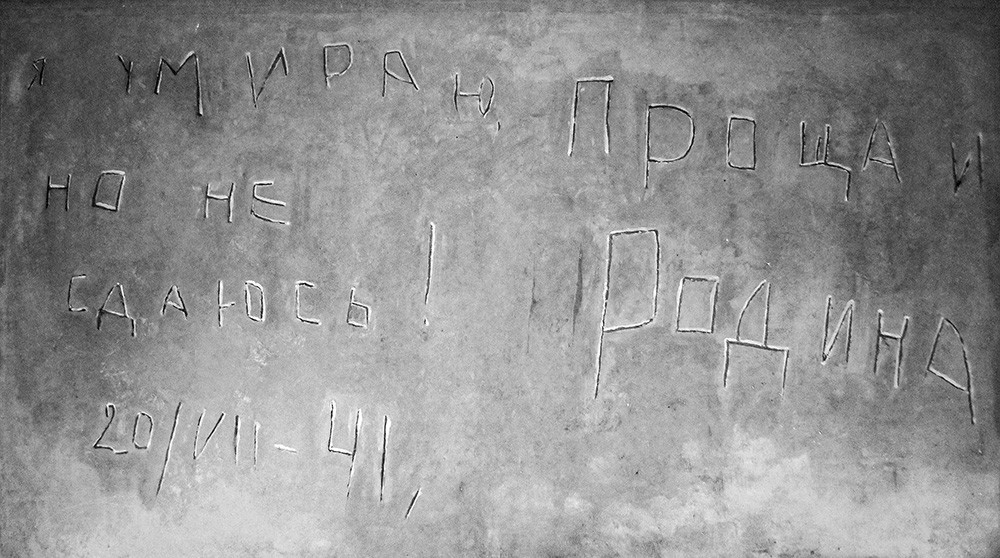 According to German figures, in the assault on the Brest Fortress, more than 7,000 Red Army soldiers were captured, about 2,000 were killed, and a handful managed to escape from the fortress. The Wehrmacht had more than 500 of its servicemen killed and about 700 wounded. “The Russians in Brest-Litovsk fought with extremely fierceness and tenacity. They showed excellent infantry training and proved a remarkable will to fight,” the commander of the 45th Infantry Division, Lieutenant-General Fritz Schlieper, wrote in a combat report. News of this unexpectedly fierce resistance reached the very top: in late August, Adolf Hitler and Benito Mussolini visited the fortress. 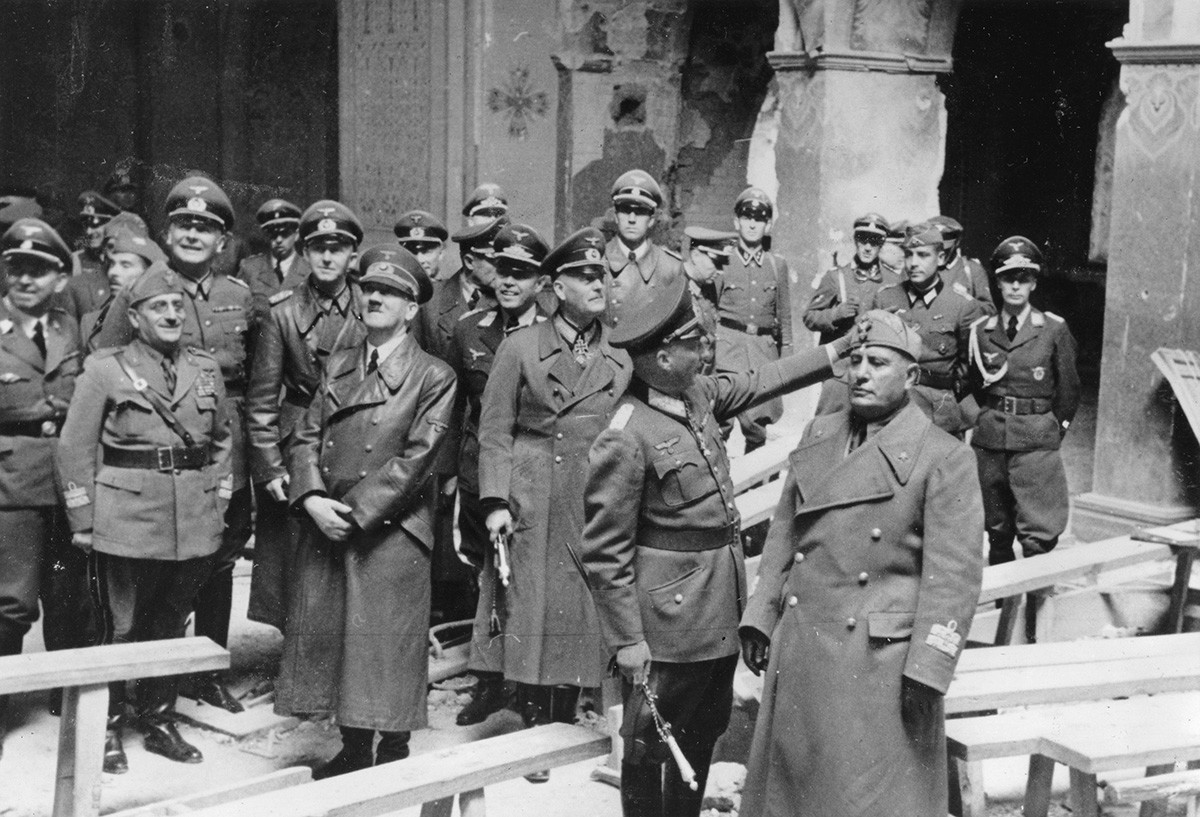 In the chaos of the first months of the war, no-one in the Soviet Union was aware of the heroism of the defenders of the Brest Fortress. It became known only in February 1942, when outside Orel, the Red Army seized the archive of the headquarters of the defeated 45th Infantry Division. The heroic defense of the Brest Fortress became widely known only in the 1950s, turning into one of the most important symbols of the Victory. 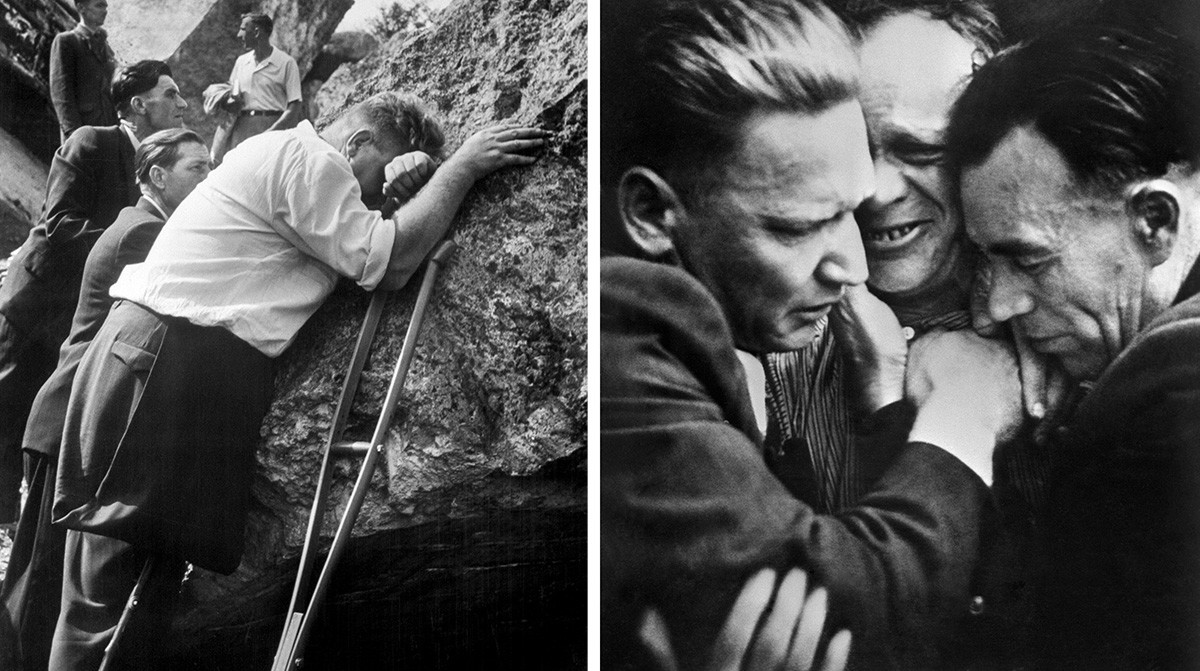