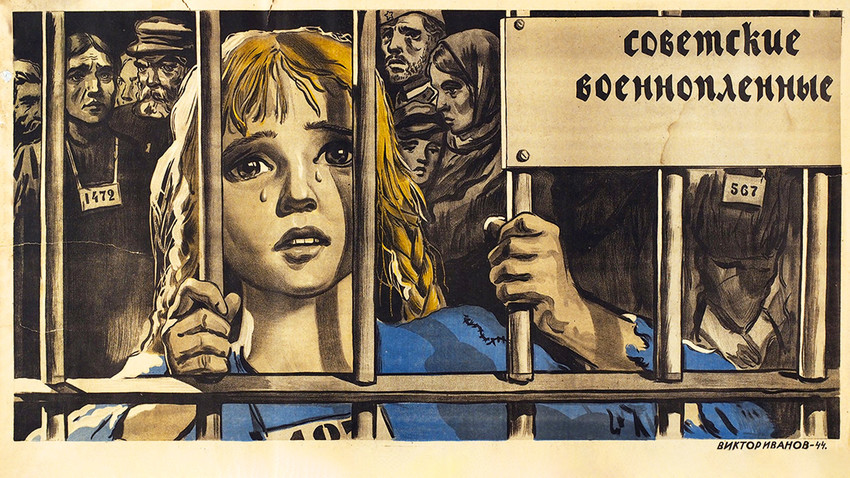 V. Ivanov (1944)
Brave soldiers, grieving mothers and suffering children, frontline acts of valor - all of these images were put to good use by artists to motivate the nation to come to the defense of the Homeland.

Propaganda for the youth

In wartime, the factories were in steadily increasing need of new manpower. Everyone was to be brought onboard to contribute: school and college students, as well as handicraft apprentices. 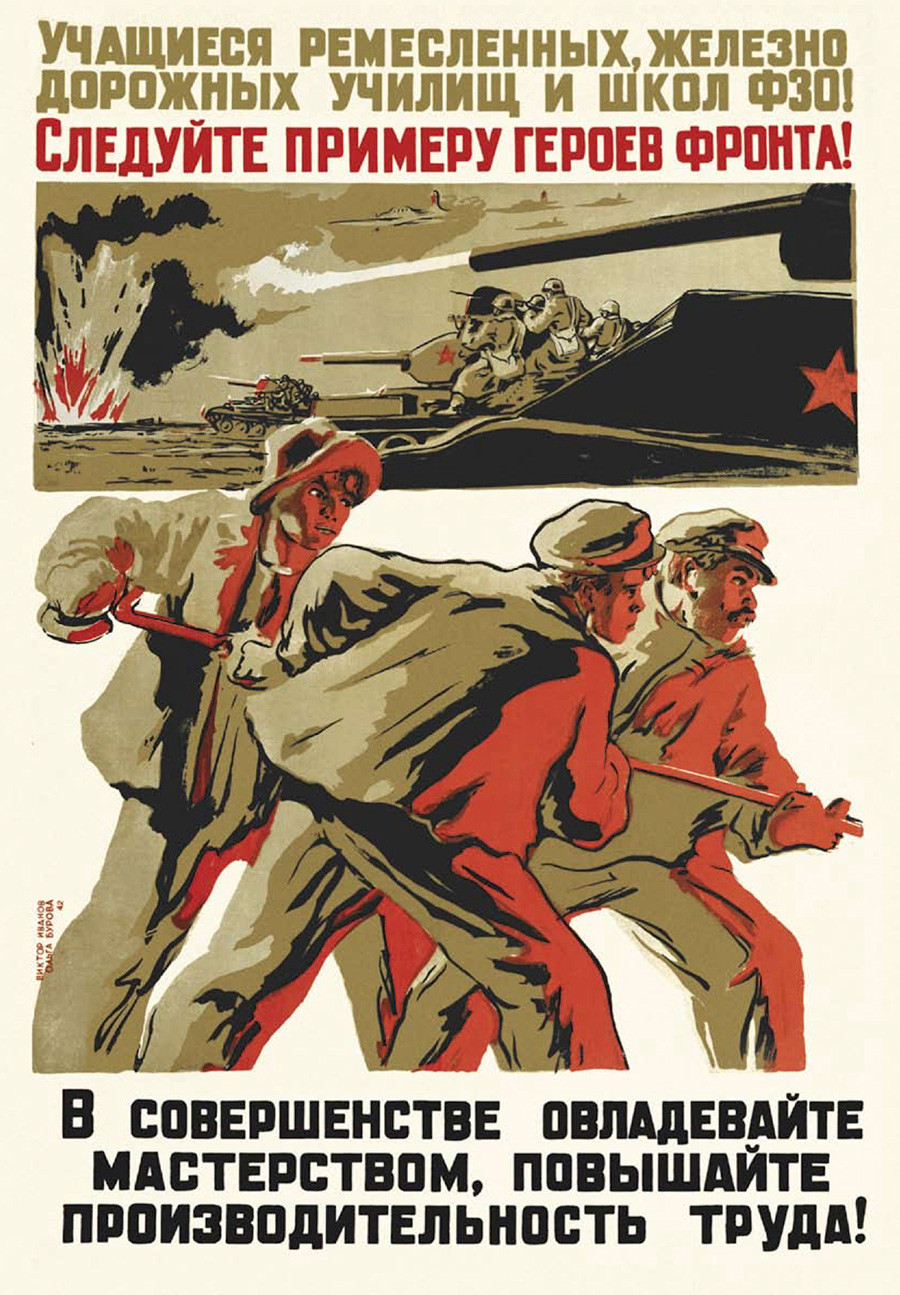 Ivanov and O. Burova - “Students of railroad and handicraft schools! Follow the example of heroes on the front!” (1942)

The artists also called for the children to help in ferreting out the enemy. The pioneers in this poster by Aleksey Pakhomov stand ready to report the landing of German airborne troops. 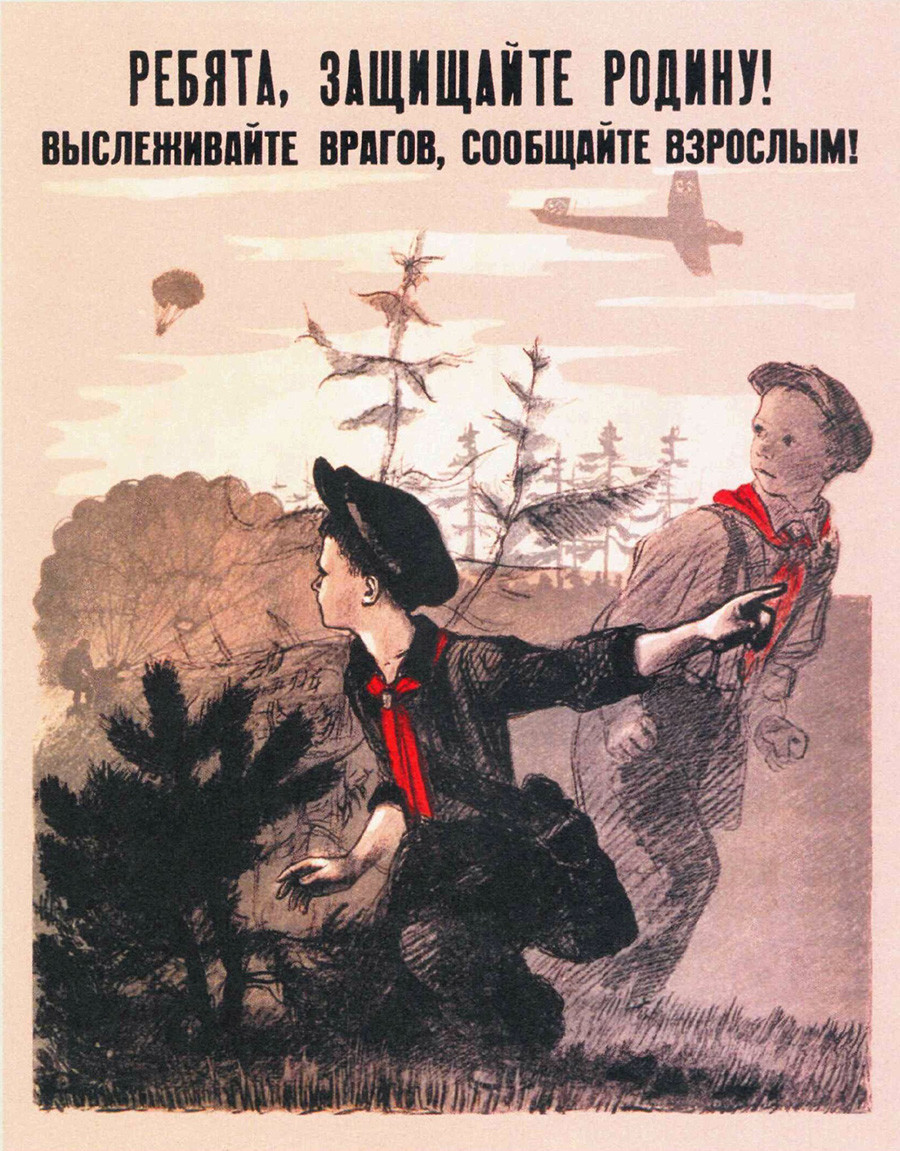 F. Pakhomov - “Children, protect the Motherland! Watch out for enemies, report to adults!”

Aside from helping out on the front, children were motivated to reach new heights in school. 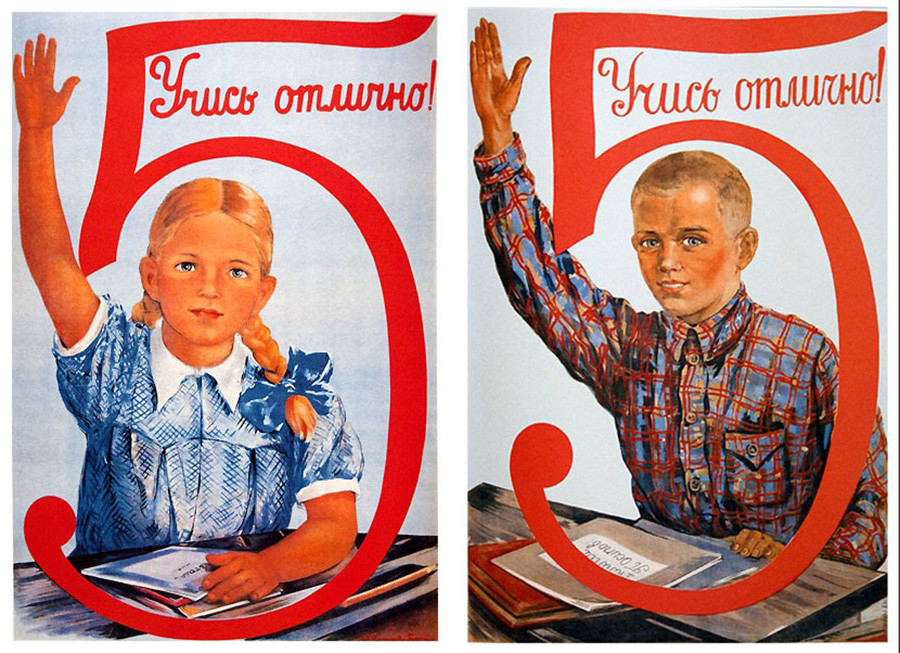 Propaganda at the factories

To rally factory workers, propaganda architects would illustrate quite literally how their labor contributed to the destruction of the enemy on the battlefield. 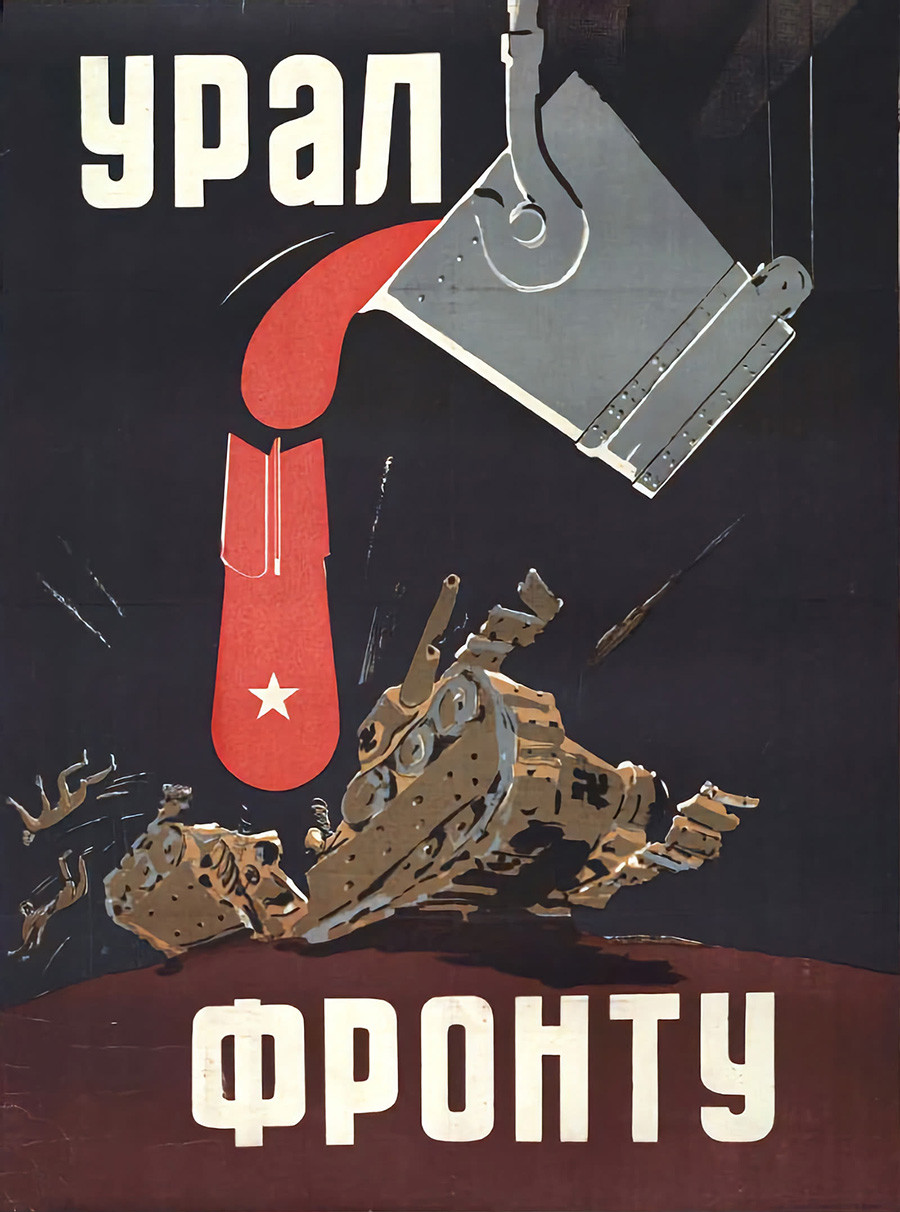 Posters would also display women working in factories and in fields instead of men. The image of the tractor woman was positioned as a counterpart to that of the male tank driver. 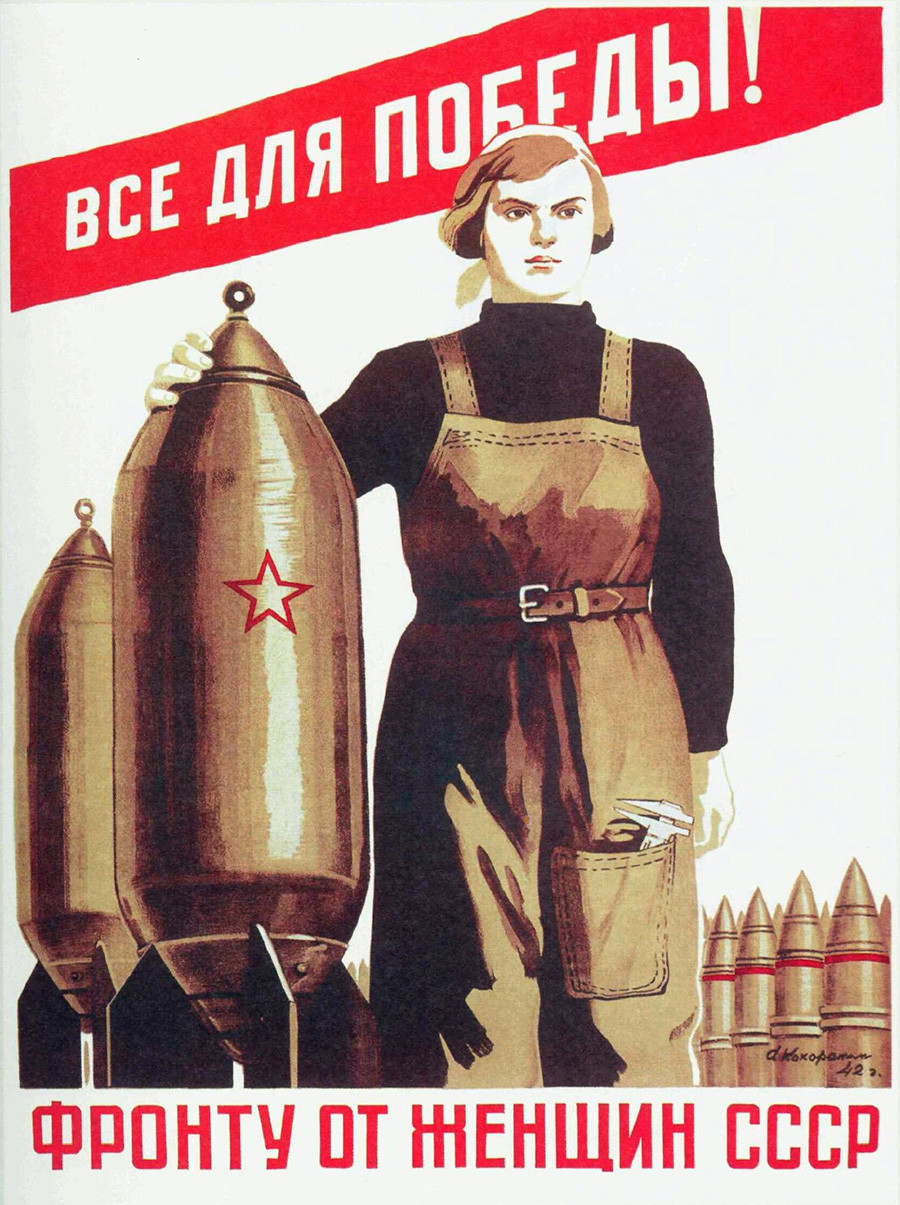 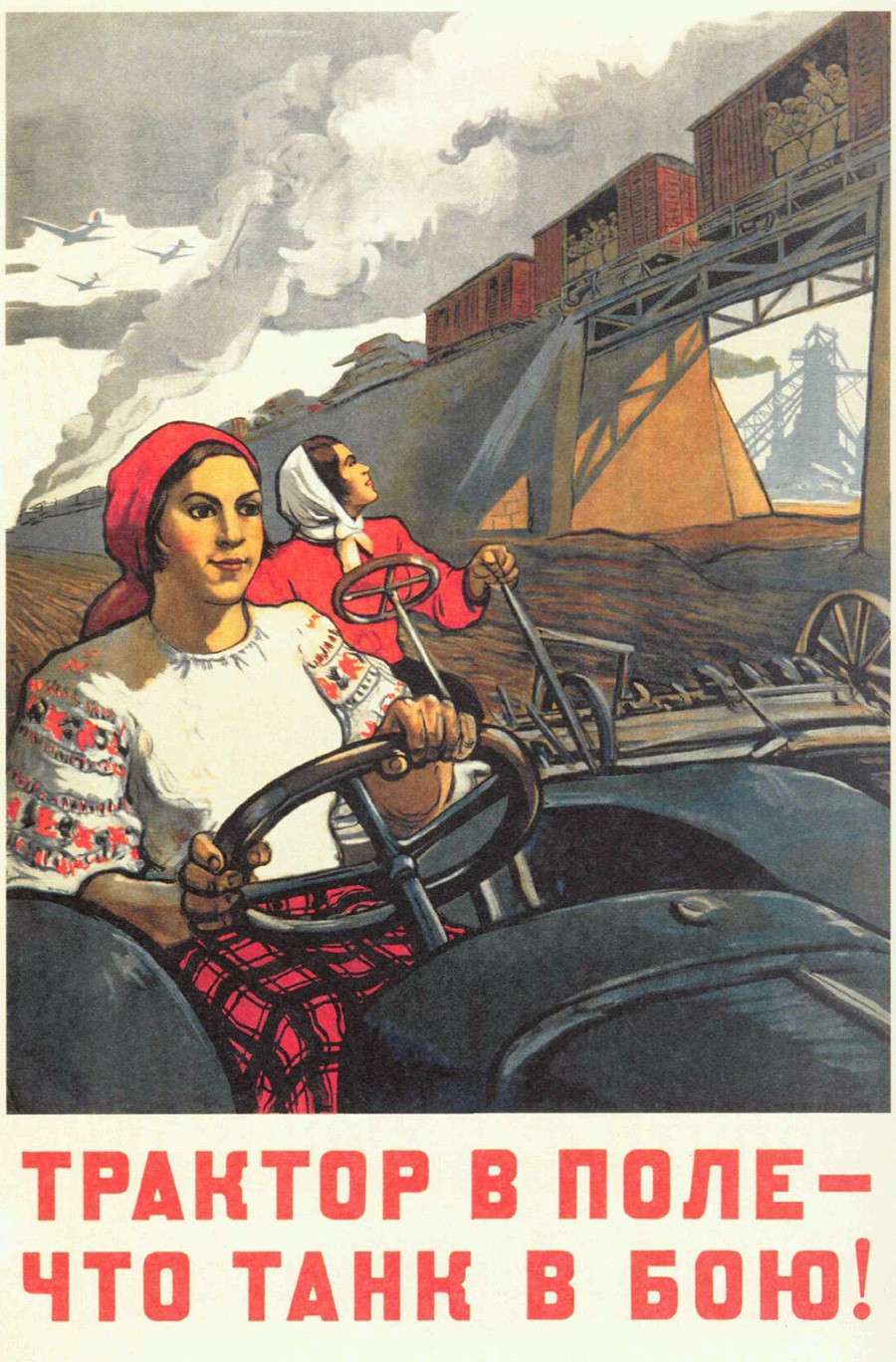 Propaganda for the soldiers

Children, women and the elderly would also often be pictured on posters to motivate the soldiers. The sight of those who stayed behind at home - faced wary and full of desperation - were there to elicit compassion and anger at the Nazis. 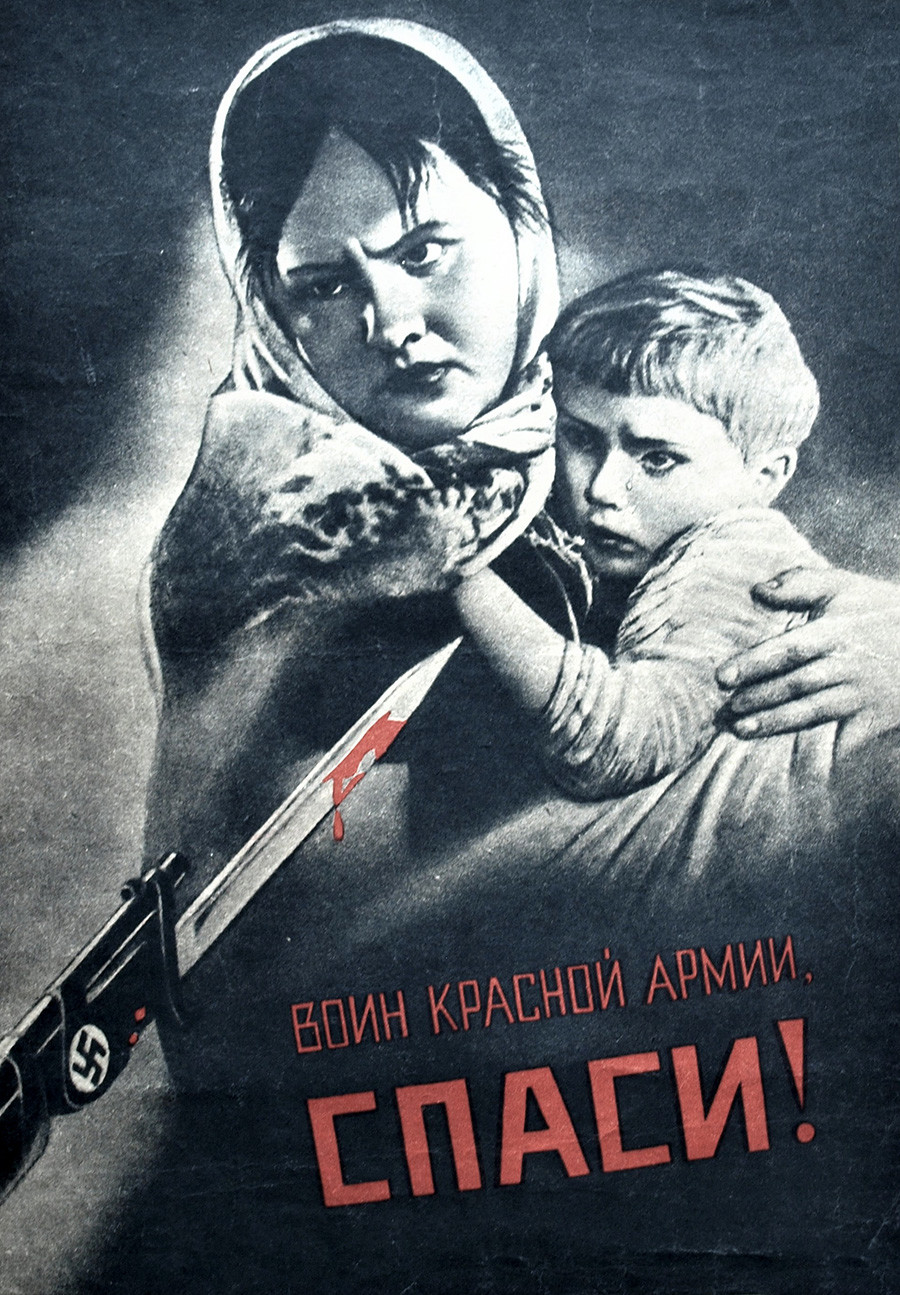 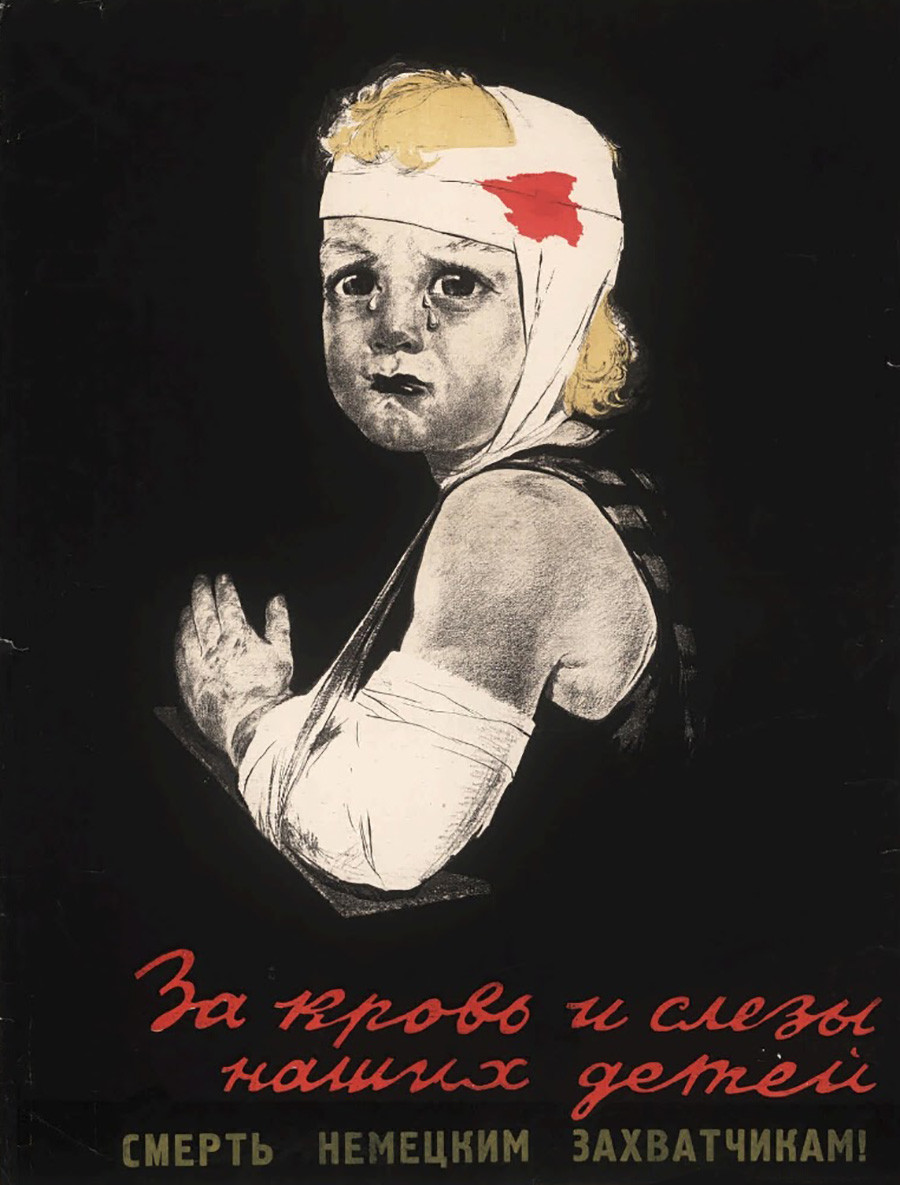 A. Kazantzev “For the blood and tears of our children: death to German invaders!” (1943) 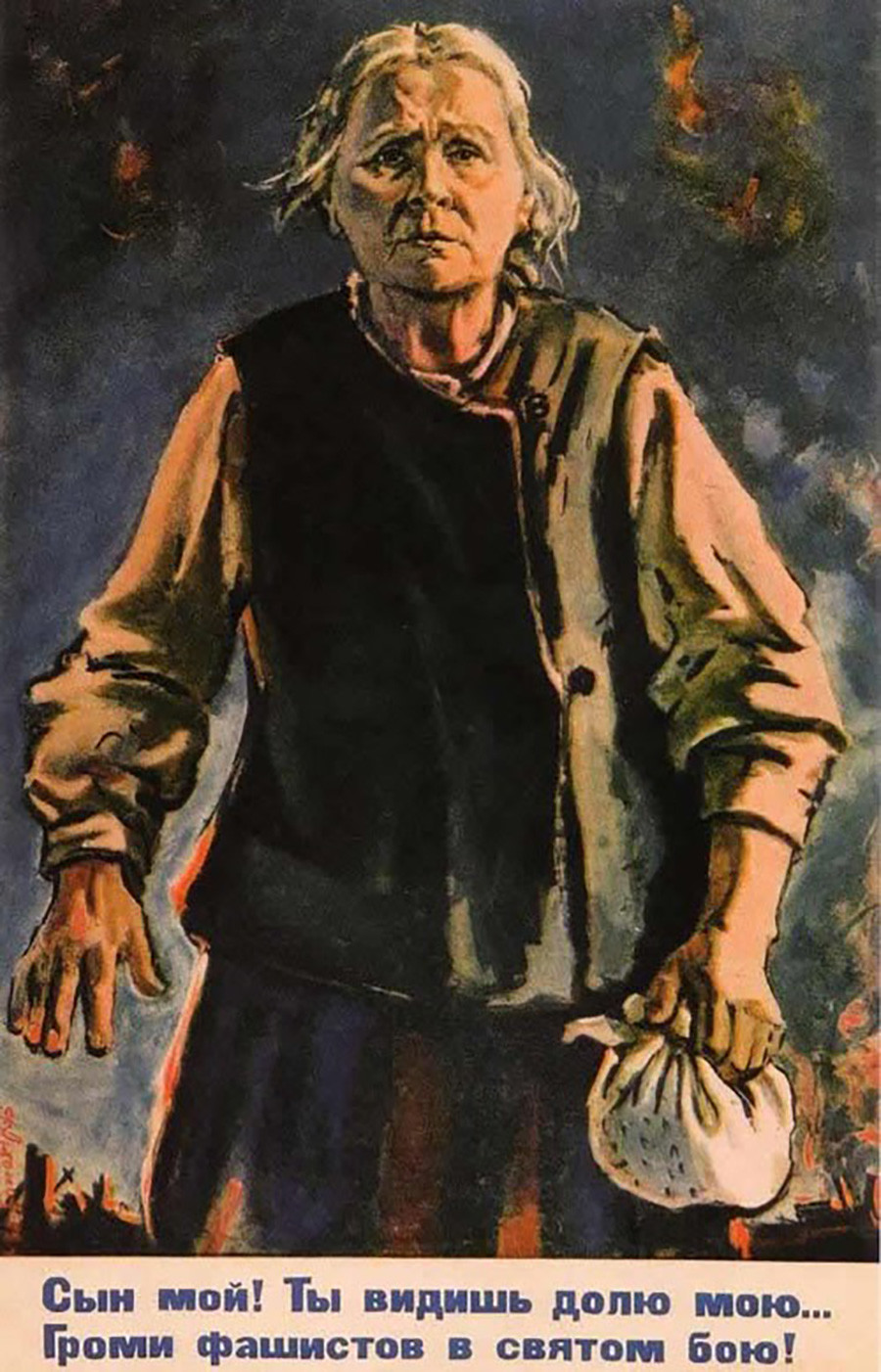 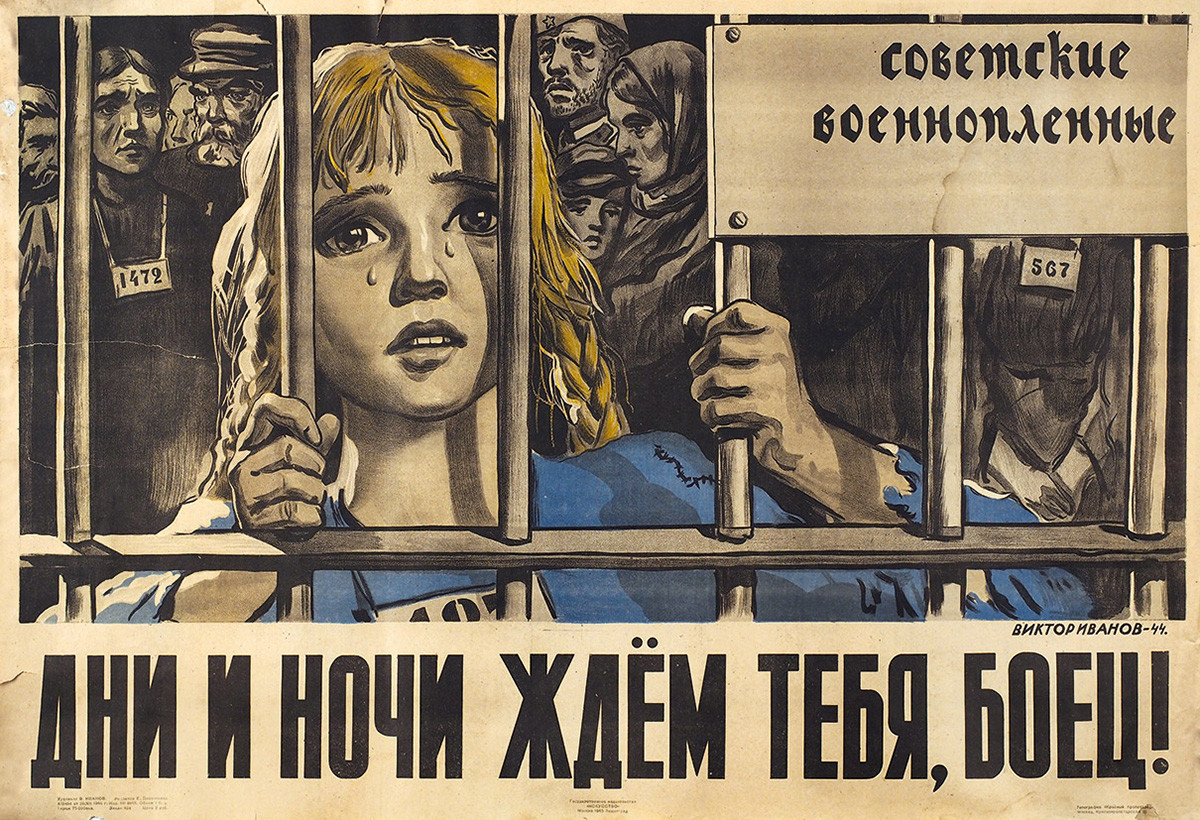 Artists would often depict soldiers’ selfless acts and include motivational quotes from Joseph Stalin and other figures, such as Prince Dmitry Donskoy, who crushed the Mongol-Tatars in the 14th century. 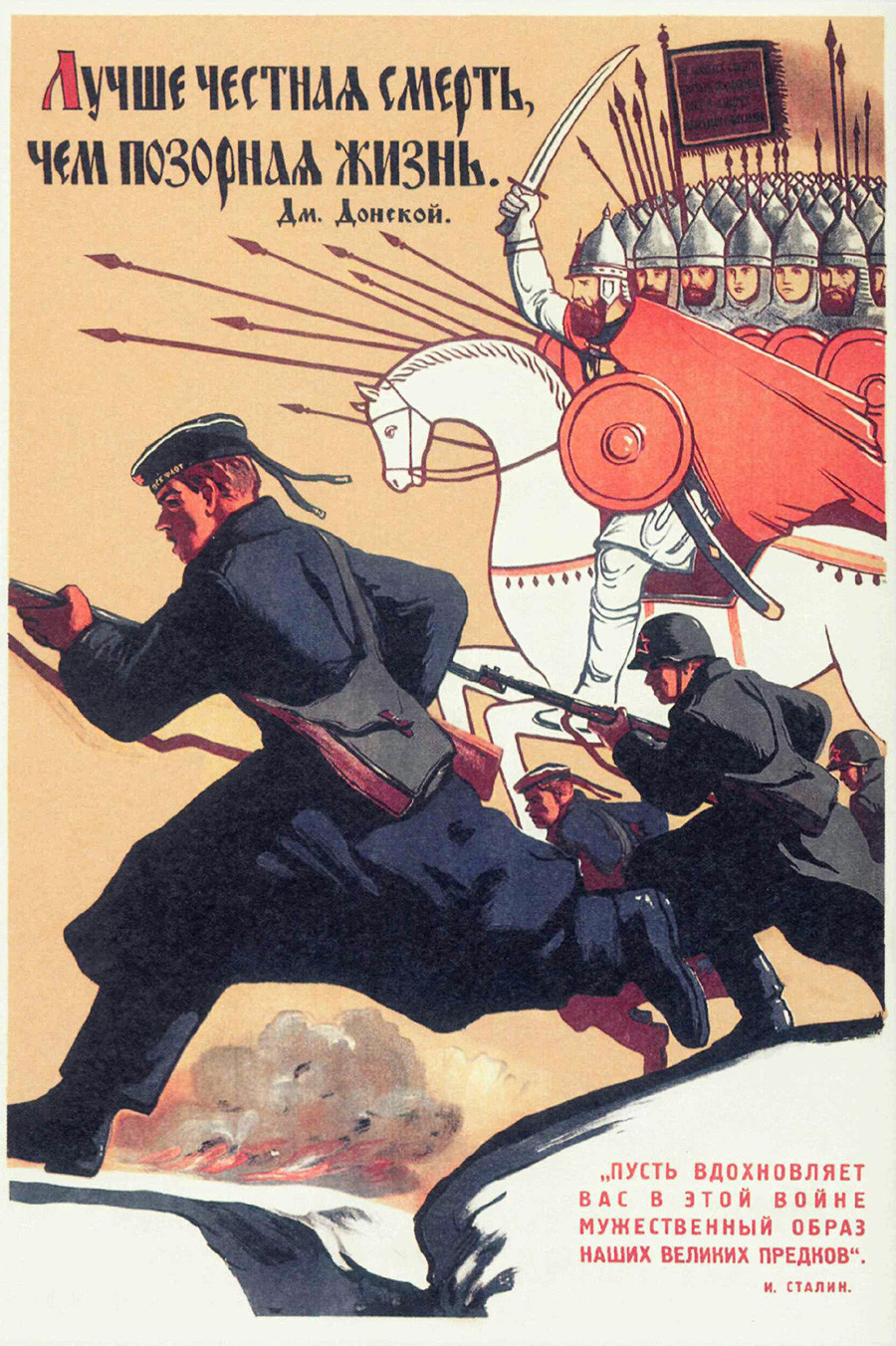 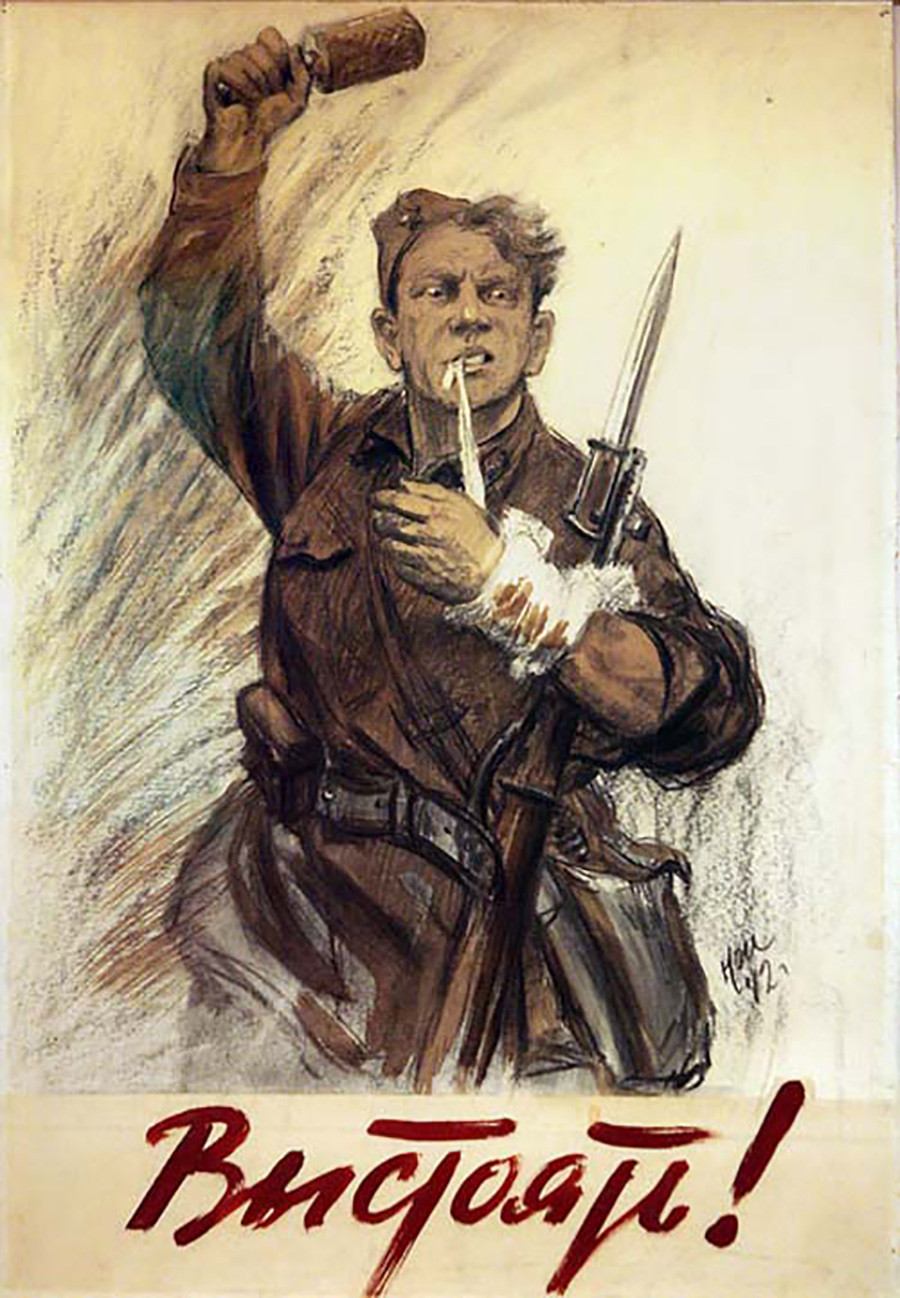 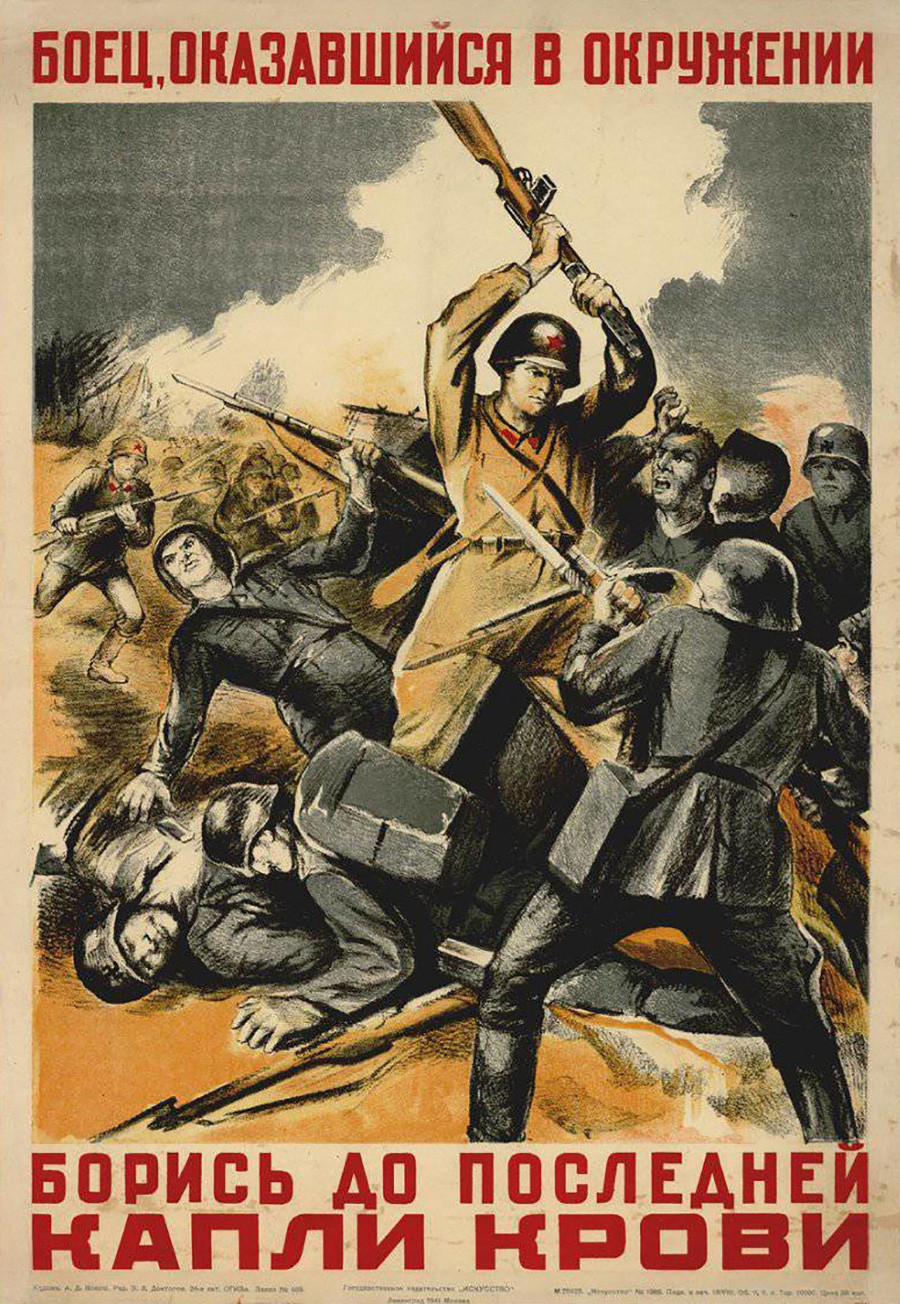 The topic of family

During wartime, the Soviet government tried to provide additional financial assistance to children, single mothers and orphans who had lost their parents in the war. 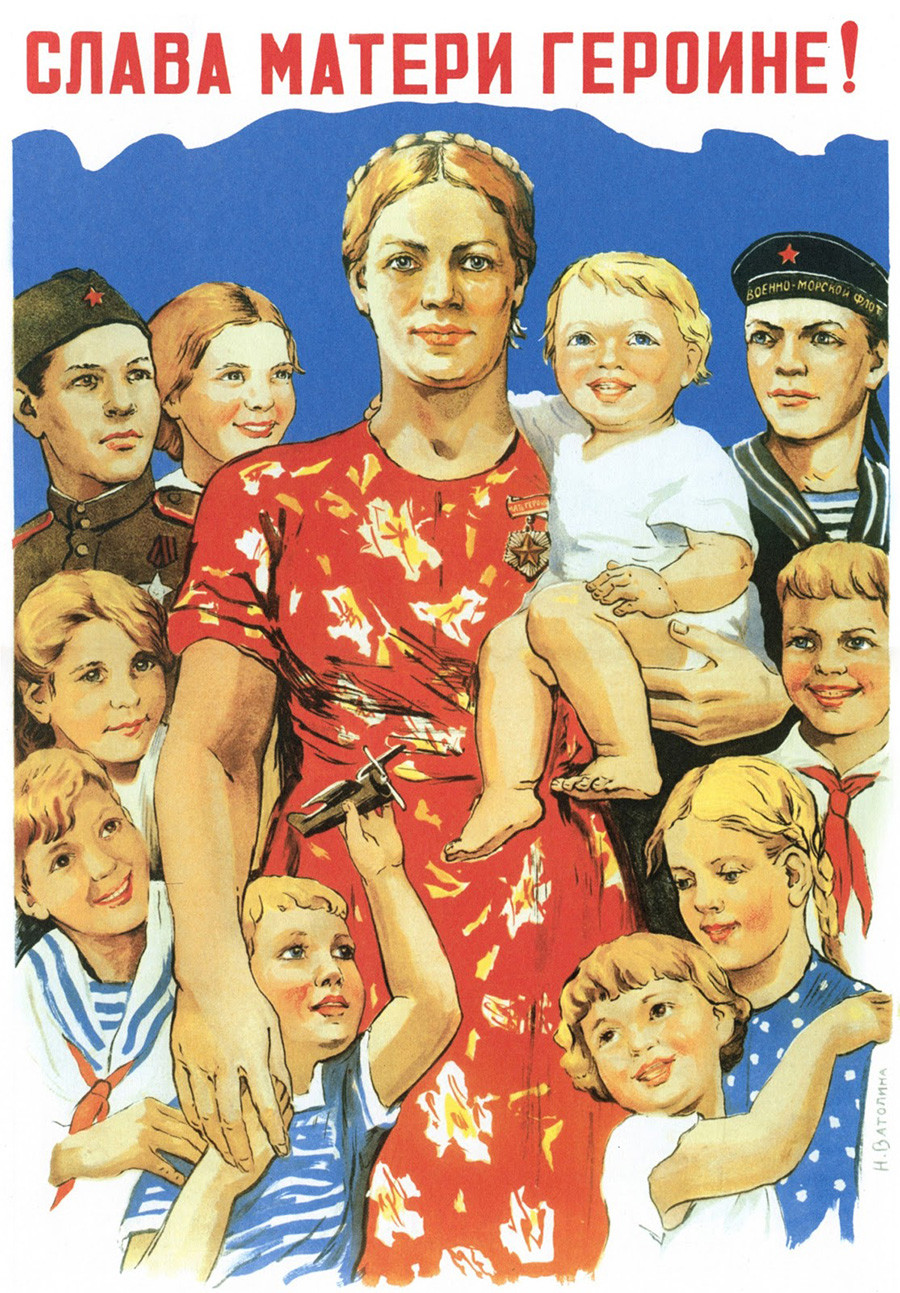 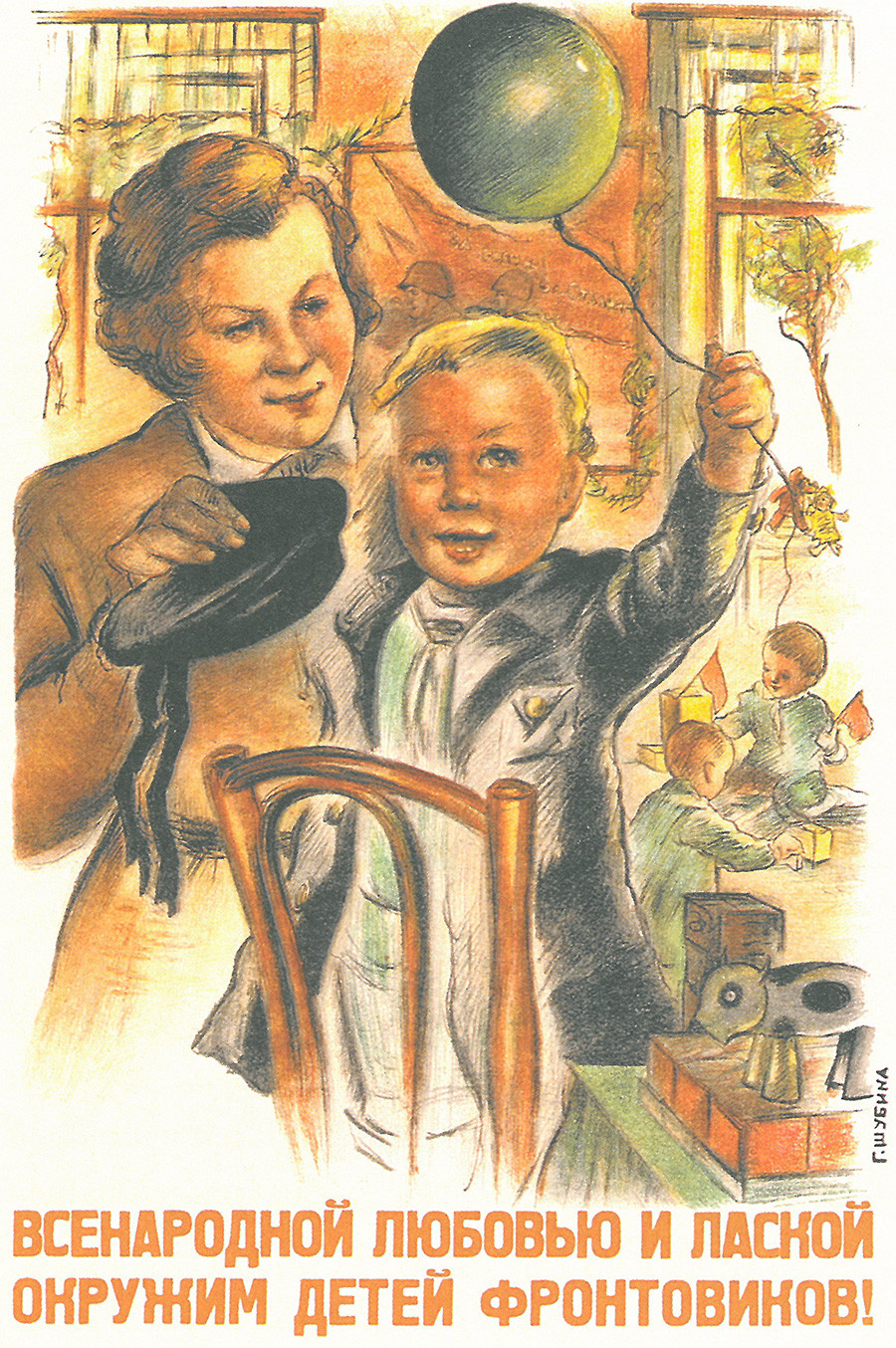 G. Shubina “Let us surround the children of the front-liners with love and care!” (1944)